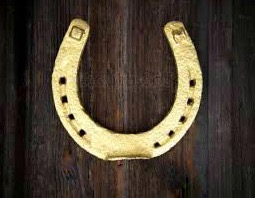 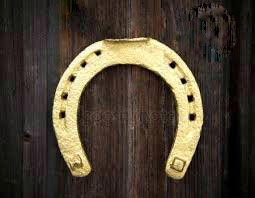 In France, however, they tend to hang it the other way round so that all the good luck is poured out upon those who enter beneath. 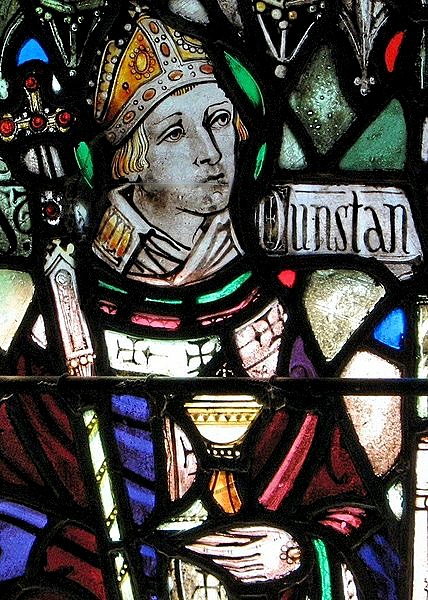 A medieval horseshoe story tells of Dunstan (909 - 988) an English bishop who became the Abbot of Glastonbury, Bishop of Worcester, Bishop of London, and finally the Archbishop of Canterbury. St. Dunstan was formally canonised in 1029, his feast day being the 19th May. Prior to Thomas Becket's martyrdom in 1170 St. Dunstan was the most popular saint in Anglo Saxon England for nearly two centuries. He gained his fame for the many stories of his greatness, not least amongst which, were those concerning his cunning in defeating the devil. There are numerous English literature references to St. Dunstan and the devil, including the following ditty.
St. Dunstan, as the story goes,
Once pulled the devil by the nose
With red-hot tongs, which made him roar,
That he was heard three miles or more. 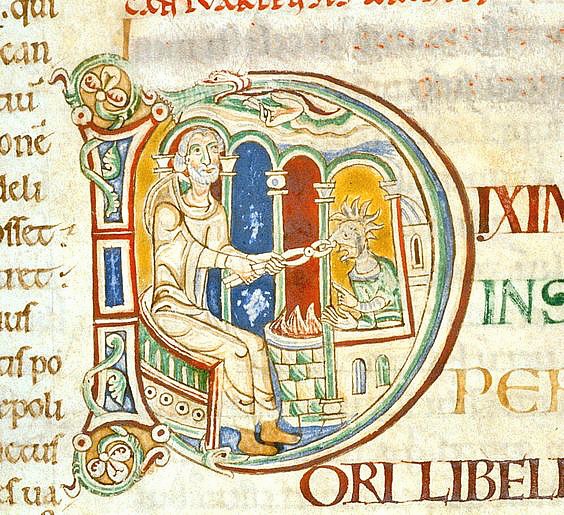 An illustration from a medieval manuscript held in the British Library showing St. Dunstan tweaking the devil's nose with his blacksmith tongs. 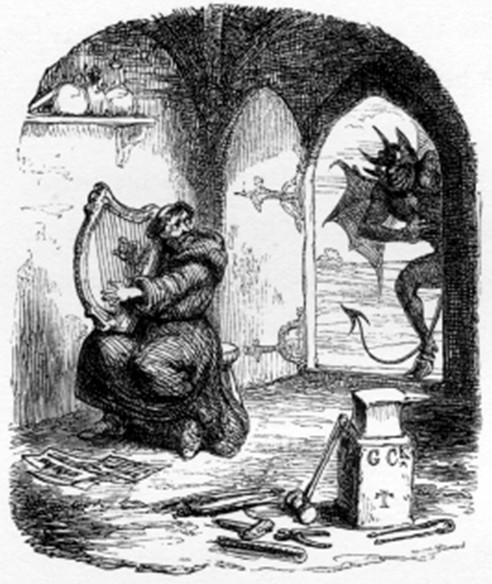 The devil entering the small hermitage where St. Dunstan studied, played upon his harp and practised the art of being a blacksmith. The devil asked St. Dunstan to nail a horseshoe to his cloven hoof but in doing so Dunstan caused the Devil great pain. He only agreed to remove the shoe and release the Devil from his pain after he had promised never to enter a building with a horseshoe placed above the door. 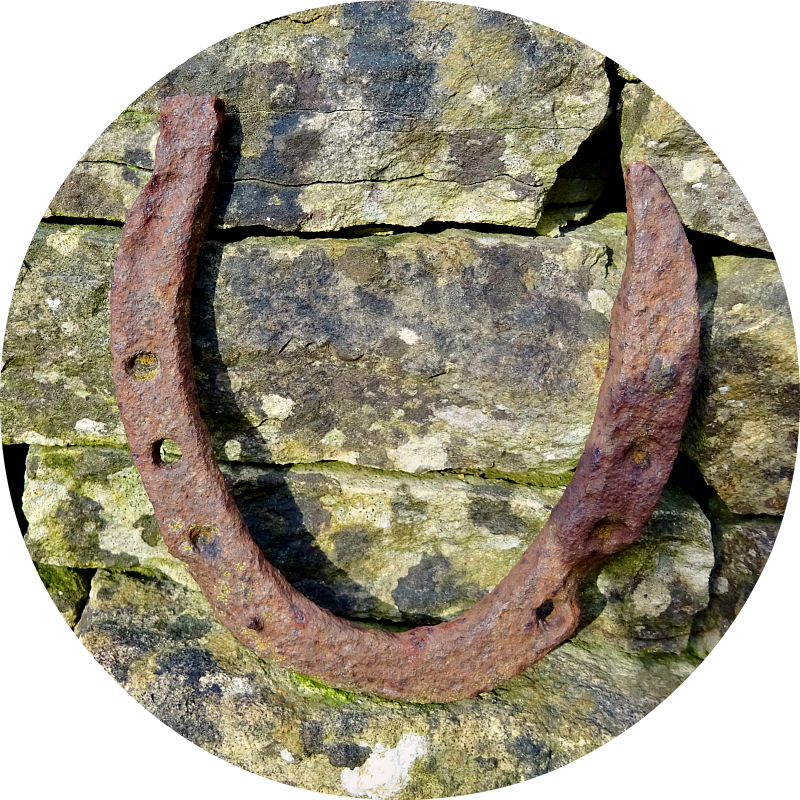 I have had the above horseshoe for more years than I care to remember, but do I believe in good luck? I can only tell you that I had forgotten all about the horseshoe until I started writing this post. I then remembered that it was outside sitting on a ledge in our courtyard walled garden. It sits alongside several other old rusty ornamental items found over the years that we now use as decorative garden objects.
Posted by Rosemary at 10:28