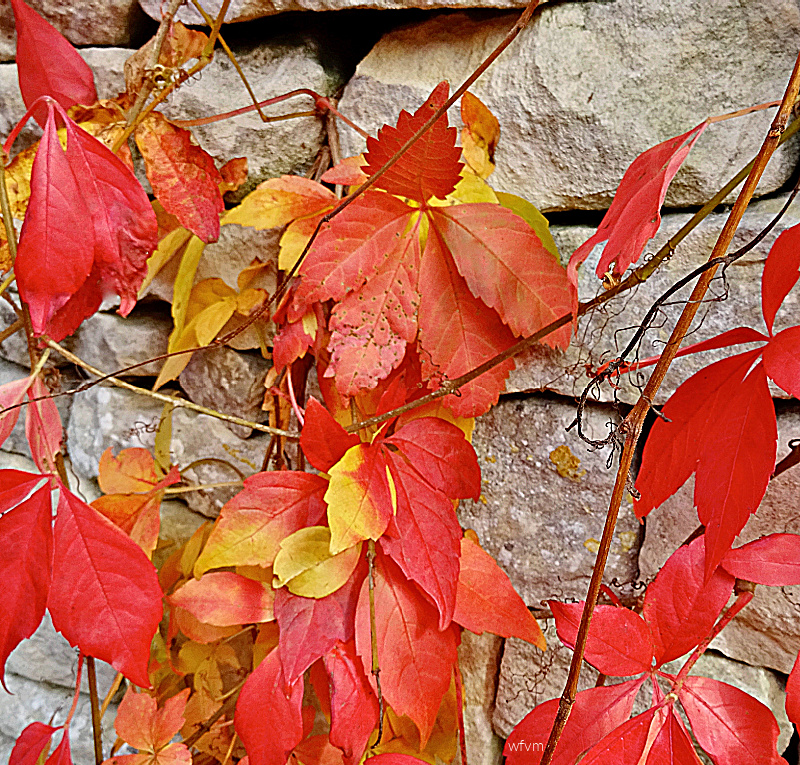 The following poem has been written by our son and dedicated to John.  Depicting a typical October day whilst reflecting on the soul of our country - poignant feelings that continue to resonate up and down our small kingdom. 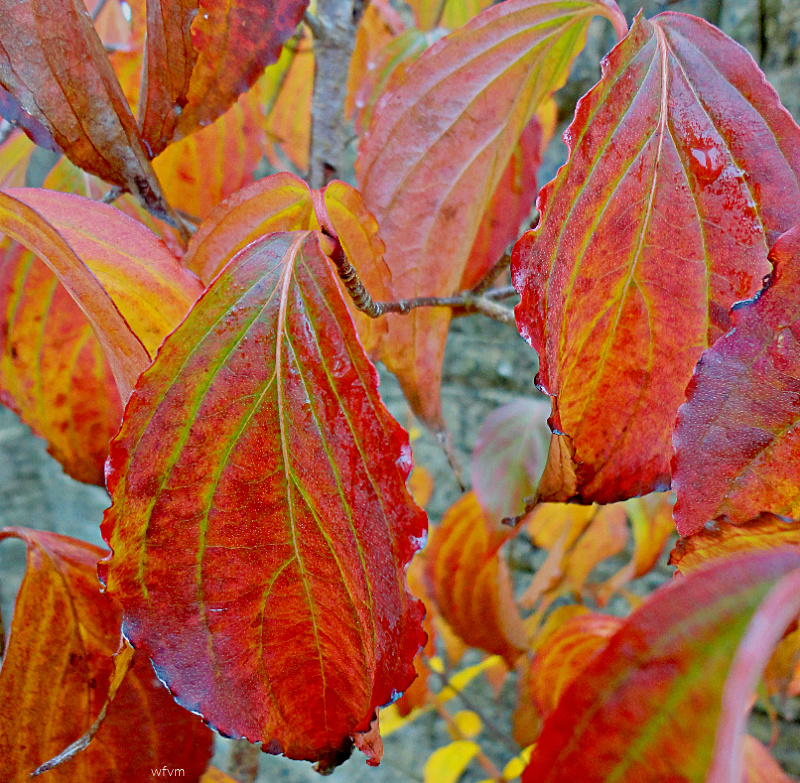 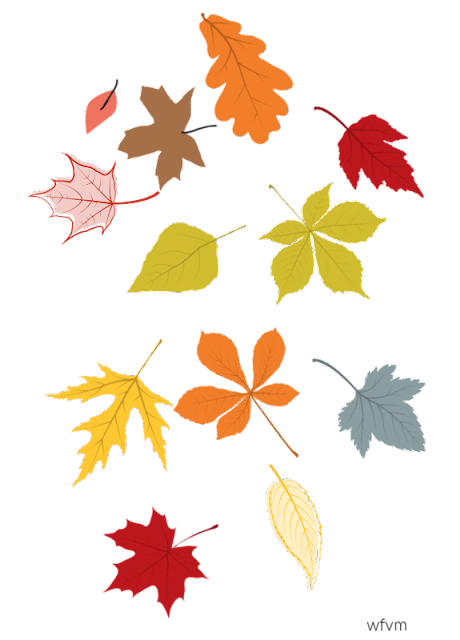 the leaves are falling with the breeze

as I walk along the familiar path

under the strong, archival trees

and the scattered clouds. 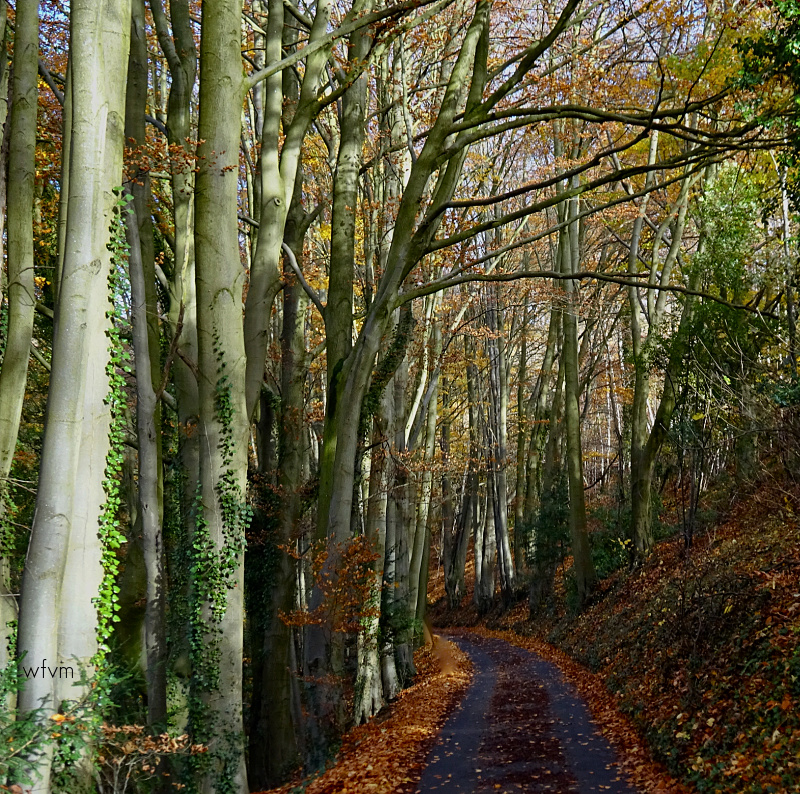 It's October and I feel a slight chill

Imagining the winter to come.

In my mind all is snow, white on the ground

and flakes are turning around and around

whispering as they fall.

Anger and calmness flutter inside me

debating the soul of this country -

a brittle chunk of land, now snapped away. 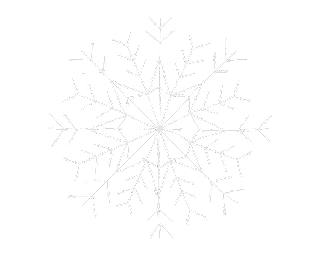 I pick at the snowfakes, looking for rhymes

for crystal, needle, delicate and symmetry. 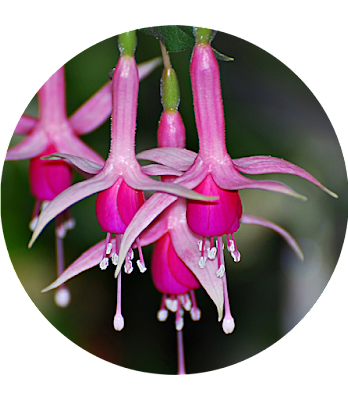 Besides the path, colour catches my eye.

I lean down to touch a fuschia flower

put there to guide the way. 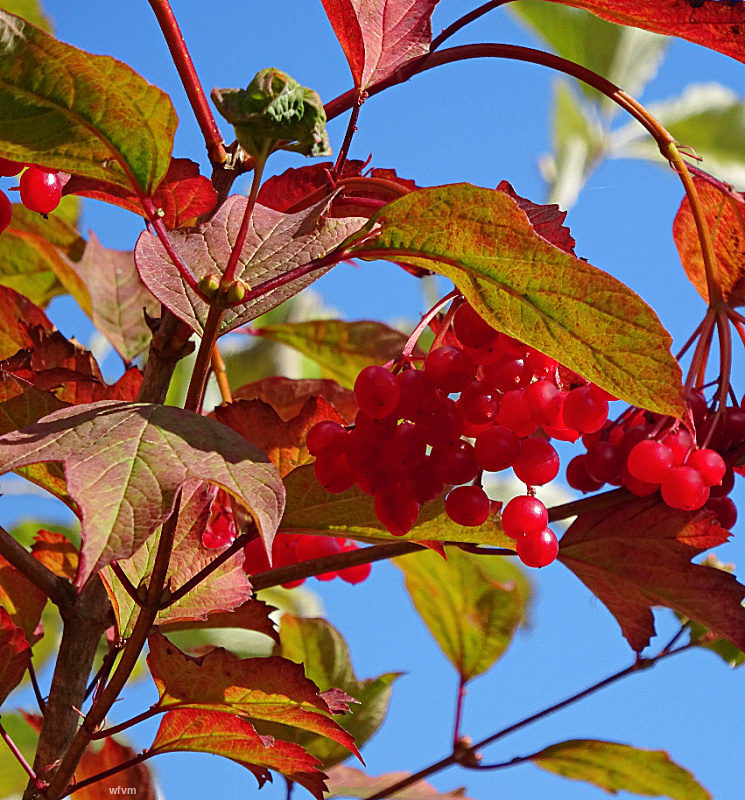 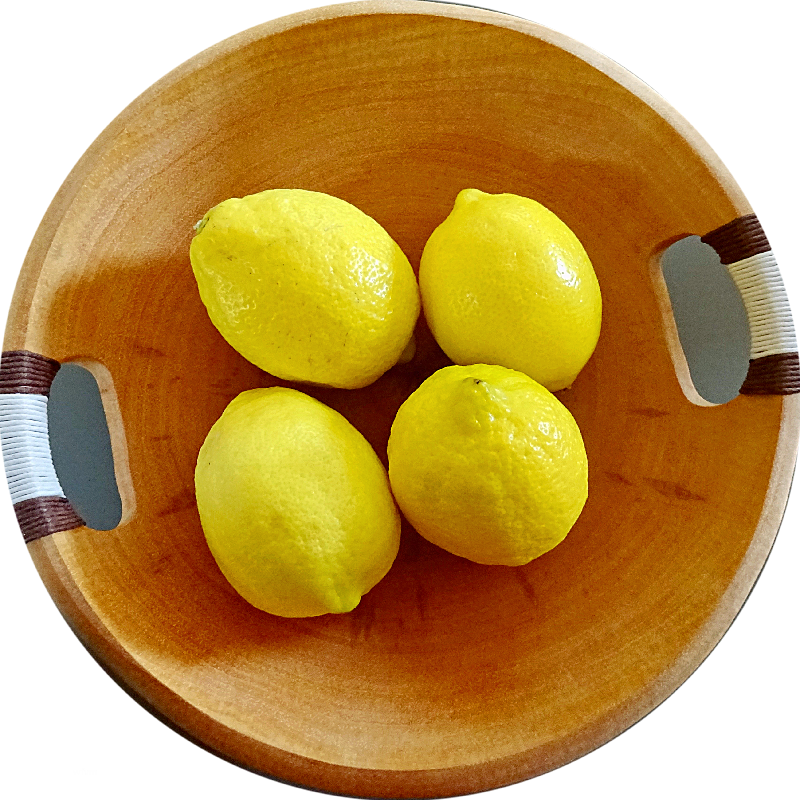 Many of us enjoy making Moroccan and North African dishes, but often the recipes mention using preserved lemons.  The cost of buying ready preserved lemons is ridiculous i.e. £4 - £8 for a fairly small jar when you can very easily make your own for less than £1.

Use a sterilised jar, four washed, unwaxed, lemons, and some sea salt. If you can't get unwaxed lemons then soak your lemons in a solution of warm water and vinegar and give them a really good scrub to remove all the wax. 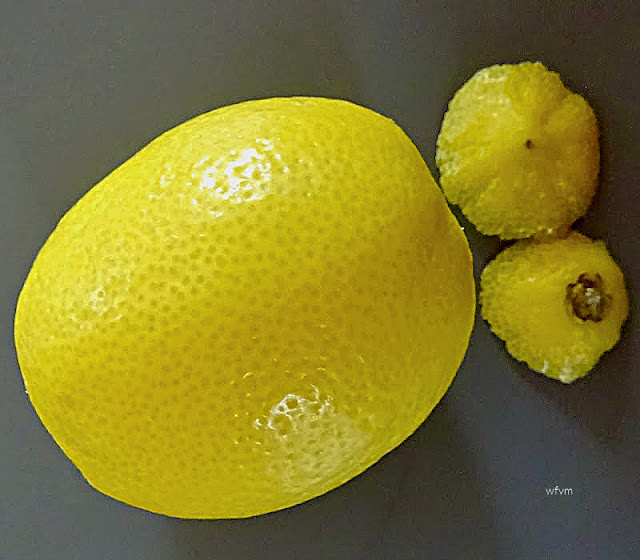 Cut off both ends of the lemons. 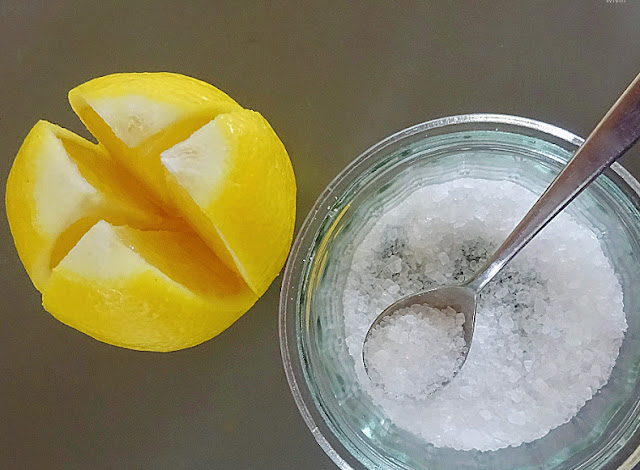 Cut each lemon into four segments but don't
cut through to the base, and place a small teaspoon of sea salt into each lemon.

Put a thin layer of sea salt at the bottom of your sterlised jar then pack the lemons in very tightly by putting the open ends of the lemons in first. I use a pestle that goes with my mortar to push them down as hard as I can. As you press lots of juice will begin to ooze out of the lemons. Seal the lid tightly and place the jar in the fridge. The juice from my lemons completely filled to the top of the jar, but if necessary, you can use a small amount of cooled pre-boiled water. 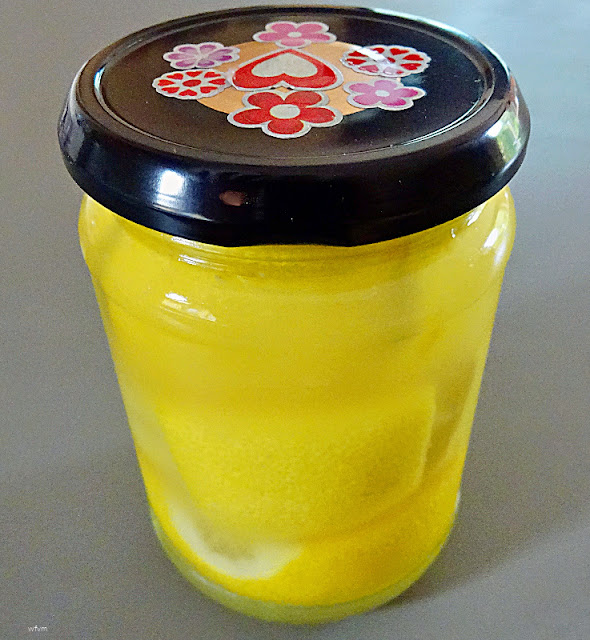 The lemons need to remain in the fridge for 4 weeks. Tip the jar upside down and give it a good shake from time to time.

In four weeks I intend to make, a new to me recipe, called Date and chickpea tagine using these preserved lemons - so stayed tuned.

To use the lemons: rinse and dry however many quarters you need. Discard all of the flesh & pips and just use the skin. Slice this into whatever size you prefer. If the lemon liquid does not taste too salty it can be added to olive oil, balsamic vinegar, a little sugar and then made into a salad dressing.

Was a special day for us as we had arranged to meet one of our lovely granddaughters for lunch in Cheltenham, having not seen her for a year. She was attending various events at the Cheltenham Literature Festival currently taking place for the first time in two years. It was such a beautiful day that we decided to catch the bus, especially realising that parking could be difficult with so many visitors attending the festival. Buses are few and far between on a Sunday but the timetable revealled a couple that would suit us. 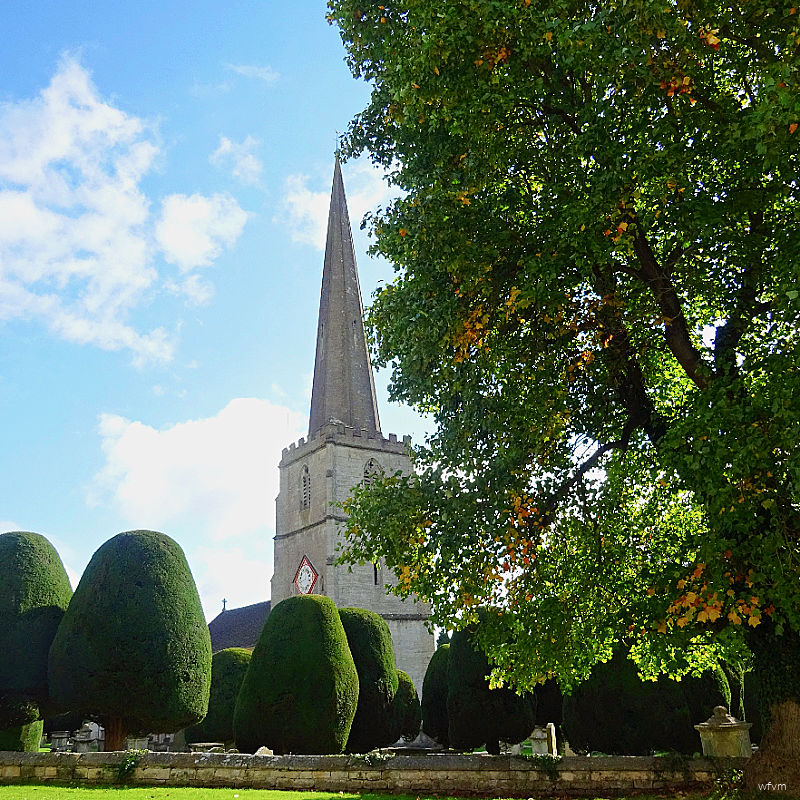 Whilst waiting for the bus I took a few images of our surroudings. 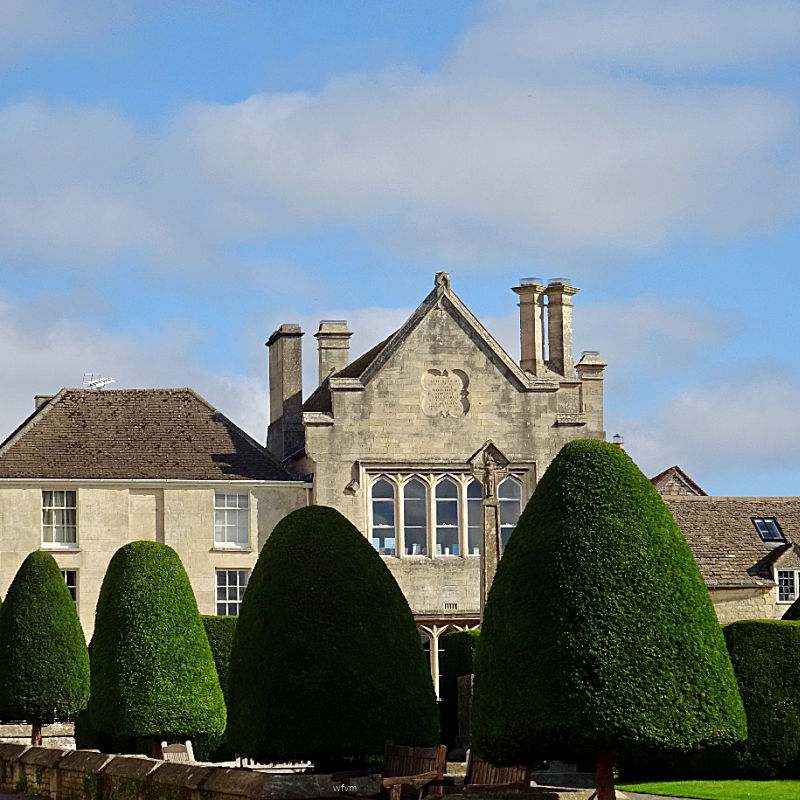 Having not lived here for all of my life, I never cease to be delighted by the lovely architecture and stonework that can be found all around this area. 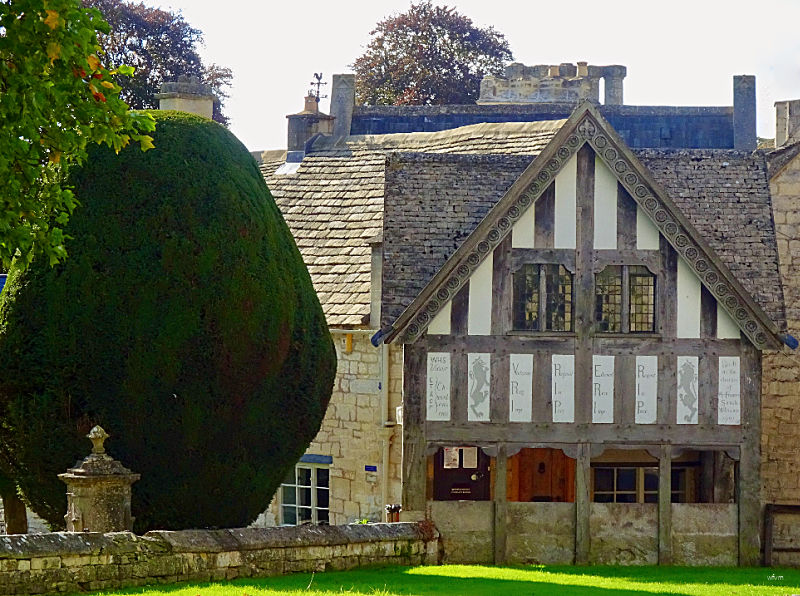 The bus arrived exactly on time - it was empty apart from two other people, and within half and hour we had arrived and met our granddaughter. We enjoyed a lovely lunch, and spent a very happy time together catching up with each others news, before she then headed off to her next festival venue.

The bus stop in Cheltenham is situated outside the retailer "Anthropologie" so we popped in to see there latest acquisitions. Something that immediately caught my eye was their new range of pottery.

The pottery had a familiarity to it so I called my husband over to see if he too recognised it, which he did. 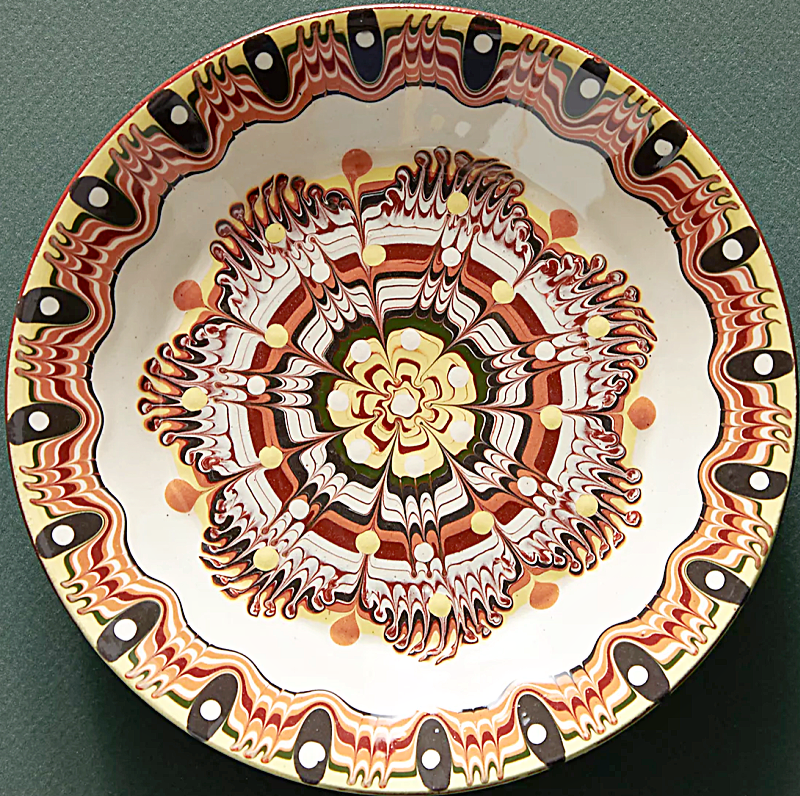 This tale now takes us off along a completely different road - so let's head off to Bulgaria. It is a country that we visited many, many, years ago at a time when it was still firmly behind the iron curtain. Very similar pottery to that in Anthropologie was used in their restaurants and it is where I fell in love the design. But could you buy it? Yes, but with great difficulty. It was only available in the Communist co-operatives which seldom if ever opened, and if they did, the workers appeared reluctant to remove the pots from their window display or pretended to misunderstand what you were asking. In the end I did finally suceed and returned home with just one small piece as a souvenir. 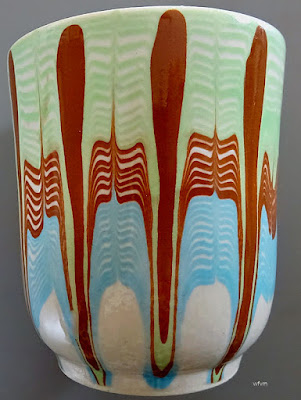 Apparently pottery is one of the oldest crafts in Bulgaria and its very distinctive hand painted designs are based on their Thracia and Slavic traditions.

How do I know this? well! when I looked at the bottom of the pottery in Anthropologie it said made in Bulgaria and on returning back home I found the rest of the information on their website. The designs today, however, are far more sophisticated than my simple little pot.

Should you wish to learn about a rather odd encounter that we experienced in Bulgaria all of those years ago you can read about it here:- 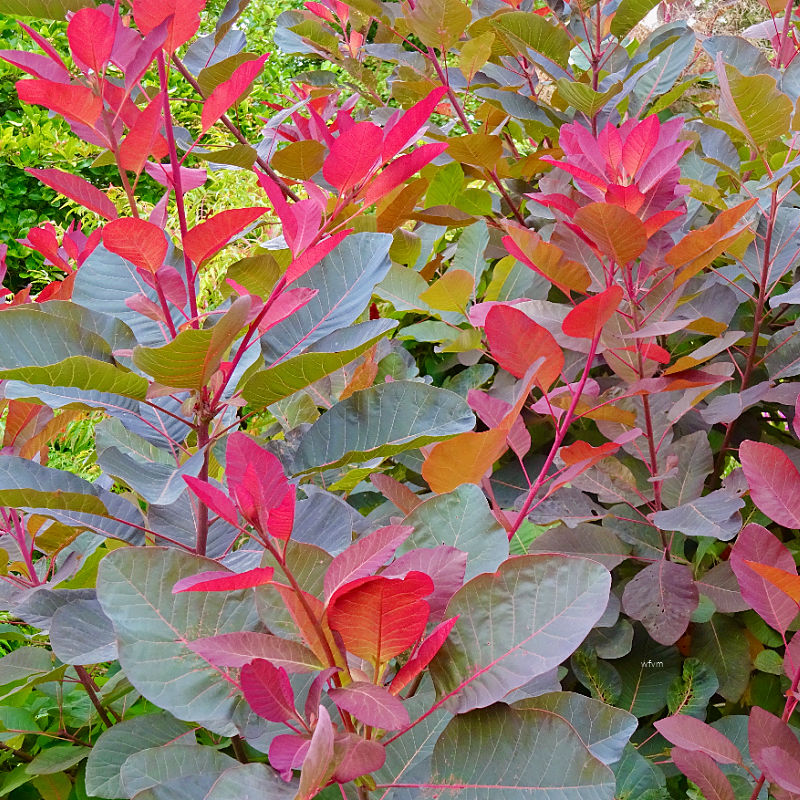 "What good is the warmth of summer, without the cold of winter to give it sweetness"

A sharp drop in the temperature had us hauling out the winter duvet along with warmer clothes. However, it now appears that we could be set to receive some tropical warmth courtesy of the fallout from Hurrican Sam. 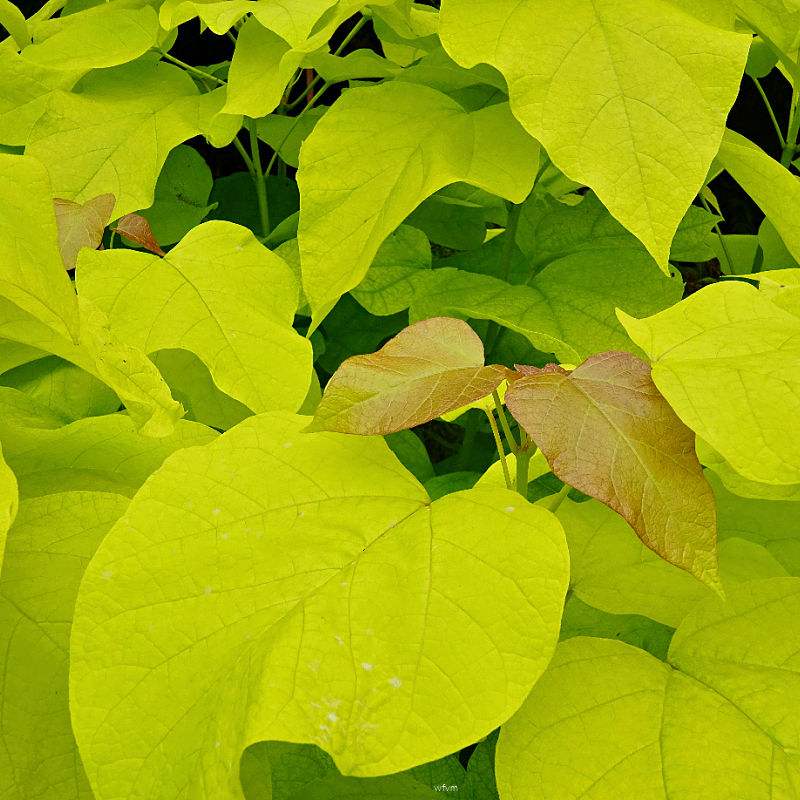 I love the zesty vibrancy of the leaves on our Catalpa Auria - Golden Indian Bean Tree,  especially now. 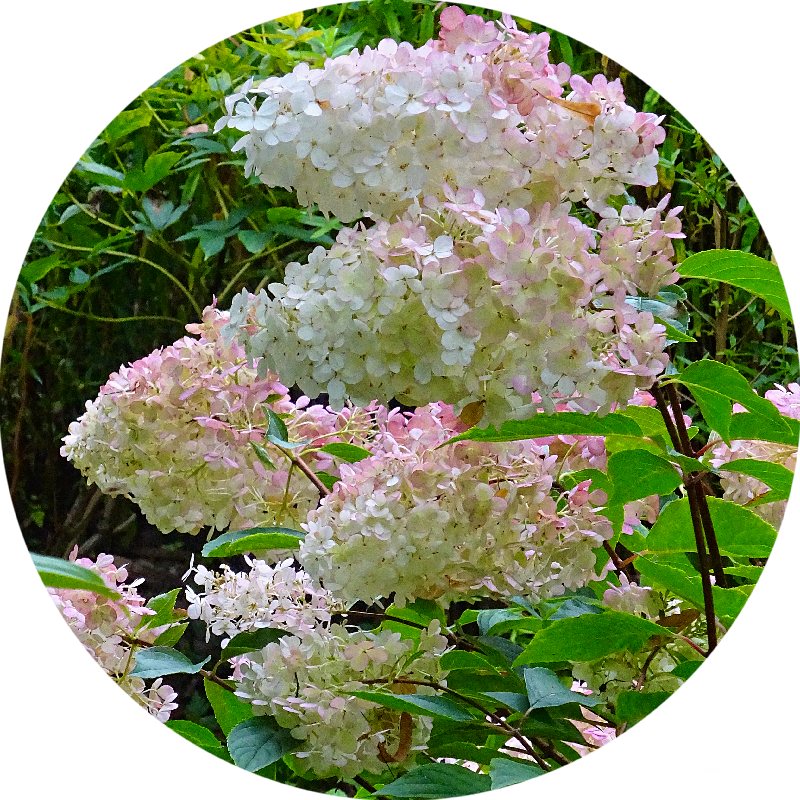 As yet there are very few signs of autumn's gold appearing on the trees, and still the late Hydrangea flowers continue to flourish. 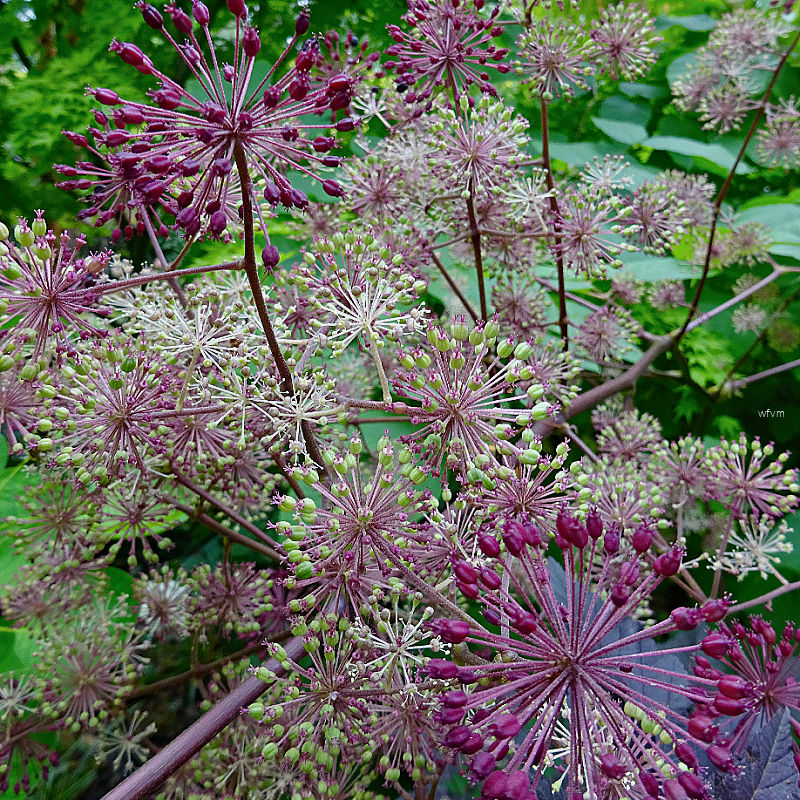 Even though most flowers are on the wane, there is still a bountious yield of attractive seed pods to be seen. 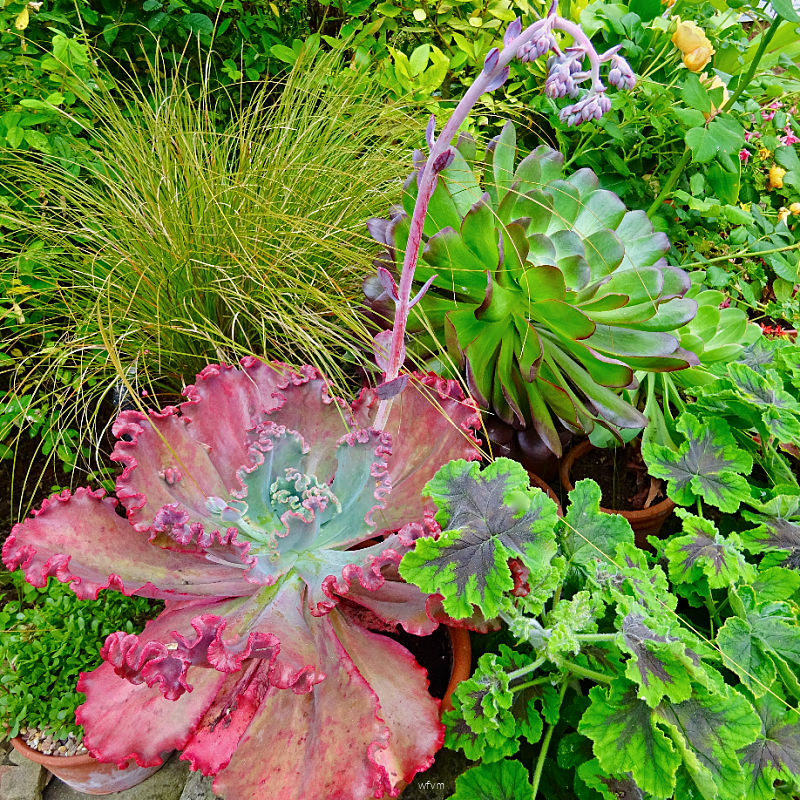 Next year I am intent on having more succulents in the garden. There are so many extraordinary specimens to be found today. 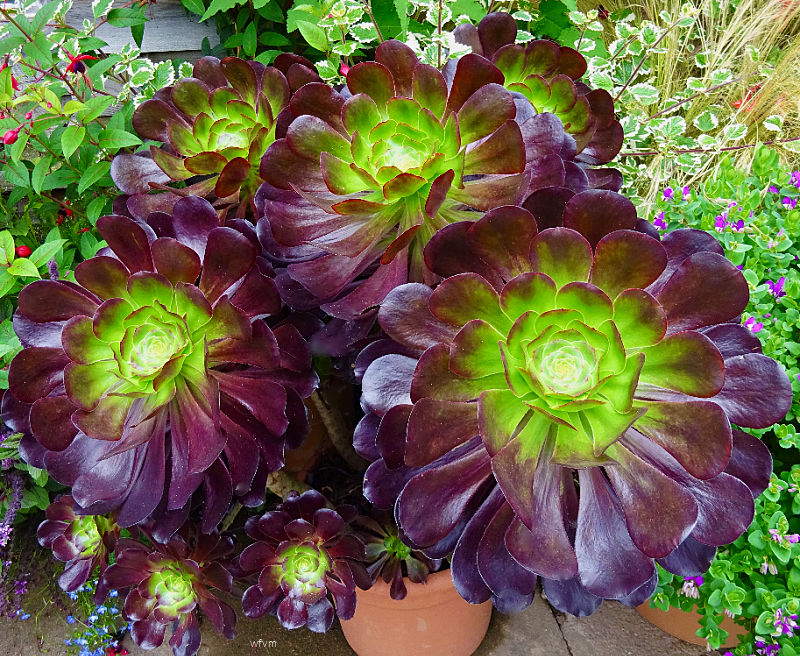 These Aeoniums, seen in a local plant nursery, caught my eye. Previously I have only ever seen Aeoniums about the size of a small saucer similar to the ones sitting at the bottom of the pot. The big ones were each the size of a large dinner plate.

"Winter is an etching,

and Autumn a mosaic of them all."

The golden-rod is yellow;

The corn is turning brown;

The trees in apple orchards

With fruit are bending down. 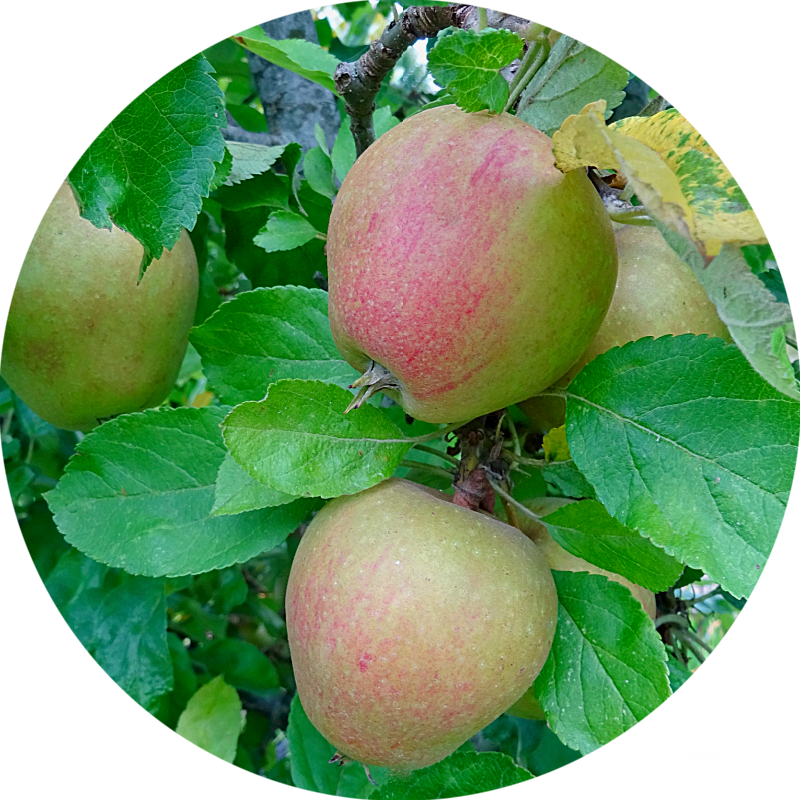 Are curling in the sun;

In dusty pods the milkweed

Its hidden silk has spun.

The sedges flaunt their harvest,

In every meadow nook; 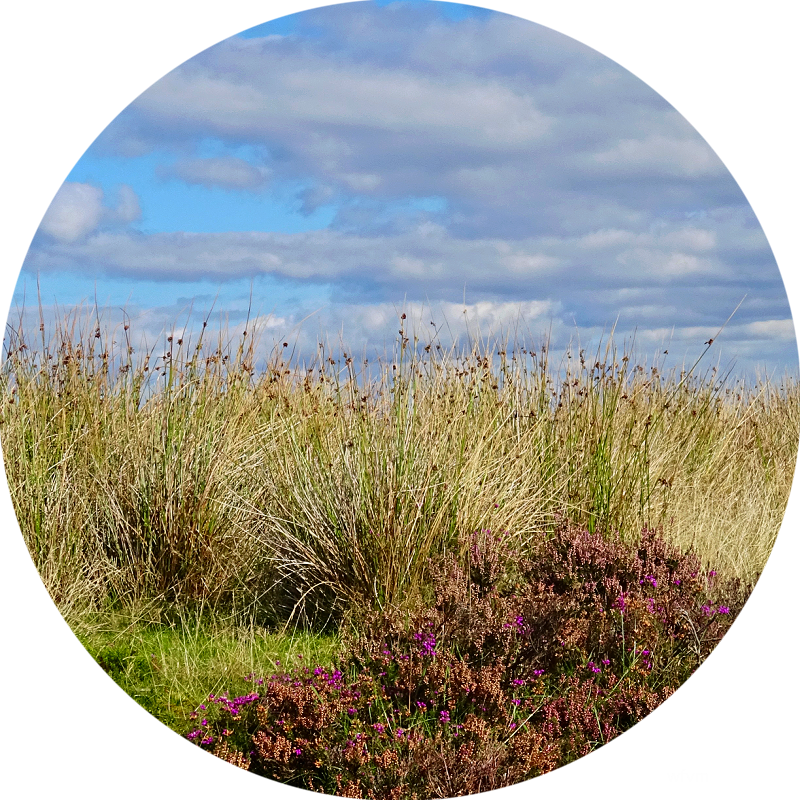 And Asters by the brook-side

Make asters in the brook. 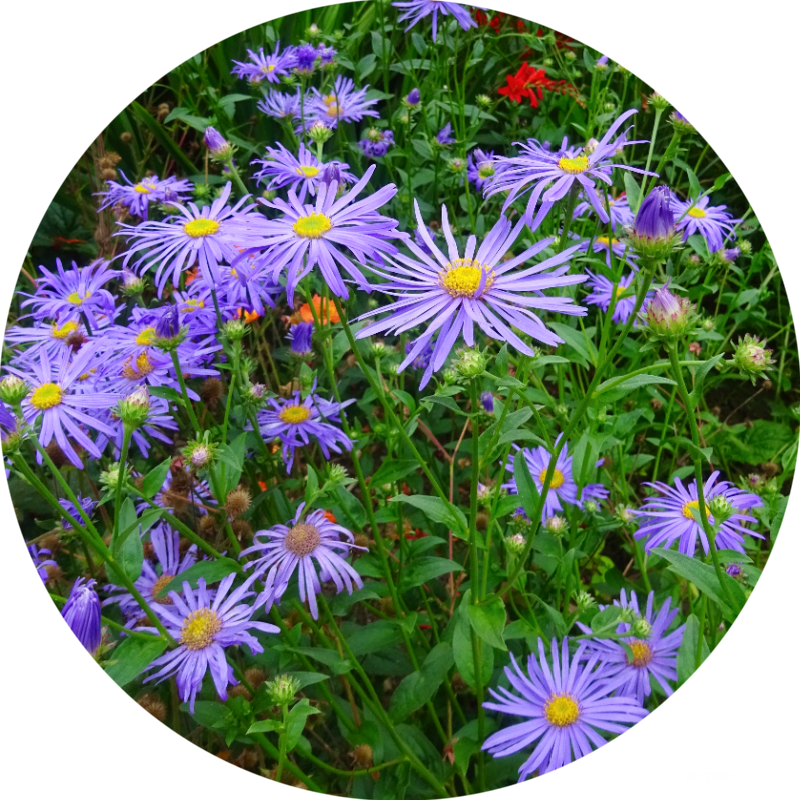 Helen Hunt Jackson was an American poet and writer who became an activist on behalf of improved treatment of Native Americans by the United States government. She described the adverse effects of government actions in her history A Century of Dishonor.