Our feet had barely touched Indian soil before garlands of fresh marigolds were placed around our necks, this was to set a welcoming pattern throughout our travels in northern India. Gifted garlands are offered as a sign of honour and respect. 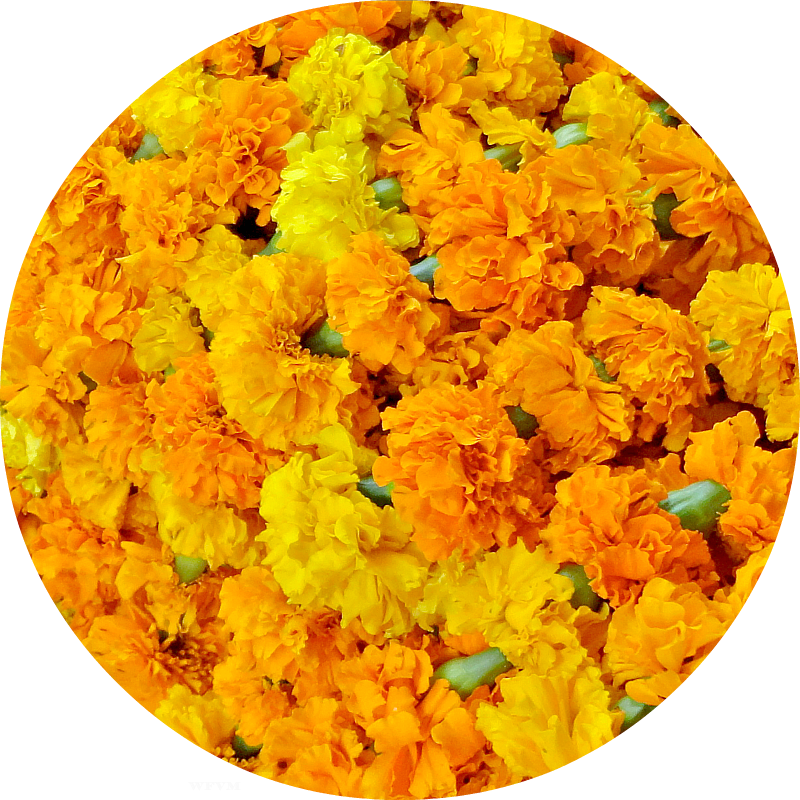 Marigolds, orange and yellow, are the traditional flowers at Hindu weddings. Lord Vishnu and his wife Goddess Lakshmi are worshipped with marigolds. 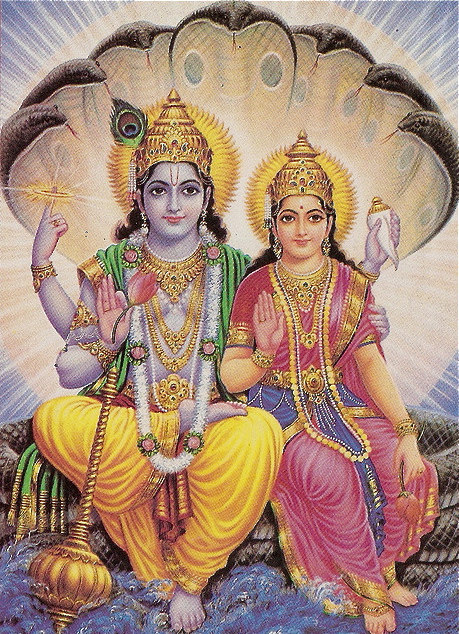 Marigolds symbolise brightness and positive energy.  Orange rarely enters the spectrum of colours I choose, but it is greatly loved in India where it represents peace and purity.
It is, therefore, no surprise that orange is a part of the Indian flag 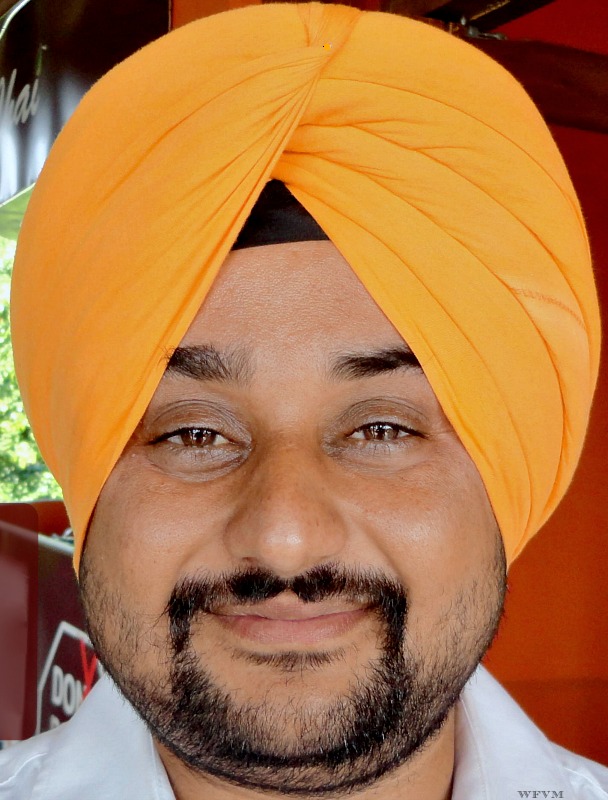 a colour often chosen by Sikhs for their turbans 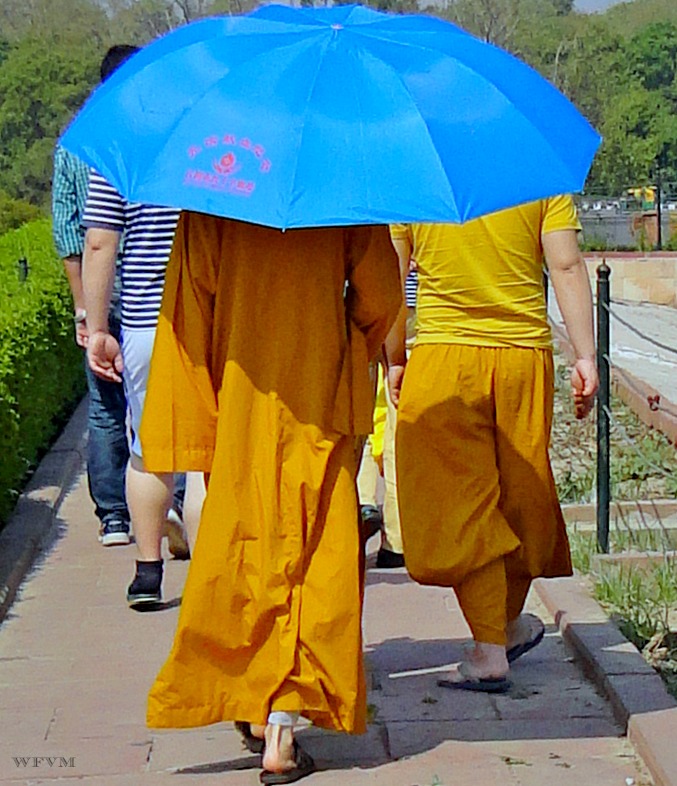 and the Saffron coloured robes worn by Buddhist monks 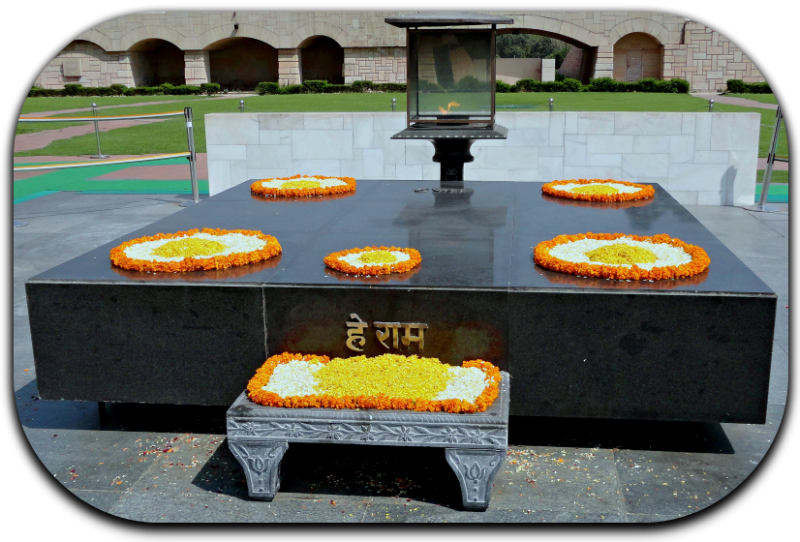 A black marble platform marks the spot where Mahjatma Gandhi's cremation took place on the 31st January 1948, one day after his assassination. An eternal flame burns and the marble platform is always wreathed in garlands of fresh marigolds.

I am discovering that I now appreciate and like orange more!
****
Jama Masjid Mosque 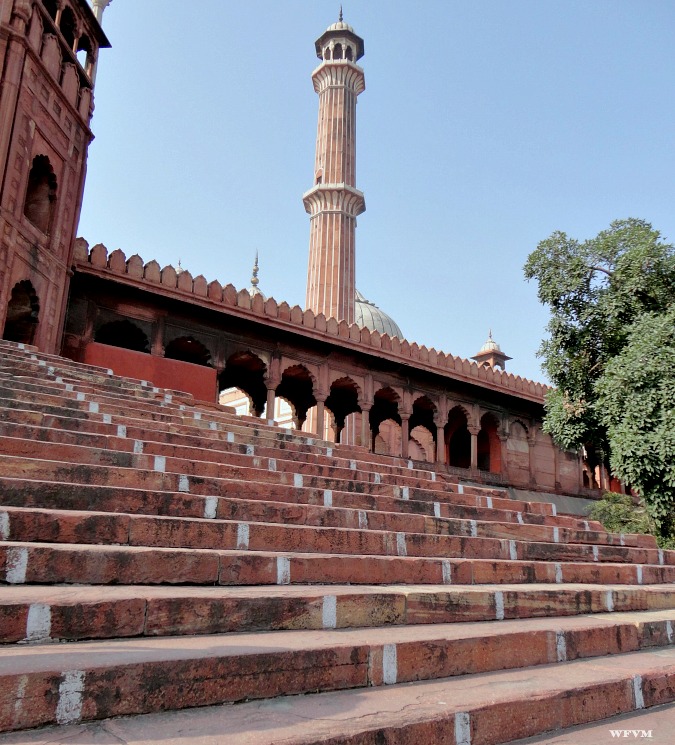 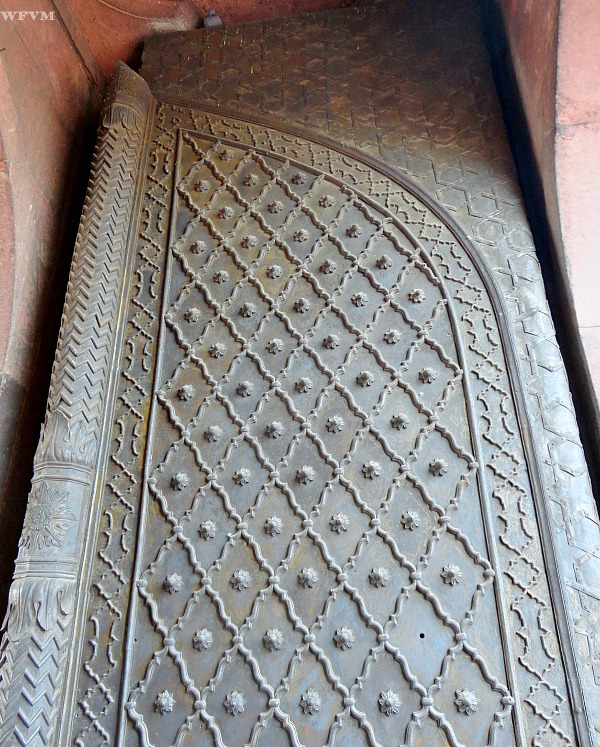 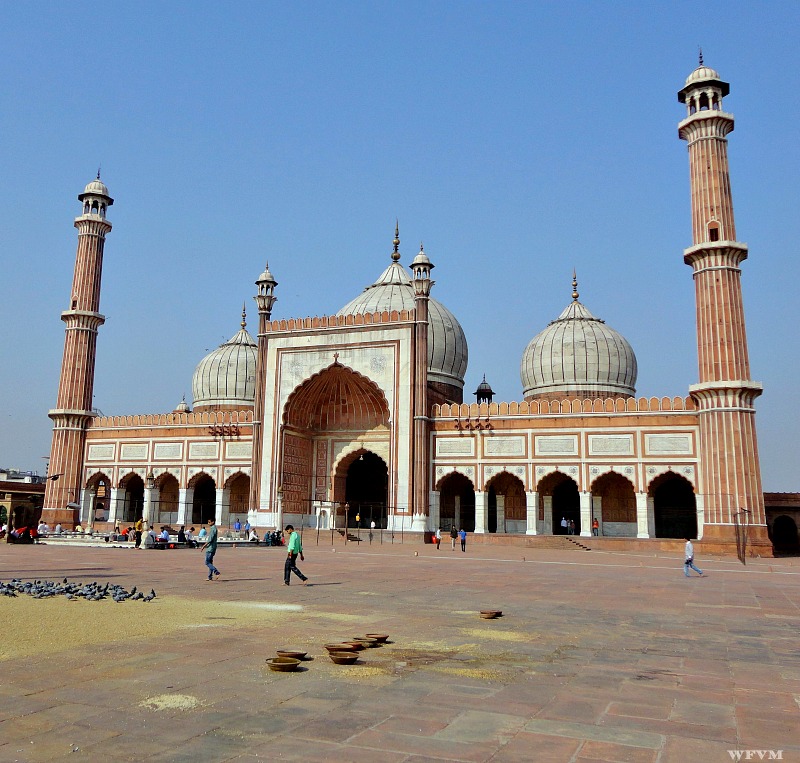 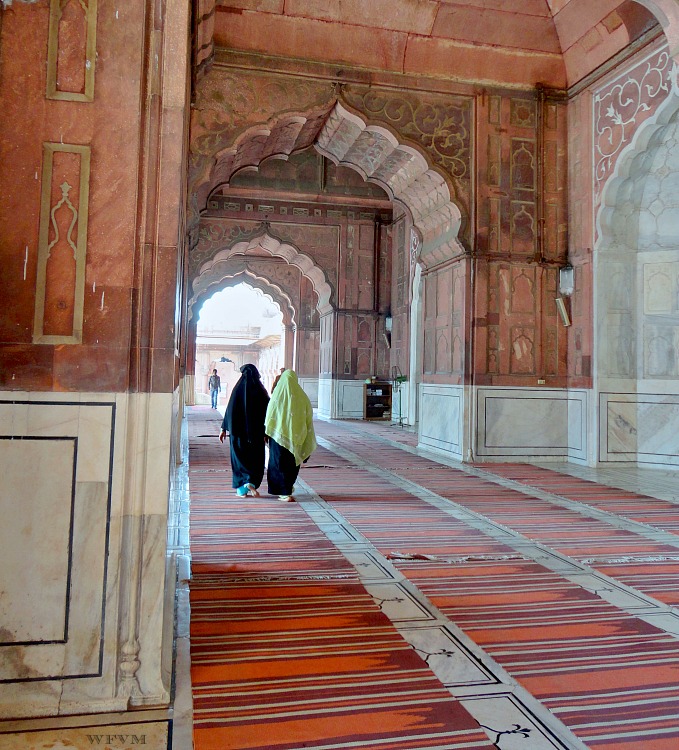 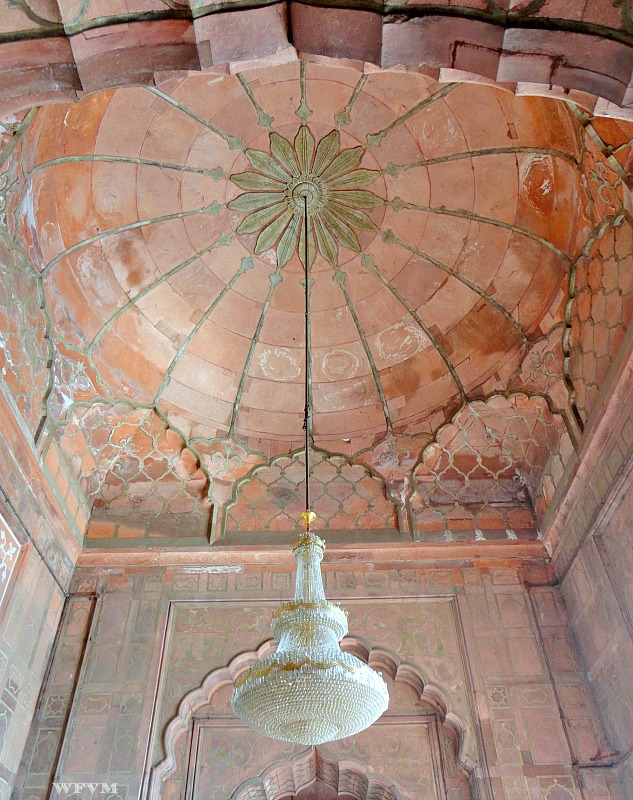 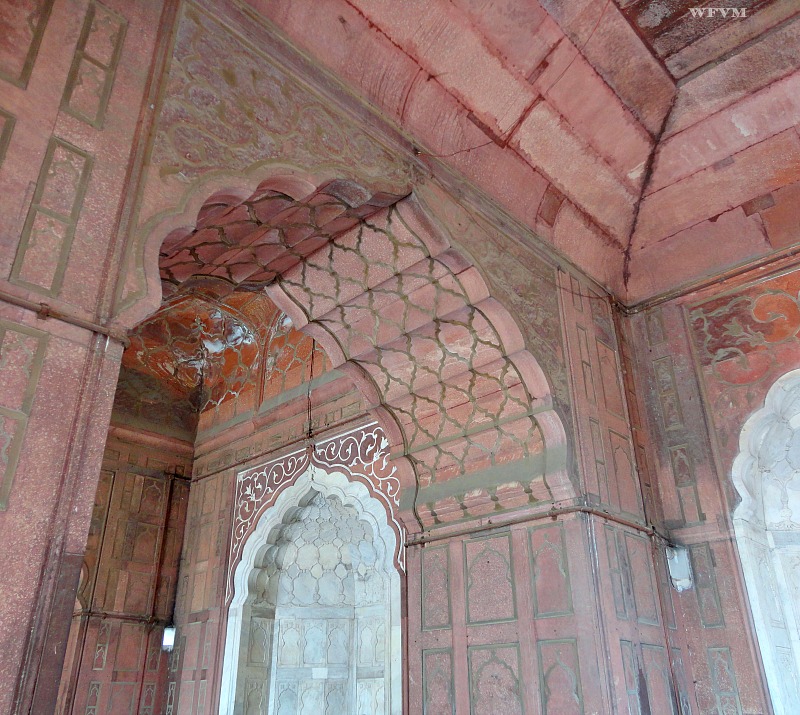 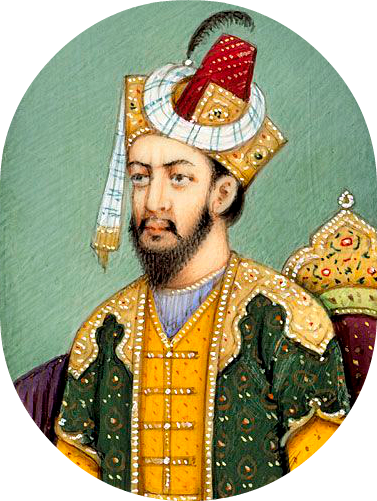 Emperor Humayun
Humayun's Tomb was built in 1565 nine years after the Emperors death by his senior widow Bega Begam.  Built within a walled enclosure it features garden squares, pathways, water channels, and at its centre is his dome topped mausoleum. There are several other tombs of Mughal rulers within the walled enclosure, but the tomb of Emperor Humayun is considered an architectural achievement of the highest order having a World Heritage listing. 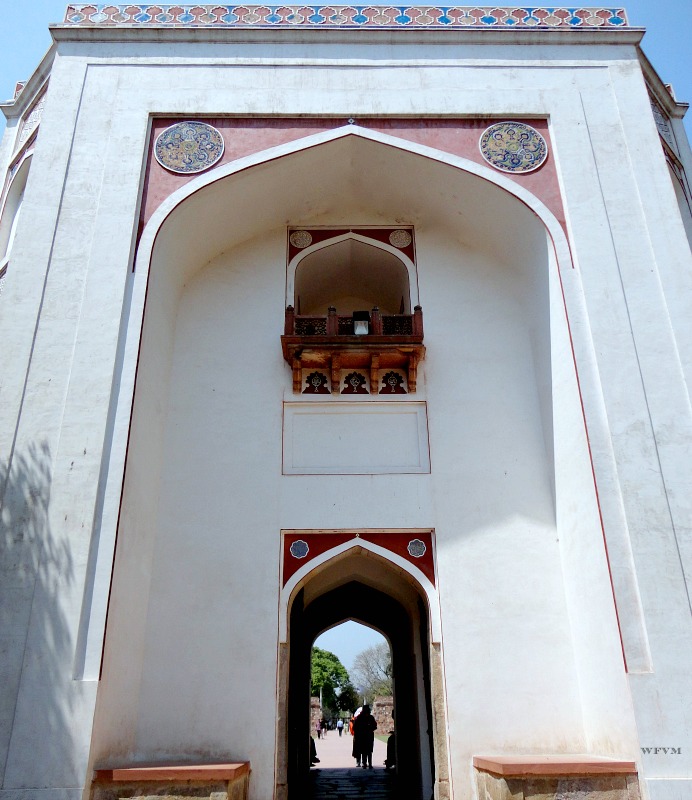 One of the entrance gates 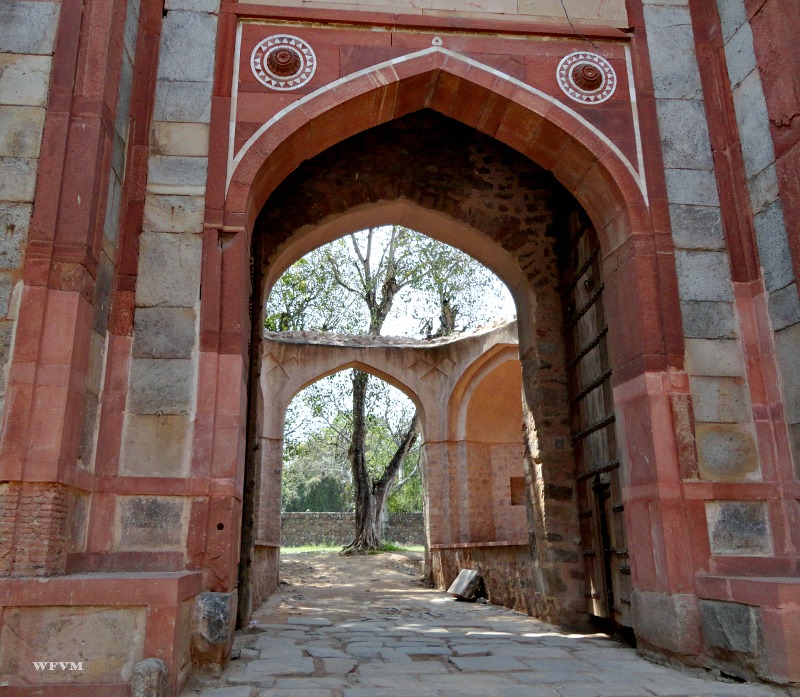 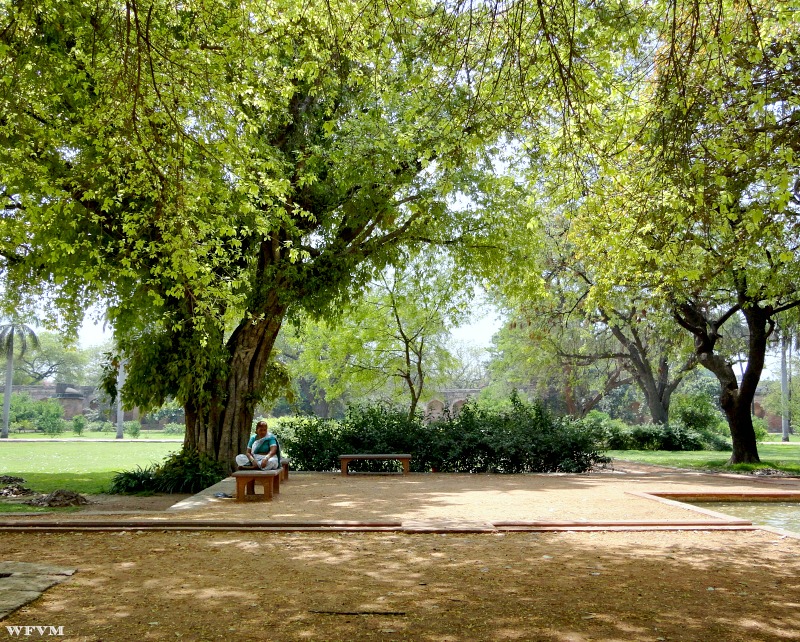 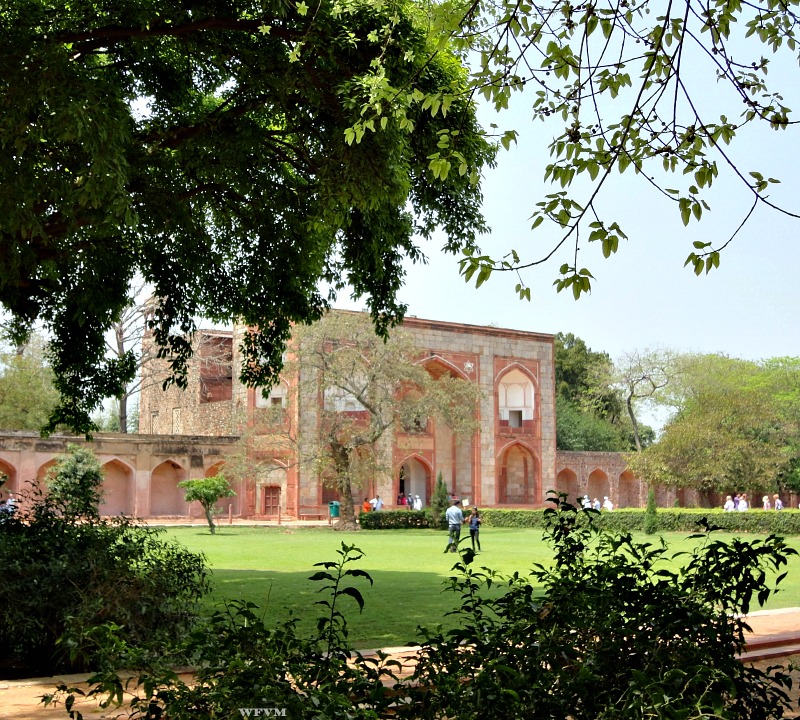 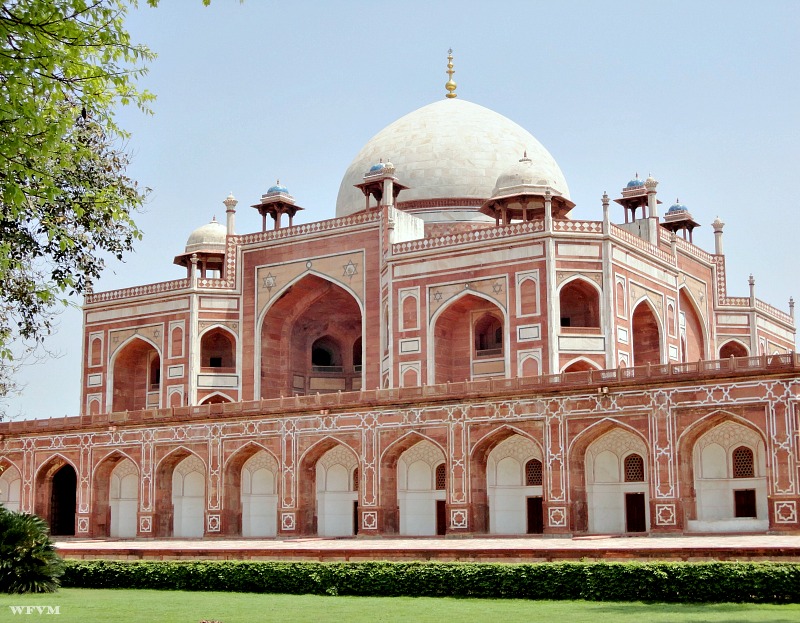 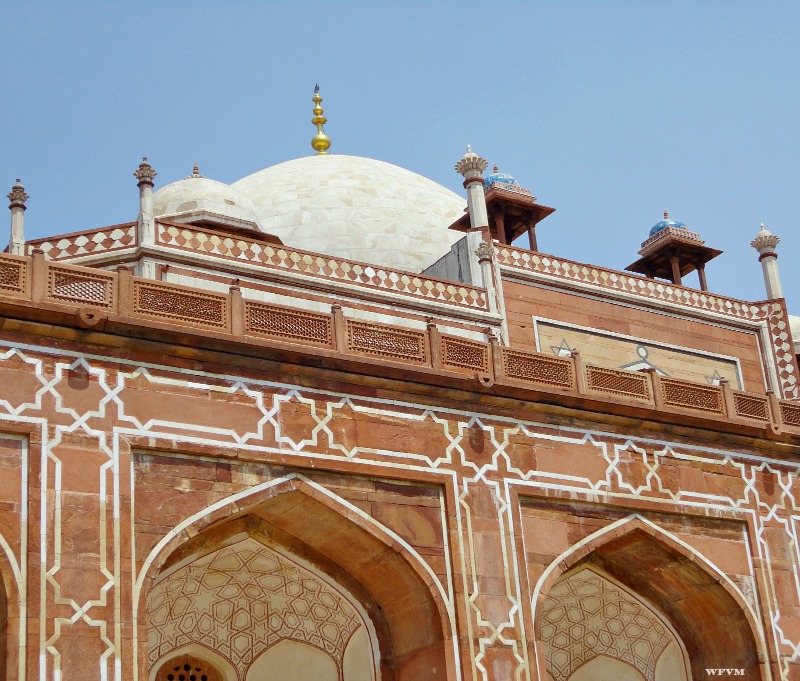 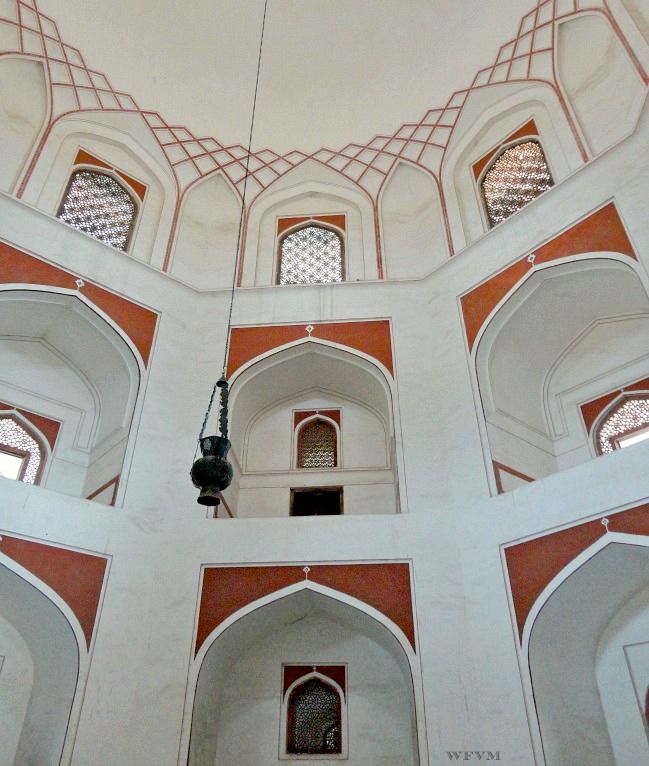 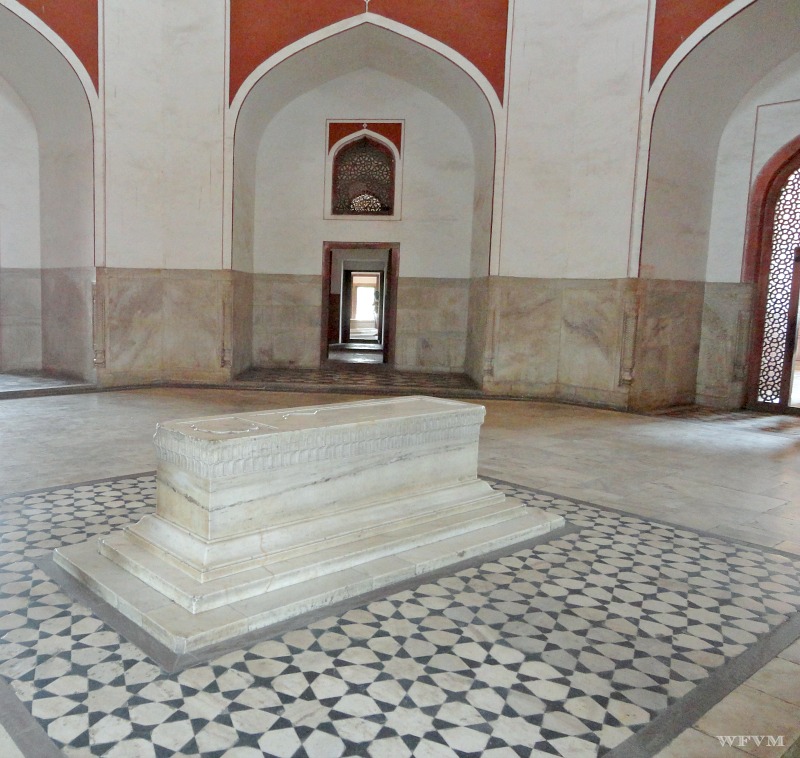 Humayun's sarcophagus lies alone in the main octagonal chamber, however, his body actually lies in the basement below. Mecca is to the West and his body is aligned north to south with his face turned to the right looking in the direction of Mecca 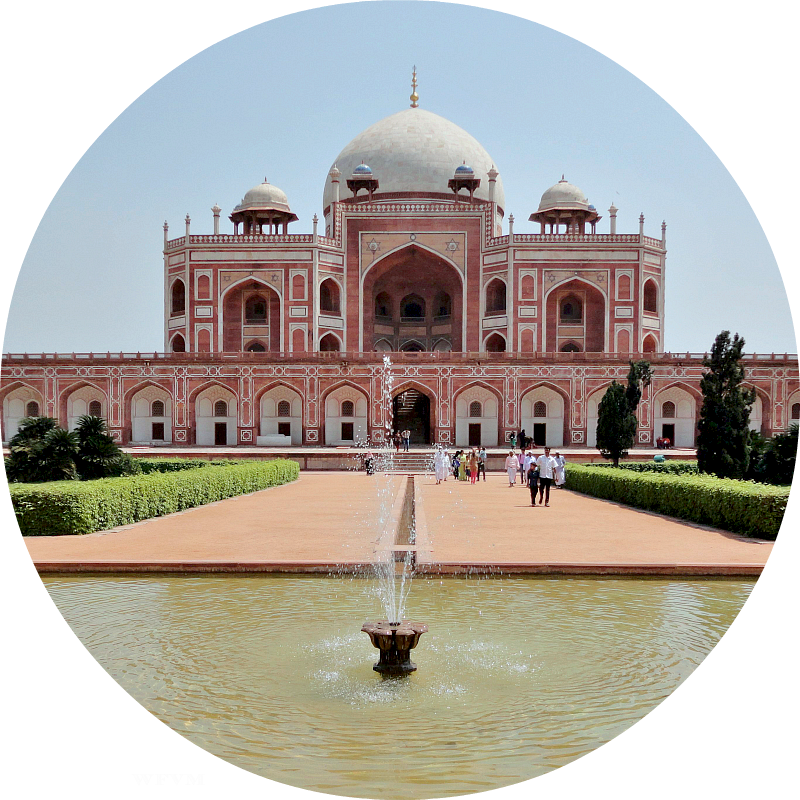