All of the places visited in this post have either a literary, film, TV or historical interest 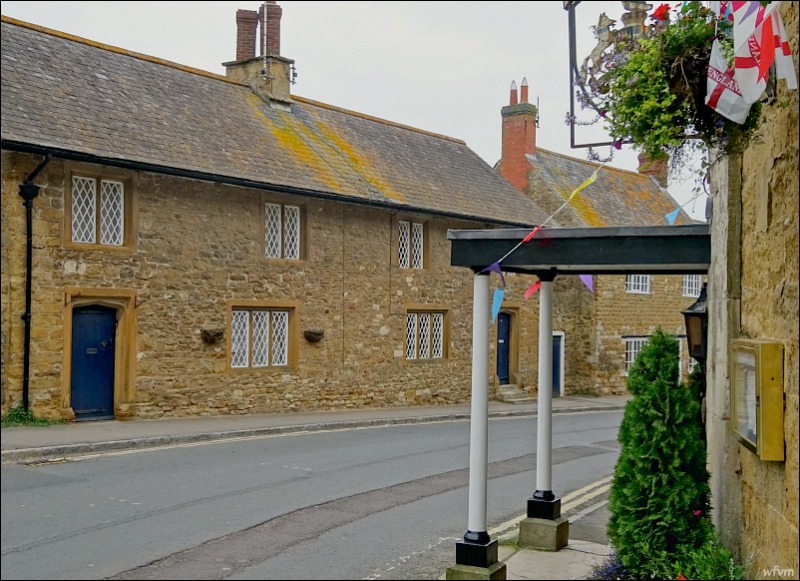 The journey to Chesil Beach was via Abbotsbury. Many of the houses in the high street date back to the C16th. In the C11th King Canute (Cnut) granted land at nearby Portesham to the Scandinavian Thegn Orc who took up residence in the area with his wife Tola where they founded Abbotsbury Abbey. 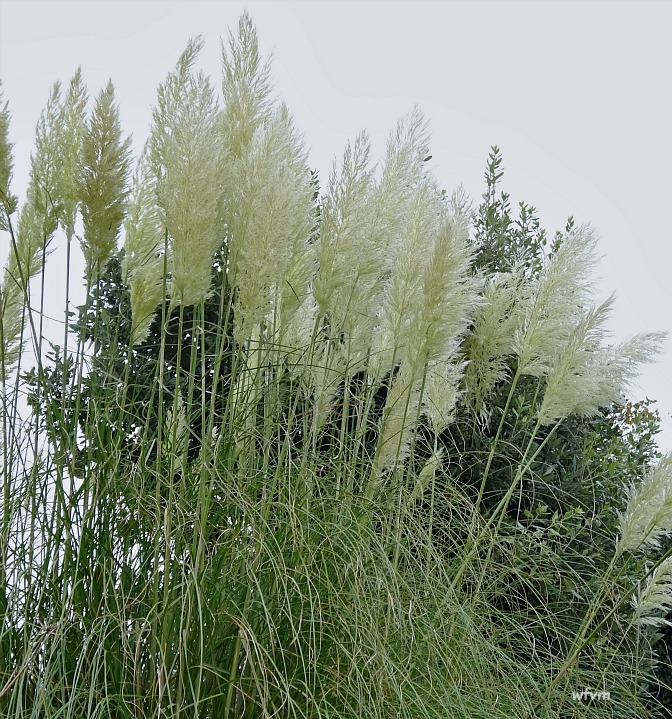 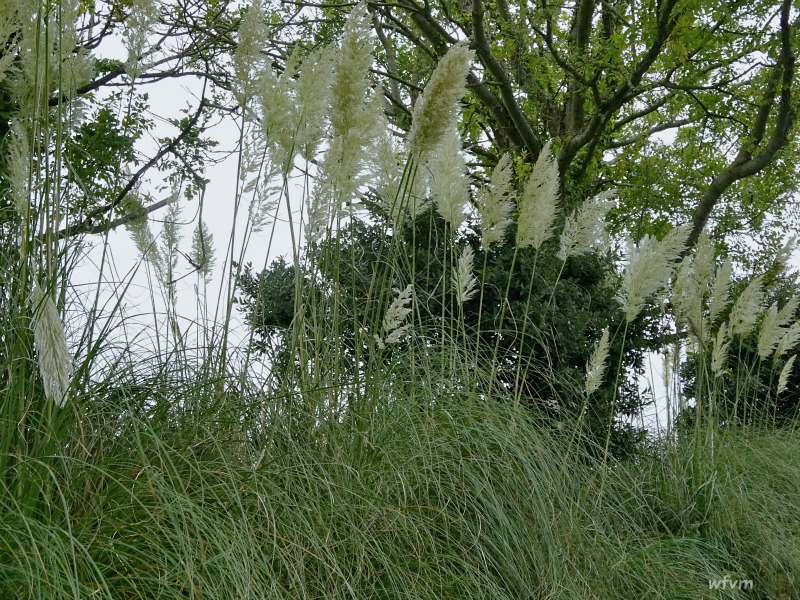 This is not a plant normally associated with the English countryside. I wondered if they had been purposefully planted along the lane or whether they were escapees from nearby Abbotsbury Subtropical Gardens? 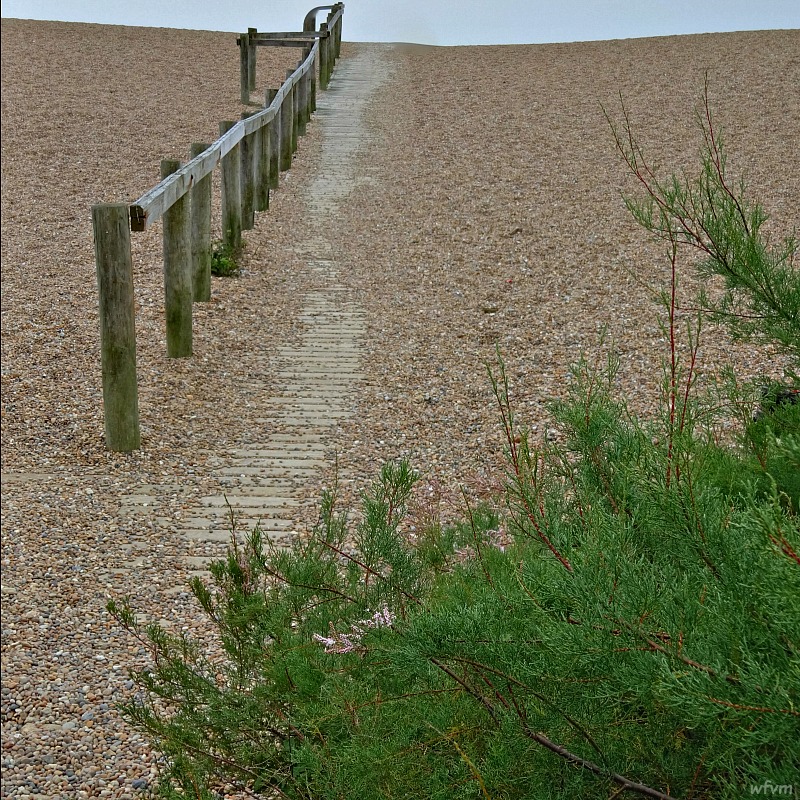 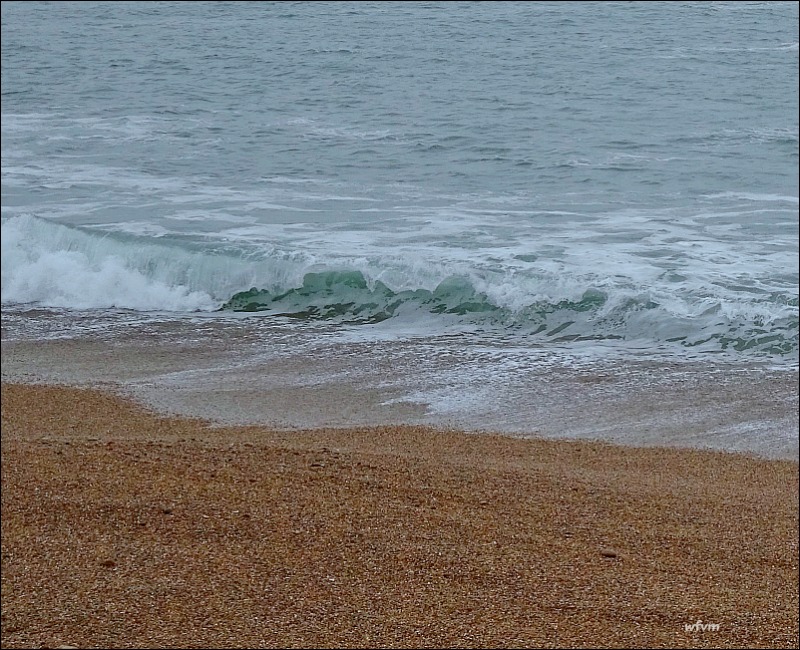 before catching a first glimpse of the English Channel crashing ashore 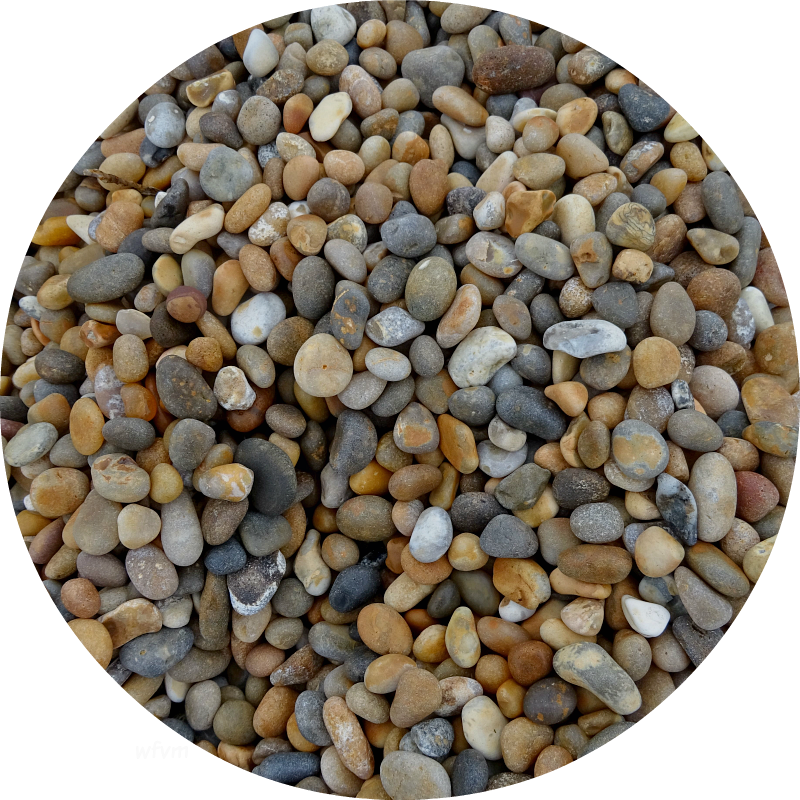 The stones are tiny - no bigger than they look here on the screen
It's a pebble picker's paradise, but don't do it, this is a site of special scientific interest, and the maxium penalty for removing pebbles is £2,000. This 6000 year old bank formed in the Helocene period is a very important defence against flooding.
Chesil Beach is 18 miles (29km) long, a wonderous bank of one hundred million tons of Cretaceous and Jurassic stones separating the English Channel from the 'Fleet' which I showed in the previous post. 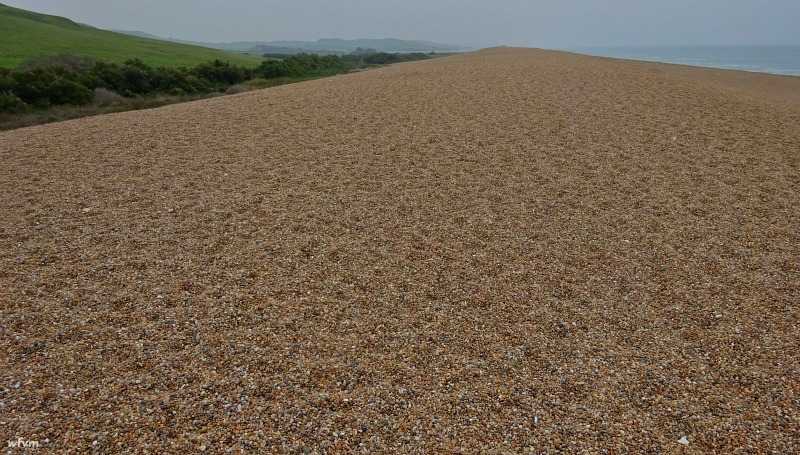 The literary connection here is
'On Chesil Beach' by Ian McEwan 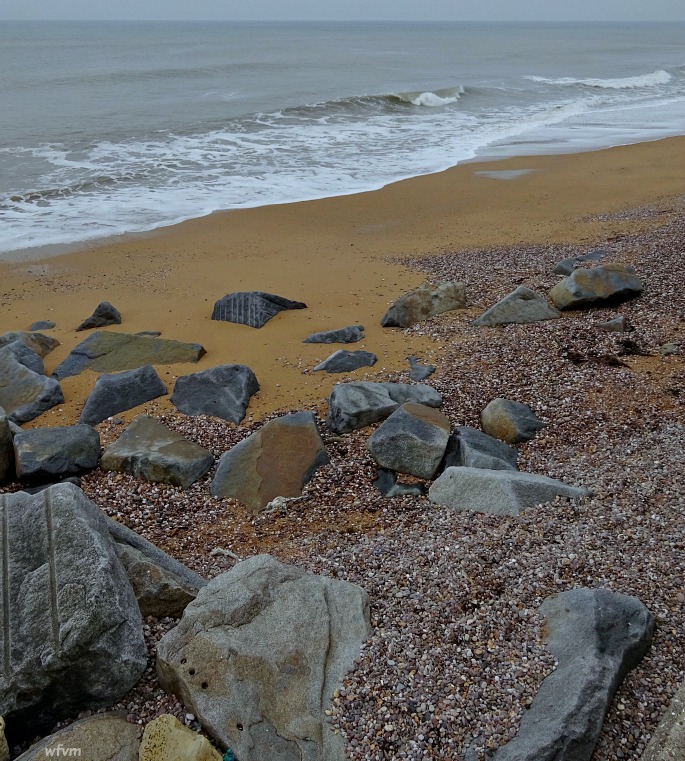 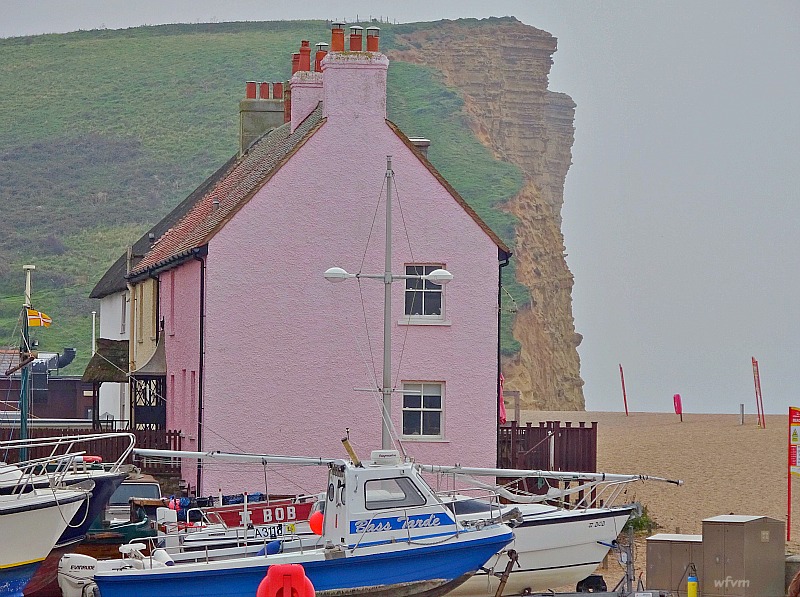 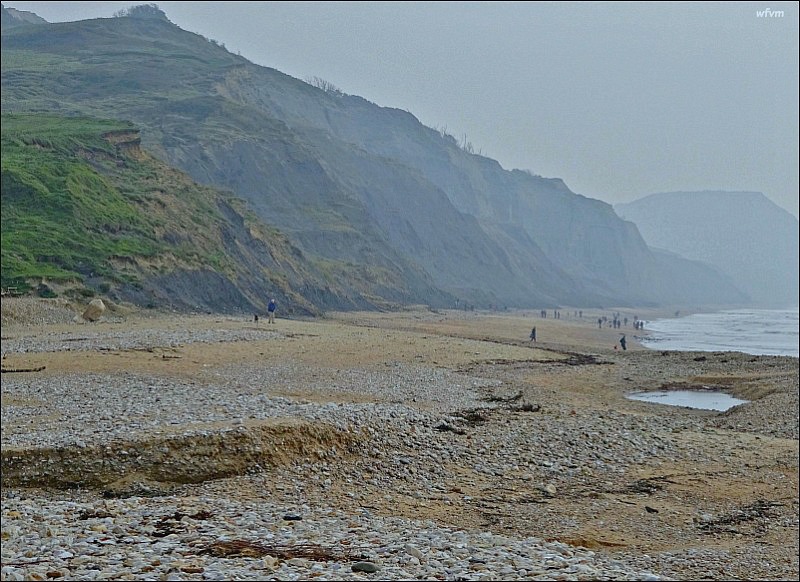 Charmouth, whose cliffs and beach are a noted source of fossils. Even though we visited quite early in the morning, on a cloudy out of season day, there were plenty of visitors who had arrived before us. Fossil-hunters were out in force, Mums, Dads, children, old and young carrying little hammers and chisels, all hopeful of spotting something rare, which is a possibility - curiously there is no ban on hammering for fossils

via
Less than two years ago a complete Ichthyosaur fossil was found at Charmouth.
Charmouth and the next bay Lyme Regis have an historical interest in that they are where Mary Anning (1799-1847)  became known around the world for her important fossil discoveries. Her findings were key to the development of paleontology as a scientific discipline in Britain. Her finds were cleaned and polished and she sold them in her little shop. The following tongue-twister is said to have been inspired by her life and work.
She sells sea-shells on the sea-shore.
The shells she sells are sea-shells, I'm sure.
For if she shells sea-shells on the sea-shore
Then I'm sure she shells sea-shore shells 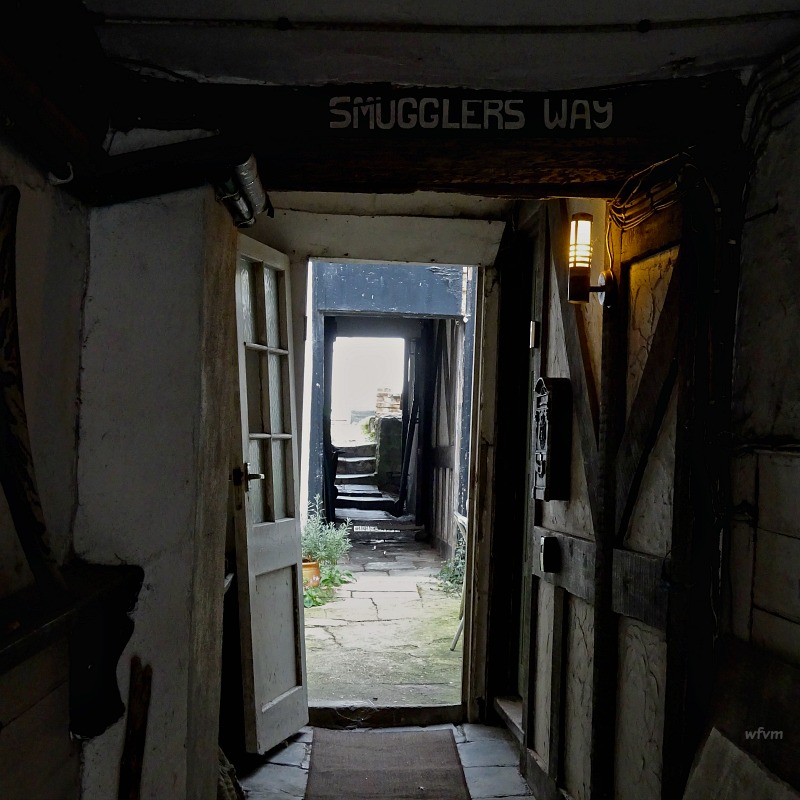 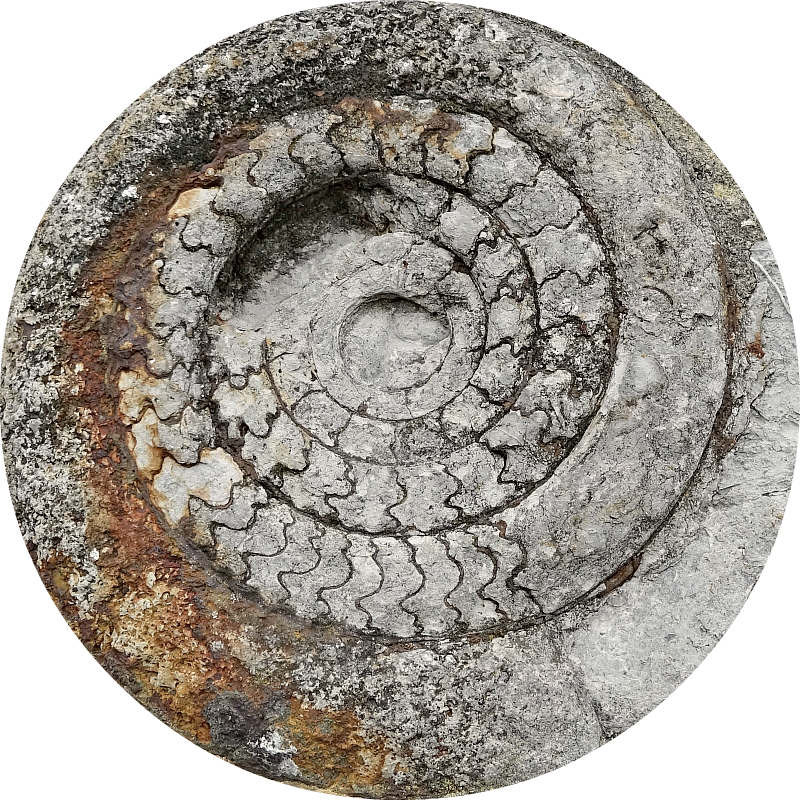 where this Ammonite is to be found embedded into the wall of a house - I need my eldest son, a Geologist, to tell me its correct name! This image is slightly smaller than the actual Ammonite 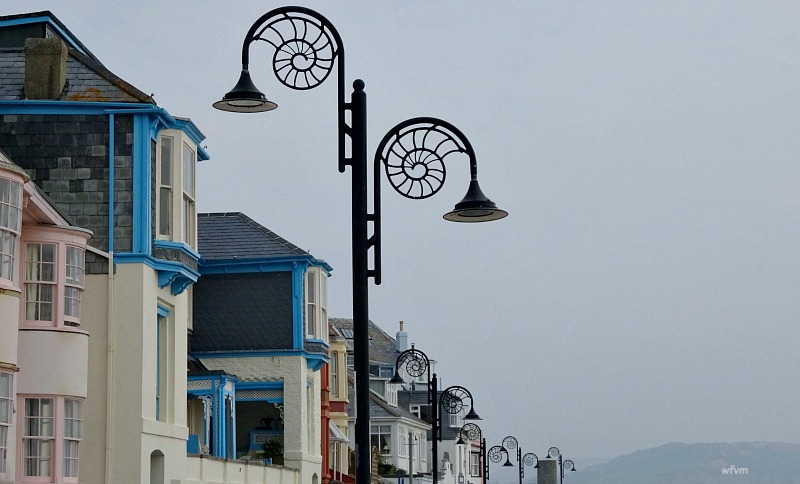 The tides out - the boats are stranded 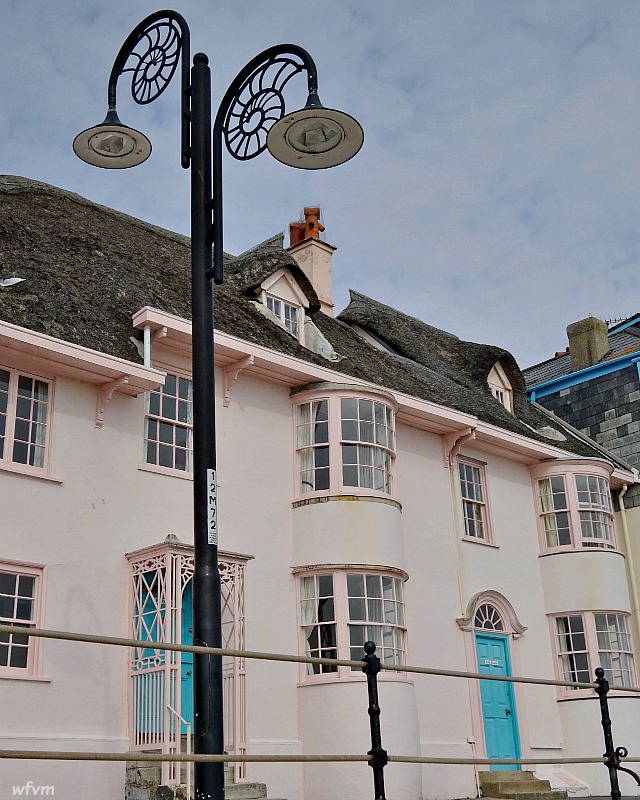 It was in Lyme Regis that John Fowles based his story of The French Lieutenant's Women, and where the book was filmed in 1981. During filming a flock of sheep roamed along Broad Street with the farmer and his dog, and the buildings were shrouded in greys and browns as the town was transformed into the Lyme Regis of 1867. Rubber cobblestones were laid over road markings, and the bus shelters were hidden by thatch. At The Cobb, a defensive sea wall, fake C19th boats were anchored alongside. 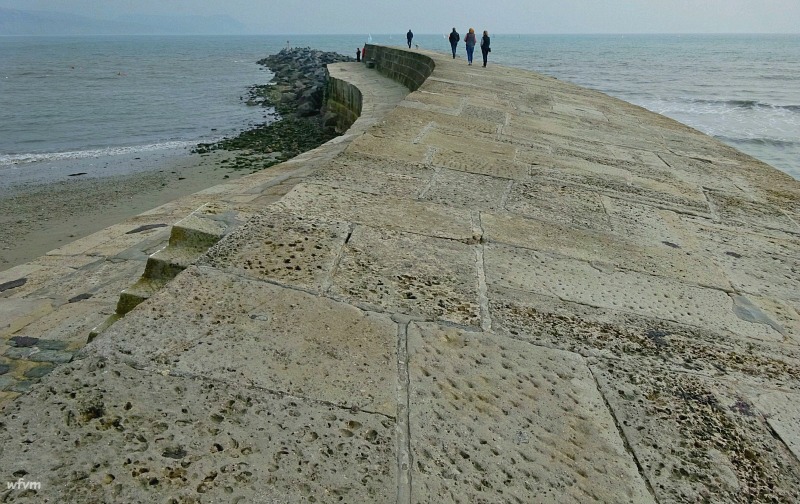 One of the climbs up onto the Cobb is via those tricky little steps just visible on the left. There is no hand rail, they are narrow, and I was surprised to be confronted on the top by such a deep slope. It is an unnerving sensation walking along it, which now makes me feel full of admiration for Jeremy Irons who ran along it in the film with sea spray lashing all over him.

But, who can forget the drama of that scene when Meryl Streep, wearing her billowing black cloak, and Jeremy Irons have their first encounter on The Cobb?
You can view the moment their eyes meet here, but in case it doesn't work try
this
Posted by Rosemary at 09:11