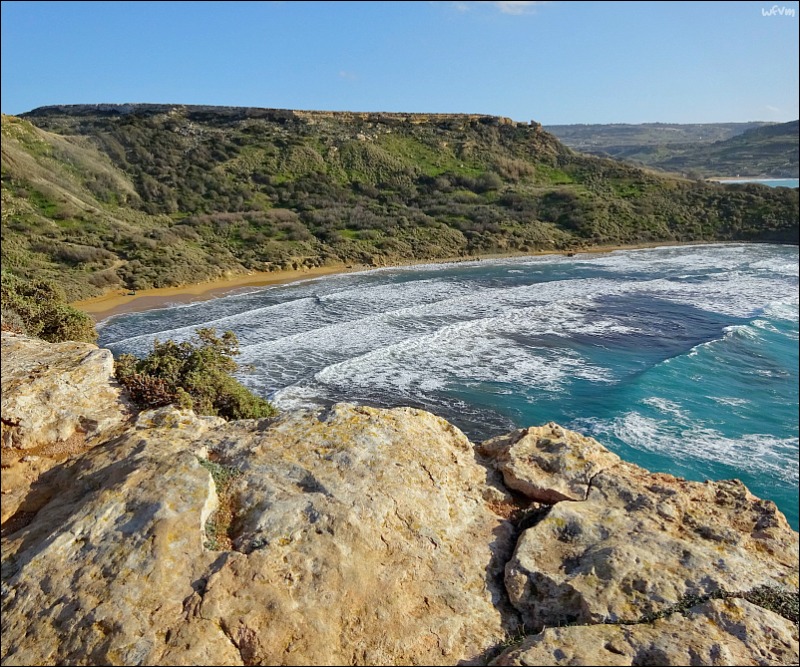 Malta is a small island located in the middle of the Mediterranean Sea which has historically made it of strategic importance to a succession of powers over thousands of years. It lies 50 miles south of Italy with Tunisia to it's west and Libya to it's south. Throughout the ages it has always been of great importance both to ancient seafarers and in more recent centuries as a naval base. This has resulted in it being a cornucopia filled with interest for the traveller to see revealling its many legacies from those that have ruled it. 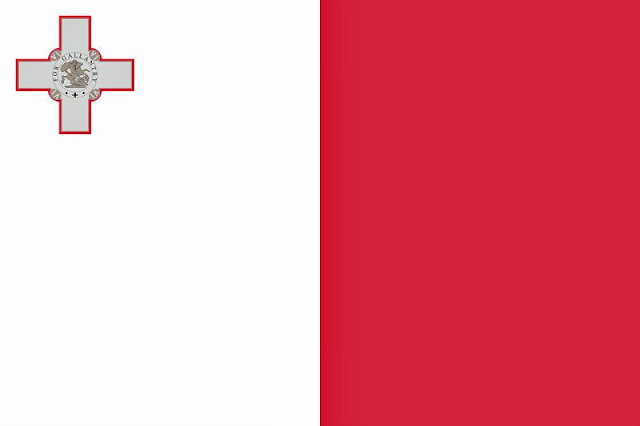 via
Malta's national flag showing the George Cross awarded to the country in 1942 by King George Vl for it's bravery in WWll. 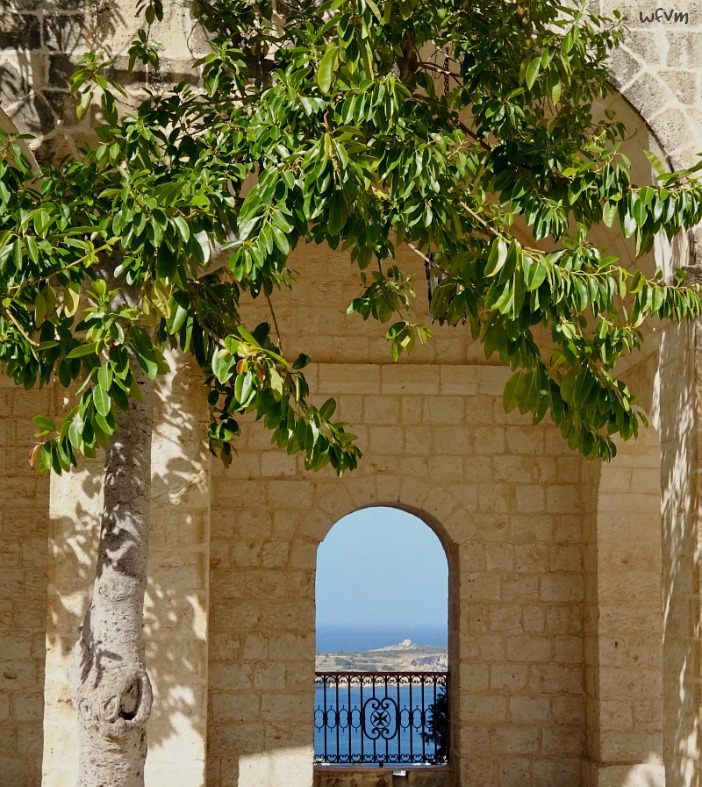 Their national spoken language is arabic in origin, but their second language is English, prior to that it was Italian. In 1802 Maltese leaders presented the island to Sir Alexander Ball, asking that the island become a British Dominion. 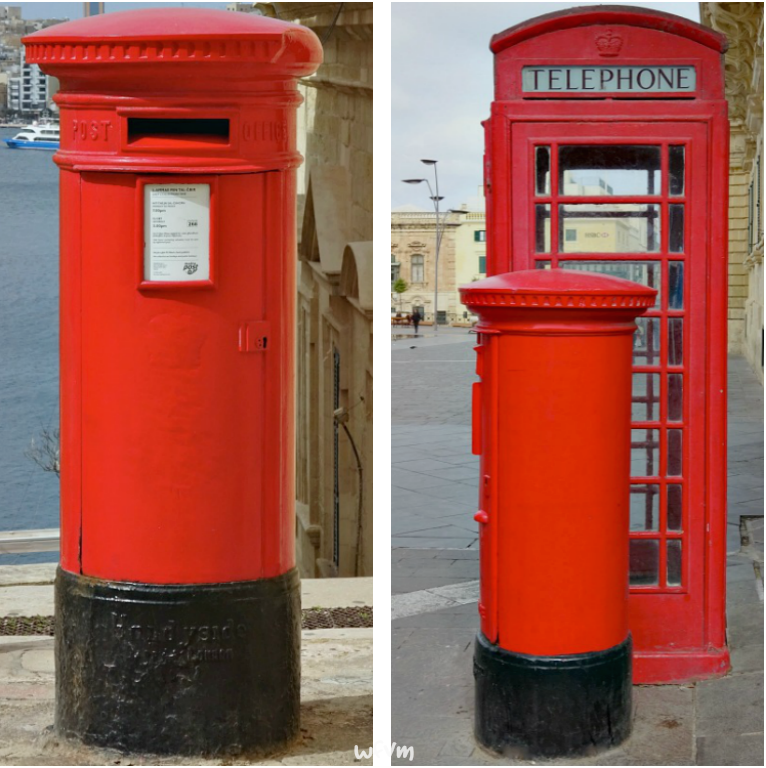 Like us, they drive on the lefthand side of the road 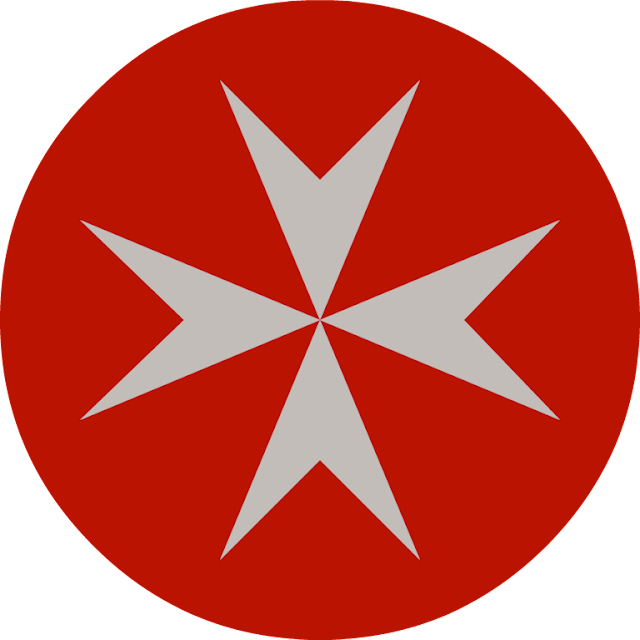 via
The cross known as the 'Maltese Cross' can be seen all over the island - in jewellery, decorating banners, on doors, and walls. However, the cross is actually the symbol of the Order of St. John which came to the island in 1530. Malta was given to the Order's Grand Master and his 4000 men by the Holy Roman Emperor Charles V, and it is where they ruled the island for over 260 years. The eight points of the cross symbolise the eight obligations or aspirations of the knights - to live in truth, to have faith, to repent one's sins, to give proof of humility, to love justice, to be merciful, to be sincere and wholehearted, and to endure persecution 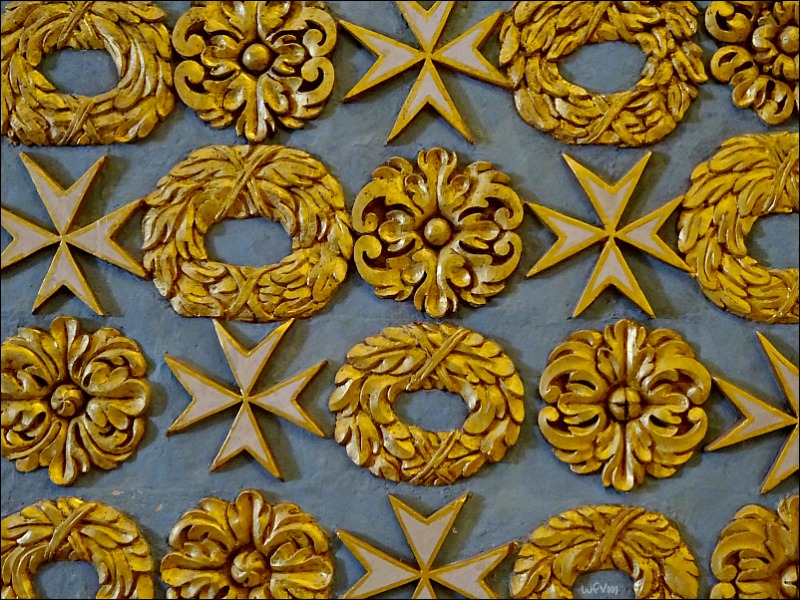 A wall decoration in St. John's Co-Cathedral, Valletta, a church designed by Maltese architect Gerolamo Cassar for the Knights in 1573 - 1577. Small chapels off the main nave are decorated and dedicated to each langue - the Knights were organised into 8 langues based on their language or geographical origin. A Co-Cathedral is one that shares the function of being a bishop's seat with another cathedral city - in this case it is Mdina. 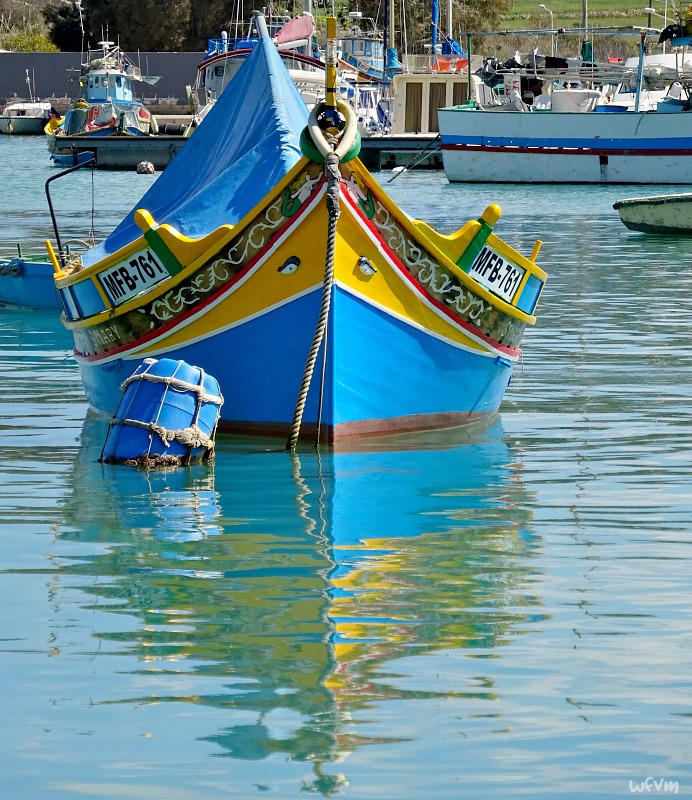 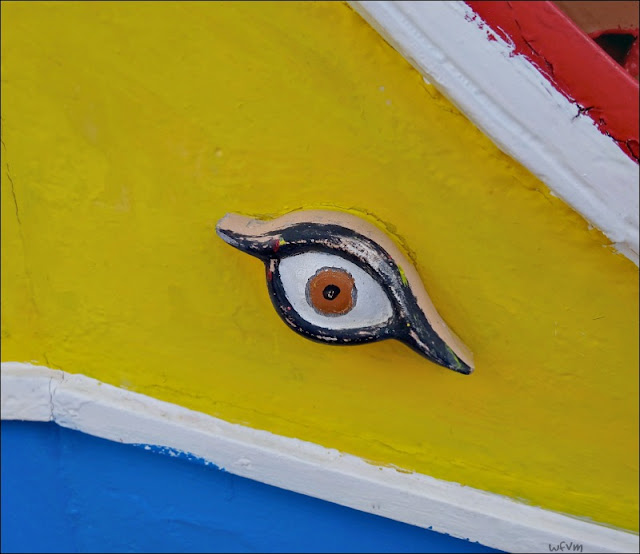 The Eye of Horus, an ancient Egyptian symbol, can clearly be seen decorating the bows of the fishing boats - it is said to give protection and good health 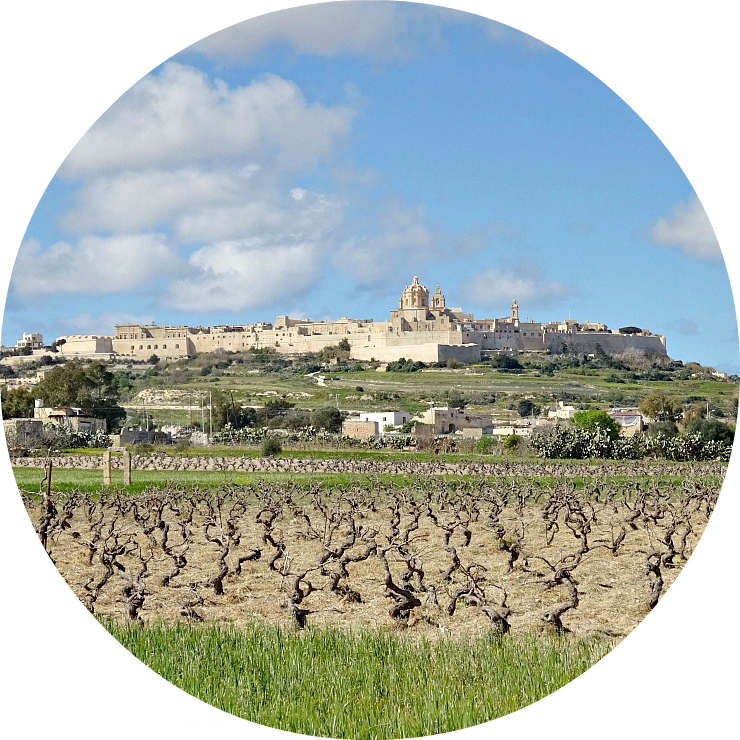 The medieval city of Mdina, fortified by the Romans, was the old capital of Malta before the Knights built Valletta. A church has existed on the site since the 4th century which was enlarged by Norman King Roger of Sicily in 1090. Following an earthquake in 1693 the church collapsed and was completely redesigned and built over the remains of the Norman cathedral. 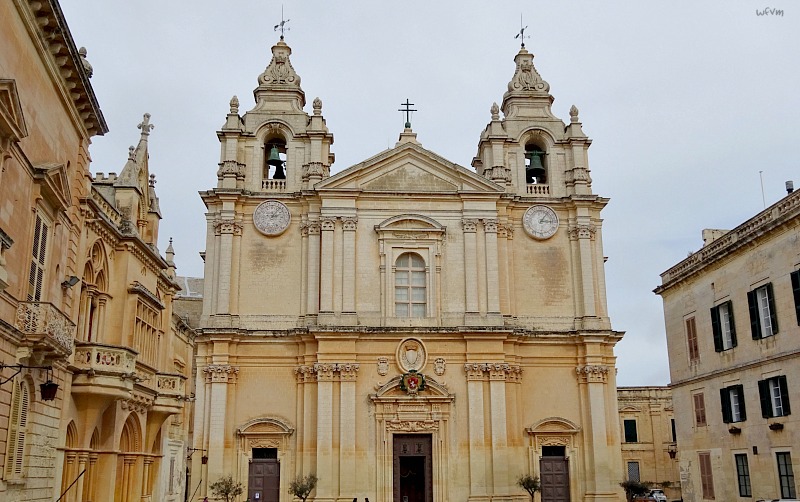 Mdina has a population of less than 300 and is mostly inhabited by Maltese nobility and religious authorities. 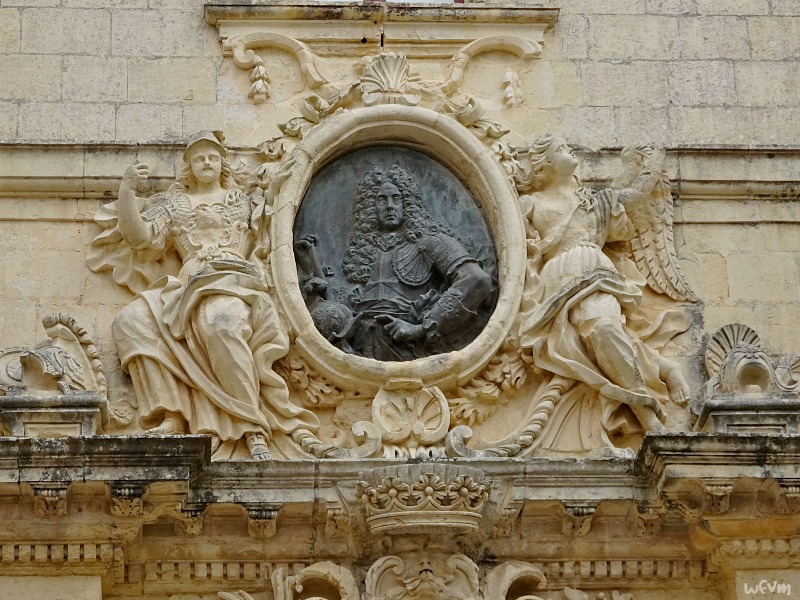 The entrance to the Grand Master's Palace, Mdina showing a bronze medallion of the 66th Grand Master,  António Manoel de Vilhena, a Portuguese nobleman. A Grand Master was elected for life and was subject only to the authority of the Pope 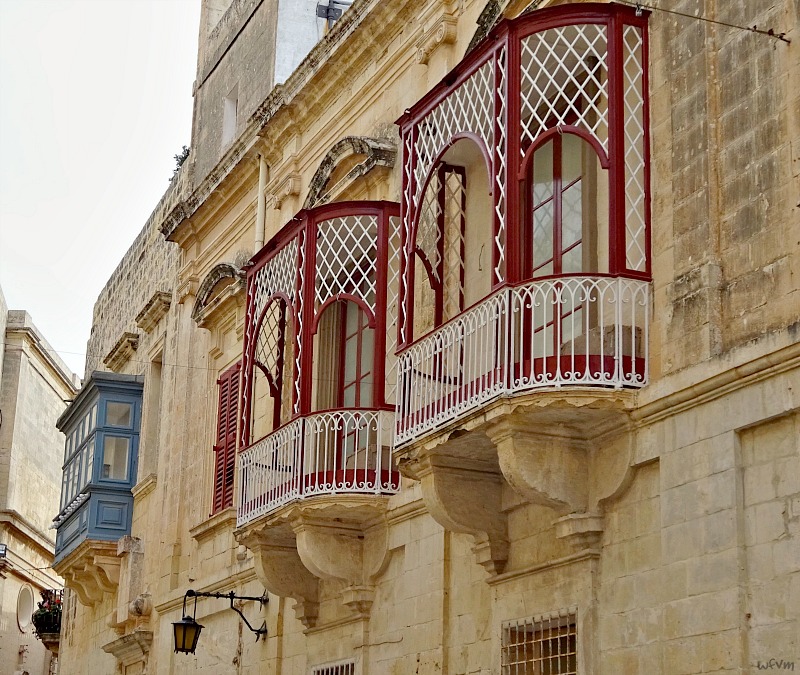 Casa Inguanez, Mdina - the palace of the oldest noble family on Malta 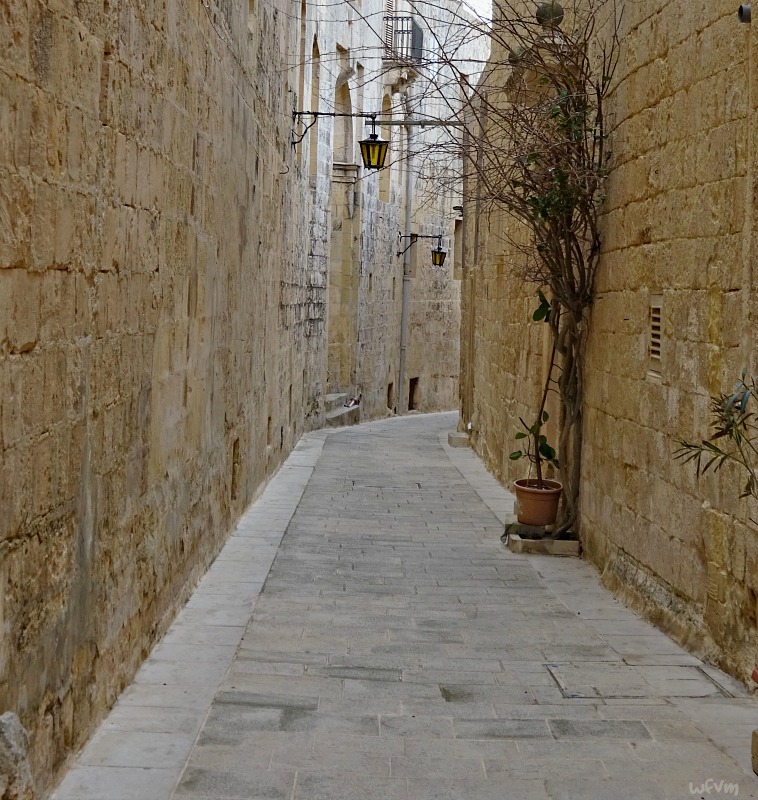 Mdina is known as the 'silent city' there are very few roads wide enough to take a vehicle, and only those belonging to residents are allowed through the city gates 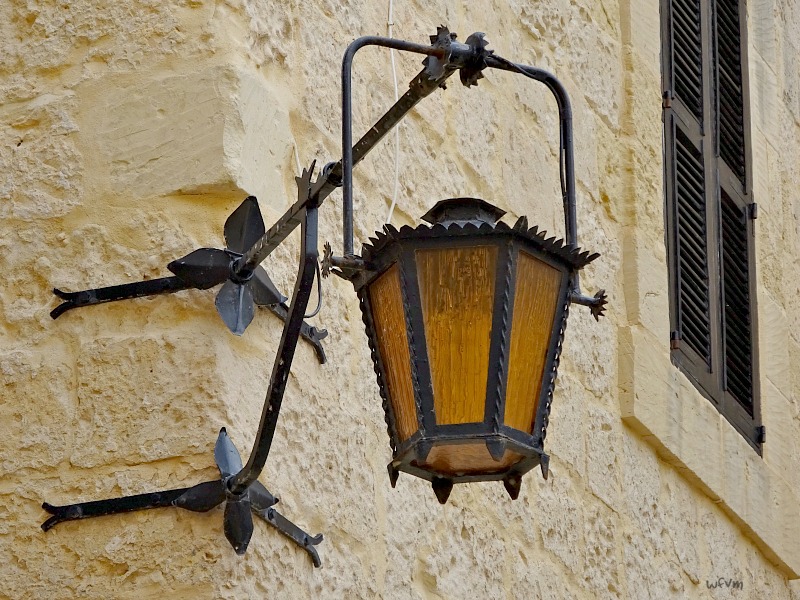 Several years ago when H worked for the UN he helped set up a Mediterranean centre for Marine Pollution in Malta. He was invited to a function held in Mdina one evening and at that time the medieval city was lit by flaming torches. 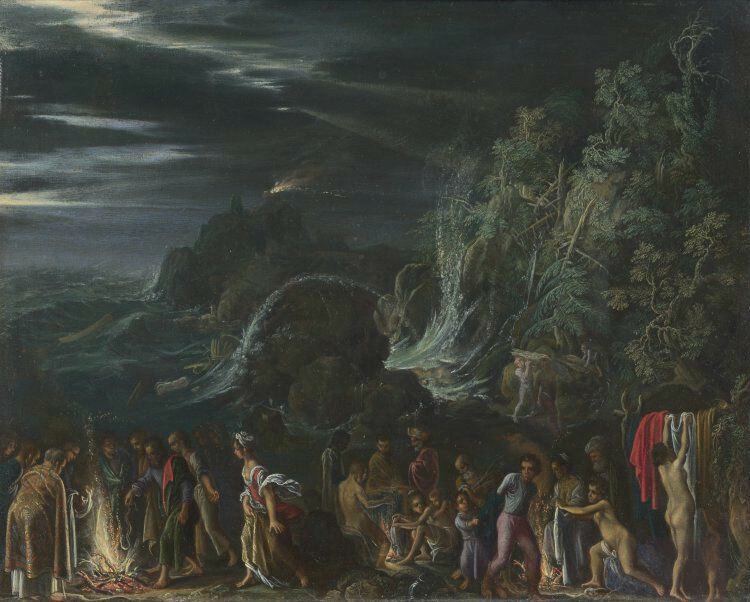 via
St. Paul on Malta - Adam Elsheimer 1578-1610 - nightime and the survivors of the shipwreck are being helped by the islanders

Luke recounts in Acts 27 - 28 how Paul's ship was lost at sea for two weeks during winter storms whilst he was travelling from Caesarea, Israel, for trial in Rome where he intended appealing to Caesar for clemency. The ship ran aground on the island of Malta and was dashed to pieces by the surf, but all the occupants survived and made it to shore. St. Paul's Island, a rocky islet at the entrance to St. Paul's Bay is thought to be the site of the ship wreck. 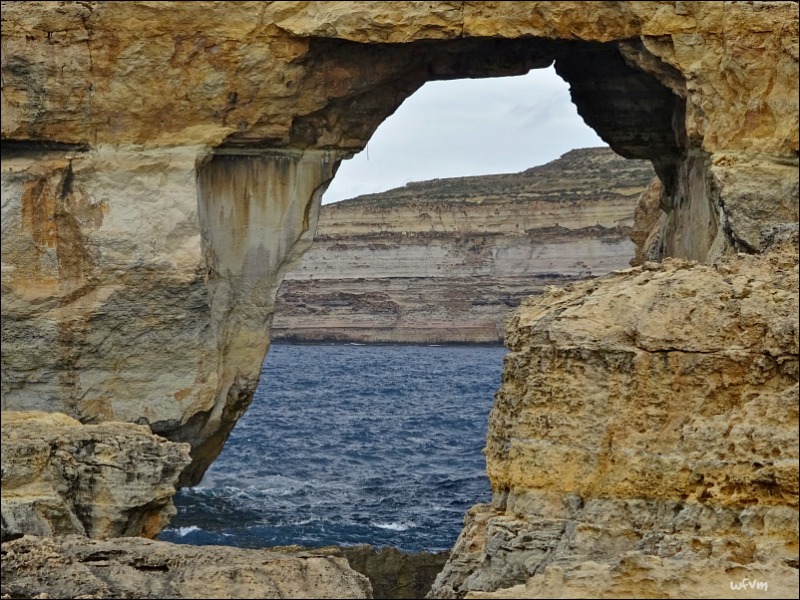 A thirty minutes ferry journey takes you to the small island of Gozo which reminded me so much more of the Malta that I remember as a youngster. Gozo is the site in Homer's Odyssey where Odysseus is held captive by the nymnph Calypso in a cave. 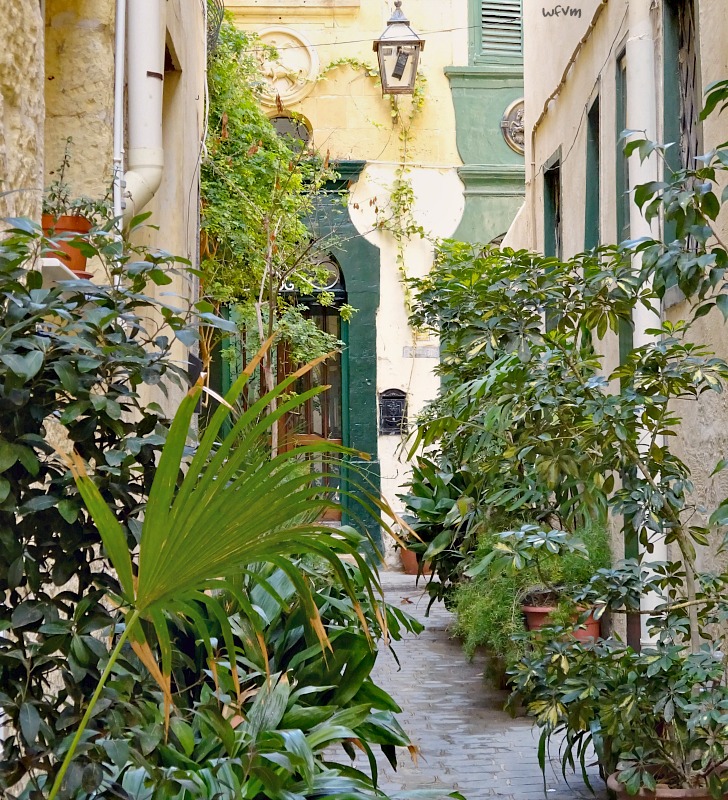 On Gozo there has been very little new building,
and time appears to have stood still 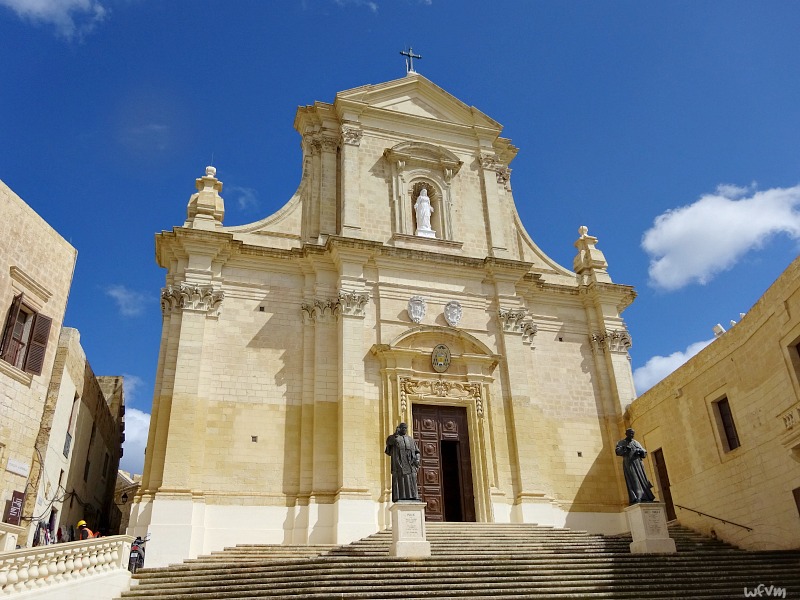 St. Mary's Cathedral is situated within the hilltop Citadel of the capital of Gozo, Victoria. The whole of the Citadel is in the process of being cleaned and restored. Victoria is the administrative, business and social hub of Gozo and was renamed in honour of Queen Victoria's Silver Jubilee. 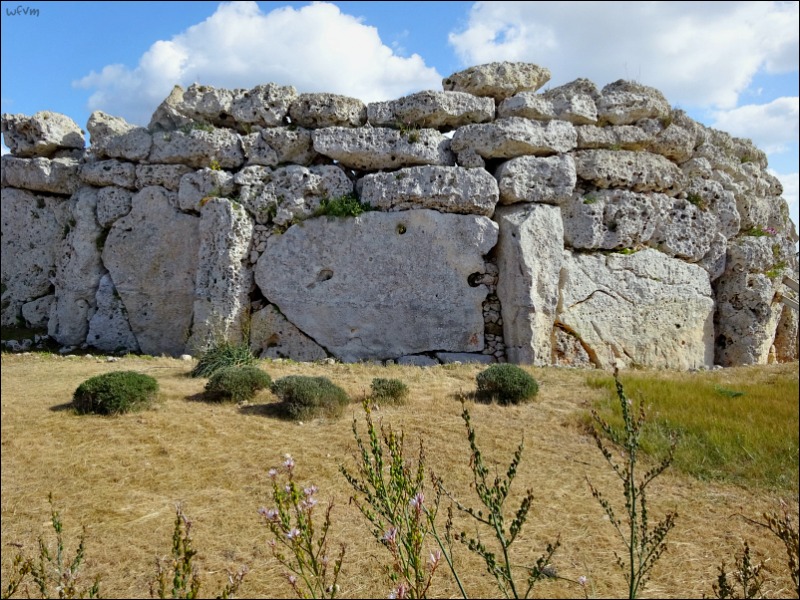 A few miles from Victoria is the town of Xagħra set on one of the many hills that dot the Gozitan landscape. It is the site of a huge 5500 year old temple complex built in 3500BC during the Neolithic period and called Ġgantija meaning 'giant women' - it is thought to have been dedicated to the Great Earth Mother. This temple complex is older than both the Egyptian Pyramids and Stonehenge - it is the world's second oldest manmade religious structure.

Altars within the main temple complex