The last Plantagenet King is found 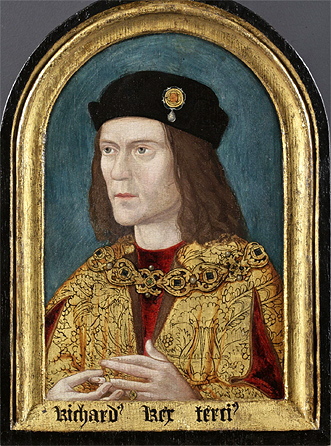 via wikipedia
King Richard lll was the last Plantagenet King of England and the last to die in battle. After his death on the Battle Fields of Bosworth, Leicestershire in 1485 he was vilified by the then Tudor dynasty, and 100 years later Shakespeare painted a picture of him as a scheming, plotting villain. This is the lasting image that most people have of the last Plantagenet king.
As a result of these bones being discovered the true legacy may yet come to light. 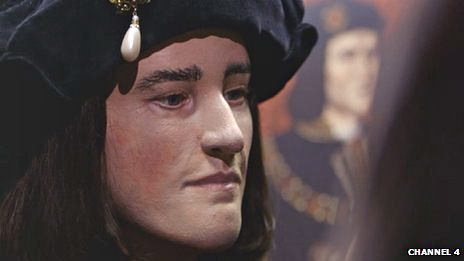 via BBC
Image of head reconstructed from the skull found in the car park in Leicester.
The driving force behind the discovery is Philippa Langley, based in Edinburgh, and secretary of the Scottish branch of the Richard lll Society. Yes, that was new to me too, but apparently there is a worldwide membership running into several thousands.
It was Philippa who visited the car park in Leicester and had a strong sensation that she was walking on Richard's grave. The car park was covering an area that had been Leicester's Grey Friars which was subsequently razed in Henry Vlll's dissolution of the monasteries, and where it was thought his bones had been taken. There was a white "R" painted on the tarmac, "R" for reserved parking, not "R" for Richard but at that spot she felt she was on a mission.
Cutting through red tape and initial scepticism, Langley obtained permission from Leicester City Council to commission a dig by the University of Leicester Archaeological Services, but funding fell through at the last minute. However, an appeal to the "Ricardians" from around the world raised £13,000 in two weeks.
The rest is now history. The first trench dug revealed a skeleton with scoliosis of the spine and a blow to the head - the only known account of Richard's death is a poem which states he was "pole-axed to the head".
Yesterday following DNA analysis given by Michael Ibsen, a Canadian furniture maker living in London, a direct descendant through the female line of Richard lll's sister, Anne of York, the bones were confirmed as those of King Richard lll. 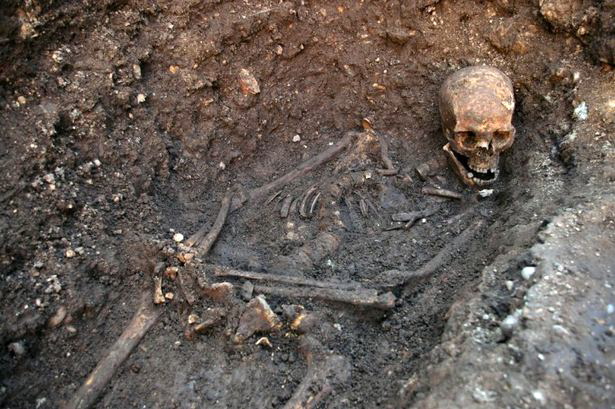