In 1864 Mr. Monk opened a Crumpet and Pyclet Bakery in Derby. He and his sons baked whilst the women sold them from a barrow situated beneath the large entrance archway leading to Derby's Market Hall. 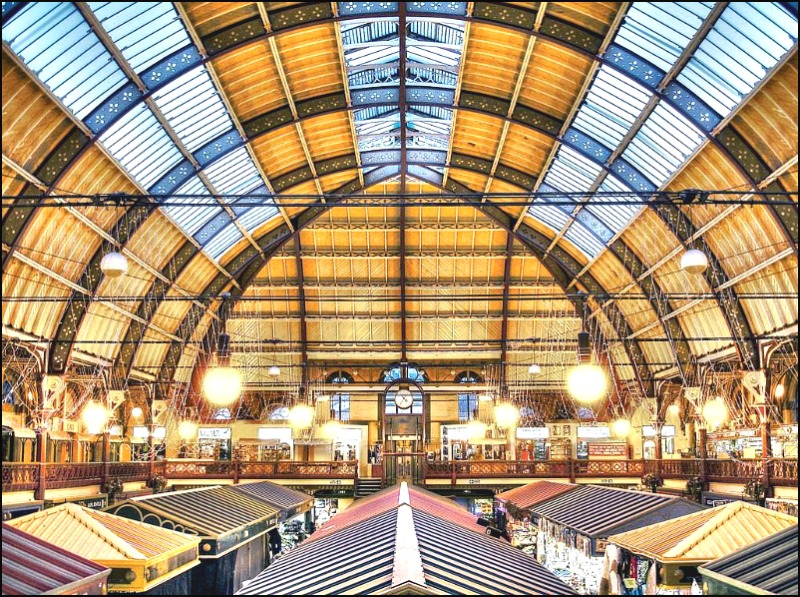 via
Interior of the Market Hall
As a child, trips into town with my mother, usually ended with us visiting Monk's barrow to buy pyclets or crumpets for tea. Sometimes she purchased their oatcakes too, which are large and flat like a pancake, then heated for breakfast with a topping of crispy bacon and an egg. 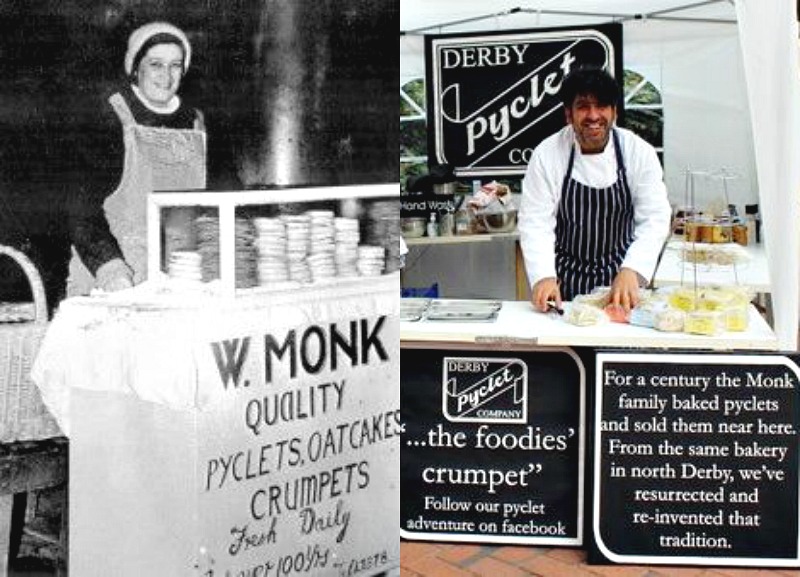 via
Until she died in 1963, Emily Monk sold pyclets "every day bar high days and holidays". The baton was then passed to Rose (pictured) who continued the tradition until 1974. A combination of the Oil Crisis and the growing rise of supermarkets spelt a lack of interest from the younger members of the Monk family and Derby Pyclets passed into history. 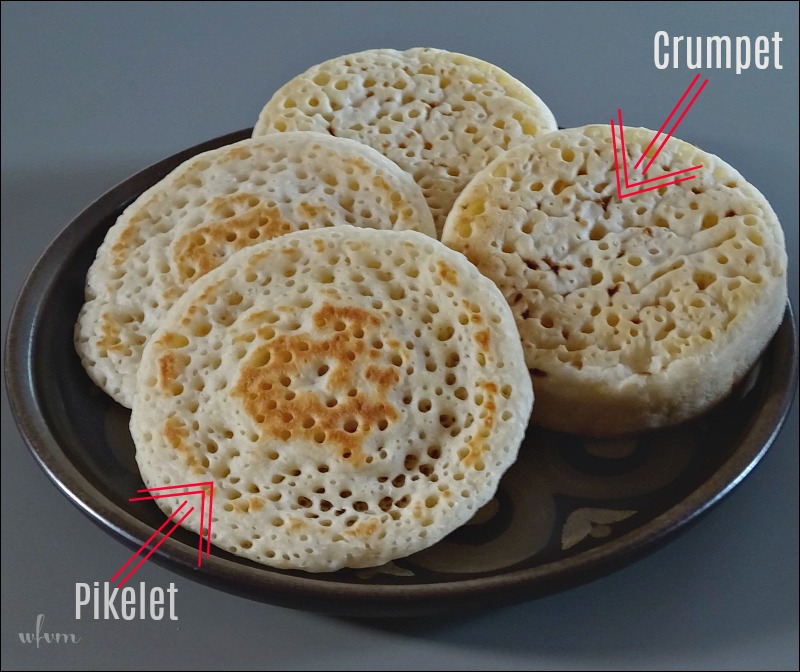 I was in our local Waitrose shop and to my delight discovered that pyclets (pikelets in the shop) have recently been resurrected. 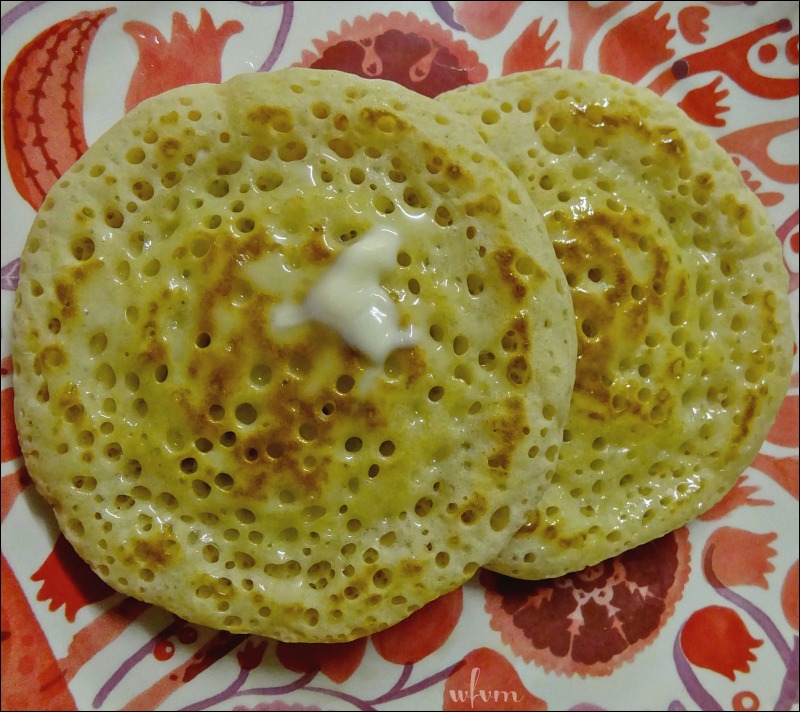 Pyclets and crumpets are similar, both are made on a gridle, but traditionally pyclets are made using buttermilk, they are thinner, lighter and airy.  Crumpets are much thicker, equally tasty and good, but normally made using sourdough.
Pyclets like crumpets are eaten toasted then topped simply with butter; they can also have either a savoury or a sweet topping. A drizzle of honey, a spoonful of conserve, or even some lemon curd. A savoury topping could be marmite, stilton cheese with chopped walnuts or maybe a slice of smoked salmon accompanied by a spoonful of horseradish and dill cream. The connotations are endless, they are very versatile, but you can use whatever happens to take your fancy.
Posted by Rosemary at 08:23