The previous post of Les Très Riches Heures showed a medieval dovecote, and following a query from Patricia at Red Cardinal I thought it might be of interest to show a small selection of the many that are still standing today. 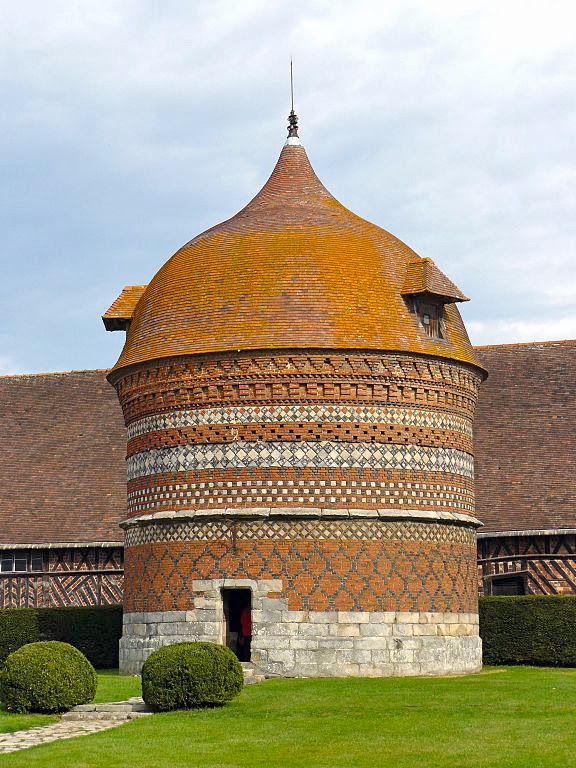 Colombier at Manoir d'Ango, Dieppe, France
Dovecotes are considered to have been introduced to Western Europe by the Romans, however, it is thought that the Normans brought the idea to Britain. They are also known as columbarias, pigeonniers, or doocots in Scotland.
Many ancient manors in France and Britain have a dovecote still standing which often date back to the middle ages or earlier.
There is no definitive architectural style for dovecotes, some are square, others are round, or even polygonal, but all contain pidgeon-holes where the birds could nest. 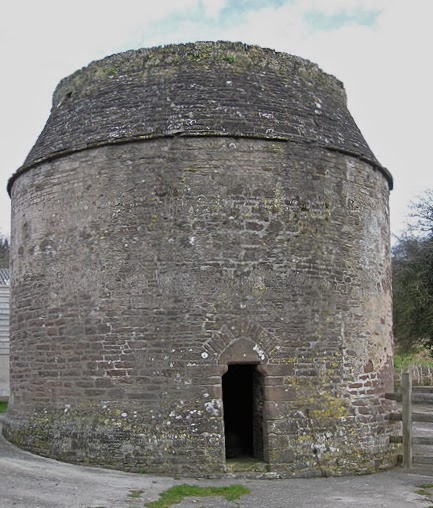 This is the oldest known English dovecote in Garway, Herefordshire. The Knights Templars were gifted the land in Garway by King Henry ll in 1180. The Templars rebuilt the existing Saxon/Celtic church imitating the Church of the Holy Sepulchre in Jerusalem and constructed this large Dovecote. The Dovecote fell into disrepair and was subsequently rebuilt by the Knights Hospitallers in 1326. 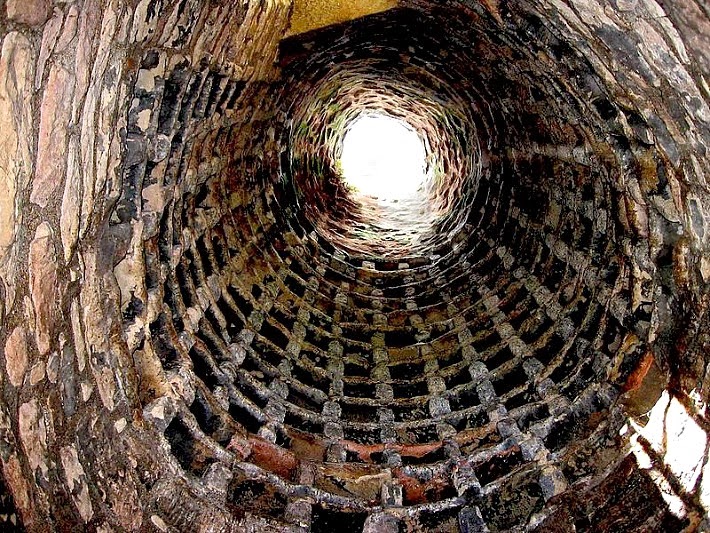 Inside a doocot at Newark Castle, Scotland
Dovecotes were mainly open at the top with a secure entry door for the owner to use, and to prevent vermin getting in.

Doocot at Corstorphine Castle, Edinburgh, Scotland
Sometimes they had small entrance and exit holes for the birds in the sides. Dovecote in Doorn, Netherlands - probably standing on stilts to prevent vermin
Pigeons and doves were a very important source of fresh food they were kept for their eggs, and flesh. Most birds lay eggs twice a year. Pigeons and Doves can lay eggs all year round. Their dung was used as fertiliser and also collected by government agents because it was a source of saltpetre for making gunpowder. By law, in Britain, only manorial lords could keep birds so most dovecotes are to be found at manor houses, castles, or former monastic sites. 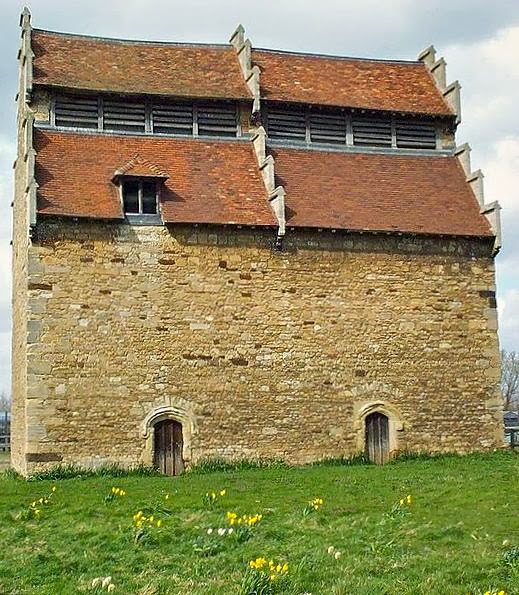 This Tudor dovecote nestles alongside Willington church in Bedfordshire
The law was relaxed after 1600 so they then became a more common feature. They can often be seen in the gable ends of stable blocks, barns or farmhouses, and can even be found in some churches. 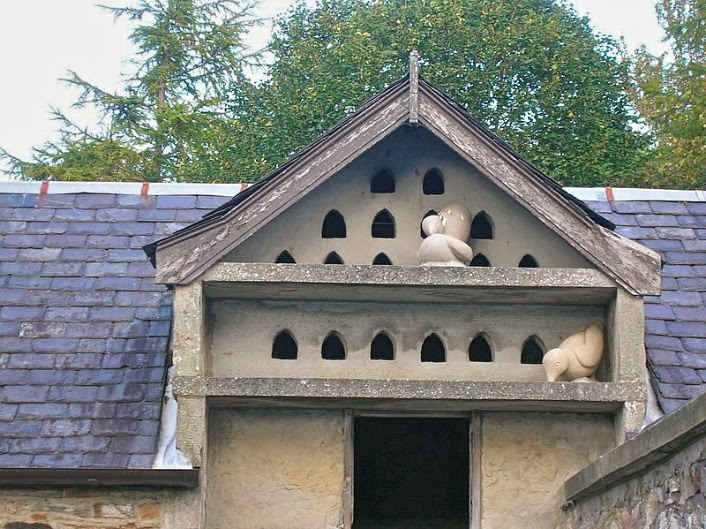 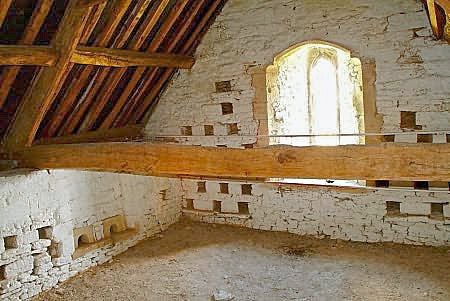 via
The dovecote in St.Johns Church, Elkstone, Gloucestershire is situated directly above the altar. A small spiral stair directly behind the pulpit leads to it 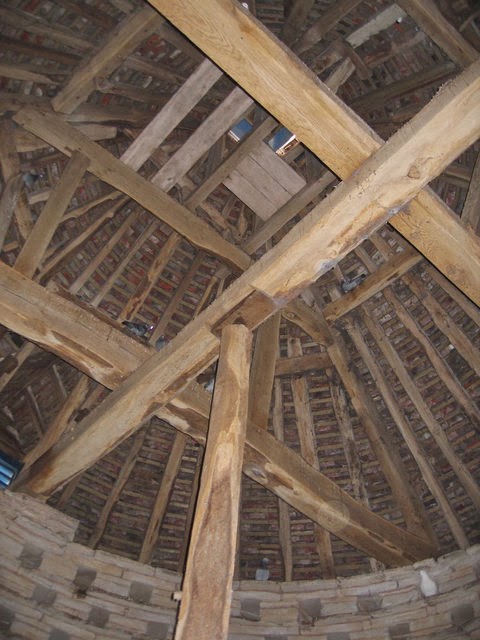 Interior of 14th century dovecote at Kinwarton, Warwickshire
Inside a dovecote there was a pivoting central post called a potence, and attached to it was a ladder making the job of collecting eggs easier. The interior below shows Dunster Dovecote, Somerset with its potence and ladder intact. 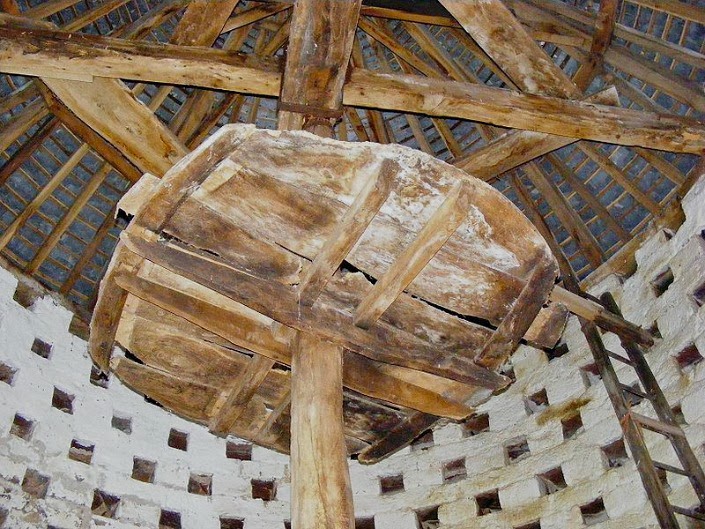 The interior of Dunster Dovecote, Somerset

via
A diagram showing Dunster Dovecote
As I was coming to the end of this post I remembered that we have a small handmade pigeonnier purchased many years ago whilst travelling in Southern France. It shows a design and style typical of the area in and around the Aveyron department.
I also recalled a time when we were invaded by Doves, but that is a tale for another day!!! 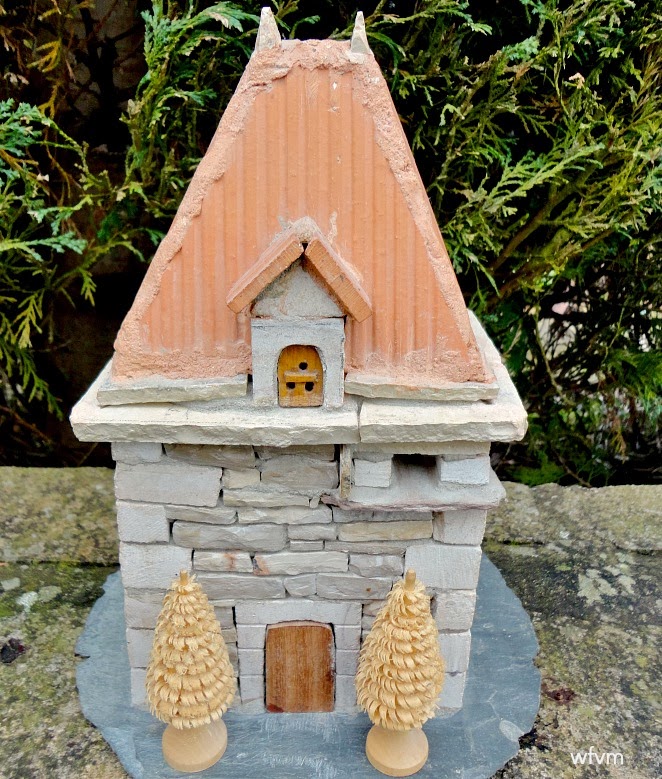 except where stated all post images via
Posted by Rosemary at 10:01