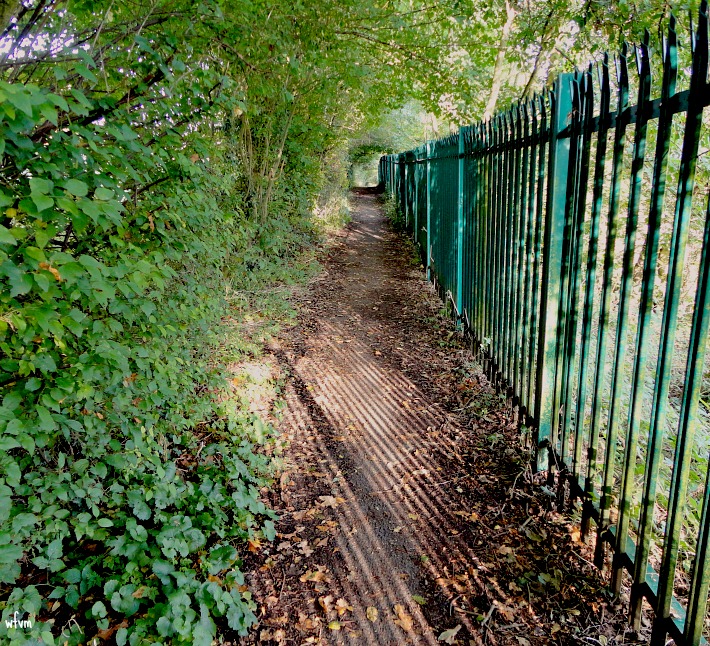 On a beautiful morning this week, we left our hilltop eyrie, parked the car, and walked down into the valley 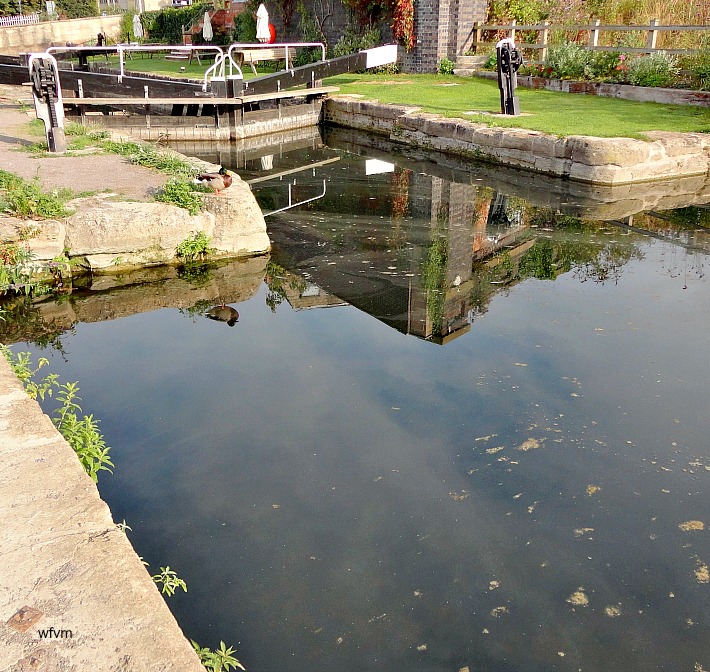 past the old canal and 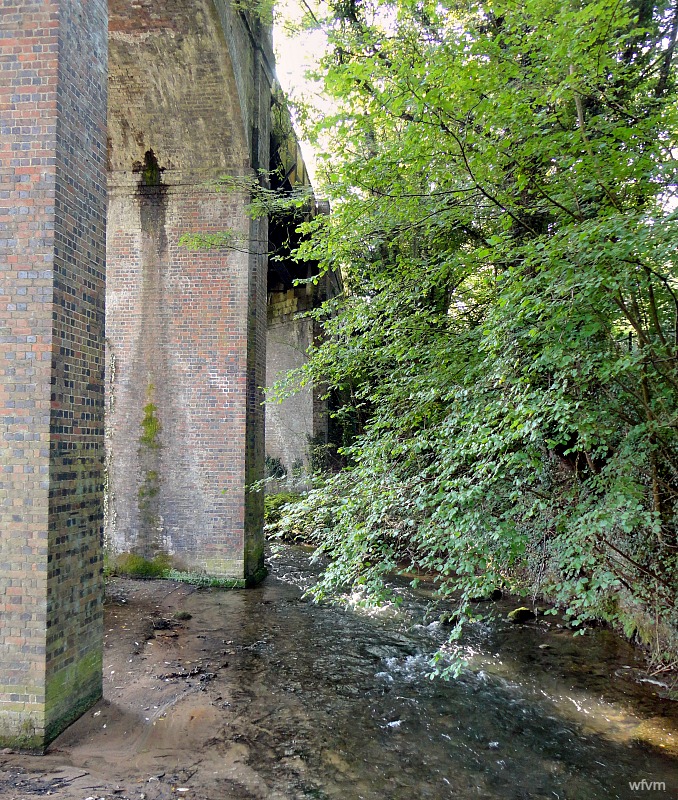 under the viaduct that carries the trains to London

H travels to London regularly doing consultancy work, but it is sometime since I was last in town. We owned a pied-à-terre in Pimlico when he worked for the UN. He would often be there during the week - I spent time there too. It was a place we both enjoyed staying in until our boys went to university, and then they kind of took it over!!!
London has changed almost beyond recognition, lots of new contemporary architecture, old buildings have been cleaned and spruced up, there were many visitors enjoying the warm sunshine. 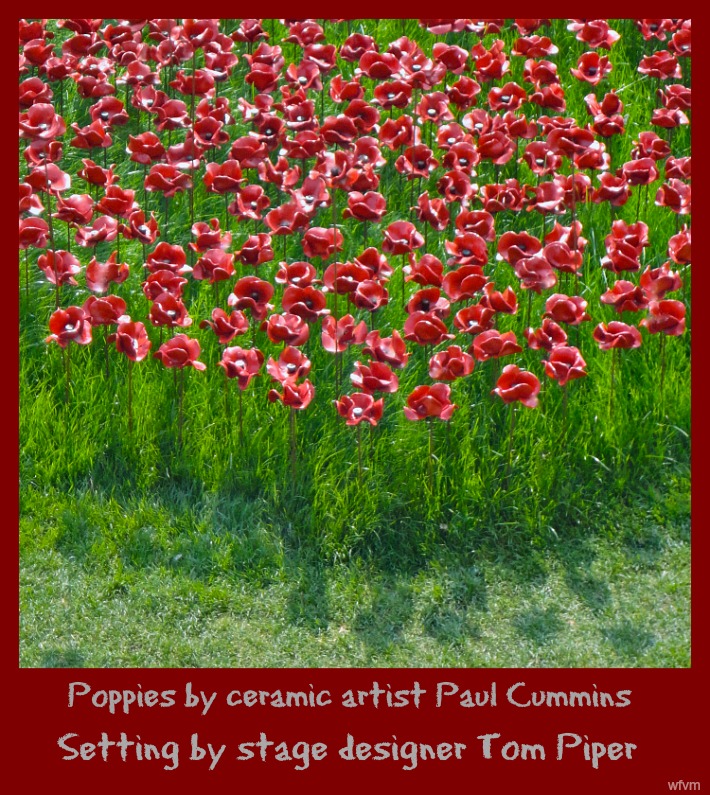 The poppy installation at the Tower of London, flows all around the 11th century moat and 'bleeds' from one of the tower's bastion windows.  It has and is attracting huge numbers of people from around the globe 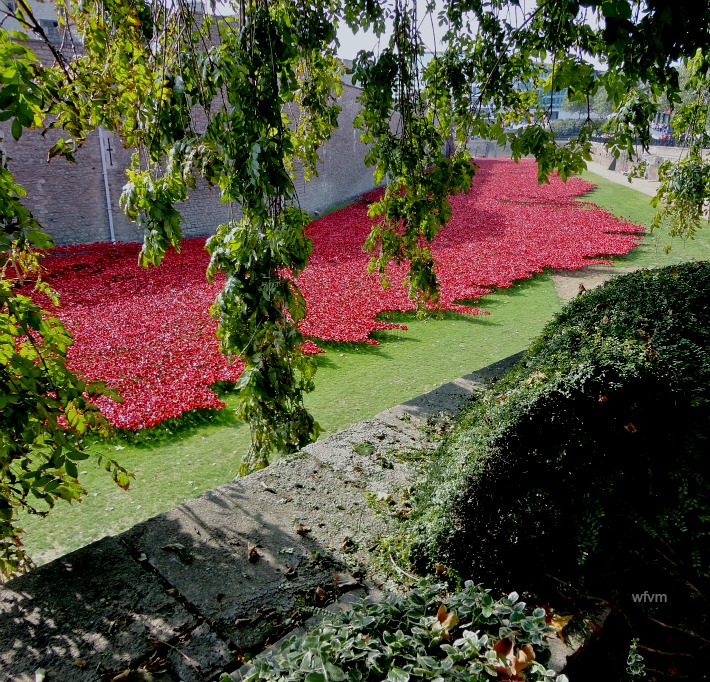 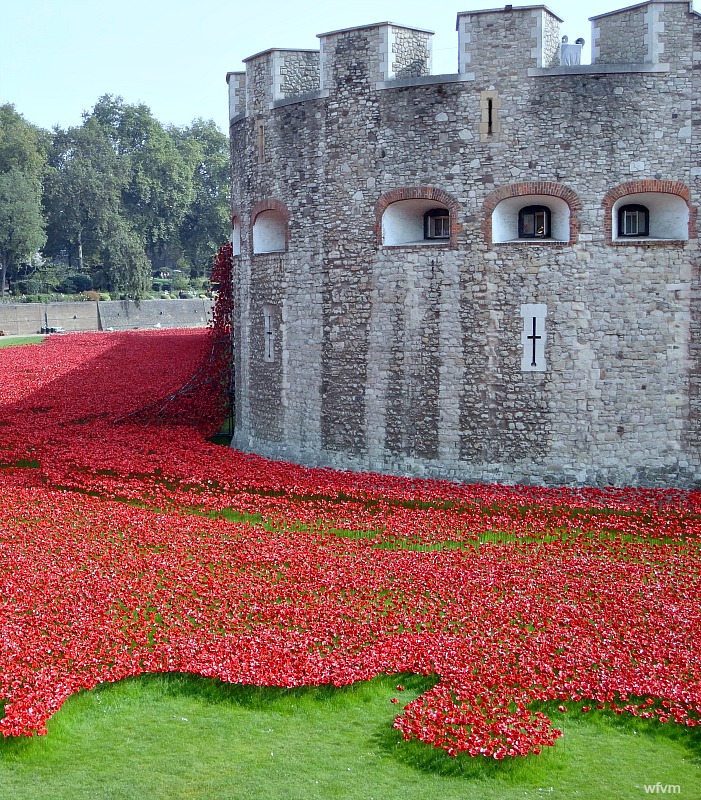 It is 100 years since the outbreak of WWl and each poppy represents a British military death. By Remembrance Day on the 11/11/14 the last of the 888,246 hand-made poppies will have been placed in this ever evolving art installation - the next day the task of dismantling will commence. 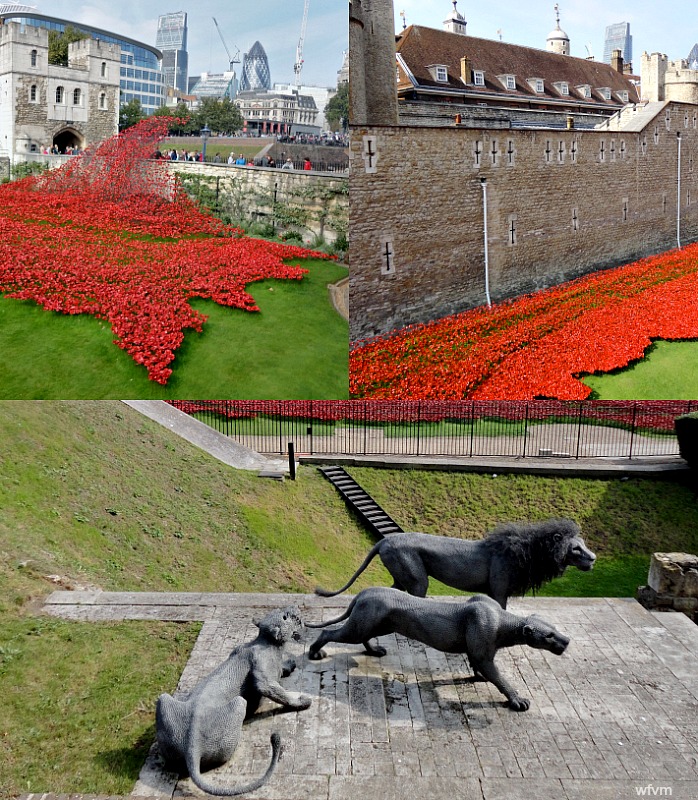 When entering the Tower of London in King Edward l's reign (1272-1307) bravery was required. Passing under the fortified gate towers which were defended by archers, you might have heard the roar of lions as you crossed the causeways and drawbridges that spanned the water filled moat.
Where these lions stand today are the ruins of the first drawbridge pit which led to Lion Tower. Big cats were still visible at the Tower until 1832 when they were finally removed to the new London Zoo in Regent's Park. When archaeologists excavated the pit in 1936 they found the skulls of medieval lions which were over 600 years old. 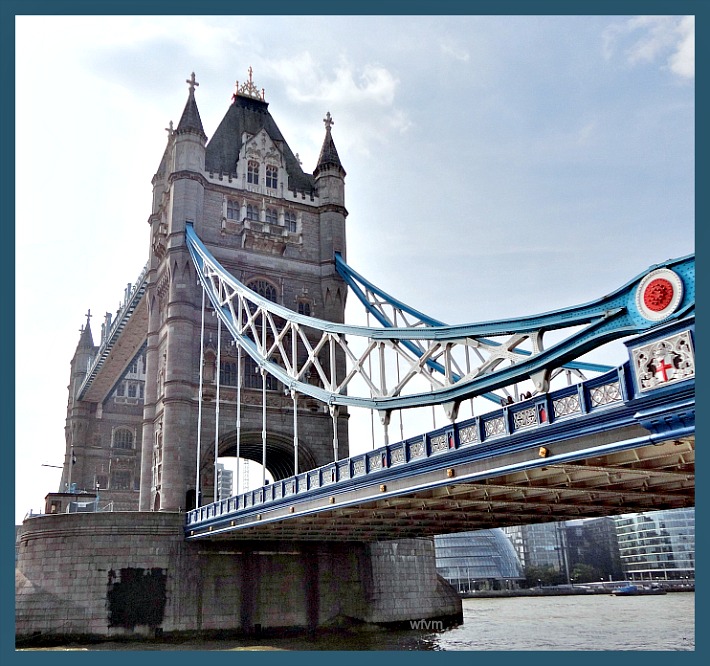 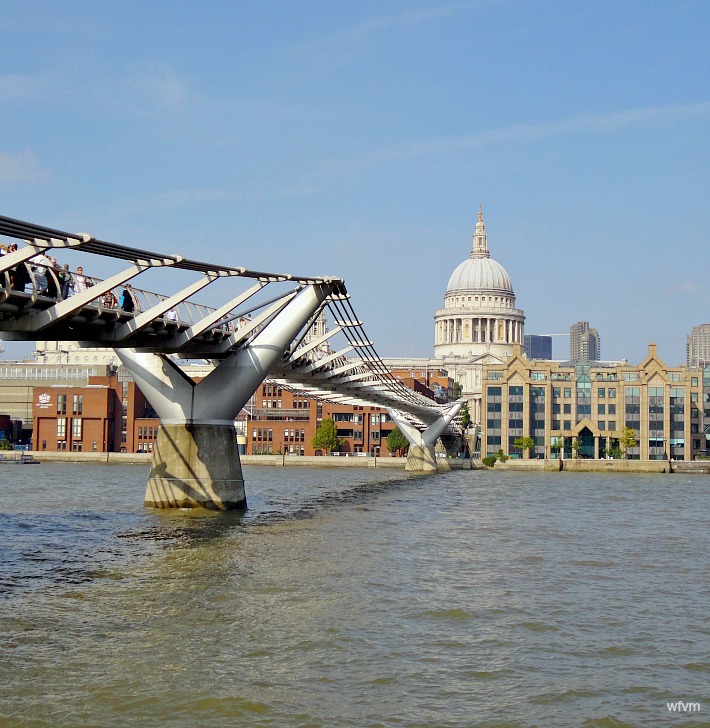 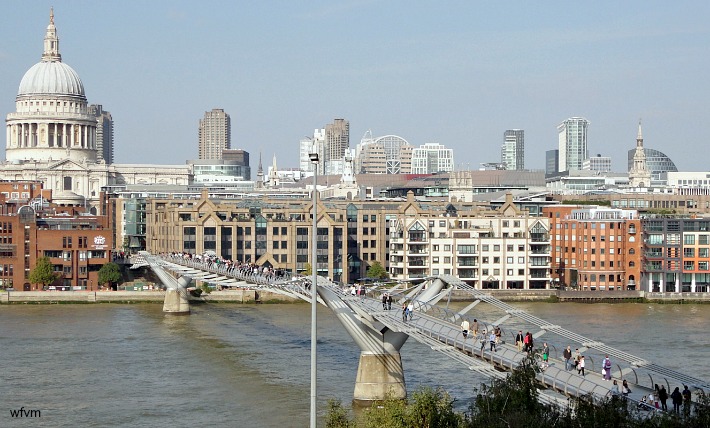 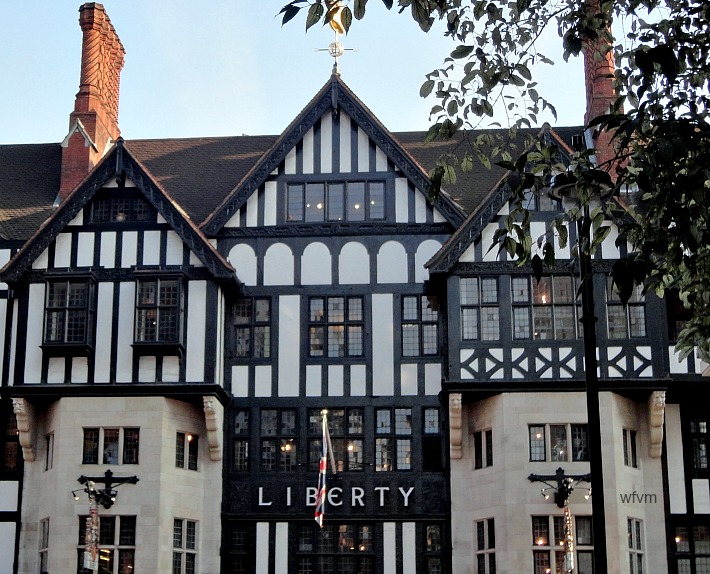 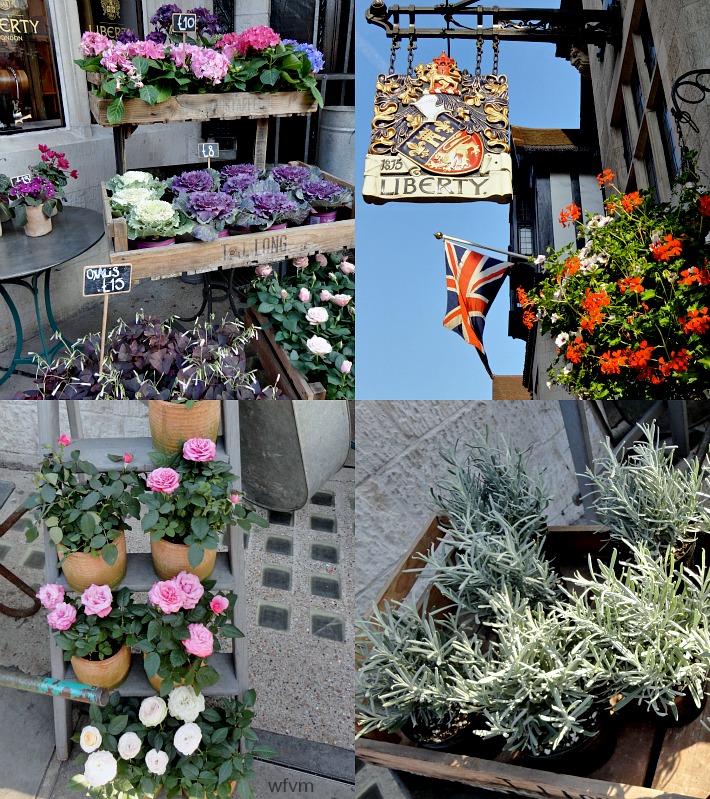 I always take the lift straight up to the top floor and browse the original Arts and Crafts furniture made by many collectible craftsmen such as Gimson, and the Barnsley Brothers, Archibald Knox and C.R Ashbee silver, Wm de Morgan pottery, and Wm Morris tapestries - it is like being in a museum, except that all the items are for sale. They also have one off pieces of contemporary furniture, glass, pottery, and silver made by up and coming young designers that I like to see 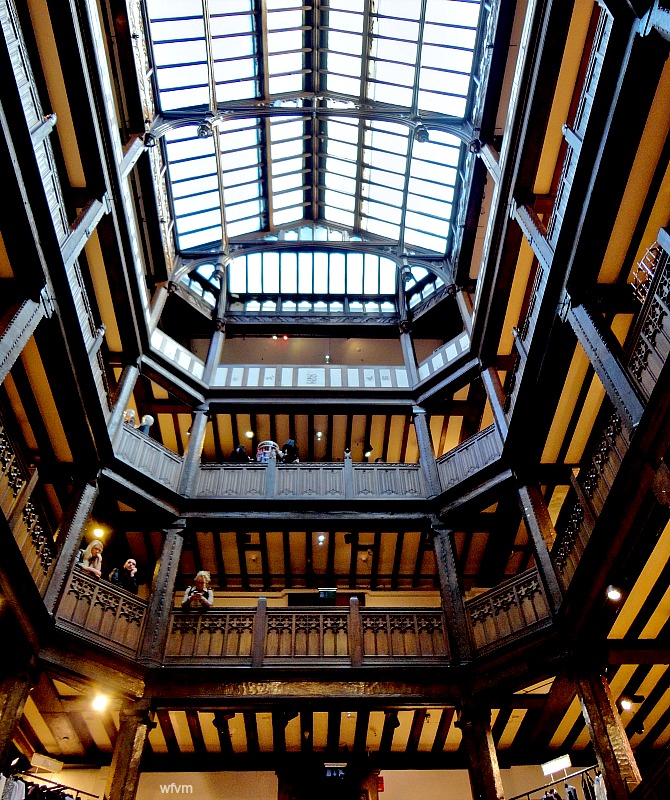 Looking up to the top floor in the atrium 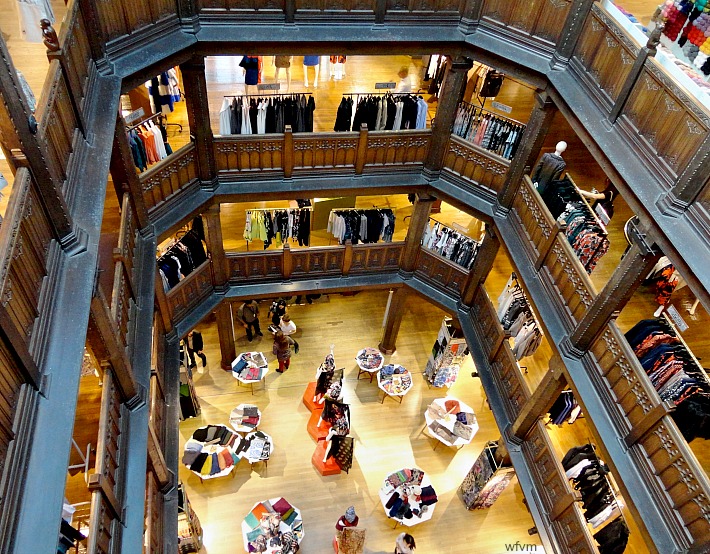 and then down
Channel 4 were filming another Liberty documentary series. I remember seeing their Christmas Shop on the programme last year, but was shocked to see it was already in full swing, and what is more, people were buying. I am still in holiday mood, definitely Christmas is not on my mind 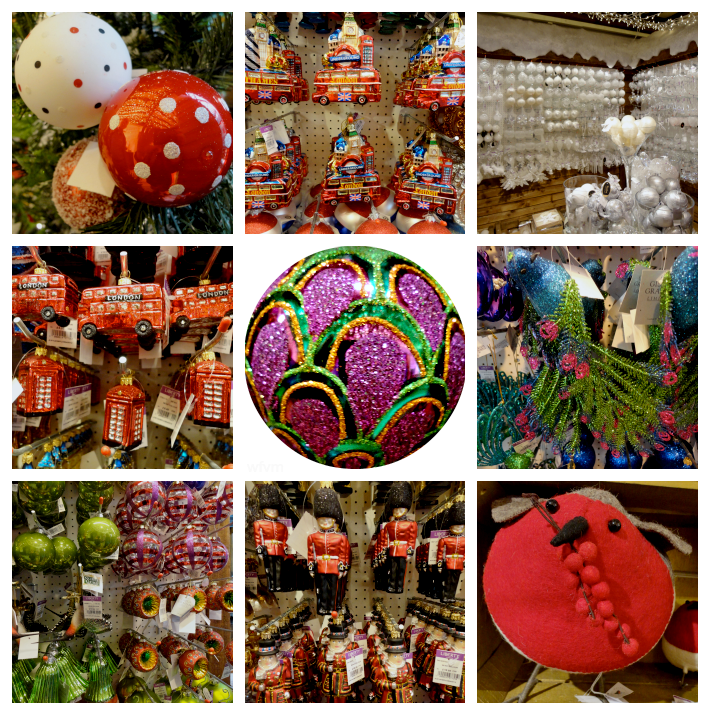 glimpses of what the best dressed trees will be wearing

Perhaps I should explain the title of this post to those who have not visited London. As you alight from any tube-train "Mind the Gap!" announcements are made by a disembodied voice, an important warning to heed
Posted by Rosemary at 09:02