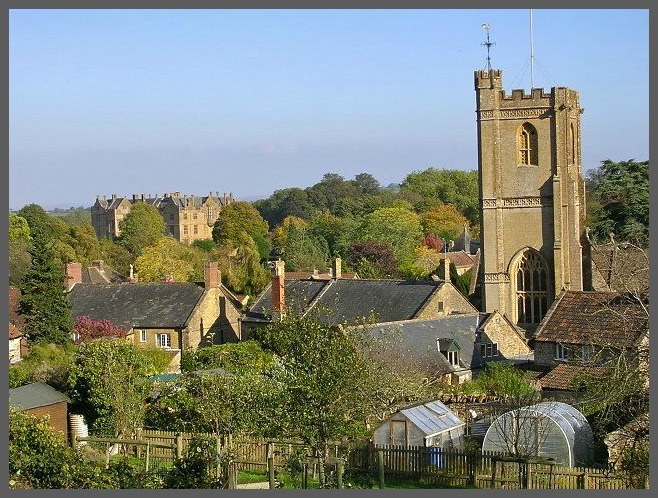 via
It is about 20 years since we visited this glorious house, and both of us remember it well - its impact is lasting. 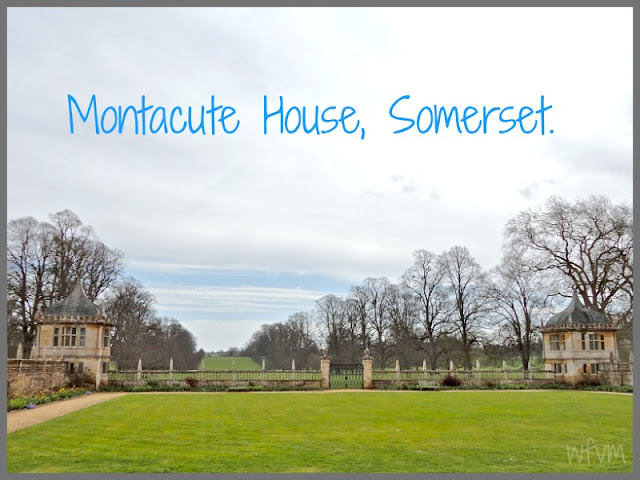 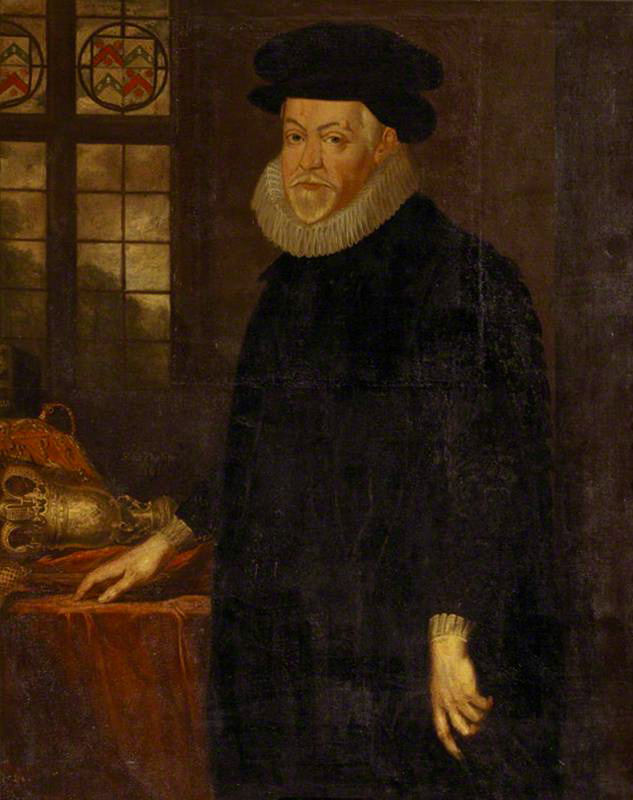 via
Montacute House was built in 1598 by Sir Edward Phelips, whose family had lived in the Montacute area since at least 1460. They were yeomen farmers before their rise in status. 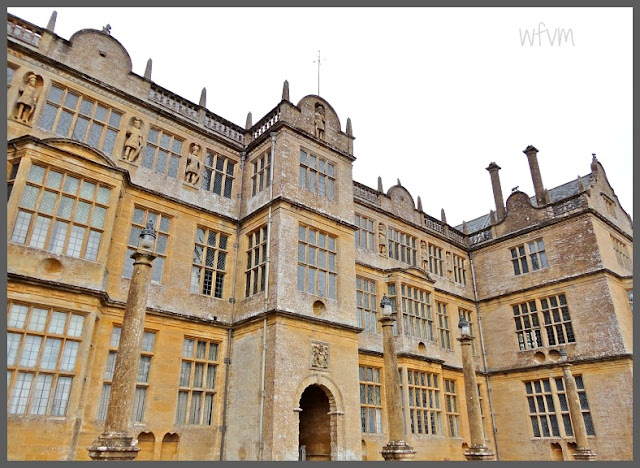 Built in what came to be considered the English Renaissance style, the east front is distinguished by its Dutch gables decorated with romping stone monkeys and other animals. The windows of the second floor - the Long Gallery are divided by niches containing statues, a feature copied from the Palazzo degli Uffizi in Florence - at Montacute the figures feature the Nine Worthies. The Nine Worthies are legendary figures who personified chivalry in the Middle Ages. 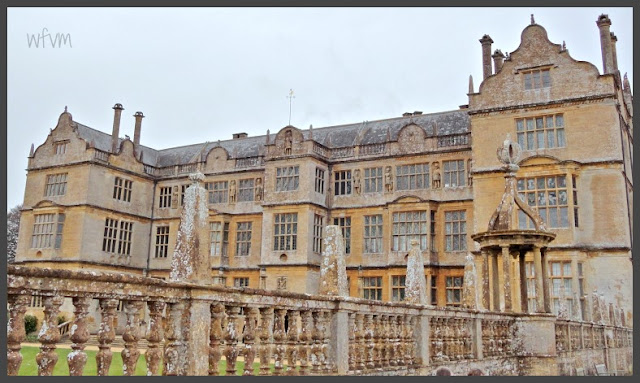 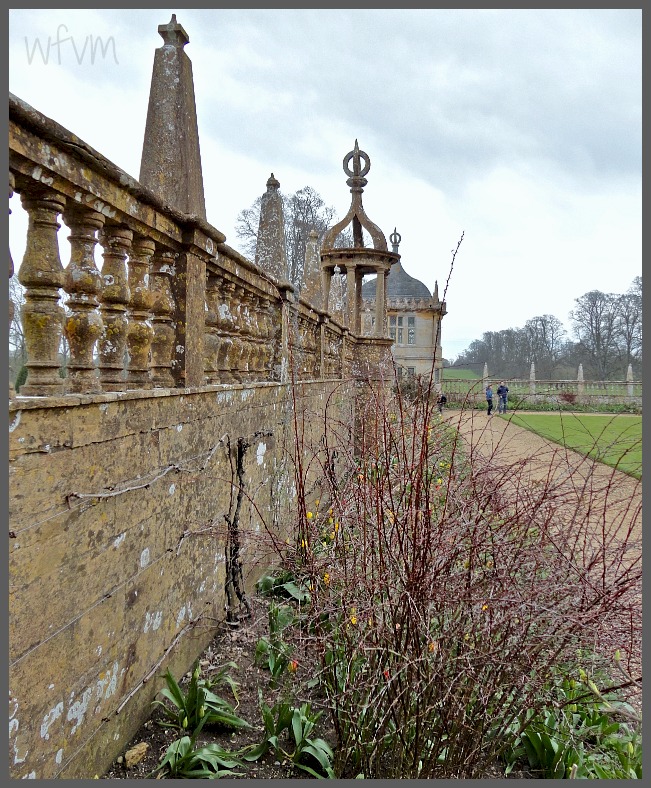 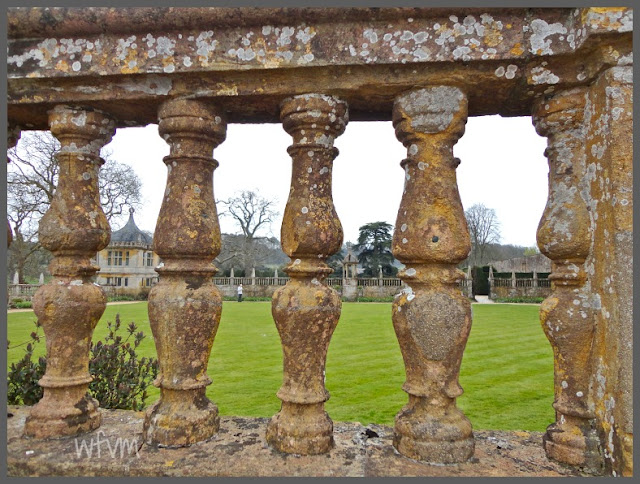 The elaborate walled garden is complimented by twin garden pavilions in the far corners. 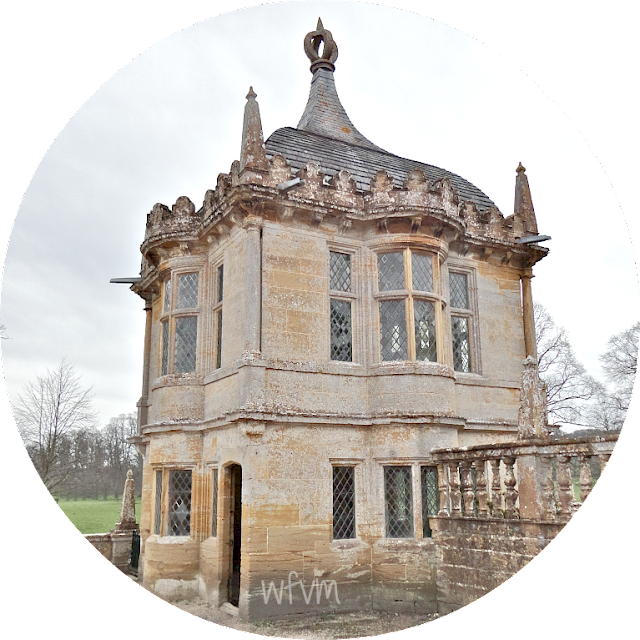 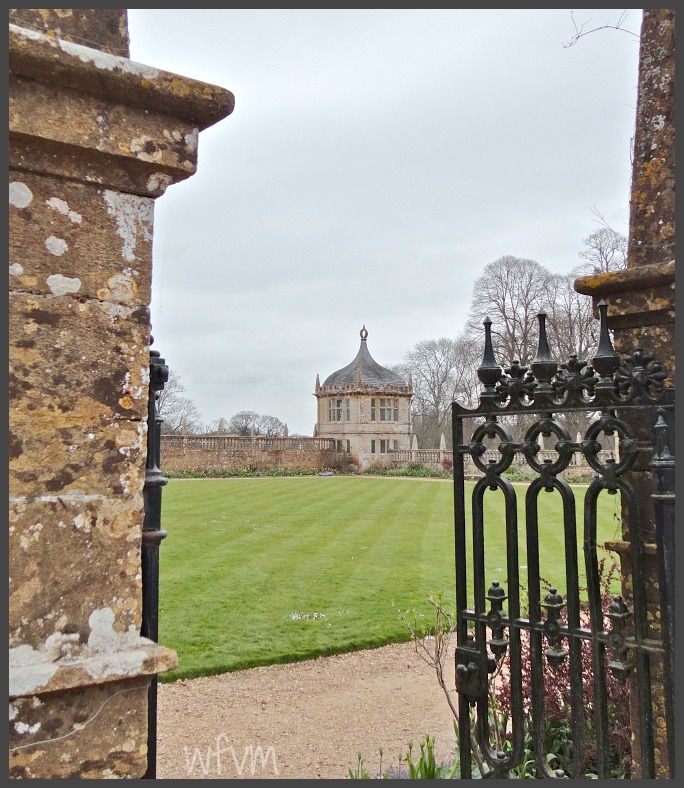 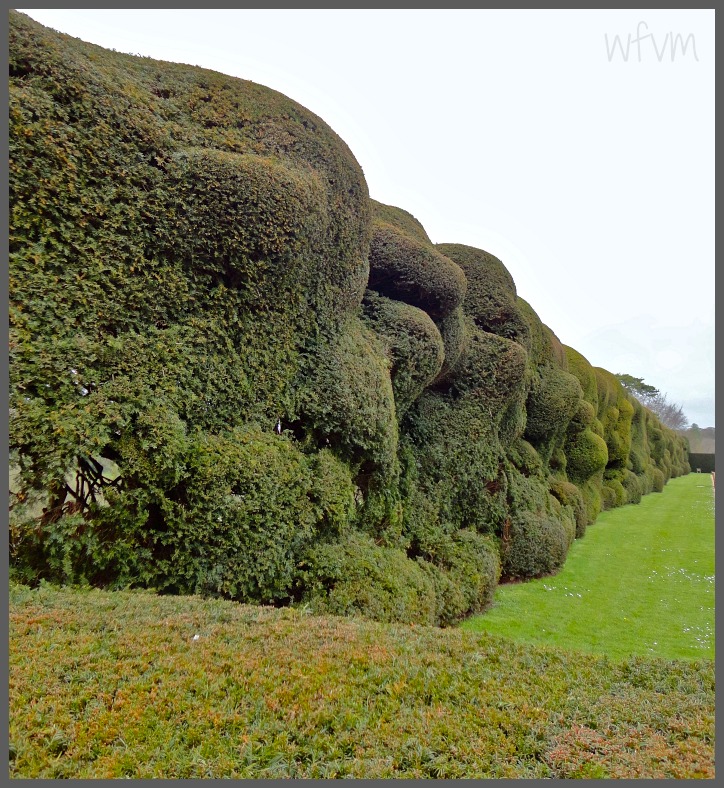 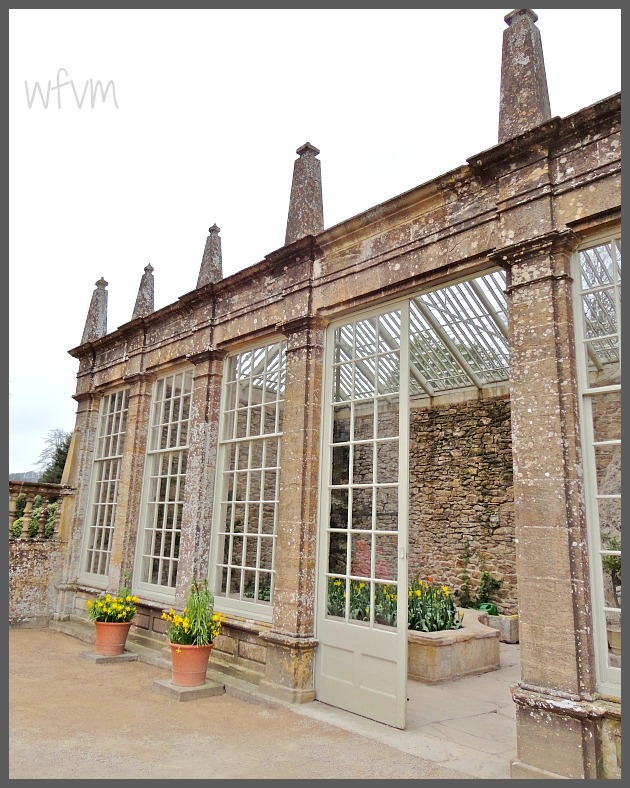 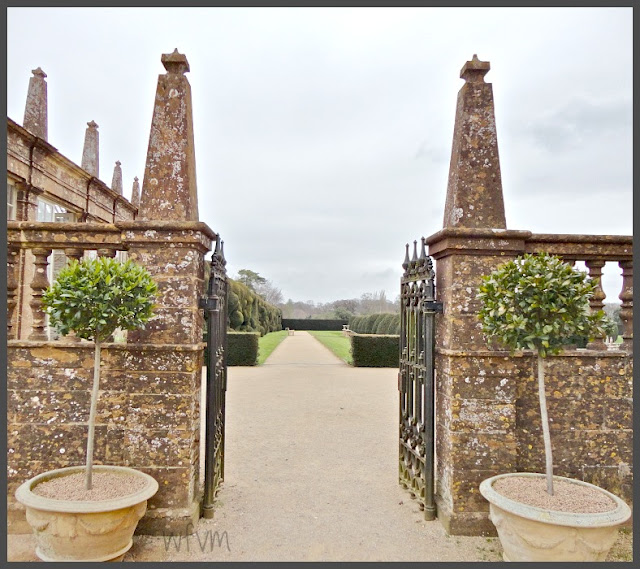 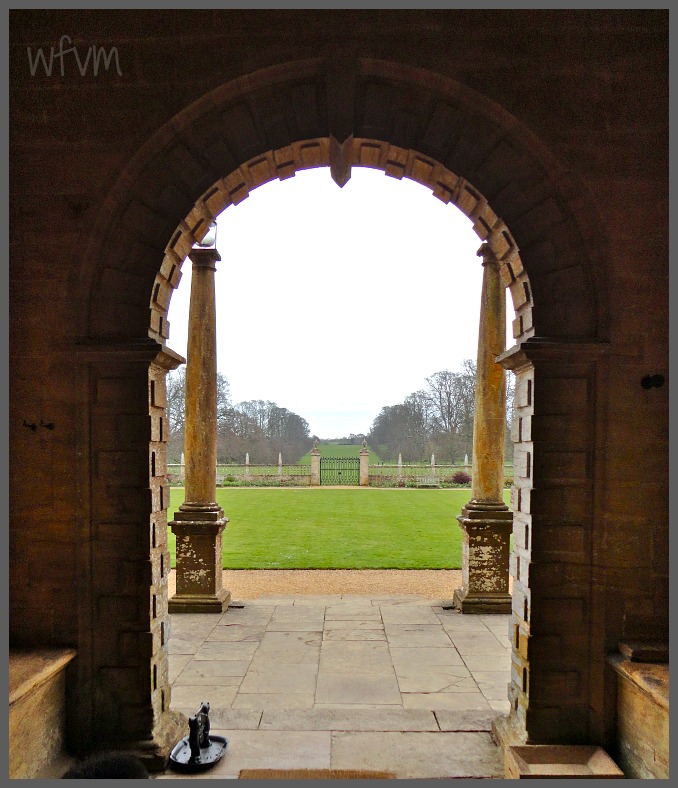 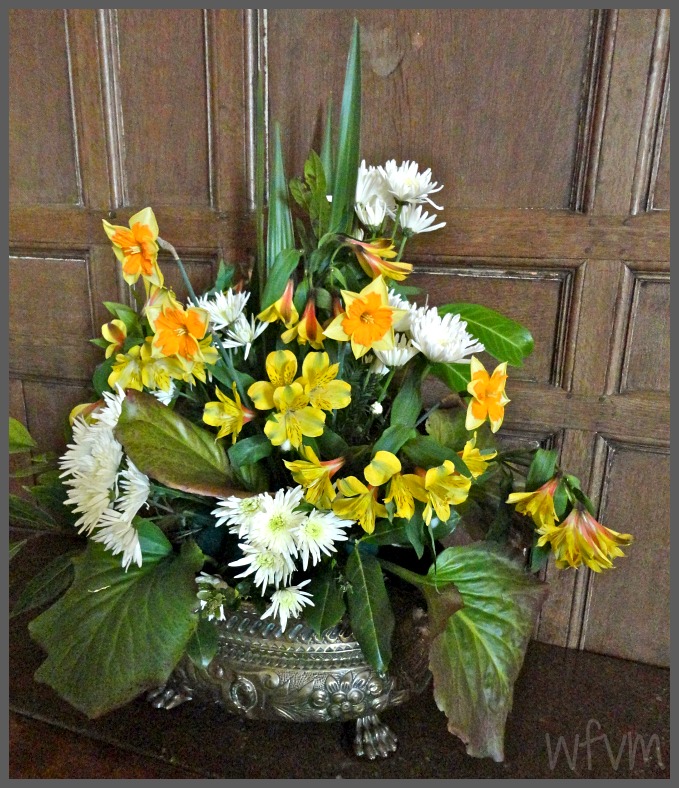 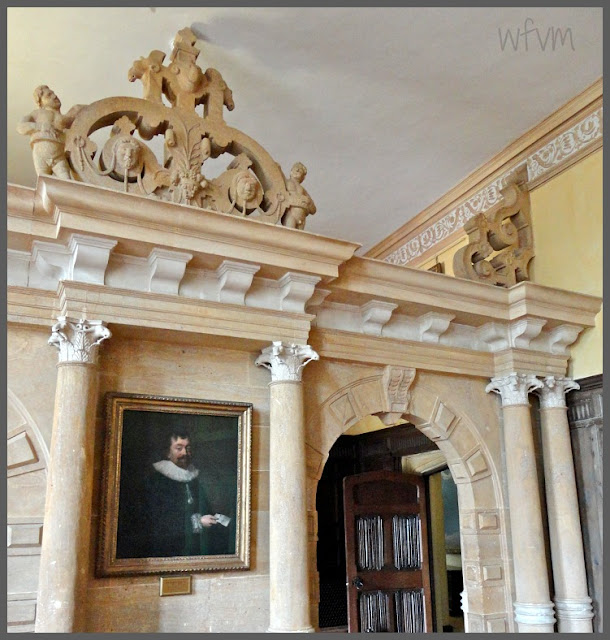 Coming through the main entrance door to the left you then pass through this double arched stone screen leading into the Great Hall. Made in the renaissance style, the proportion of the screen's ionic columns suggests an uncertainty of classical elements so newly introduced to England during the 16th century. 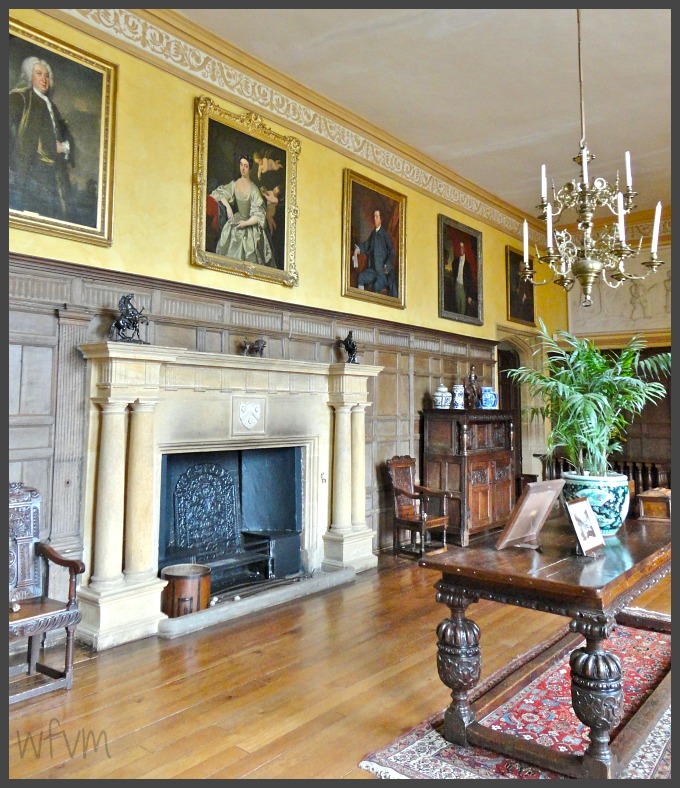 The Great Hall showing portraits of the Phelips family 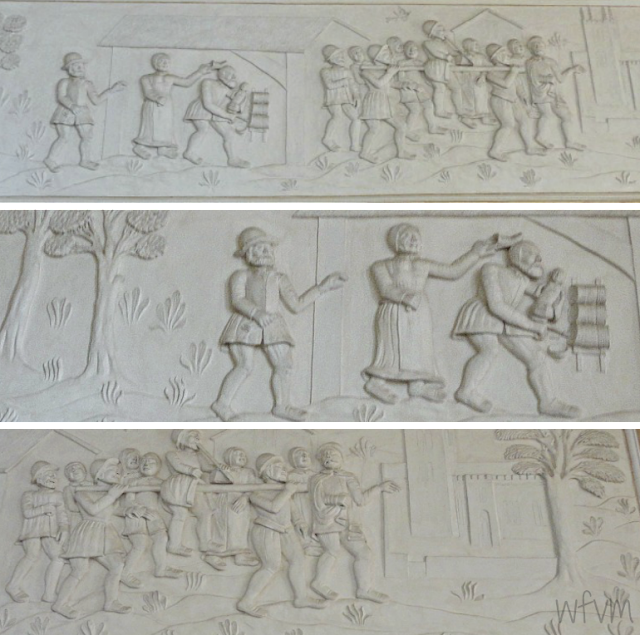 At the end of the Great Hall is a rare plaster panel depicting an example of rough justice dating from 1600. On the left a henpecked husband has a drink whilst looking after the baby. His wife catches him and hits him with a shoe. A neighbour reports the incident to the village and the husband is punished by having an uncomfortable ride on a pole, whilst the locals mock him. This is known locally as the "Skimmington Ride". You can read about another Skimmington Ride in the "Mayor of Casterbridge" by Thomas Hardy. 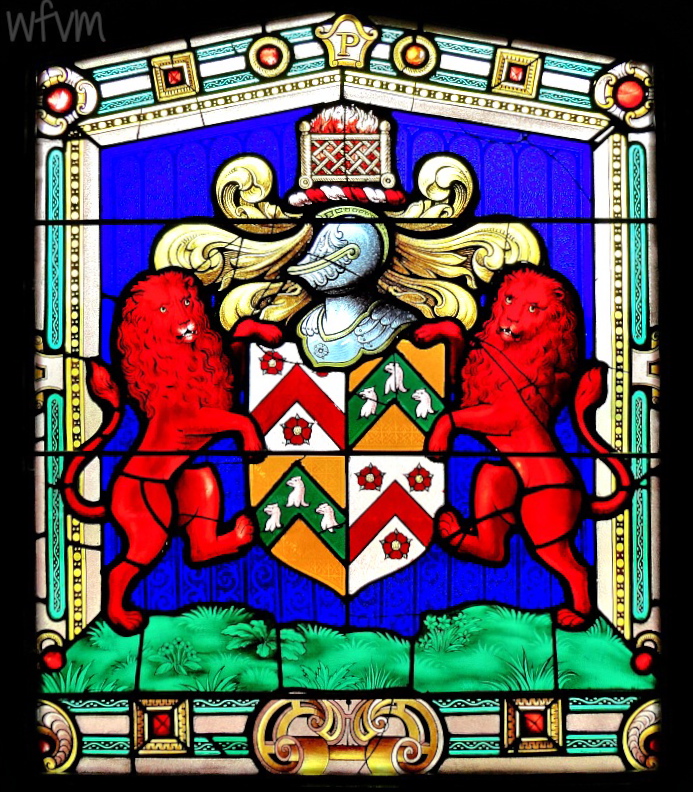 A richly coloured stained glass window in an anti chamber off the hall showing the Phelips coat of arms. 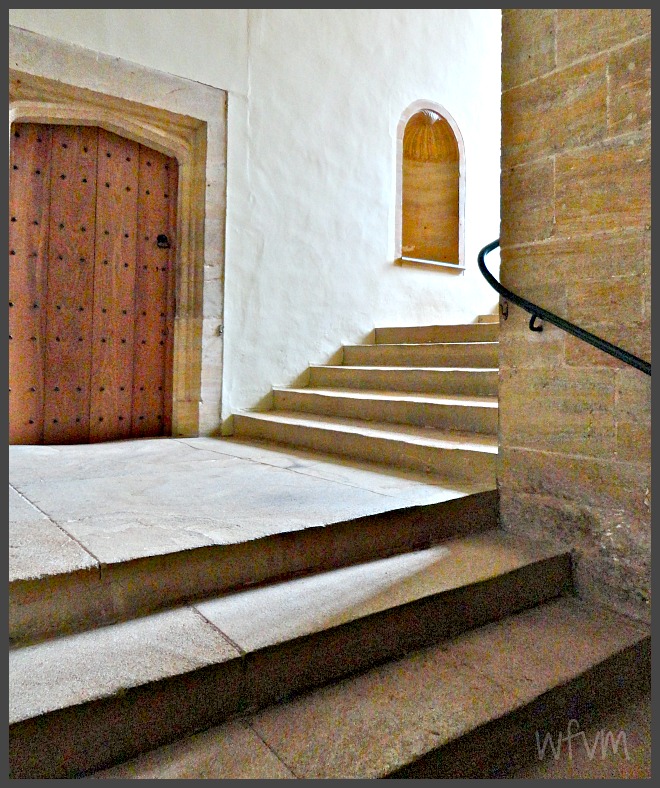 At either end of the house are two wonderful golden stone stairways leading up through the house, both of which culminate at the top of the house in the Long Gallery. It is said that during wet weather the Phelips children would lead their ponies up these stairs to ride in the long gallery. 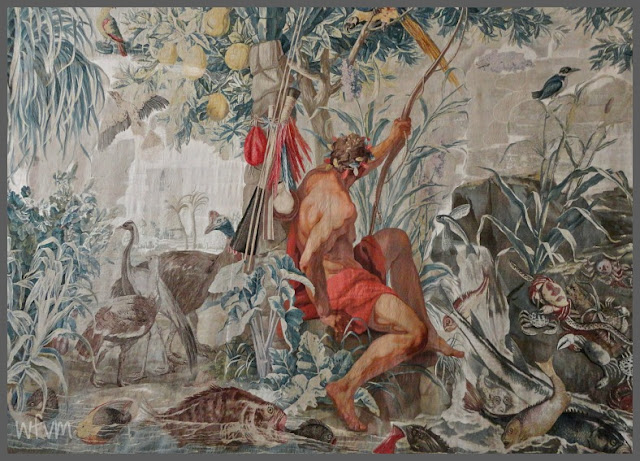 The Hunter - dated 1788 is one of a series of tapestries based on an earlier set woven for Louis XlV at the Gobelins factory in Paris. 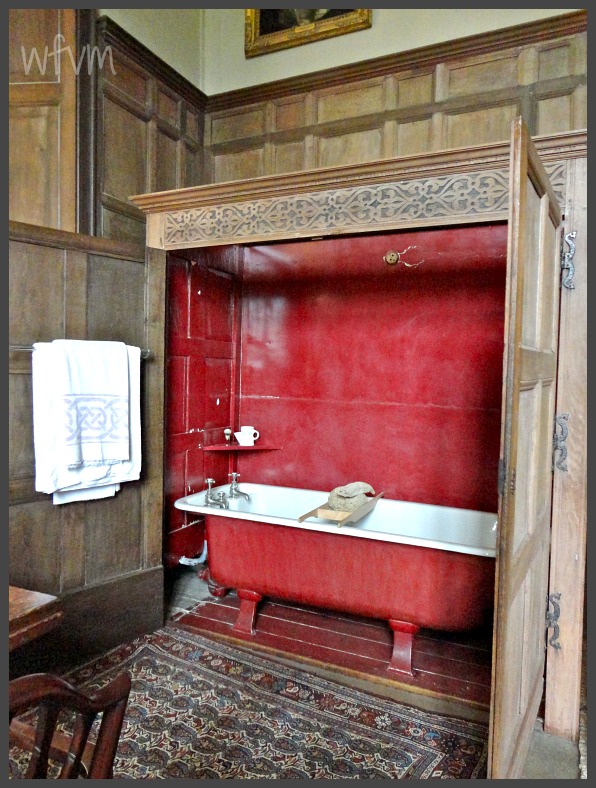 Lord Curzon, 1st Marquess Curzon of Kedleston Hall, Derby, rented Montacute in 1915 and had this secret bath installed in a wardrobe in his bedroom. 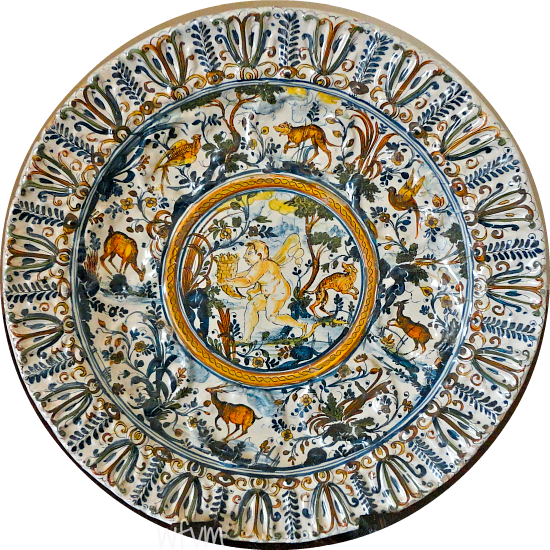 Italian Majolica dish made c 1600 depicting Bacchus in a landscape with animals and flowers - Dear Gina - took this one is for you. 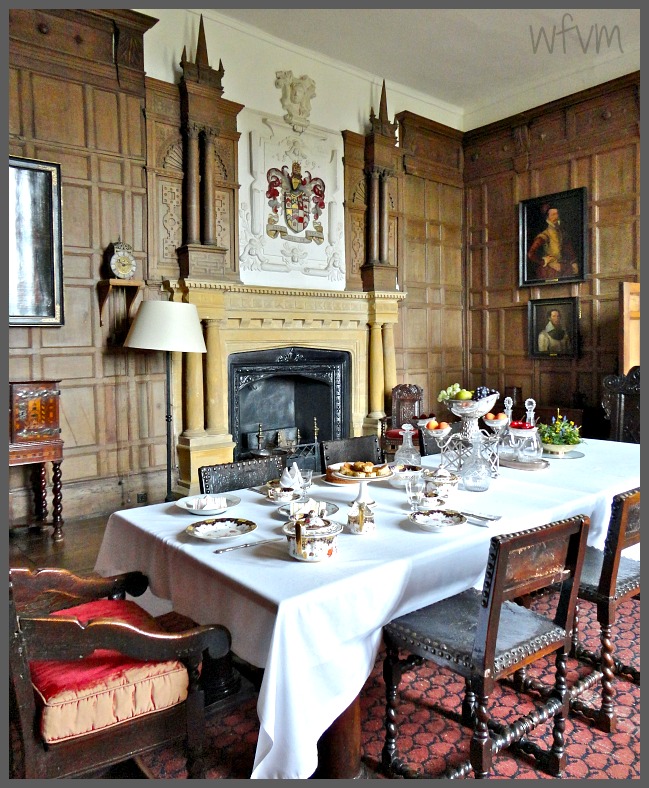 In 1823 the estate was inherited by William Phelips but eventually he became insane; an addicted gambler, and apparently incarcerated for his own good. Sadly for the family this was after he had gambled away the family fortune. In 1875 his son took control of the estate but this huge house was a drain on limited resources. Selling the family silver and art works delayed the inevitable by several years, but by 1911 the family were forced to let the house and moved out. The Phelips never returned.
Sadly there are no photographs allowed in the Long Gallery which is the longest in England. However, the Long Gallery alone is worth a visit. It is full of wonderful royal portraits from the national collection held by the National Portrait Gallery, London and on show here in partnership with the National Trust. There are more than 50 Tudor and Jacobean portraits including Henry Vlll and Elizabeth l and a fascinating series of paintings of monarchs from the late medieval period showing Richard ll, Richard lll, Henry l, Henry ll, Stephen, Edward l etc. and various courtiers. 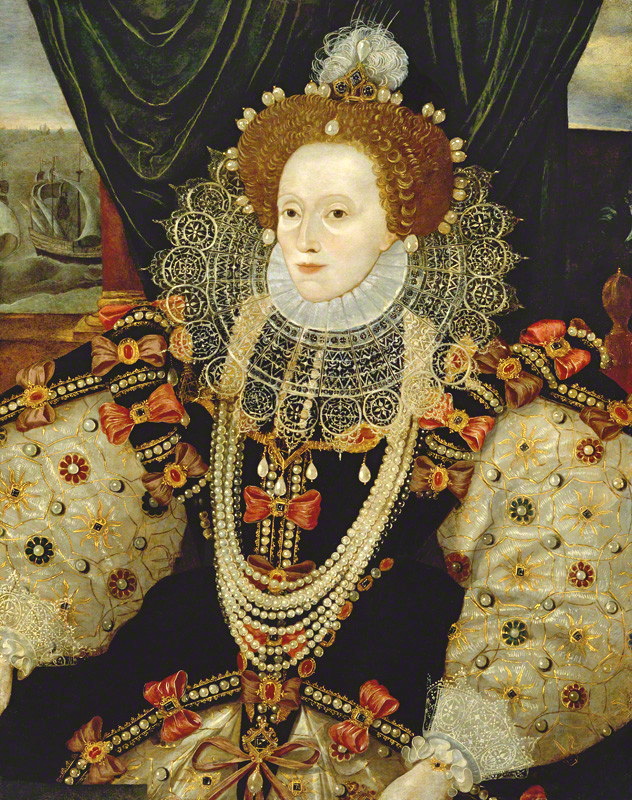 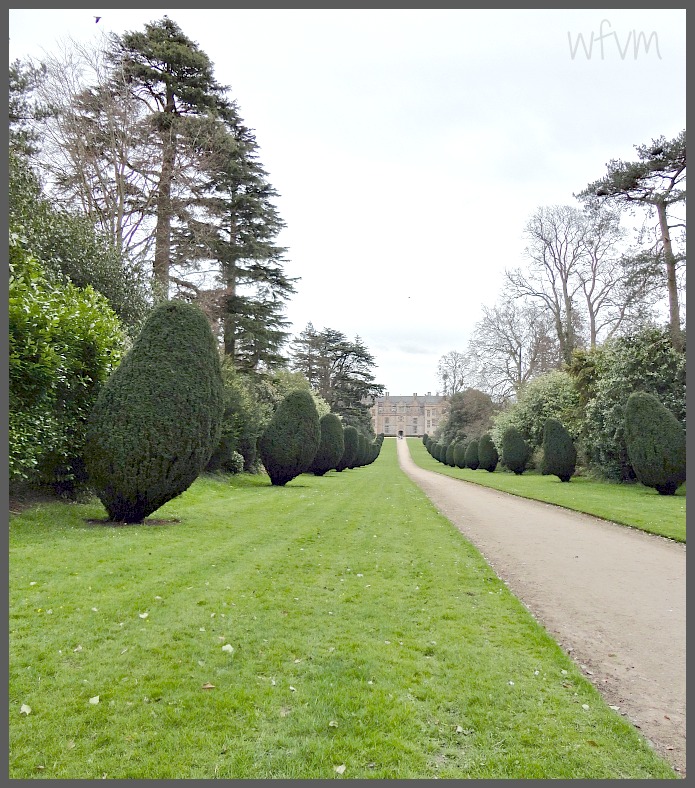 Turning off the highway, then through the iron entrance gates, in your horse and carriage...... 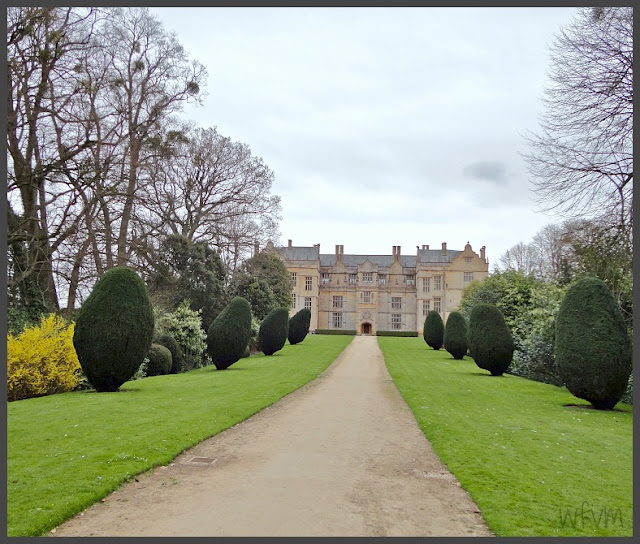 ......the house awaits you for your country weekend spent with the Phelips....... 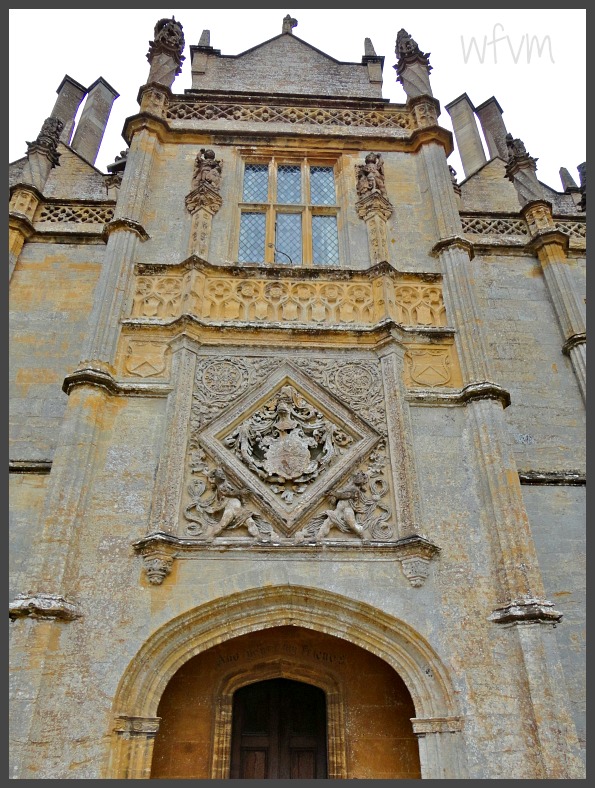