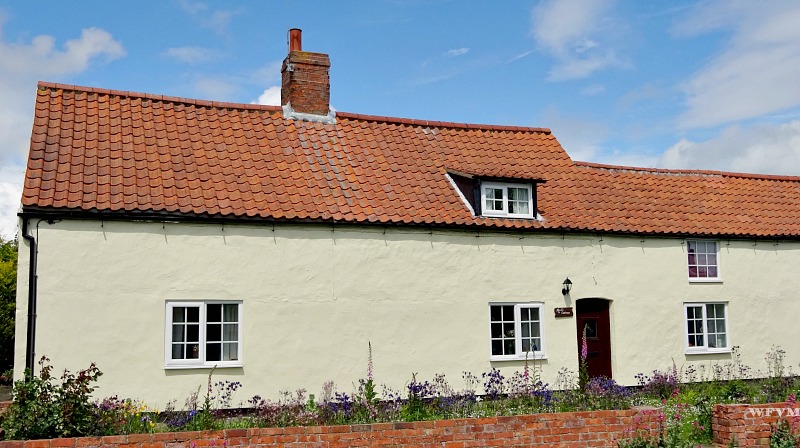 Big skies, wide rolling landscapes crisscrossed by ancient watery dykes, willow tree fringed; views as far as the eye can see; these for me define the Lincolnshire Wolds and Fens 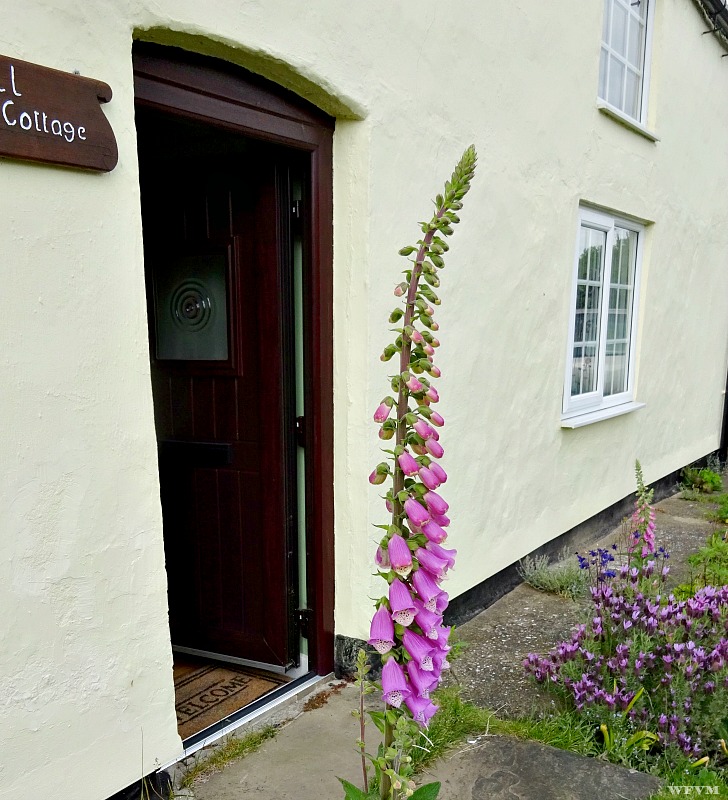 There is something very appealing about the vernacular architecture of 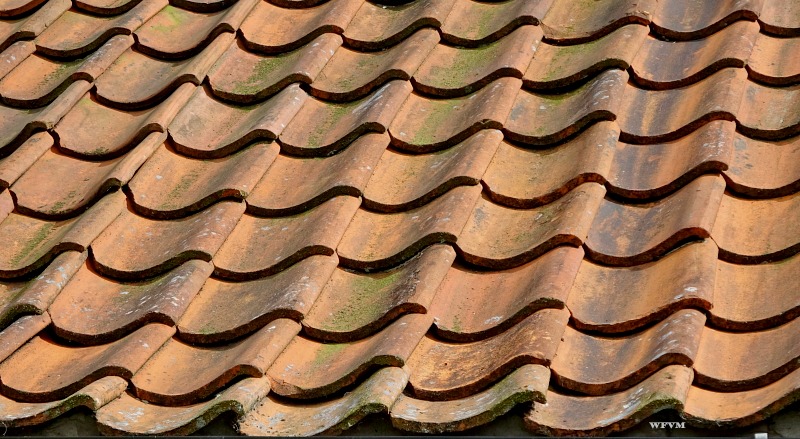 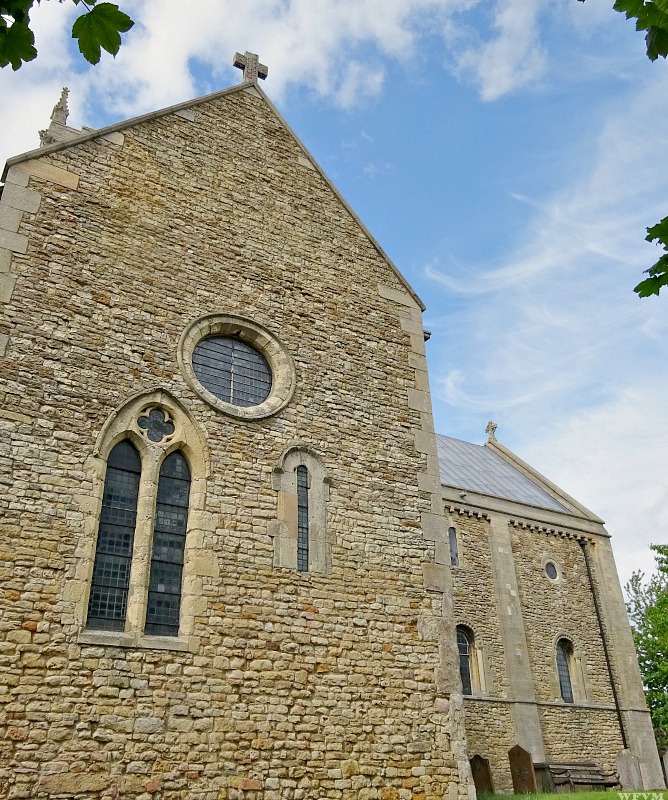 However, some of the oldest surviving buildings still in use in Lincolnshire are churches, many of which were built before the Norman Conquest in 1066. Fragments of these buildings still survive today, in some cases more than fragments, and one of those churches is St Mary's Stow-in-Lindsey. It is one of the oldest parish churches in England; founded in the C7 and considered to have originally served as the Cathedral Church to the ancient diocese of Lindsey, that is, until Lincoln Cathedral was constructed in the C11. 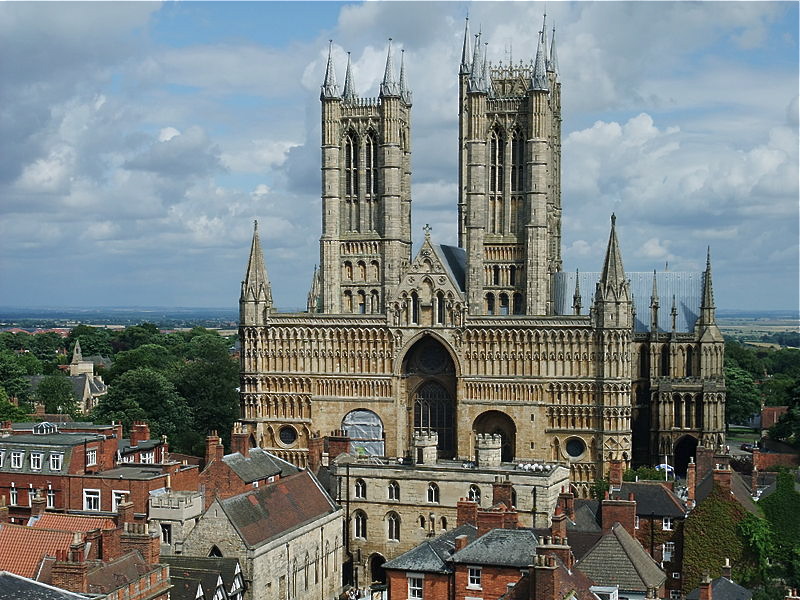 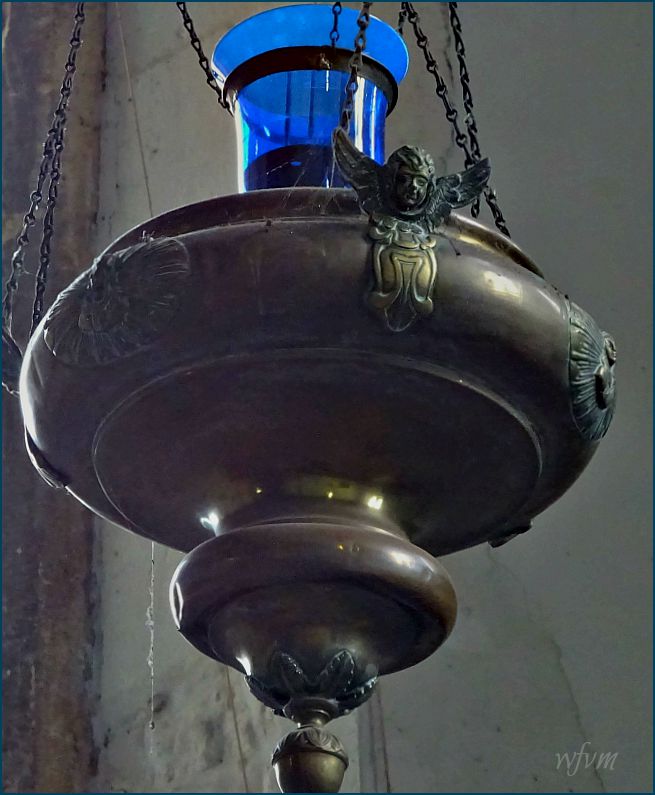 The Worlds Monuments Fund lists St. Mary's as being one of the 100 most endangered sites in the world. It is in desperate need of weatherproofing and then for the internal decoration work to be addressed. The good news is that this major work and restoration is now underway. 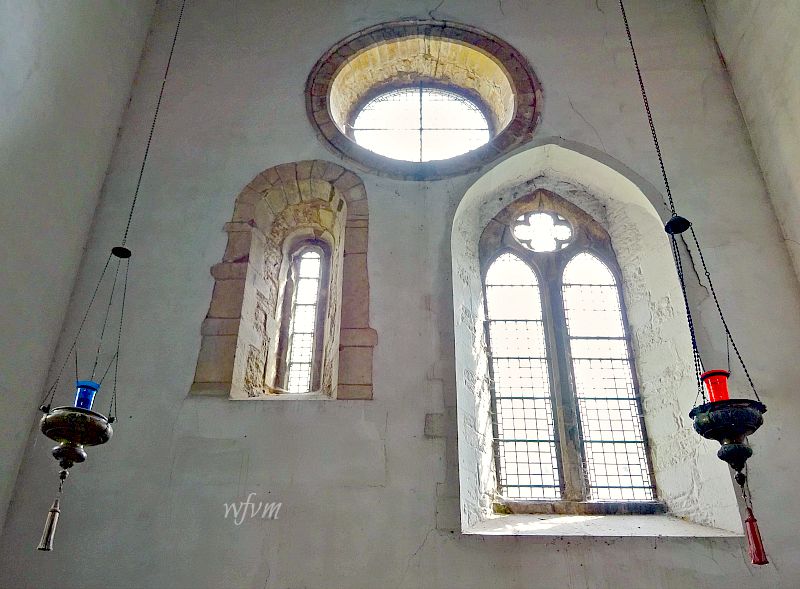 A pleasing example of window history summarising the story that is St. Mary's.
The slit window is Saxon, the round window late Norman, whilst the Decorated Gothic window dates from the C13 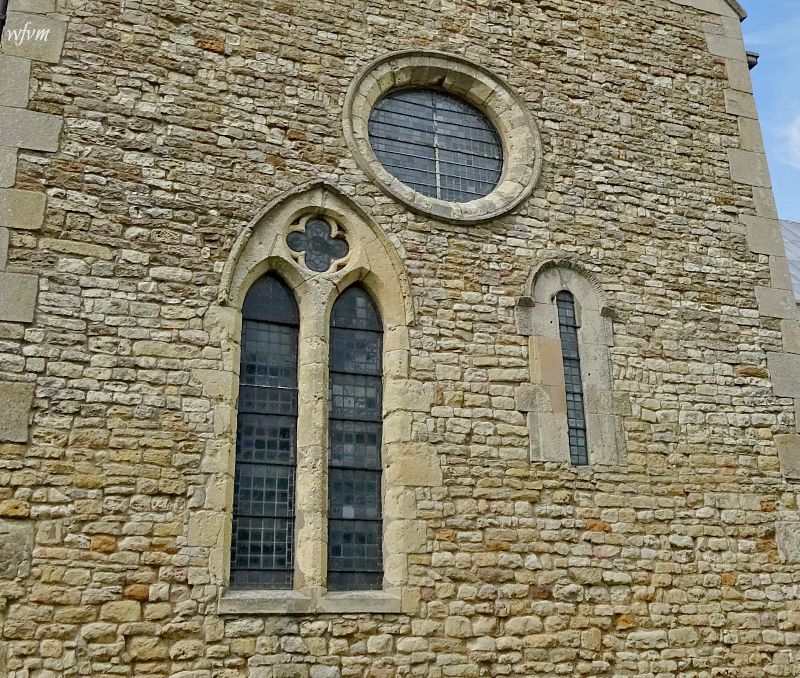 Viewed from the outside the Saxon window has a simple 'palmette' decoration to the hood; there are Saxon long and short stone quoins at the corners similar to those seen at Odda's Chapel, Deerhurst. 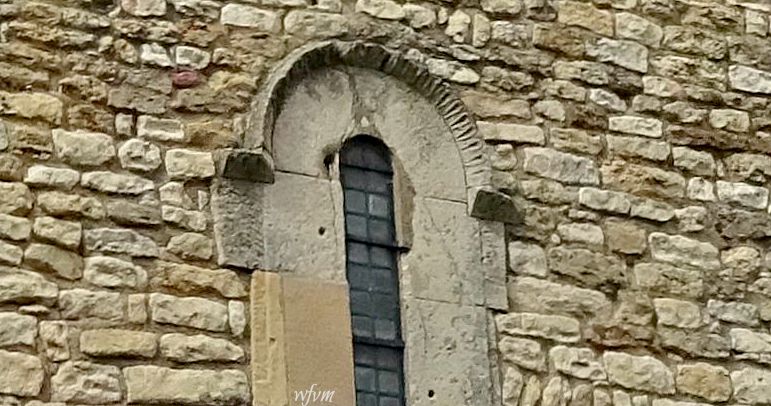 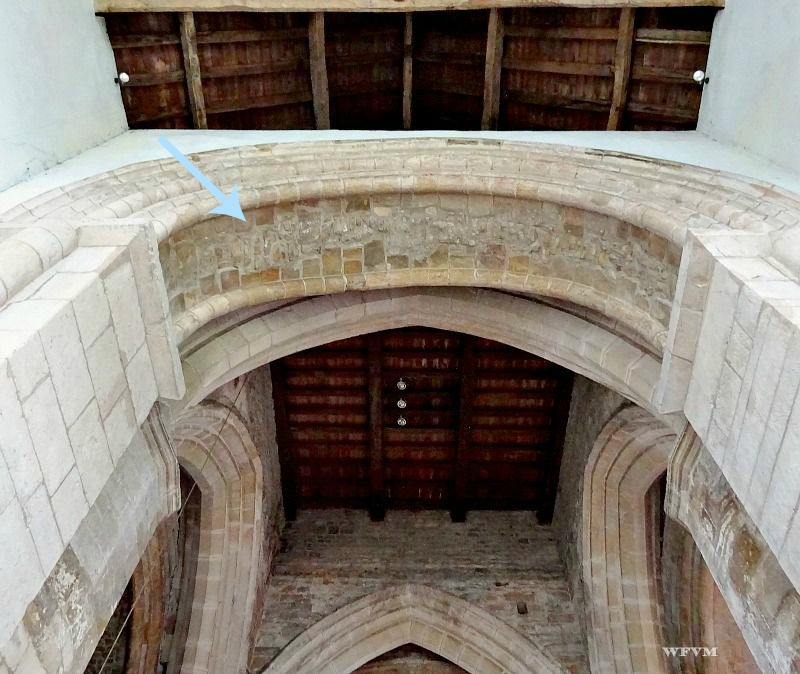 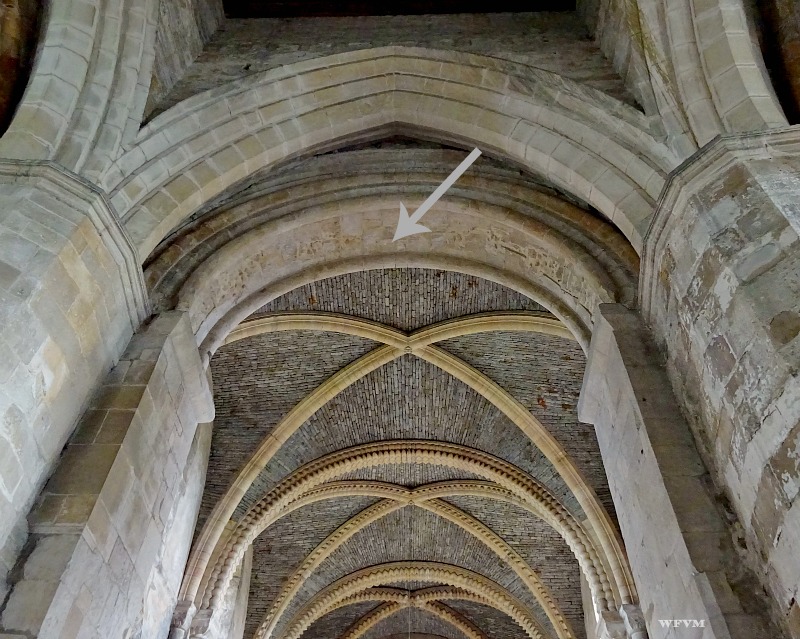 Once supporters of a Saxon tower now replaced by a C15 tower. The Saxon arches are sadly rather diminished and overpowered by the later Gothic arches erected to support the new tower
Quote by Simon Jenkins
"The Gothic arches have worked their way into the old structure like four sturdy youths sent to help their elders bear the burden" 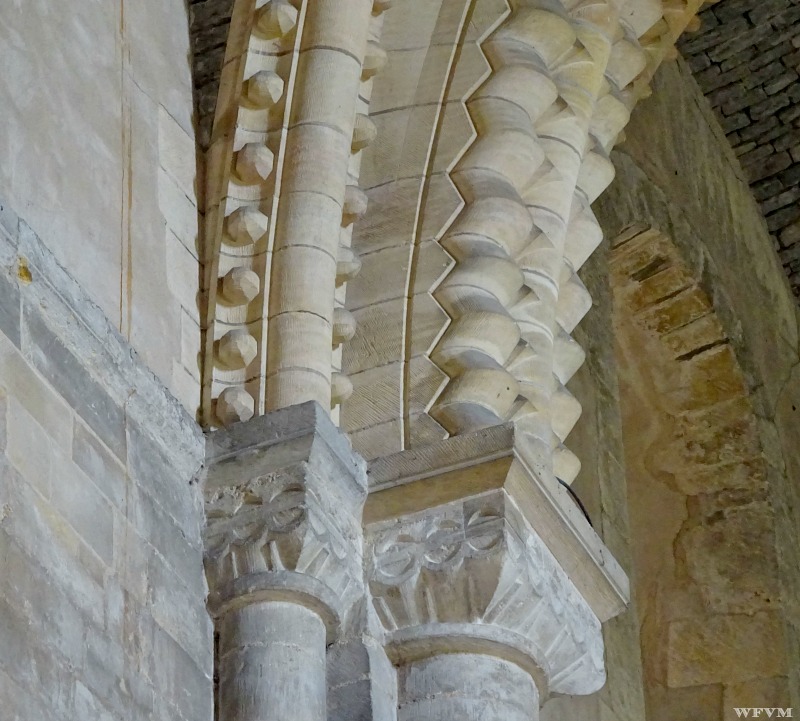 The Chancel is a magnificent piece of Norman architecture for a parish church. I find Norman round arches aesthetically pleasing with their crisply incised geometric and chevron patterns. 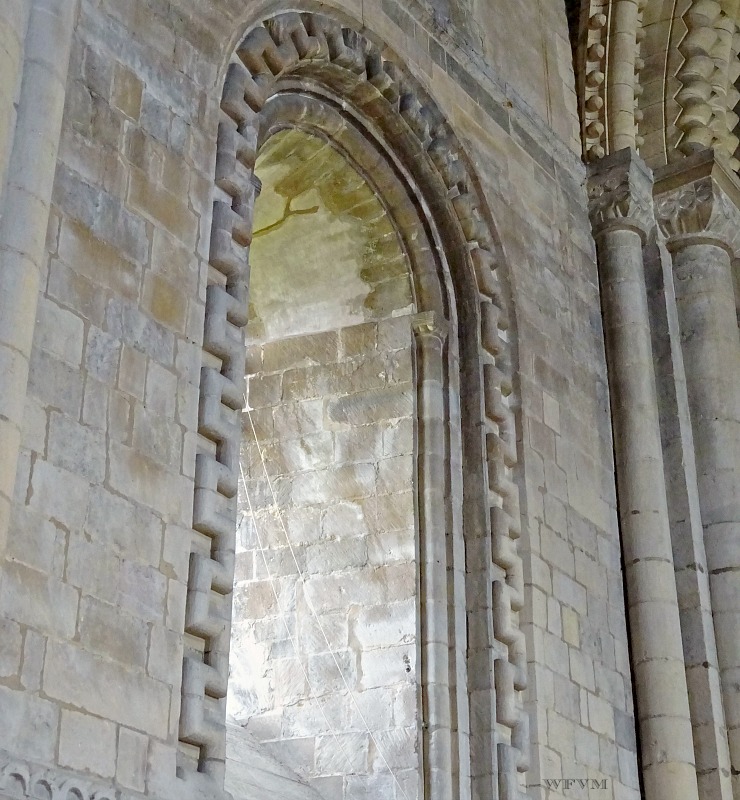 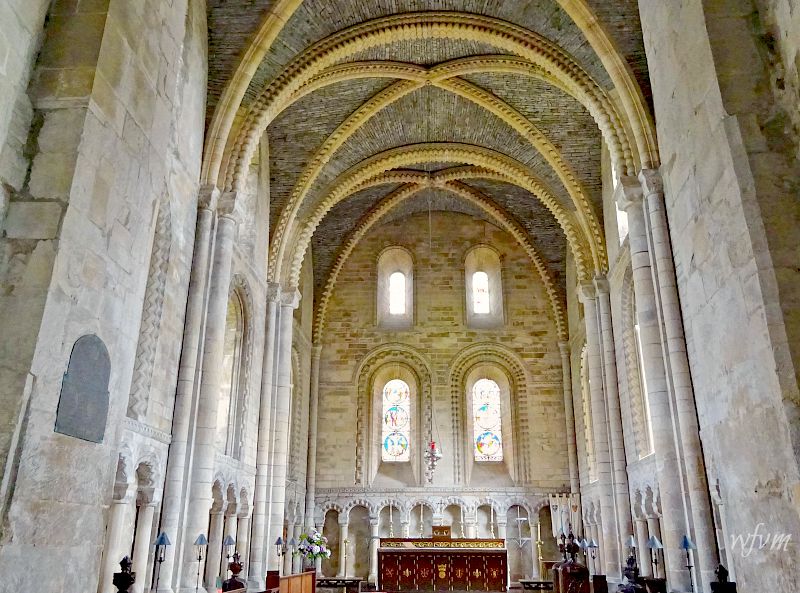 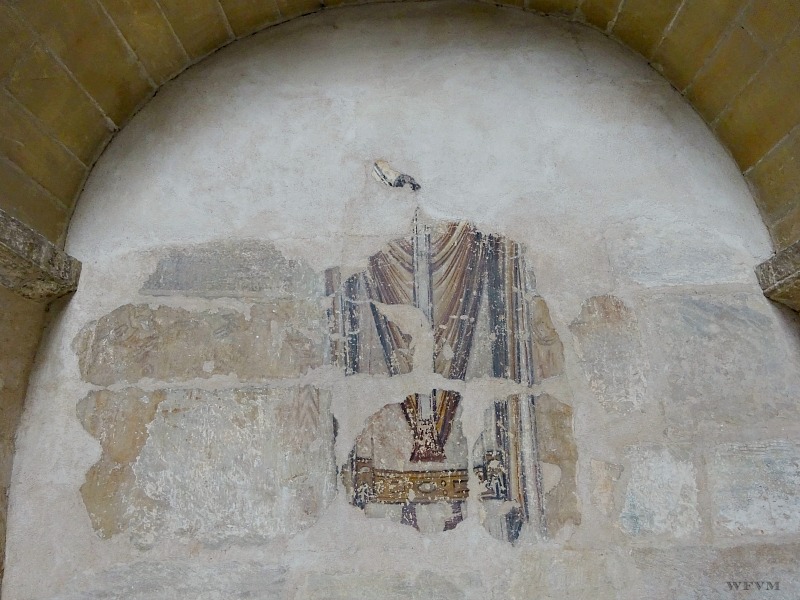 Fragments only of an early wall painting survive 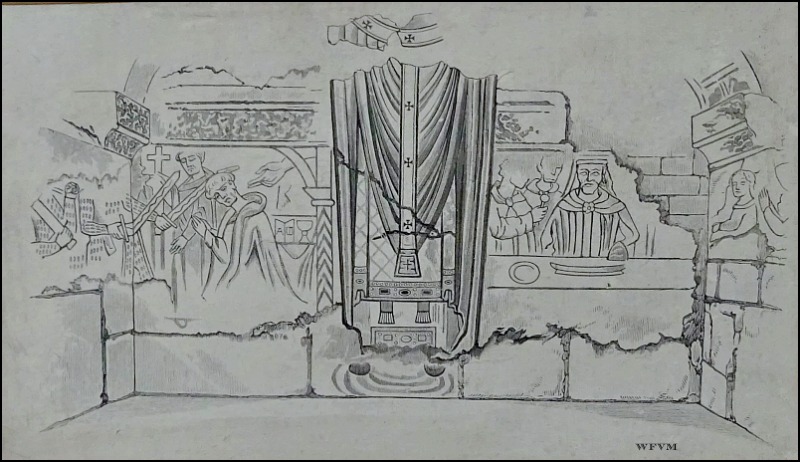 An illustration shows how it would have looked. On the right sits Archbishop Thomas à Becket at dinner in his chamber. A dish and plate on the table with two attendants. On the left can be seen part of the interior of Canterbury Cathedral - the chapel of St. Benedict. A chalice and book with Greek letters A and Ω; alpha and omega - first and last. The Archbishop is shown dressed in cloak and hood with his hands extended in prayer. Two threatening swords can be seen: one held by Reginald FitzUrse and the other by Richard le Breton, the two knights who delivered the first blows to Becket. The wallpainting is showing the murder of Thomas à Becket and is a rare survivor 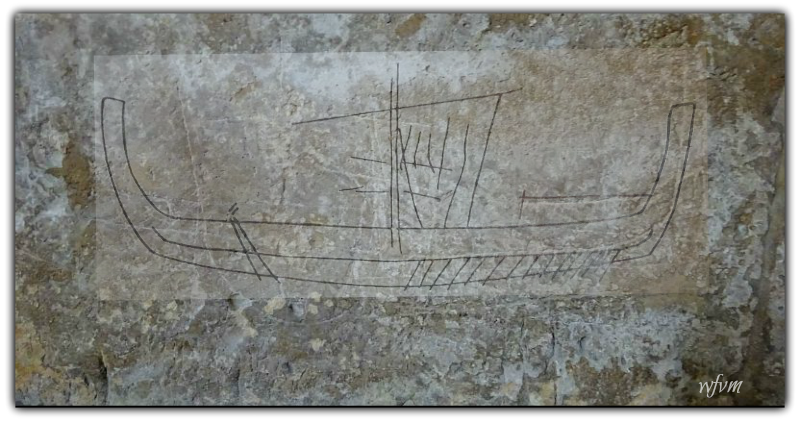 C10 graffiti can be seen at the base of the Chancel wall - it is the earliest known representation of a Viking ship in England - thought to be the work of a Scandinavian trader. The Vikings were a powerful force locally during that period. The shallow graffiti in the stone did not show up well so I have imposed a drawing on top of it. 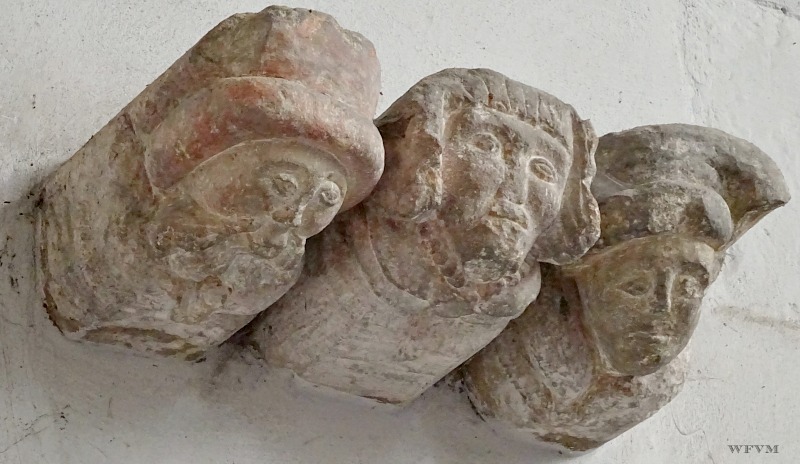 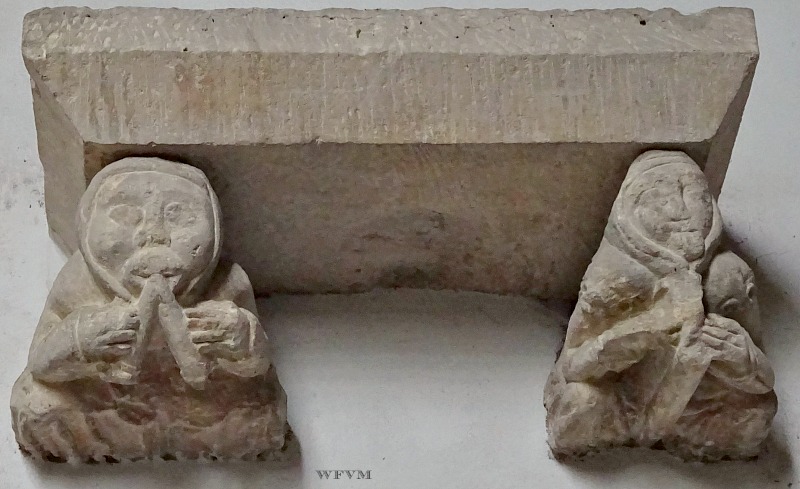 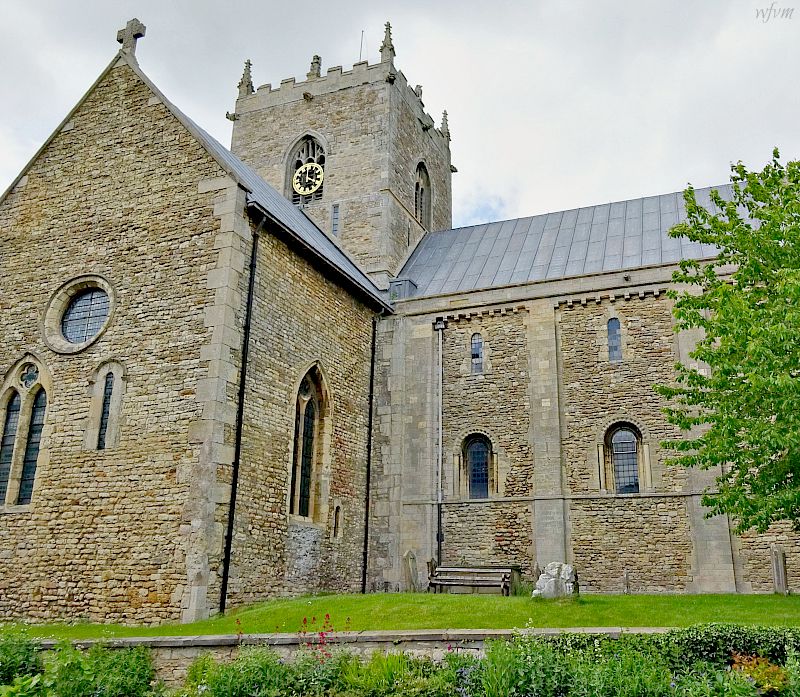 From the exterior the lofty stone walls and steep pitched roof, once thatched, reveal the saxon building. I have seen an illustration showing that the Saxon tower would have been shorter, topped with a pyramidal style roof, also thatched. There was so much that I could not photograph in this church - the early Gothic octagon font showing pagan images on its eight faces amongst them a Green Man, a Pentagram, and an imagined grotesque fish, the Norman carved surround to the entrance door, and in fact a view of the whole outside of the church. The side to the left of this photo, the nave, was completely hidden by scaffolding and covered in wraps both inside and out whilst the major restoration work is carried out. 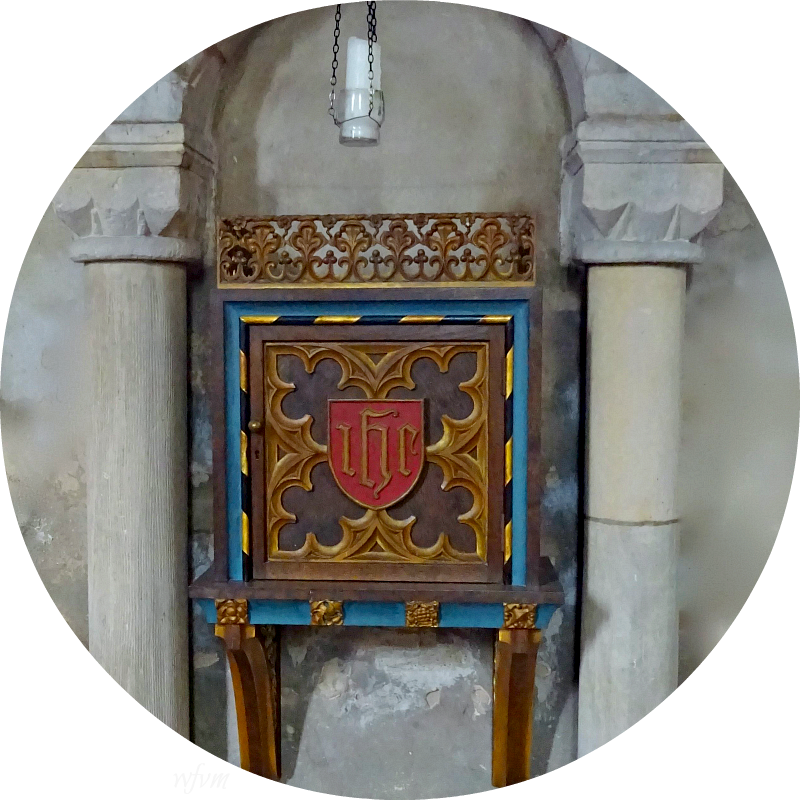