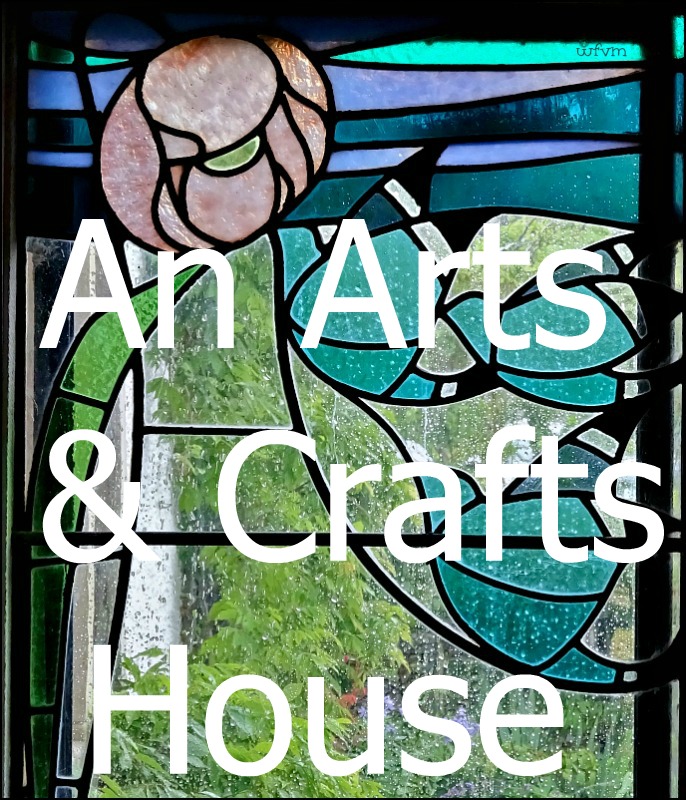 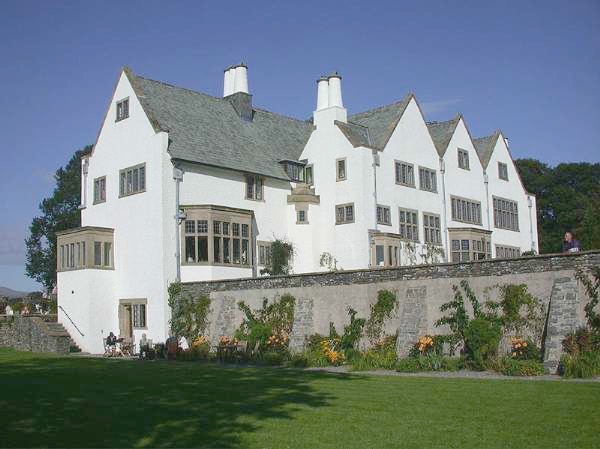 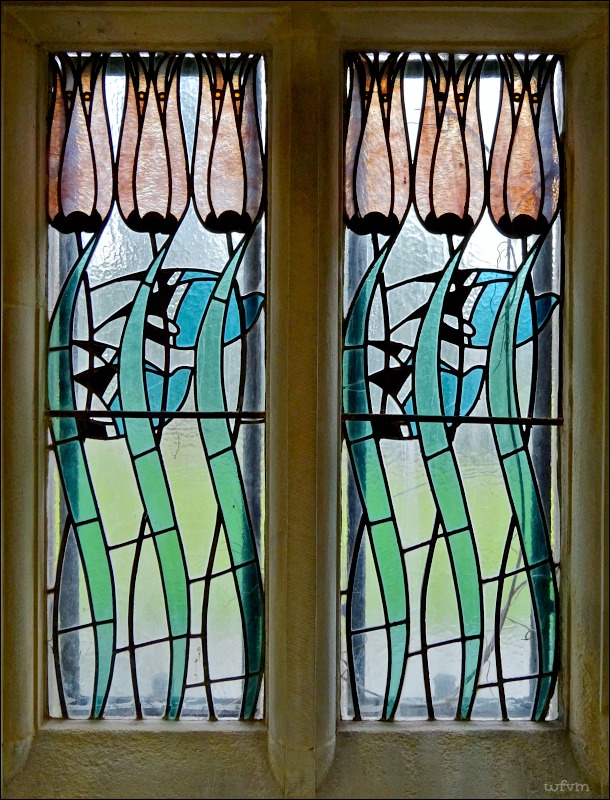 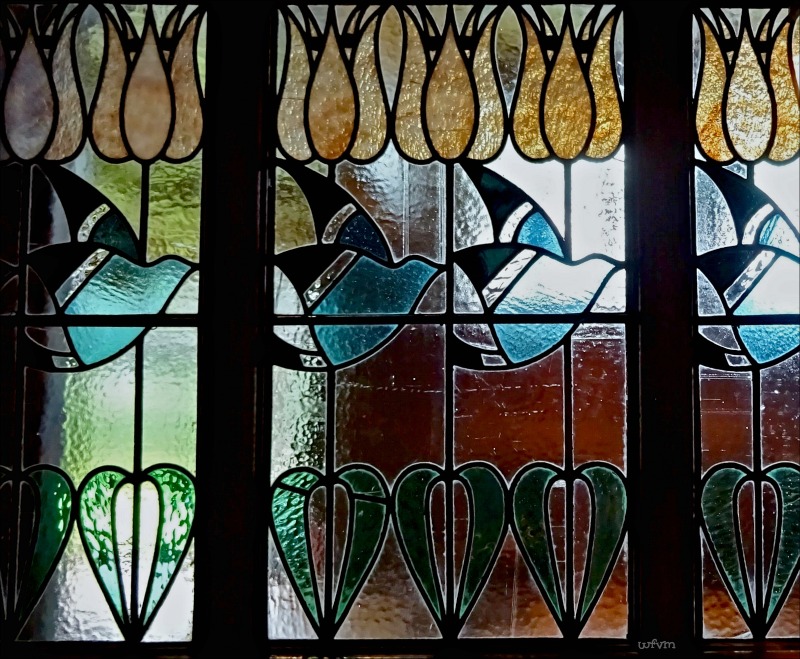 Blackwell is a stunning Arts & Crafts House built for a northern industrial baron, Sir Edward Holt, the owner of a prosperous brewery in Manchester.
Overlooking Lake Windermere it was designed as a holiday home for the Holt family by architect Mackay Hugh Baillie Scott, and is considered a masterpiece of early twentieth century design. Happily Blackwell still retains an outstanding amount of surviving decorative arts and crafts details through lack of modernisation. After the Holts lost their son in the First World War they used Blackwell less and less. They had a skeleton staff of servants keeping an eye on the property, but rarely visited.  During the Second World War pupils from a school in Liverpool were evacuated there, and after the war the school continued until finally closing in 1976. Blackwell was leased to English Nature, the government agency who promoted the conservation of wildlife and geology. They boarded up the fireplaces and covered much of the decoration with filing cabinets thus ensuring that the Arts and Crafts elements were preserved. 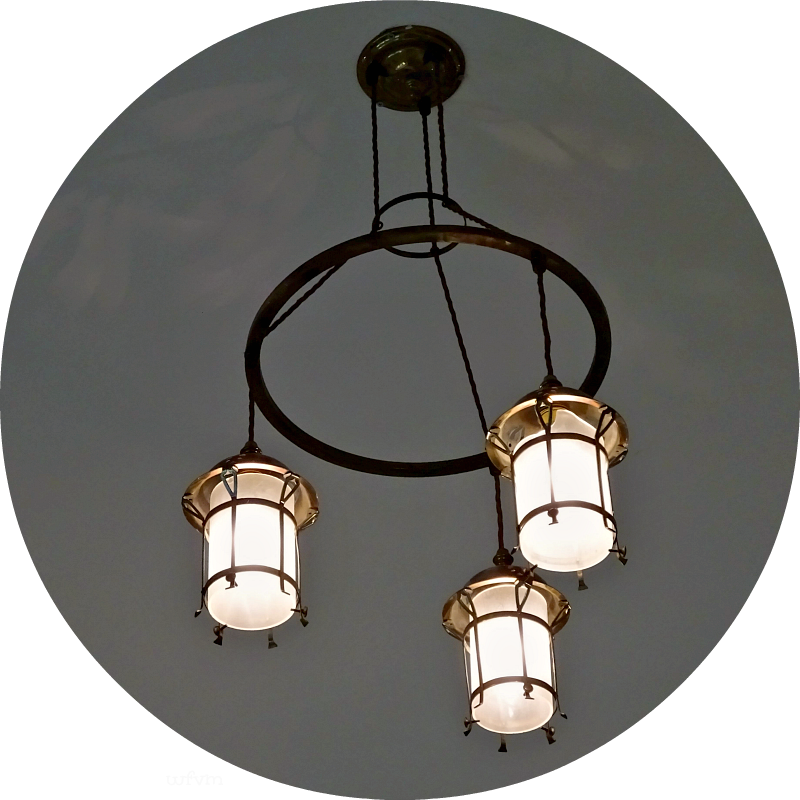 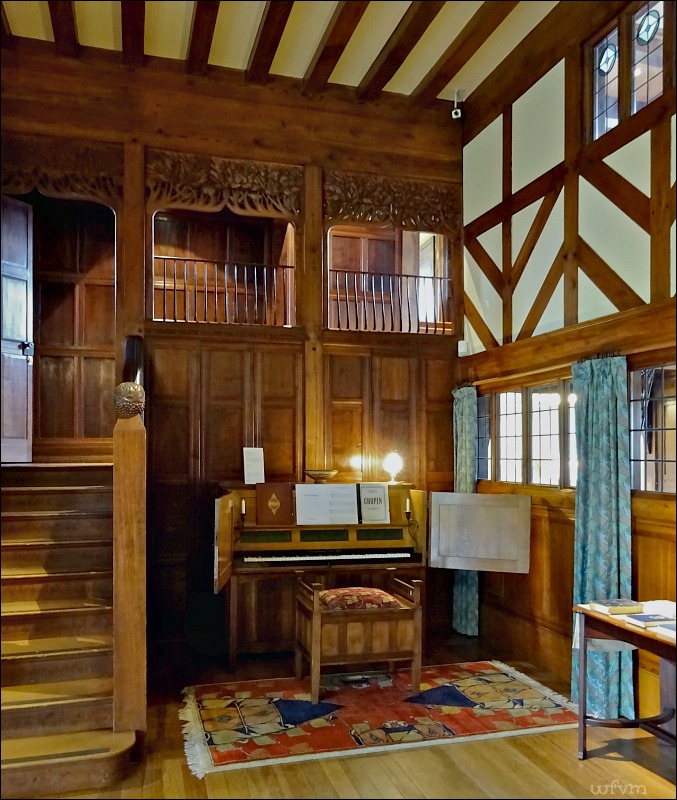 Lakeland Arts Trust now manages Blackwell - they encourage you to stroll around the house at your leisure, relax in the cosy inglenook fireplaces whilst reading their good selection of Arts and Crafts books, or sit on the window seats in each room and enjoy the magnificent Lakeland views 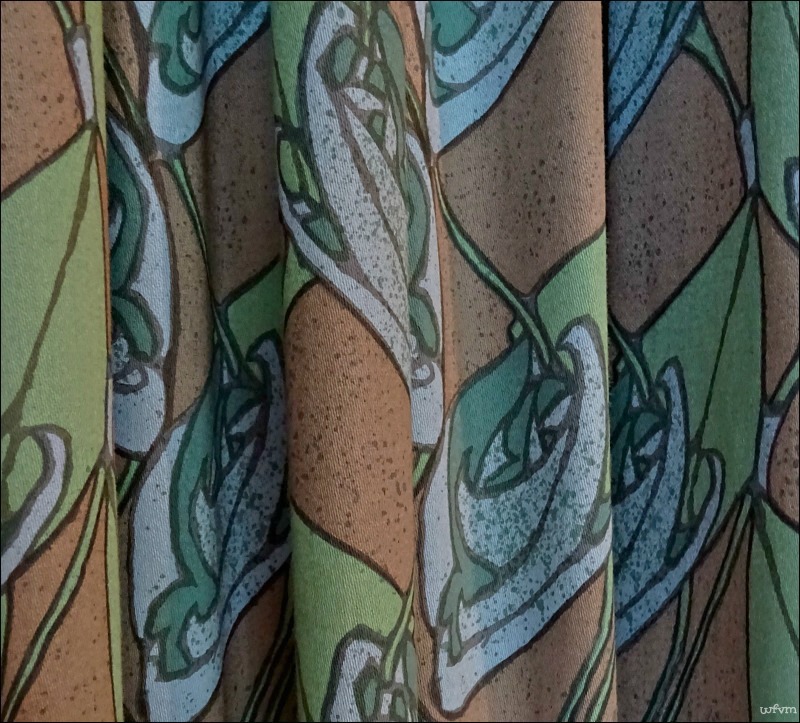 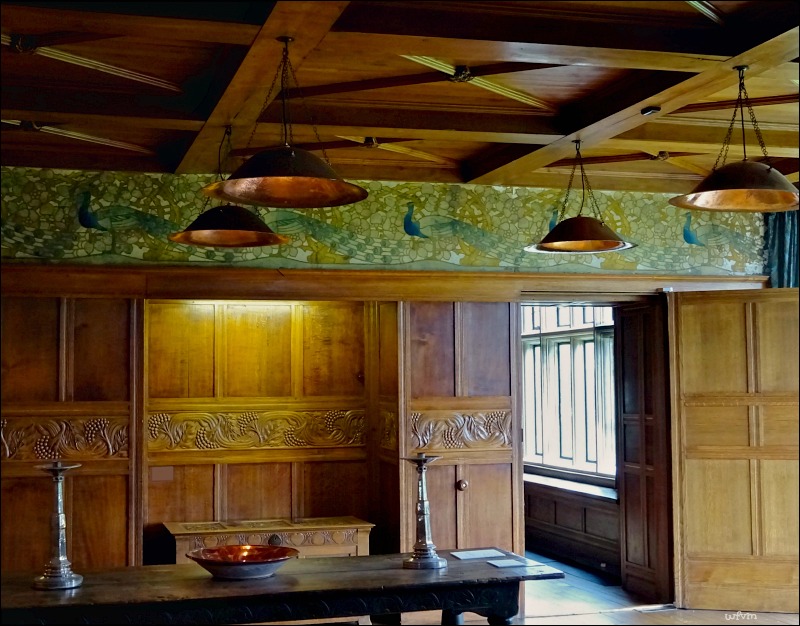 Peacock wallpaper frieze by Shand Kydd was installed in 1906 - I suspect that the copper lamps were made by W.A.S Benson 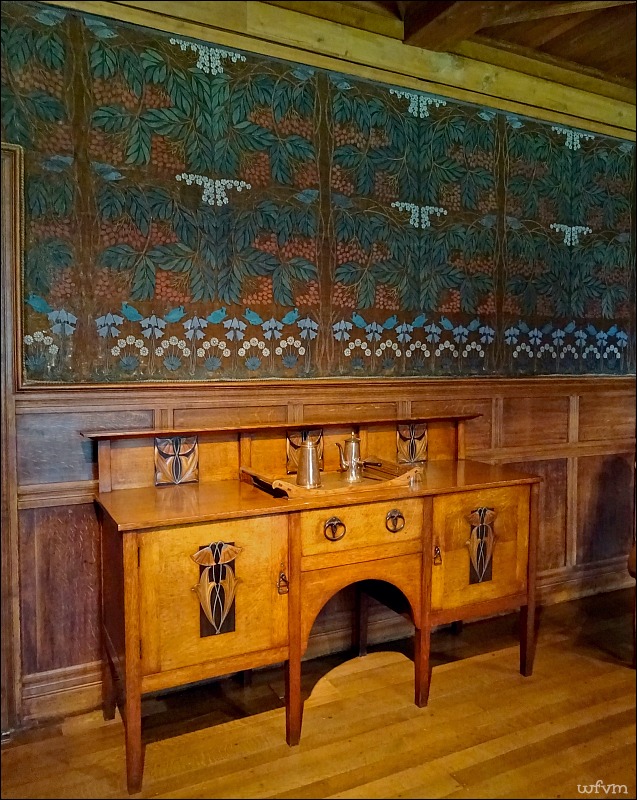 Sideboard and Hessian wallhanging both designed by Baillie Scott - the background has faded, originally it was dark blue not brown 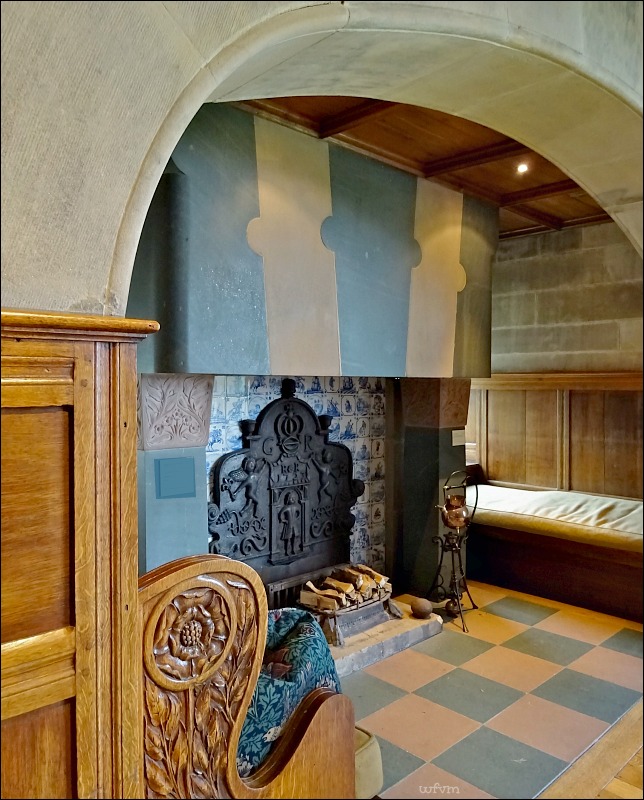 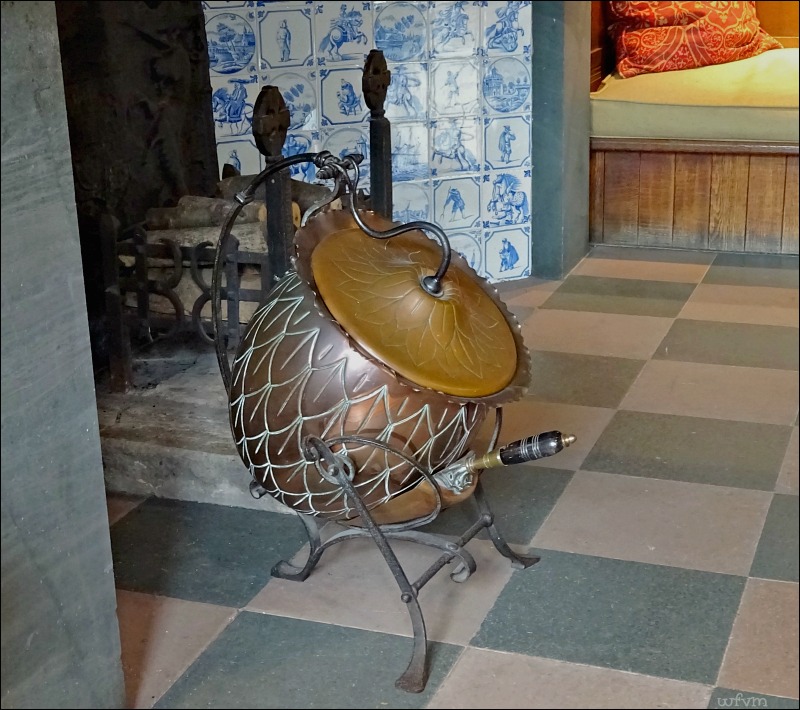 Baillie Scott saw the fire on dark winter days as a substitute for the sun - its cheerfulness akin to the delight sunlight brings. 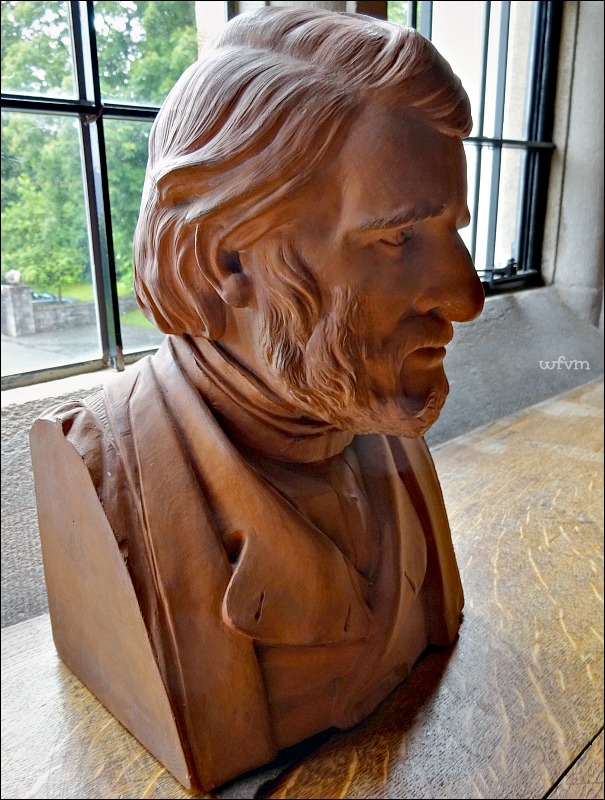 A terracotta bust of Ruskin, the leading Victorian English art critic, art patron, draughtsman, watercolourist and prominent social thinker and philanthropist. His home, Brantwood, lies nearby on the shores of Coniston Water which can also be visited 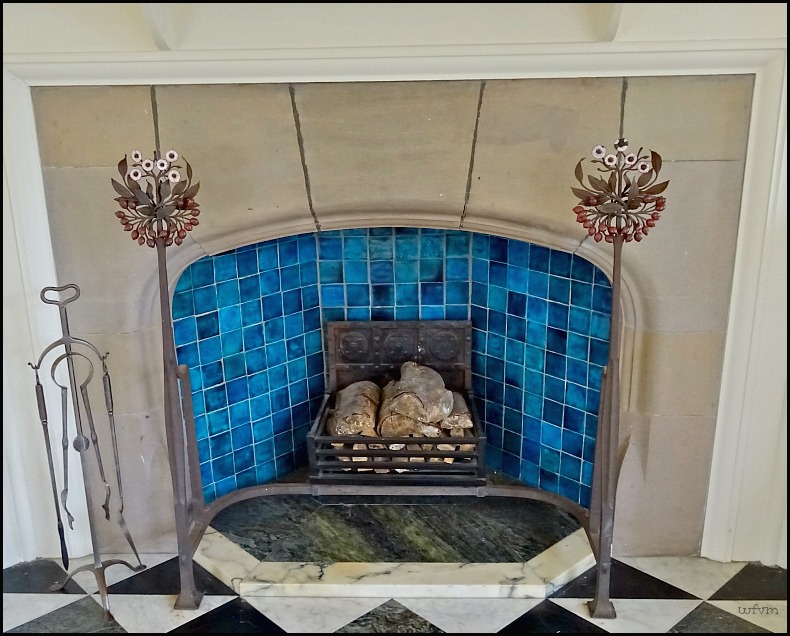 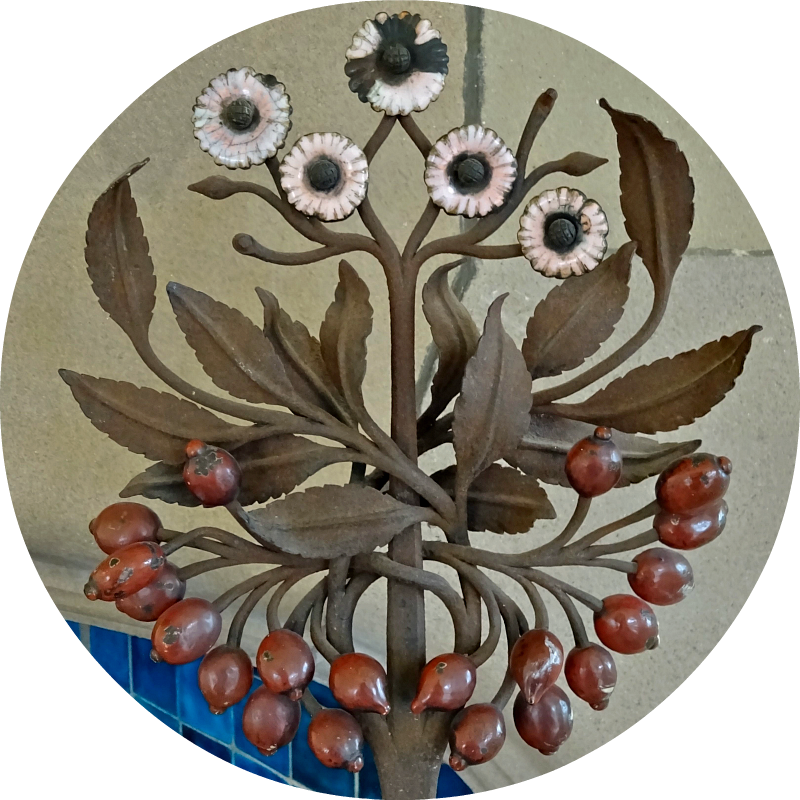 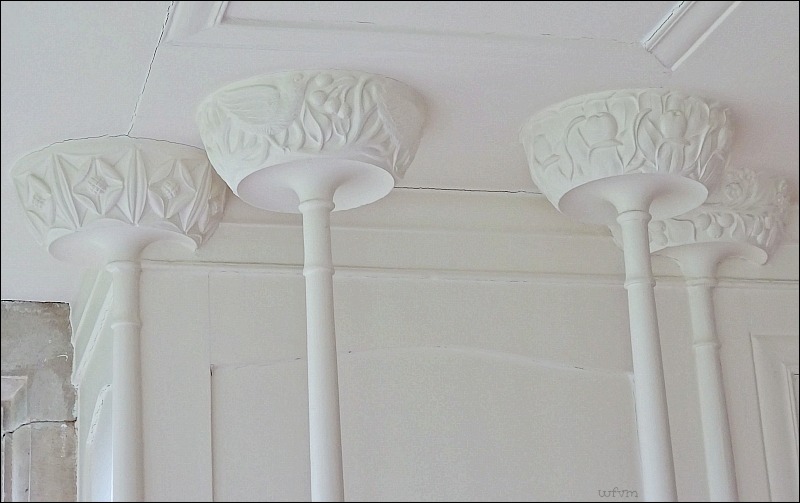 Emerging from the darker more masculine wood panelled rooms, the White Drawing Room has a much lighter more feminine touch. The moulded plaster work may contain some references to past Elizabethan interiors but the most powerful impression is one of modernity, and very different from the gloomy tones and clutter of a typical Victorian parlour 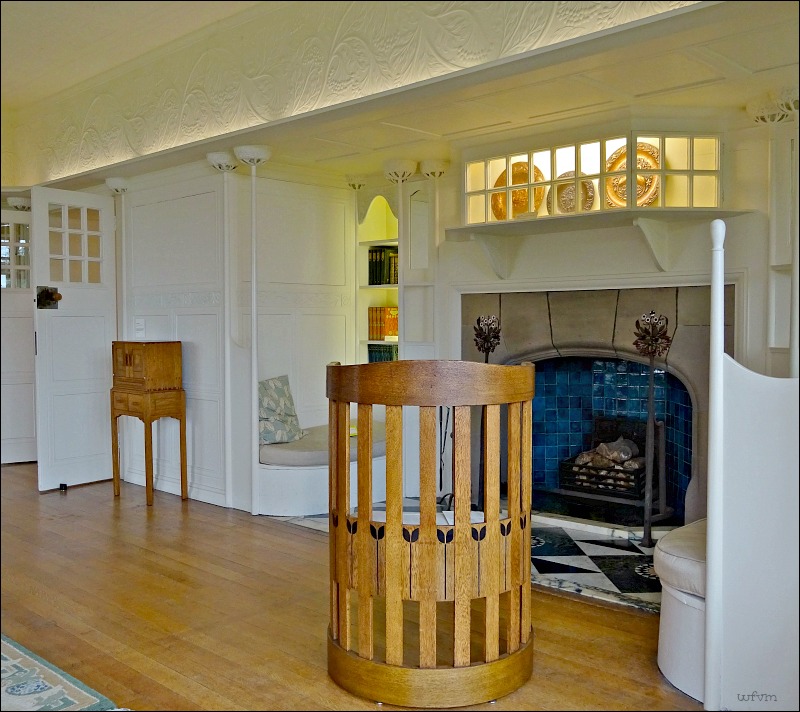 An oak barrel chair inlaid with ebony by Baillie Scott 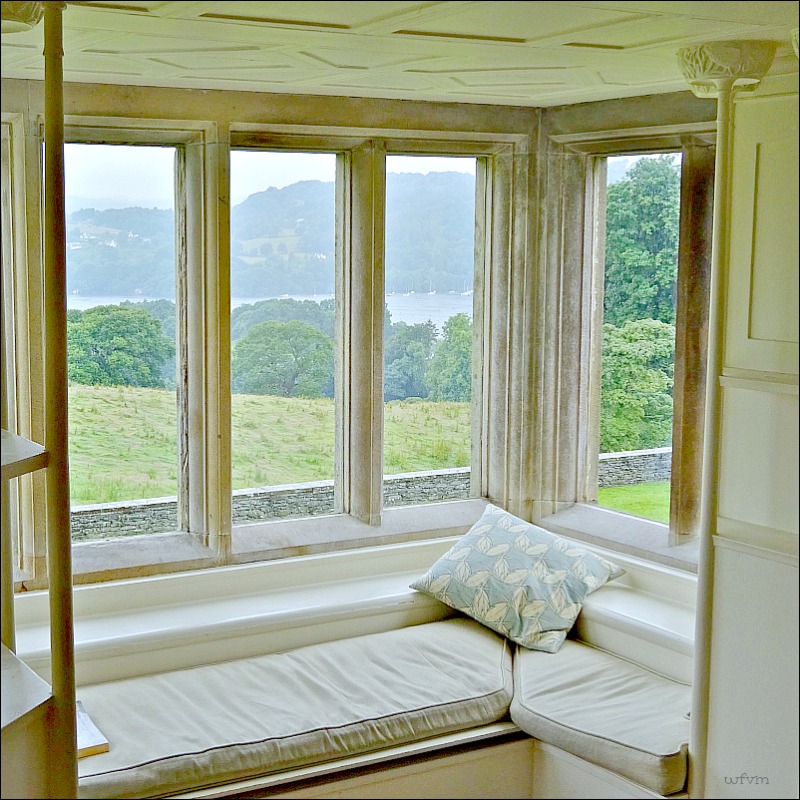 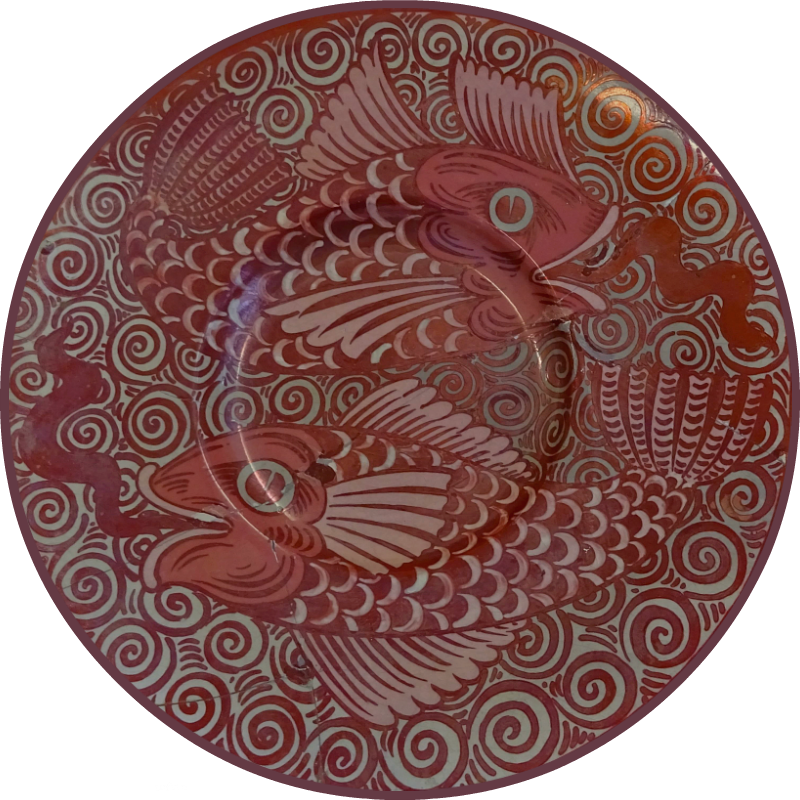 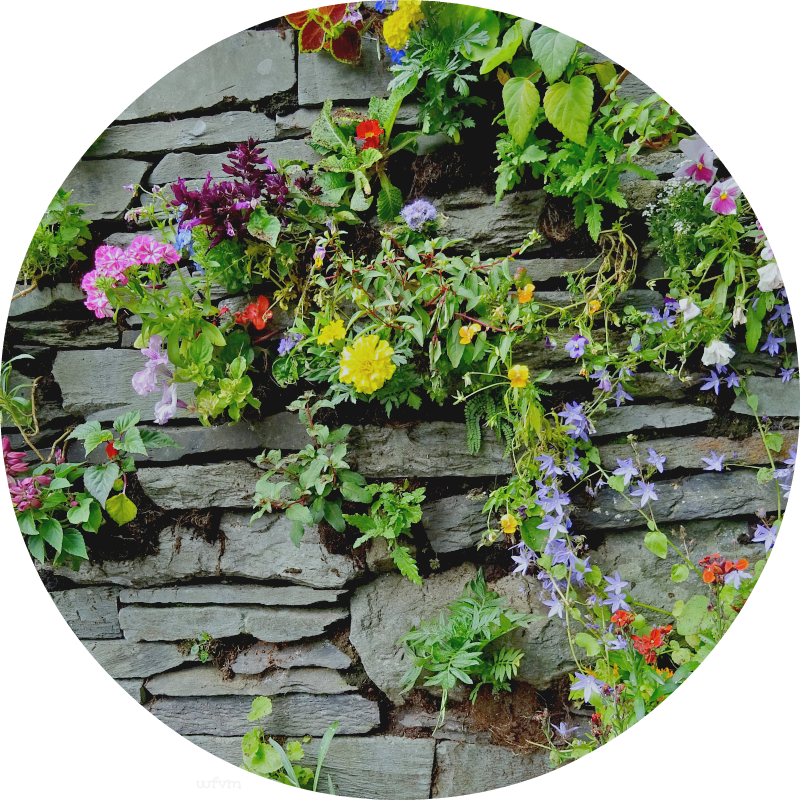