The jewel in the crown at Stourhead is the world famous landscape garden which can be seen here. However, at its heart is a wonderful Palladian mansion built by the Hoare family in 1721. It is one of the first of its kind to be built in this country, and followed the demolition of the original manor house.
It has a unique Regency library, Chippendale furniture, inspirational paintings, many of which were the result Sir Richard Colt Hoare's Grand Tour. 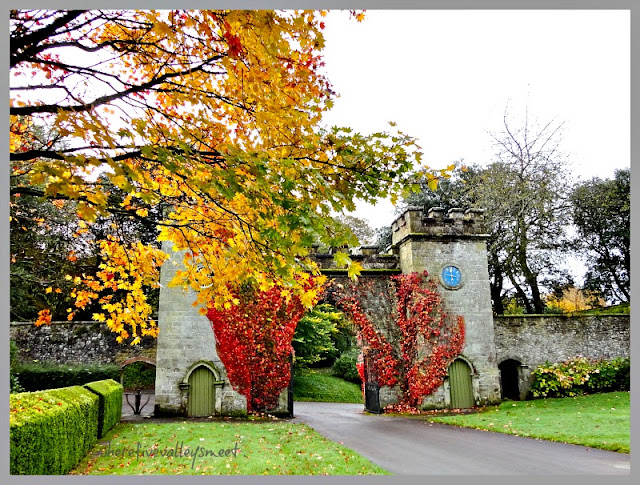 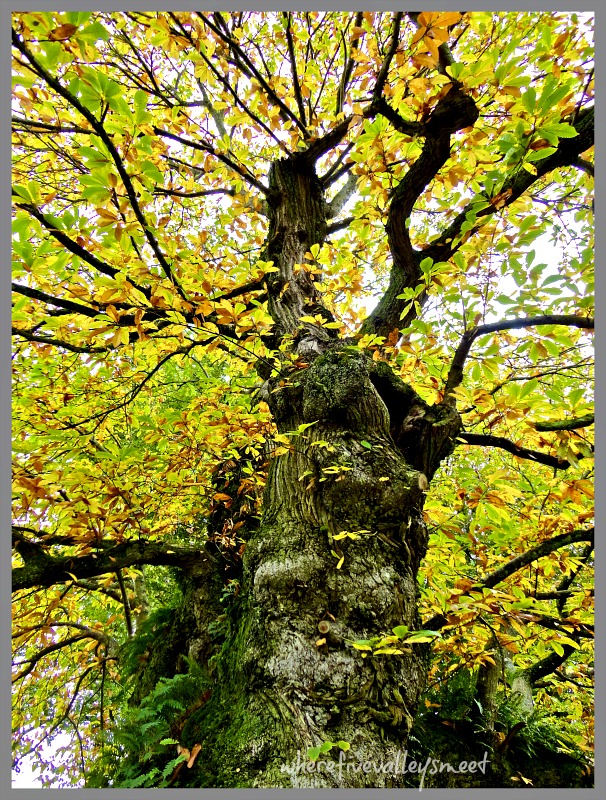 There are several of these gnarled old Sweet Chestnut trees lining the entrance drive. This one is believed to be nearly 700 years old. 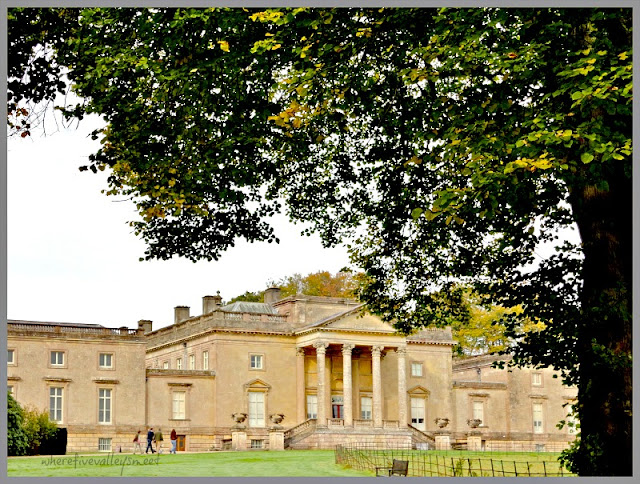 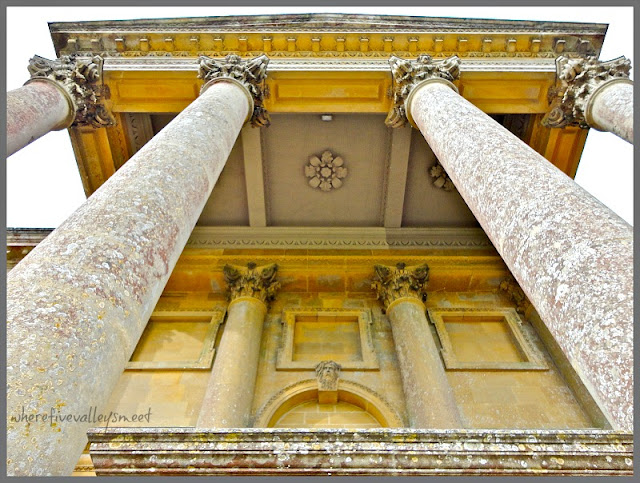 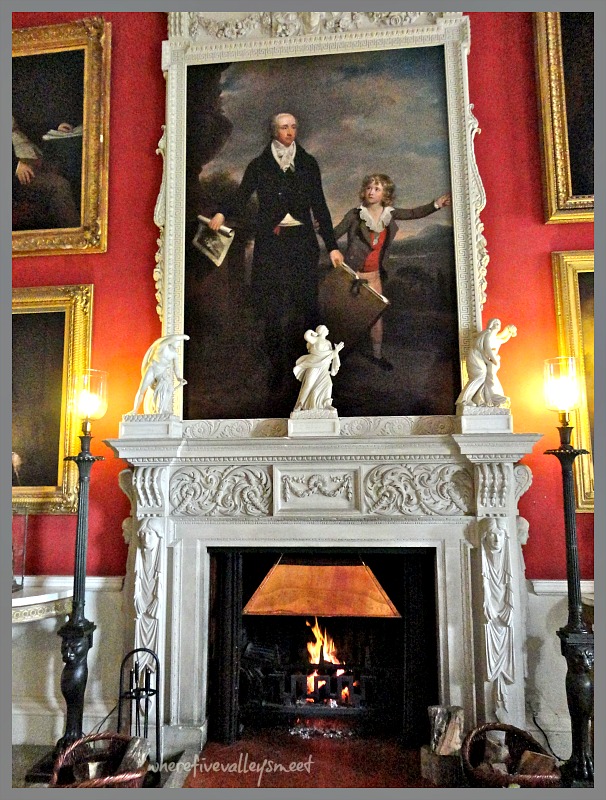 In the entrance hall a painting showing Sir Richard Colt Hoare who inherited Stourhead from his grandfather Henry the Magnificent (responsible for the landscape garden) on the understanding that he gave up all links to the family bank, due to worries over the country's financial situation at that time. This meant that the future of Stourhead was secure even if the bank collapsed - luckily it did not. He went on a Grand Tour following several deaths (which I will elaborate on) and when he eventually returned home he added two wings to the house, creating a Picture Gallery and Library to accommodate his acquistions. He is also known as one of the founders of modern archaeology and had his own museum in the basement of the house. 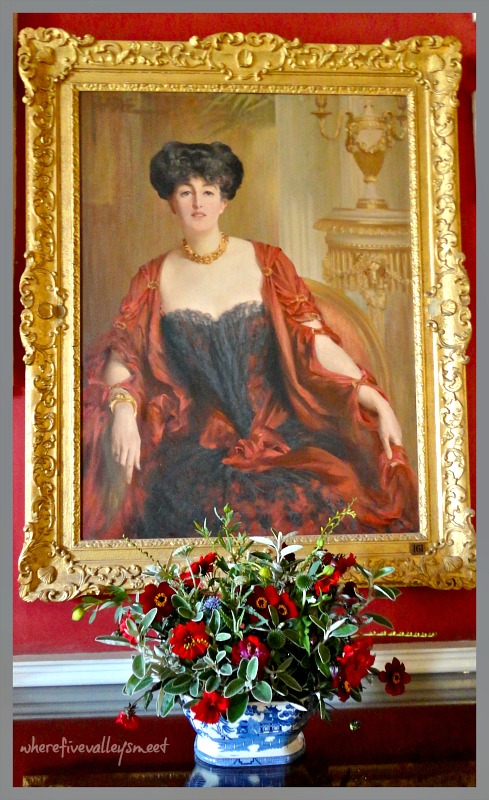 Alda, Lady Hoare
The last members of the Hoare family to live at Stourhead were Sir Henry and Alda, Lady Hoare who inherited from his cousin. Their only son, Harry, was a sickly boy, but still went to fight in the First World War. Tragically he was killed following a battle in Palestine. His parents were devastated. With the loss of their heir, plans were drawn up to give the estate to the National Trust. Henry and Alda were completely devoted to each other, and they both died on the same day in 1947. 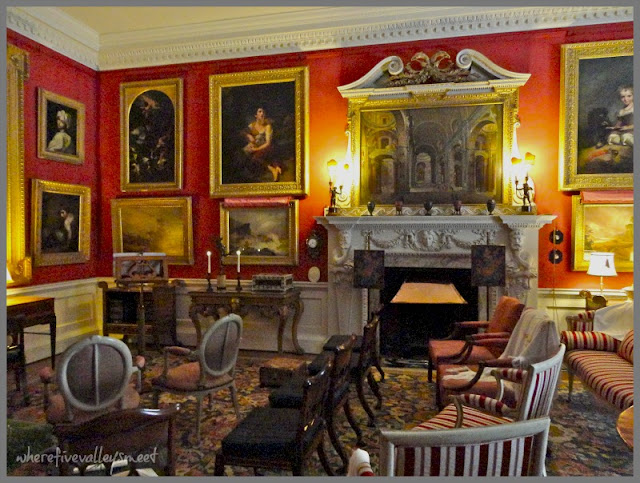 Sir Richard described the paintings in the Music Room as his 'fancy pictures'. The painting above the fireplace is St. Peter's Basilica, Rome. Horace Walpole saw the picture when he visited Stourhead in 1762 and attributed it to Giovanni Paolo Panini. In fact he was wrong it is a copy by Francis Harding.
Sir Richard lost his beloved wife Hester soon after the birth of their second son, who also died. A month later he lost his grandfather. He fled to Europe in his grief leaving his first son in the care of staff and a governess. He returned after two years, but found that his father was very ill. He later wrote in his journal that 'the joy at seeing my son was counter balanced by the decline of my father and his death'. His father's death sent him back to Europe for a further 4 years. One does wonder about his poor son, who saw his father only once for a short period during the 6 years. You can see his son on the first portrait in the entrance hall.
The Regency library via wikipedia 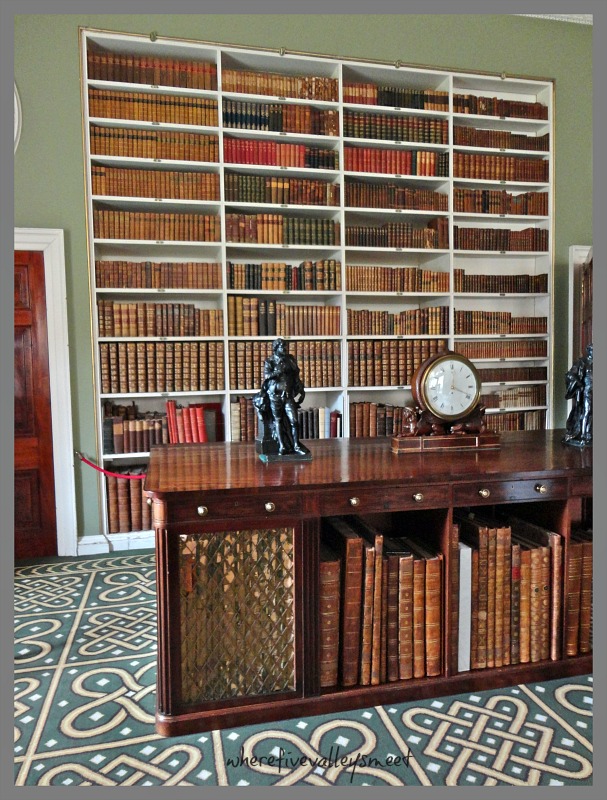 An extraordinary lunette window in the library based on Raphael's fresco The School of Athens. 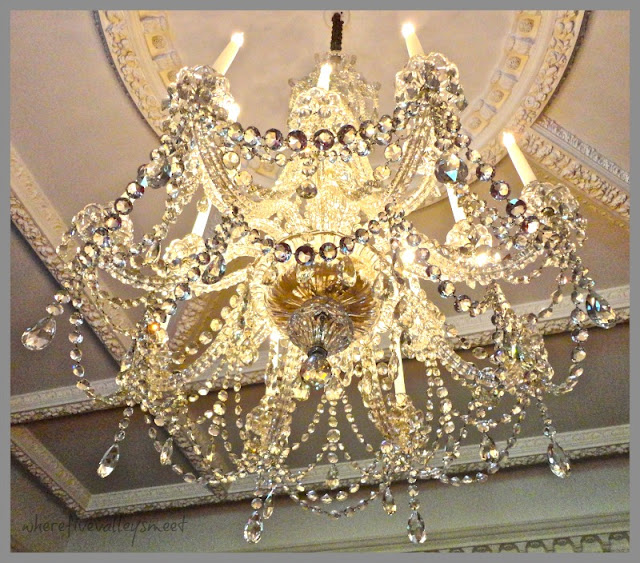 When Sir Richard eventually returned home for good he liked entertaining friends to a meal regaling them with his exploits whilst on his Grand Tour. He wrote books with hints to travellers in Italy, and turned his sketches done whilst travelling into ink, or watercolour pictures.There are some 600 in the collection at Stourhead, and another 100 are at Yale. He wrote lots of letters to his friends and his son Henry. However, having spent so much time in Europe while his son was growing up perhaps it is not surprising that their relationship was a bit strained. 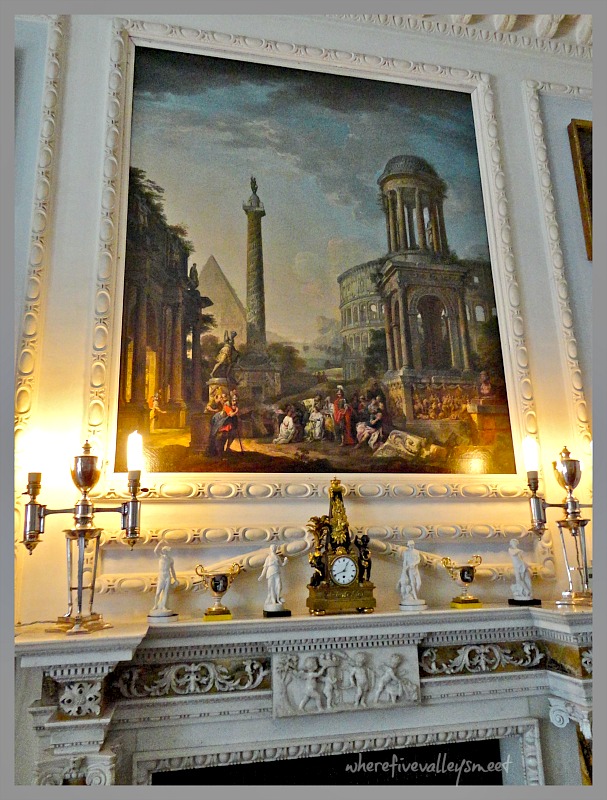 Above the fireplace in Sir Richard's bedroom hangs The Sacrifice of Iphigenia, a capriccio painting. A capriccio painting is a form of landscape picture where the artist creates an architectural fantasy - a typical souvenir of the Grand Tour. 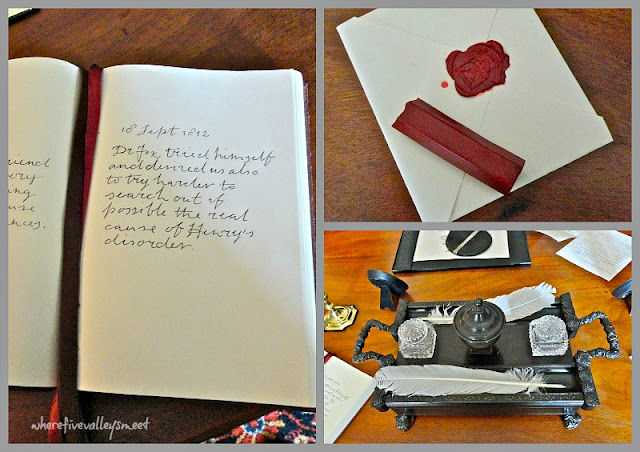 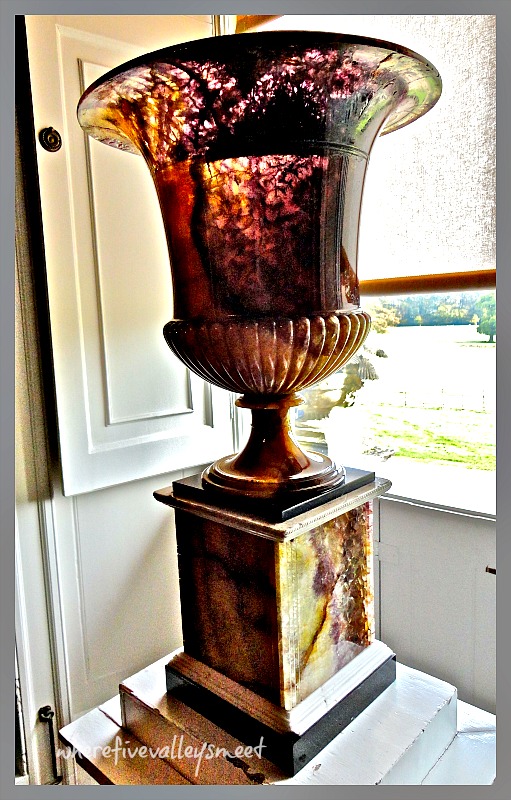 To end I must include this wonderful urn made out of Derbyshire Blue John. Only small pieces of Blue John are found today. I found a modern small Blue John bowl for sale measuring 7.5 cms dia/4 cms high costing £1,250 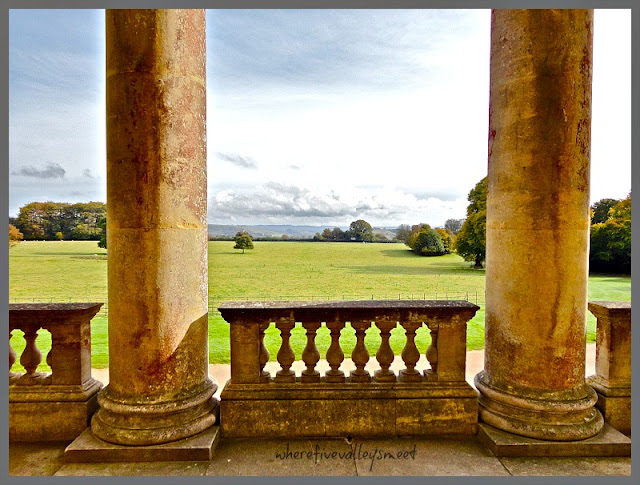