A Feast of Zigzags 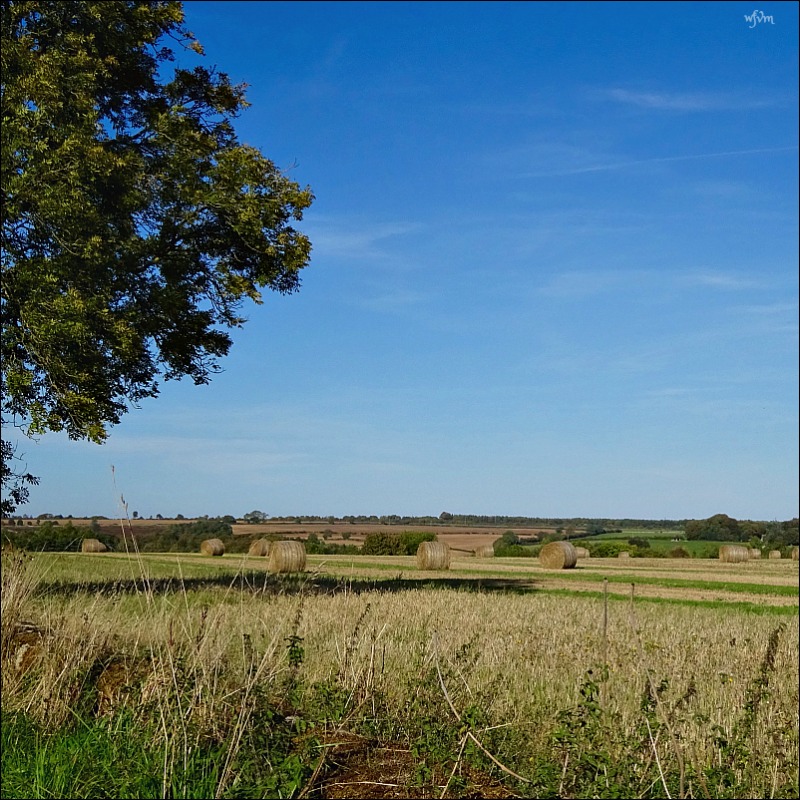 This is not the deep valley, cosy country lane Cotswolds beloved of tourists, but is in a location almost 1000 feet above sea level and situated on an escarpment. 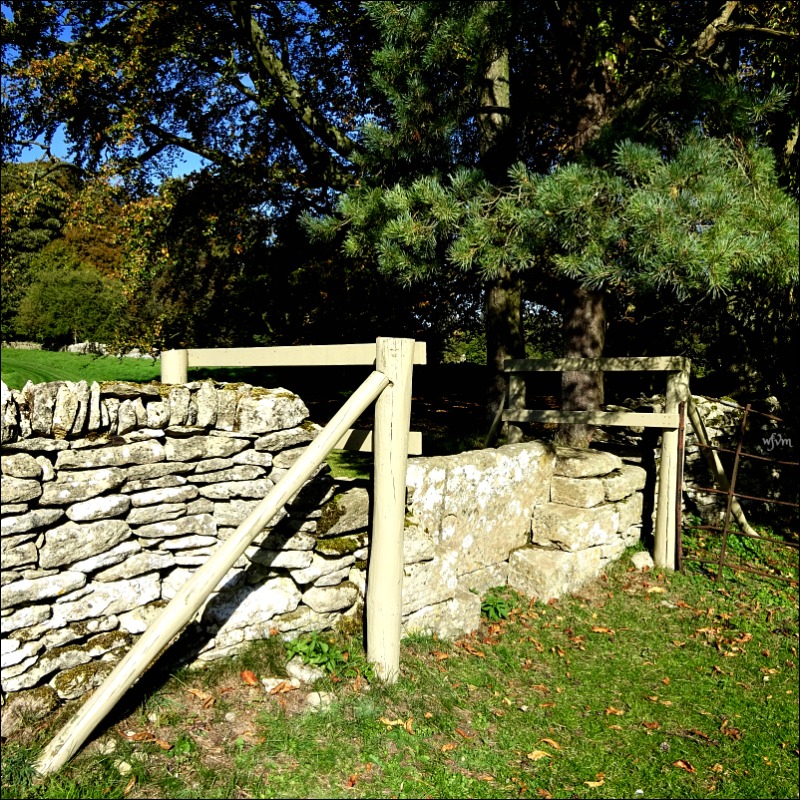 But it is well worth the climb and exploration to find the Norman church of St.John at Elkstone. 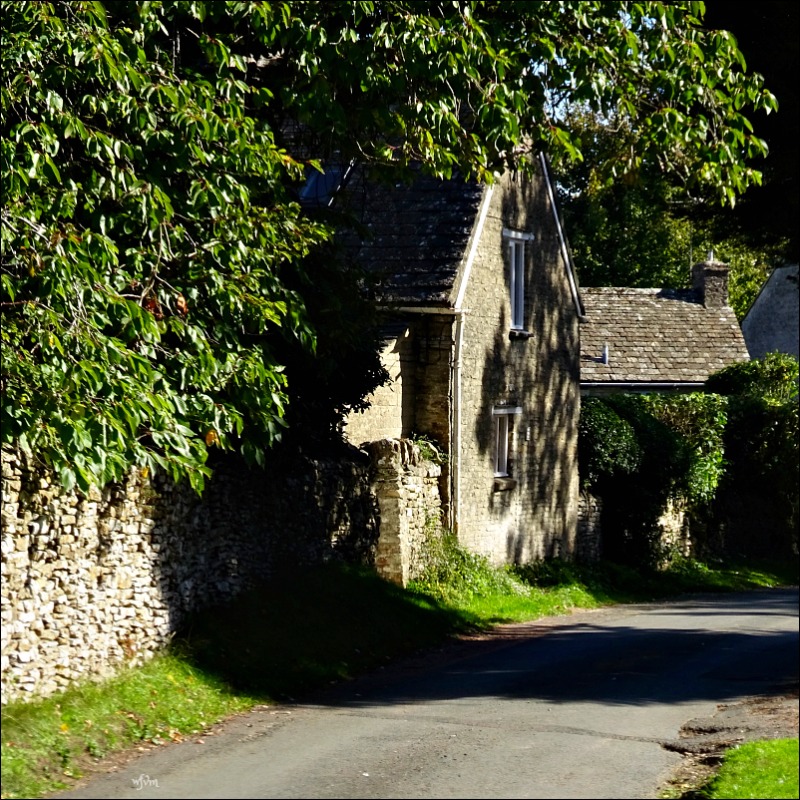 Simon Jenkins travelled the length and breath of England for his book 'England's Thousand Best Churches', and included it in his Gloucestershire section. 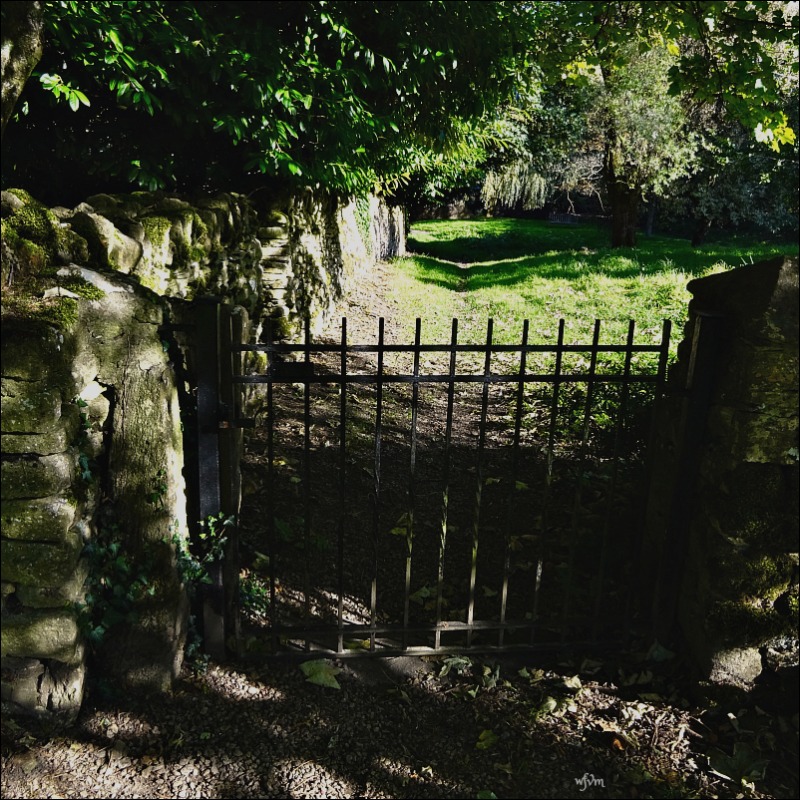 The Architectural Historian, Pevsner, described it as one of the most interesting and best preserved Norman churches in an area rich by any standards in the Romanesque. It retains its splendid Norman doorway and two sets of glorious Norman arches, and a corbel table of grotesques contemporary with the early church. 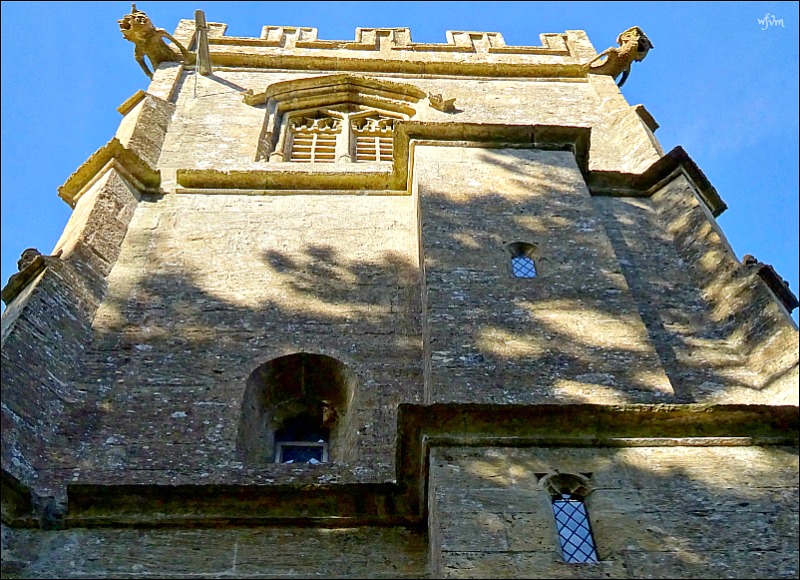 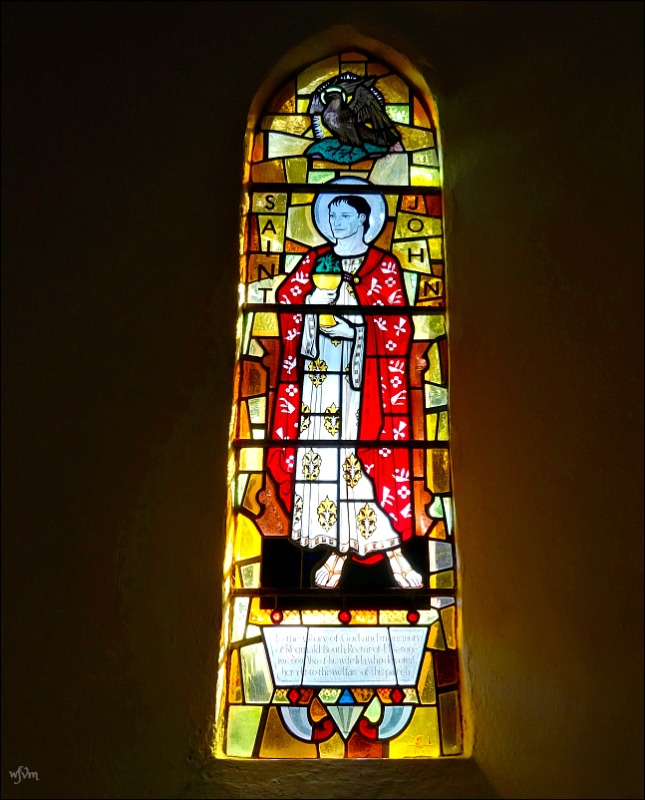 A stained glass window showing St. John in the south wall of the chancel which was made for the church in 1959 by W T Carter Shapland. 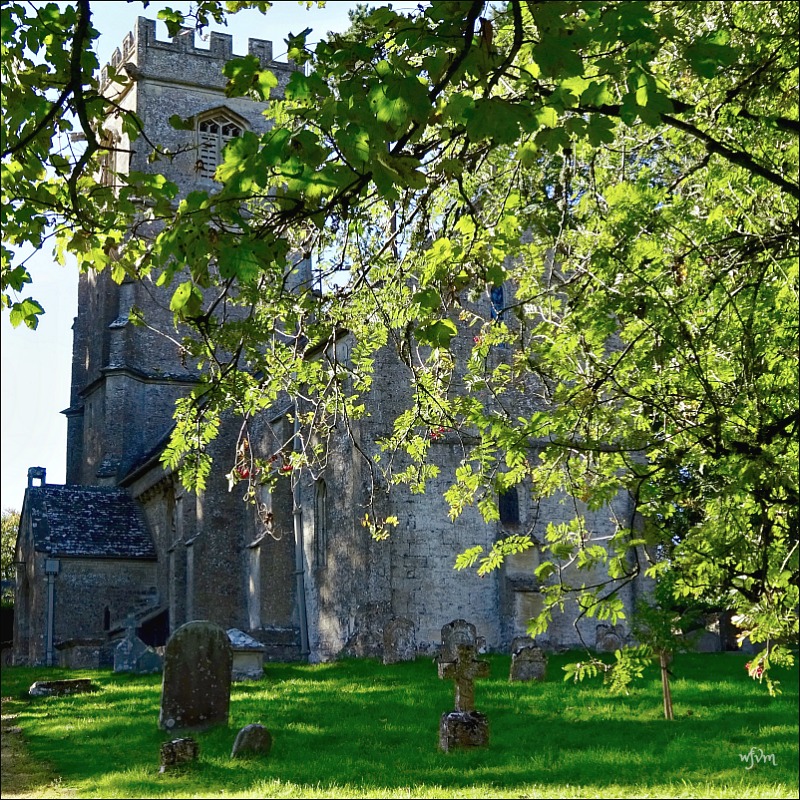 Built in 1130, the original Norman church had a crossing tower that was lost in the c13th. The south door is protected by a later porch which has afforded protection to the Norman tympanum now 888 years old. 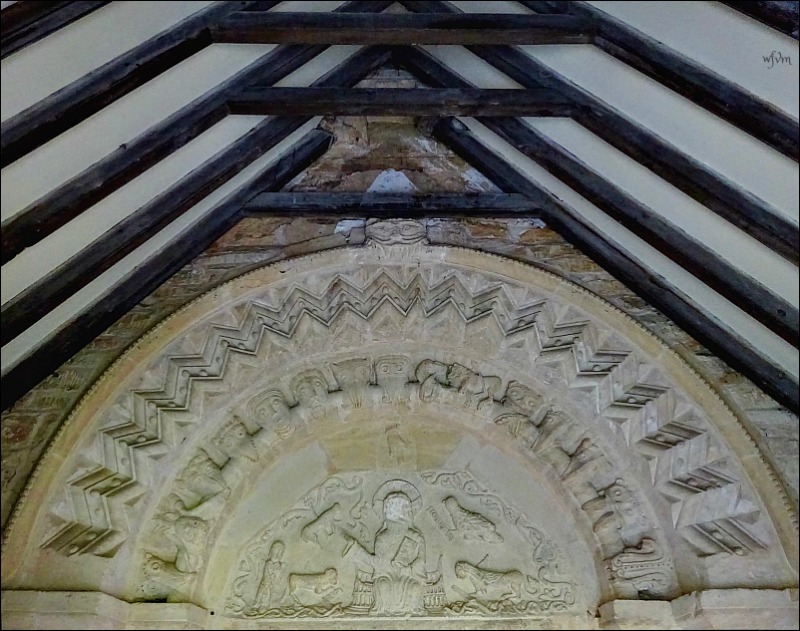 The tympanum rests on a shouldered arch, supported by pillars with carved grotesque head capitals 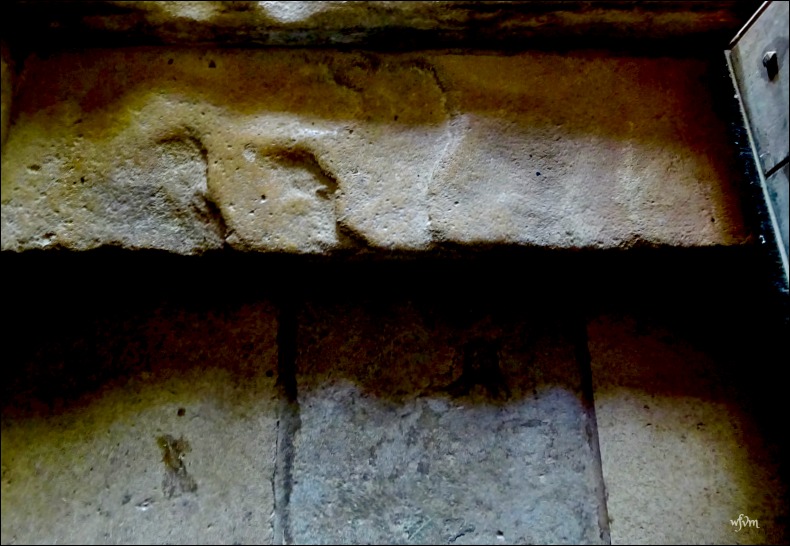 Entry into the church is via centuries of well worn stone steps, 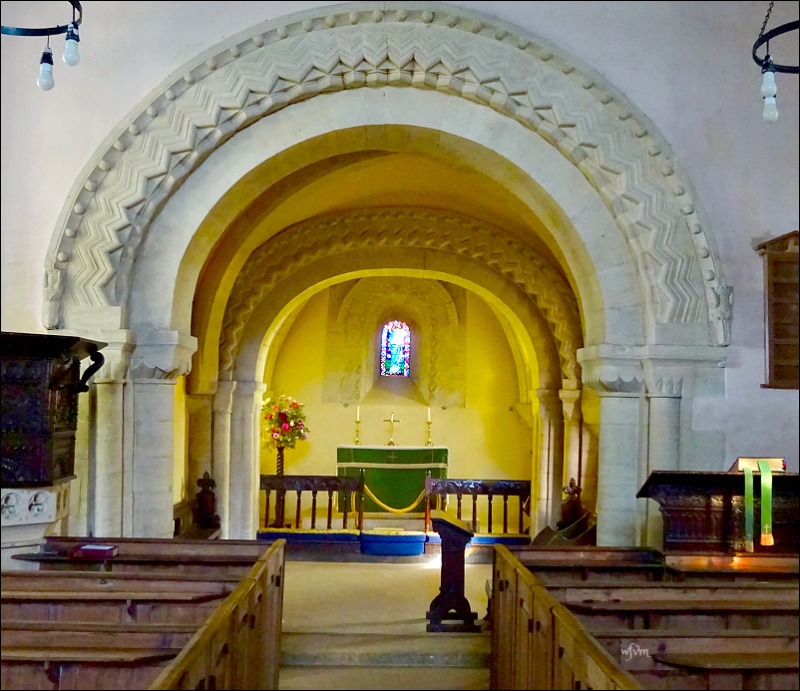 but on arrival the eye is immediately captured by two sets of exquisite romanesque Norman arches - the first set lead from the nave into the chancel and the second set lead on into the sanctuary. Decorated in deep cut zigzags, also known as chevrons, they are a glory to behold. The outer hood mould is pelleted, terminating at each end with a dragon's head. 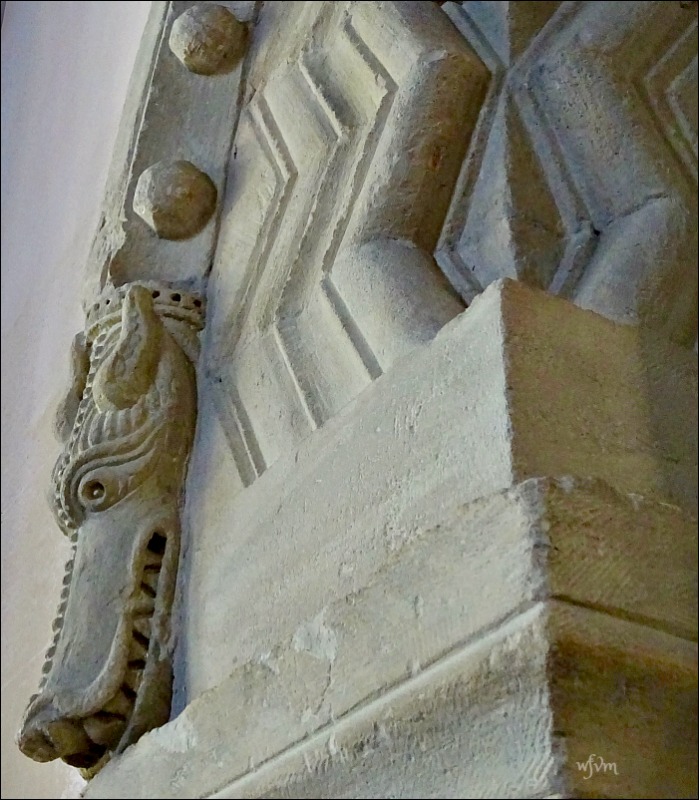 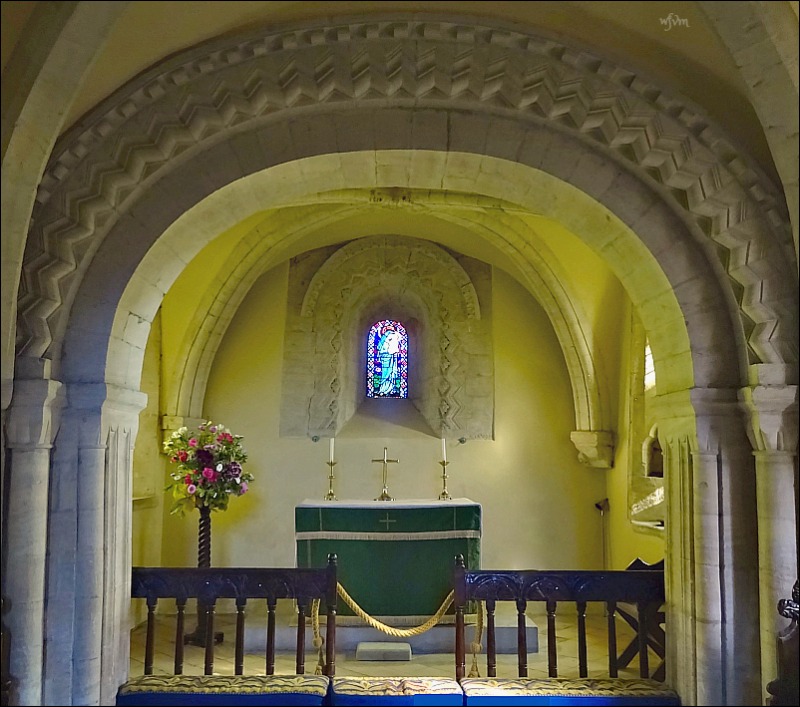 Beyond the arches is the sanctuary with a small intricately carved stone Norman window which has a vividly coloured glass window done in 1929. It is the work of Cotswold stained glass designer, Henry Payne, a celebrated artist/designer, and done in the style of Burne-Jones. 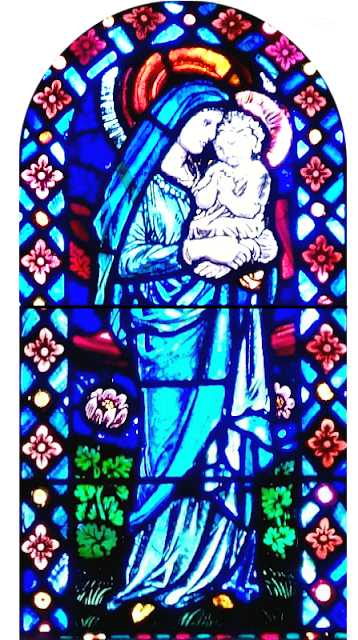 From the outside this delightful little east window has a carved pelleted inner order (sometimes referred to as beads or ball flowers) and an outer order of crenelation or battlement carving. 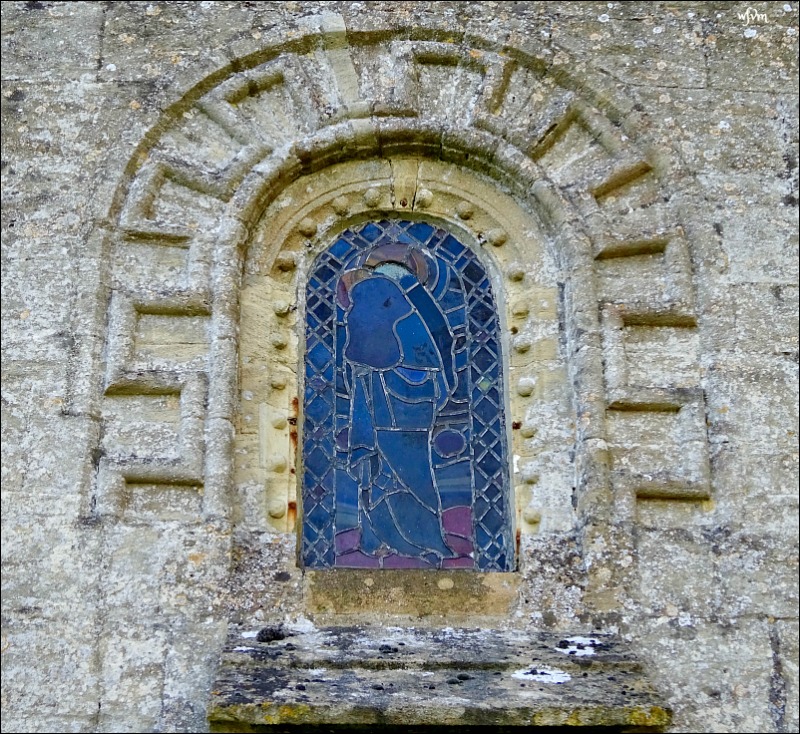 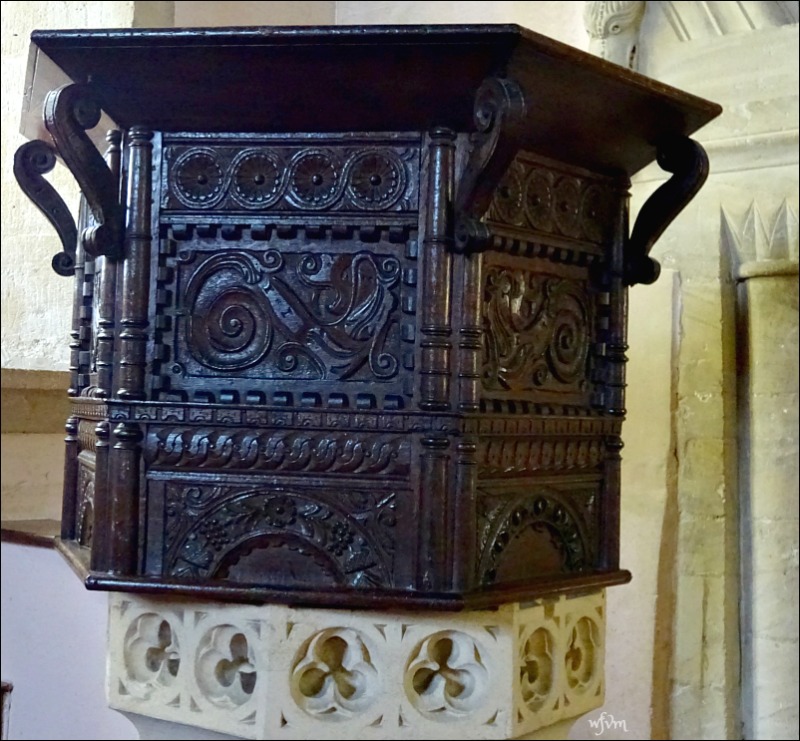 In the nave there is a Jacobean pulpit with one of the carved dragons descending immediately behind the preacher's head.
There is an unusual church feature in the sanctuary that is shared by only one other church in this country. 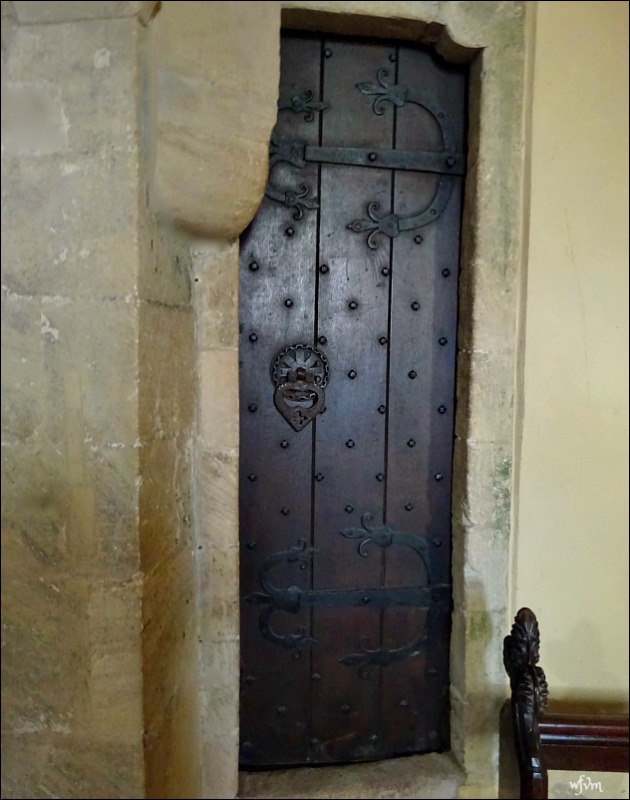 This door holds the secret, so let's turn the lock 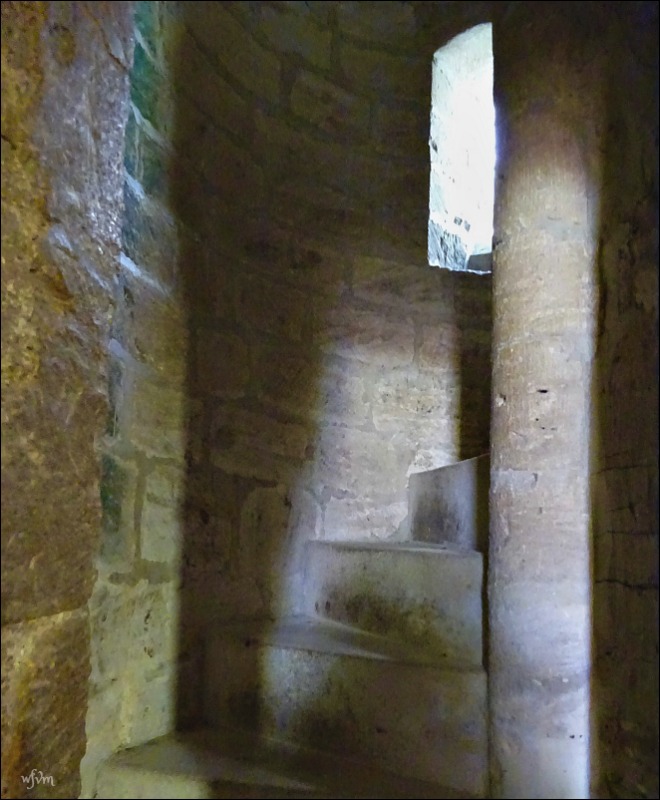 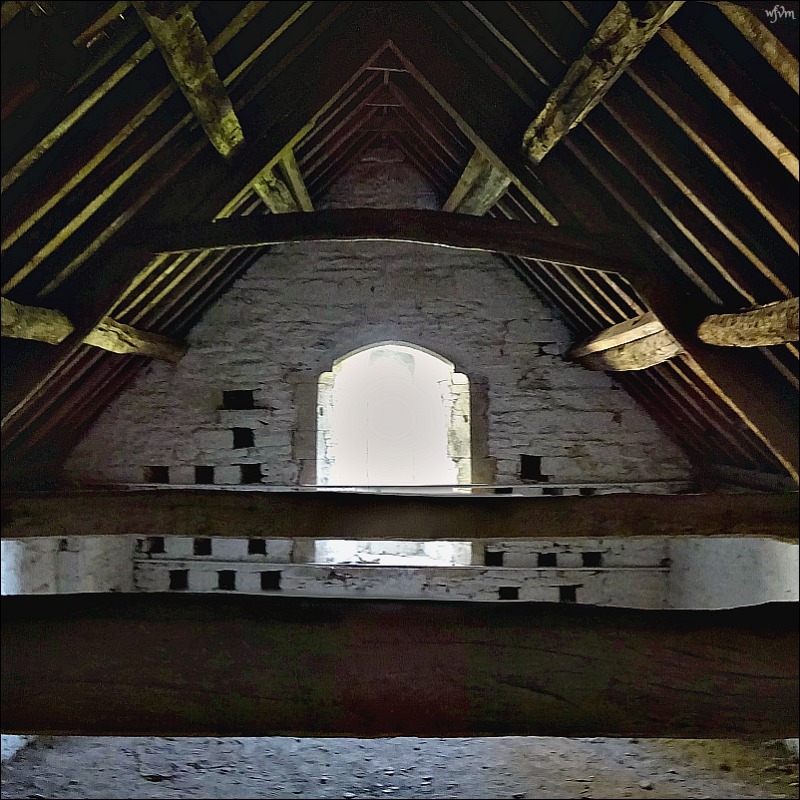 and reach the Columbarium (dovecot - pigeonair).

Some of the mythical beasts and grotesque heads running around the corbel table. 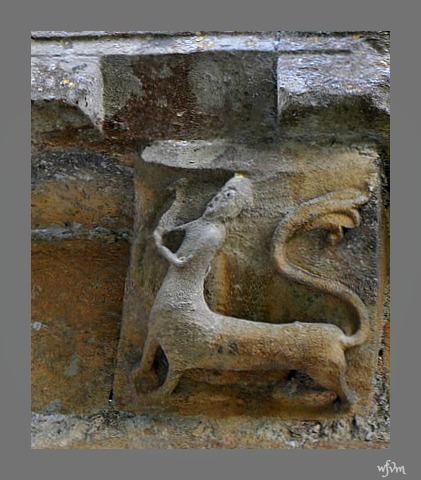 Of all the grotesque heads and mythical beasts, this one is my personal favourite. I think that it must have been carved by a Norman with a sense of humour and vivid imagination.
Posted by Rosemary at 07:42