Years ago when travelling at home and abroad collecting costume dolls was something that people tended to do. I say home and abroad because I do have a selection of British dolls too. However, as a consequence we have a cabinet full of them. Will they ever become desirable objects? I have my doubts, but having said that one or two do stand out as being quite unusual or special. One doll in our collection is the same as one I saw recently being sold as a 'vintage' sailor boy. My sailor boy was bought for me as a six year old by my grandmother. 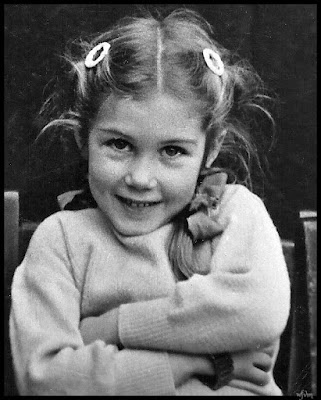 She purchased it on the Empress of Scotland when she sailed to and from Canada where she stayed for a few months with my aunt, her daughter. 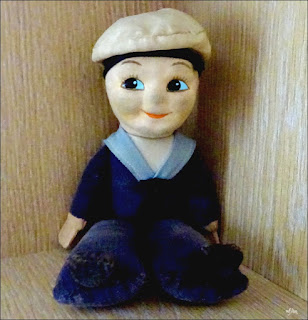 He is certainly not in mint condition as he has been greatly loved and sadly has lost the ribbon around his cap which read The Empress of Scotland. However, I would never part with him as he brings back fond memories of times spent with my grandmother. These sailor boys were made for cruise ships by Norah Wellings a talented artist and designer of cloth dolls. She started her career with Chad Valley becoming their chief doll designer. Eventually she left and began her own business called The Victoria Toy Works.
The doll below is from the Japanese Meiji period, and is well over 100 years old. 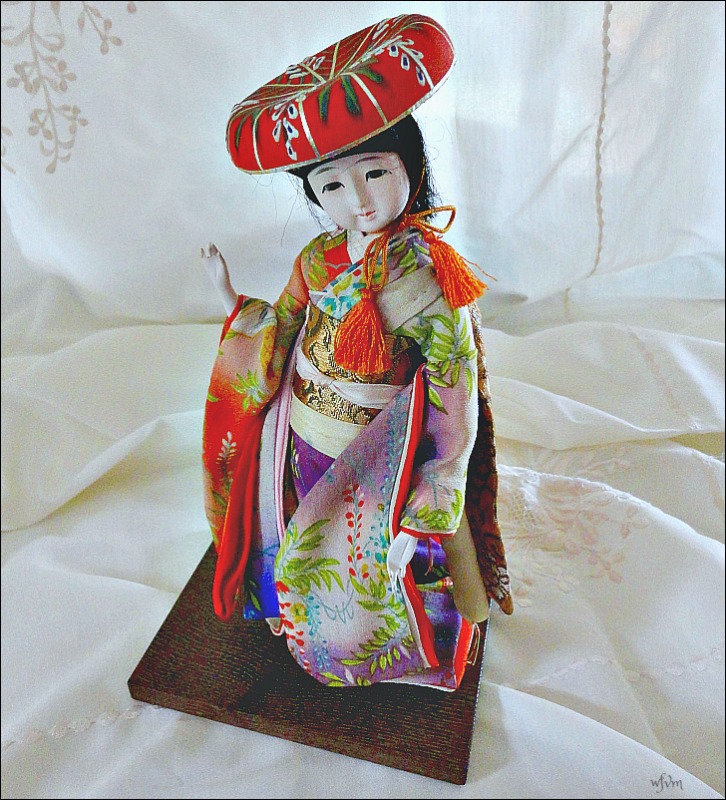 She is a Geisha girl wearing a lovely red hat. Her silk kimono is hand painted with trails of wisteria blossom, and my understanding is that her hands and face are glazed with crushed oyster shells (Gofun) which creates the bright white finish. 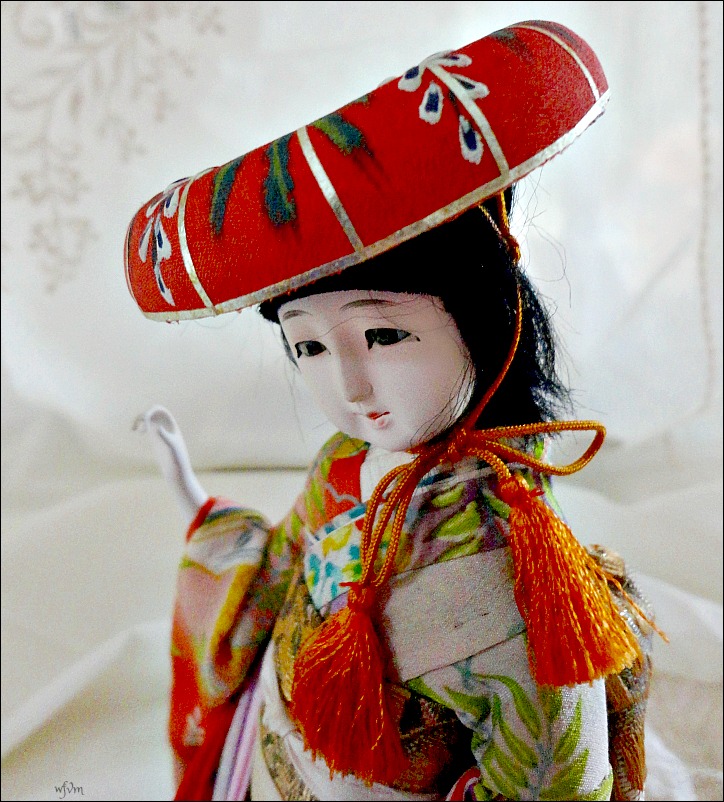 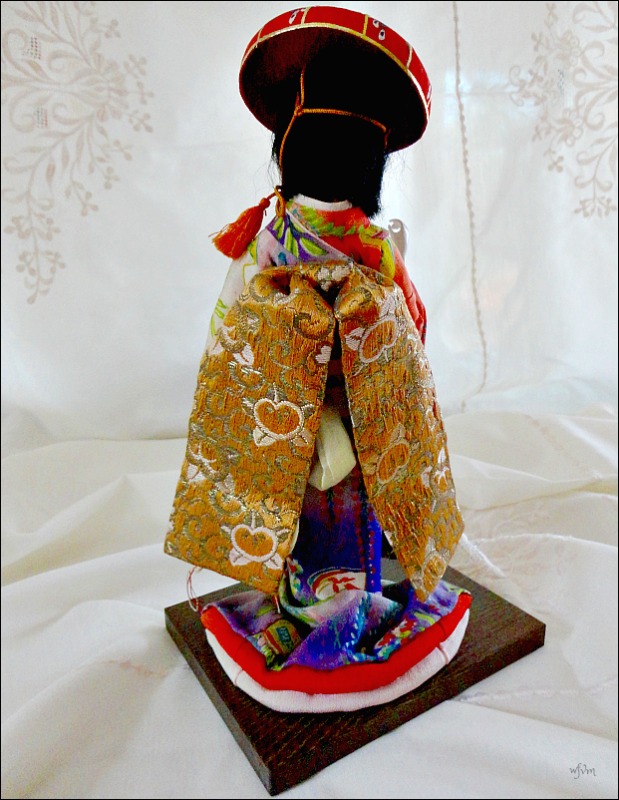 The way this doll is dressed is both authentic and accurate. 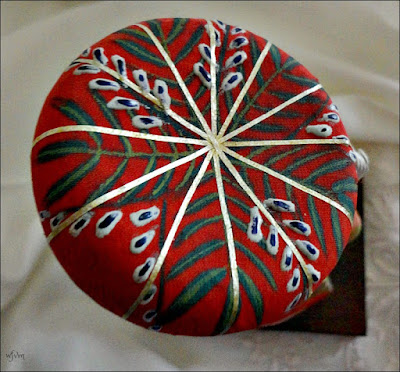 Maybe I will open the cabinet doors again one day and have another exploration.
Posted by Rosemary at 16:50