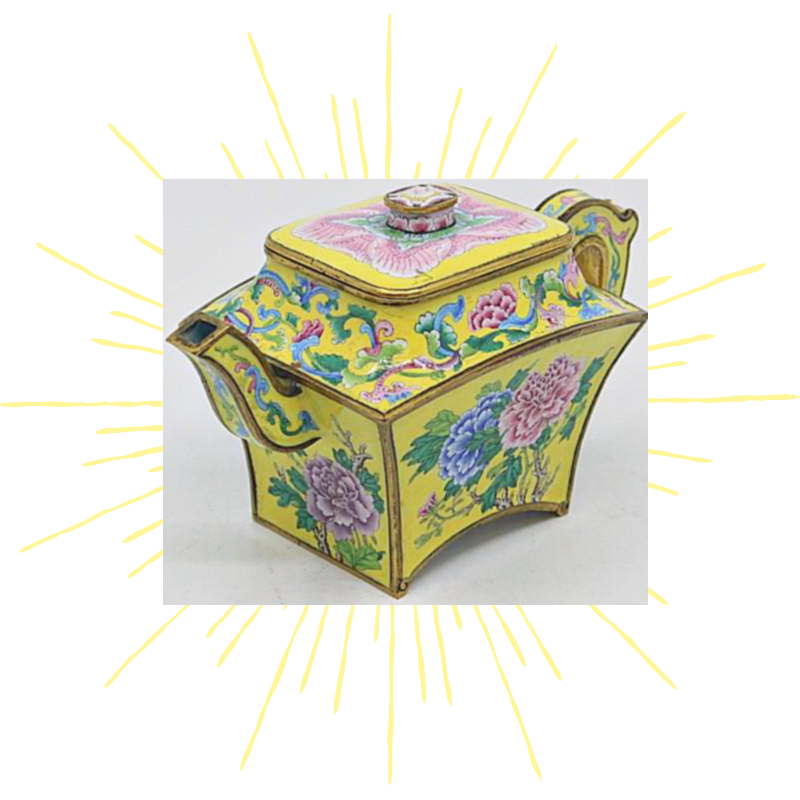 This tiny enamel pot, thought to be a very small teapot by the owner, had been boxed up in his garage ready to be taken to a local charity. It had belonged to the owners grandfather and assumed to have been acquired whilst he was stationed in the Far East during the Second World War. During lockdown the owner was sorting through the box and decided that may be it looked a bit too special for a charity shop, so he took it to be checked out by a local auctioneer before parting with it. The auctioneer noticed straightaway that it appeared to be 18th century Chinese and could possibly be worth £10,000 or even more. However, whilst researching the pot further the auctioneer realised that it was almost identical to two wine ewers that had been used in the palace of Emperor Qianlong, both of which are now housed in museums. 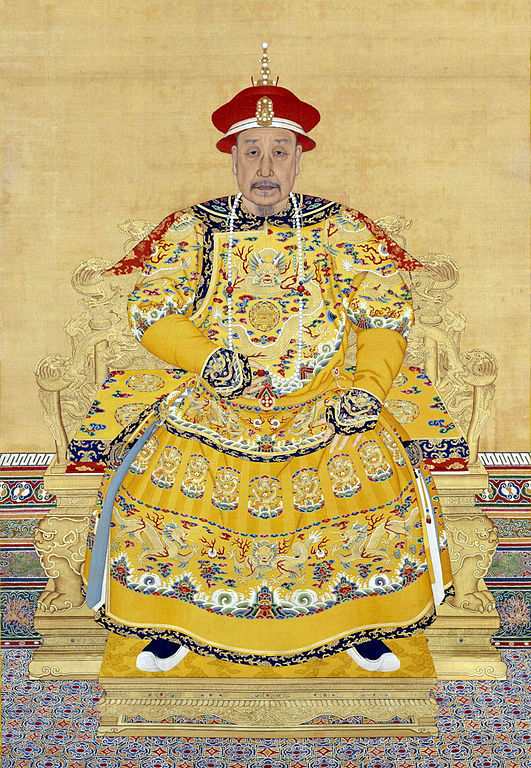 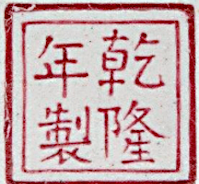 Emperor Qianlong is considered to be one of the greatest Chinese emperors ; did it grace his palace, or could he have even handled it!

A British valet who accompanied his diplomatic master to the Qing court in 1793 described the emperor thus:

The Emperor is about five feet ten inches in height, and of a slender but elegant form ; his complexion is comparatively fair, though his eyes are dark ; his nose is rather aquiline, and the whole of his countenance presents a perfect regularity of feature, which by no means, announce the great age he is said to have attained ; his person is attracting, and his deportment accompanied by an affability, which, without lessening the dignity of the prince, evinces the amiable character of the man. His dress consisted of a loose robe of yellow silk, a cap of black velvet with a red ball on the top, and adorned with a peacock's feather, which is the peculiar distinction of mandarines of the first class. He wore silk boots embroidered with gold, and a sash of blue girded his waist. 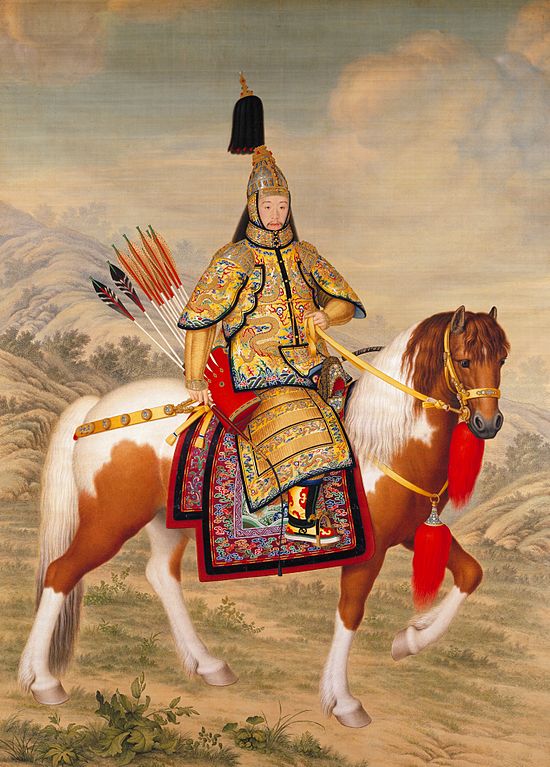 Emperor Qianlong in ceremonial armour on horseback
The price of the small wine ewer turned out to be drastically under estimated, in the end it went for £390,000. It is most likely that it has now returned back home to China.

images of the Emperor and his description courtesy wiki. 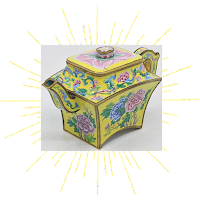