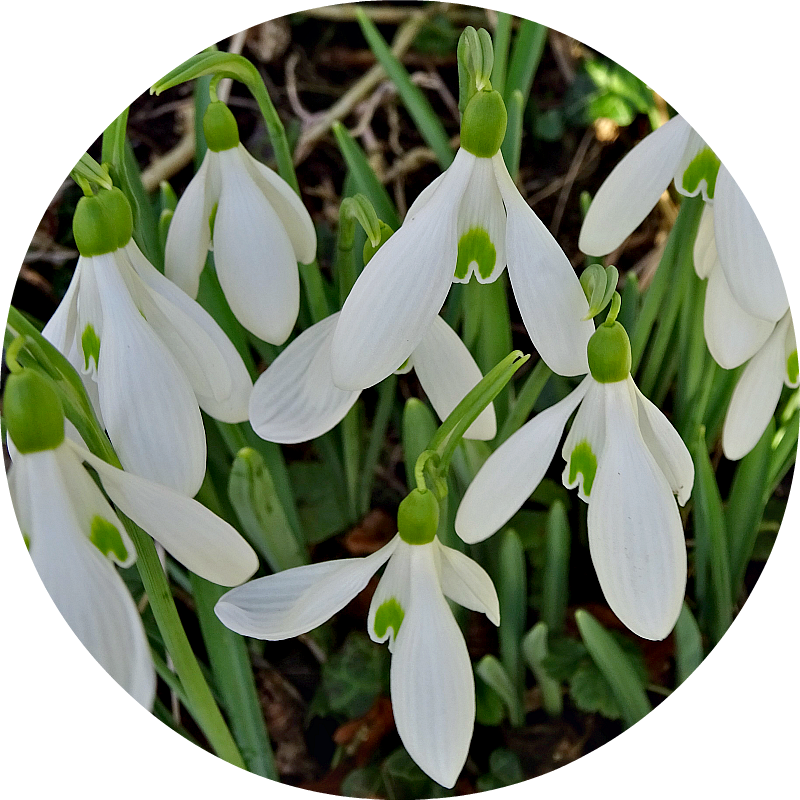 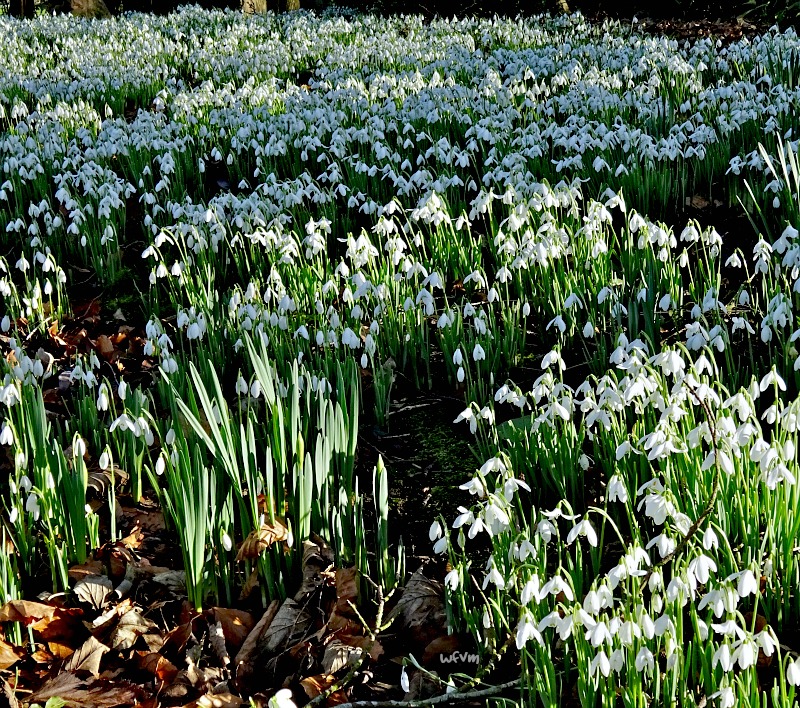 Rococo was an artistic movement and style developed in the early C18th in Paris. It not only involved the arts and architecture but also gardens. Today's Rococo gardens are mainly to be found in France and Italy - they were exhuberantly created using extravagant pavillions, fountains and stairways. However, the Rococo garden movement also had a fleeting craze here in England, and although not as grand as their European cousins, they sparkled with unrestrained delights which showed off their ostentatious owners often new found wealth. The Rococo Garden in Painswick is a very rare suvivor in England, and at this time of year hosts a special harbinger of Spring - the snowdrop. The garden grows thousands of them including various different cultivars but the principle snowdrop grown is Galanthus atkinsonii which is commonly known as the "big one".
As a result of the mild winter weather the snowdrops have peaked three weeks early. 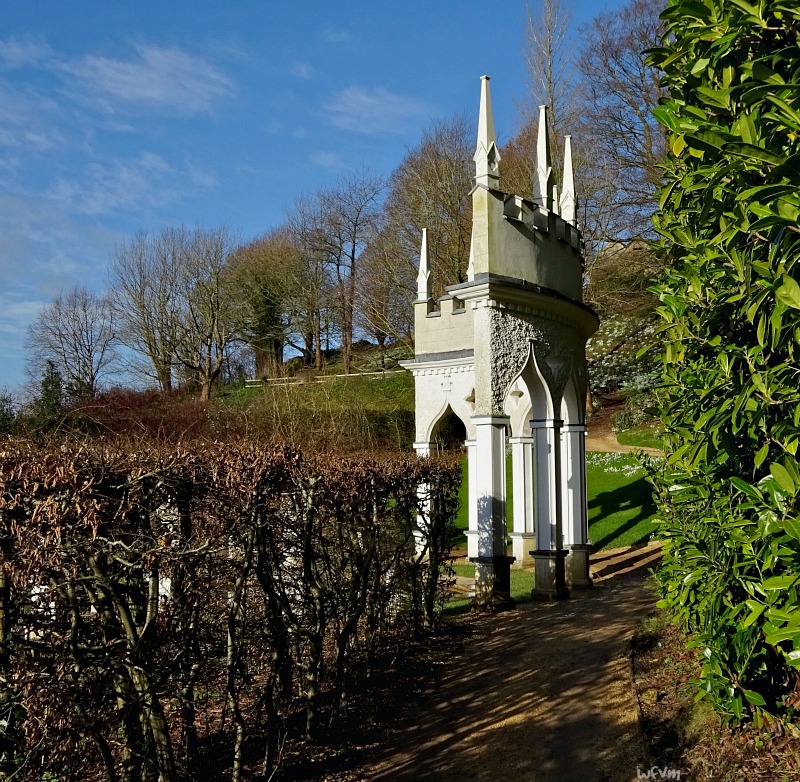 This elegant white stucture is called the Exedra, in architectural terms an exedra is a semicircular recess or plinth often crowned by a semi-dome. Used as a folly here in the Rococo garden it makes a striking focal accent which can be seen from many different points in the garden 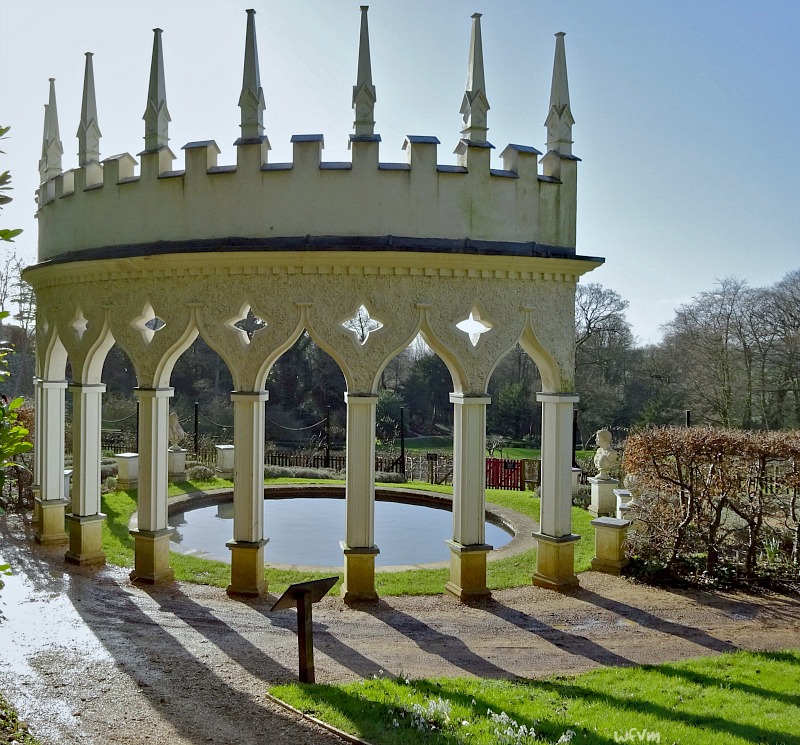 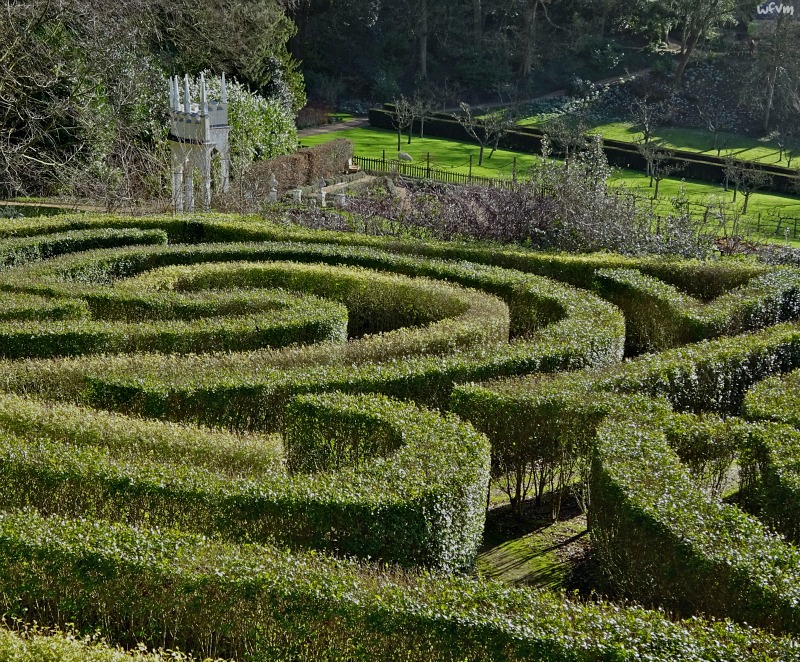 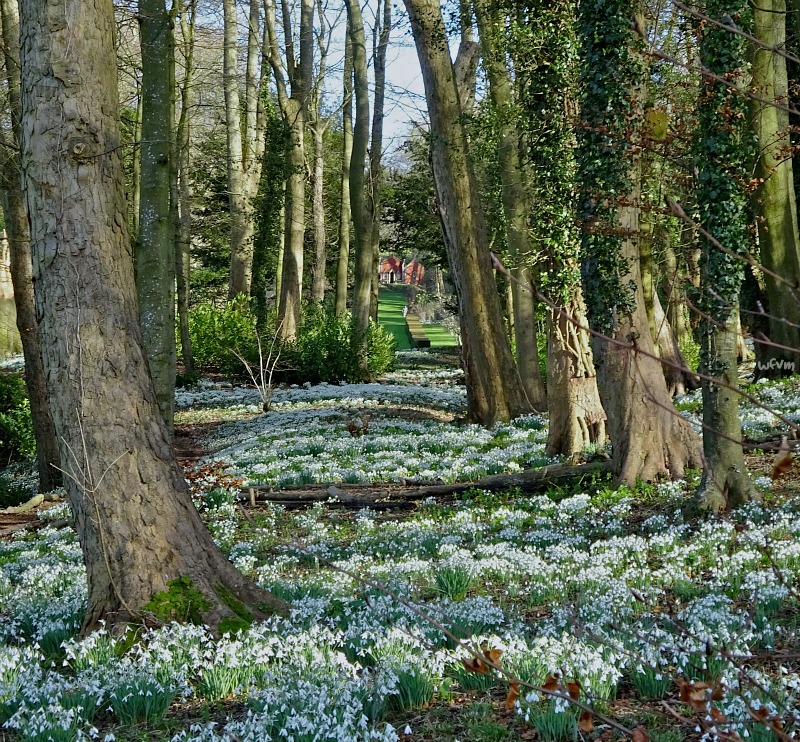 Snowdrops have been growing in this Grove for over 250 years. In the C18th the owners of the house traditionally opened their garden to all the local Painswick residents for one Sunday each snowdrop season and invited them to pick themselves a posy of six snowdrops each 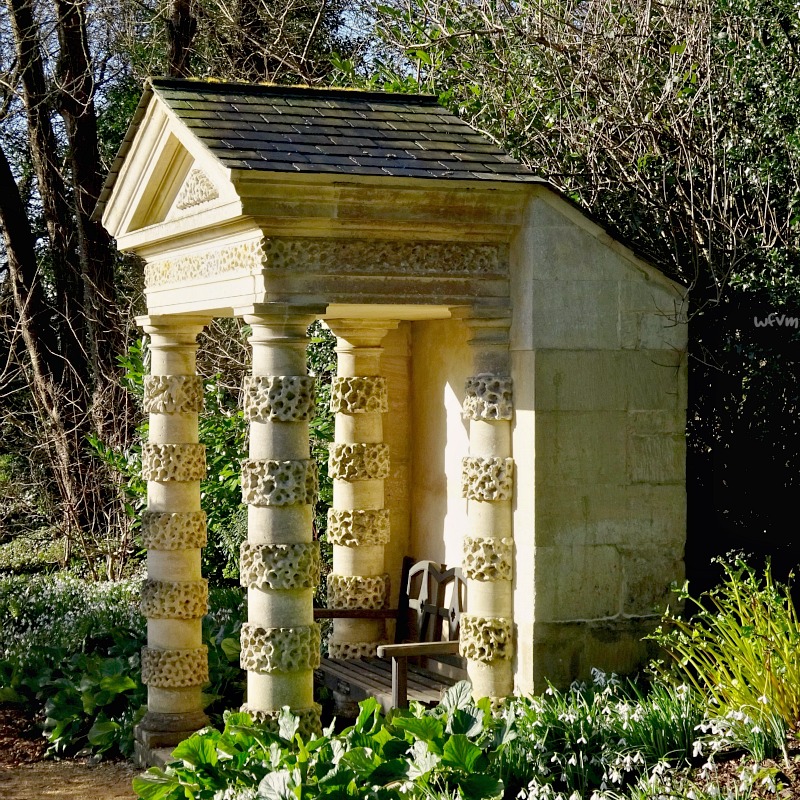 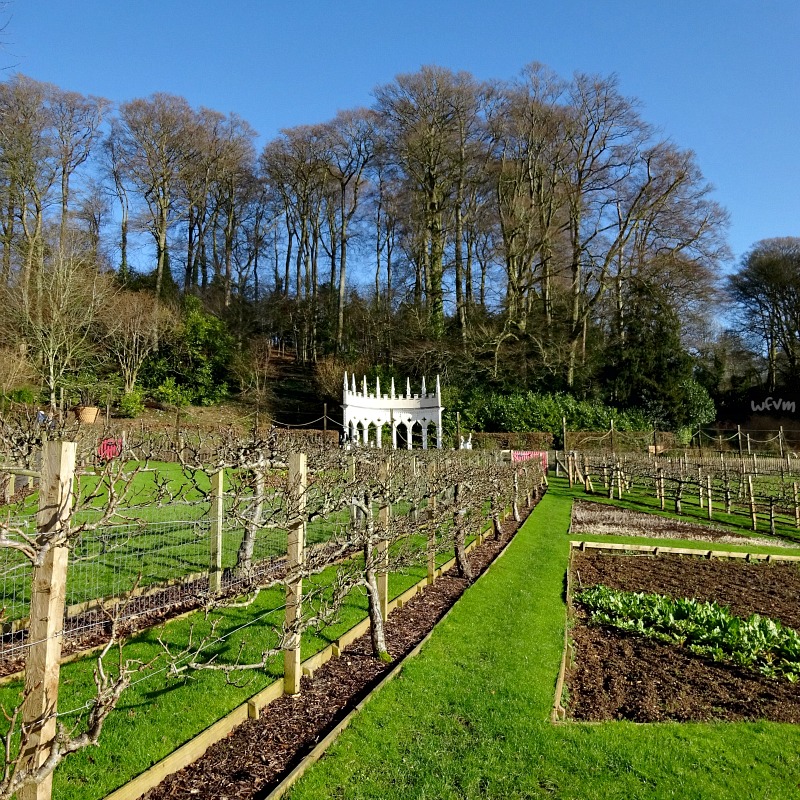 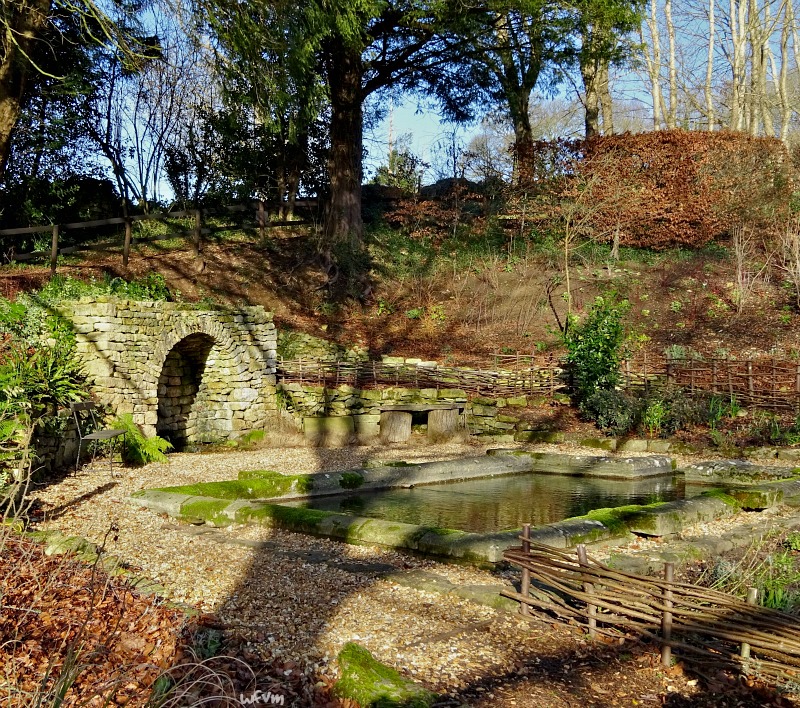 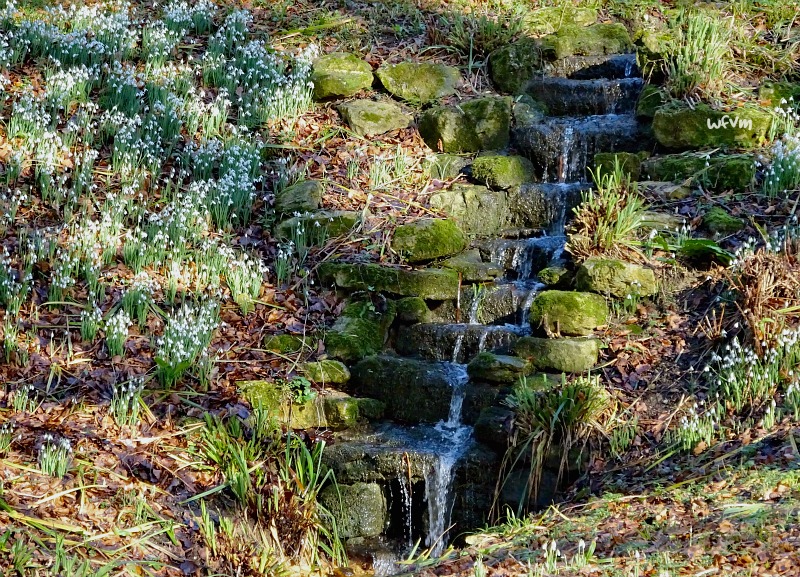 A Plunge Pool accompanied by running spring-water were essential elements in an C18th century garden. Throughout that period there was an interest in following a cold regime, which was claimed to extend life expectancy. This included spending time out of doors, taking plenty of outdoor exercise and bathing in cold water.
The philosopher John Locke wrote in 1703....
"Everyone is now full of the miracles done by cold baths on decayed and weak constitutions, for the recovery of health and strength;" 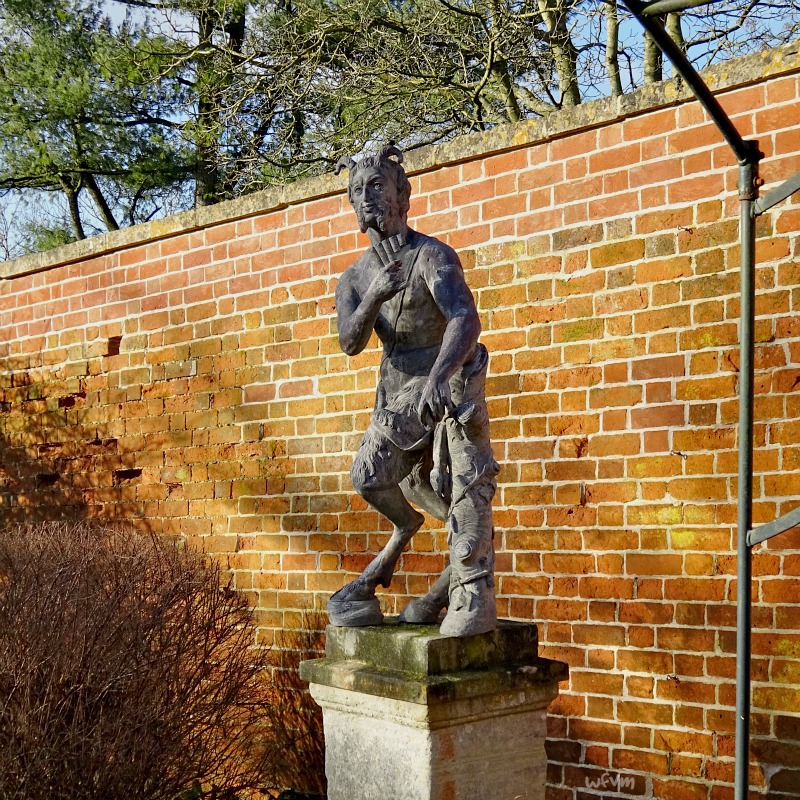 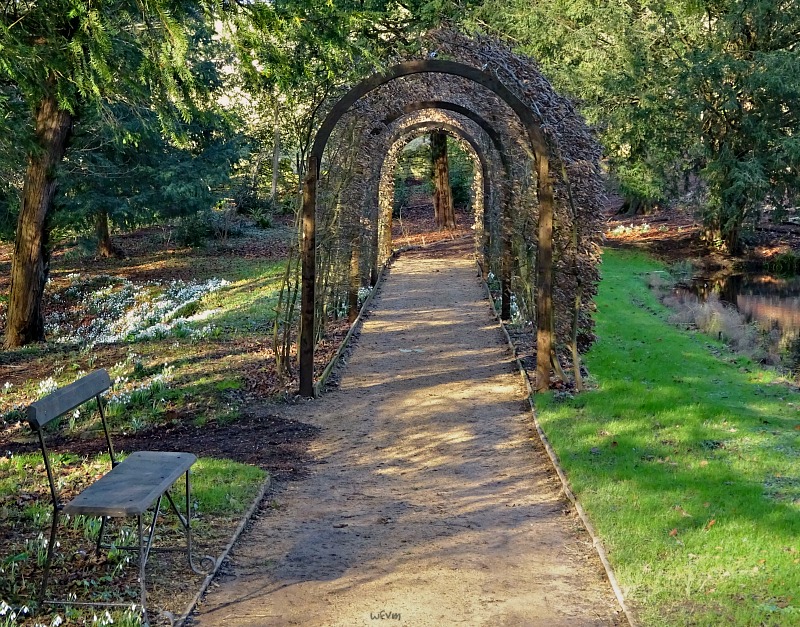 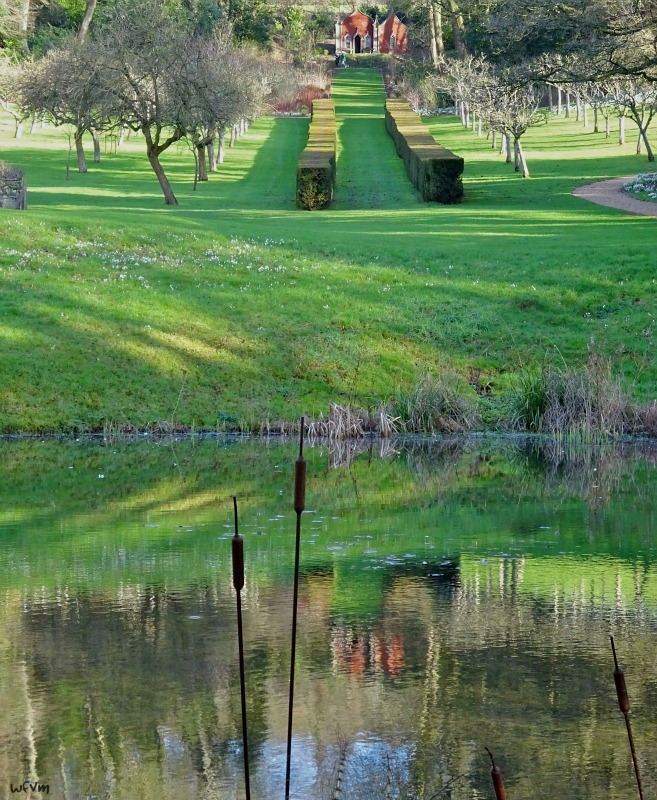 View across the fish pond to the Red House 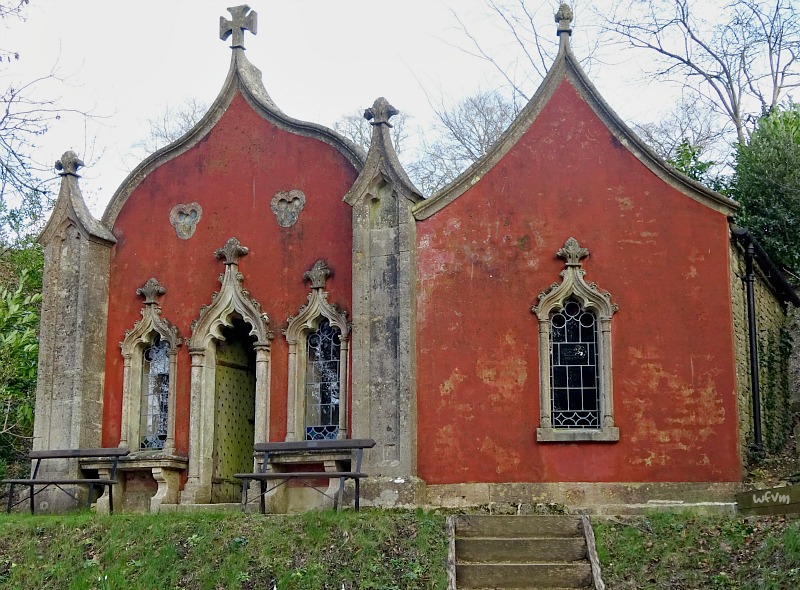 The Red House sits at the head of the valley having commanding views of the garden. It is both flambouyant and eccentric, displaying one of the main features of the Rococo period of asymmetry. The doors to the Red House are locked in the open position as it plays host to a colony of Lesser Horsehoe Bats roosting in the roof - an extremely rare bat in England and only found here the southwest of the country 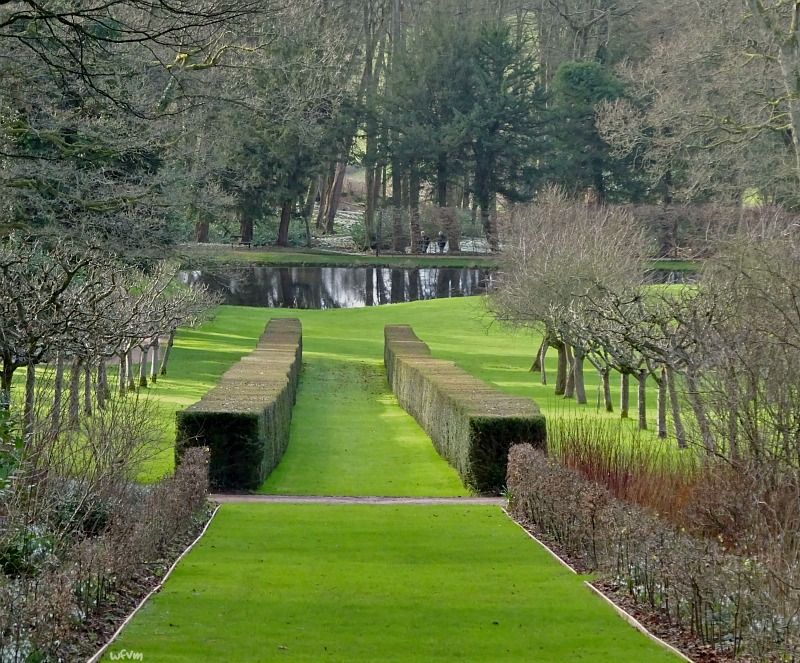 The Red House was put on the English Heritage 'at risk' register in 2007 when it was discovered that there was evidence of structural movement. In the winter of 2009/10 underpinning was carried out, and at the same time the windows were replaced. They are inscribed in Latin with the Songs from Solomon. 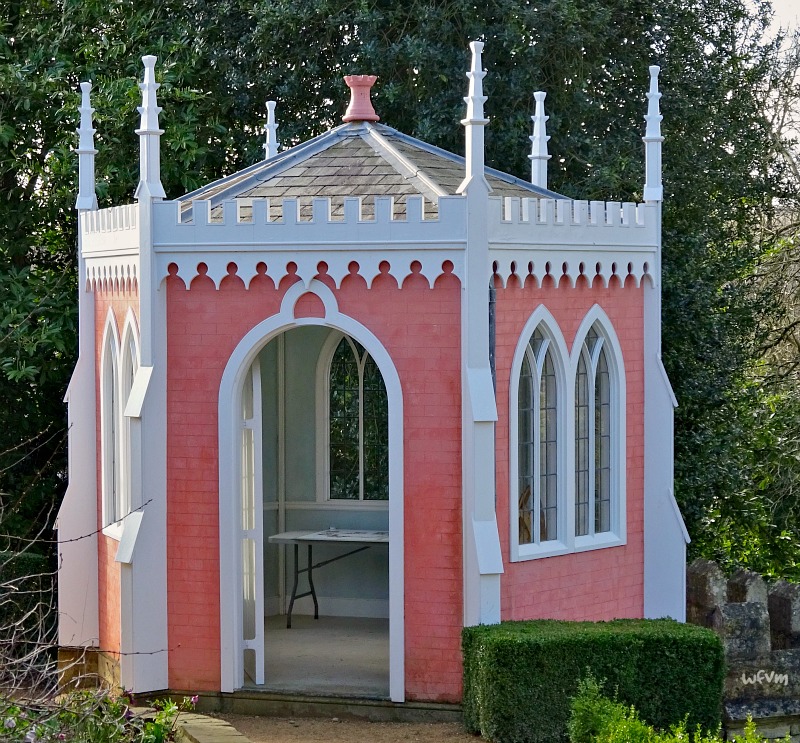 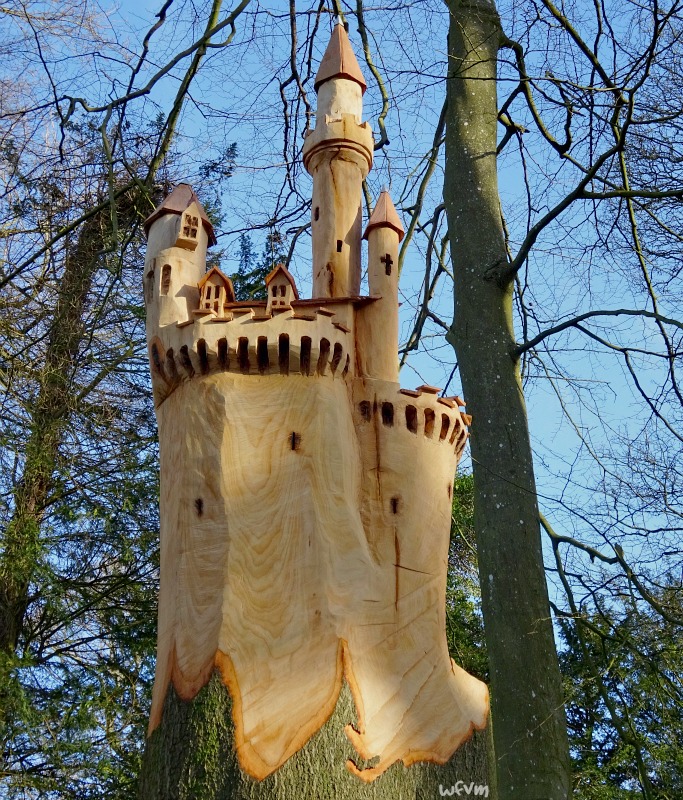 This fanciful creation sits on the unaffected stump of a Beech Tree which had become diseased.  It will quickly mellow and blend in with the other trees in the glen. The work was completed by a local chainsaw sculptor, Denius Parson literally days ago - it was inspired by Schloss Neuschwanstein in Bavaria 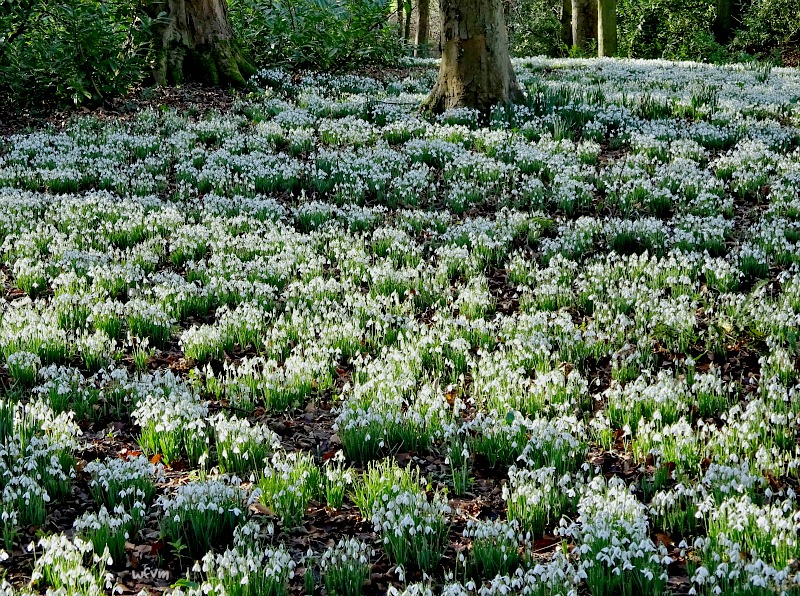 It seems appropriate to conclude the post with a snowdrop 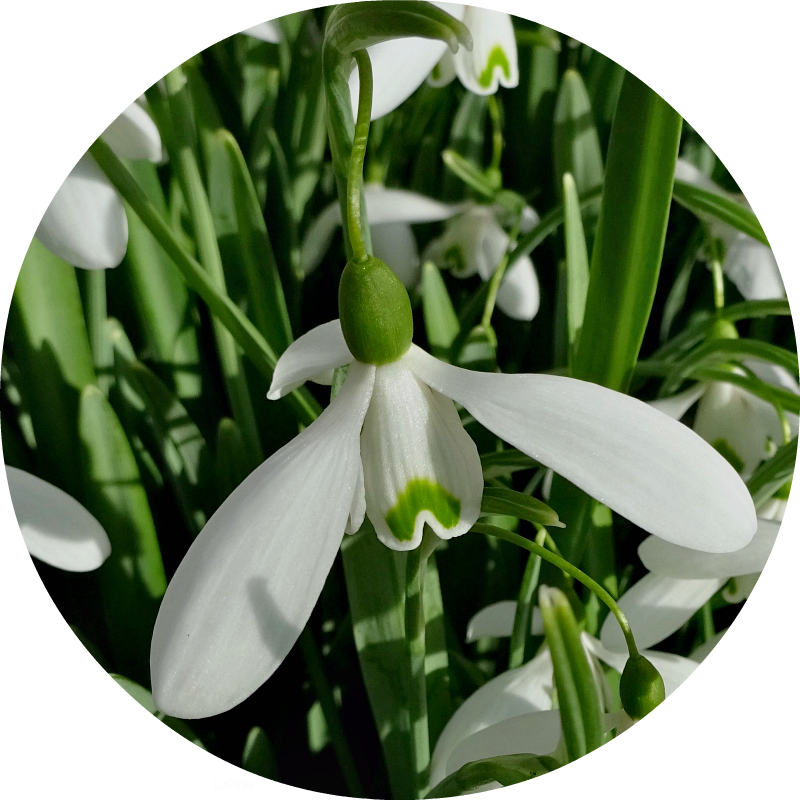