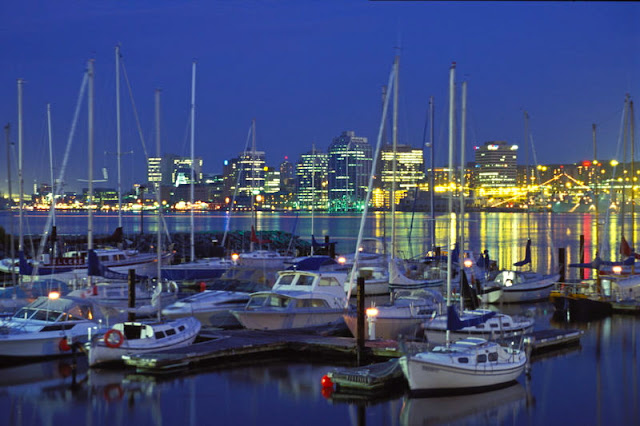 via wikipedia
Evening in Halifax, Nova Scotia
It is little wonder that Nova Scotia is called New Scotland it bears a strong resemblance to the Scottish lowlands, and many of its inhabitants originated from Scotland. In fact our flight from London was almost empty until it landed at Glasgow to pick up the majority of it's passengers. We flew over the Gulf of St. Lawrence which dramatically was covered in ice floes. 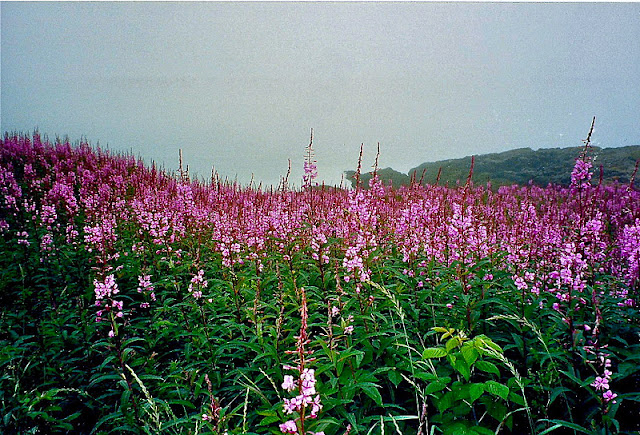 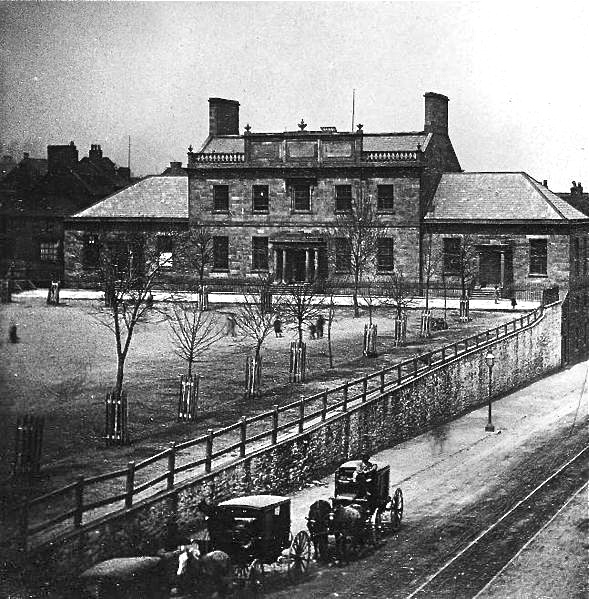 via wikipedia
Dalhousie University taken in 1871
Our visit was in the early 1990's when H was invited to a conference at Dalhousie University by Prof. Elisabeth Mann Borgese, the youngest daughter of Thomas Mann, the renowned writer - Death in Venice. We had met her at various environmental conferences, particularly in connection with the oceans. She was a recognised authority of the Law of the Sea and for a long time was the only female member of the Club of Rome. She was an extraordinary women and could travel around the world carrying only a very small holdall containing her change of clothes and wash kit.  She married the anti-fascist Italian writer Giuseppe Antonio Borgese, 36 years her senior, by whom she had two daughters. At her home situated on a remote spit in Nova Scotia she lived alone, but surrounded by animals including a chimpanzee. She said that one of her dogs could play the piano, which greatly amused us. However, my brother, living in Toronto, heard her being interviewed on Canadian radio talking about the dog, and in fact, heard the dog play the piano on the programme!!! It is known that the chimp once had a bit of a rip roaring time in the house, charging around smashing everything up with a hammer left by a workman. He had watched the workman hammering away and thought he could do the same. 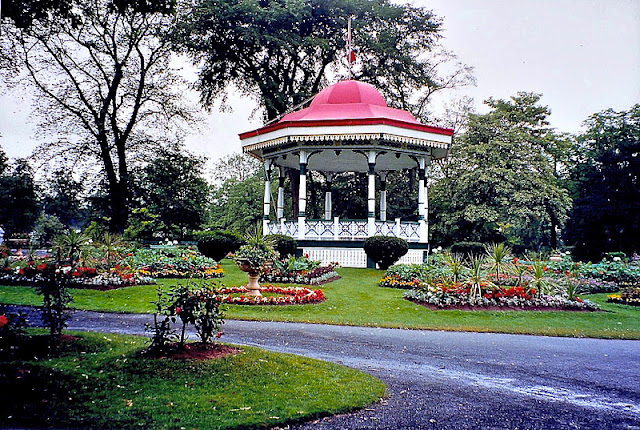 another of my snapshot photos - no digitals then
Halifax Park
Nova Scotia in the early 1990's resembled a life that we remembered ourselves from years ago. The people had perfect manners and politeness, in fact if you wanted to cross the road, a car would just stop and wave you over. The Park Keeper, wearing a uniform, would blow his whistle at youths riding their bikes, and they would immediately get off and walk with them. People attended church wearing hats and gloves - a world long forgotten in many places.
When H had finished at the university, my brother and his wife flew down from Toronto to meet us. We hired a car for a week and set off to tour Nova Scotia together. 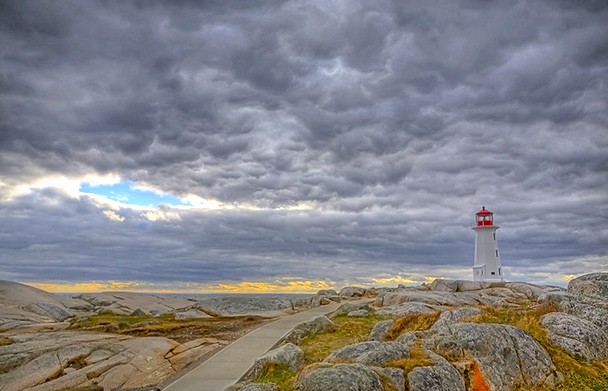 via wikipedia
The lighthouse at Peggy's Cove - one of the places we visited on our tour around Nova Scotia.
Continued in Part 2.
Addendum
Elisabeth Mann Borgese died in 2002. We both consider it to have been a great privilege to have met her. She was one of life's colourful characters, the sort of memorable person you come into contact with only rarely throughout your lifetime.
Posted by Rosemary at 09:07

Email ThisBlogThis!Share to TwitterShare to FacebookShare to Pinterest
Labels: Travel