Continuing Nova Scotia from Part 1
Once we had met up with my brother and his wife and picked up our hire car, we were all keen to go Whale watching.  We discovered that the best place to go was Brier Island. Getting there is complicated as it necessitates going on two small car ferries. We found ourselves a quaint  b/b near Digby Neck close to the first small ferry terminal, and set off after an early breakfast. We had not been able to book places so we hoped that if we got there first we would be in with a chance. The ferry went to Long Island where we then had to get another car ferry to Brier Island. It was our lucky day we all obtained tickets for the whale boat trip which would last several hours. 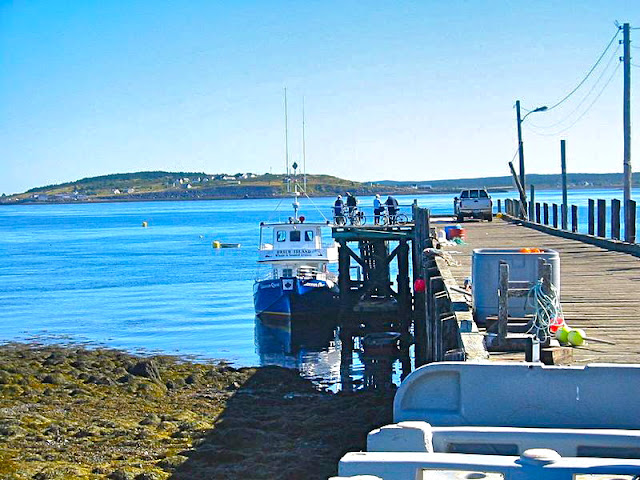 via wikipedia
Whale watching boat on Brier Island
We set off in a dense bank of fog it was really erie and sailed out into the bay for an hour without seeing anything. We could hardly see each other let alone see any whales. Suddenly we became aware of blowing water noises, and the captain of our ship said whales were nearby. We looked excitedly at each other, and just hoped that the thick fog would lift.

The captain told us that the Bay of Fundy is a summer feeding ground for many species of cetaceans (whales, dolphins and porpoises). The bay's strong tides drives nutrients to the surface, which feed the plankton, which then attracts schools of fish on which the cetaceans and birds feed.
Suddenly the fog parted, we sailed through it and out into a beautiful clear day. What we saw, I can only describe as a boiling, bubbling cauldron of sea. Lots of birds were sky diving, fish jumping, whales throwing up water spouts, we just did not know where to look first. As quickly as the activity started it completely died down. Someone asked the captain if there was any chance of seeing a humpback breach, which of course he could not answer. Just as we turned our gaze from him, a whale breached. Those at our end of the boat all gasped and those at the other end of the boat missed it!!! That was our one and only whale jump. 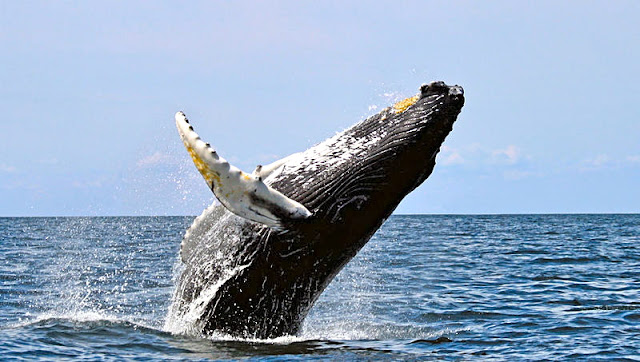 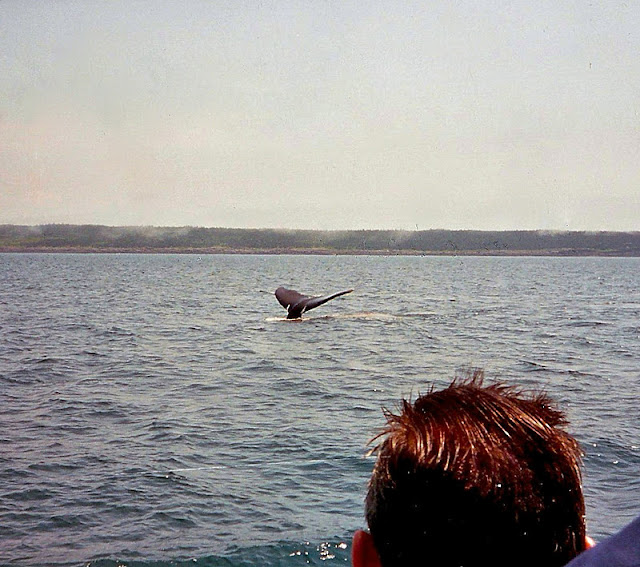 My sister-in-law managed to catch the tail of the humpback as it disappeared. 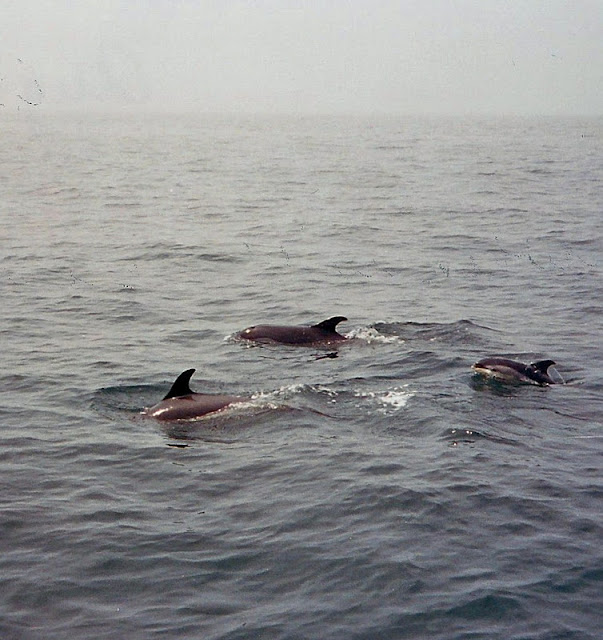 and she caught a delightful school of porpoises jumping in unison.
last two photos courtesy my sister-in-law
Posted by Rosemary at 10:06