Salisbury Cathedral from the Bishops Grounds - V&A, London
This painting was commissioned from John Constable by Dr. John Fisher, the Bishop of Salisbury in 1825. Constable included the Bishop and his wife admiring the spire whilst strolling along the footpath to the cathedral. 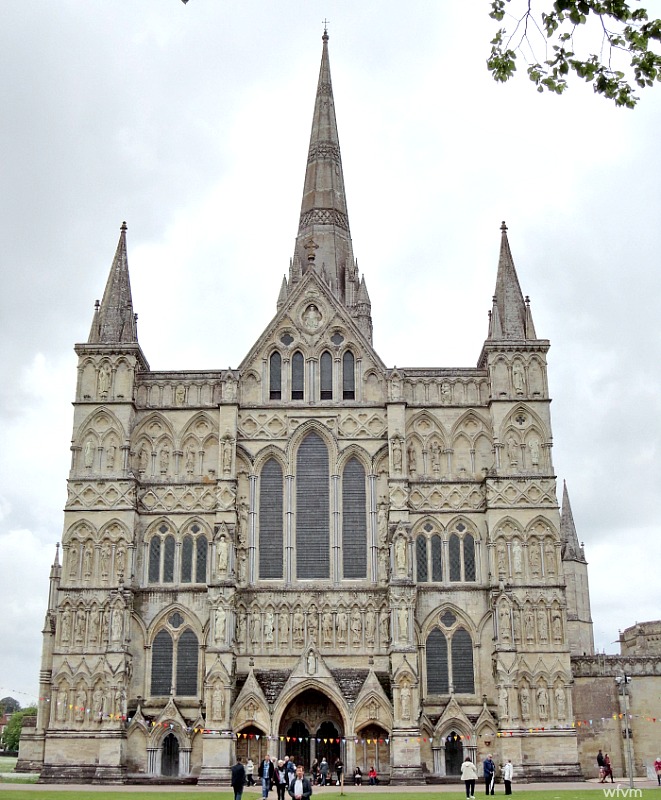 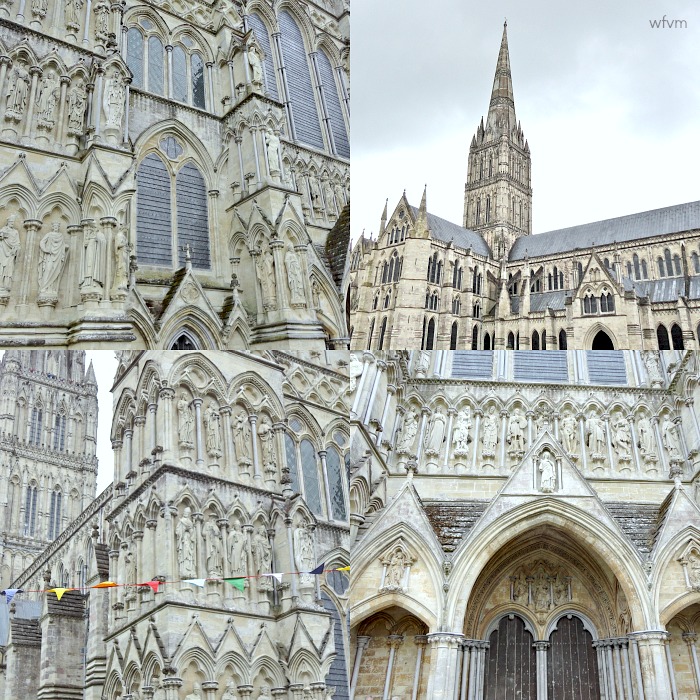 Salisbury Cathedral took 160 years to complete from its foundations in 1220 to the top of its massive tower. It is a beautiful example of Early English Gothic. The spire (123 m) is the tallest in Britain. It is the tallest 14th century spire, the tallest ashlar masonry spire, unlike the openwork spires of Germany and France, and the tallest spire that remains from the medieval period that has not been entirely rebuilt.

via
Old Sarum - Iron Age fort - there is evidence of human habitation here as early as 3000 BC
An earlier Norman cathedral was built in 1075 on the hilltop Iron Age fort of Old Sarum but abandoned during the early 13th century as a result of deteriorating relations between the clergy and the military. The move occurred during the tenure of Bishop Richard Poore, a wealthy man, who donated the land on which the cathedral now stands. Sitting on the Salisbury Plains it is just 1½ miles away from Old Sarum. Salisbury Cathedral is therefore very unusual in that it is built entirely in the Early English Gothic style and does not have any Saxon or Norman foundations or remains. 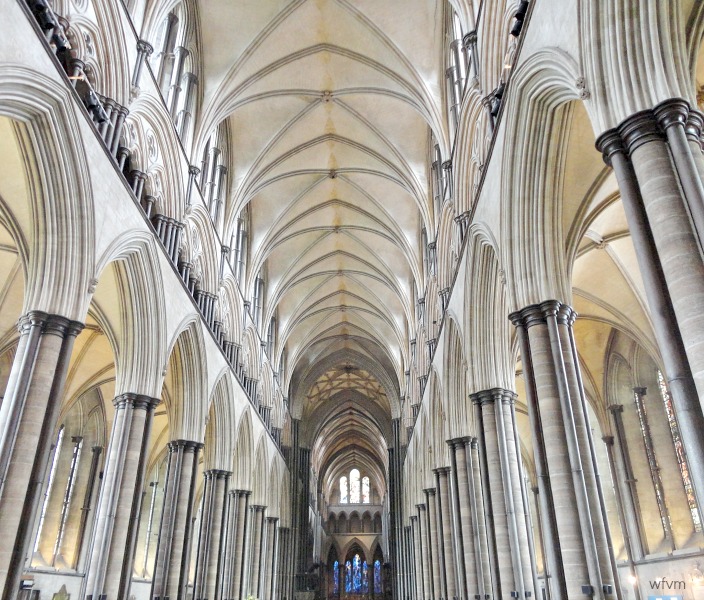 Looking towards the east down the central nave 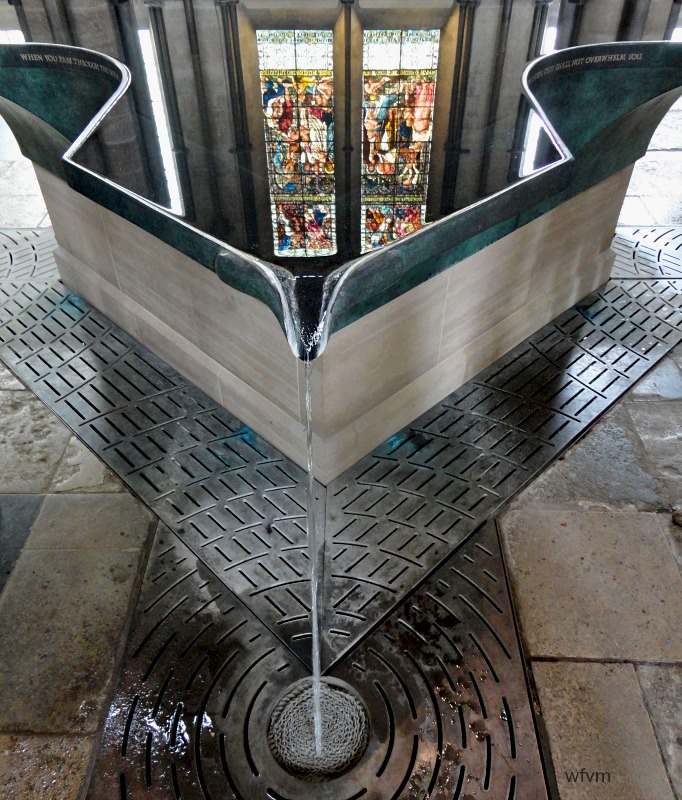 Contemporary baptismal font in the centre of the nave, a piece of water sculpture designed by William Pye

William Pye, has paid homage to the Gothic surroundings and given the font a cruciform shape, and although it is an extremely beautiful piece of water sculpture, for me, it does not sit comfortably with the rest of the building. The surface water in the font mirrors the cathedrals windows and stonework creating an impressive illusion. 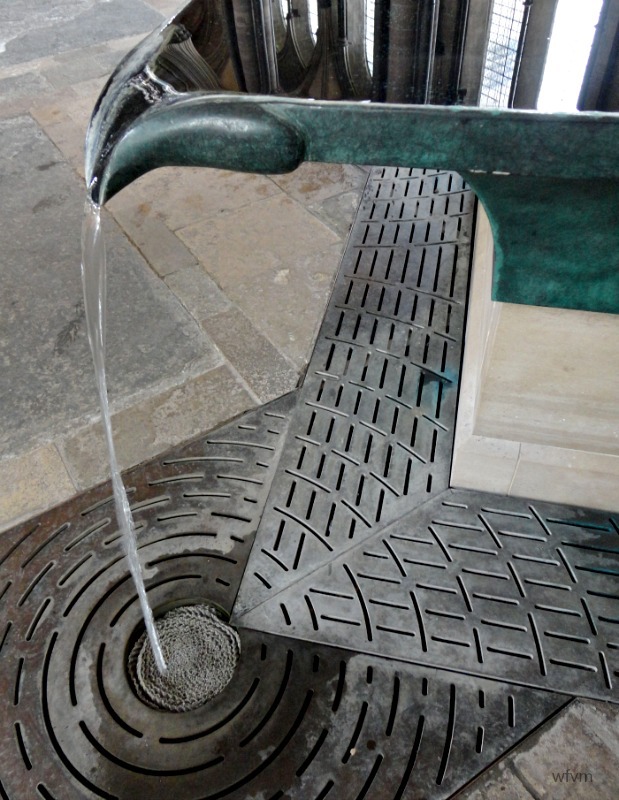 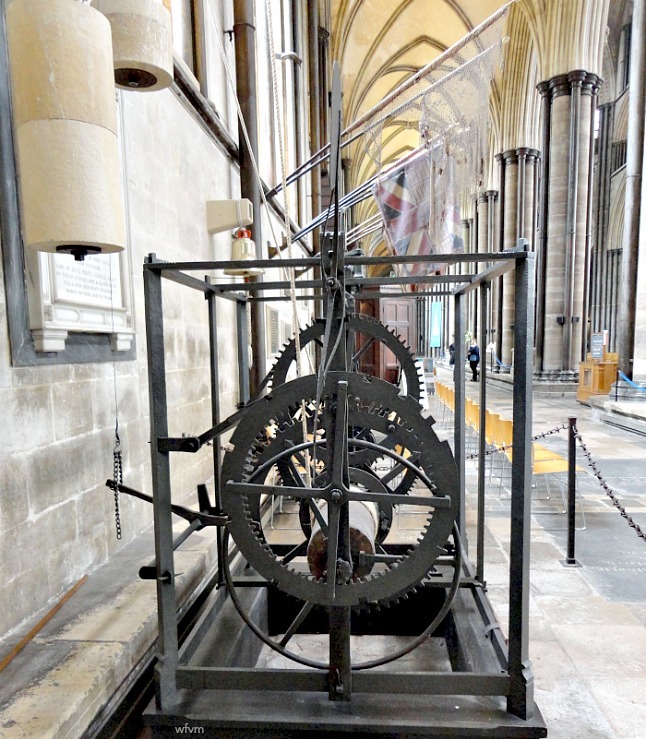 This medieval clock was made around 1386. It is thought to be the oldest working clock in existence - like all clocks from that period it has no face but strikes the hour on a bell located in the Cathedral's roof. 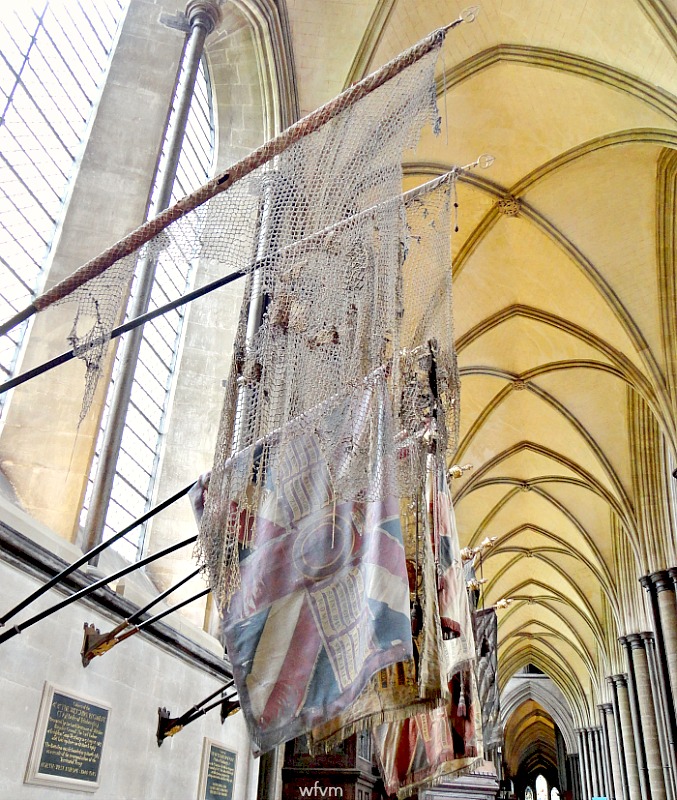 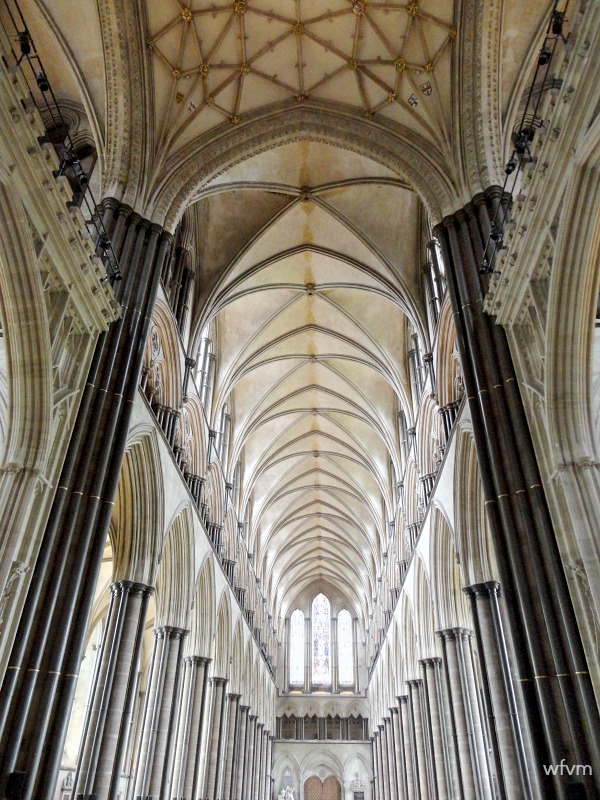 Looking down the nave to the west door from the crossing. Grey Purbeck marble pillars support stone pillars which carry the 6,500 tonne spire above 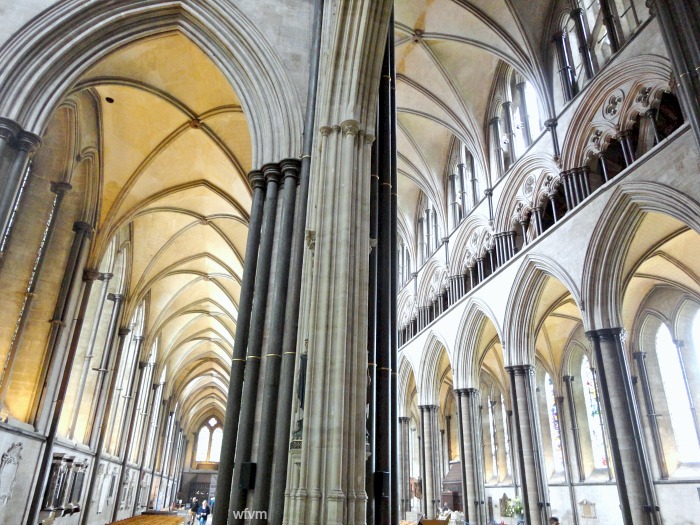 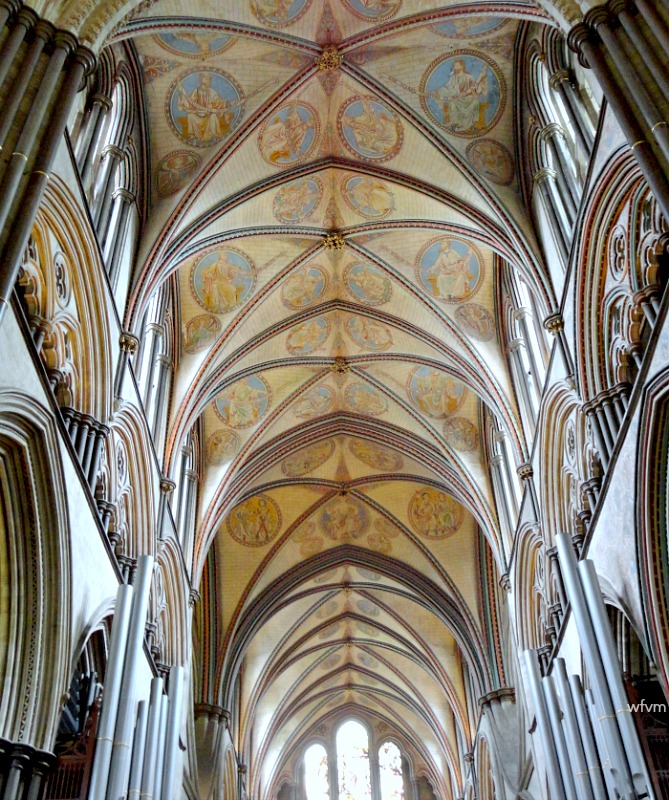 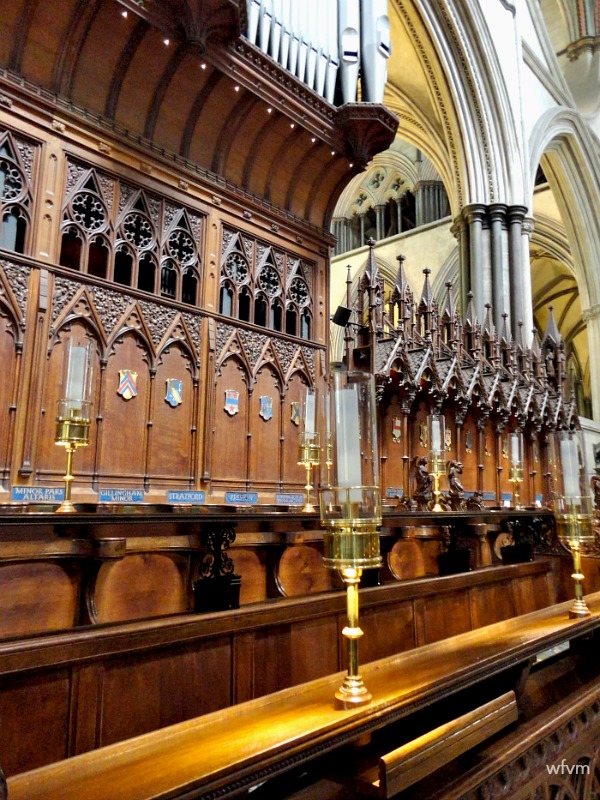 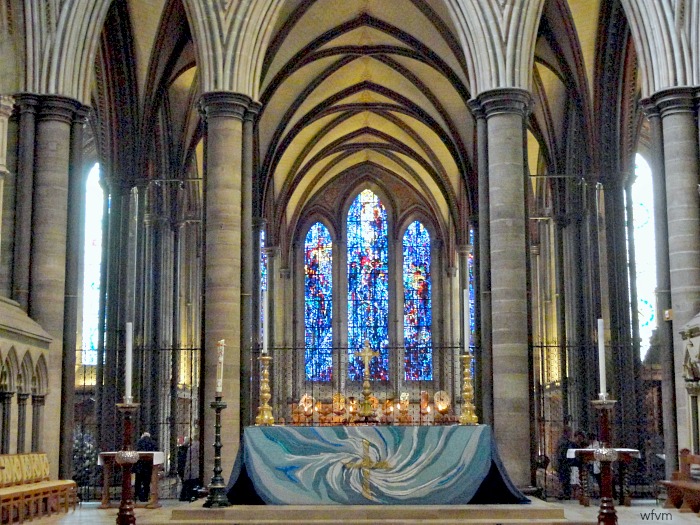 The high altar - a modern window created in 1980 by Gabriel Loire of Chartres, using the glass hues from the 13th century of deep blue, red, and yellow 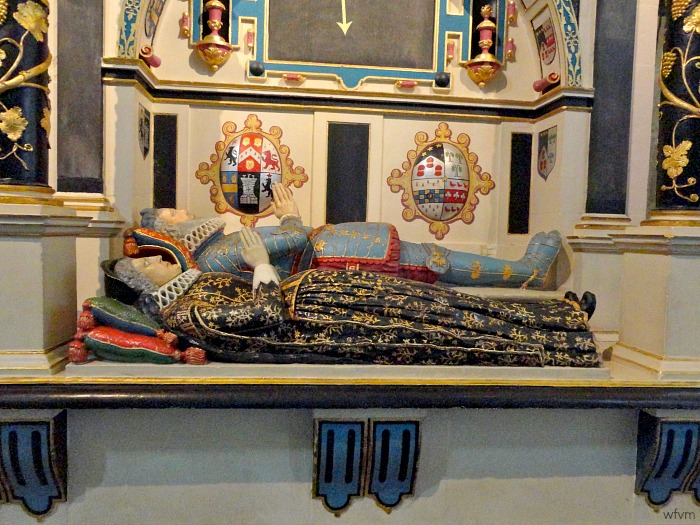 The colourful tomb of Richard Mompesson, Knight, and Dame Katherine, his third wife
It is said that the marble tablet above Richard was left blank in order that his sons could have inscribed noble thoughts about him after his death, but it still remains blank! 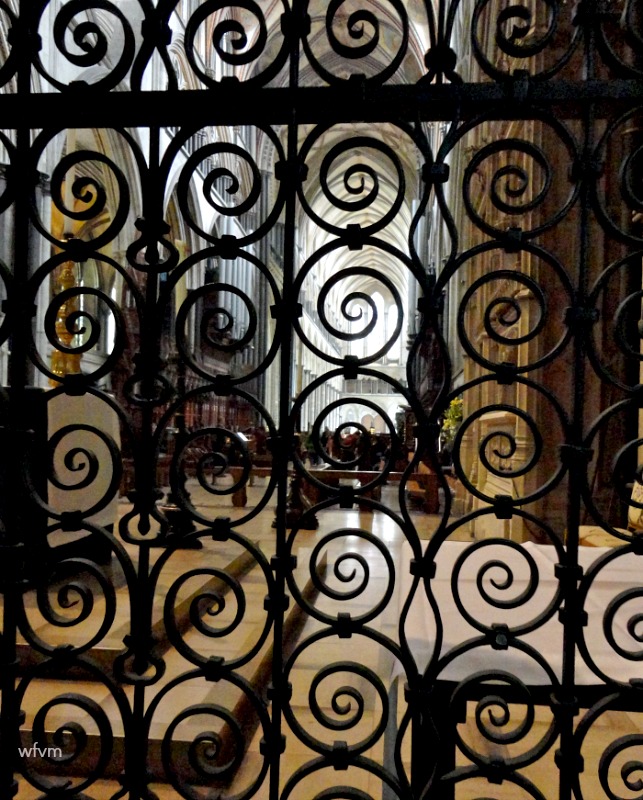 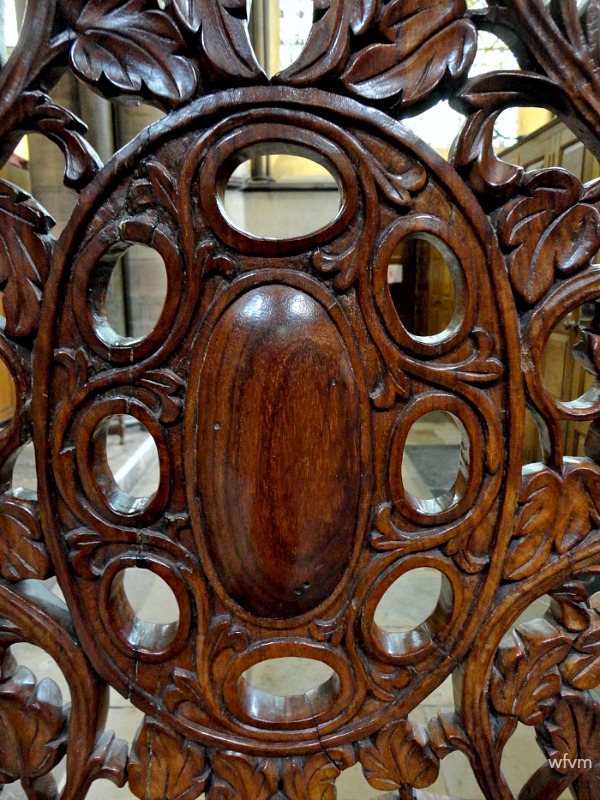 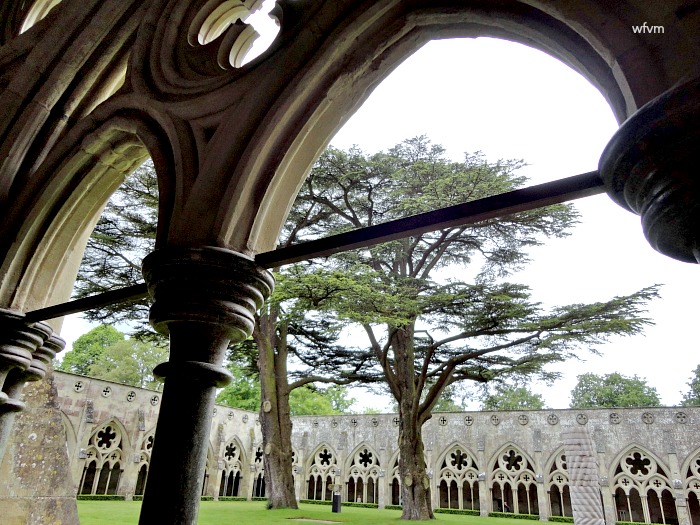 The cloisters lead to the chapter house - on display is the best preserved of only four original copies of the Magna Carta (1215) no photos are allowed
Posted by Rosemary at 11:15