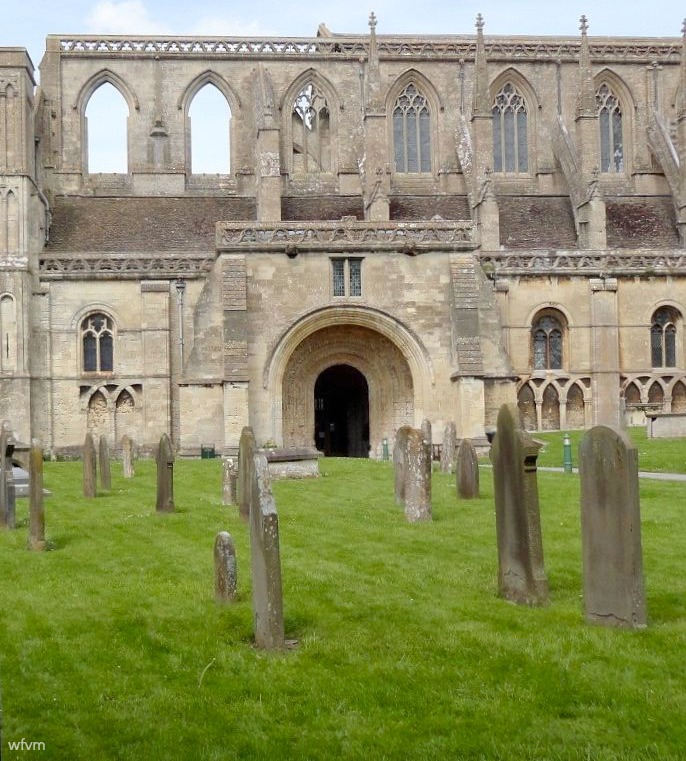 It would be impossible for me to visit  Abbey House Gardens and not include the Abbey itself. Malmesbury Abbey was built in 1170 AD but founded as a Benedictine Monastery in 676 AD. Much of the building was destroyed when its crossing tower collapsed in the early 16th century destroying both the crossing and the chancel. Then in the 17th century the Gothic west tower fell, taking with it the three west bays of the nave. However, enough of it still remains today for it to be the home of the local parish church. 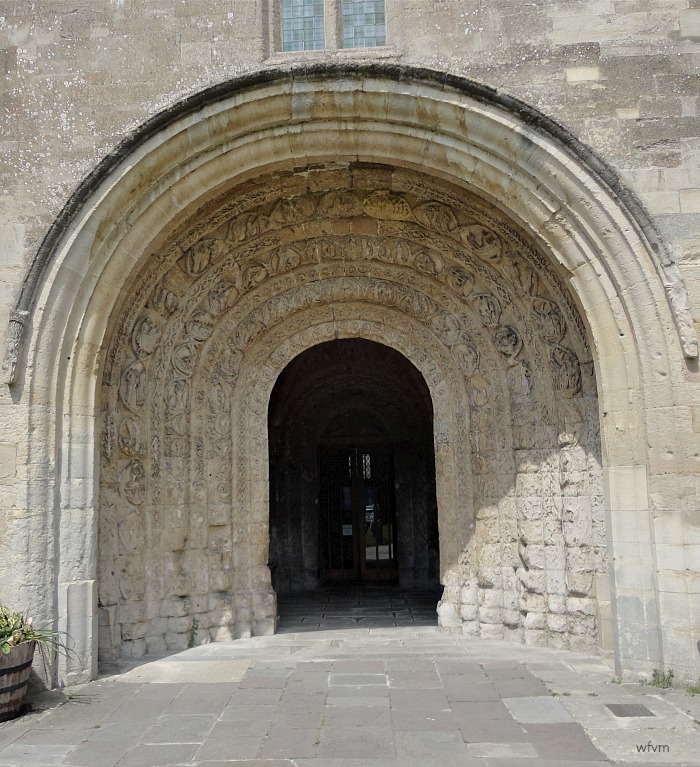 The large porch has within it some of England's most outstanding Anglo-Norman sculpture
The outer Norman portal has eight arches, including three of sculptured reliefs set in roundels. These depict the Creation, scenes from the old Testament, and the Life of Christ 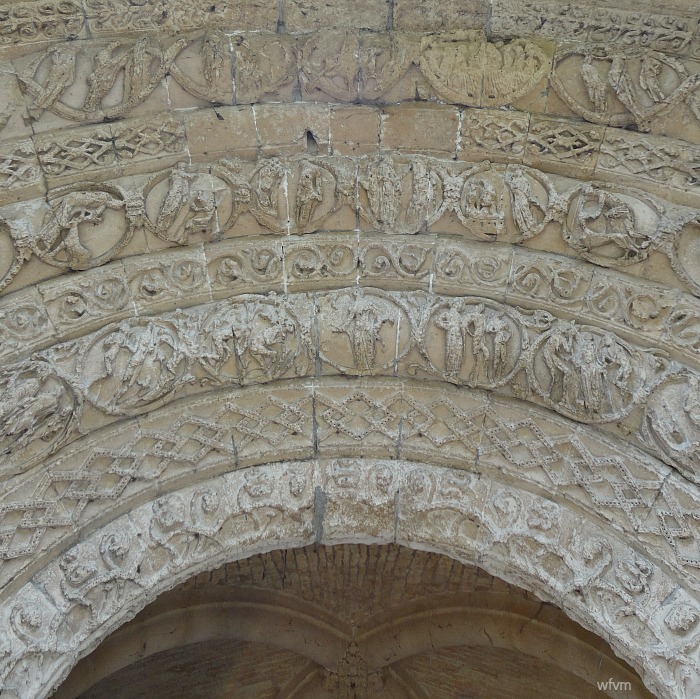 In its day it must have looked magnificent, now sadly degraded having being subjected to hundreds of years of weathering 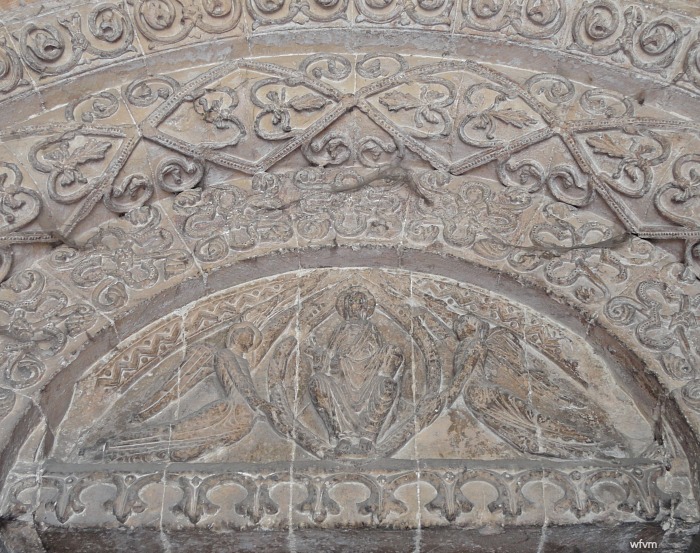 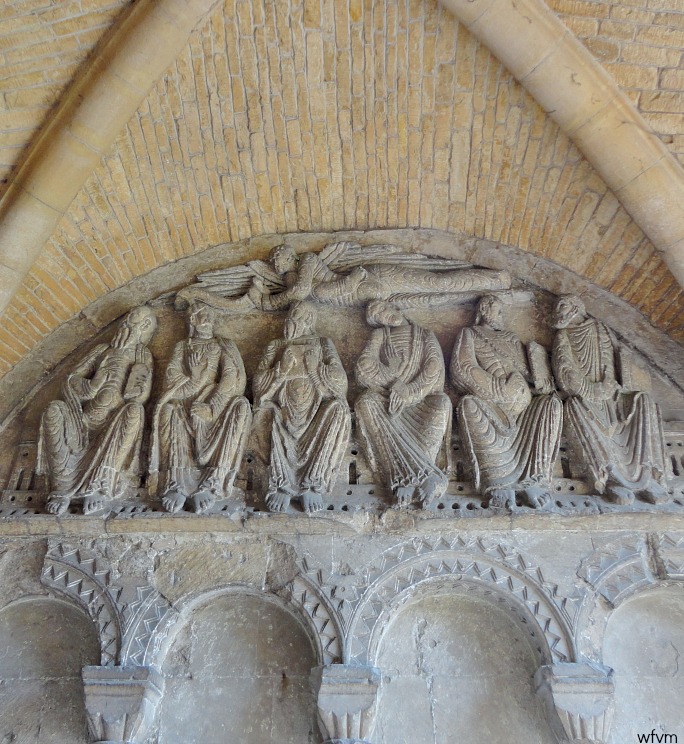 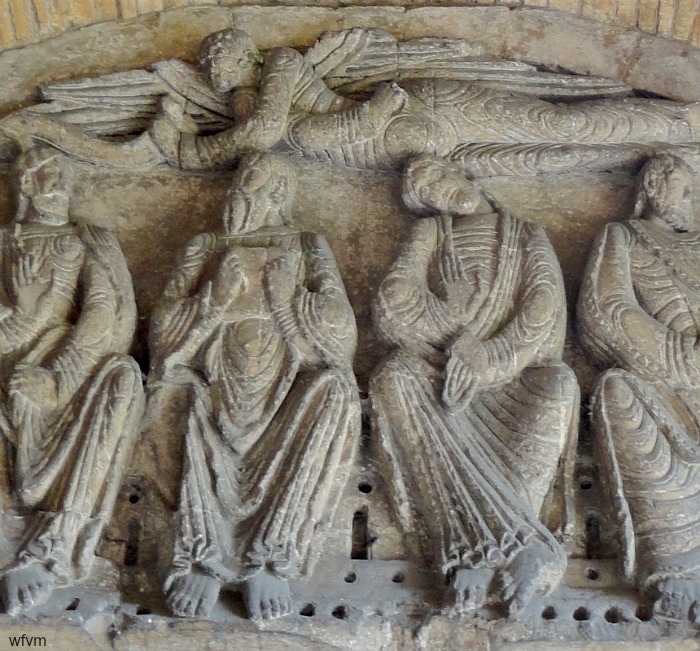 Most remarkable of all are the glorious carvings along either side of the interior walls of the porch. Each side showing six apostles at Pentecost, with an angel flying overhead 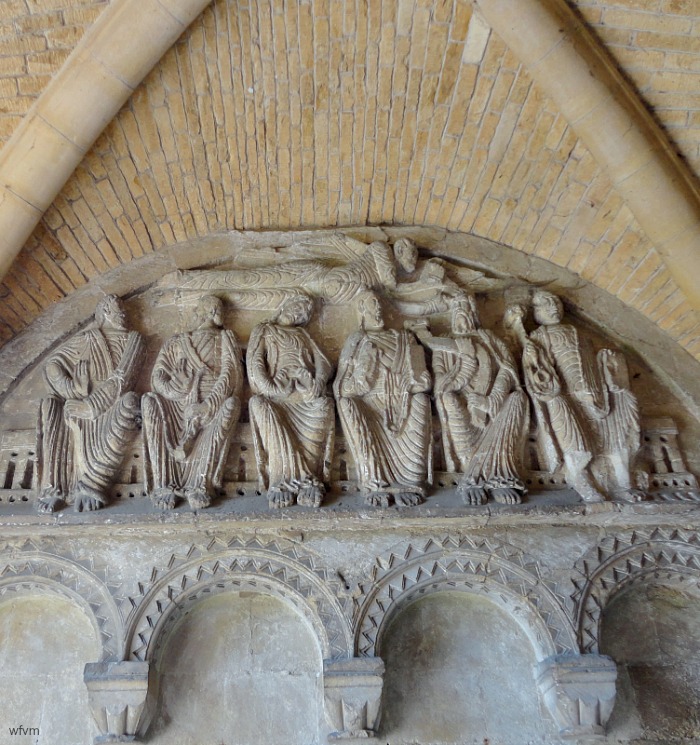 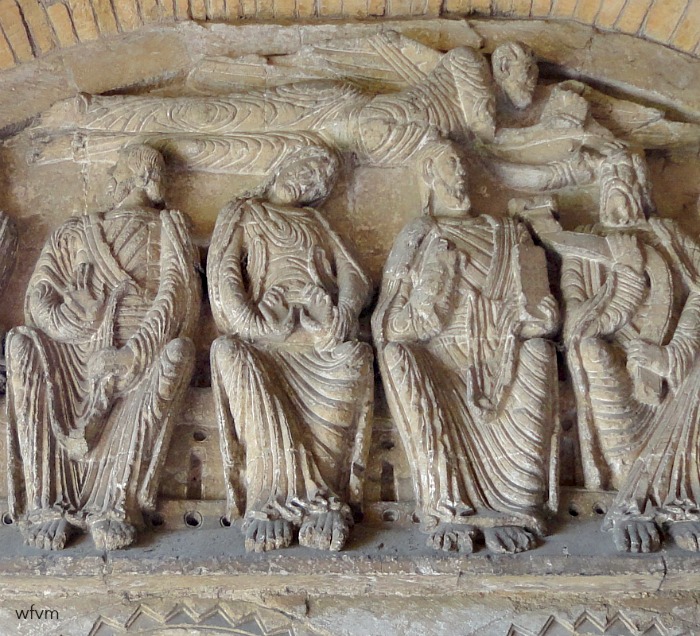 The 12 apostles are all shown seated in exaggerated poses with sinuous draperies. They are big highly expressive sculptures carved in situ, and are great treasures in what is now the local parish church of a small town 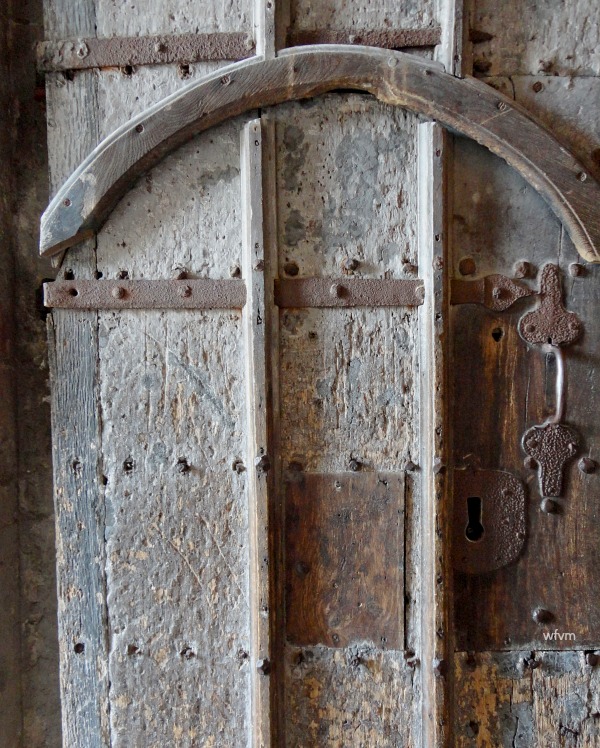 Inside further treasures are to be found 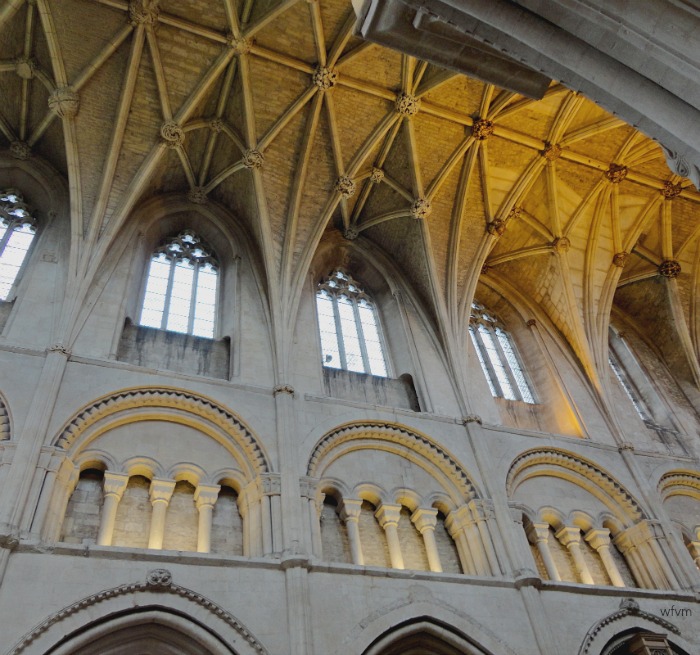 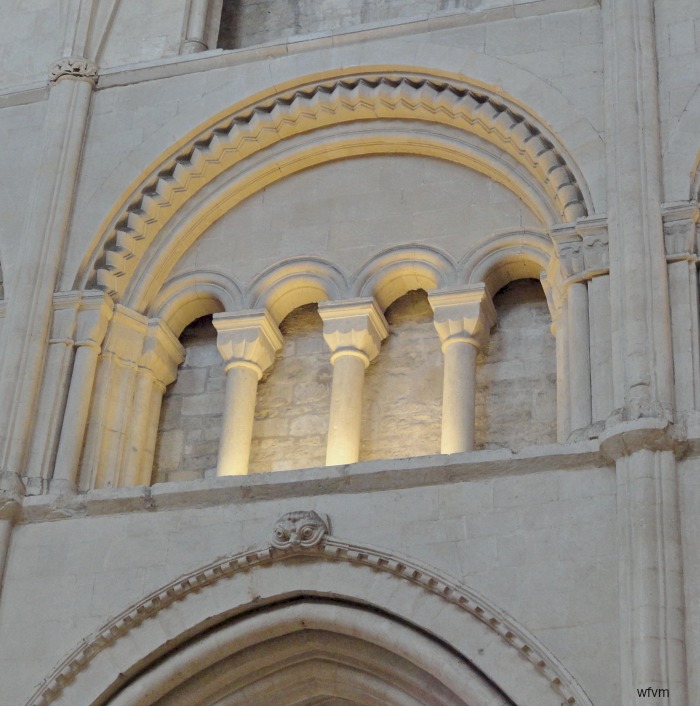 Beautiful Norman galleries - the arcading originally  would have been open 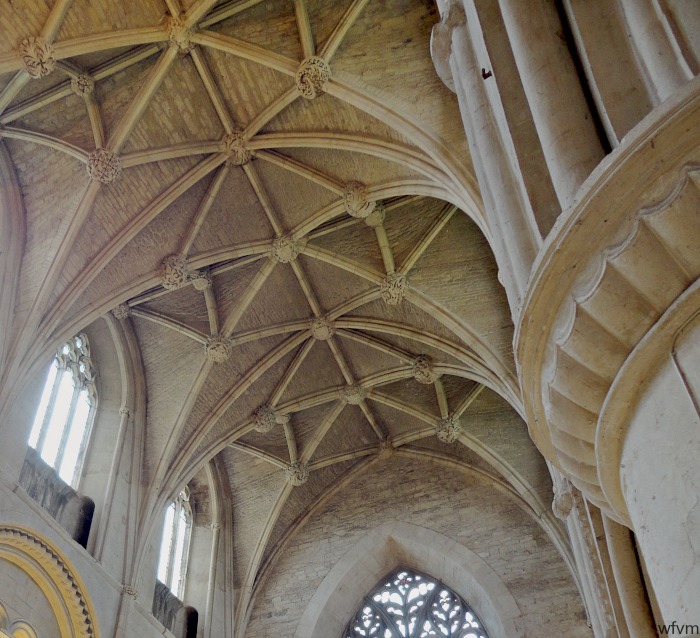 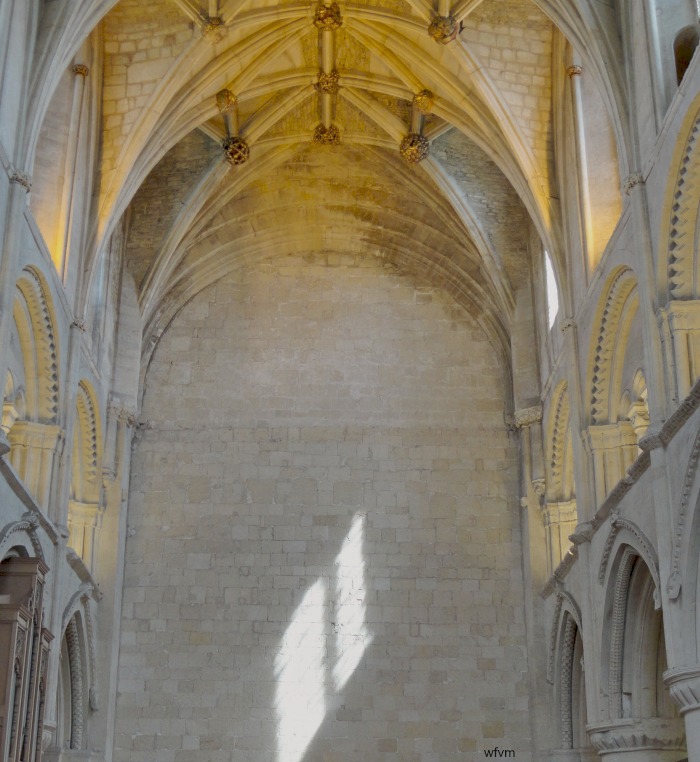 A celebration of both early and late Norman stonework 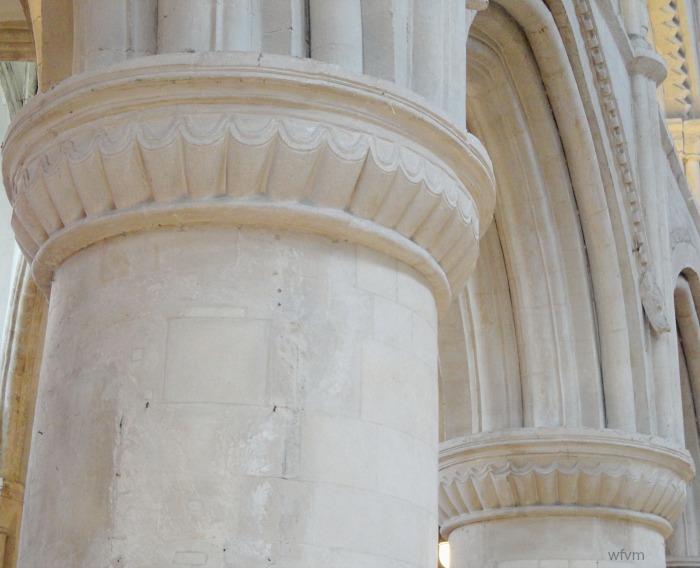 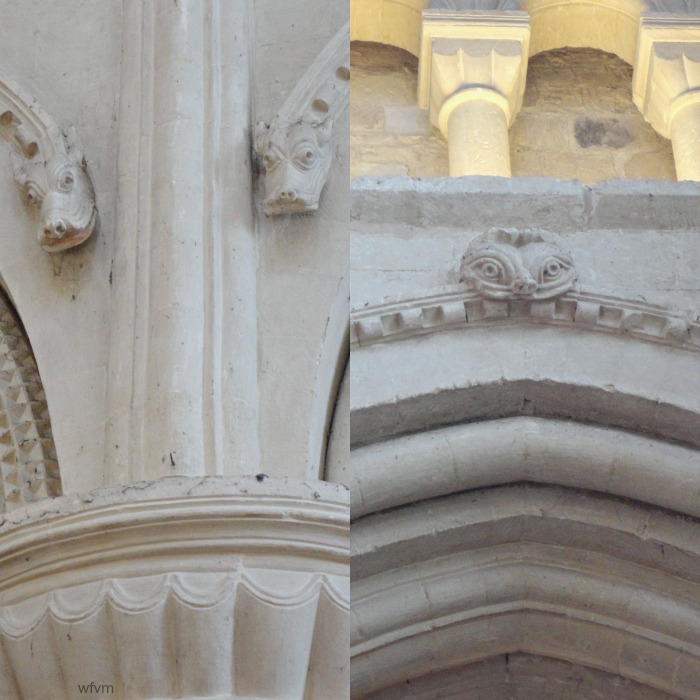 The lower arcades are late Norman. These show the period when Gothic builders worked on the abbey and added decorative details such as heads, naturalistic foliage, and pointed arches 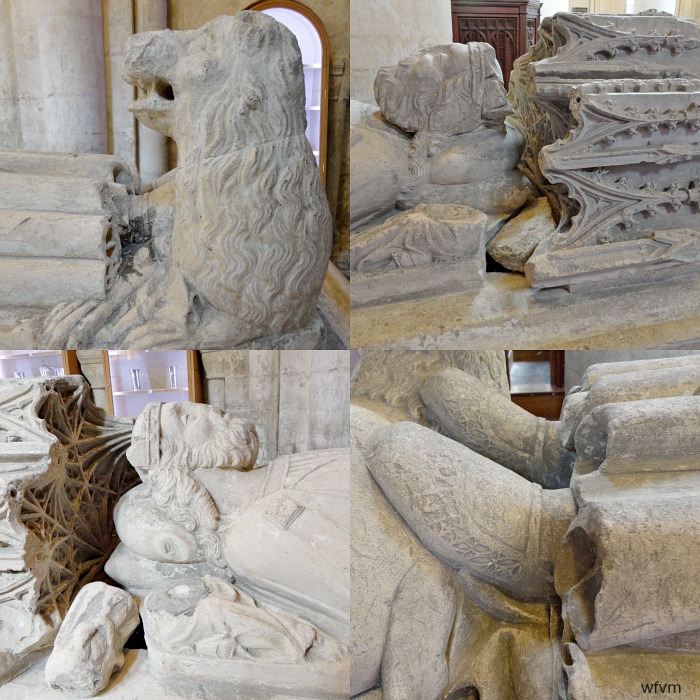 The abbey's proudest possession is the tomb of the Saxon King Æthelstan - died 939
Æthelstan 'the Glorious', grandson of King Alfred the Great
A great military and political leader he expanded his kingdom by winning battles, marrying off his half sisters and striking deals with other kings. By 927 AD he had united and created the kingdom of all England, then ten years later he led his English and Welsh forces to a decisive victory over the Scottish, Danish, Norse and Irish at the great Battle of Brunanburh. His coins were inscribed with the words "Ruler of the whole of Britain". 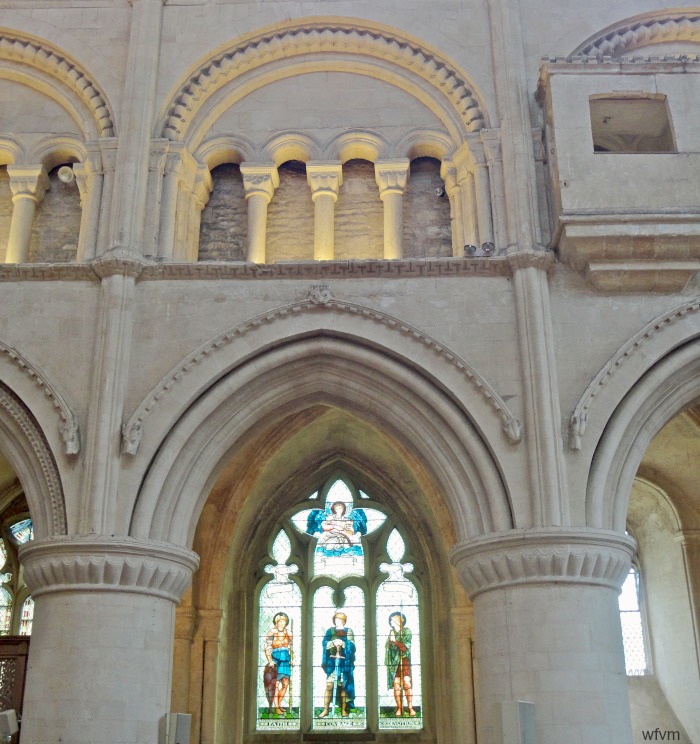 Looking down from the south gallery and resembling  an opera box is an abbot's oratory. The window is by Morris & Company 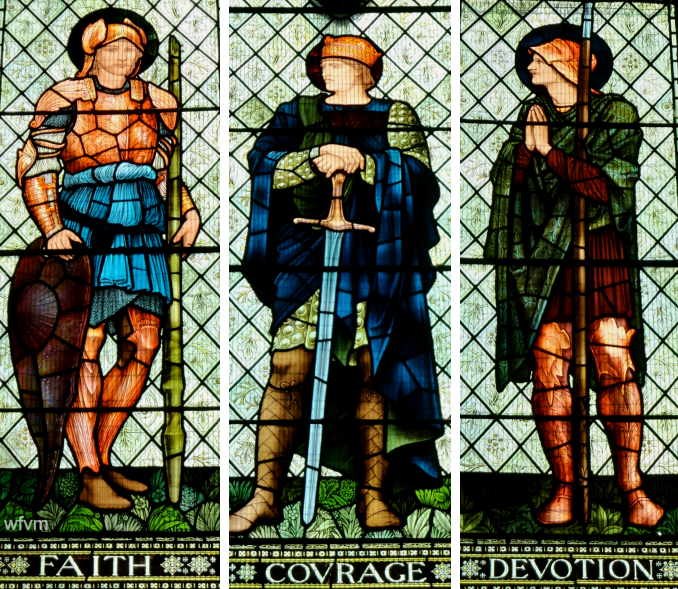 The figures were all designed by Sir Edward Coley Burne-Jones for an earlier Morris & Company window. It commemorates 2nd Lieutenant William Scott Luce who, aged 20 years, was killed in action at Diamond Hill, South Africa during the second Anglo-Boer War. 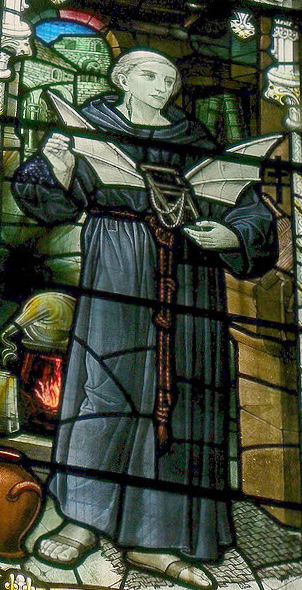 England's earliest aviator - Elmer - the 11th century flying monk.
He made himself wings, and took off from one of the abbey towers. In his youth he had read and believed the Greek fable of Daedalus. He made himself a pair of wings for his hands and a pair for his feet. He flew for a furlong (201 metres) if you can believe that, but agitated by the violence of the wind, the swirling air, and awareness of his rash attempt, he fell, broke both his legs and was lame for ever more. He blamed his failure on forgetting to provide himself with a tail!!! 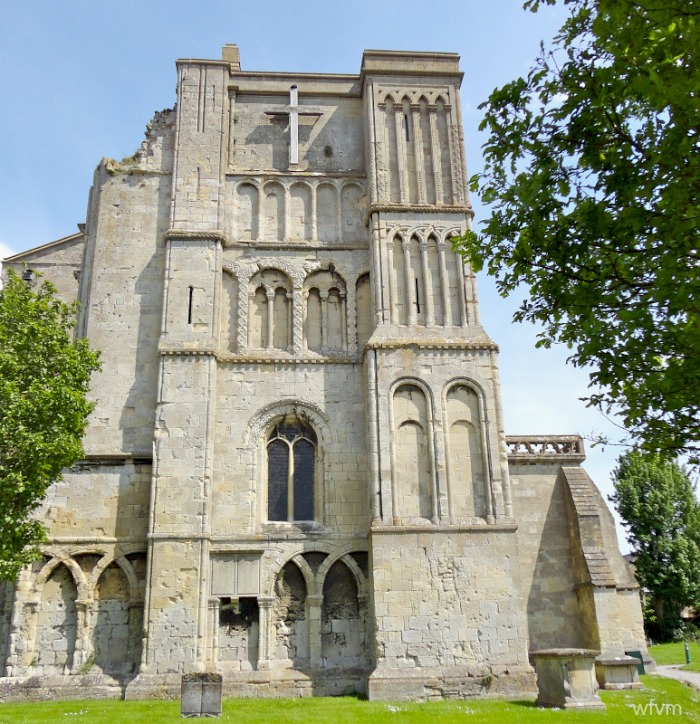 In the 11th century the abbey contained the second largest library in Europe and was considered one of the leading seats of learning. As a religious centre it rivalled both Canterbury and Winchester and had a continuous history from the 7th century to the Dissolution of the Monasteries.  Fortunately Henry Vlll spared the abbey any further damage during the dissolution.
Posted by Rosemary at 09:30