Sculpture in the round at Gloucester Cathedral 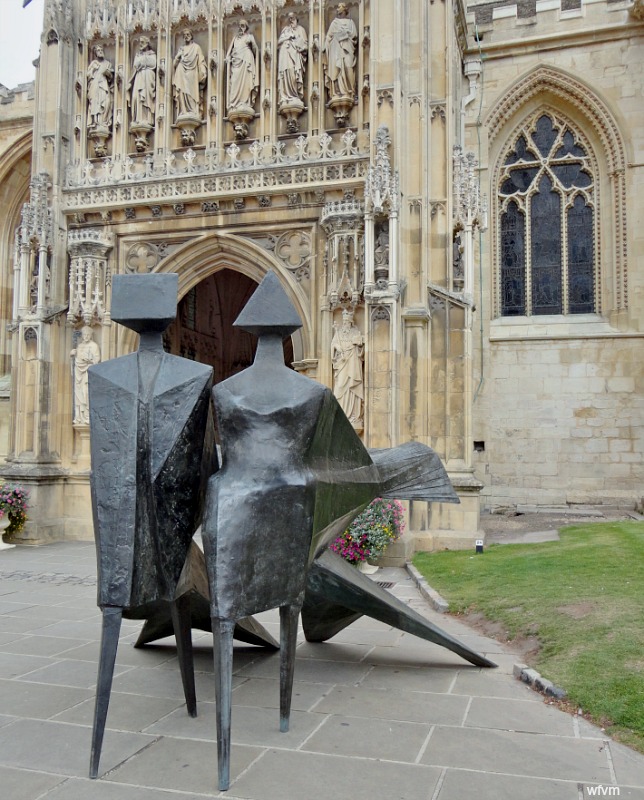 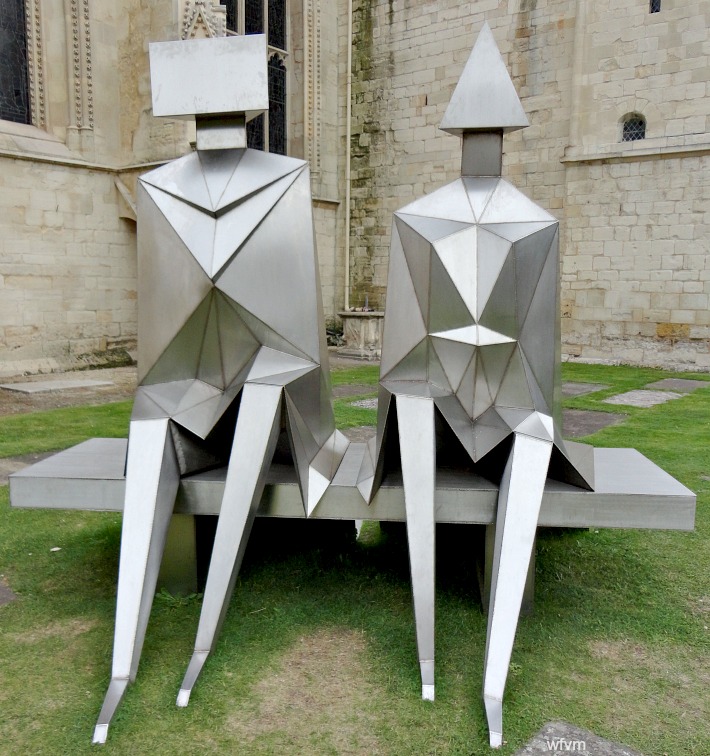 Sitting couple on bench - Lynn Chadwick
Lynn's works are in most major collections, MoMA, The Tate, George Pompidou. He owned an historic manor house in the hills near to where I live, and filled the park surrounding the house with his large sculptural works. It is now the home of his son, Daniel, who is also a sculptor 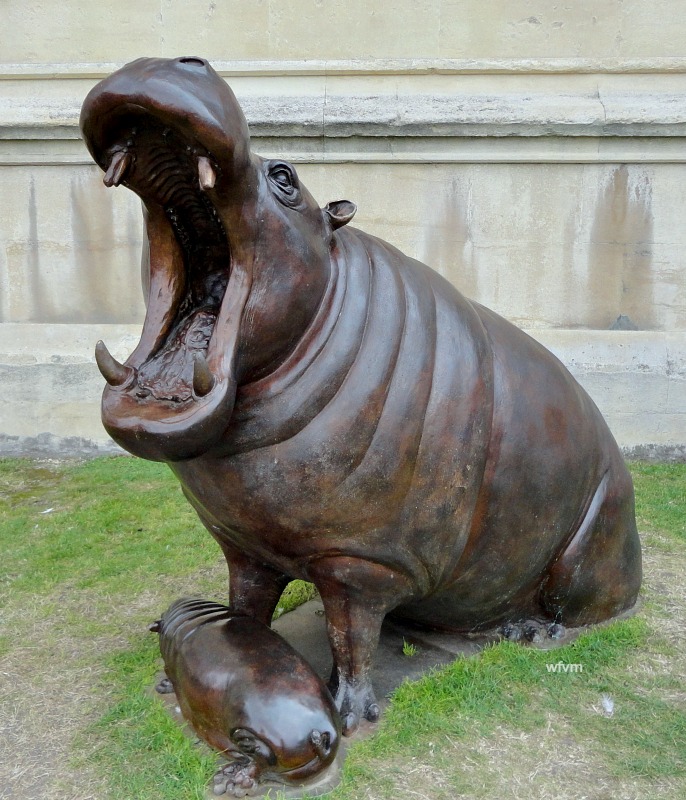 H came home from a meeting last week having caught sight of this hippo and suggested that I might enjoy a visit - I wonder why? 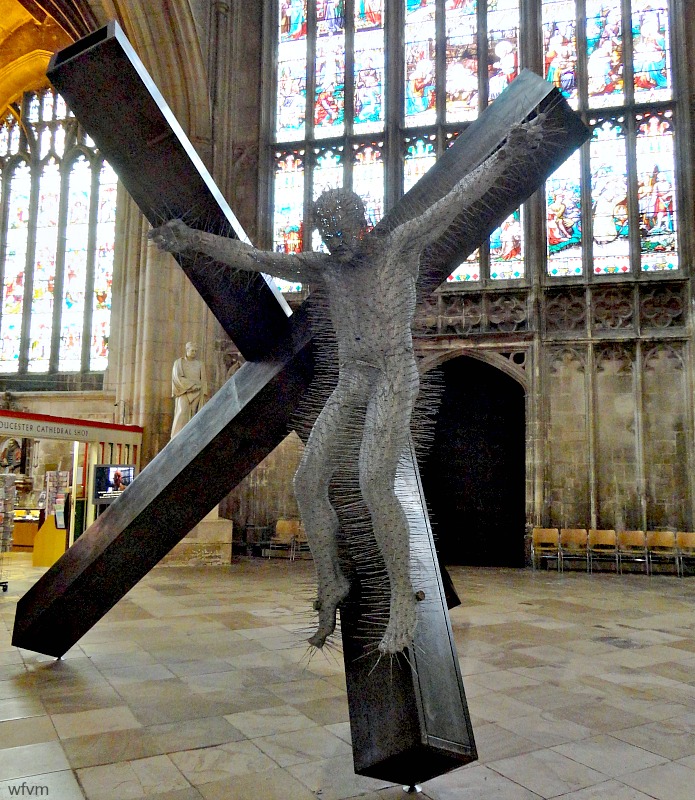 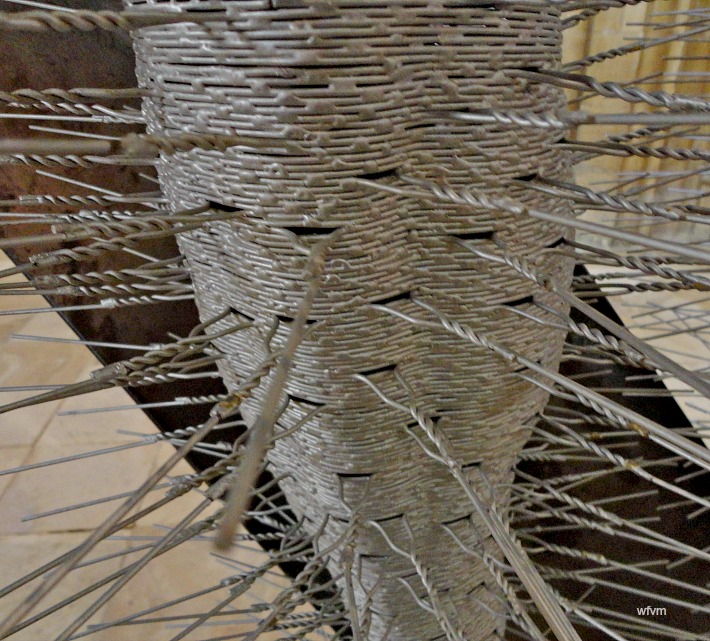 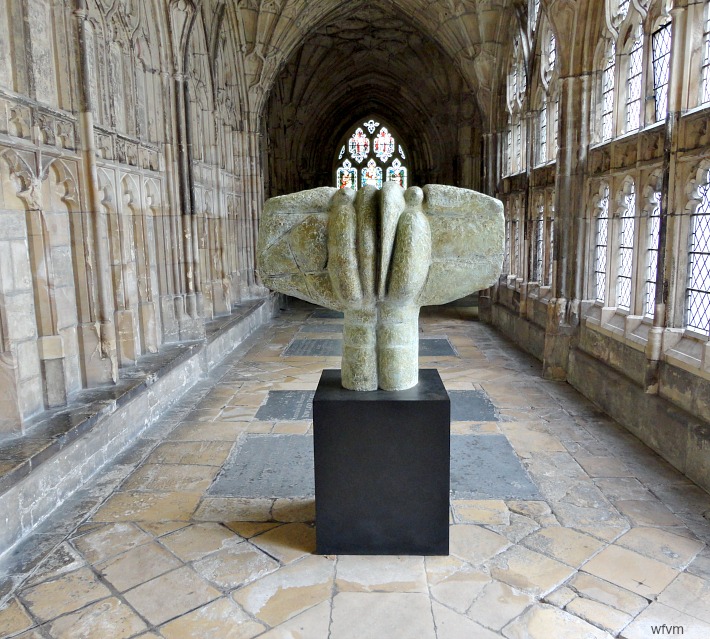 Pomona - R. Brown
This cloister may be familiar to Harry Potter fans - it has featured in all the films 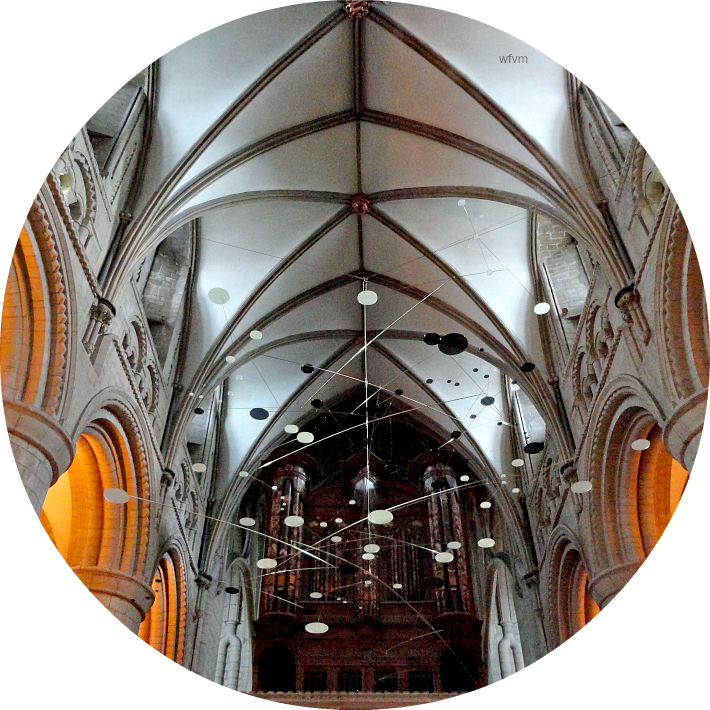 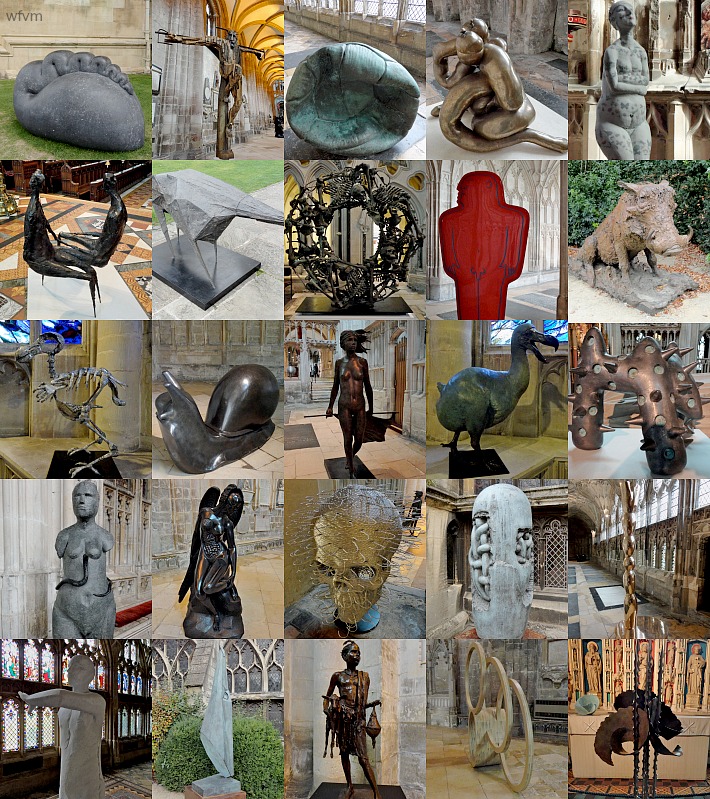 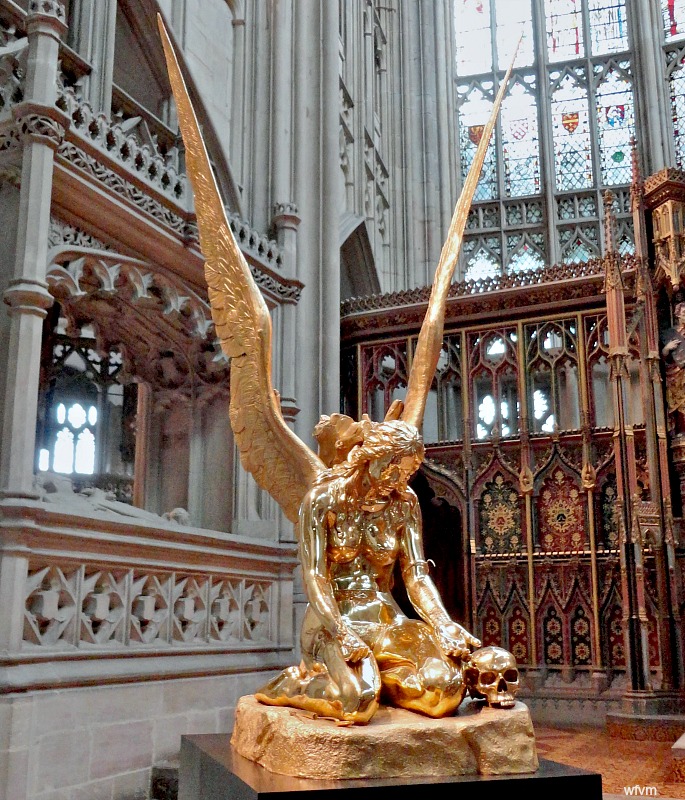 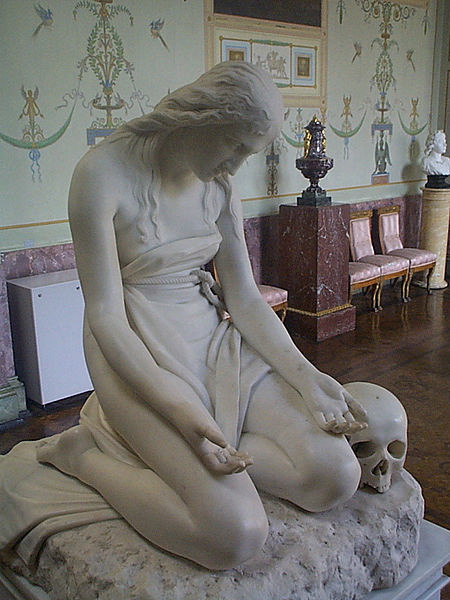 via
No descriptions regarding the sculptures were given, and it was not until I was back home viewing the images on the computer that I realised the Fallen Angel was in fact a drug abuser 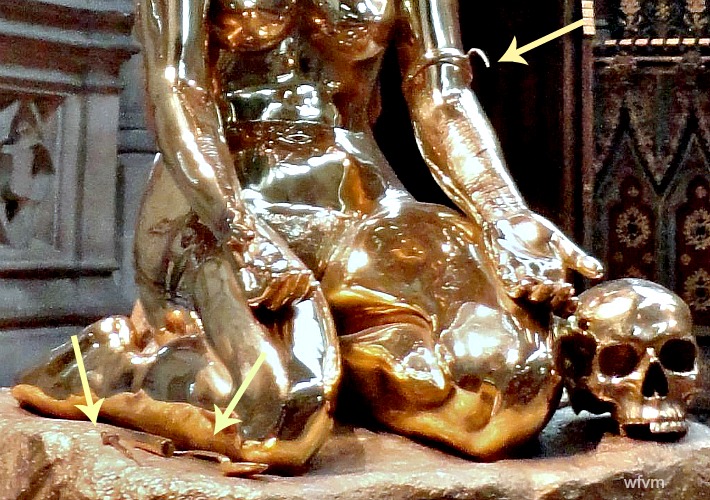 I wonder if it is made of solid gold? Hirst's platinum skull was covered in 8,601 diamonds!!! 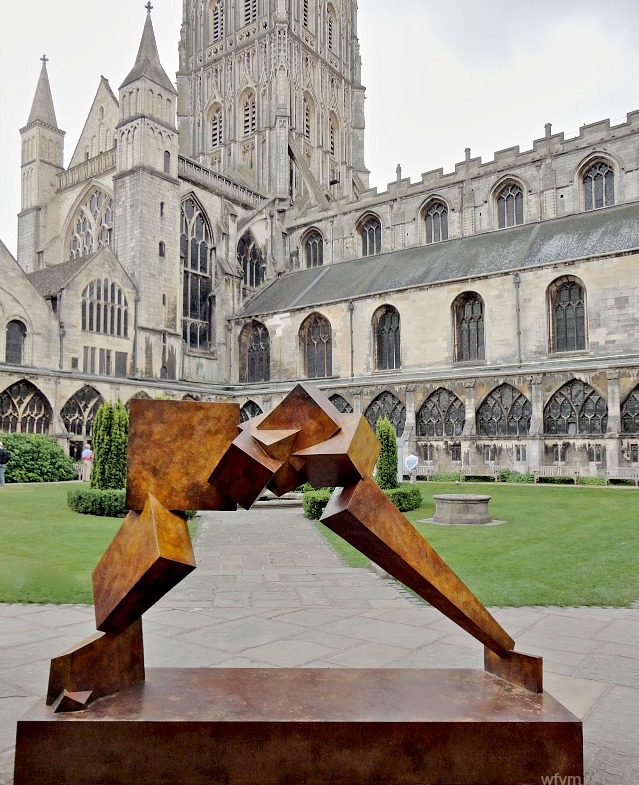 Breakout ll - B. Beasley
I leave you with what I consider to be two surreal heads by J. Humphreys 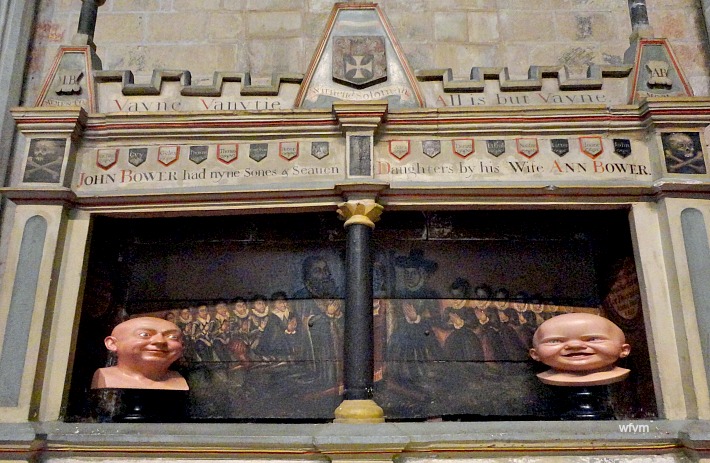 On the left Ipsius Imago a Letere Extensa and on the right Baby Jesus
I found these two heads slightly scary - was it due to their juxtaposition with John and Ann Bower's tomb?
The exhibition is free and runs until the 21st November.
Posted by Rosemary at 10:08