A pair of French gilded scissor glasses in the Empire style c. 1805

I was surprised to discover that the earliest historical reference to magnification for the eyes dates back to 500 BC where Egyptian hieroglyphs depict a simple concave glass lens. The earliest written record of magnification was during the 1st century AD, when Seneca the Younger, a tutor to Emperor Nero of Rome, wrote: "Letters, however small and indistinct, are seen enlarged and more clearly through a globe or glass filled with water." Nero is apparently said to have watched gladiatorial games using an emerald as a corrective lens.
Has it ever crossed your mind how devastating it must have been in the past to cope with failing eyesight without any means of restoring it? For the common man and women no aids were available. Imagine being a skilled workman - jeweller, stonemason, carpenter, a needlewomen, or an artist relying on your eyesight to earn a living. We, on the other hand, can just pop into an Opticians on any high street and be examined for a pair of prescription glasses or even buy a pair of cheap everyday reading glasses straight over the counter. 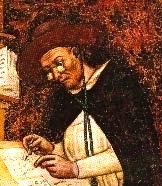 detail from a portrait of Hugh de Provence 1352 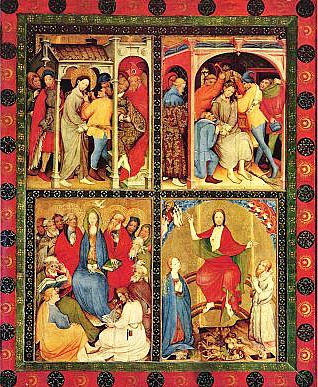 One of the panels from an altarpiece in Bad Wildungen Church, Germany showing an apostle using lenses to read - he is in the bottom panel on the left hand side.
Known as the "Glasses Apostle" and painted by Conrad von Soest in 1404. It is considered to be one of the oldest depictions of eyeglasses north of the Alps.
St. Peter reading - Friedrich Herlin - 1466 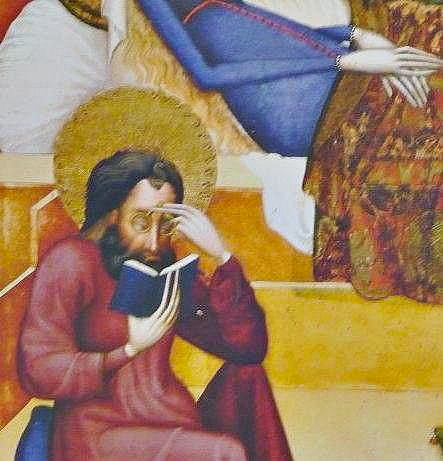 Seated apostle holding lenses in position whilst reading. Detail from Death of the Virgin by the Master of Heiligenkreuz 1400-30 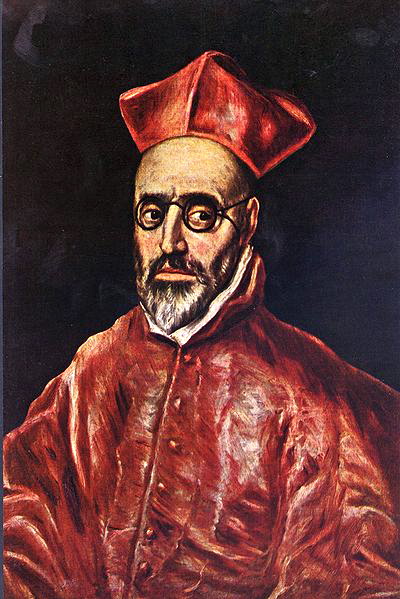 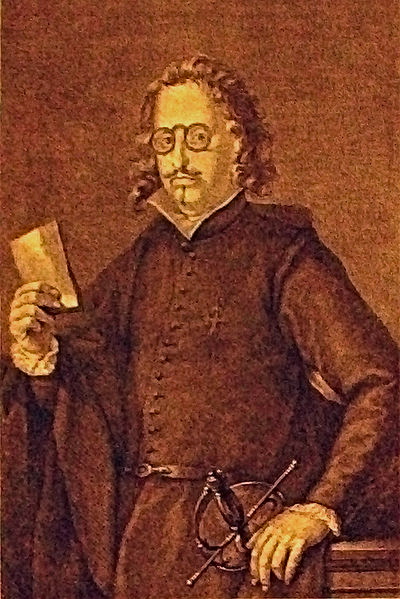 Portrait of Francisco de Quevedo y Villegas circa 1580 - 1645
Today it is possible to wear contact lenses and have laser corrective eye surgery. However, glasses tend to remain the norm for most people, particularly as technology has improved. Modern glasses can be a fashion statement by familiar names e.g. Calvin Klein and Gucci frames. Frames can be made from memory metal alloys that return to their correct shape after being bent, and most are now made of light weight materials such as titanium and high tech plastics.
all images via
Posted by Rosemary at 10:11