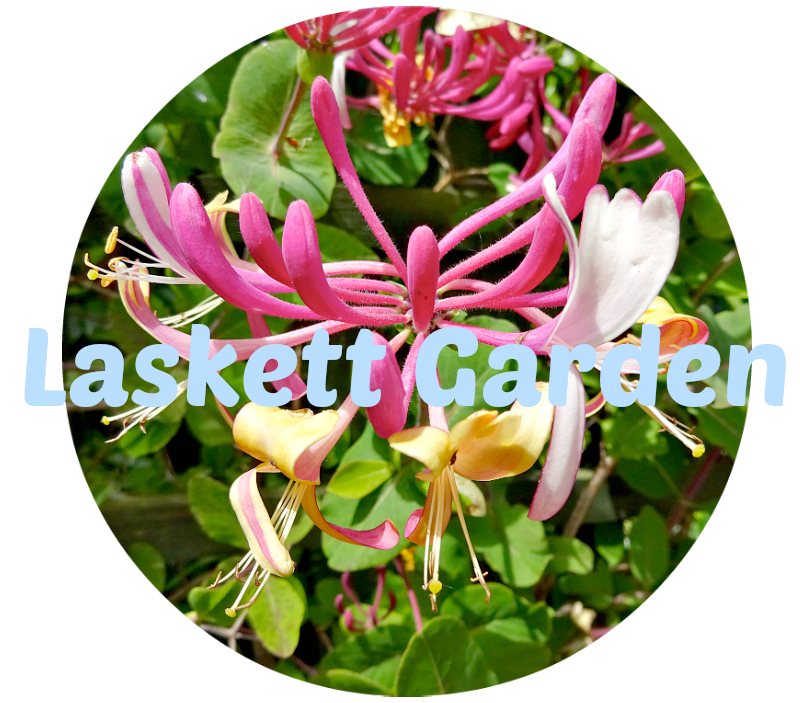 To understand this garden it is important to know something about the two owners. It is a deeply personal space created by Sir Roy Strong and his late wife Dr Julia Trevelyan Oman reflecting their lives, loves, interests and careers 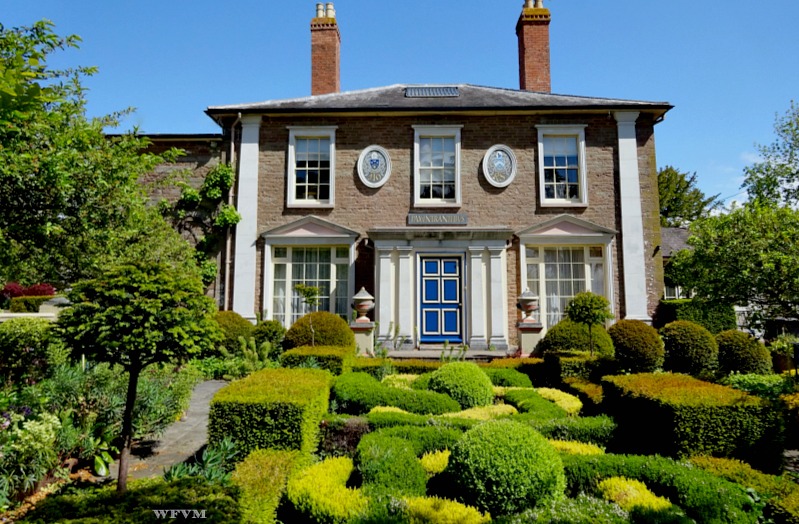 Following their marriage in 1973, they purchased this early Victorian house set on the corner of a four acre triangular plot in Herefordshire, the land amounted to nothing more than a field 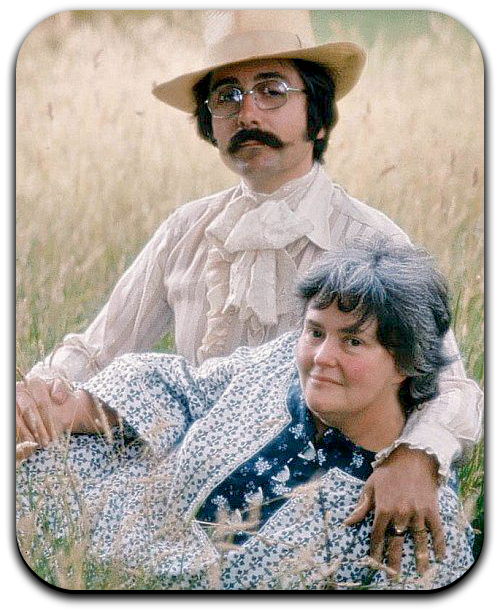 via
Sir Roy Strong joined the National Portrait Gallery in 1959 and became its Director in 1967. In 1973 around the time of their marriage he became the Director of the Victoria & Albert Museum, a post which he resigned in 1987 to pursue a freelance career in the media and as a writer. Julia was a renown film, theatre and television designer and her understanding of the use of perspectives is evident throughout the garden - Laskett is very flamboyant and highly theatrical. 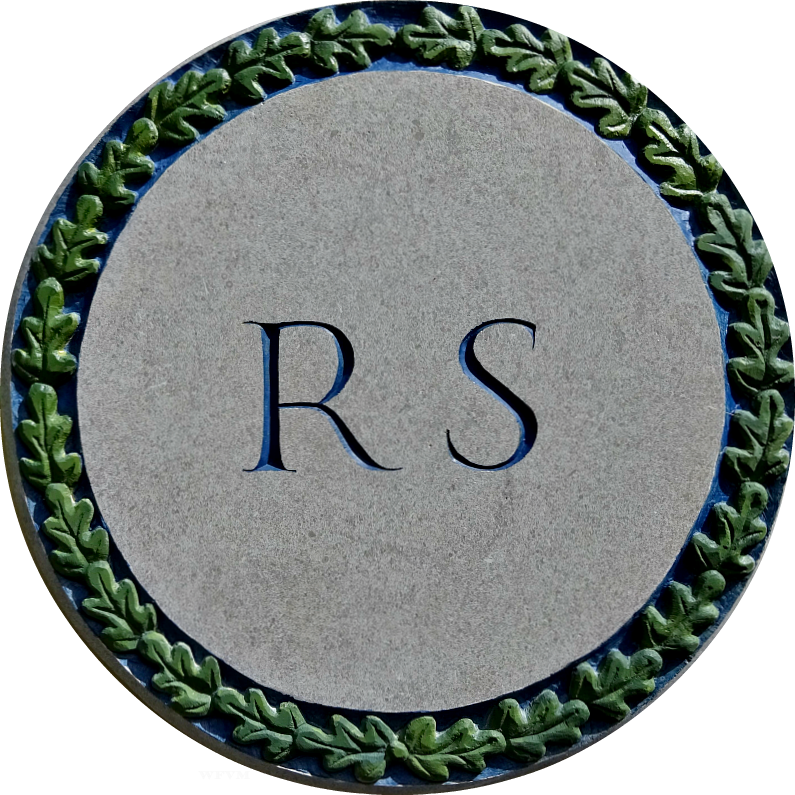 From the entrance pillars that lead you into the garden to the last exit it is obvious whose garden is being visited! It provokes strong feelings amongst visitors - love, not sure, or even dislike. 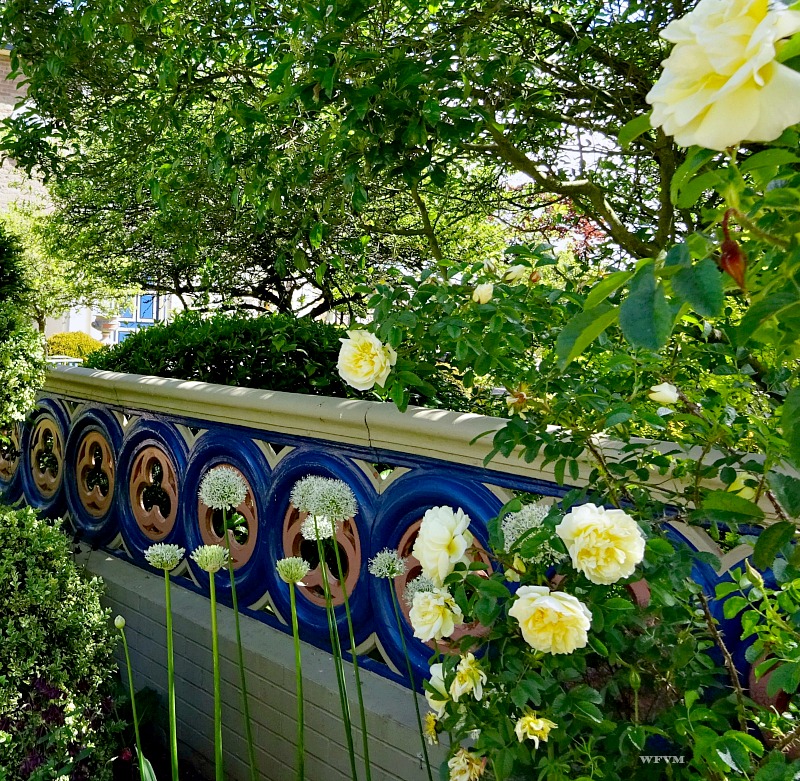 It is not possible to visit the garden as an individual. Admission to the grounds is open to groups of 20 or more only, one in the morning and one in the afternoon for 2 days per week - I went with my Fine Art Society 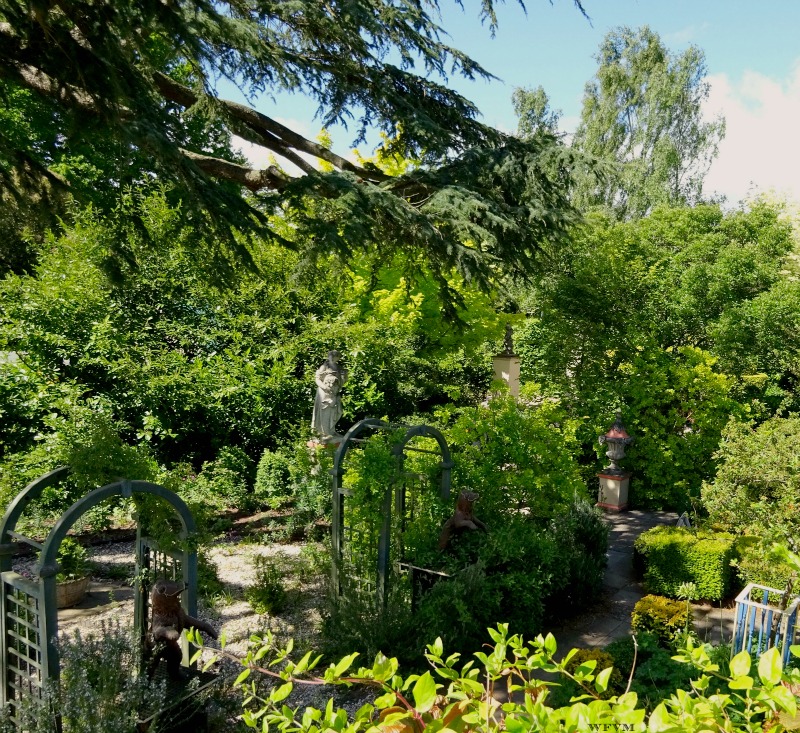 My feelings are that a garden does not have to be 'one size fits all' or conform to any particular stereotypical style. 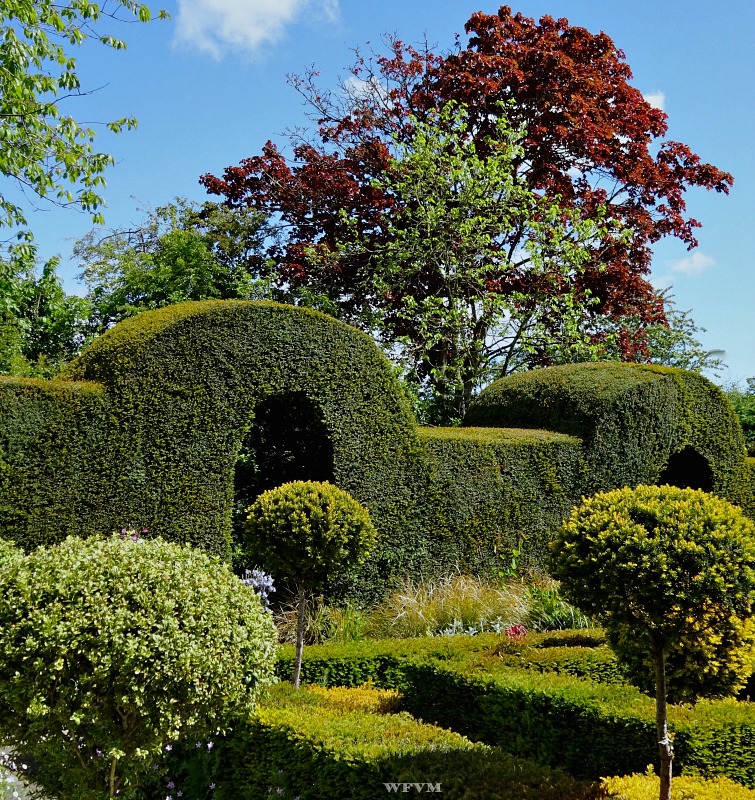 What pleases one eye will not necessarily appeal to another 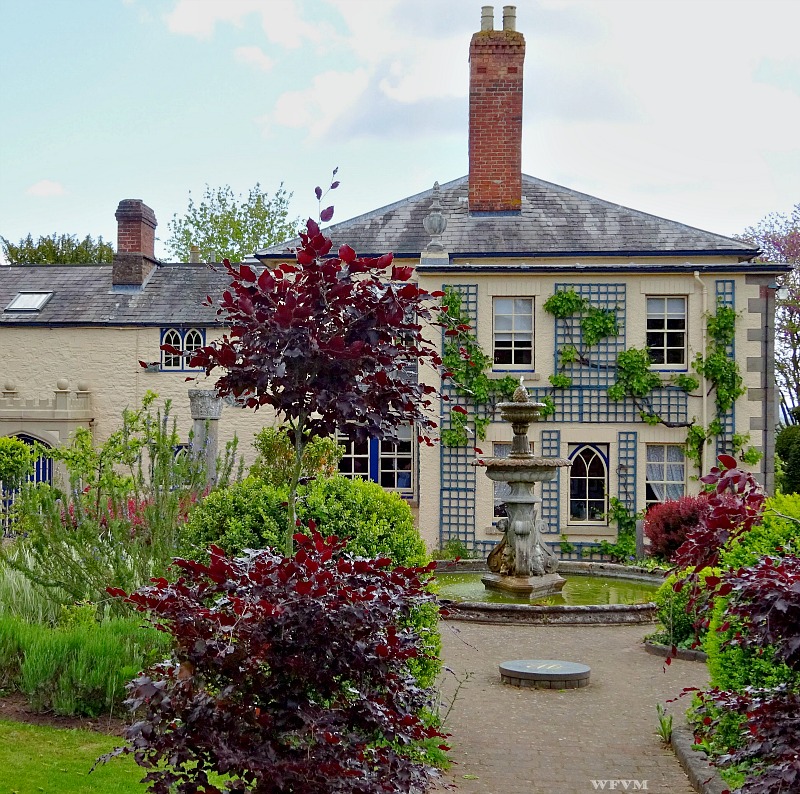 Since Julia's death in 2003 Sir Roy Strong has embellished the outside of the early Victorian house so that it now resembles one from the Georgian Period. In the garden too he has reconfigured it and added many more features 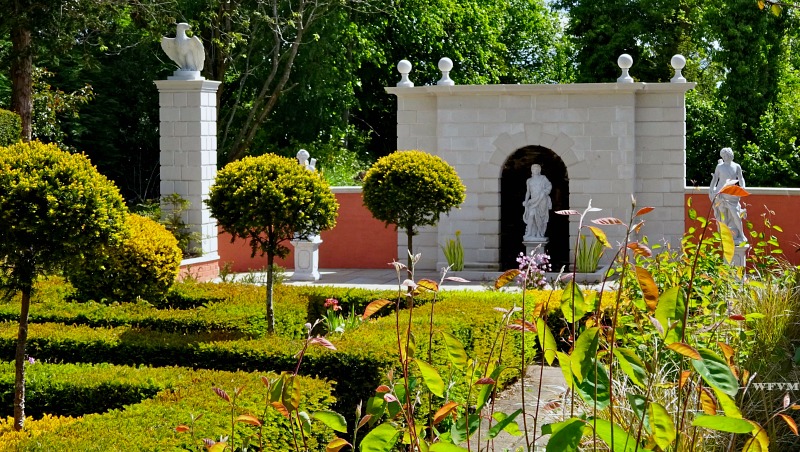 Nymphaeum - an Italianate tableau constructed this year to mark Sir Roy's 80th birthday. The statue in the middle of the grotto is Apollo. 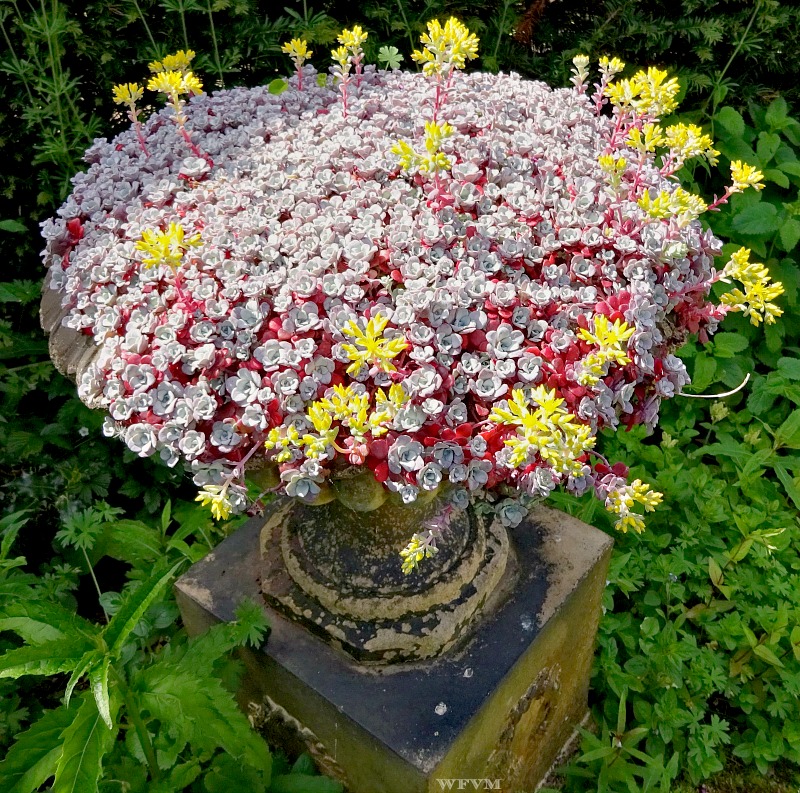 The criteria for me when visiting a new garden is whether I enjoy walking through it, hopefully spying some, new to me, flowers and seeing interesting ideas and surprises along the way - Laskett fulfilled that brief 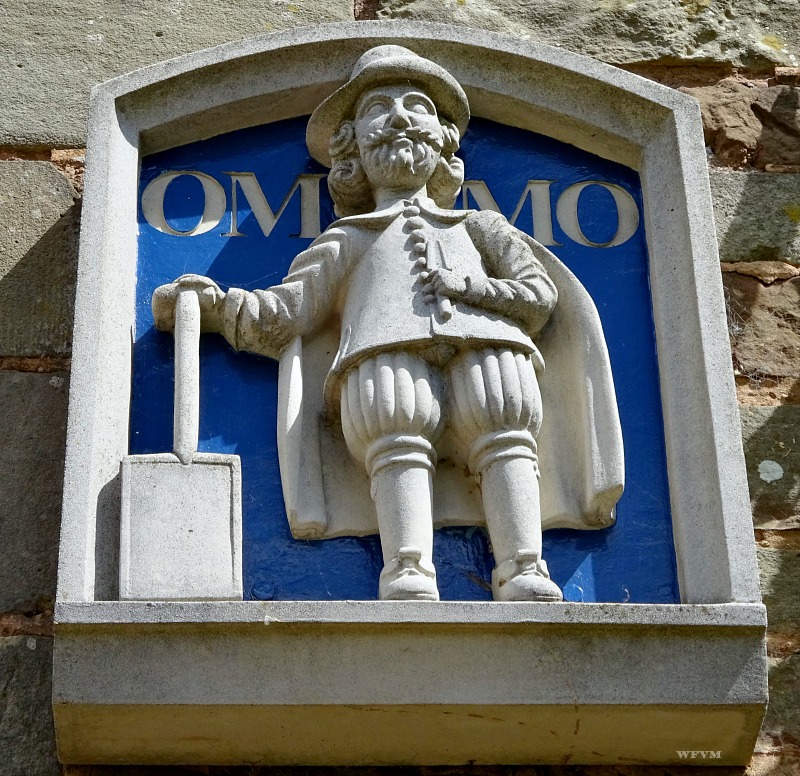 I should have listened more closely to my audio guide! Is this stone plaque on the house wall Sir Roy Strong? - after all he has written a book called 'The Cult of Elizabeth' 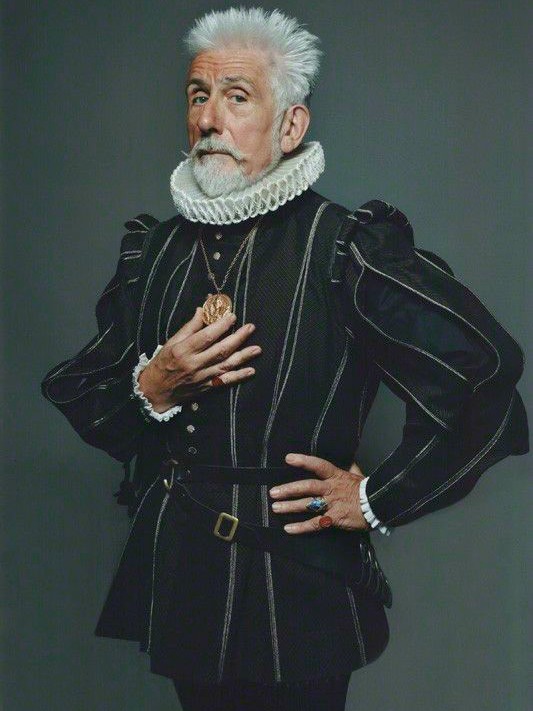 image from The National Portrait Gallery, London
here he is dressed as an Elizabethan gentleman -  what do you think?

complete with one of Queen Elizabeth I's emblems, a crowned pillar 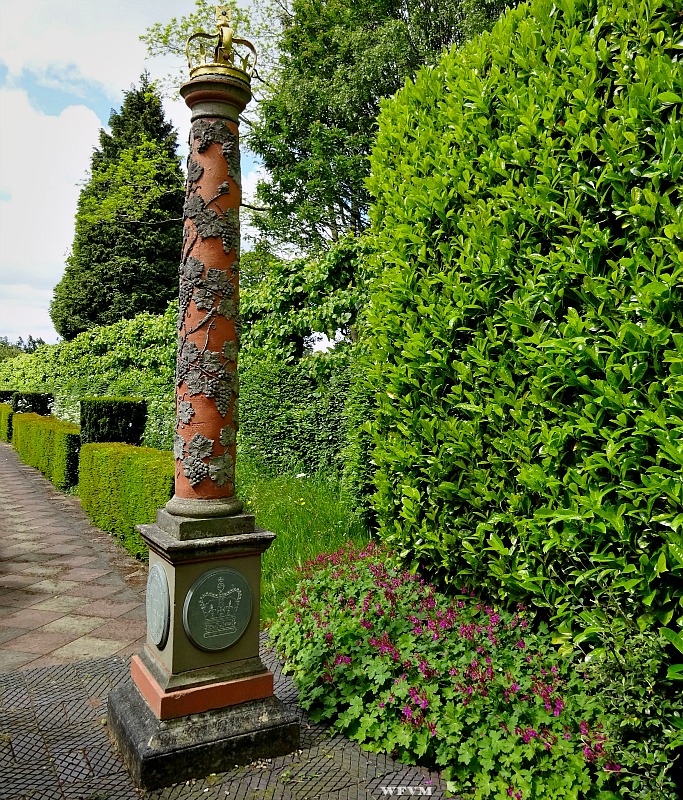 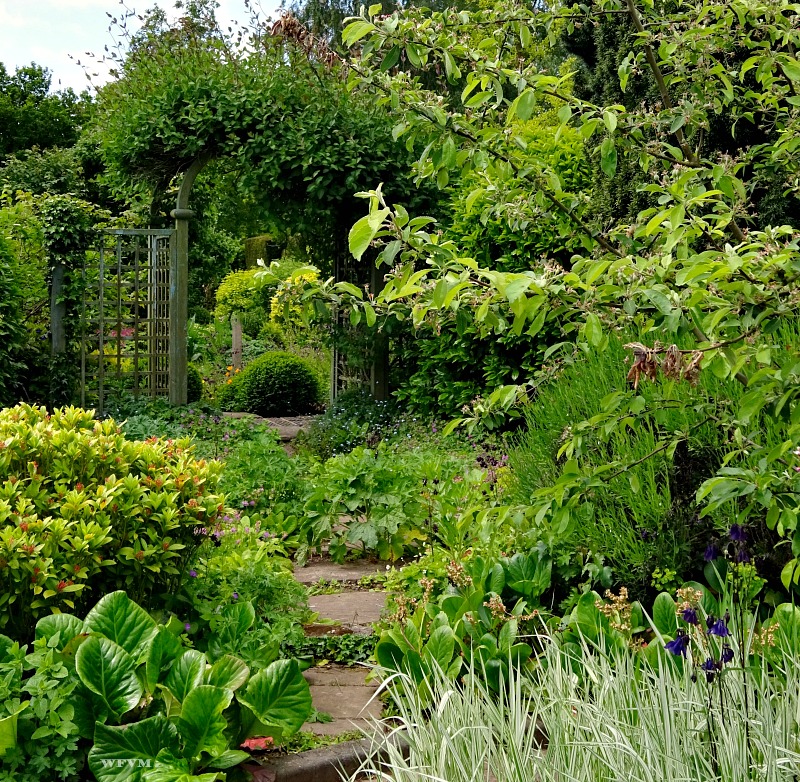 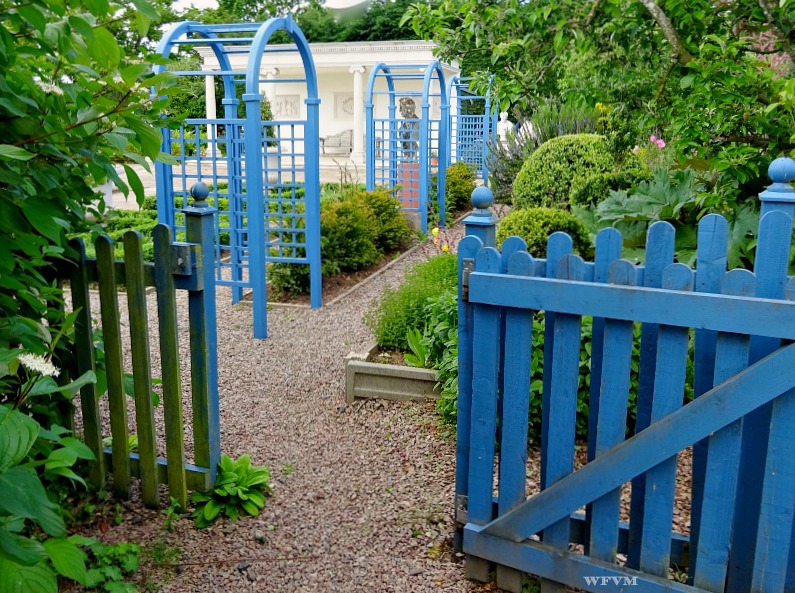 Gateway leading to the Colonnade Court - originally a kitchen garden. The area is now a concourse for events 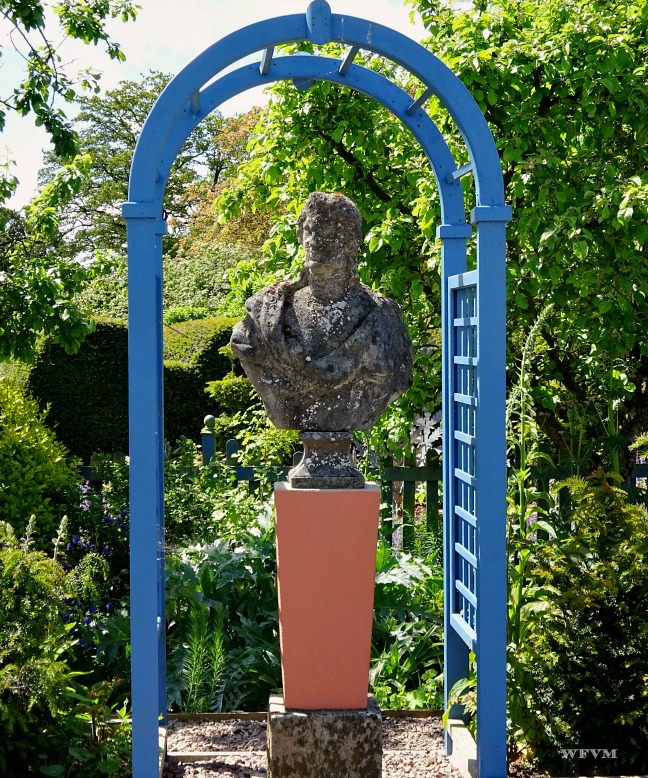 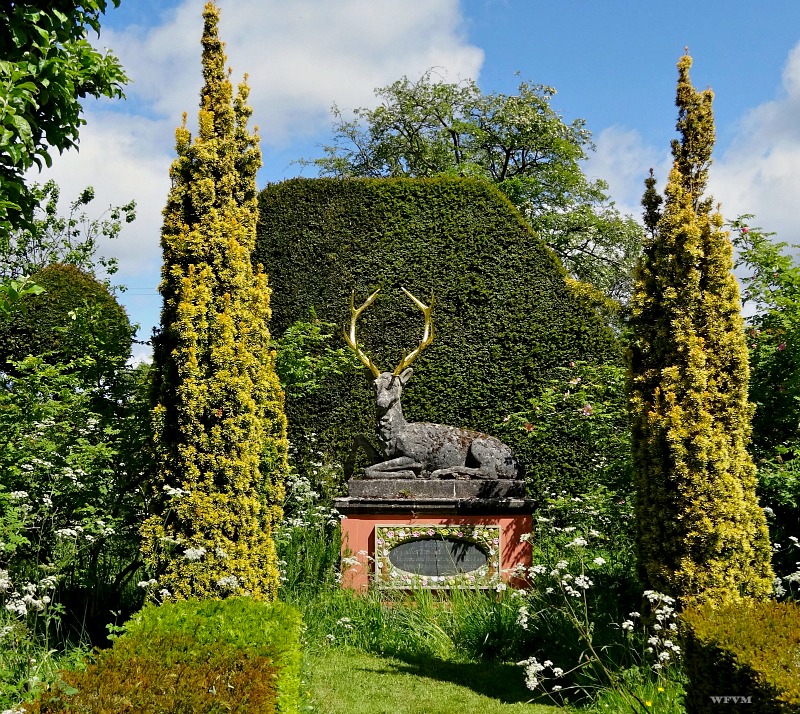 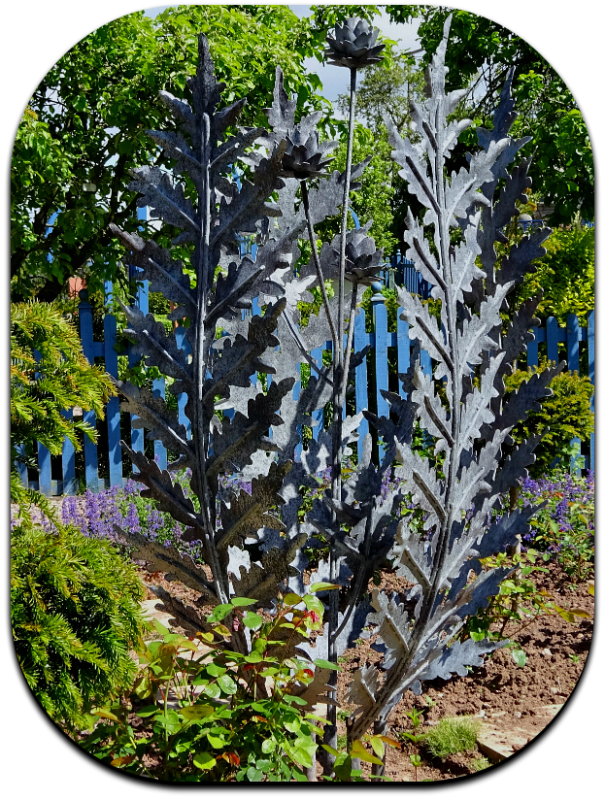 The lead artichoke sculpture appealed to me - thank goodness the gold leaf has been kept well away from it! 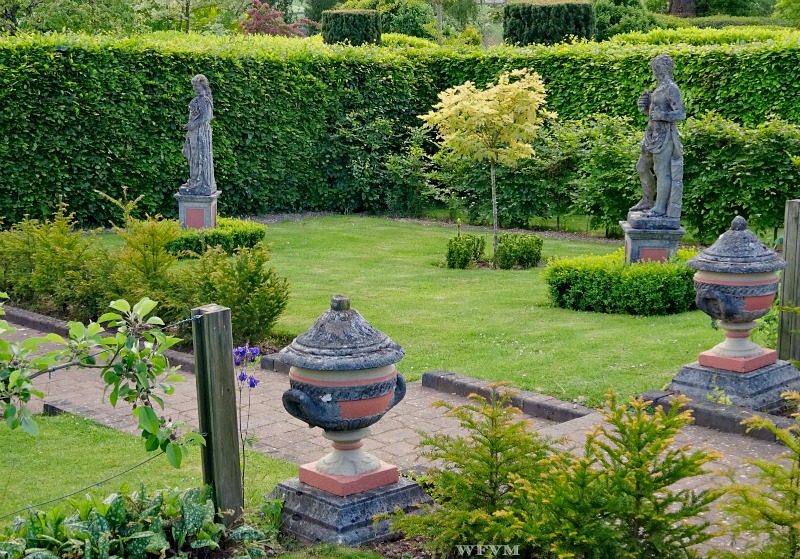 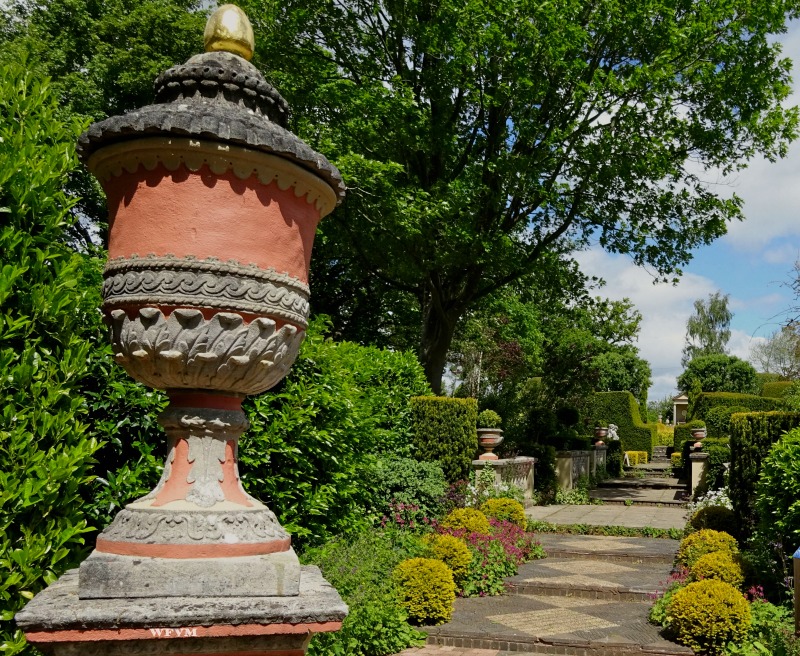 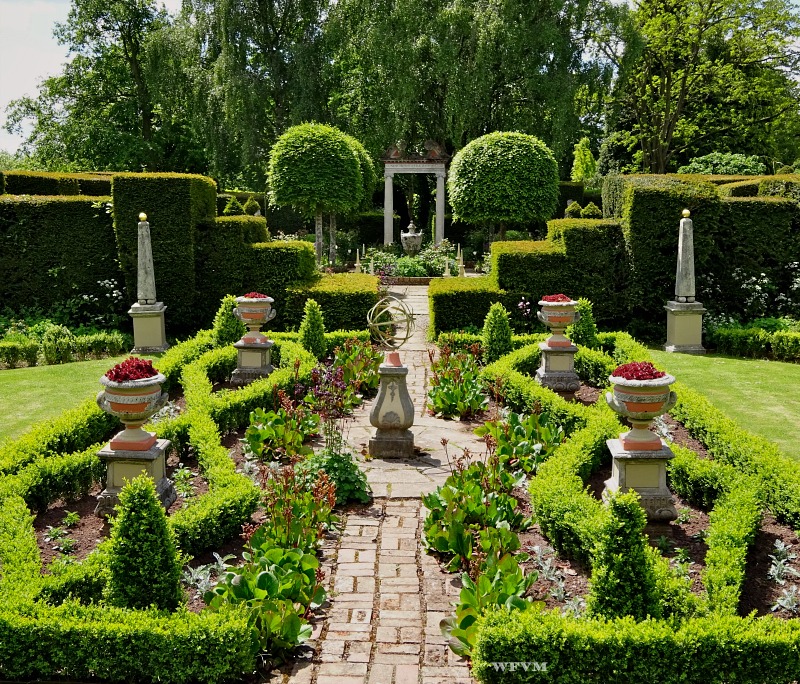 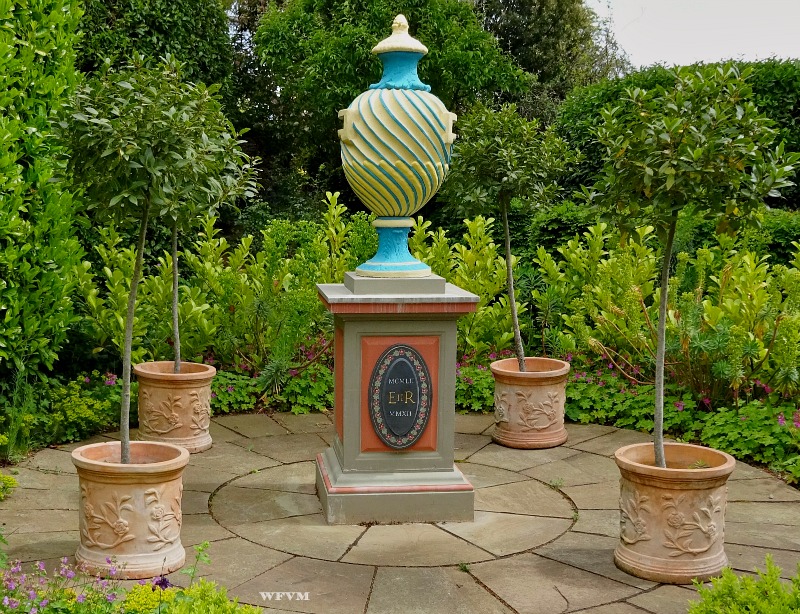 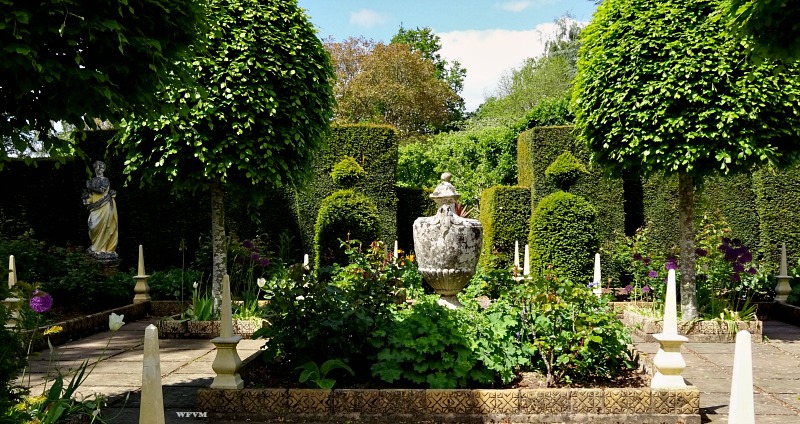 I have probably shown about a third of the Laskett Garden here. It was a garden that I enjoyed wandering through with lots of surprises down each pathway and around every corner. 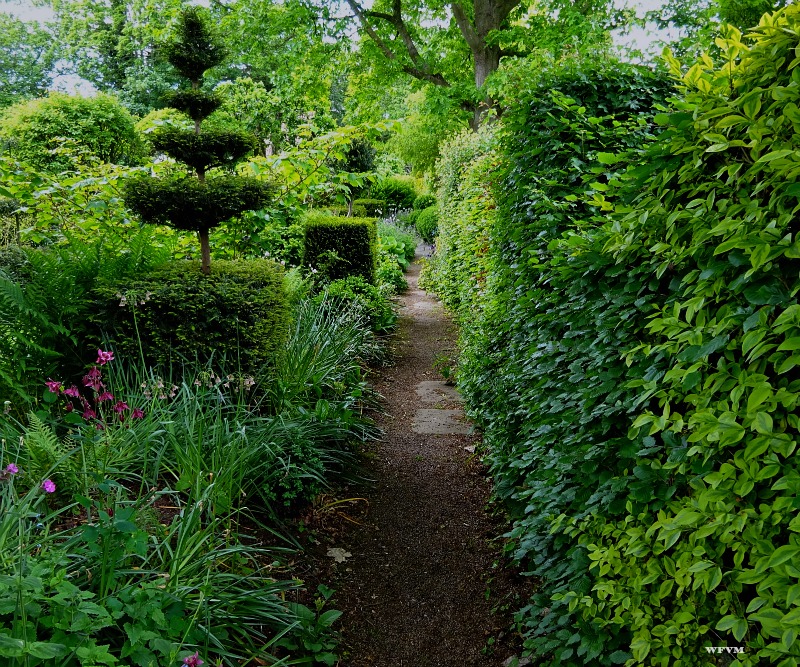 My only comment would be that I personally would not have so many garden statues, urns, and buildings, nor cover stone with paint and gold leaf,
but it was a visit that I enjoyed and so did the majority of our group
Posted by Rosemary at 09:54