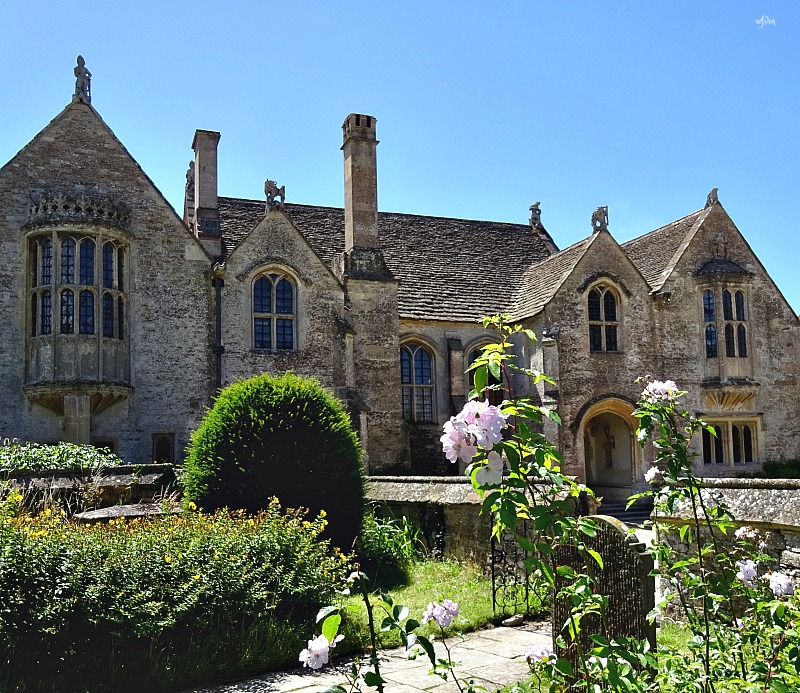 Great Chalfield Manor was built in 1465, and described by Pevsner, the architectural historian, as "one of the most perfect examples of a late medieval English manor house". 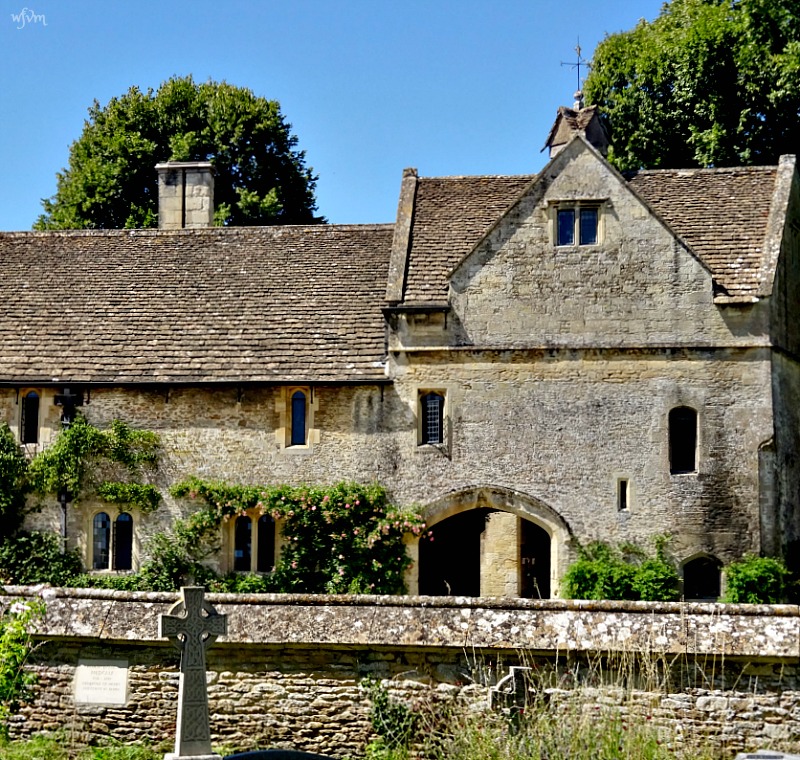 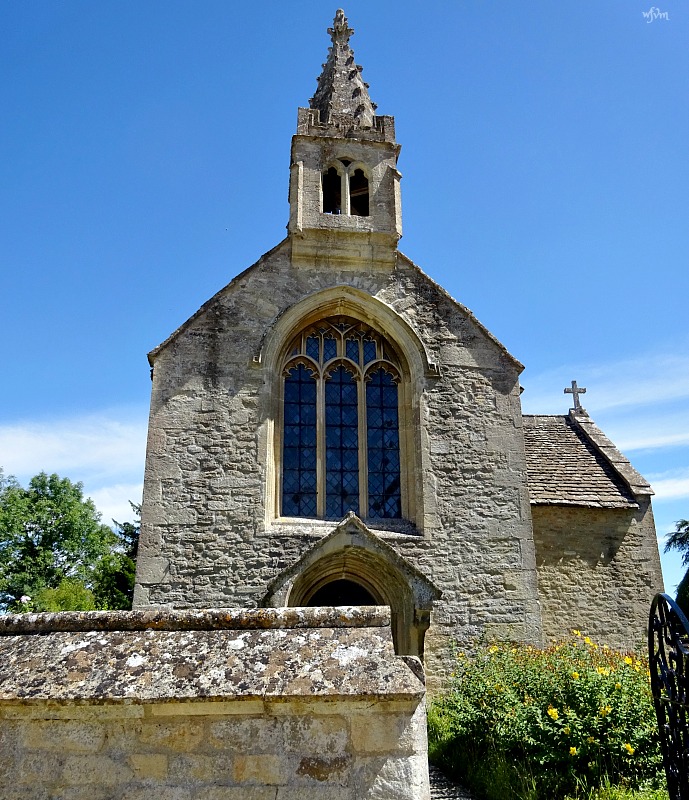 The tiny parish church of All Saints sits within the manor's grounds. It was built during the same period as the manor to replace a much older one. 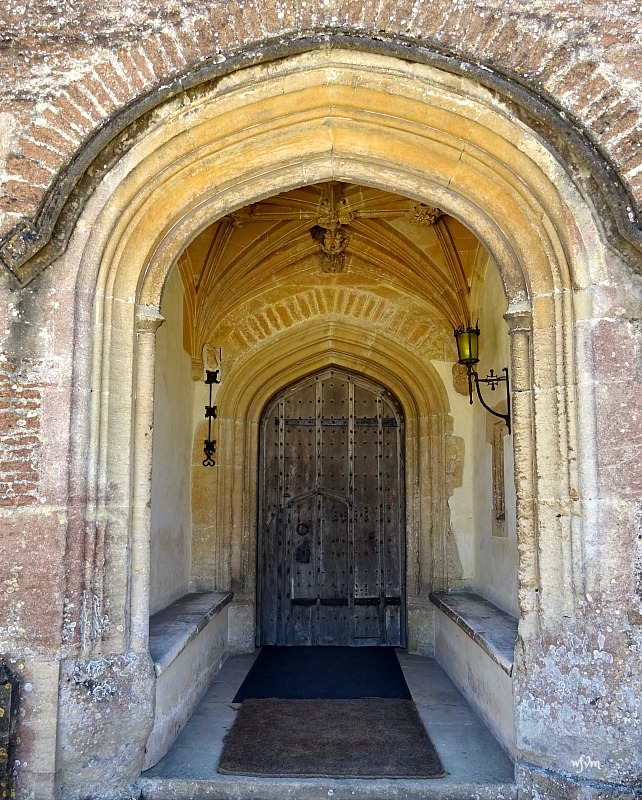 The dark coloured stone over the entrance is called a dripstone. They were designed to throw off rainwater to prevent it running down the stone tracery or glass below. This architectural feature has been in use for hundreds of years, particularly in this area. The stone house we live in has carved dripstones above our windows. 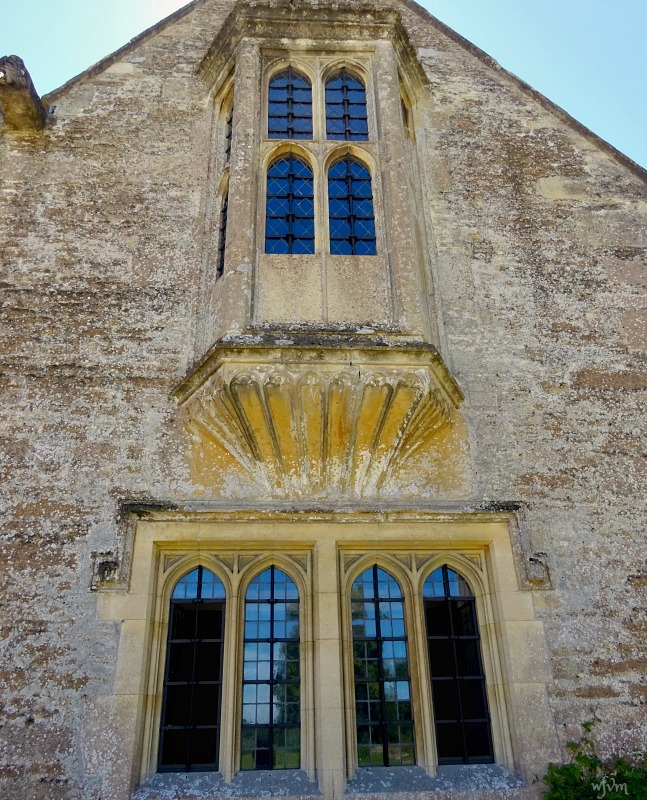 There are two oriel windows to the front of the house, the other which is more complex can be seen on the first photo. Medieval oriel windows are most commonly found projecting from an upper floor. 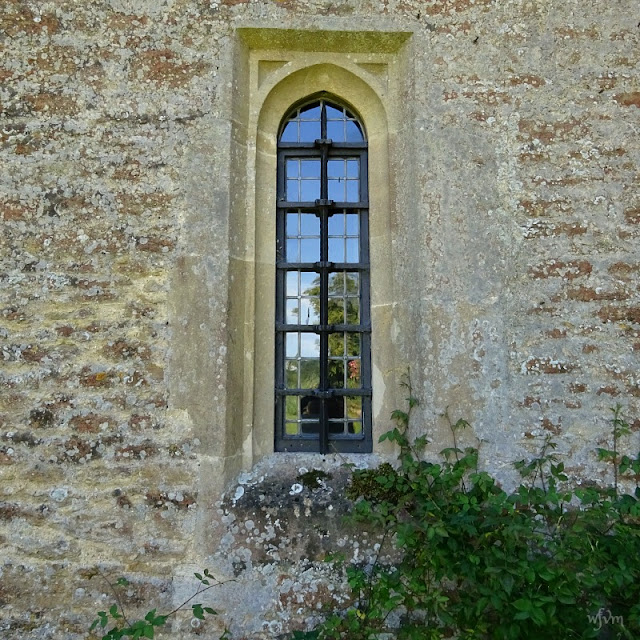 A medieval lancet window, named from its resemblance to a lance - there is no need for a dripstone here as the window is inset within the stonework. 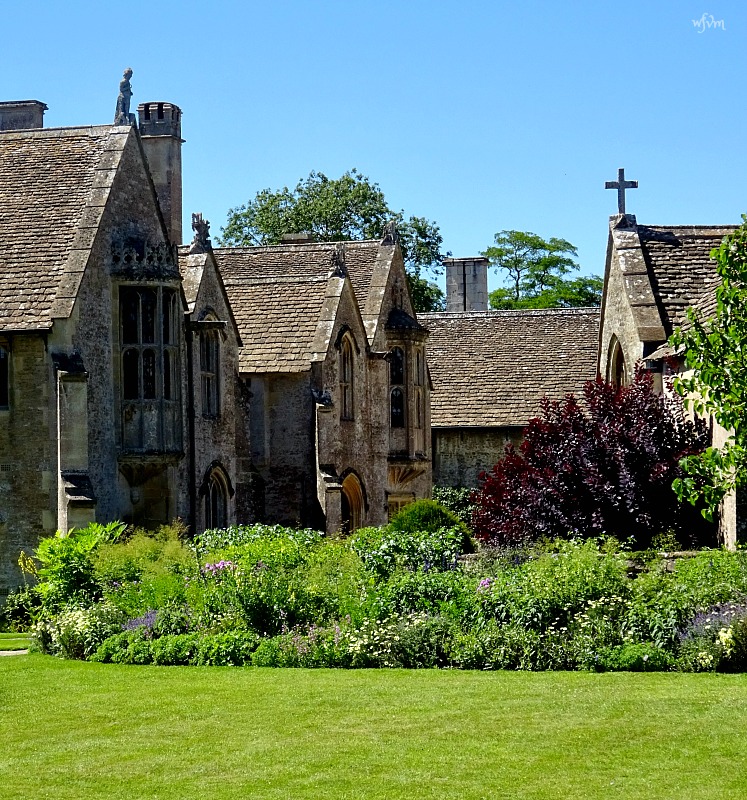 The rooftop at Great Chalfield is covered in all manner of stone figures -  soldiers, griffons, monkeys, and several grotesque gargoyle water spouts. 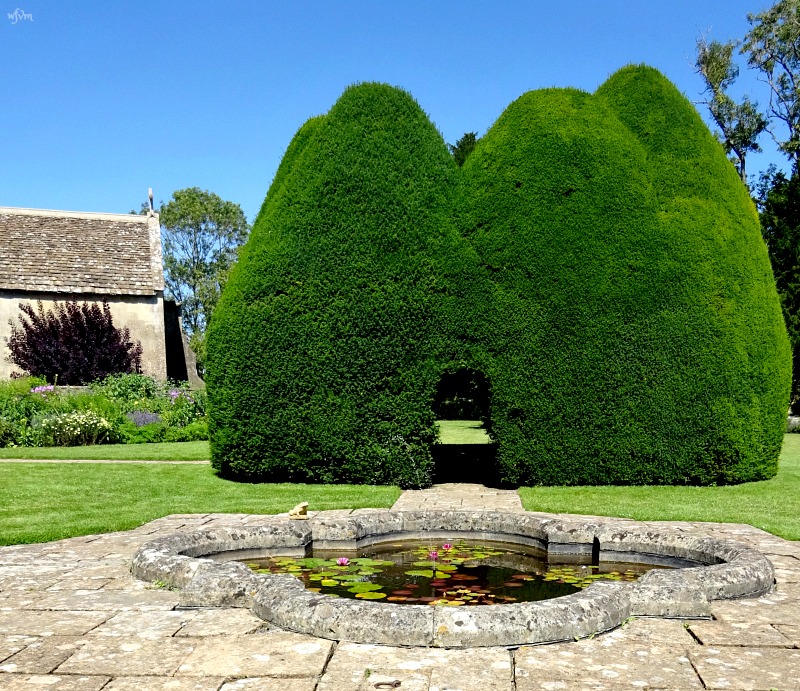 The garden is laid out in an early 20th century Arts and Crafts style, and as it was a hot day, we were very grateful to be able to pop into several of these yew tree houses seeking shade. 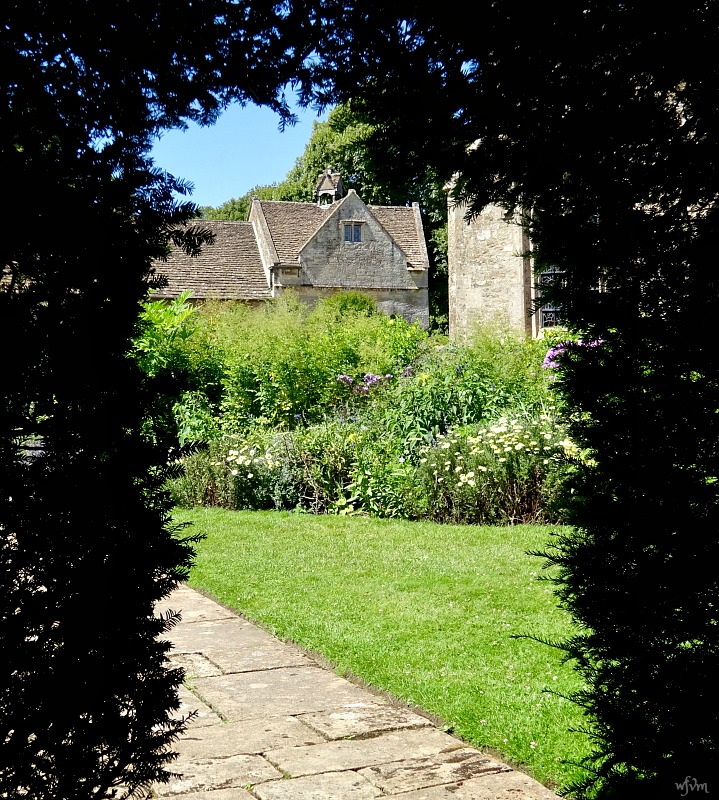 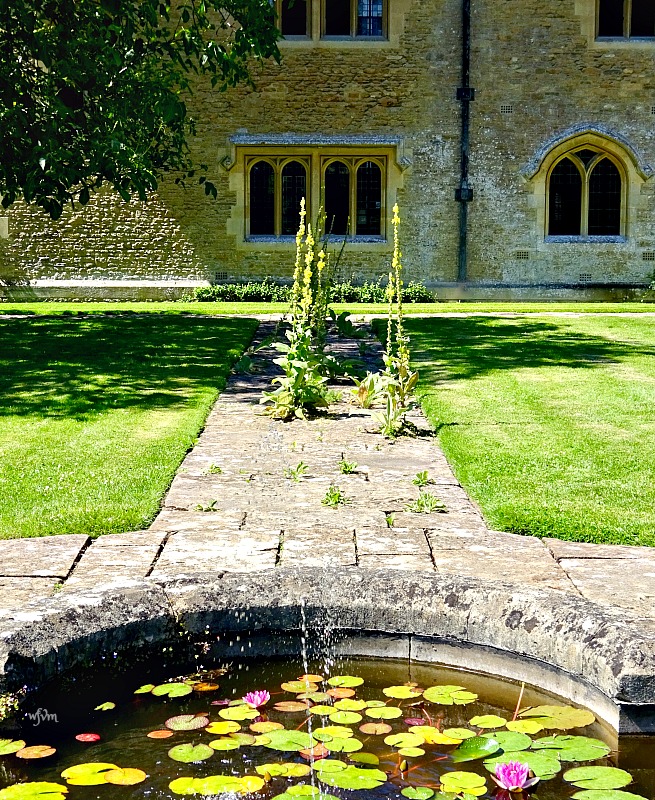 This photo is for my blog friend Gina and she will understand why. It shows the yellow flowered Verbascum thapsus - great mullein weed, which English gardeners tend to keep should it arrive in our gardens. It is a wonderful plant for attracting several bees, particularly solitary bees, and the wool-carder bees who use the hairs from the leaves and stems to line their nests. It is a caterpillar food plant and with its nectar/pollen rich flowers it is loved by many insects. 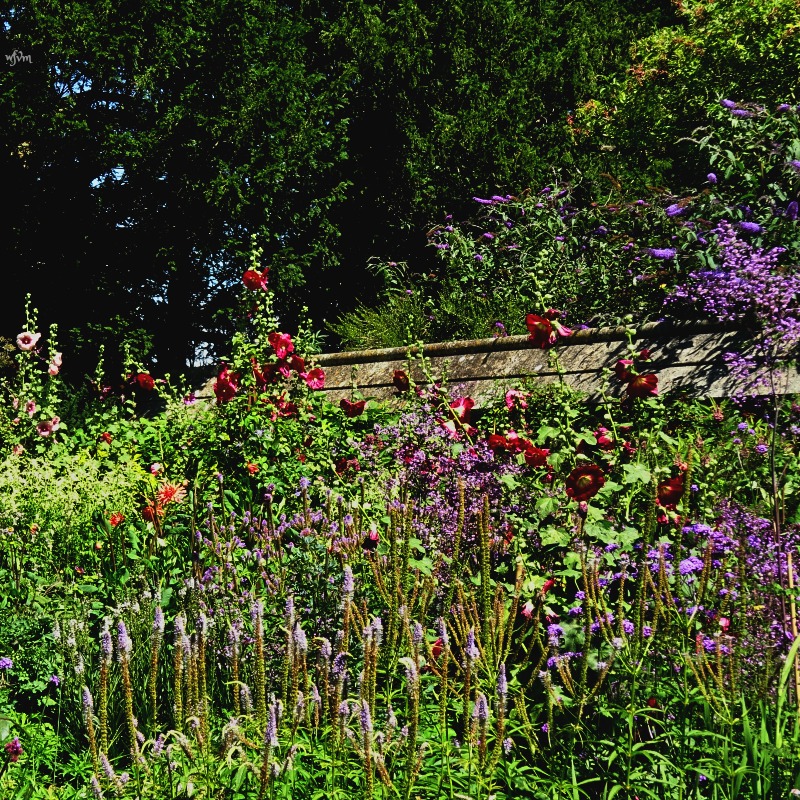 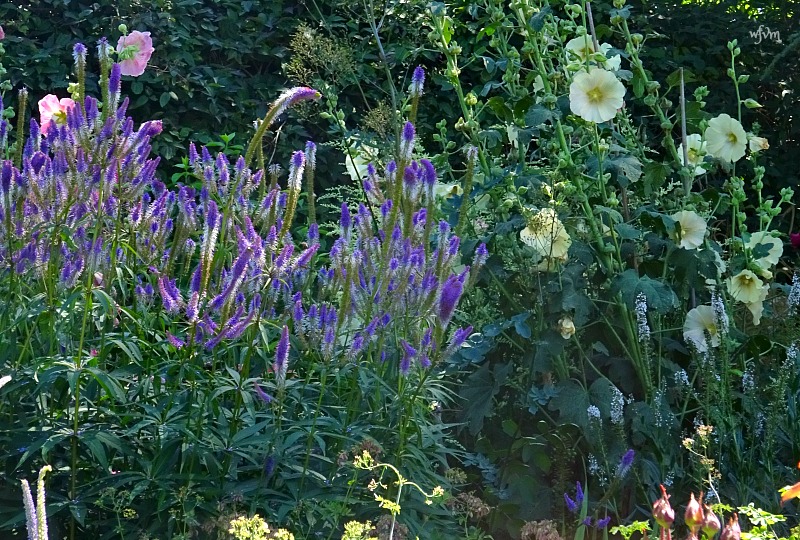 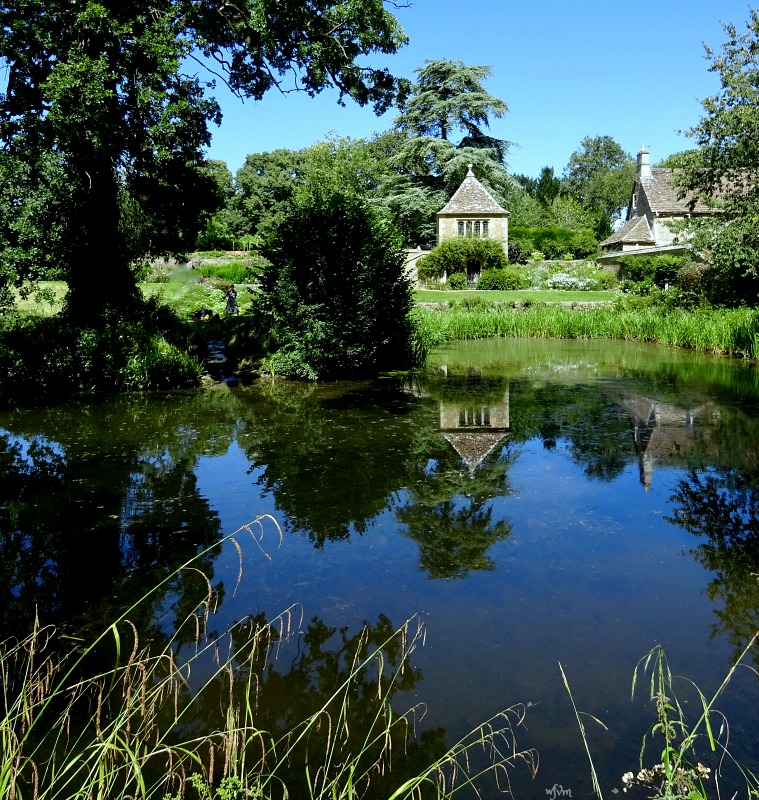 One of the joys of Great Chalfield is the fact that it retains its medieval moat. Moats were built as a security device against thieves and unwanted intruders. The moats were stocked with fish and wildfowl which then served the house with fresh food throughout the year. The water was also a useful resource in case of fire. 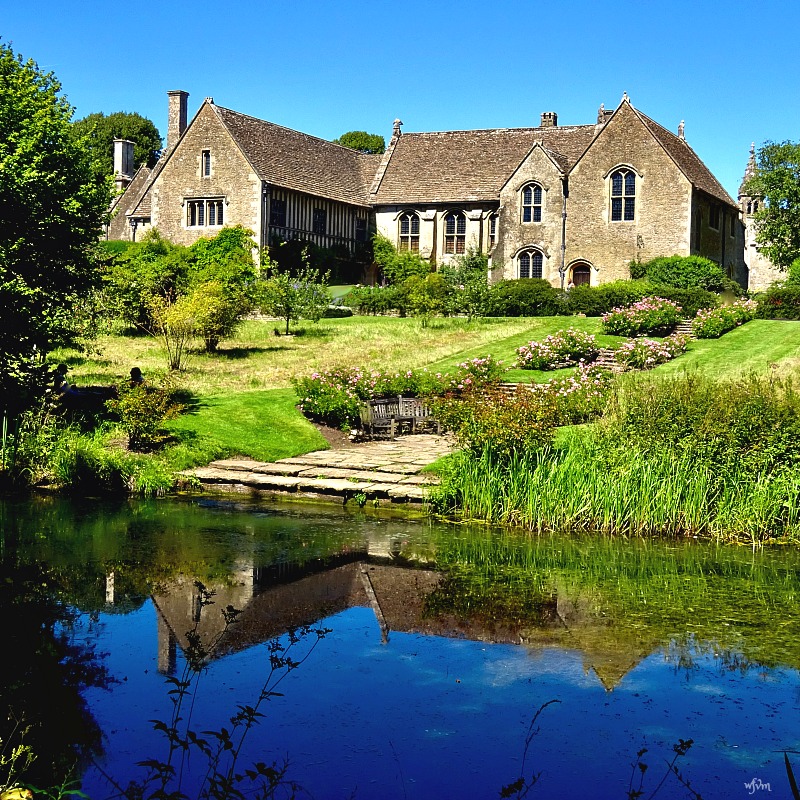 Have you noticed the dripstones above all of the windows and the doorway? 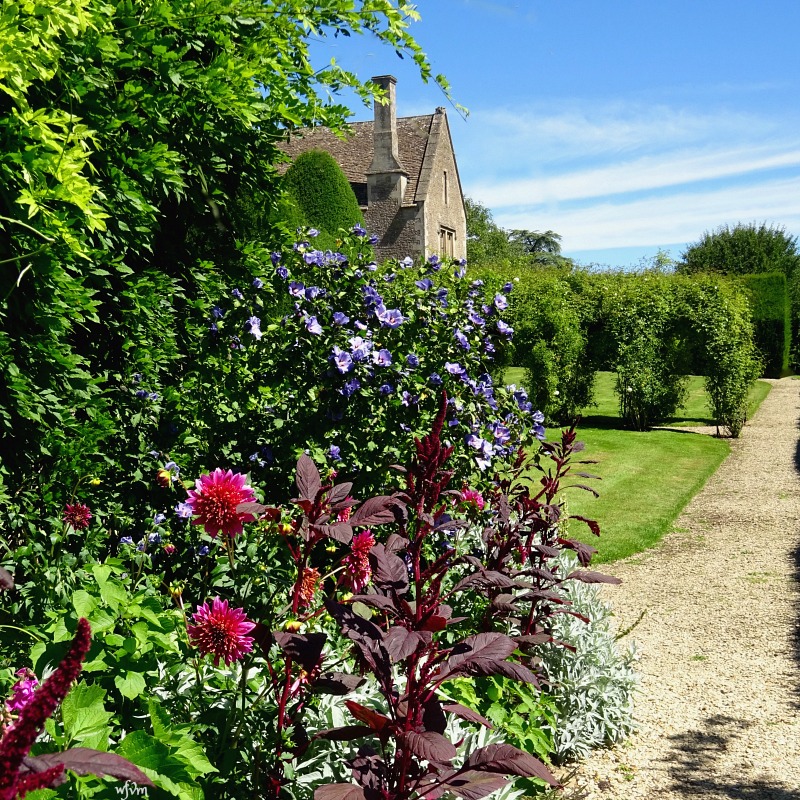 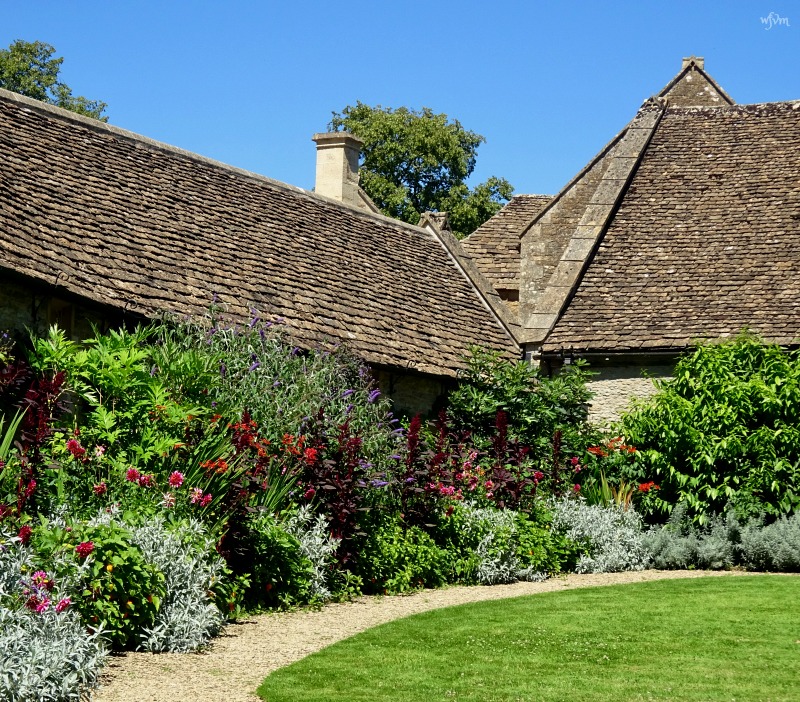 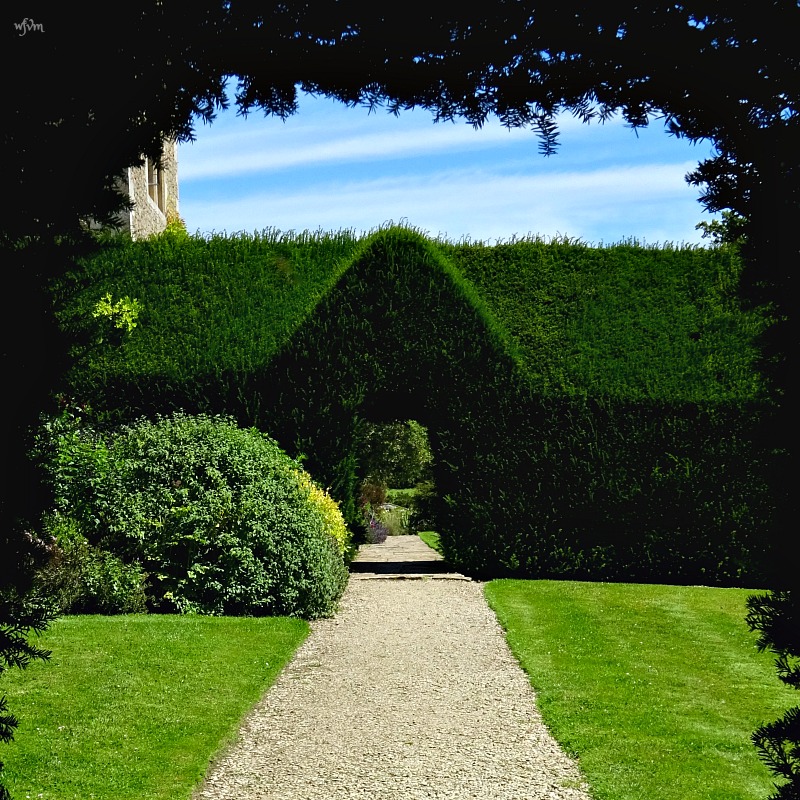 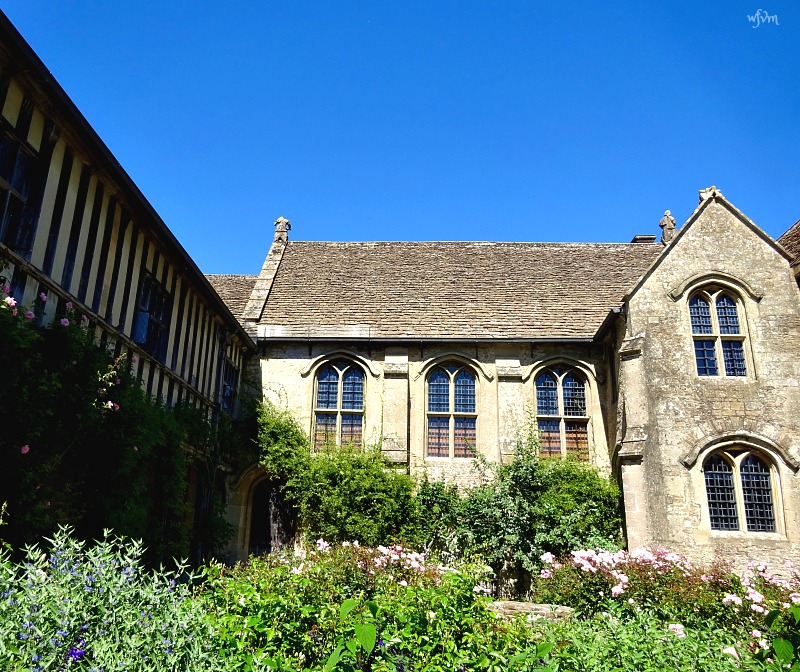 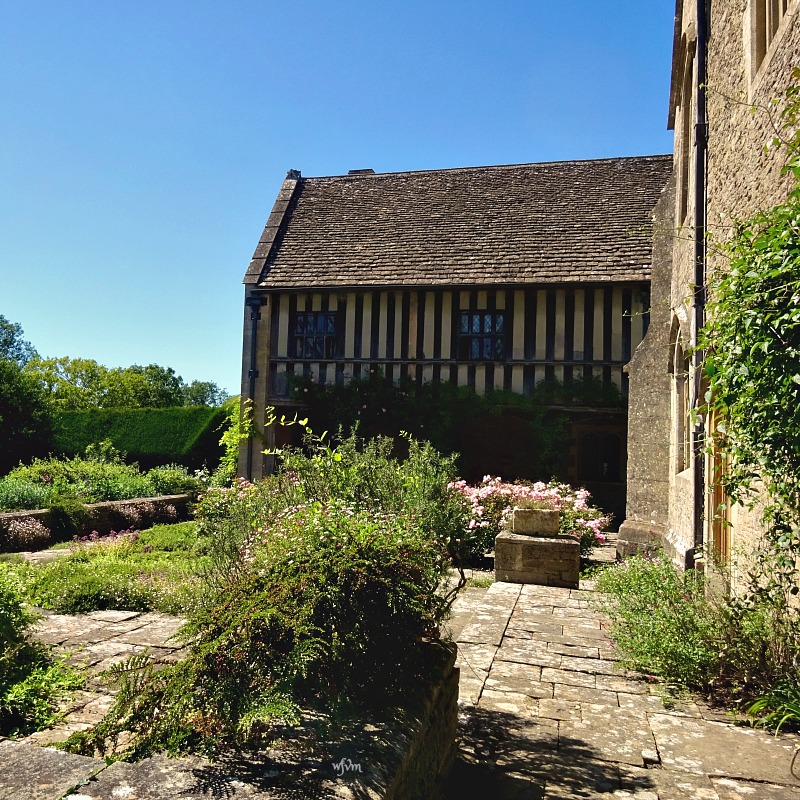 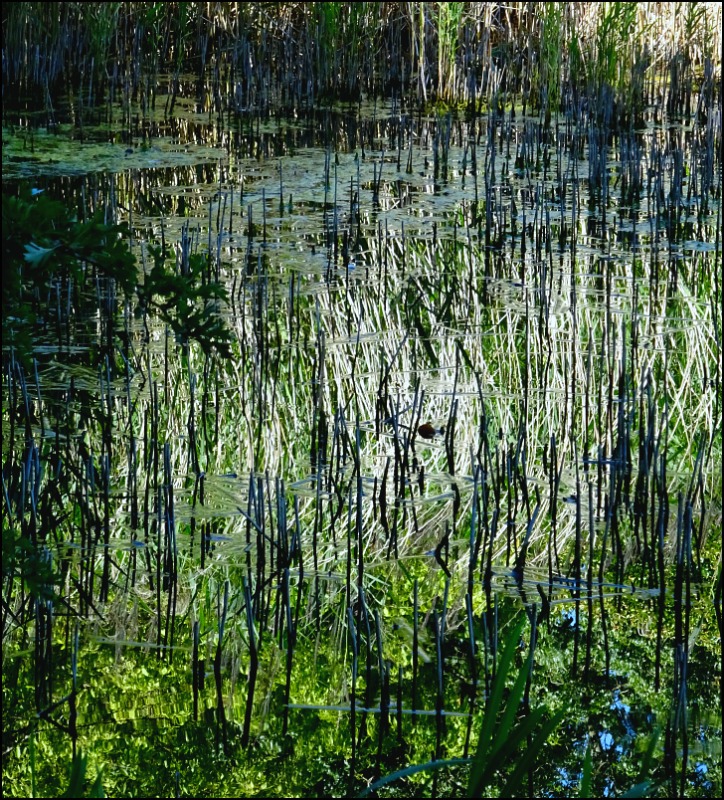 'Summer Reflections on the Moat'
It may look abstract but it is real!
Posted by Rosemary at 11:25