Maximilian was King of the Romans, also known as King of the Germans, and Holy Roman Emperor. He was never crowned by the Pope as the journey to Rome was always considered too risky 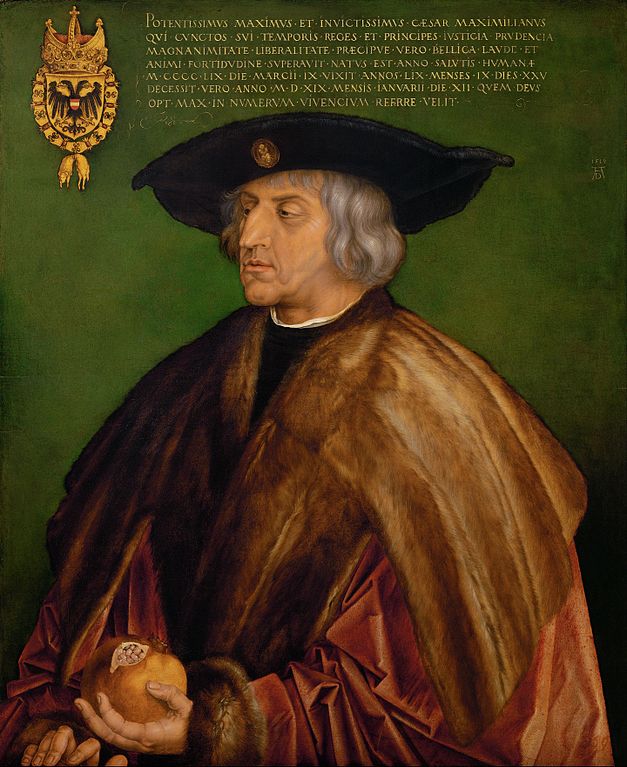 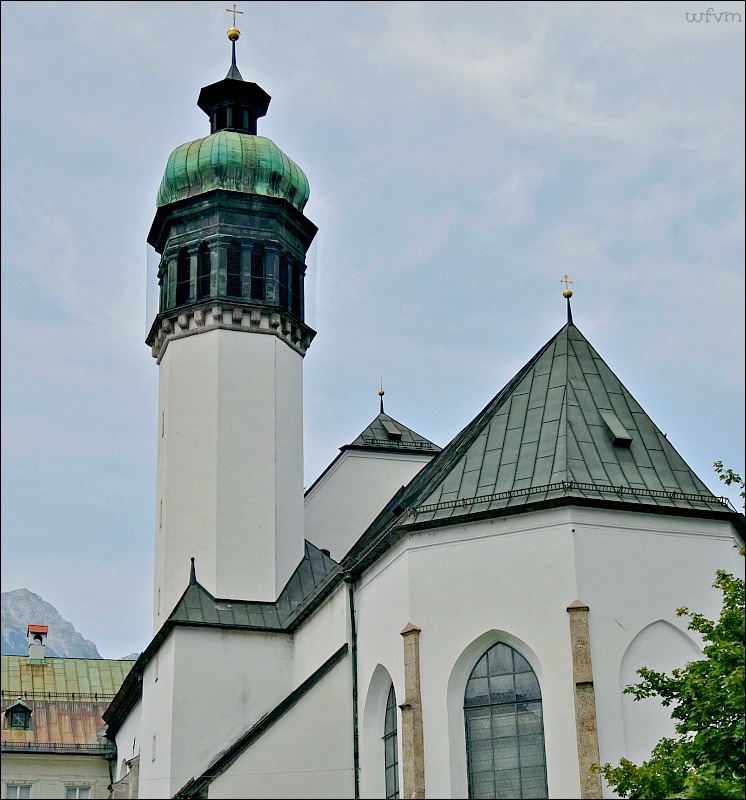 The Hofkirche (Court Church) in Innsbruck was built to be a mausoleum for Emperor Maximilian l by his son Ferdinand l. However, it appears that when Maximilian was on his death bed he had a change of heart and said that he wished to be buried in St. George's Chapel at Castle Wiener Neustadt. 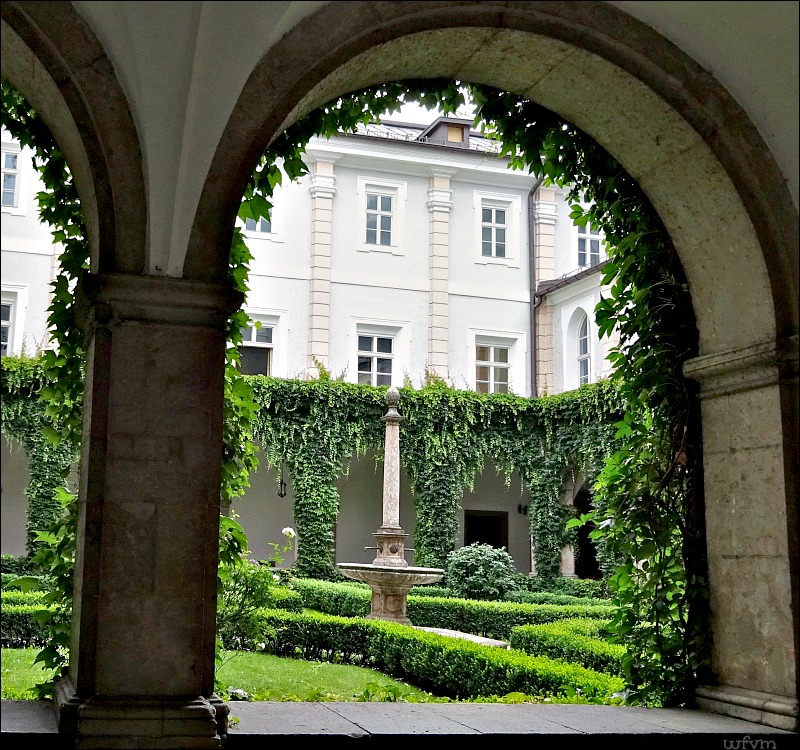 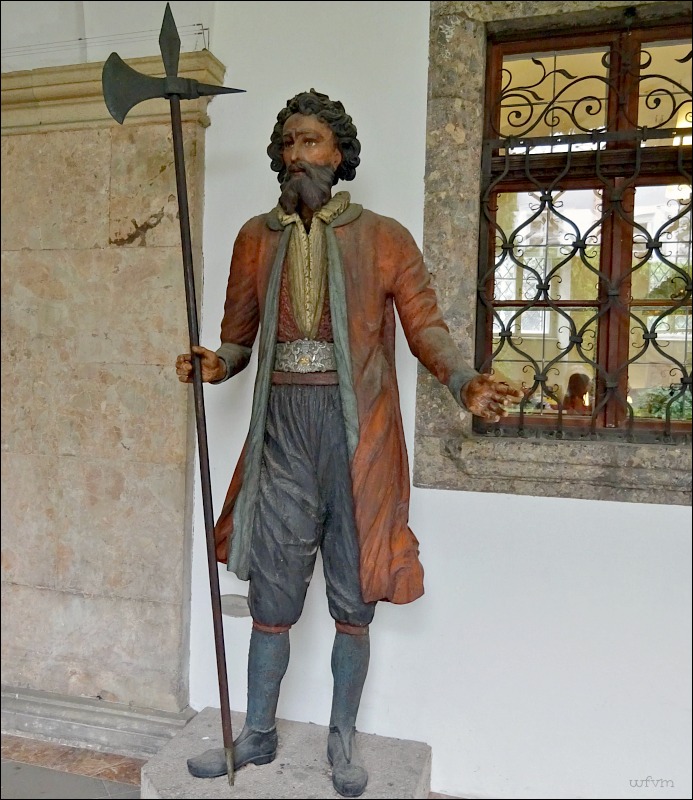 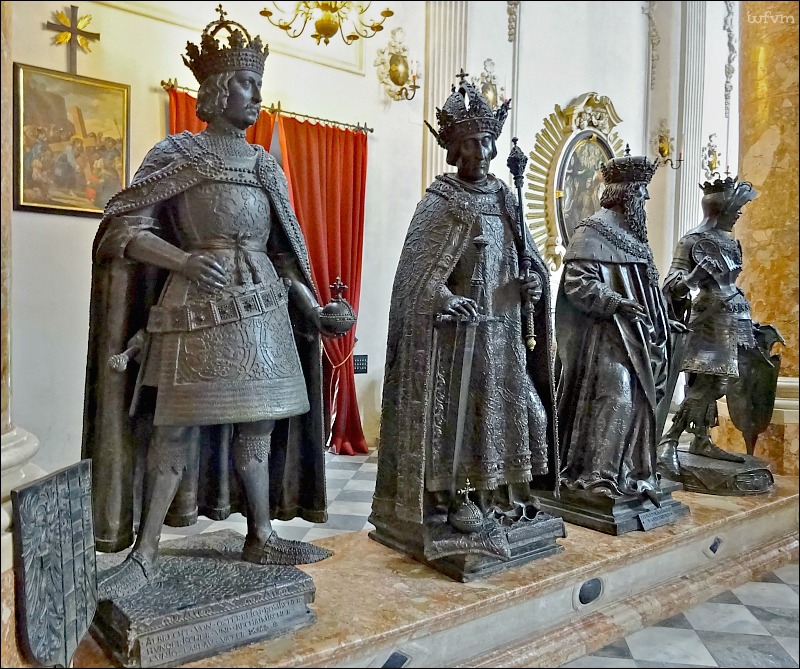 Flanking the tomb are 28 much larger than life bronze statues either representing the Emperor's ancestors or his heroes from antiquity. 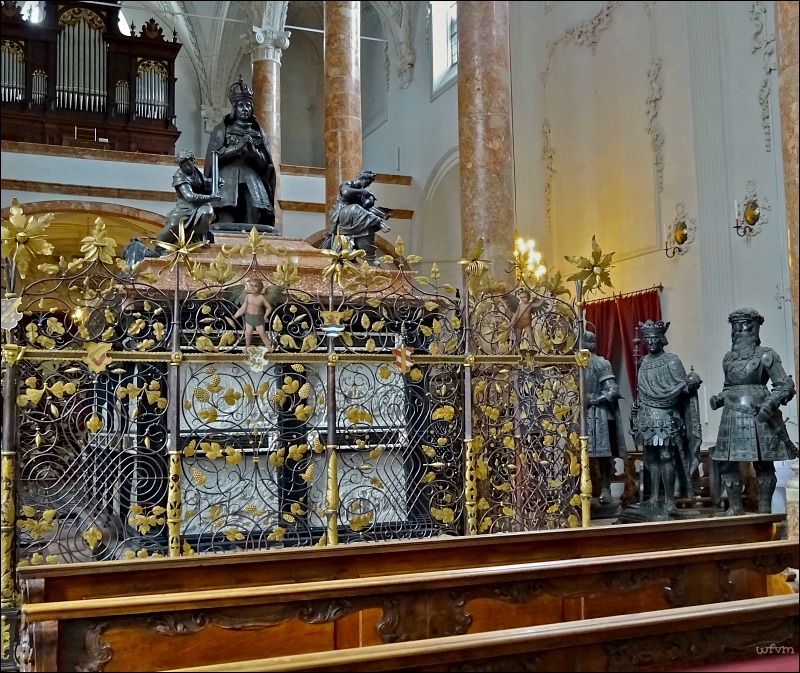 The emperor kneels on top of the empty tomb accompanied by virtues - Prudence, Justice, Fortitude, and Temperance 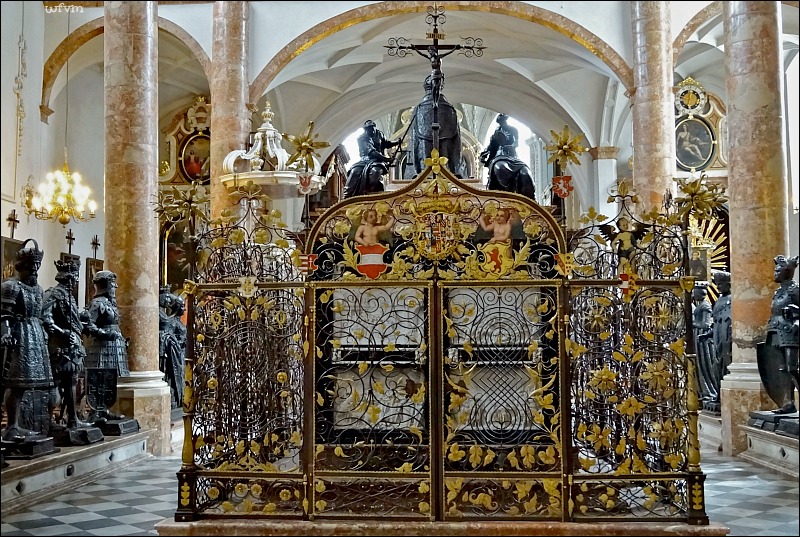 All of the statues are very impressive having been designed or cast by distinquished artists and sculptors from the C16th. 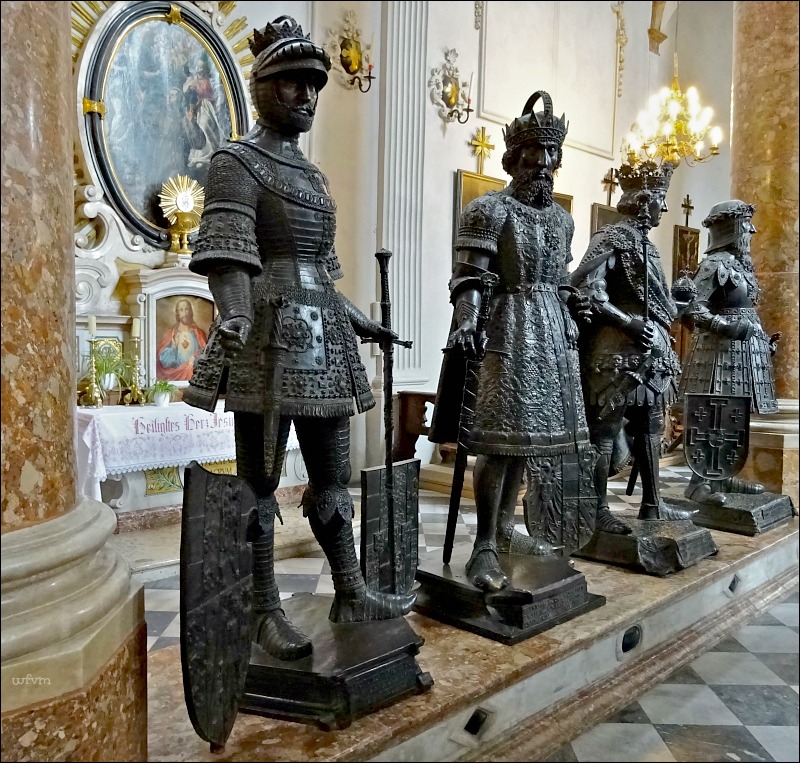 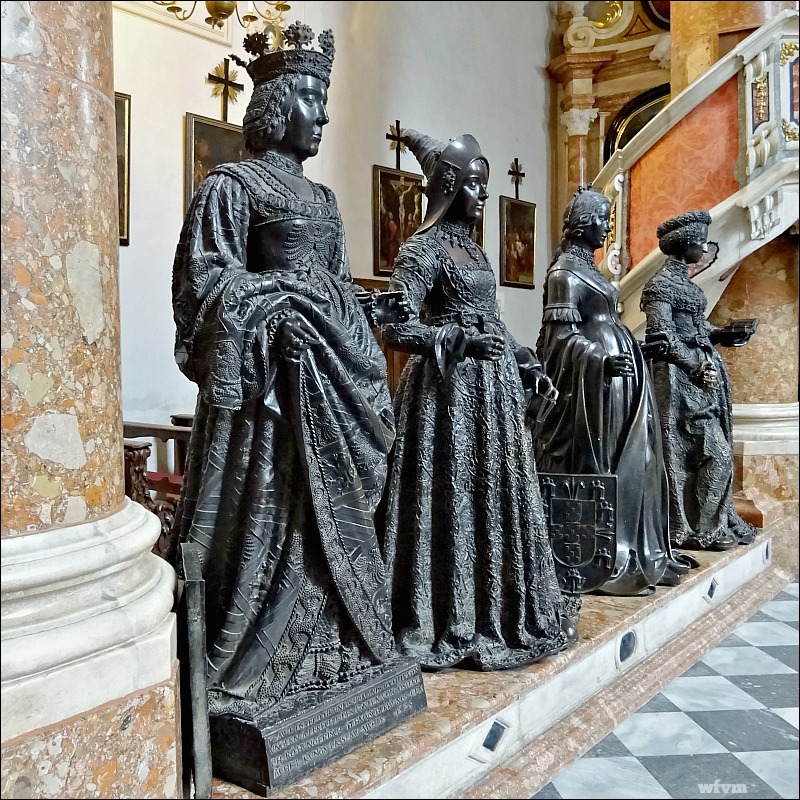 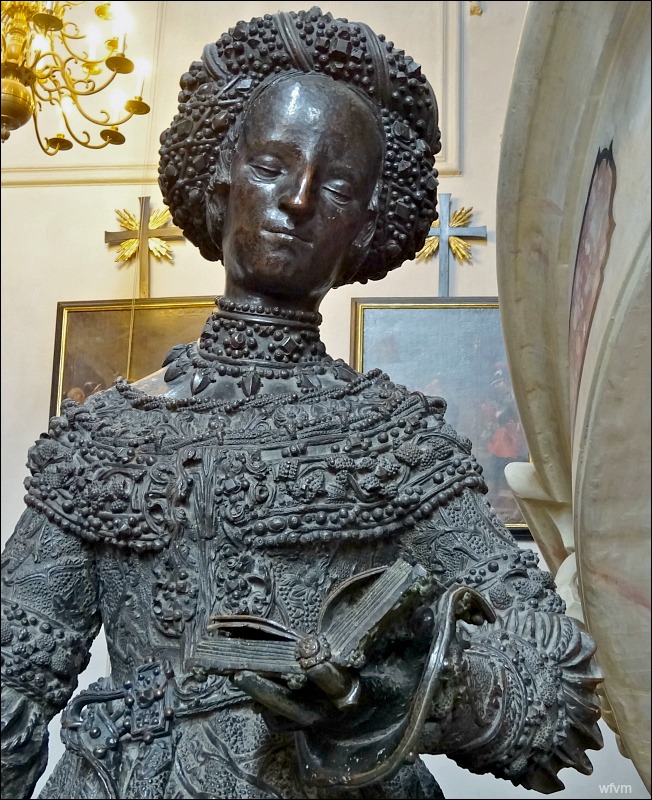 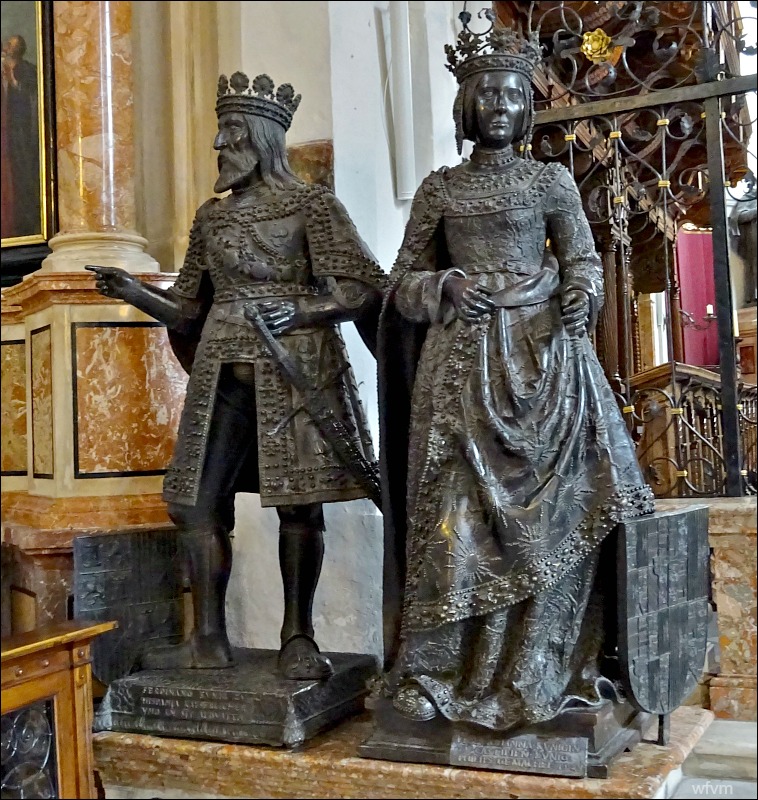 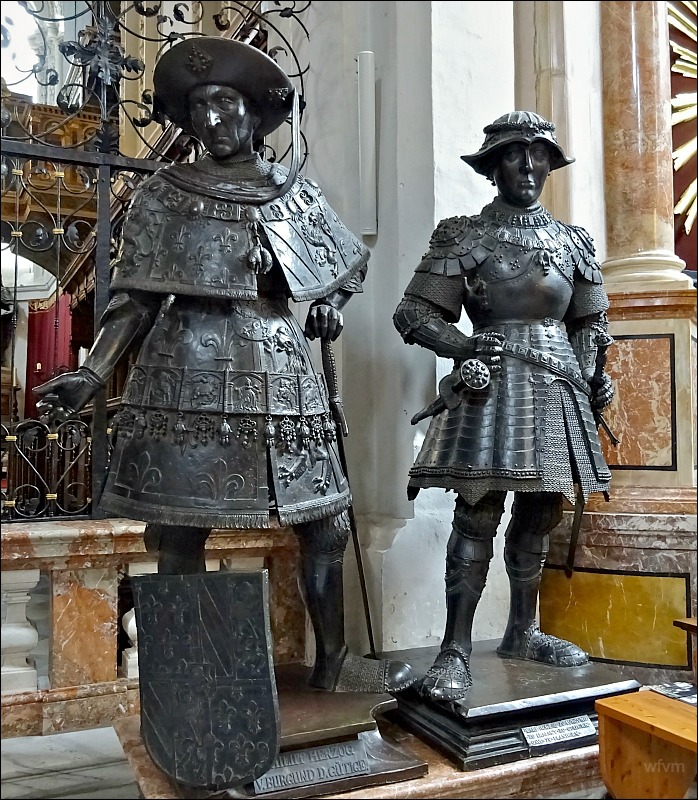 With such a large collection of historical characters is it possible to highlight just one figure? 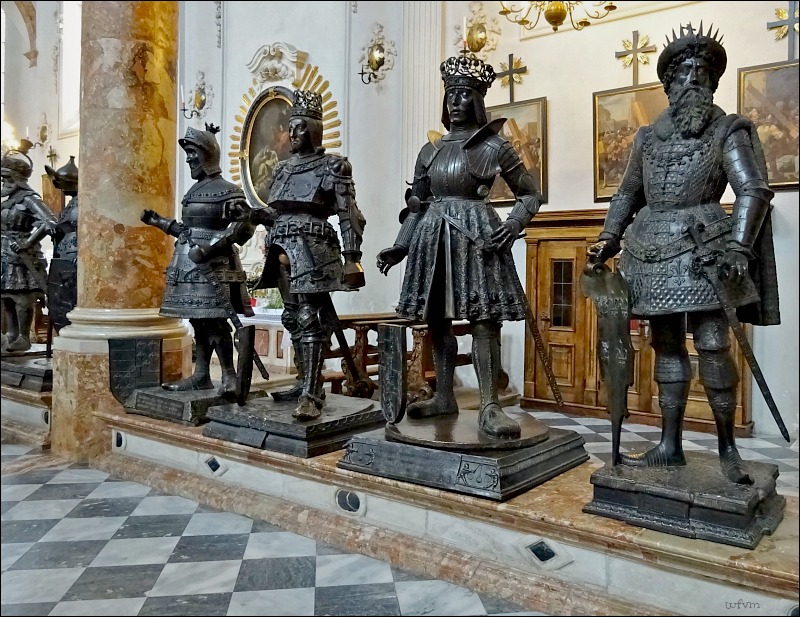 For me the choice is easy - but who? 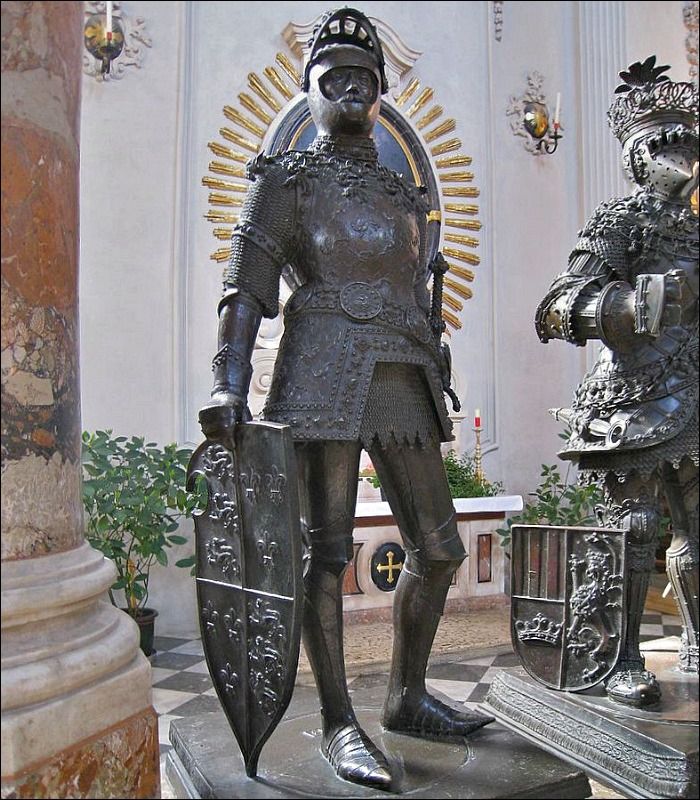 My choice is our very own dear English legendary King Arthur whose magical exploits seemingly impressed Emperor Maximilian l. It is interesting to reflect that in the c15th/16th Arthur was considered to have been a real King and not the mythological figure that we now know he was.
King Arthur's elegant statue was designed by none other than Albrecht Dürer - painter, printmaker and theorist of the German Renaissance. Born in Nuremberg, Dürer established his reputation and influence across Europe when he was still in his early twenties. 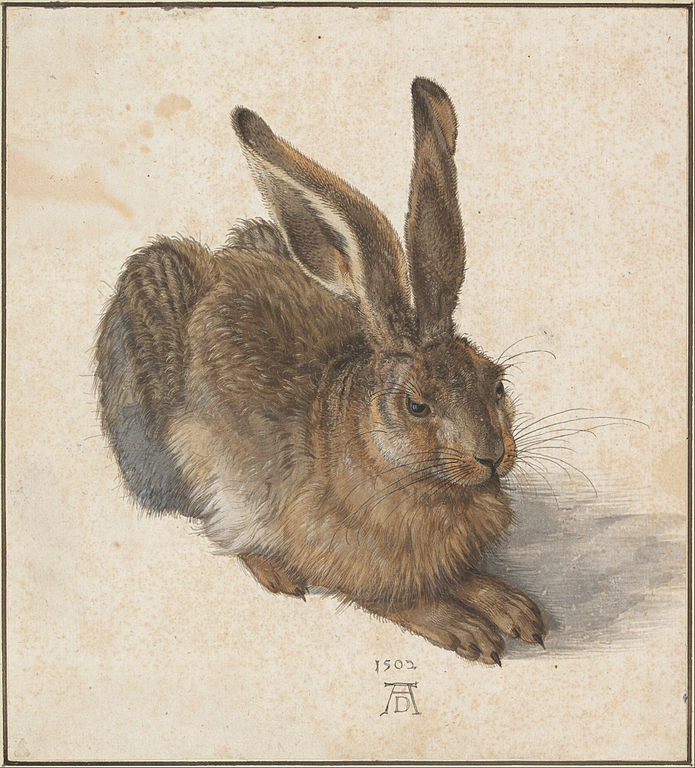 I seem to have known and loved Dürer's exquisite painting of a hare forever, and been amused by his woodcut of a rhinoceros. Dürer had never seen a rhinoceros, his woodcut was based purely on a written description and a brief sketch by an unknown artist. 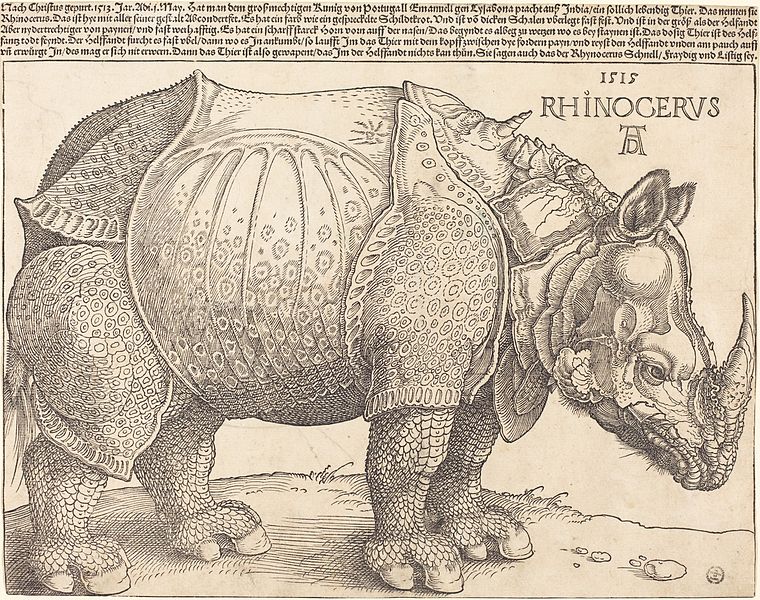 Whilst Dürer designed the statue of King Arthur it was cast by Peter Vischer the Elder, a German sculptor, and the most noted member of the reknown Vischer Family of sculptors from Nuremberg.
Dürer paintings and woodcut courtesy Wiki 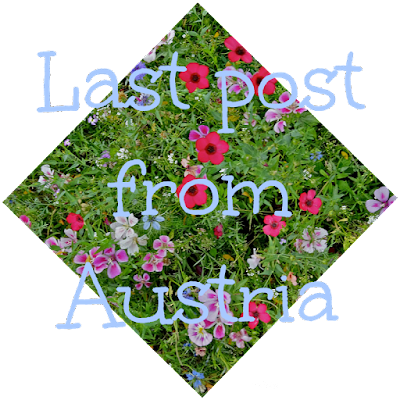