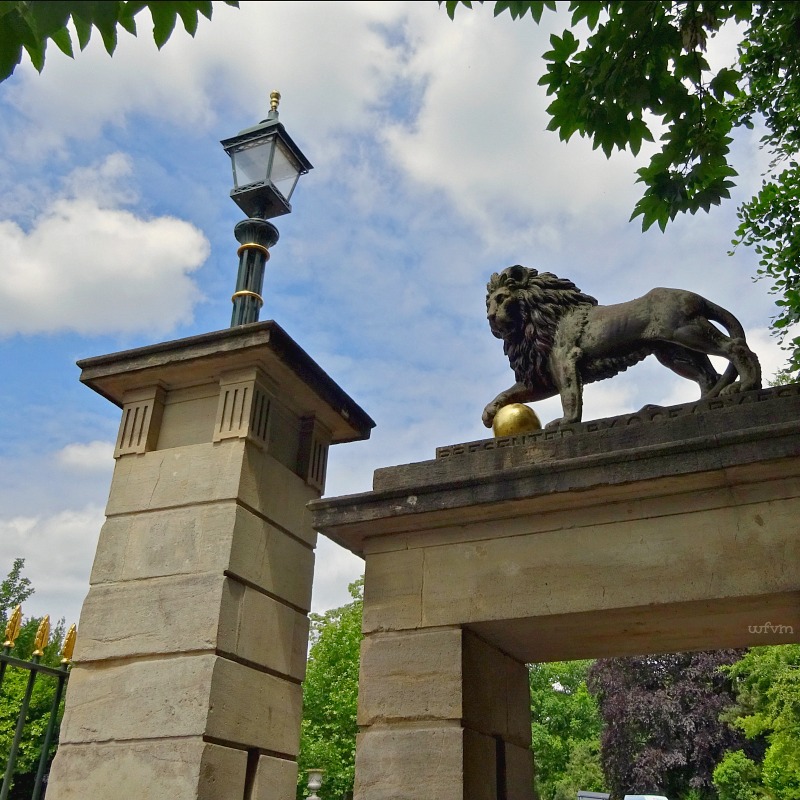 We have just had our third born granddaughter staying for a few days. School days are firmly behind her as she anticipates her next journey which takes her to Edinburgh University in the Autumn.
One of the places we took her to was the city of Bath, which makes an interesting juxtaposition with our recent visit to Lecce in Italy. Both cities were built of honey coloured limestone - Bath's architecture being a glorious Georgian masterpiece as opposed to Lecce's bountiful feast of Baroque. 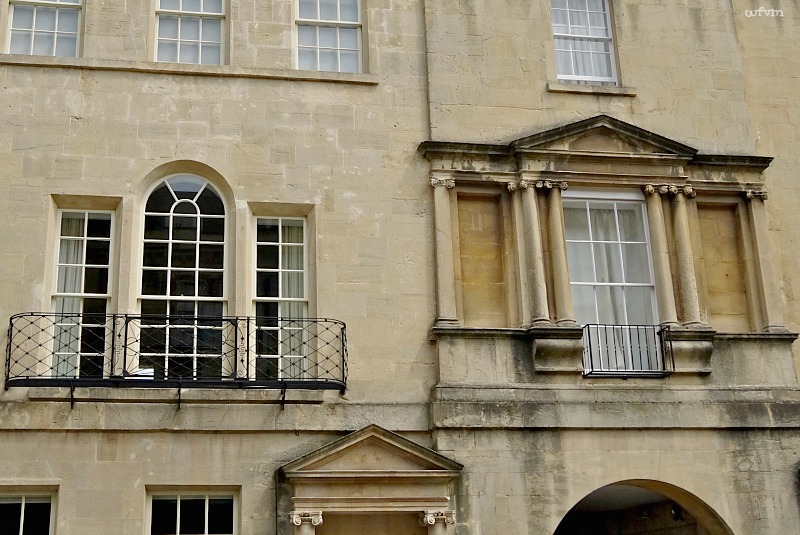 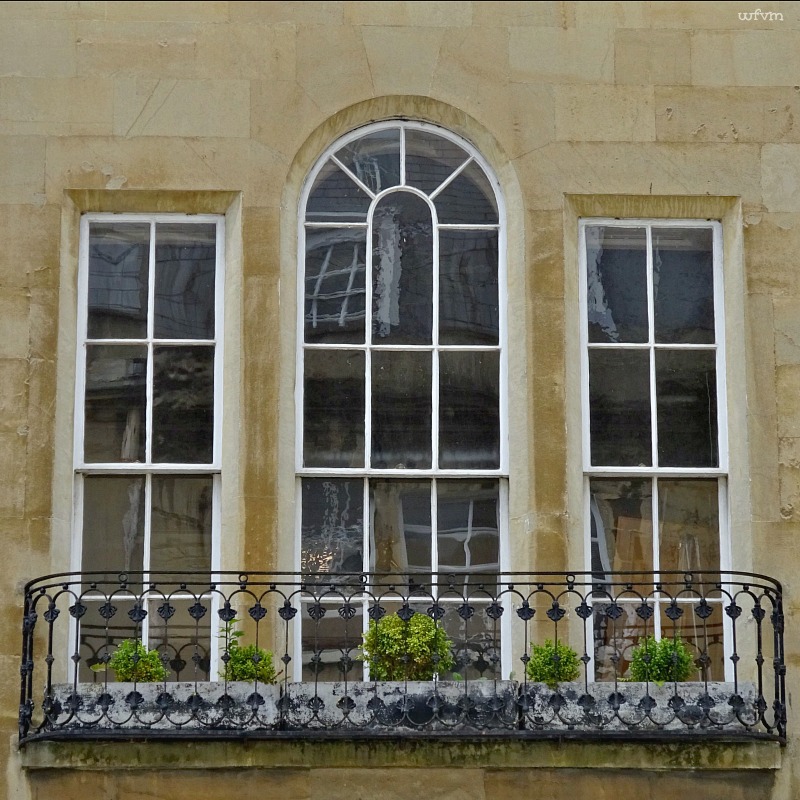 The Circus was designed in 1754 by architect John Wood shortly before he died, but his work continued and was carried on by his son, John Wood jnr.
As the name implies the buildings form a perfect circle with a grassy central island filled with large 300 year old trees 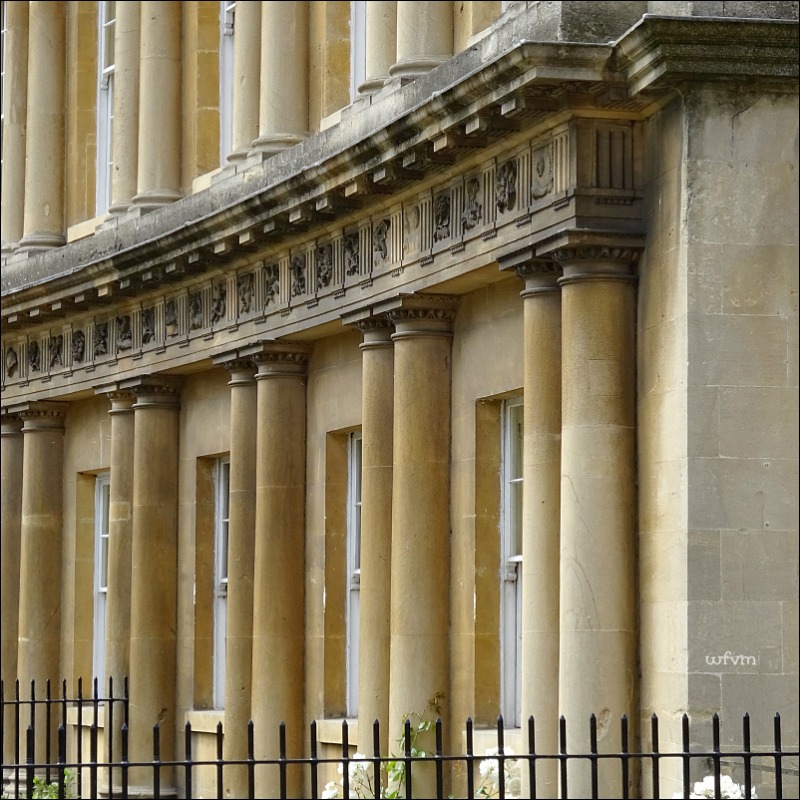 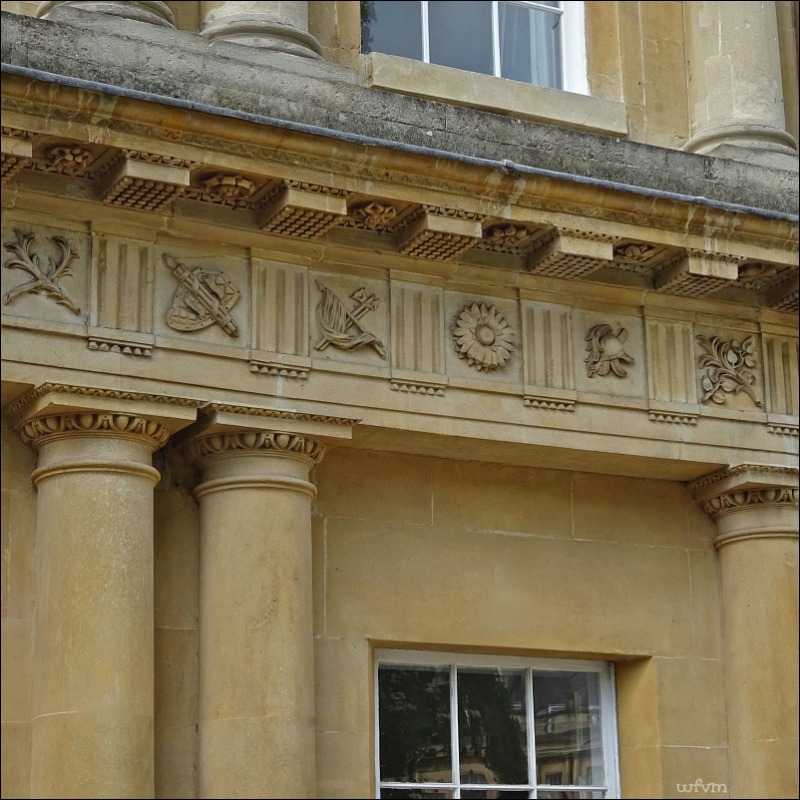 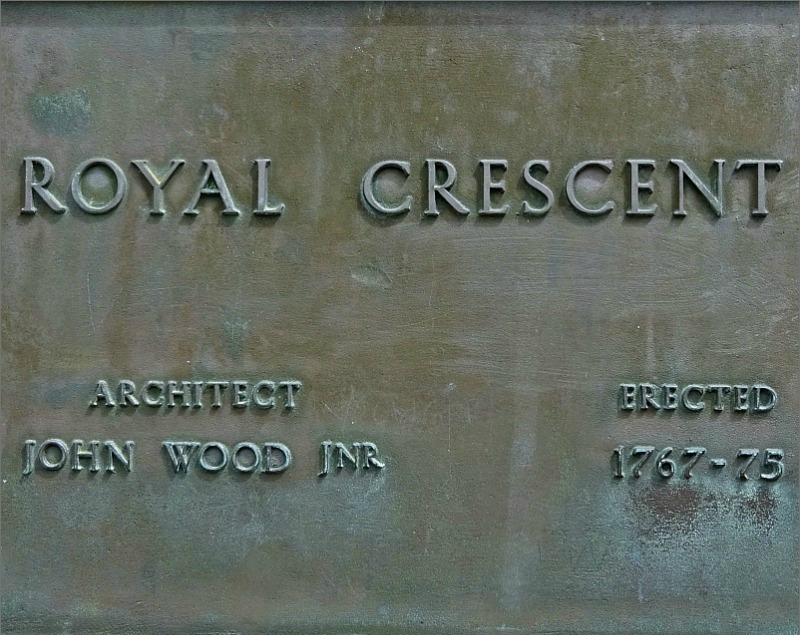 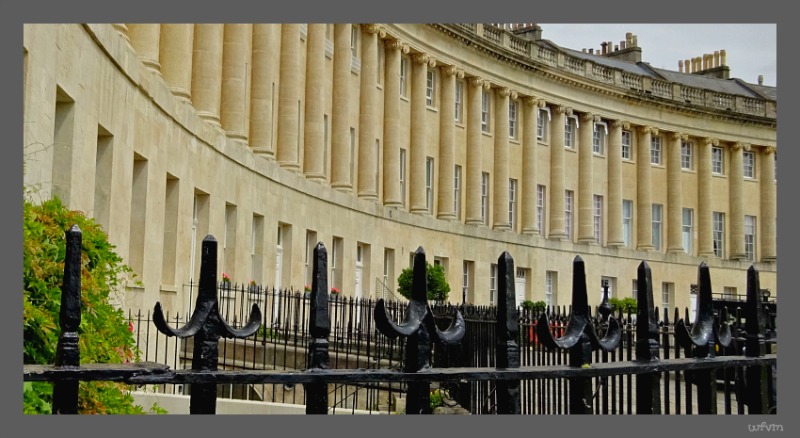 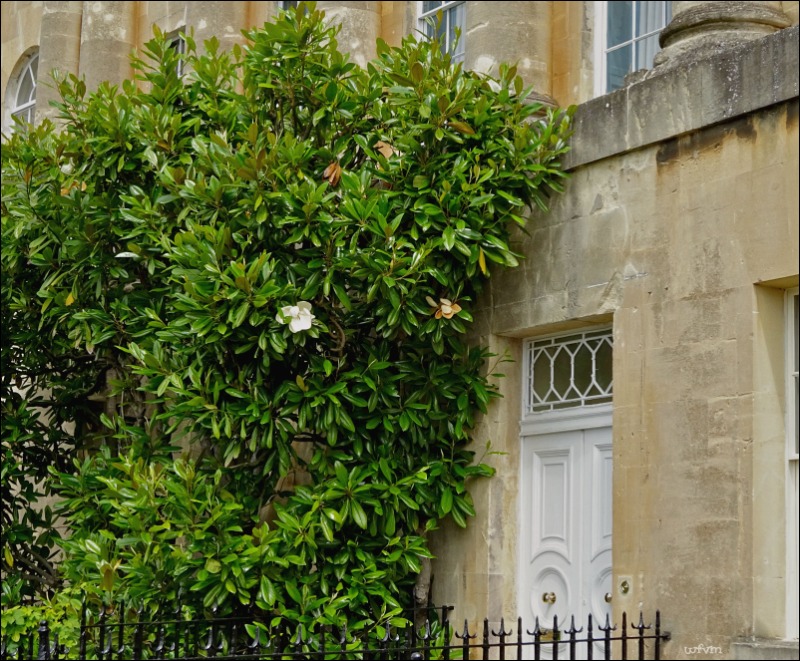 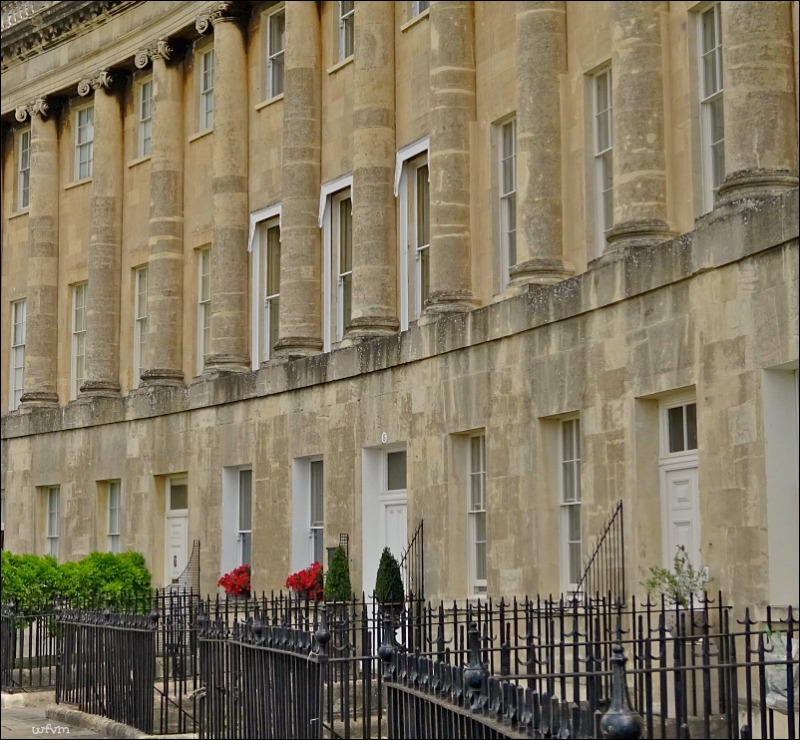 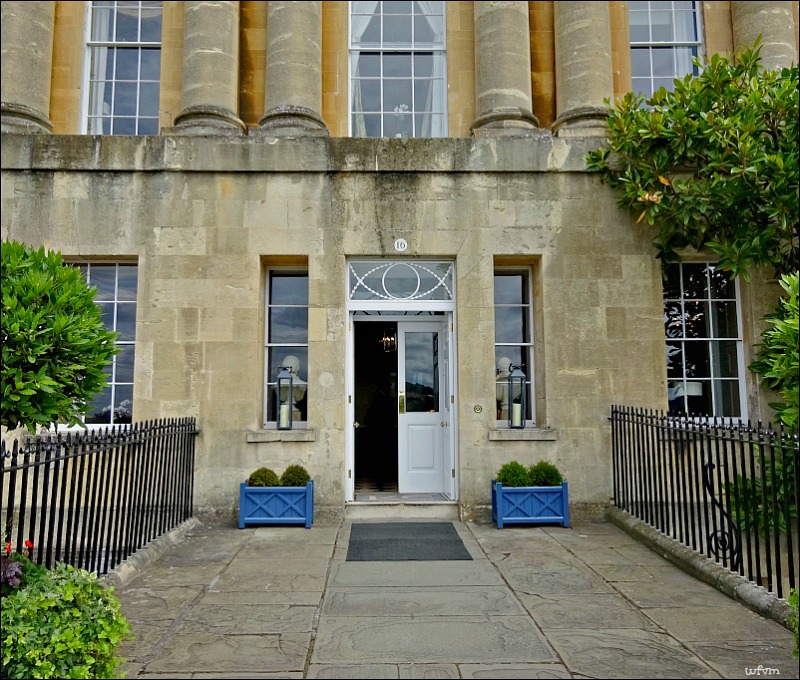 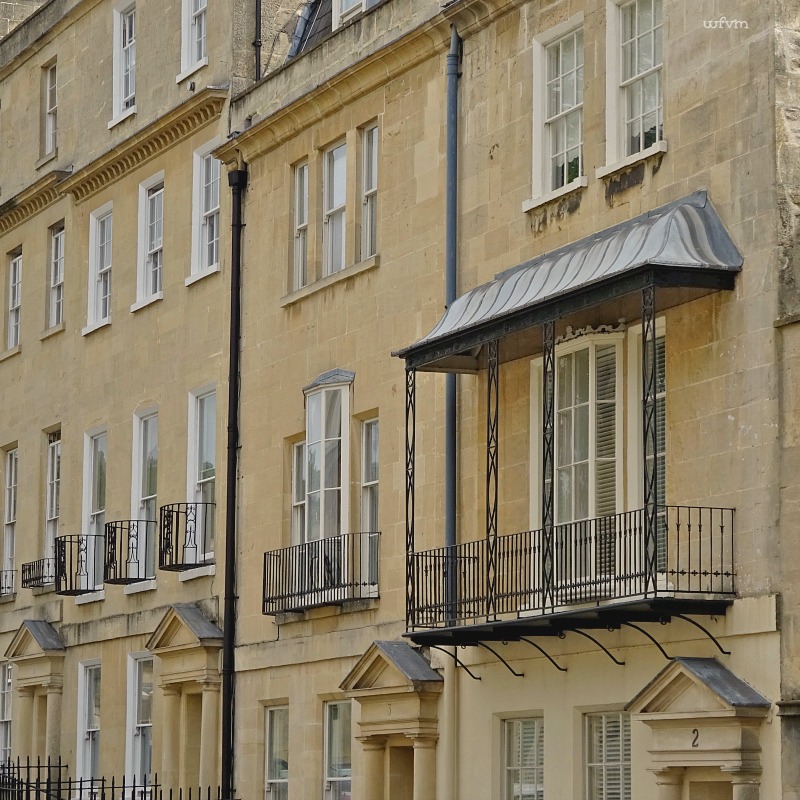 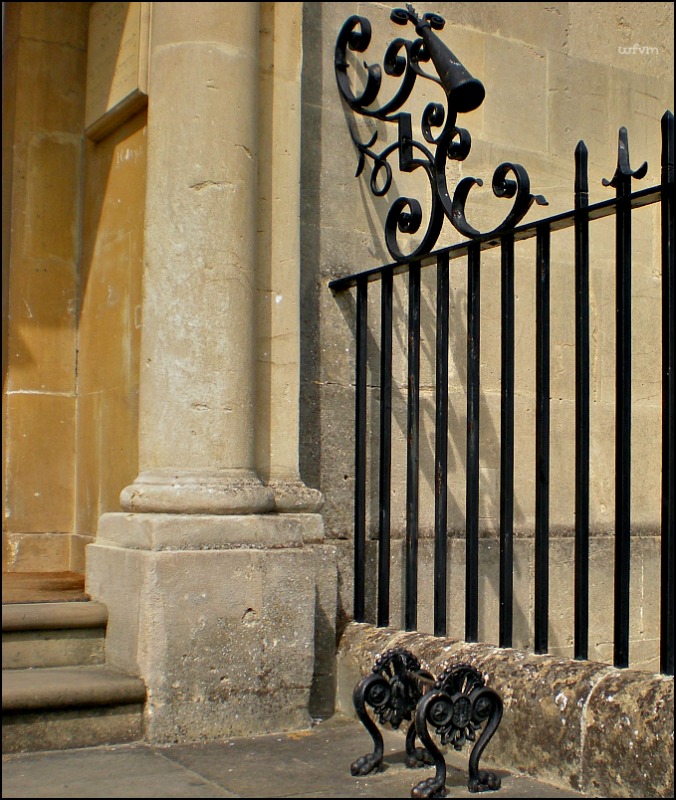 It pays to look carefully at the original ironwork - above can be seen a boot scrapper, and a torch extinquisher.
There was no street lighting in Georgian Britain, but the rich would have their dark nights lit by flaming torches. These were carried by a 'link boy' running besides them as they were conveyed home in a sedan chair following a night out at the opera or theatre 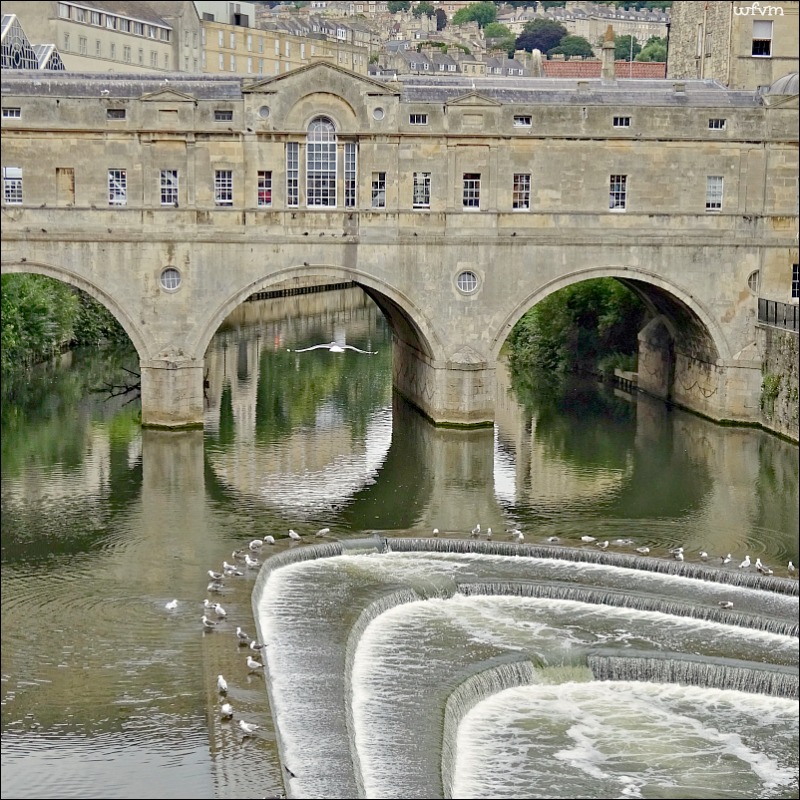 Cross over Pulteney Bridge, built in 1774 - designed by Neoclassic/Palladian Architect, Robert Adams.
There you can catch a boat or walk along the Avon's riverbank 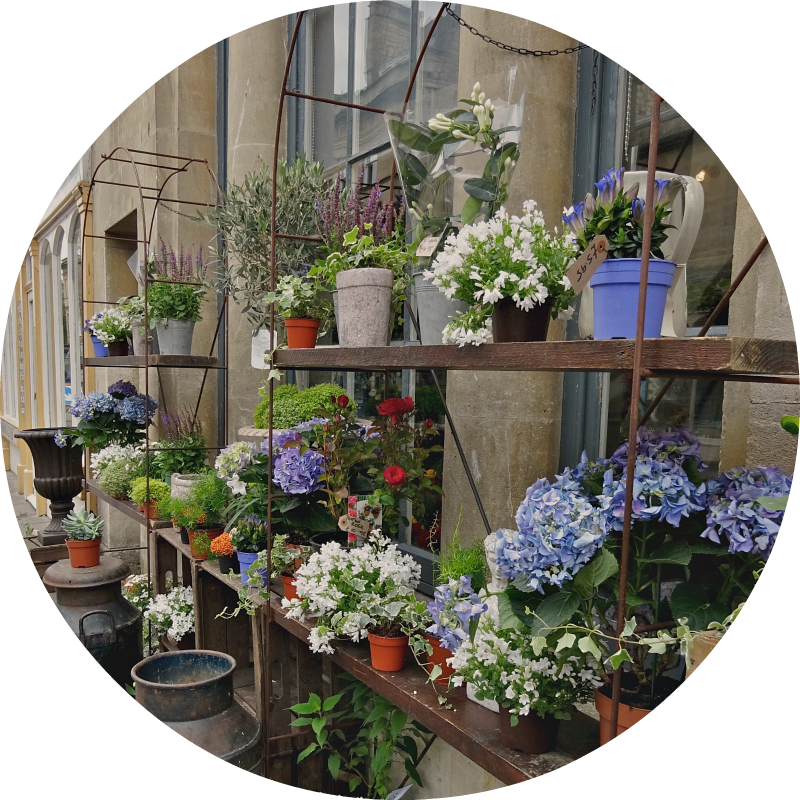 On the bridge you may enjoy sampling a delicious homemade cake in the tiny river view cafe, or visiting some of the little shops filled with interesting curios. 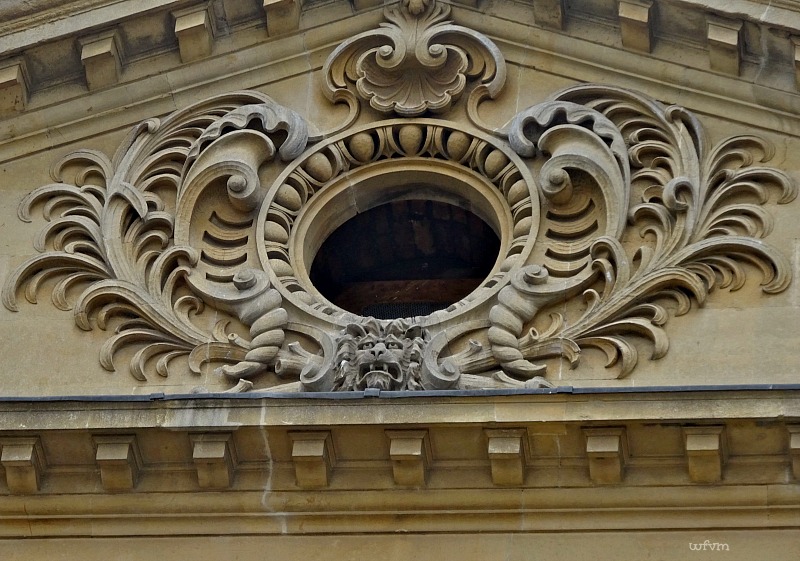 Jane Austen knew Bath as a thriving spa resort which in her day was extremely popular with fashionable society. Afternoon high tea would be taken in the elegant Pump Room with its glass chandeliers, perhaps followed by a musical soiree in the evening. There they would also imbibe a glass of spa water, which contains 43 different minerals, supposedly thought of as a cure-all for many ailments. 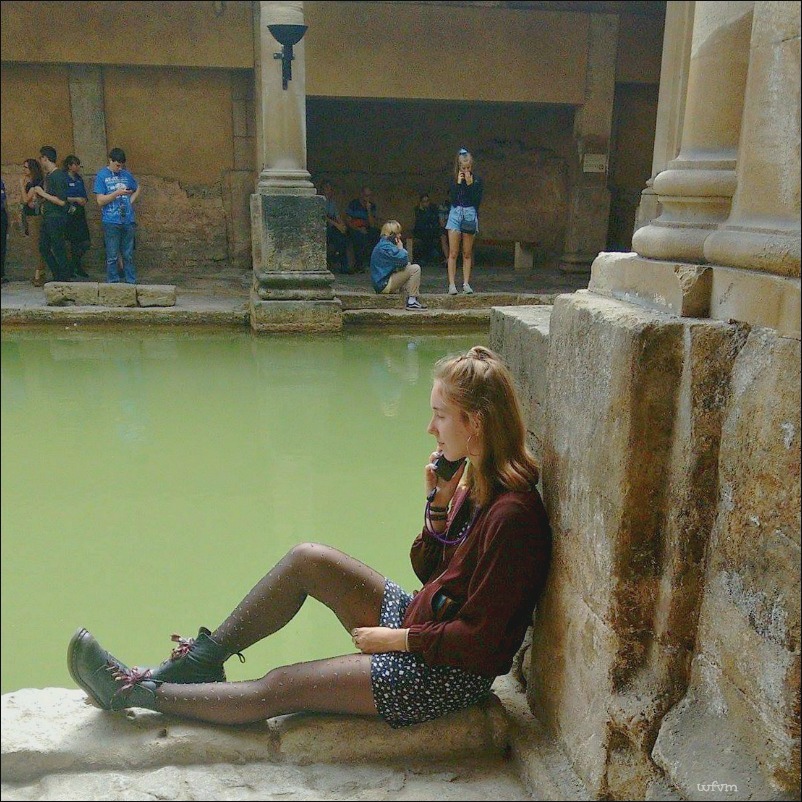 Take an extensive tour of the Roman Baths - one of the most historic sites from antiquity in northern Europe - the young people in this photo are not using mobile phones but they are listening to the included audioguides about the Romans, their life and their history. 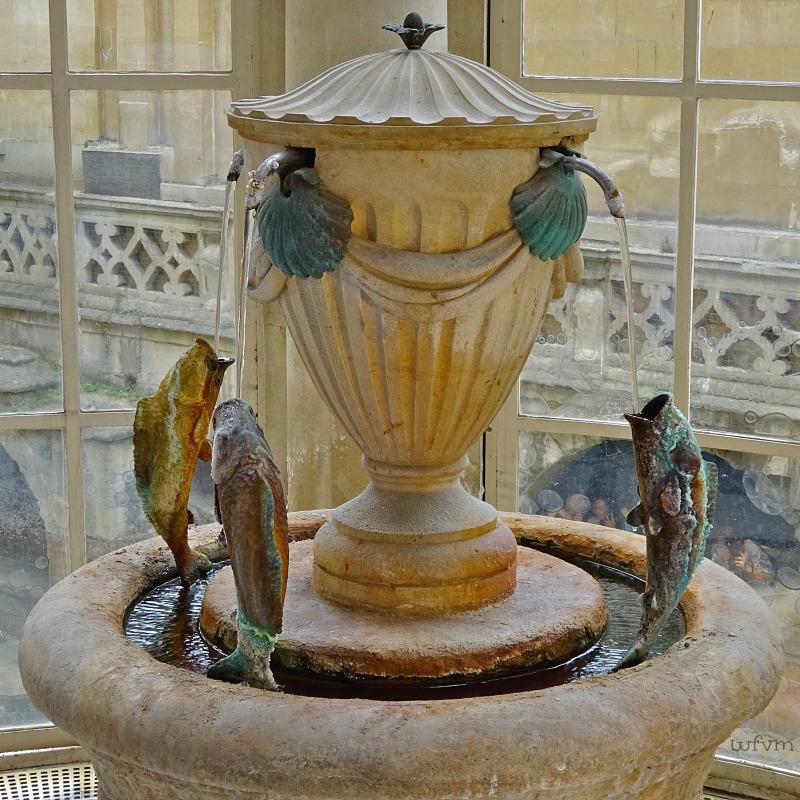 Finally end your visit to the Roman baths with a glass of health giving Spa Water, which is free, and tastes unbelievable. 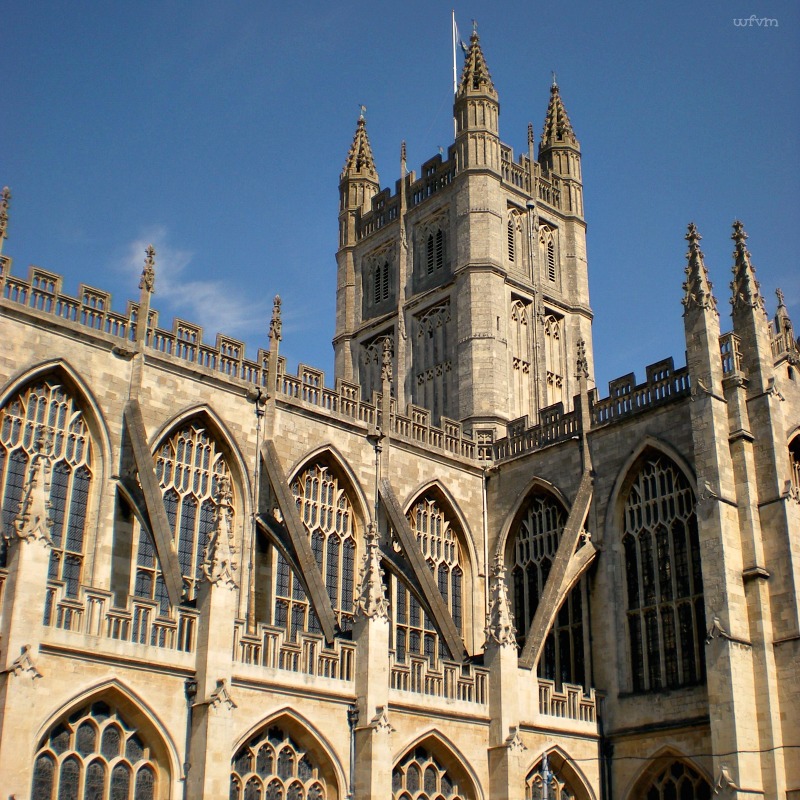 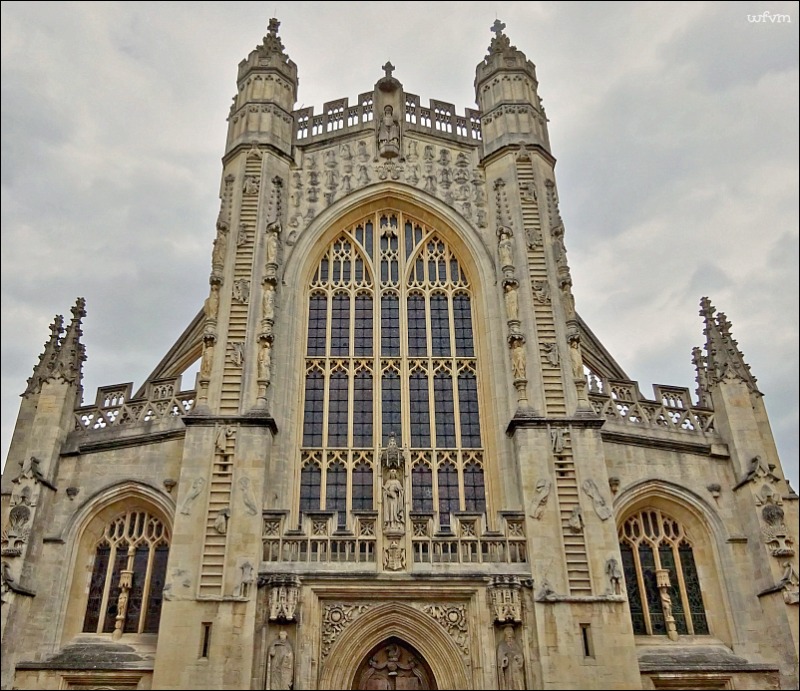 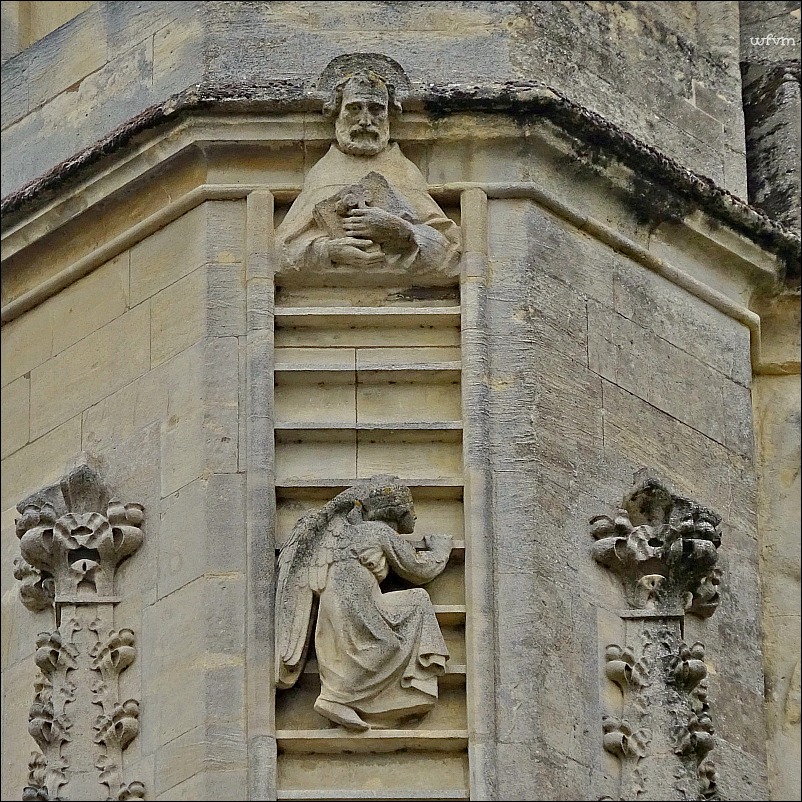 The Abbey is dedicated to St. Peter and St. Paul - each saint oversees the top of a ladder 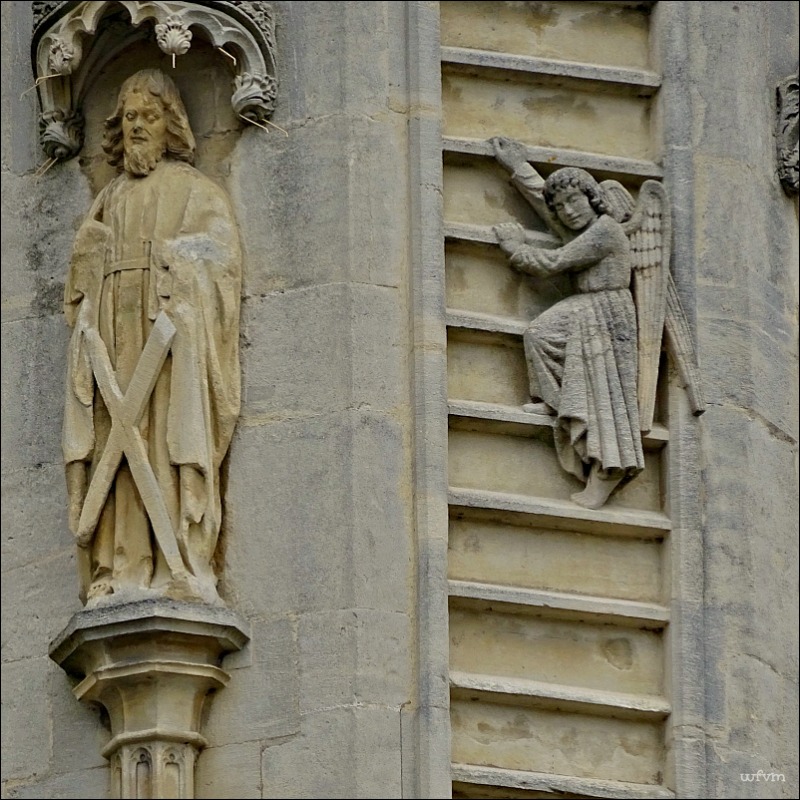 Worldwide there are countless artworks depicting Jacob's Dream - paintings, frescoes, prints, stained glass windows, but this is by far the largest 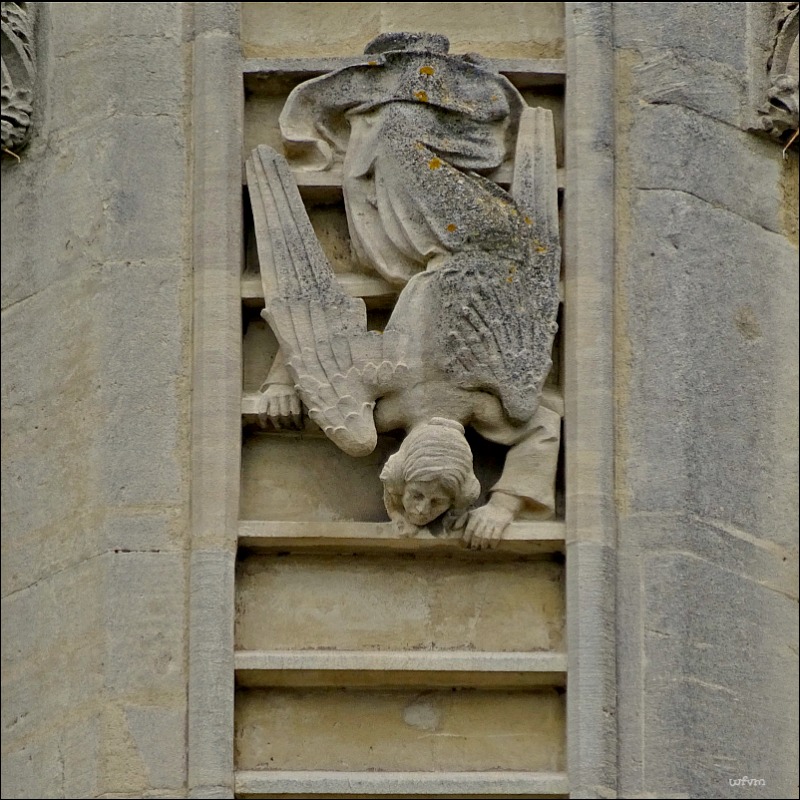 "Jacob had a dream in which he saw a stairway resting on the earth, its top reaching to heaven, with the angels of God ascending and descending on it". 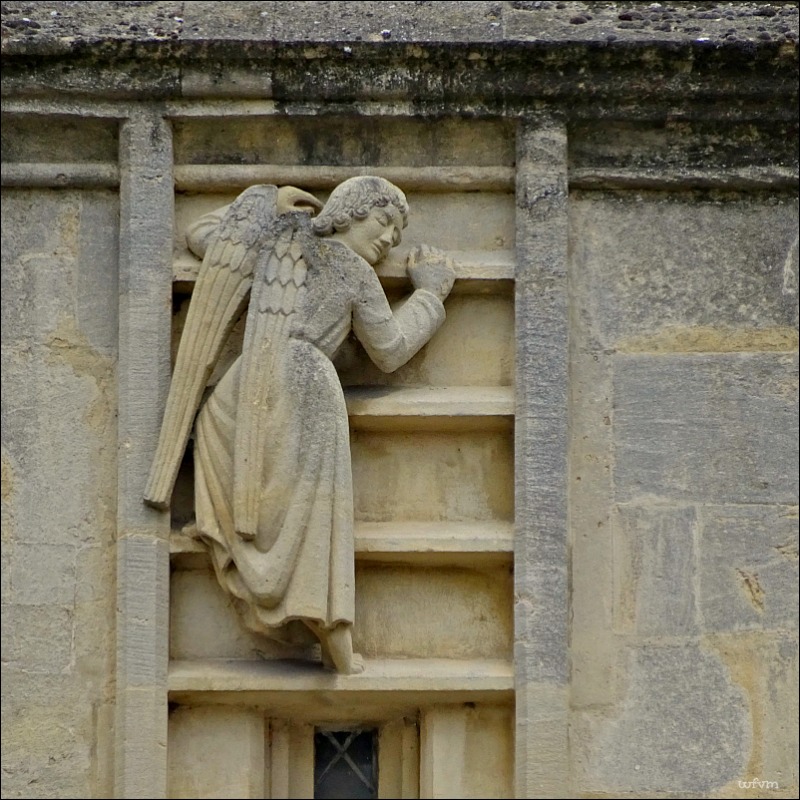 To see and admire this impressive stone sculpture carved over 500 years ago, I feel immense gratitude to those of our ancestors who left behind so many fine legacies for us all to appreciate and enjoy today. 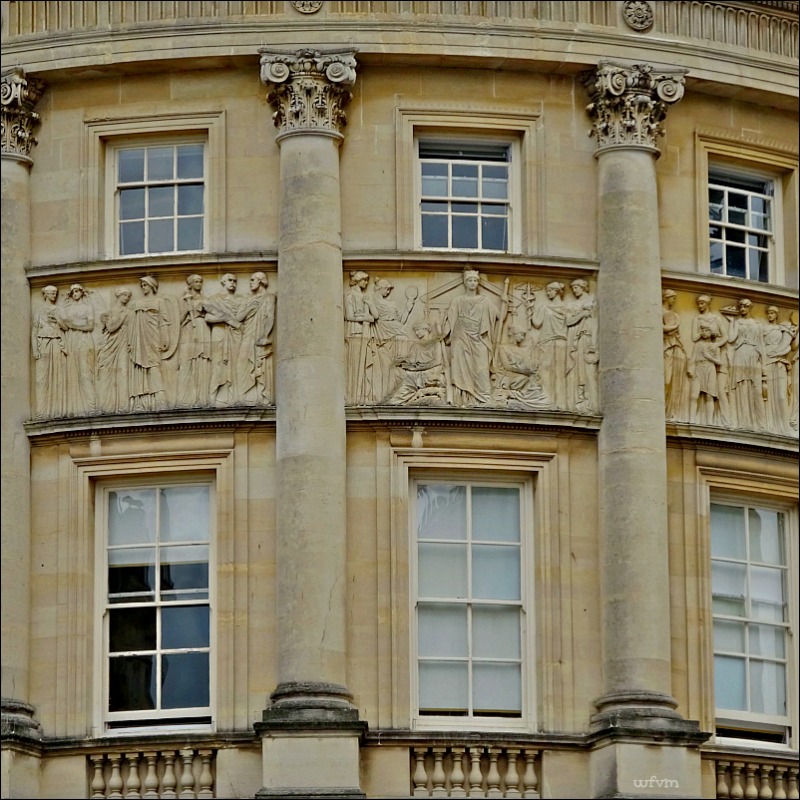