The Ballad of Julie Cope - The Second Tapestry

Part one finished with Julie and her two children separating from husband Dave when their marriage finally came to an end - Grayson Perry's second tapestry deals with what happens next. 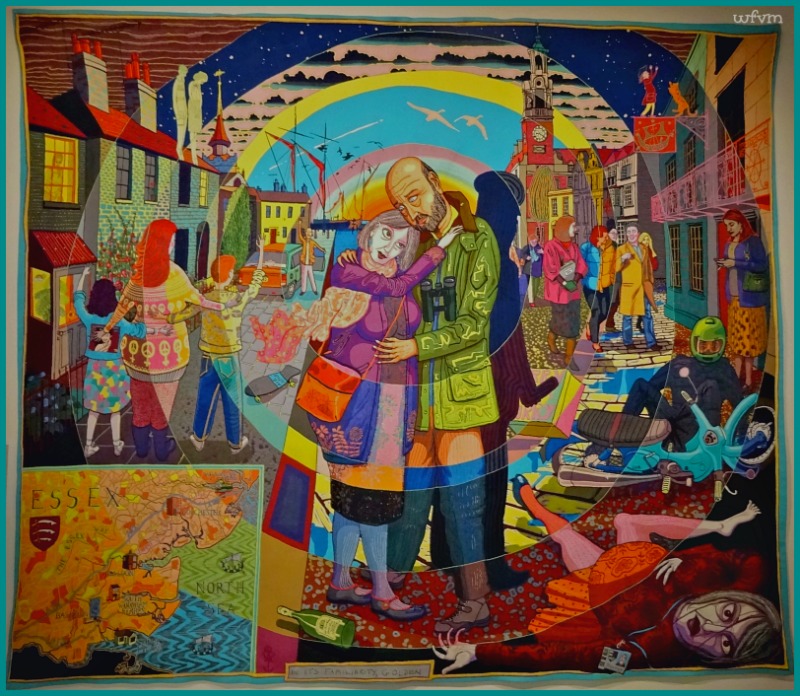 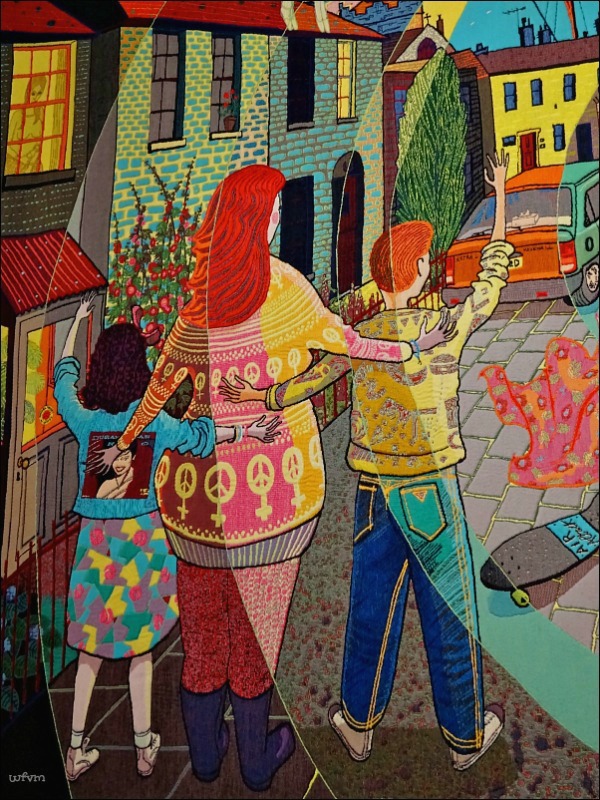 Life is hard for Julie but she has gained confidence and found her feet as a single women and mother.
This tranquil image, echoed by the peace signs on Julie's jumper, captures the new sense of harmony in her life after her divorce from Dave.
She holds her children Elaine and Daniel close as they wave to their father in the distance. 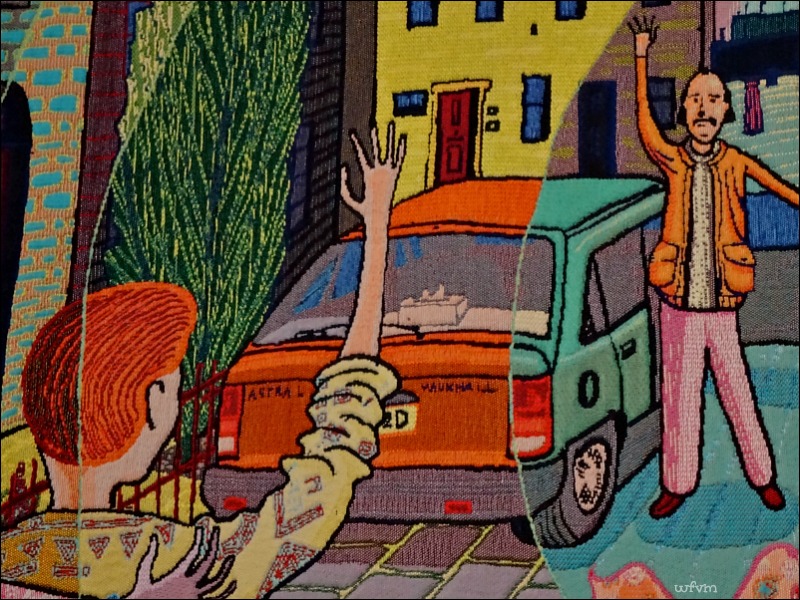 Despite his flaws Dave turns out to be a good father to both his children - Daniel and Elaine are growing up quickly and soon they will be leaving home to pursue their own lives. 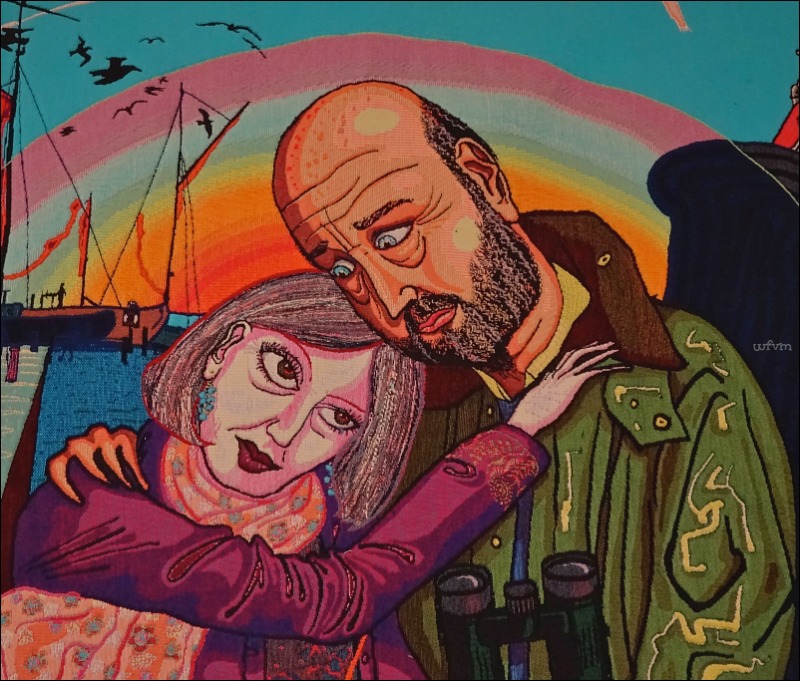 The children have left home, and now in her mid forties Julie attends the University of Essex, Colchester. There she meets Rob, an IT technician and divorcee, with whom she falls in love - they find profound happiness together. Rob takes Julie travelling to different parts of the world. Here they are happily embracing one another during a bird watching trip, a passion shared by both. 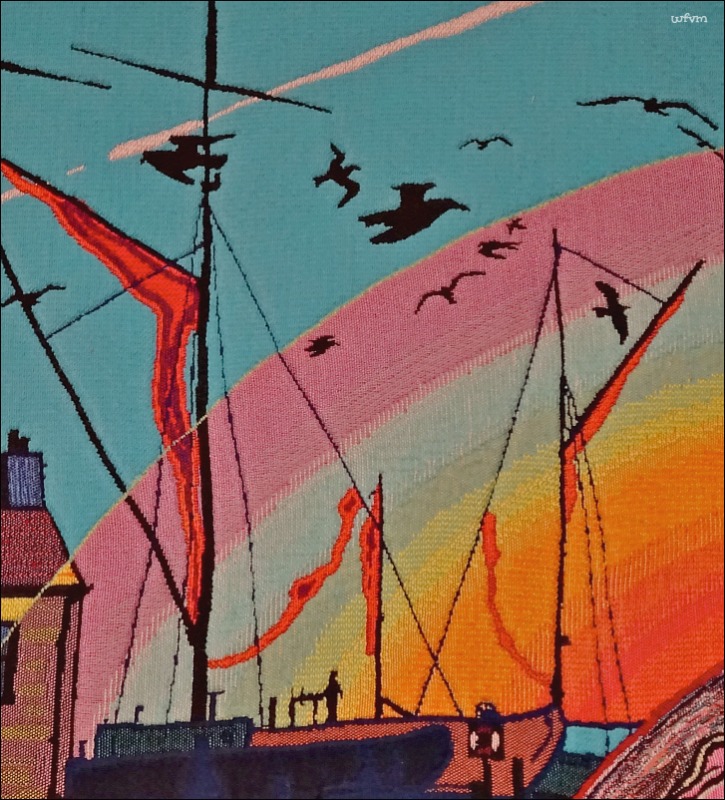 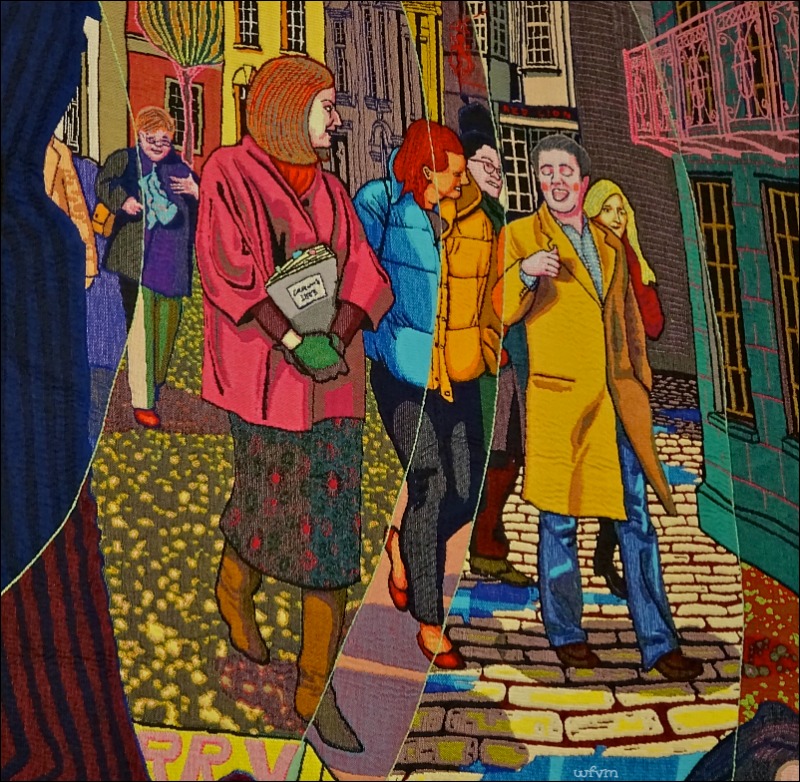 Life has changed dramatically for Julie - Daniel and Elaine are grown up, and she is now a Social Worker living in historic Colchester, the oldest recorded Roman town in Britain. Here she is walking down the street with her colleagues. She holds a file labelled "Casework 2003" which tells us that she is now 50 years old. 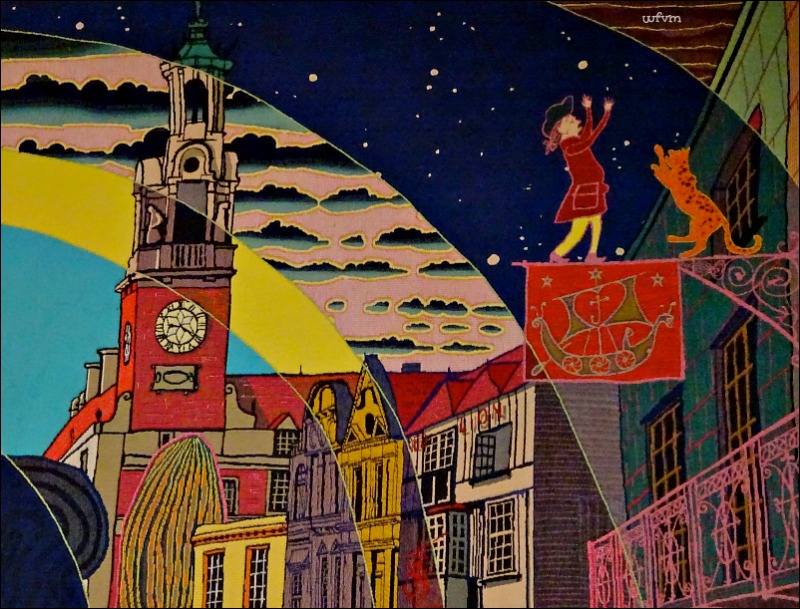 Julie is happy, she has a fulfilling job - she and Rob are now married and very much in love 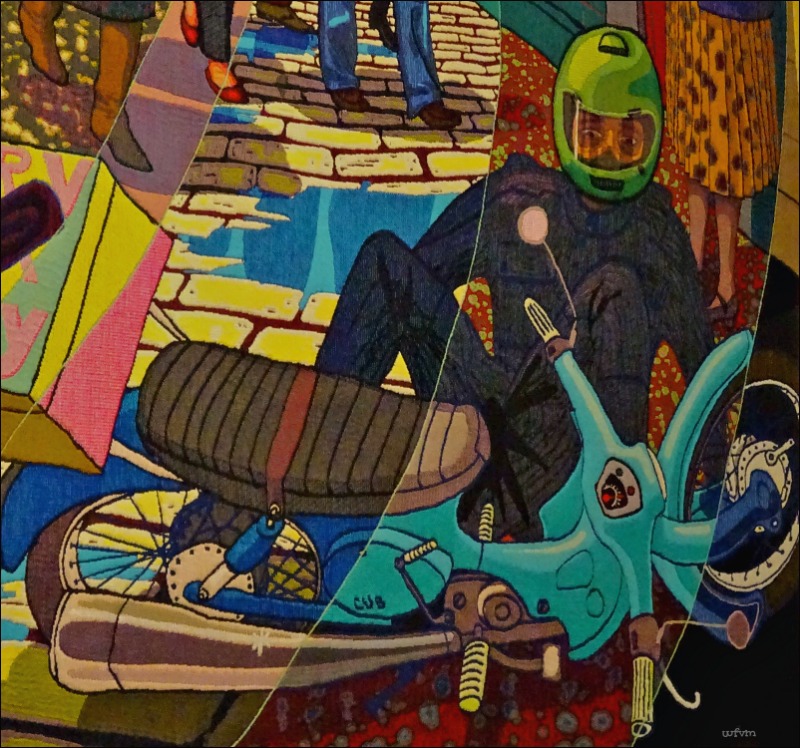 Julie, now aged 61, is crossing a damp street in Colchester whilst going about her duties. Suddenly a motor scooter, driven by a youth delivering curries, comes hurtling around the corner knocking poor Julie down - 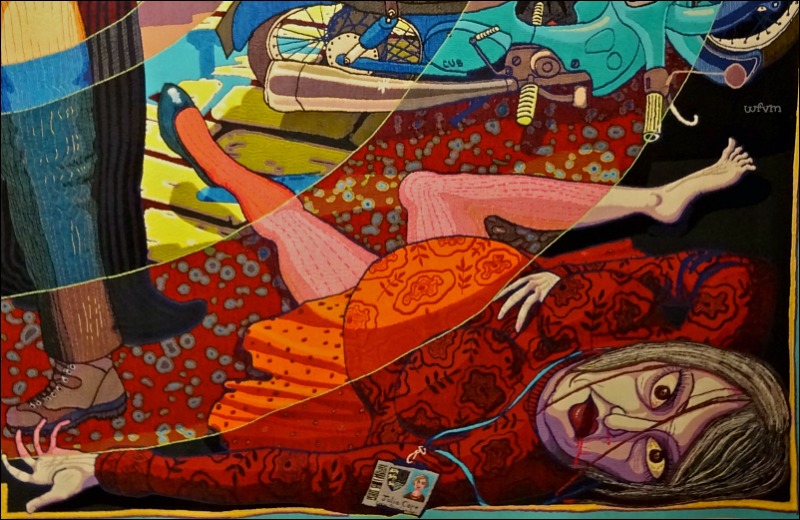 and she dies.
Julie, aged 61 years (1953 - 2014) - an everyday women from Essex
R.I.P
❖❖❖❖❖❖❖❖❖❖
This is not the end of Grayson Perry's fictional story;
heartbroken Rob had promised that should Julie die before him, he would build a Taj Mahal – a place of pilgrimage, a shrine, a monument to Julie and to their love.
To this end Rob kept his word - 'Julie's House' now sits on the banks of the River Stour in Essex.
To take a video walk around Rob's shrine click here.
There is also a Channel 4 programme here about Perry's Dream House - as far as I am aware this can only be viewed within the UK.
Posted by Rosemary at 08:14