The Ballad of Julie Cope - The First Tapestry

Grayson Perry enjoys an international reputation for his colourful and unusual pots, but is now gaining a name for his fantastical tapestries. His latest two tapestries present his own fictional story about an everyday Essex girl called Julie Cope. The tapestries represent the trials, tribulations, celebrations and mistakes of an average life lived. Historically, large-scale tapestries provided insulation for grand domestic interiors; Perry has juxtaposed its associations of status, wealth and heritage with the current concerns of class, social aspirations and taste. 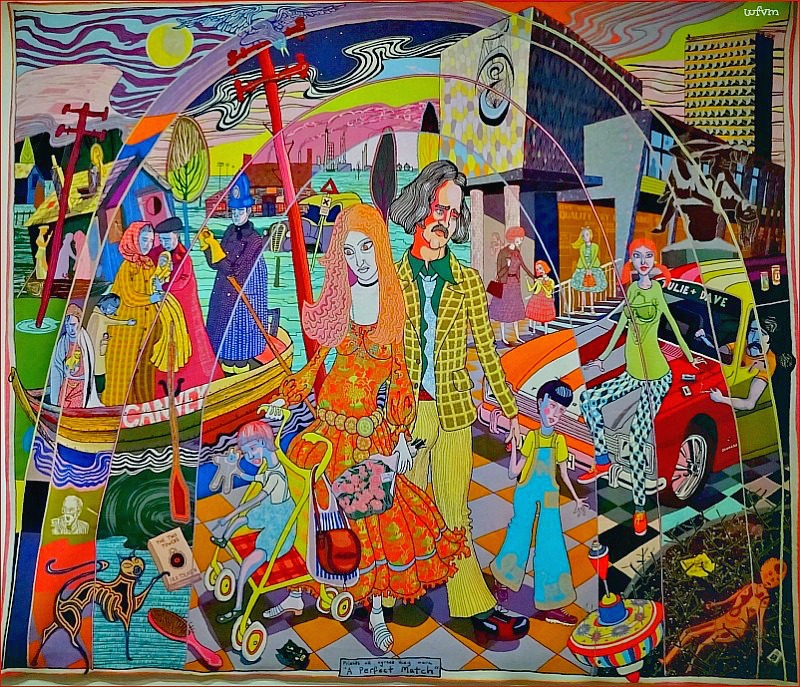 Baby Julie arrived into the world on the 1st February during a great flood on Canvey Island in 1953 - she was the second born daughter of June and Norman Cope. 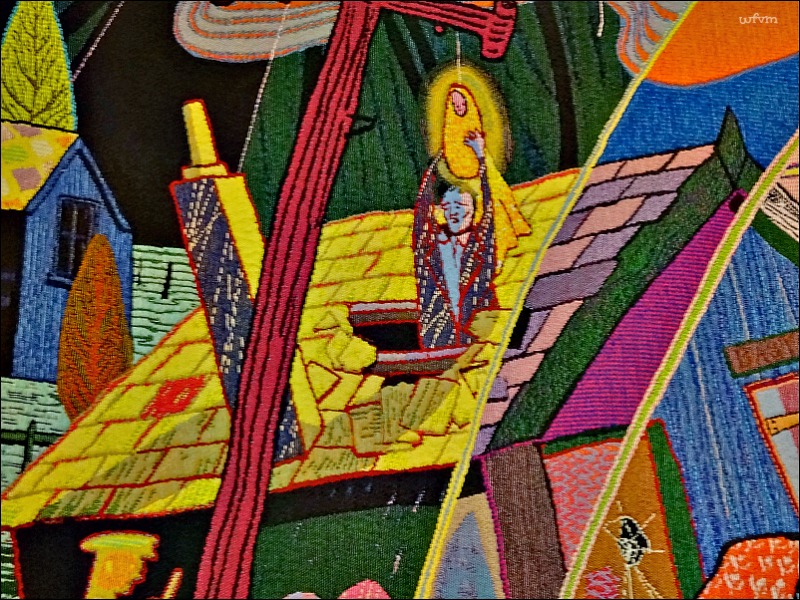 Her father used a broken chair leg to breach the roof of their home so that he could hold newborn Julie aloft and save her from the ever rising flood. 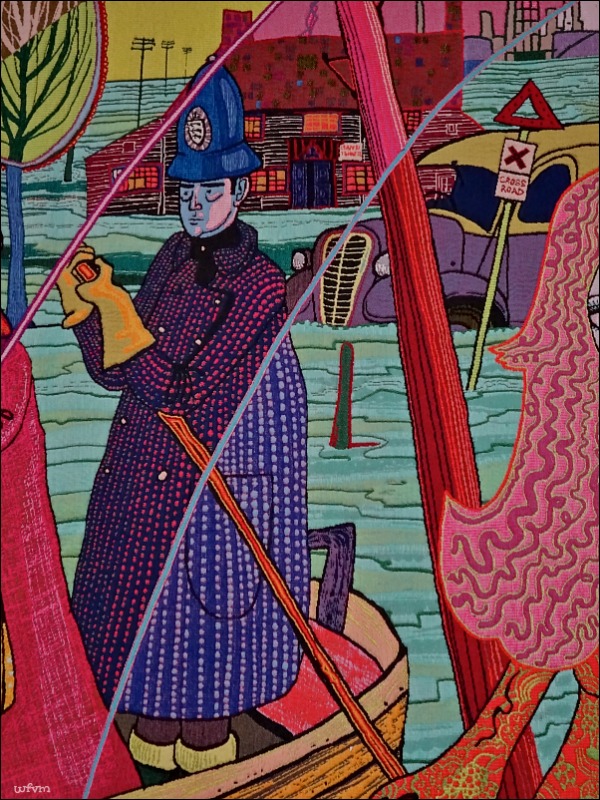 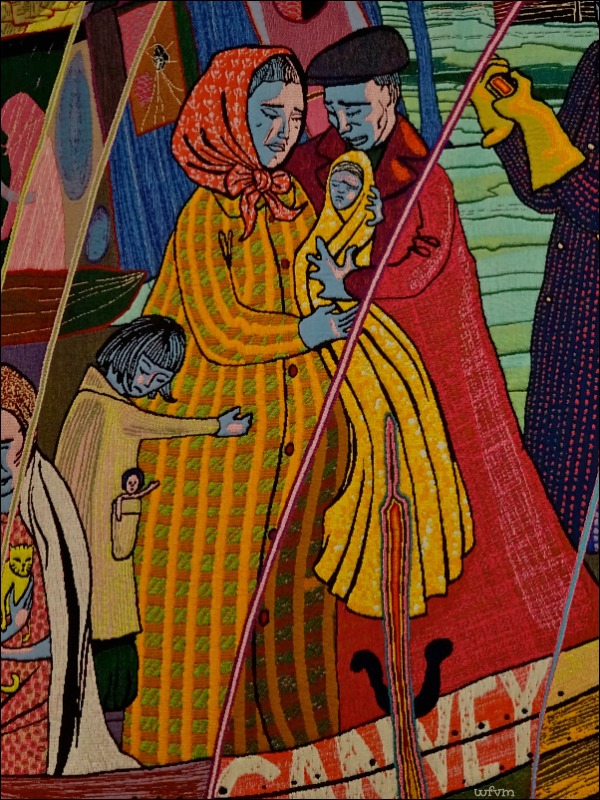 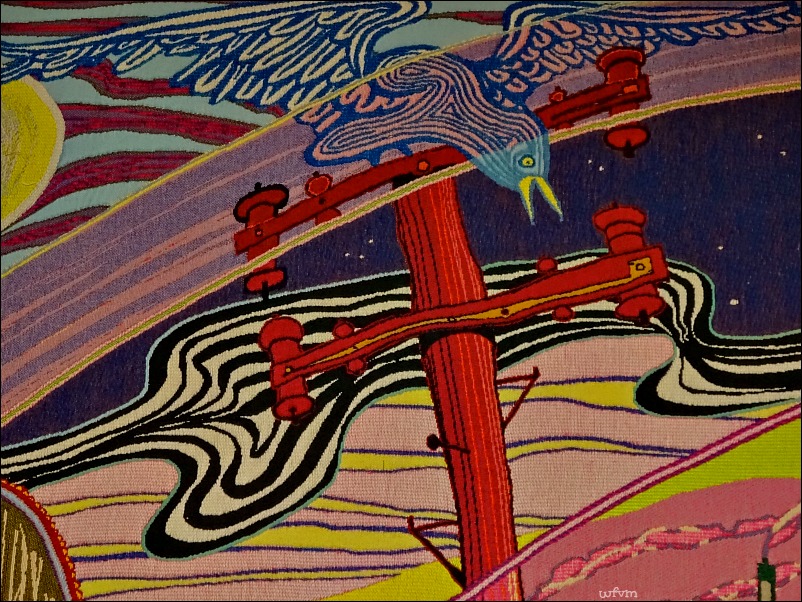 Perry created this rich visual story on a computer. He then worked closely with a digital mediator and tapestry weavers to translate the vivid 1970s colour palette of his original digital drawings into a woven textile. Like an impressionist painter, he maintains the vibrancy of the palette through a combination of woven colours that are blended by the viewer's eye. 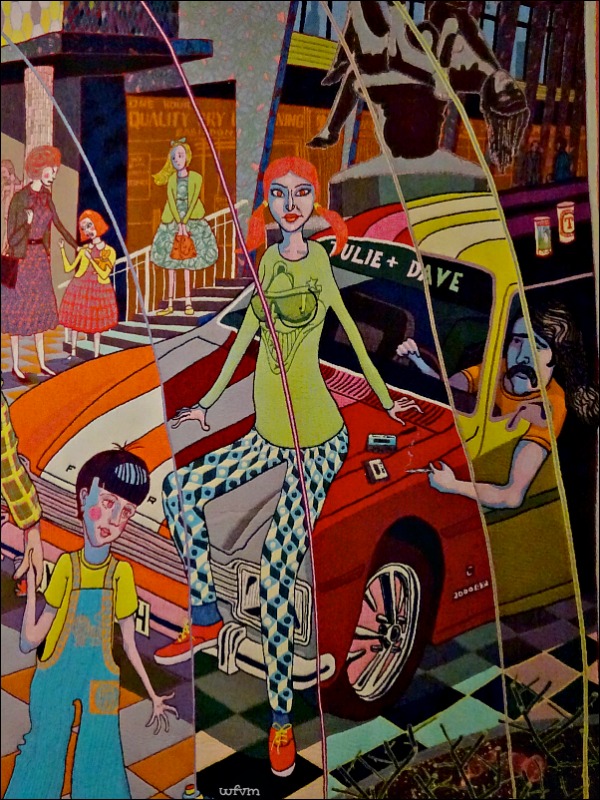 Julie is now a teenager - 16 years of age. She lives in the new town of Basildon in a 1960s concrete tower block where rather strangely the street names are taken from Tolkien's 'Two Towers'. She has met and fallen madly in love with Dave. On her green t-shirt is the logo of Dr. Feelgood, a punk band from Canvey Island where she was born. 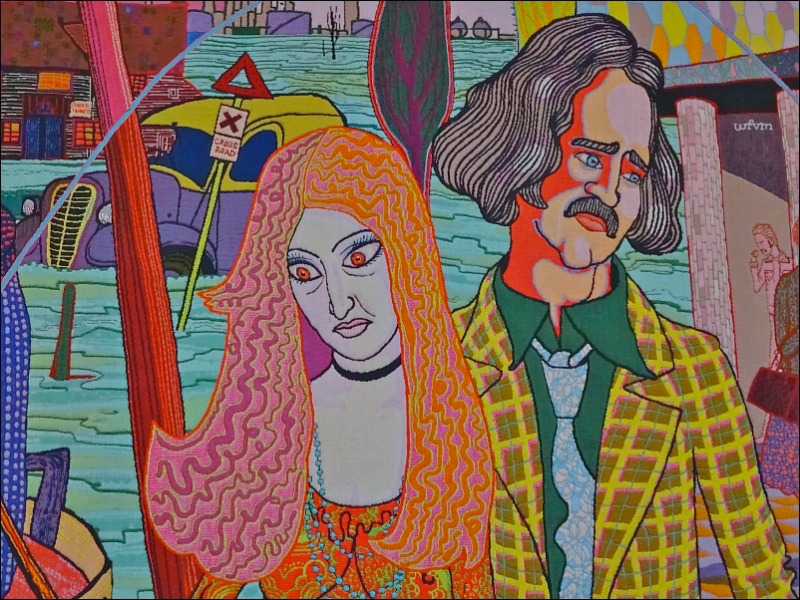 Julie has married her teenage sweetheart Dave, and everyone agrees that they are the perfect match - but are they? This family portrait shows ominous signs as Julie and Dave look away from one another. 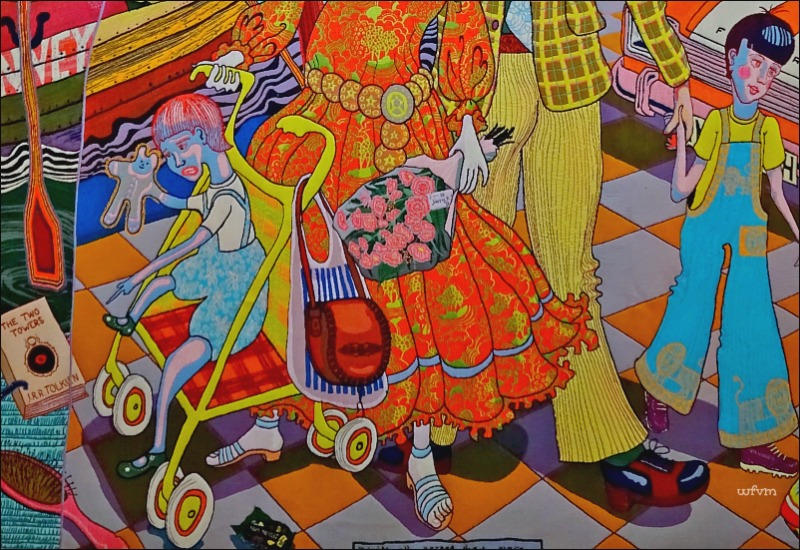 Julie and Dave now have two children - a boy called Daniel, and a girl called Elaine 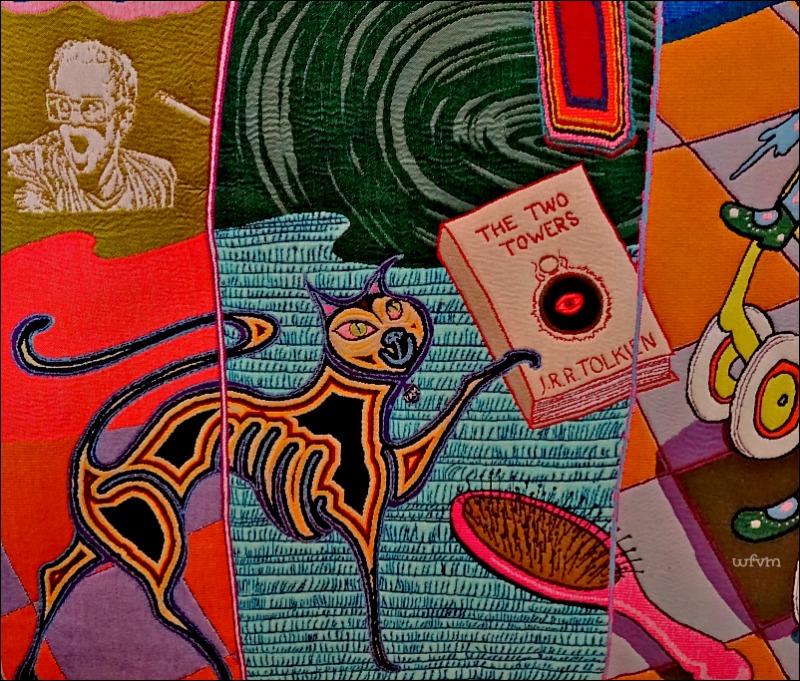 Julie named her first born child, Daniel, after a 1973 hit single by singer Elton John - her choice, not Daves - Elton John's music was not his taste. 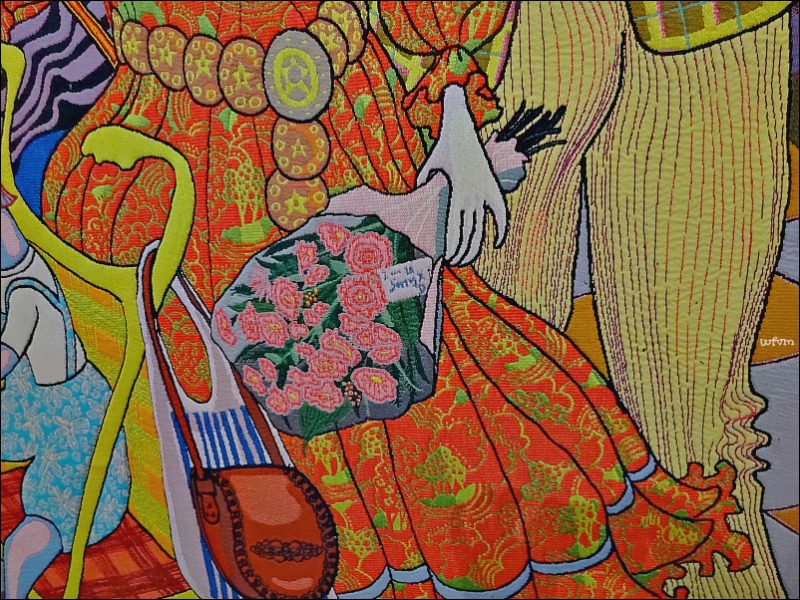 'I'm so sorry, D x'
Julie's bouquet bears an apolgetic note from her unfaithful husband Dave which points to the future breakdown of their marriage forever.
********
Next time, the second tapestry shows the story of what happened to Julie and her children in their new life without Dave.
Posted by Rosemary at 08:55