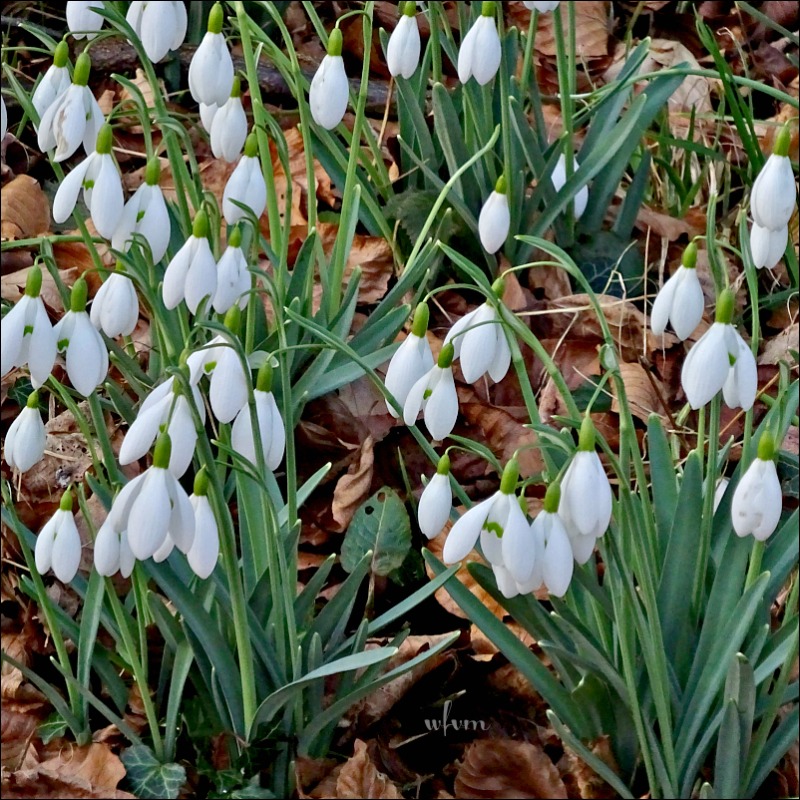 Common Snowdrop Galanthus Nivalis
As Mother Nature lifts her winter veil those much loved harbingers of Spring, the snowdrops, are once again nodding their heads in greeting. In February many gardens open their gates to the public giving anyone who is interested a chance to catch these first signs of spring.
In this area of the Cotswolds there are five particularly renowned snowdrop gardens. Having shown two of them - Newark Park in 2013 and the Rococo Gardens in 2016 this third one has a completely different ambience. The house and the garden were both designed in the local vernacular 'Cotswold Arts and Crafts' style overlooking a quiet valley. In the 1930s, Norman Jewson, the Arts and Crafts architect/designer used local stone for the garden terraces which gradually descend down the side of the valley. 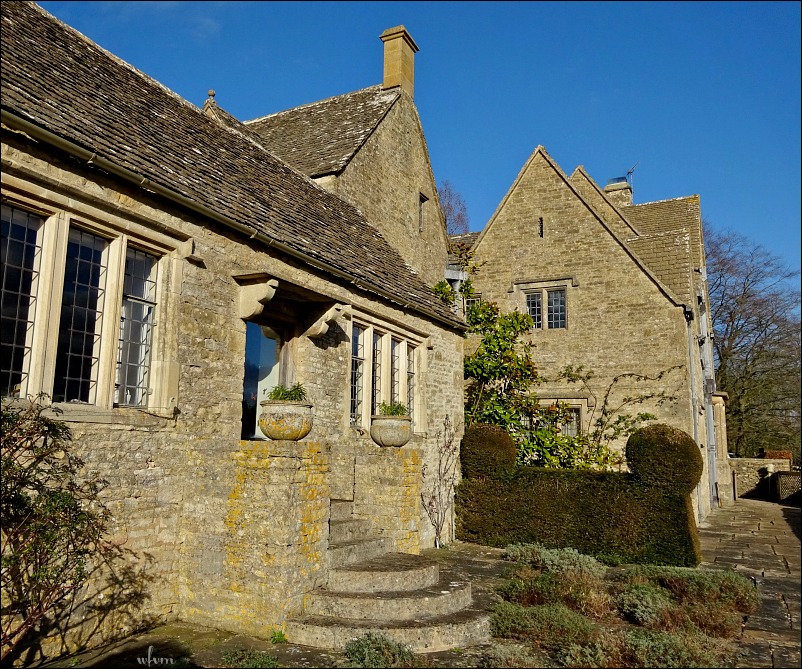 The house was originally a small Cotswold stone farmhouse with a stone barn and cow byre forming a small farmyard. The original farmhouse dates back over 300 years but the stone barns were added 100 years later. In 1900 the house was doubled in size, and then in 1926 Sydney Barnsley, the eminent Cotswold architect/designer was employed to add two new wings in the 'Arts and Crafts' style. Norman Jewson at that time was his assistant, but eventually became responsible for completing the work following Barnsley's death. 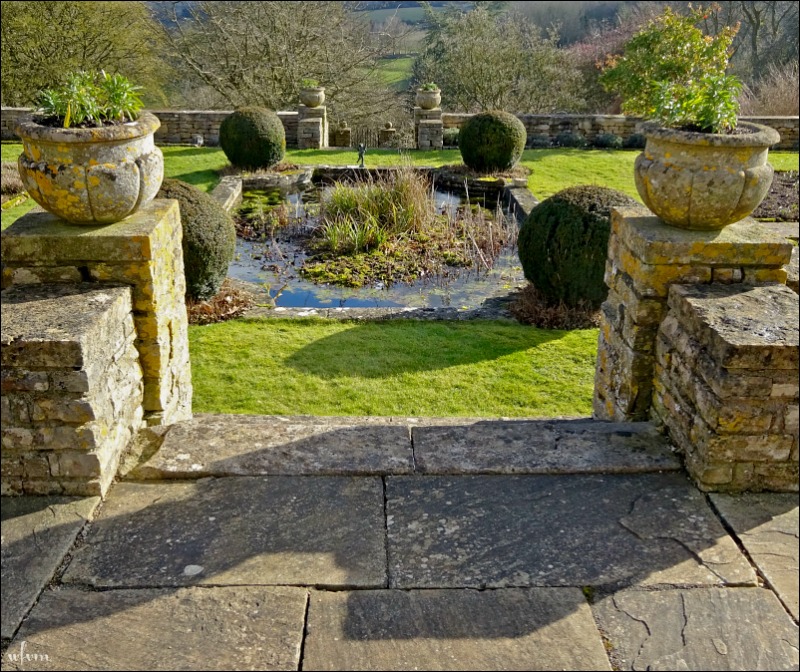 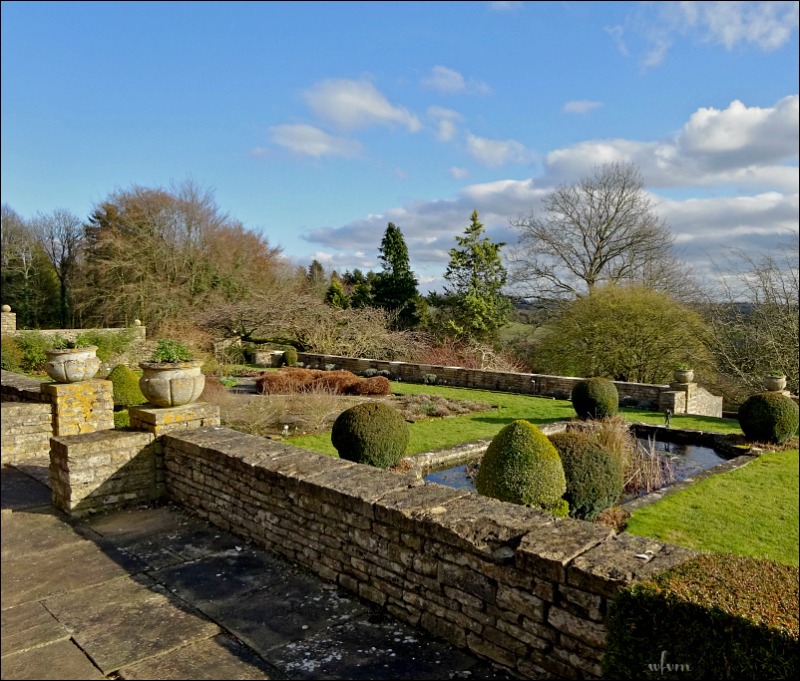 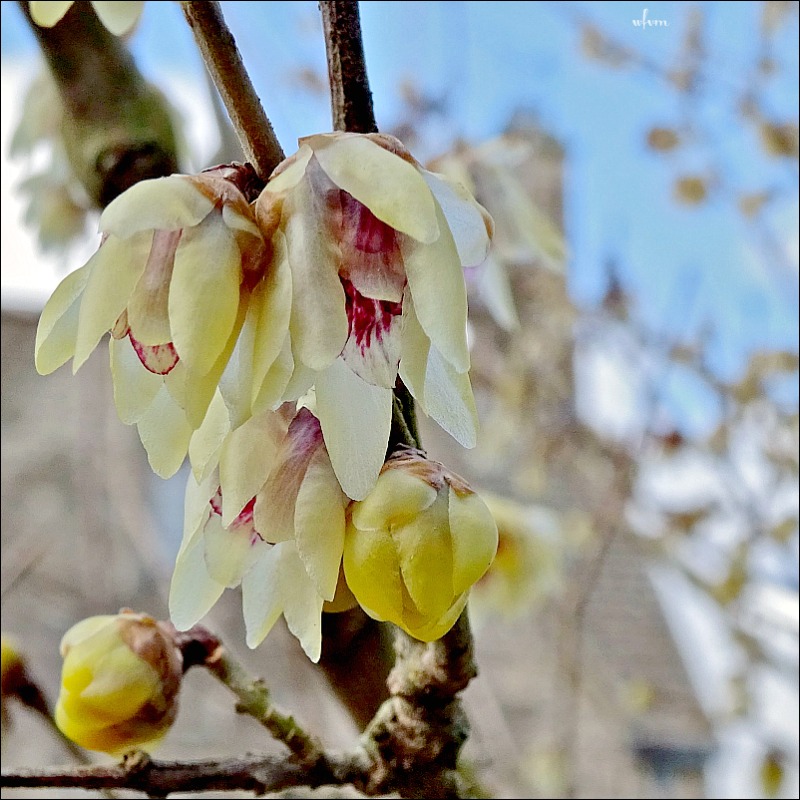 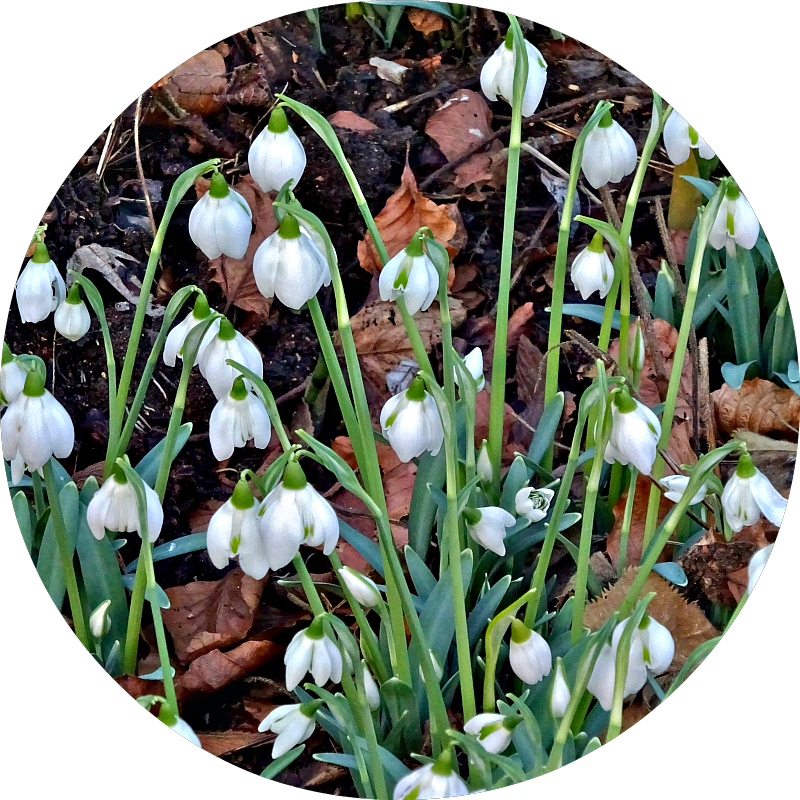 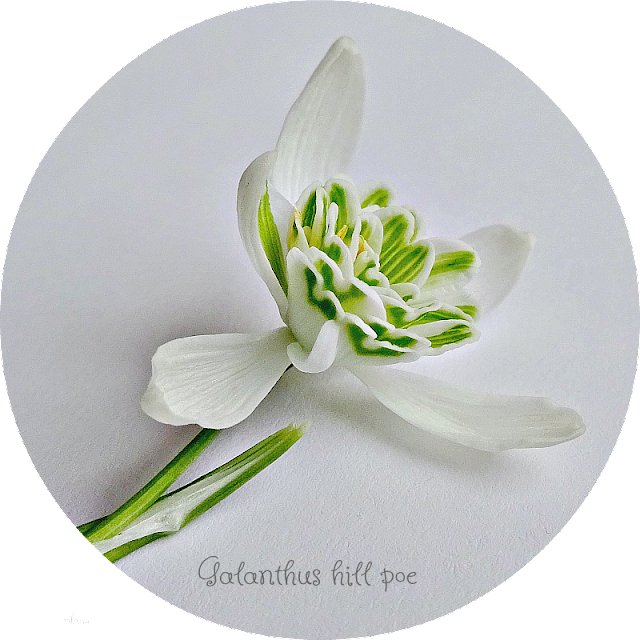 It is extremely difficult to photograph the underside of a snowdrop without lying on the cold ground so this snowdrop was brought indoors. 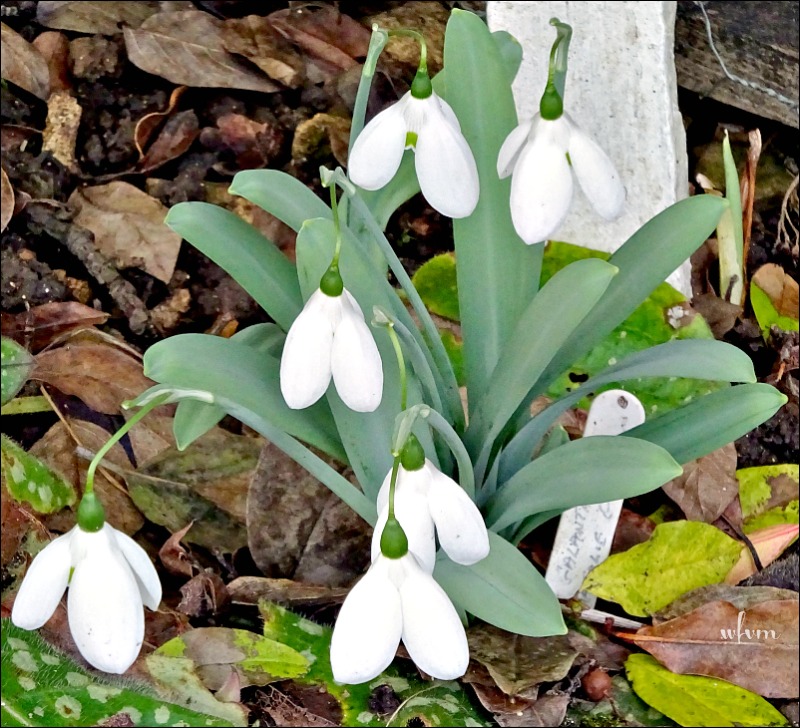 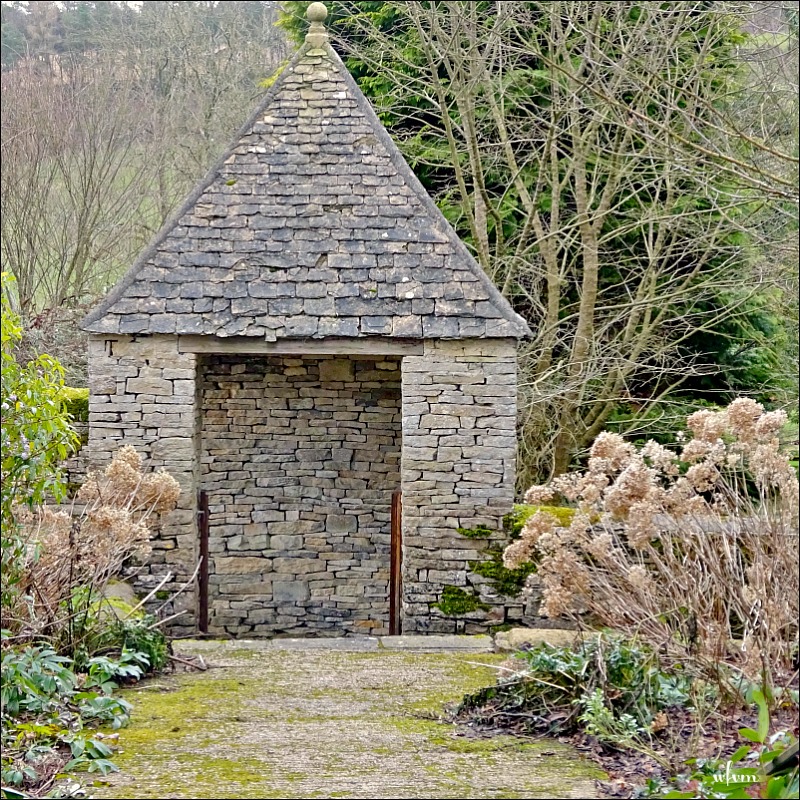 The terracing gently leads you down to the foot of the valley and the Bog garden. 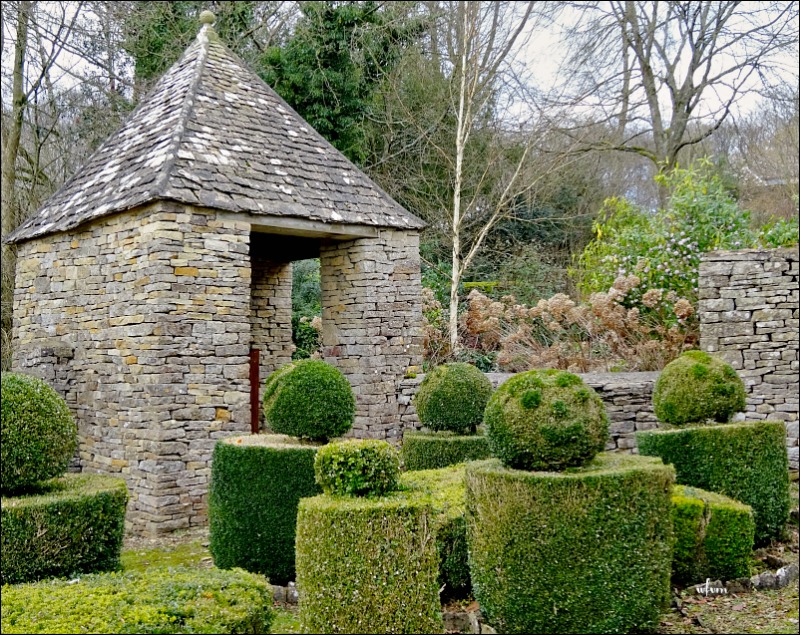 I do hope that the blight on this Box topiary has the same strain of disease that my plants suffered from. To my delight, and most curiously, my box balls have now completely recovered and regrown. 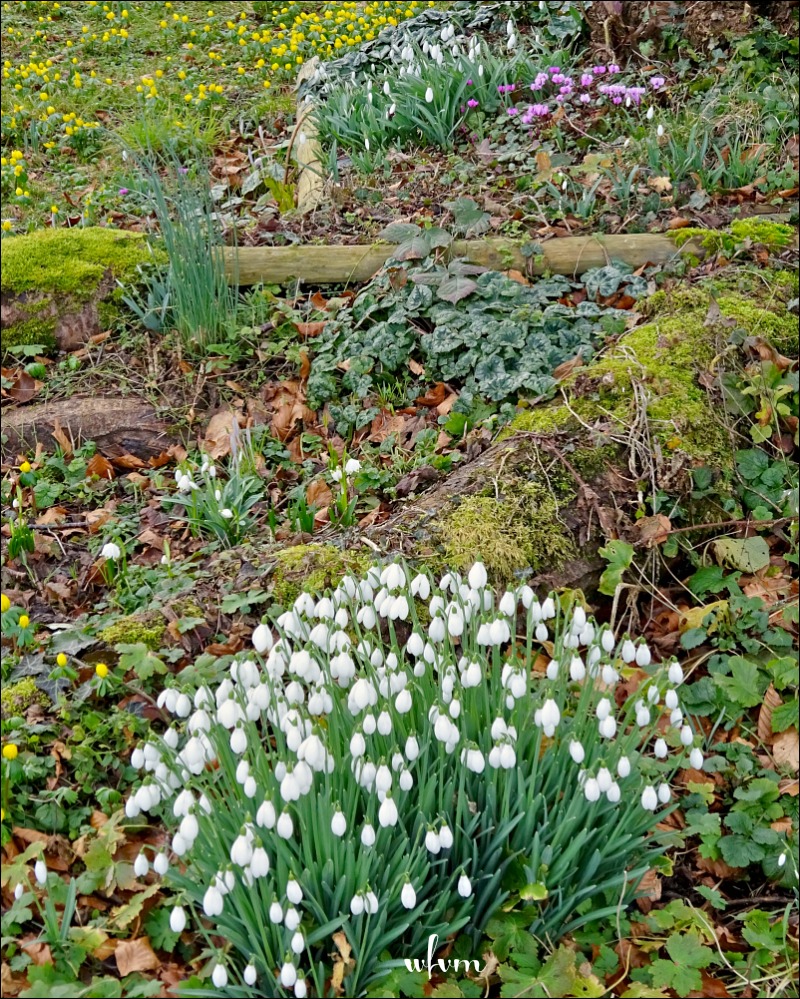 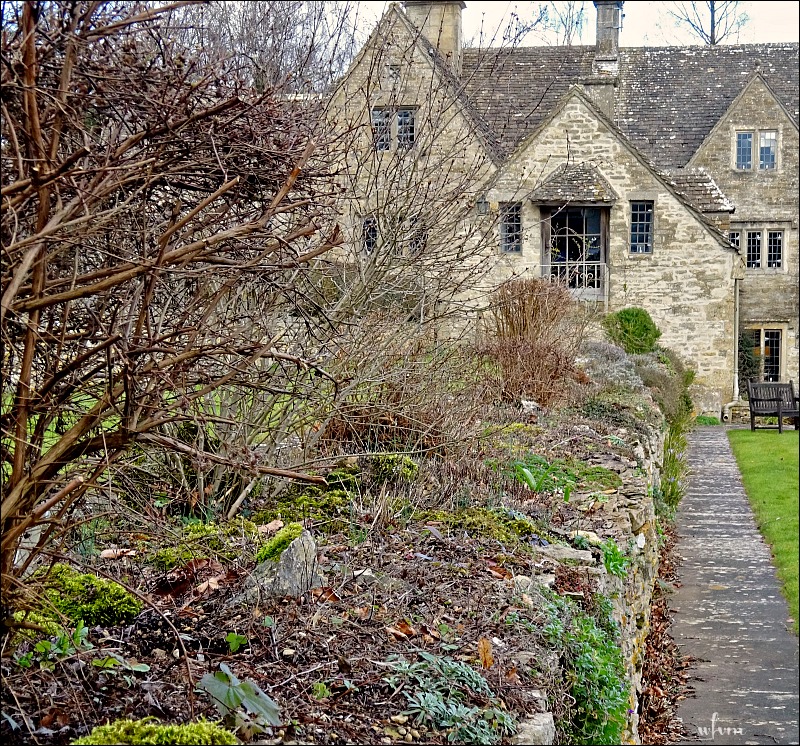 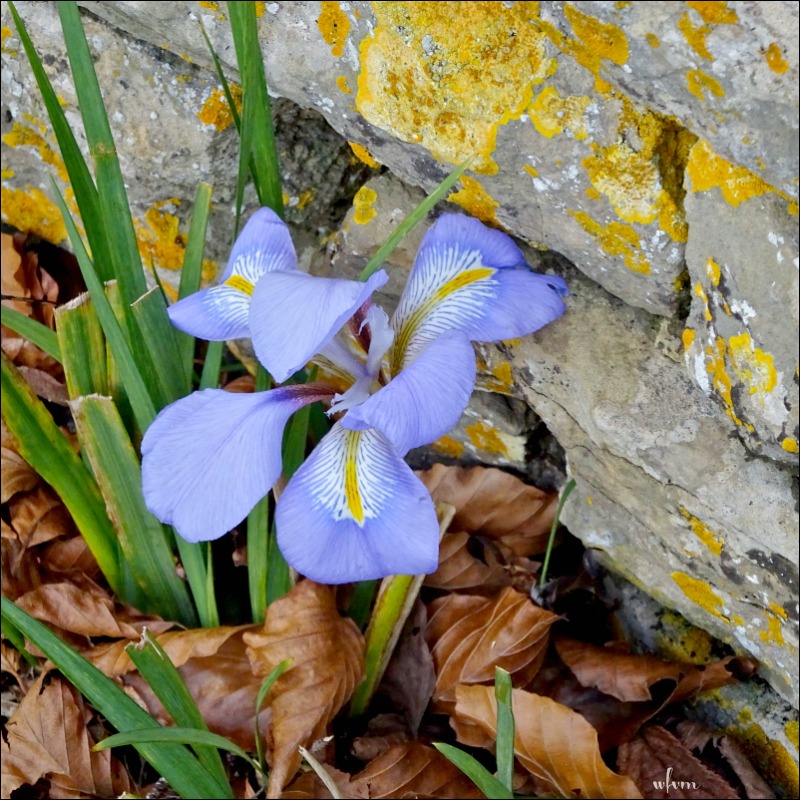 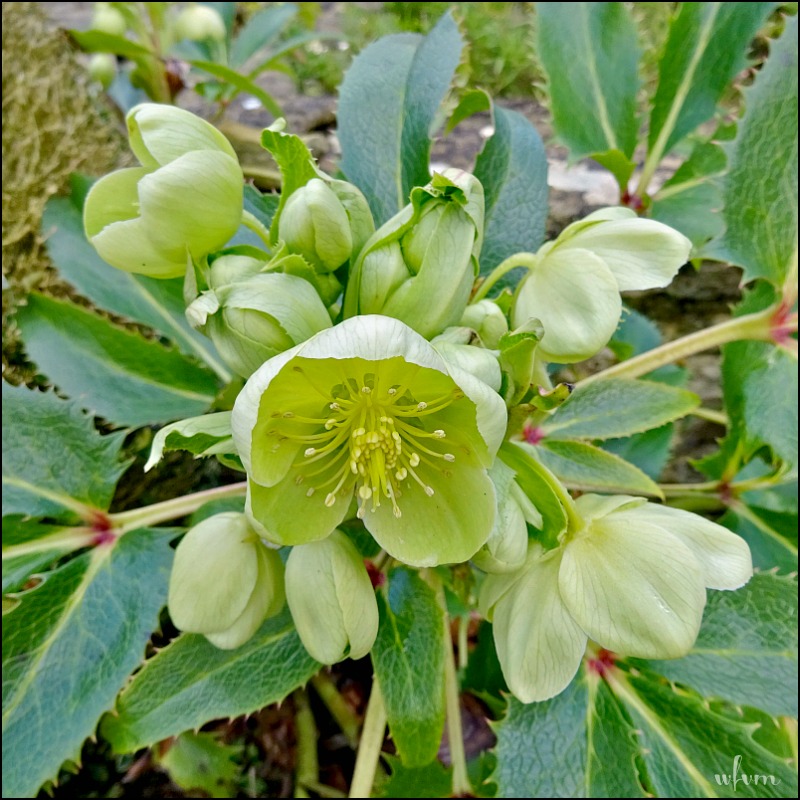 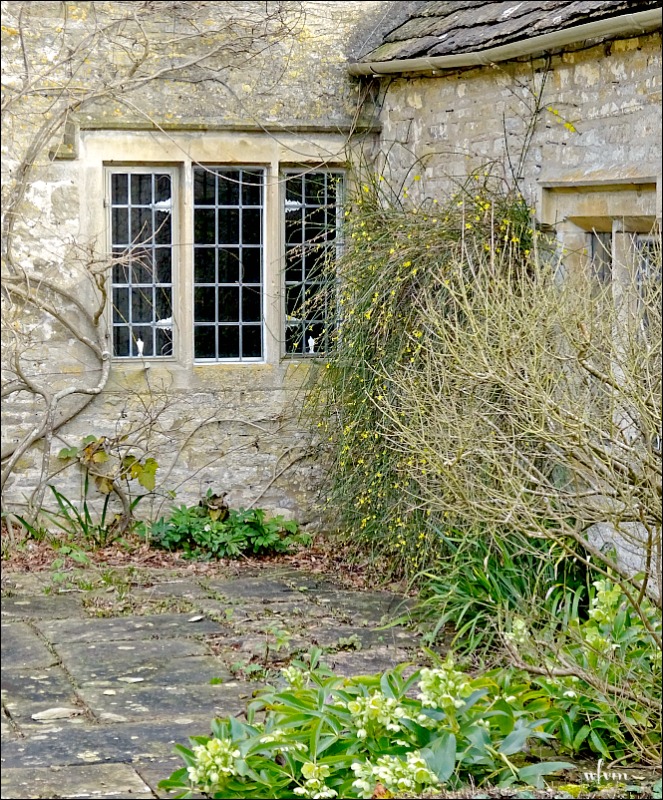 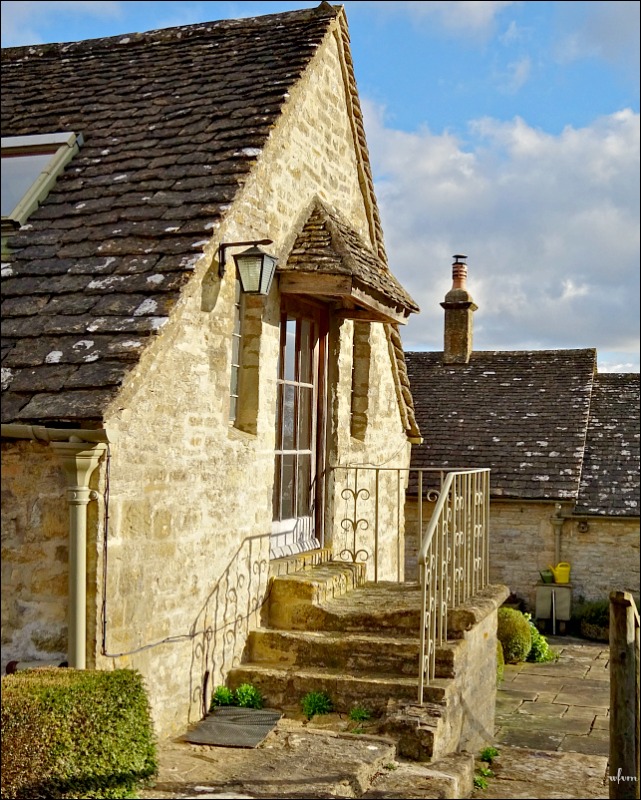 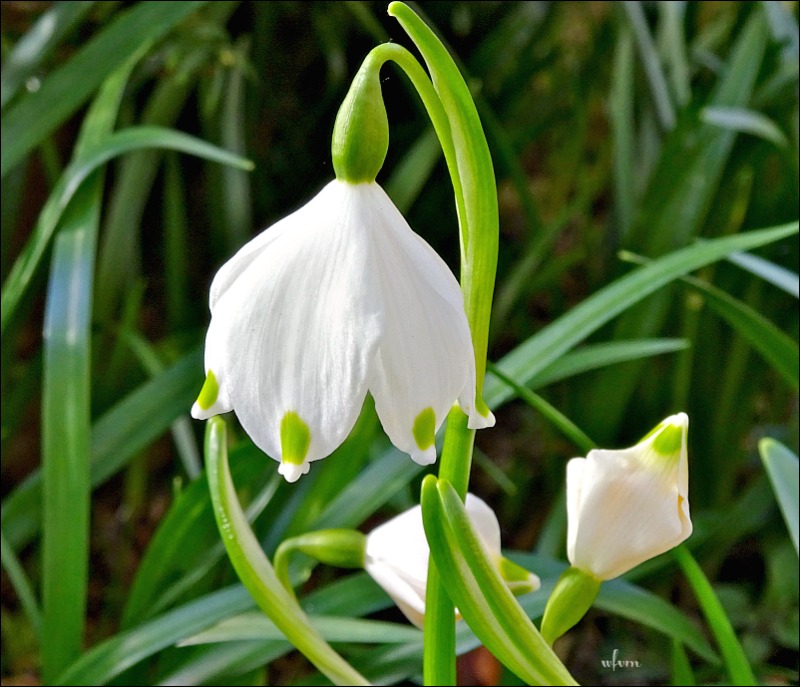 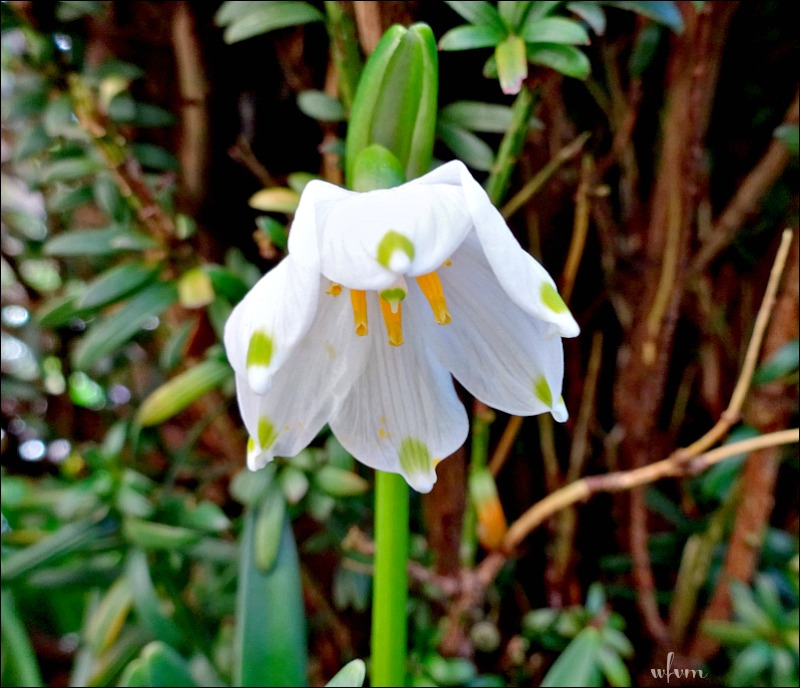 Although this pretty little flower is a member of the same family as a snowdrop and is a similar size it has 6 corolla (petals) all of the same length, whereas the common snowdrop Galanthus nivalis has three main petals and three more tiny inner ones. 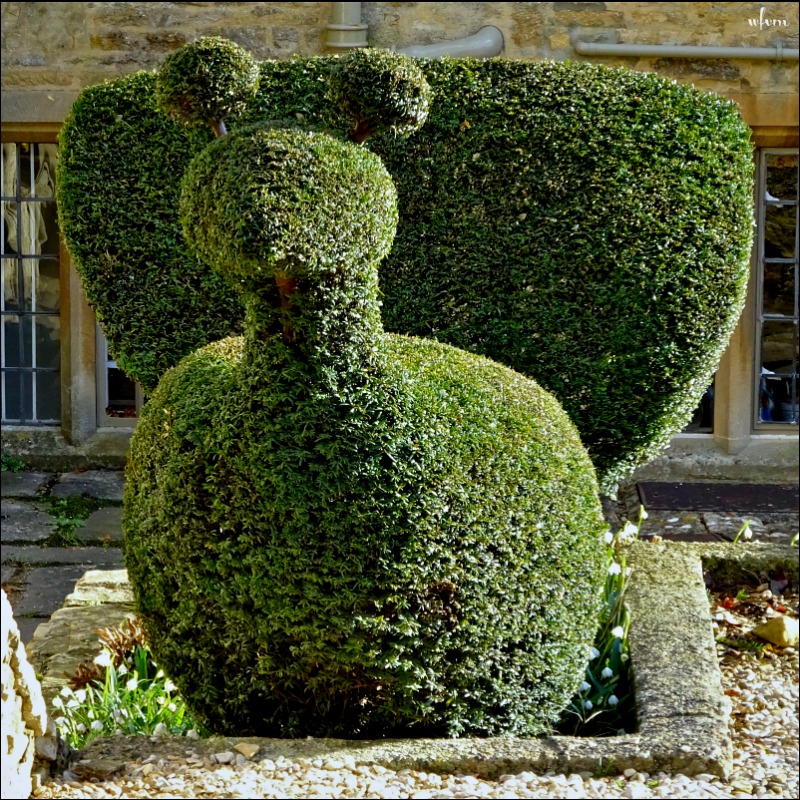 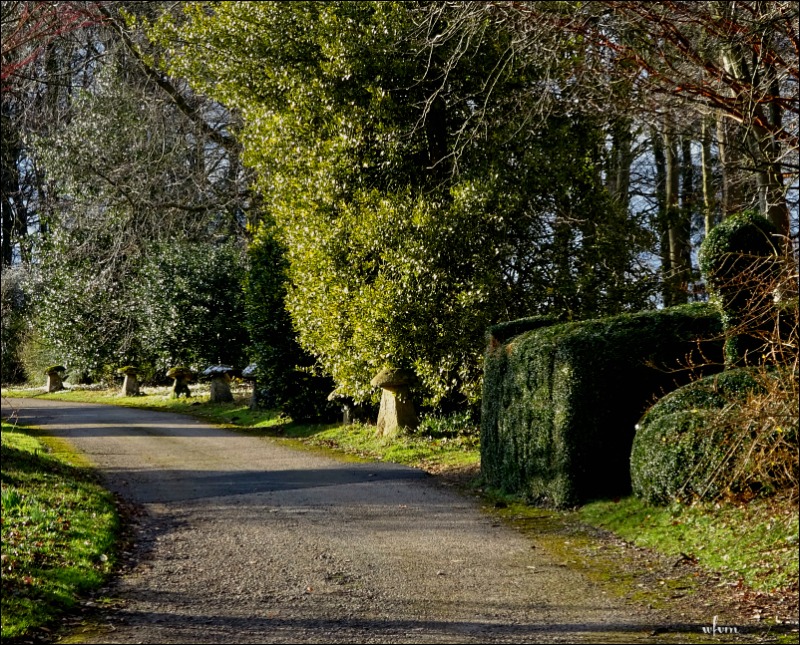 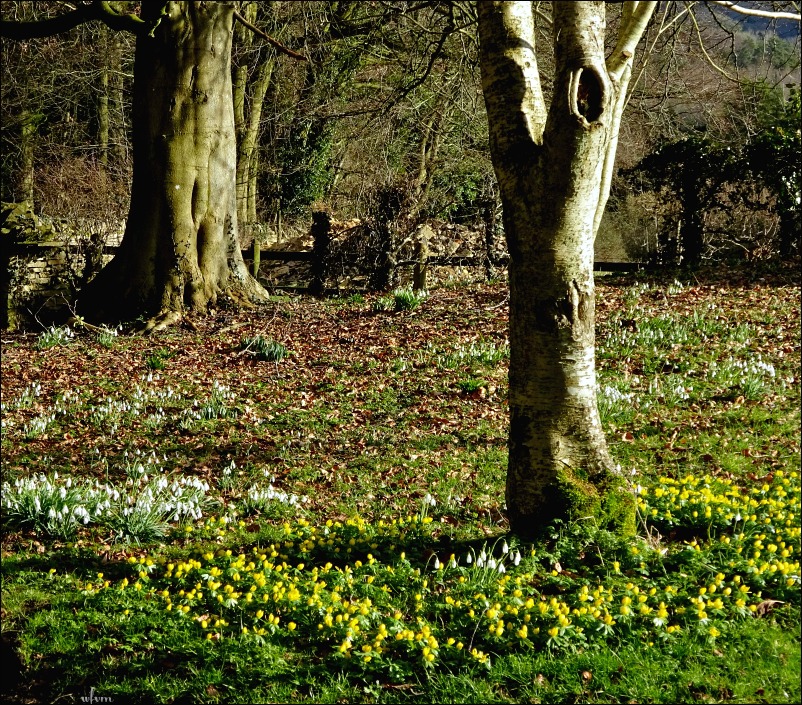 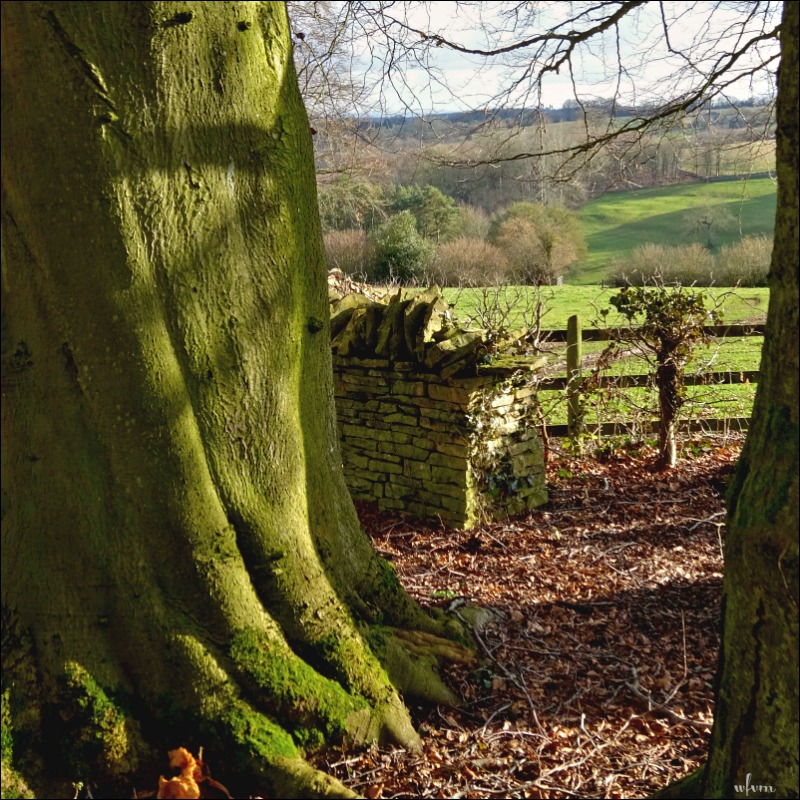 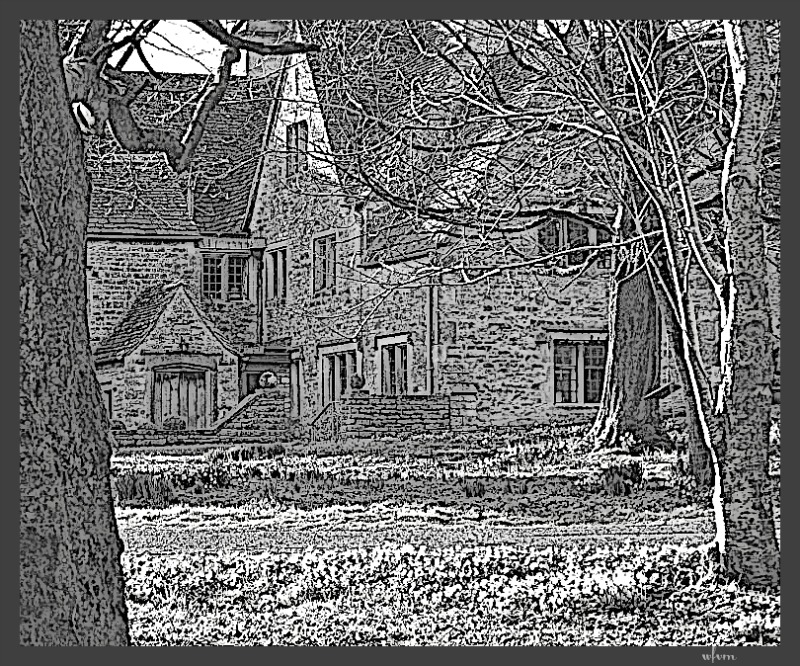