In 2011 a couple living in a 16th century house in Somerset were removing wooden panelling from their drawing room wall with a view to restoring and painting the walls behind. As the panelling was removed they saw eyes appearing from beneath the flaking plaster, and restoration experts were called in to remove the layers of ancient plaster. Underneath the plaster was discovered an enormous 20 foot high mural dating to around 1530. The Somerset home had once been the summer residence of Thomas Cranmer and what is now the large drawing room had been his Great Hall. Cranmer was the Arch Deacon of Taunton, Somerset who eventually became the Archbishop of Canterbury. Thomas Cranmer was the man who set up the structure of the Church of England after helping Henry Vlll break away from the Catholic Church. 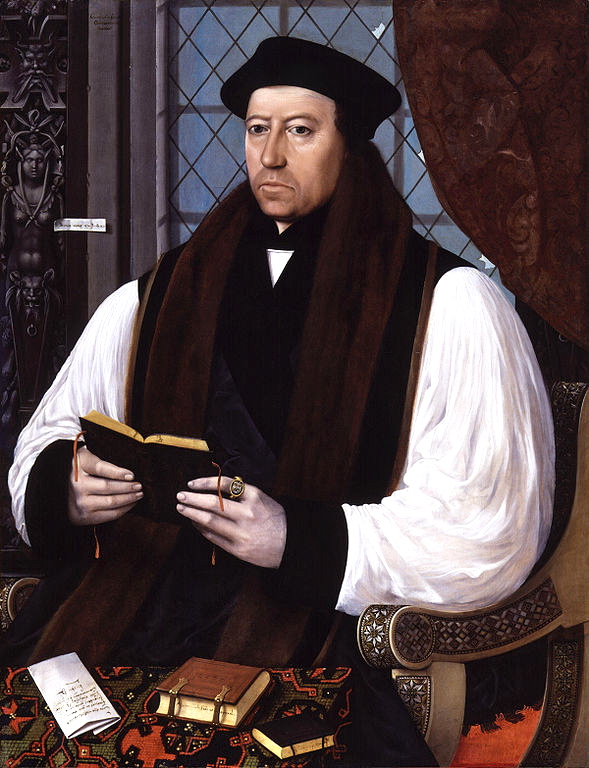 via
Thomas Cranmer - Portrait by Gerlach Flicke 1545 - National Portrait Gallery
As the mortar was carefully removed their shock deepened when a perfect vision of Henry Vlll complete with golden crown, a long-handled orb, and a sceptre stared back at them. The once hidden wall painting is now considered to be of great national importance. 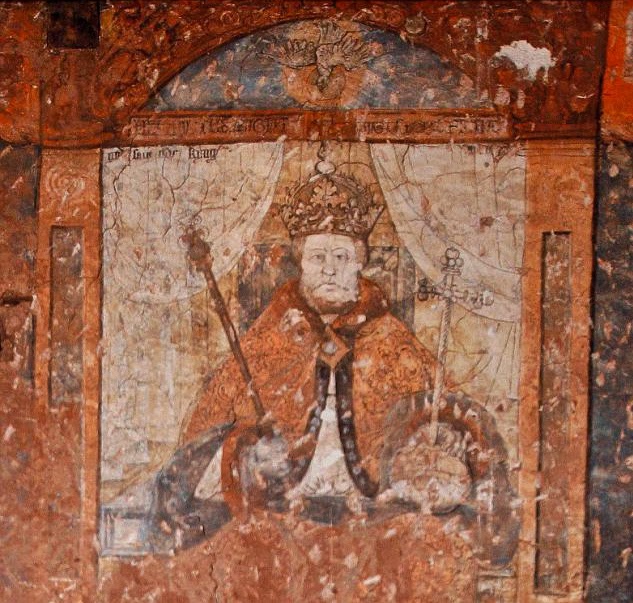 via
King Henry Vlll
By chance they recently discovered that the mural has a hidden message. A postcard the couple had commissioned of the mural fell to the floor falling with the king's head pointing towards them, thus revealing the portraits more sinister side. As they looked more closely, they realised that the devil was in the detail!
When viewed upside down or through a wine/ale glass, as it would have been in medieval days, the portrait of the king on his throne is transformed into a vision of Satan with goat's eyes and horns.
Whilst the portrait would have been an overt expression of loyalty, the hidden message suggests it was commissioned by someone with quite another view of the monarch who had made himself head of the Church of England in place of the Pope. 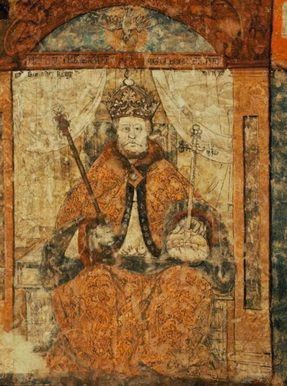 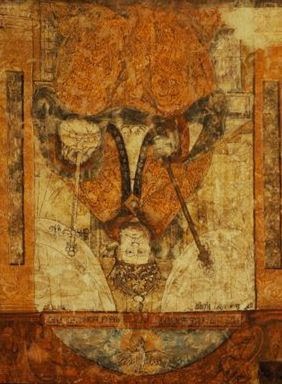 via
During the 15th and 16th century there was a great fascination with optical illusion and secret messages hidden within paintings.
If you squint whilst looking at the bottom image Satan is clear to see.
British Treasure No.2 here
Posted by Rosemary at 10:43