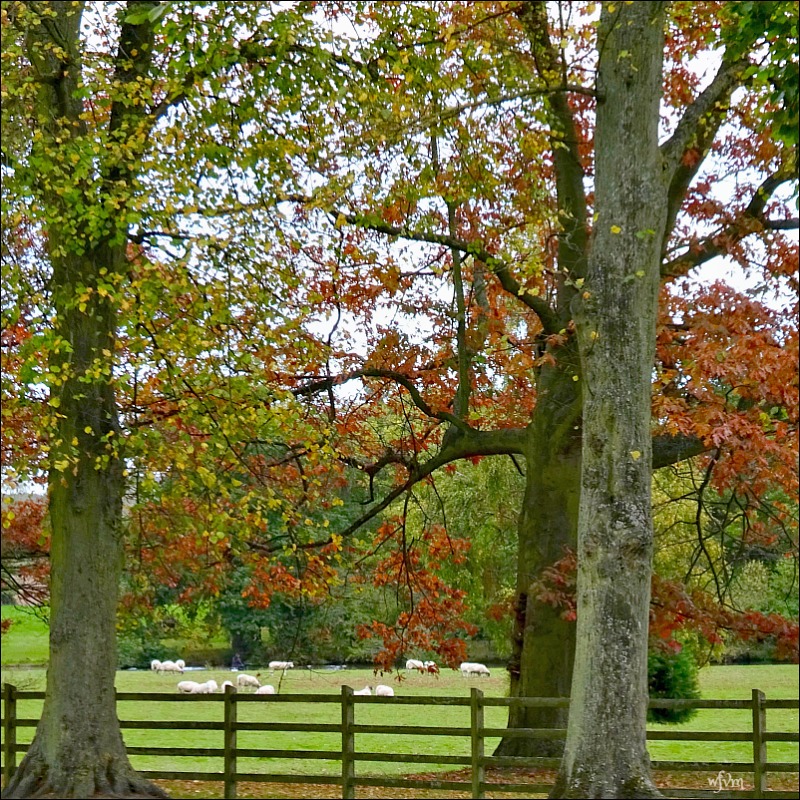 Visiting Wootton Wawen was to celebrate the life of our DiL's father, a well respected local farmer - his farm and land dwells in Shakespeare's Warwickshire. 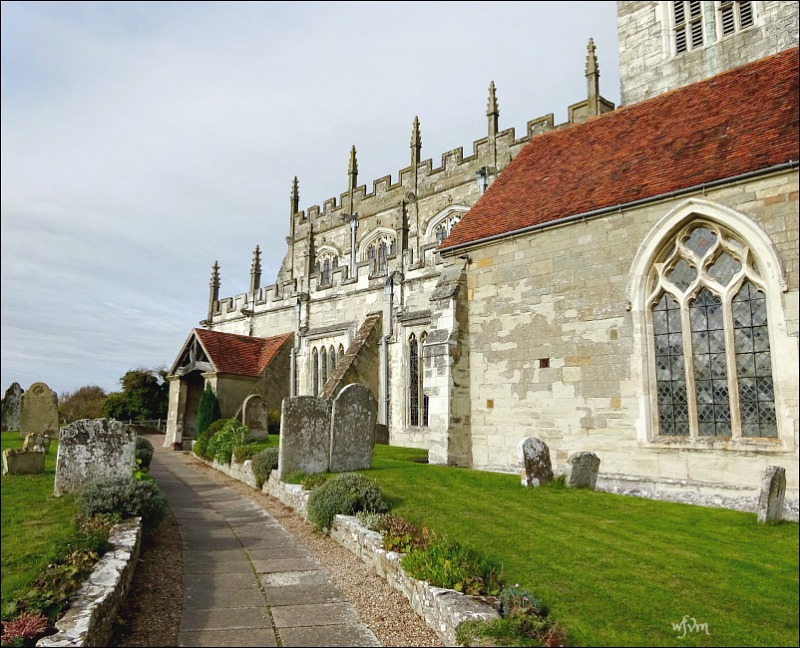 The service was held in the church of St. Peter which sits atop of a small mound overlooking the village, but it reminds us that British architecture embraces hundreds of years of history in and around so many of its buildings. 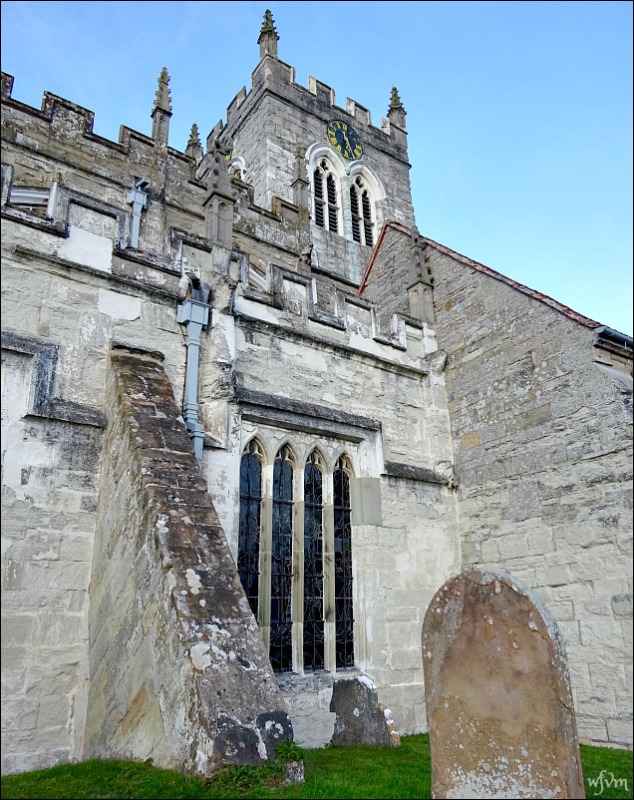 This building was founded as a Saxon monastery in 730 by Aethelric, sub-king of the Hwicce, a province of the great Kingdom of Mercia. A copy of the Charter granting him the land for 'ecclesiastical possession' survives and is signed by Aethelbald, King of Mercia.
793 - first Viking raids
871-899 Alfred the Great
980 - Vikings ravage here in Warwickshire 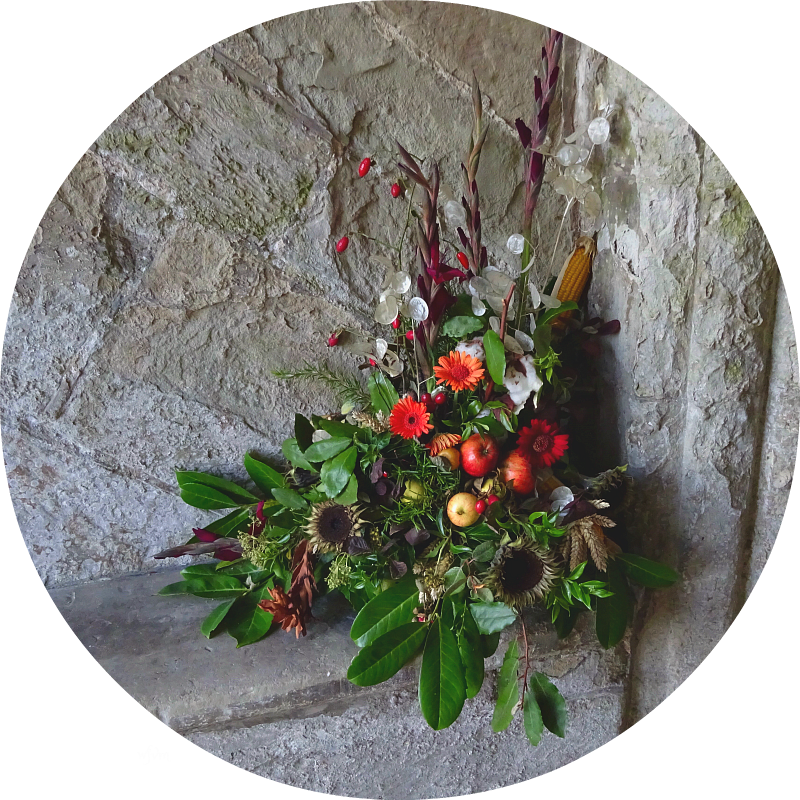 1000 AD - Wootton Wawen is named after Wagen,
the Saxon thane who was lord of this farming settlement before the Norman conquest. During Viking raids the monastery disappeared and the church was damaged, but Wagen repaired and rebuilt it. 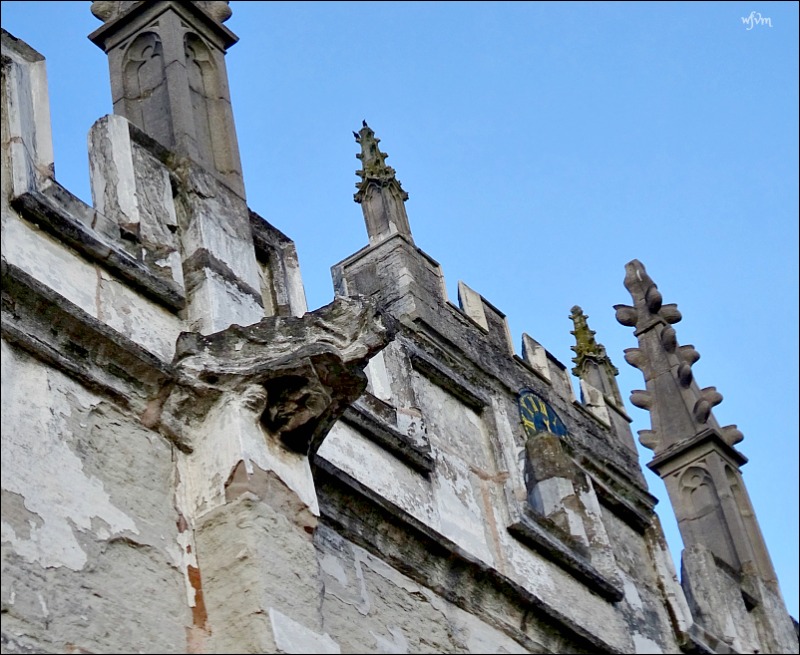 1020 - Period of monastic revival begins under Cnut and Edward the Confessor
1066 - Battle of Hastings.
After the Battle of Hastings, all Lord Wagen's lands were given by William the Conqueror to his friend Robert, the new Norman Earl of Stafford who policed Wootton with a small garrison and a Motte and Bailey castle. The manor remained in the Earl of Stafford's family for the next 500 years.

However, what happened to Wagen is unknown but it is thought that he may have died at the Battle of Hastings. Robert, the Norman Earl of Stafford, gave this church to the Abbey of Conches, in Normandy. By 1100 they established a Priory here to ensure that a tenth of all the estates produce was shipped off to France.
1135/54 - The Anarchy
Combining England and Normandy together under William the Conqueror finally resulted in a civil war between them causing a widespread breakdown of law and order.
In order to appease and boost the local economy, the French monks endeavoured to turn Wootton Wawen into a market town.
However, in 1140 Beaudesert which is just 2 miles away, was licensed to have a market outside its magnificent castle, and with the rapid development of nearby Henley, this meant that the grand plan for Wootton Wawen came to nothing.
1189/92 - Third Crusade
1215 - Magna Carta
1265 - Henley and Beaudesert destroyed after the
Battle of Evesham
In 1443 Henry Vl confiscated the priory at Wootton and transferred the ownership of this church to his newly established King's College at Cambridge University. Under their ownership the church was extended to become the building as seen today.
This brief potted history simply covers the first 700 year period associated with this church. Hopefully it conveys a small insight and a sense of the history that has encompassed not only this building but all of the ancient buildings across these Isles. 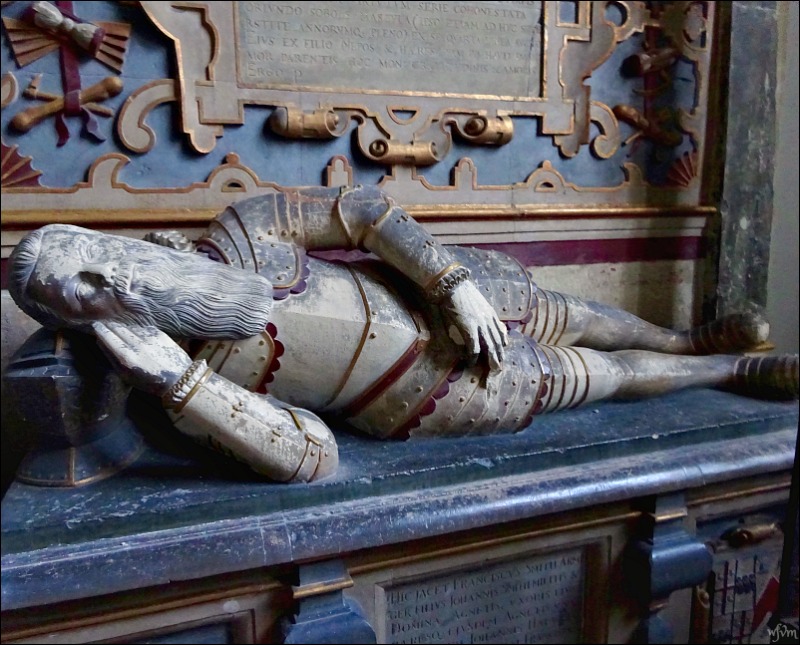 Within the church of St. Peter is this c17th typically Jacobean style monument which is more than 150 years later than the events already mentioned. It commemorates one Francis Smith (d.1605) lying in what appears to be an extremely uncomfortable posture, but he sleeps peacefully and has done so for the past 413 years - so let's take our leave, but quietly please.
Posted by Rosemary at 09:11