via
God of the sky, lightning, thunder, law, order and justice.
Zeus was the sixth child of the Titan Kronos. Kronos devoured his five previous children to prevent them from overthrowing him in the same way that he had overthrown his father, Uranus, ruler of the old gods. Zeus was born in secret in a mountain top cave in Crete, hidden well away from Kronos by his mother Rhea.

He was raised in the cave by the goat Amalthea and the nymph Melissa. Amalthea suckled the infant and from her cornucopia came all manner of good things. The nymph Melissa also nursed Zeus and looked after him. She fed him her nourishing honey so that he would grow quickly.
When Zeus became a man he poisoned his father Kronos, King of the Titans, making him regurgitate his five siblings. His siblings then overthrew the Titans to become the new gods and goddesses.
Although Zeus was married to the goddess Hera, he also took many mortal lovers. A Phoenician princess named Europa became one of the objects of his desire. At his first sight of her he was infatuated by her striking beauty and grace. Not being one to ignore his desires, Zeus came up with a cunning plan to win her affections. He metamorphosed himself into a handsome, cute, white bull. Europa was busy gathering flowers along the shoreline, in what is today known as Lebanon, when she saw the bull. She was fascinated by its handsome appearance and gentle behaviour - she caressed and stroked him and then climbed onto his back. This was the opportunity Zeus wanted in order to abduct her,
he galloped into the sea and swam back with her to to the Island of Crete. 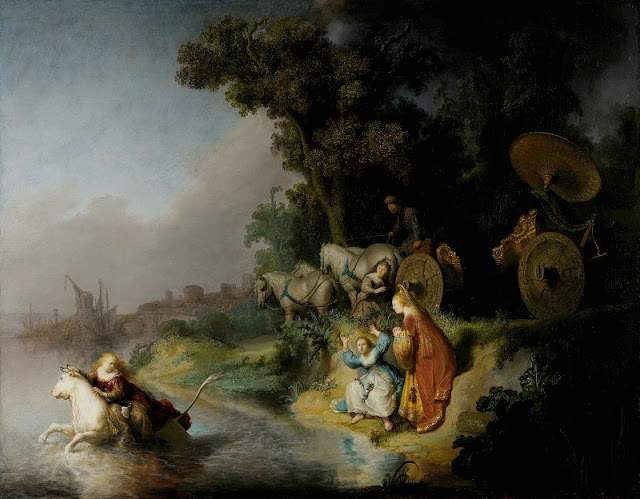 via
Abduction of Princess Europa by Rembrandt 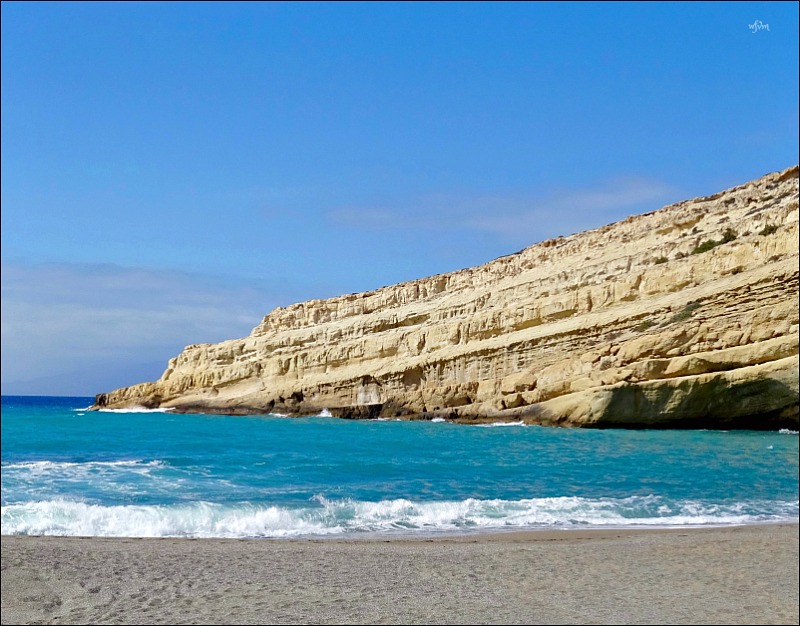 They came ashore on this southerly beach in Matala. They were both hot and tired, and it is here that he revealed to her his true identity. He galloped on for a few more miles until he found a large shady Plane tree near what is now the Roman ruins of Gortys, and it is here that he ravished her. As a result she became pregnant with Minos, who became the king of the ancient Minoans in Crete. 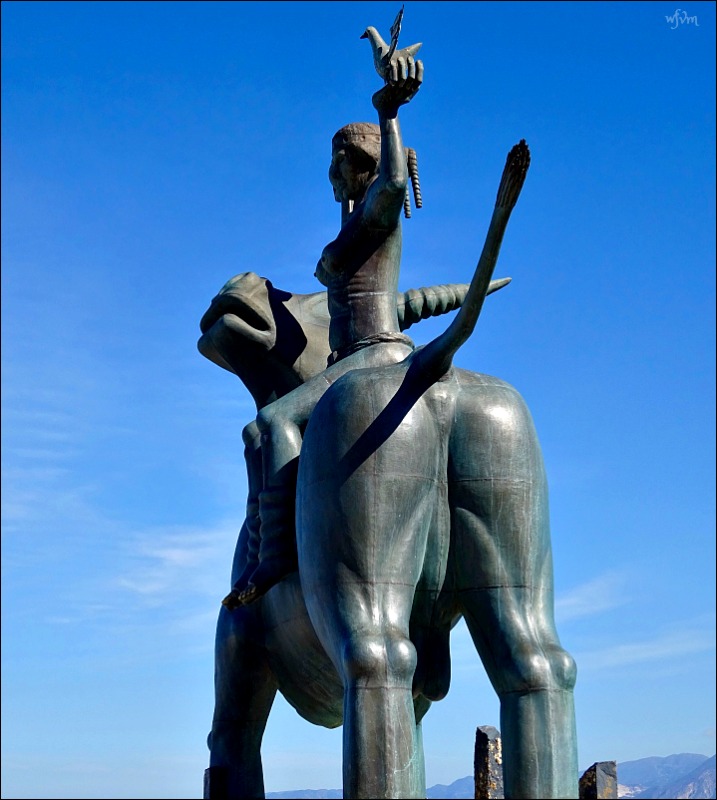 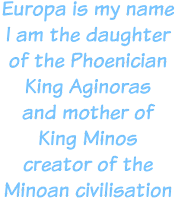 *********
There is a more recent story about Matala beach, but that will have to await another time.
Posted by Rosemary at 11:15