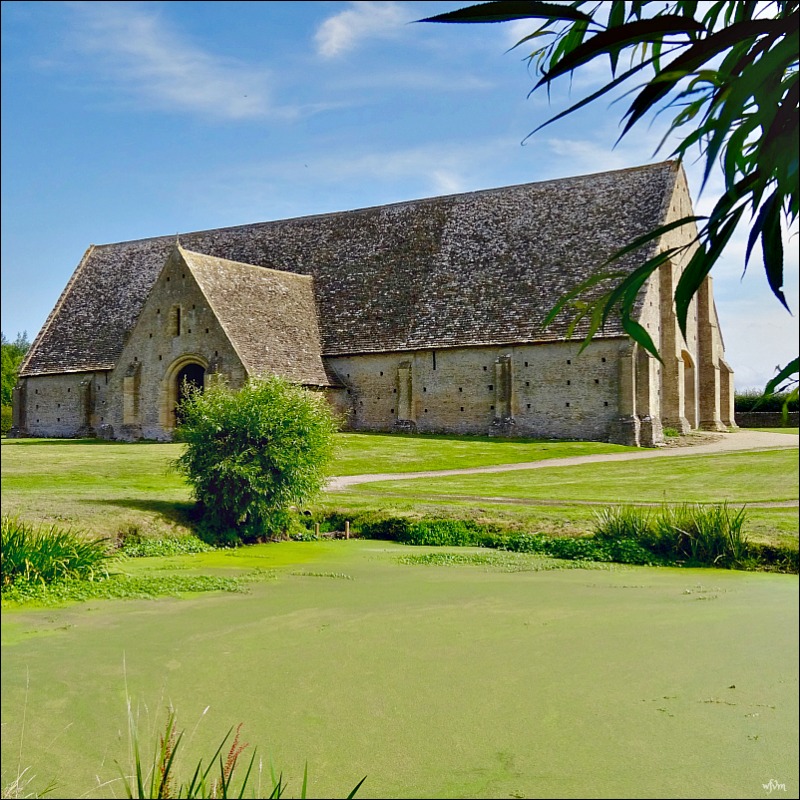 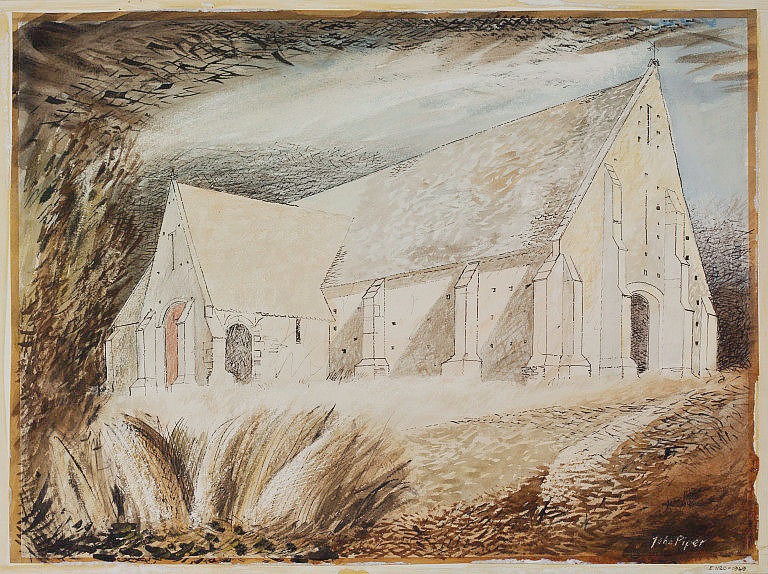 image via V&A
John Piper painted this watercolour of Great Coxwall Barn in 1940 as part of a scheme known as 'Recording the changing face of Britain'. The project was the brain child of Sir Kenneth Clark, director of the National Gallery. Clark was inspired by several motives - at the outbreak of war in 1939, there was a concern to document the British landscape in the face of the imminent threat of bomb damage, invasion, and loss caused by the operations of war. This was allied to an anxiety about changes to the landscape already underway, such as the rapid growth of cities, road building and housing developments. The decline of rural ways of life and industries, and new agricultural practices. Together all of these contributed to the idea of a 'vanishing Britain' which Clark saw as an extension to the Official War Artist scheme. By choosing watercolour painting as the medium, Clark hoped that it would also help to preserve this characteristic English art form, and also help British watercolour artists to survive during the uncertain conditions of wartime. Over 1500 works were eventually produced by 97 artists such as John Piper, Sir William Russell Flint and Rowland Hilder. 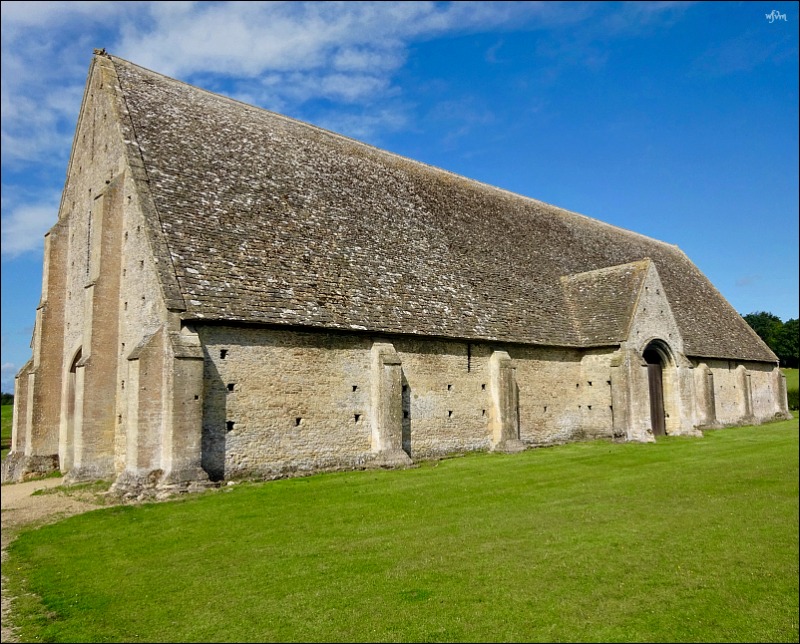 Sitting down narrow country lanes on the eastern edge of the Cotswolds this great stone monastic barn still looms large in it's Oxfordshire landscape where it stands as a lasting testament to the skills of it's medieval builders. 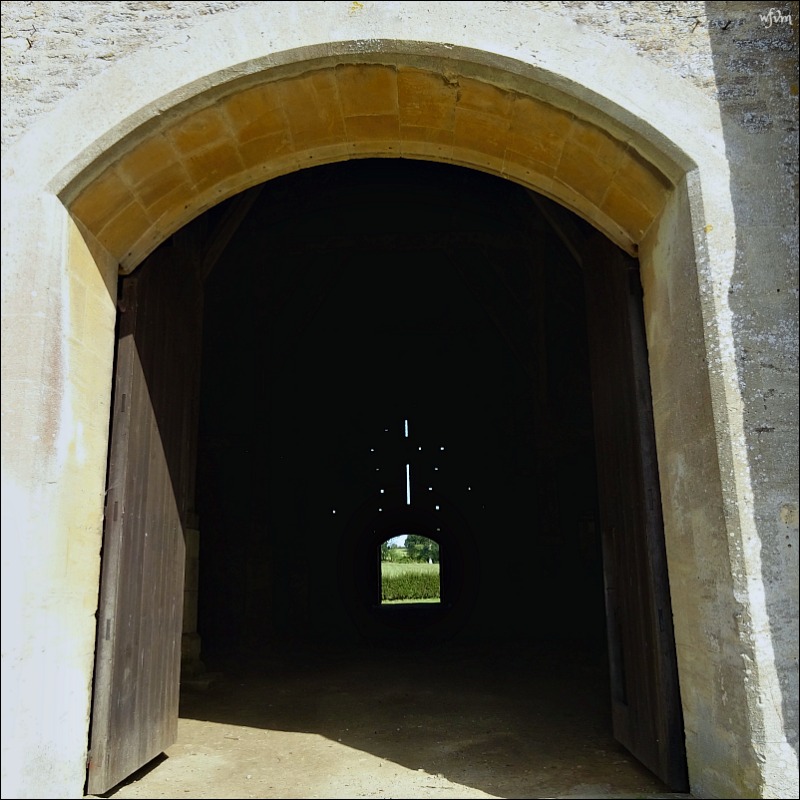 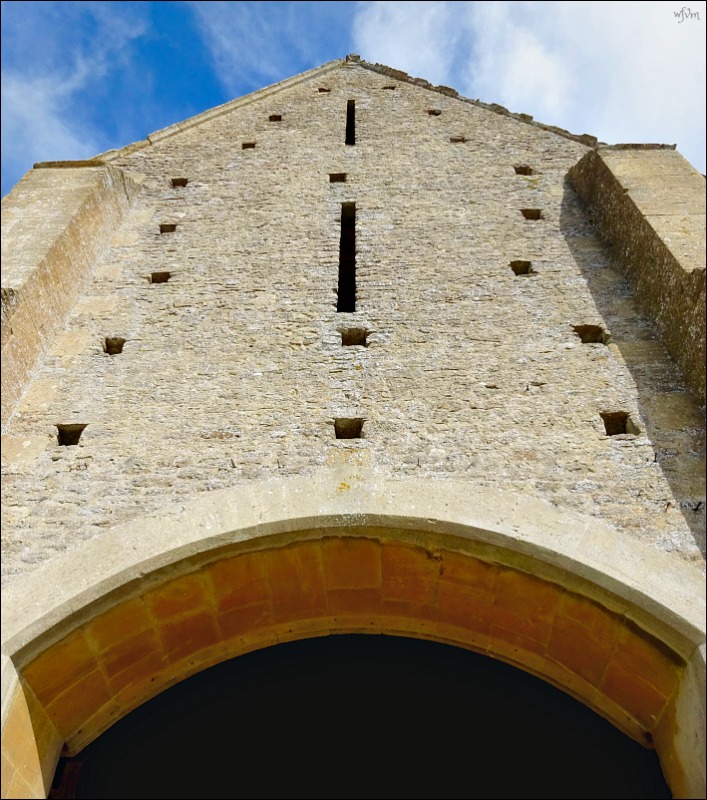 In 1871 William Morris moved to his Cotswold retreat, Kelmscott Manor, which lies just a few miles north of the barn. It was a building that he greatly admired, and was a place that he would regularly visit with his house guests so that they too could wonder at the structure. He called it "as noble as a cathedral". 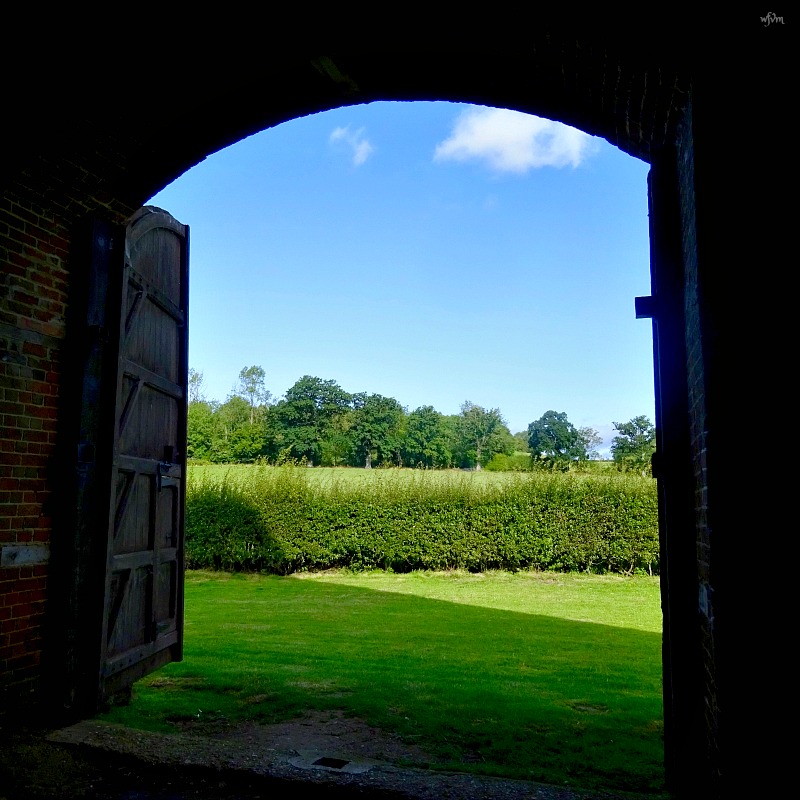 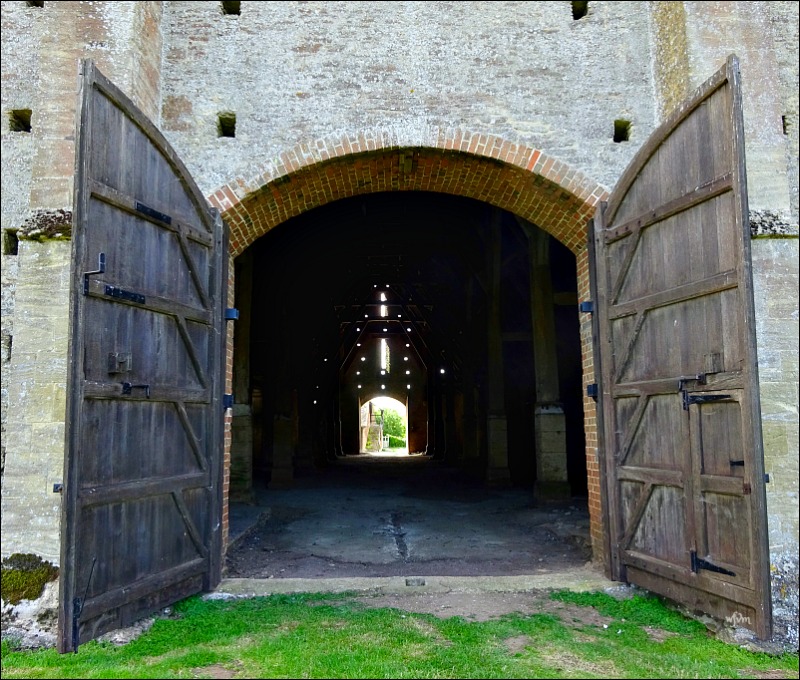 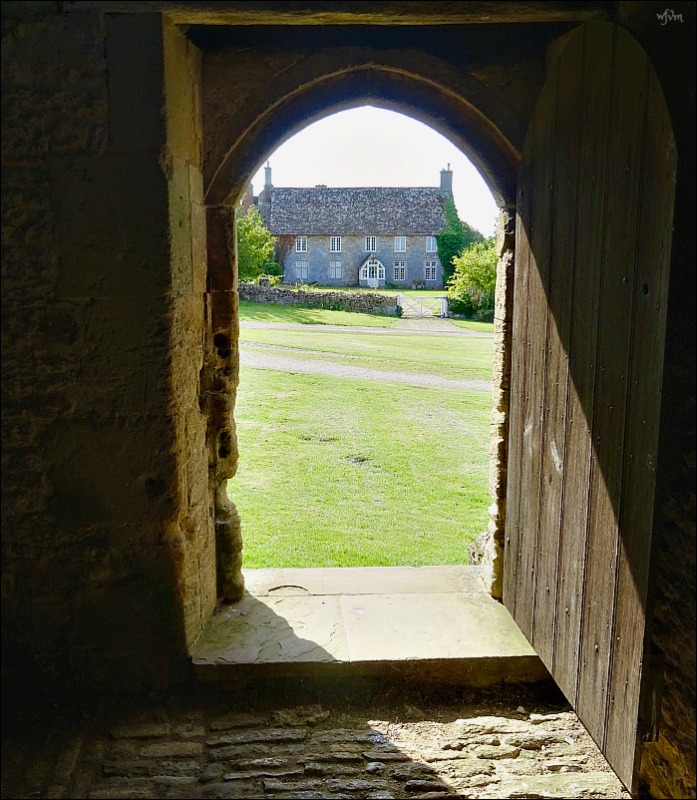 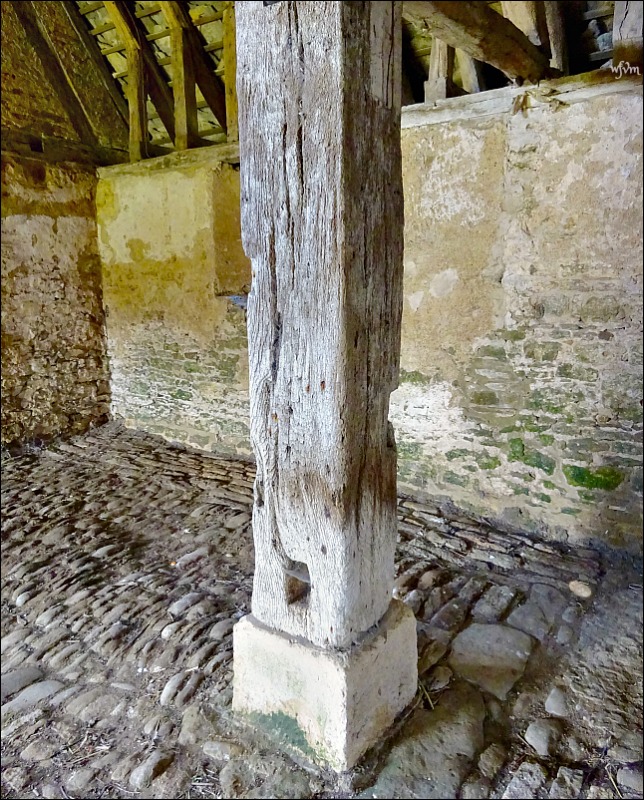 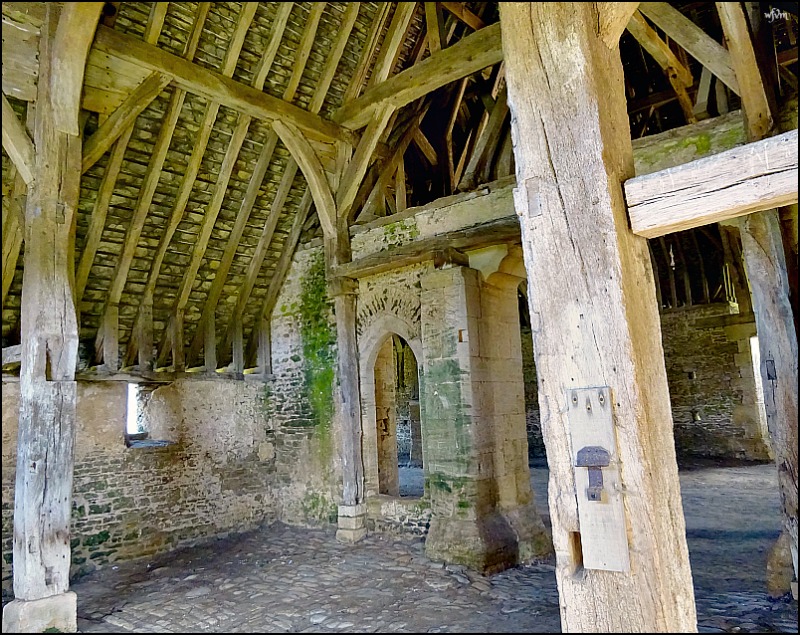 A scientific method called dendrochronology has recently been used to examine the roof timbers which has established that the barn was most likely under construction in 1292 making the barn almost 730 years old. 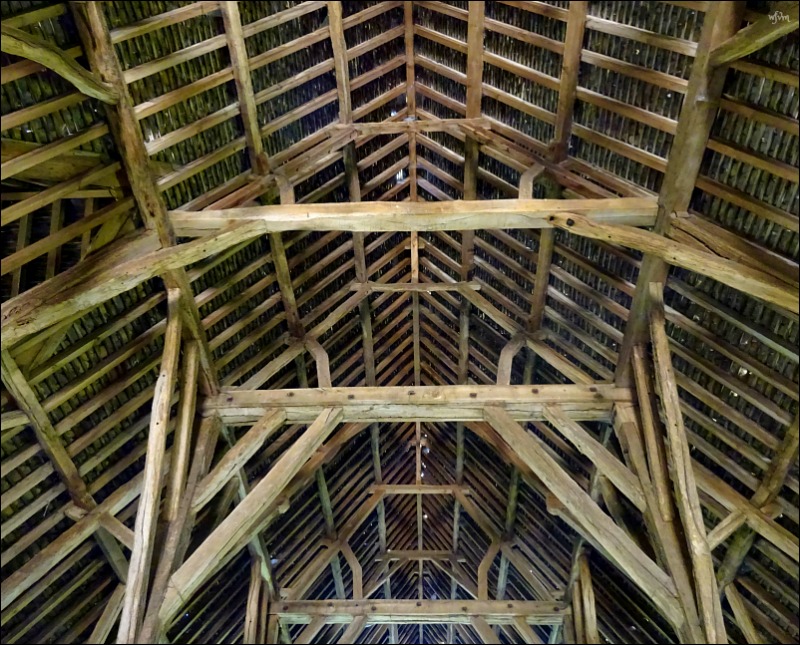 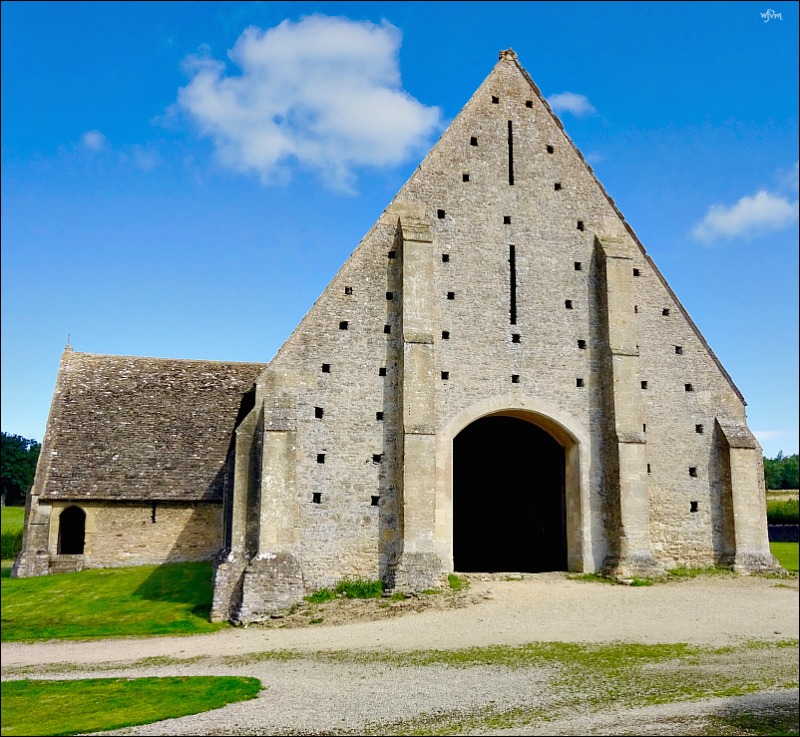 History
During its lifetime the barn has remained largely unaltered. The stone and wood pillars and nearly all the roof trusses are original.
The Great Barn is the sole surviving part of a thriving 13th century grange owned by the Cistercian monks of Beaulieu Abbey. It was built to store crops, and has since been used by generations of farmers. The Cistercian Order built approximately 3,000 monastic barns throughout England. The Great Barn is one of a couple of hundred that still survive today.
Great Coxwall lies in the ancient Manor of Faringdon which King John granted to the Cistercians in 1203. Two years later, he also gave them part of the royal hunting forest in Beaulieu, Hampshire, and it was there that the monks built their abbey. Beaulieu is more than 80 miles away from Great Coxswall. The Grange at Great Coxwall was run by the monks with the help of lay-brothers and people from the local villages. The crops were mainly wheat, oats, barley and rye. Livestock included oxen, sheep and pigs. Wool from their sheep was highly prized throughout Europe and formed the basis of the Cistercians' wealth. In addition they had bees to provide honey and fishponds for fish. That is a fishpond in my first photo which currently is covered in green algae!
The Cistercian Abbeys were eventually all closed down by King Henry V111 during the Reformation in the 16th century.
Posted by Rosemary at 10:11