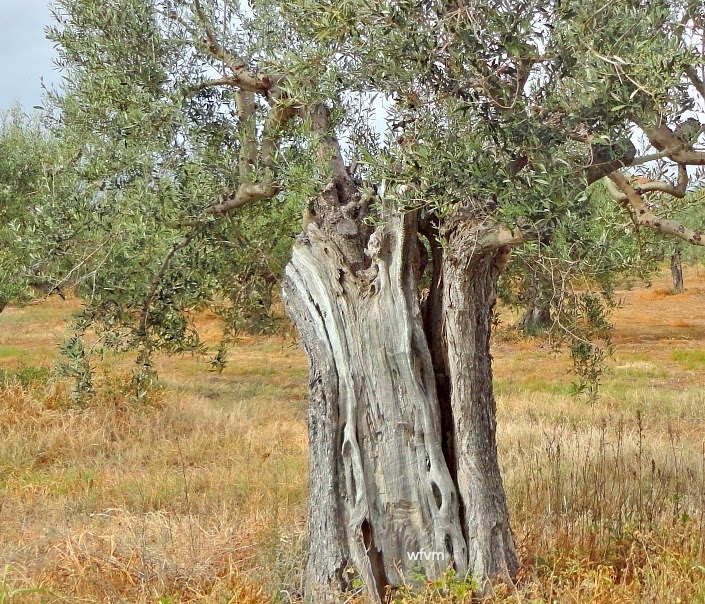 Petralona Cave lies on the west side of Mount Katsika in Chalkidiki, Greece, and it is where the oldest European hominid was found. The consensus of opinion puts the date of the skull at around 700,000 years old. 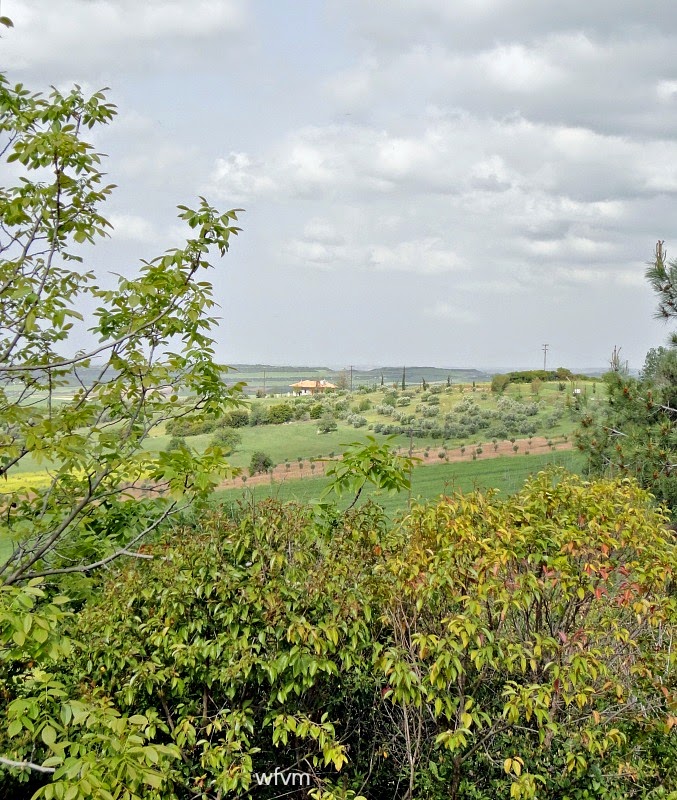 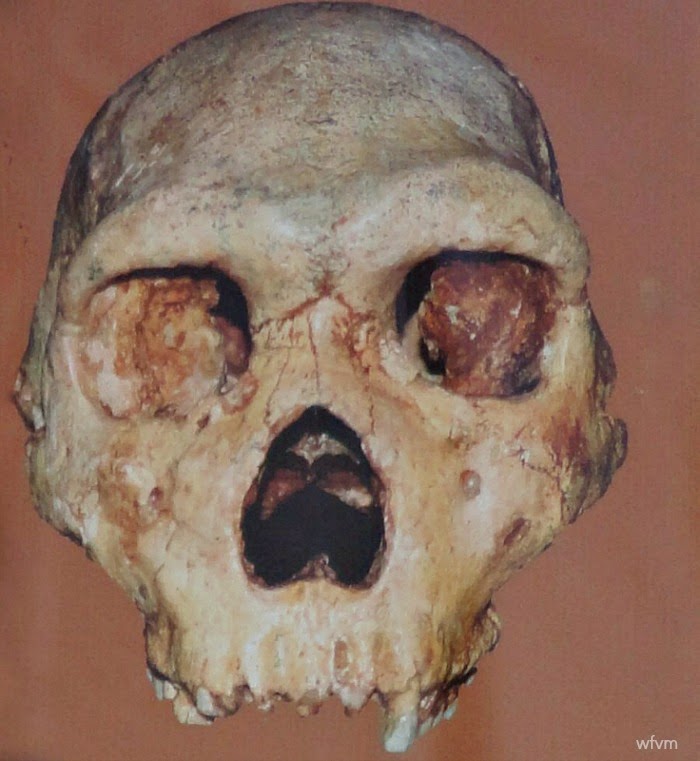 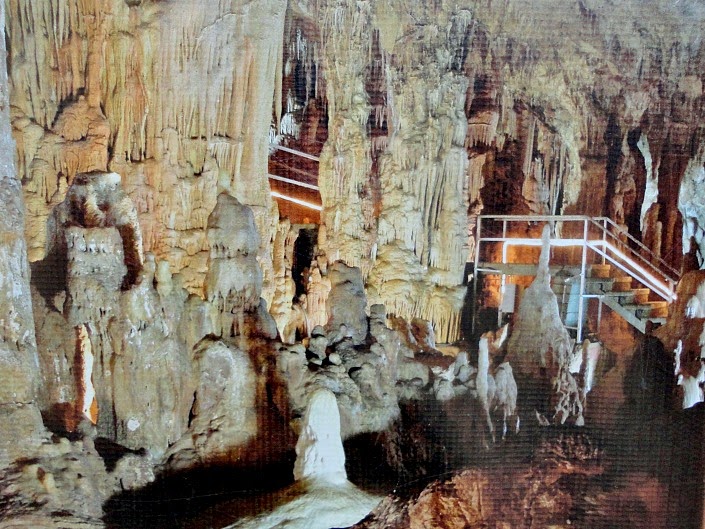 For some reason no photos were allowed inside the cave even without flash. These two pictures were taken from a poster which does not do justice to the caves cathedral like proportions. It takes about an hour to travel along the walkways - the interior roof is a mass of spectacular stalactites with stalagmites meeting them from the floor forming interesting sculptural shapes - similar to the photo below. 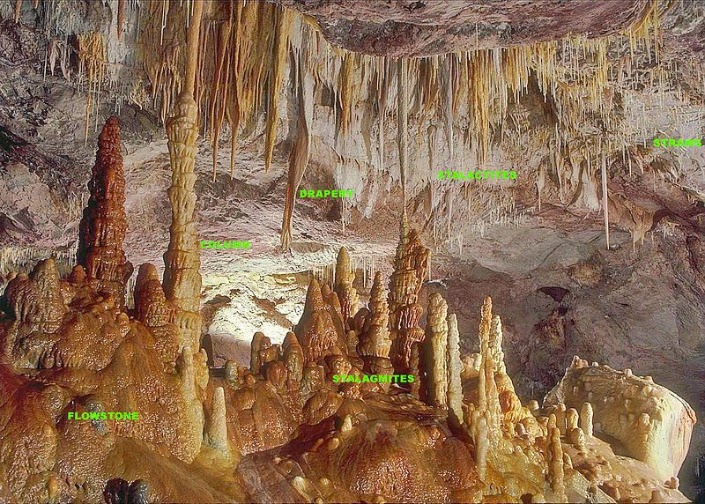 via
Leaving the cave we headed off to a small mountain village beautifully situated 350 metres high on the Sithonia peninsular. An abandoned and forgotten Turkish village called Parthenónas, which was rediscovered in the 1970s. A programme of restoration was begun which is now almost completed. 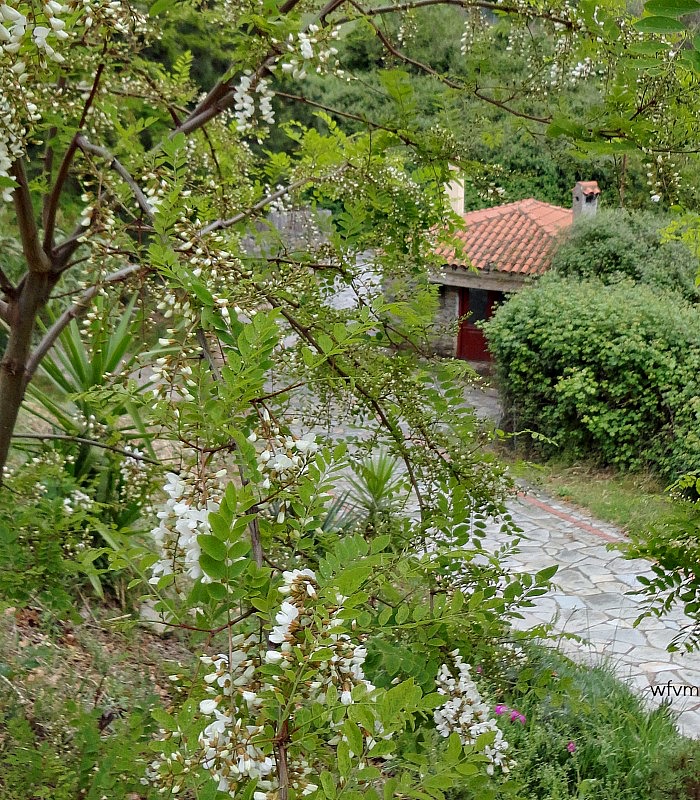 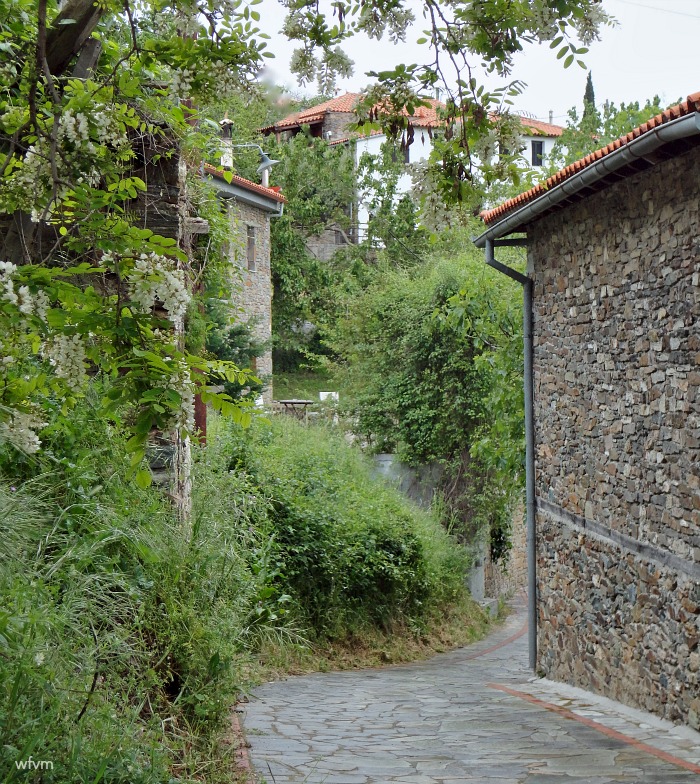 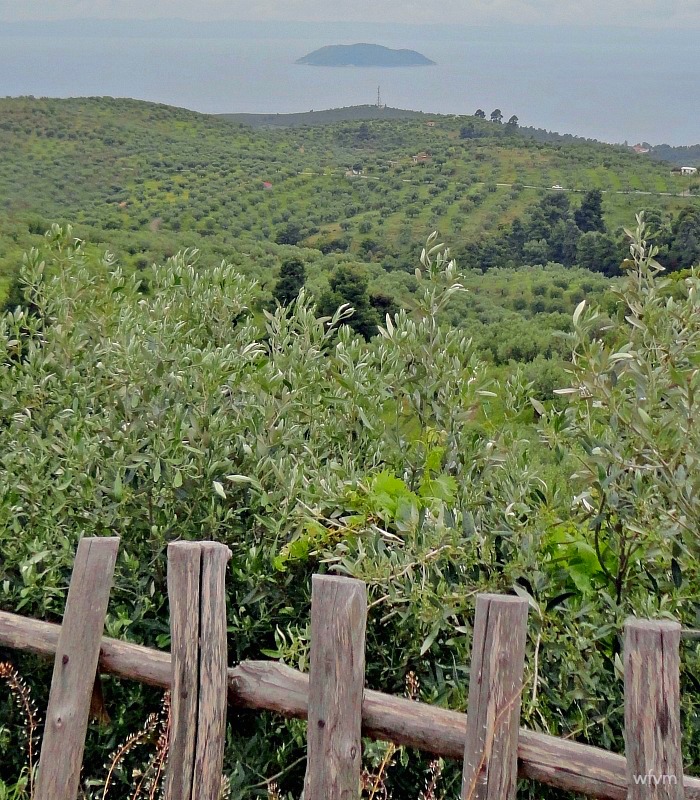 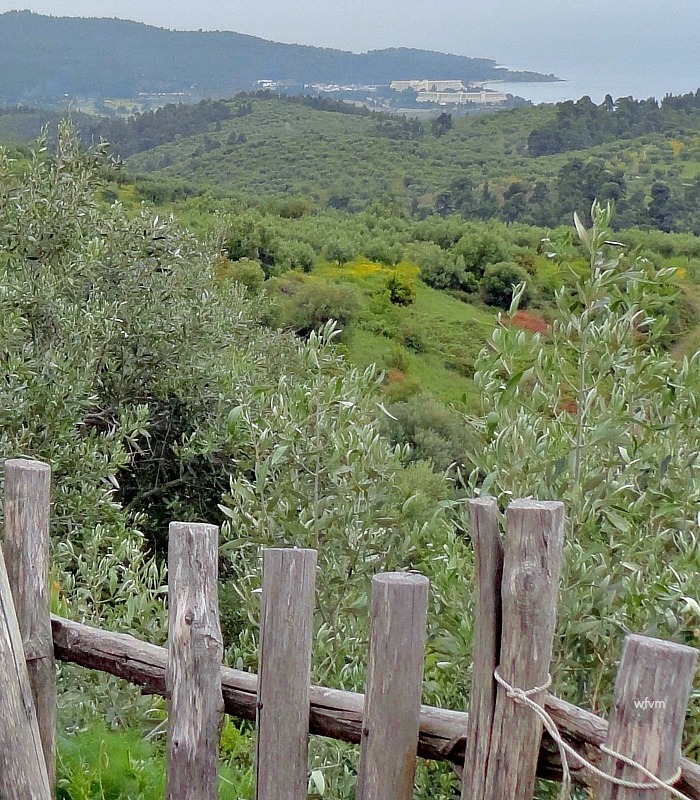 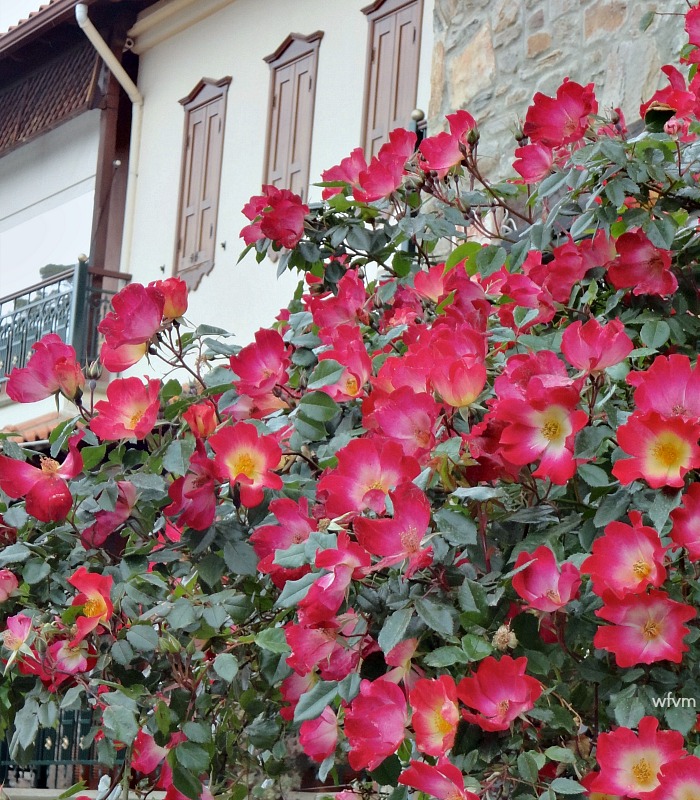 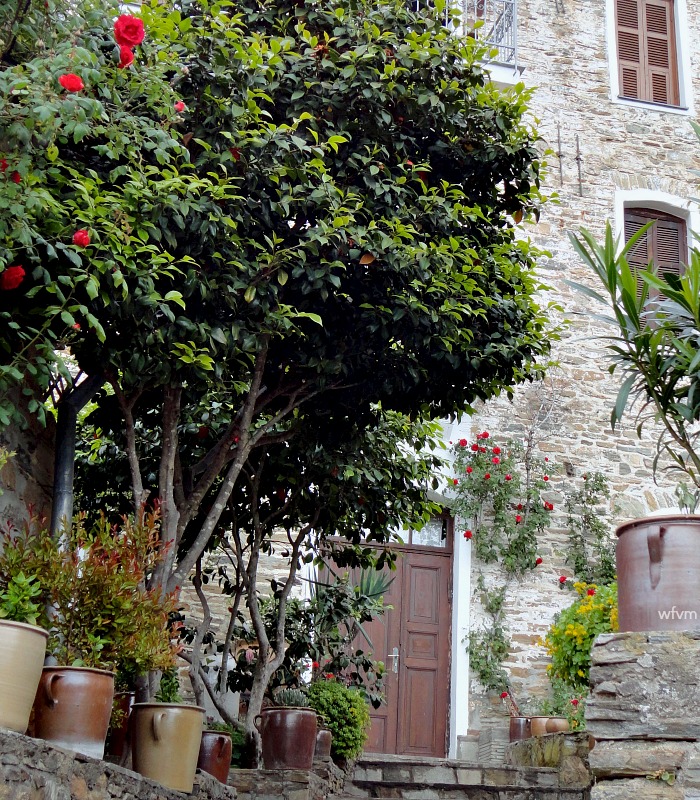 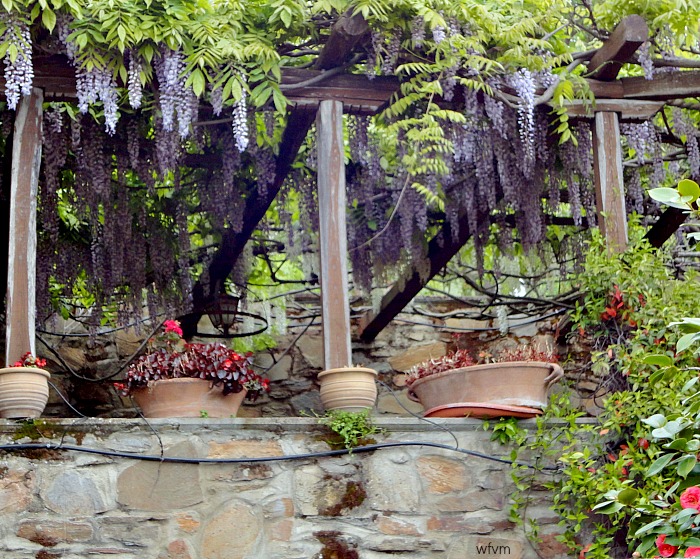 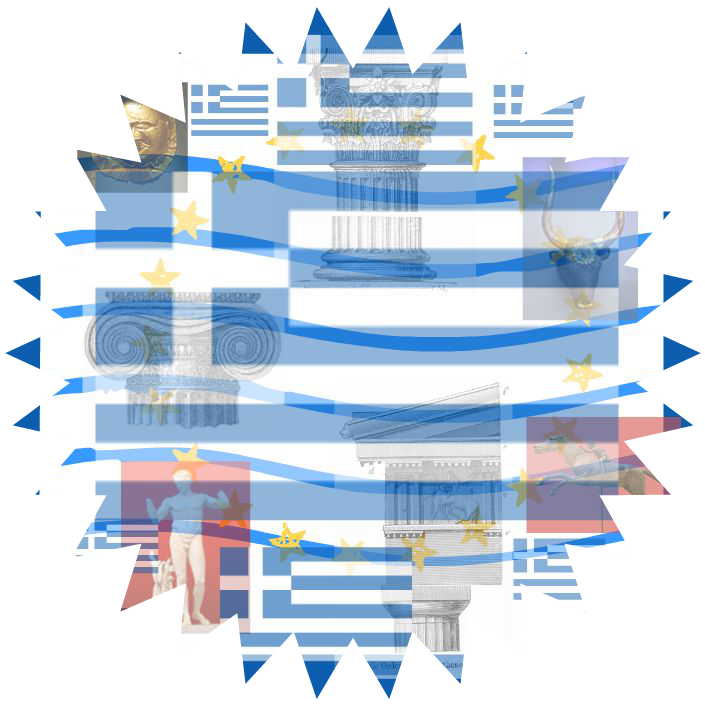 This concludes our happy visit to Greece ♡
Posted by Rosemary at 08:08