A Love of Botany 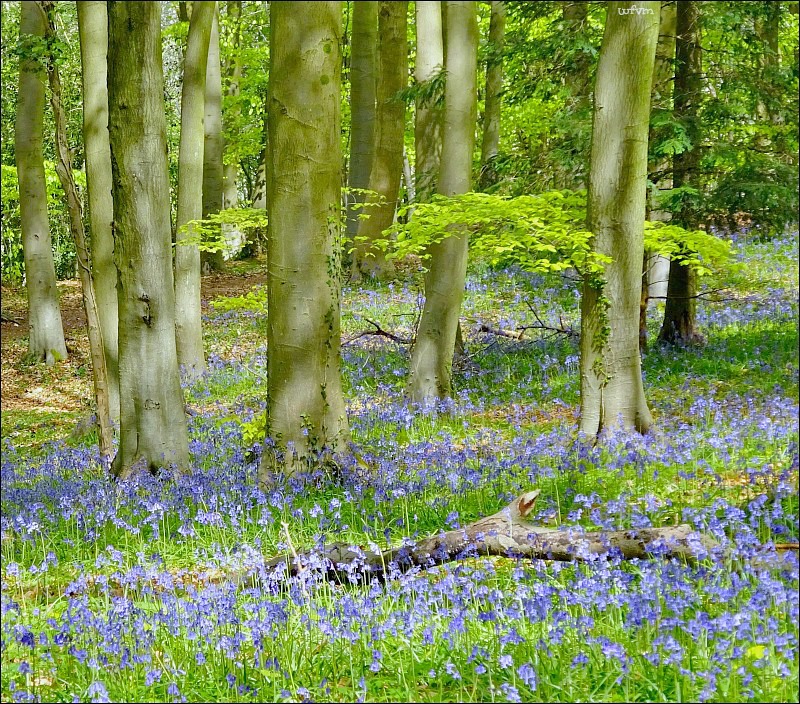 The Bluebells have finished flowering, but if you missed them, fear not, they will be back again next year.
Miss Hunter taught me maths and botany. Botany is no longer a specified subject on school curriculums but is now a part of environmental studies.
Miss Hunter was a typical middle-aged maiden lady who wore thick tweed skirts, twin sets and pearls, and lisle hosiery decorated with lacy designs. 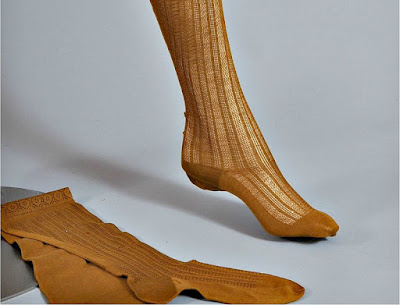 I was both curious and fascinated by her hair which she wore in tight sausage like curls. They would swing around her head as she entered the classroom, but if she became angry then they would jiggle up and down, but how I loved Miss Hunter's botany class. She would beautifully illustrate each wild flower on the blackboard using different coloured chalks and then make detailed illustrations so that we would understand and appreciate each flowers anatomy. 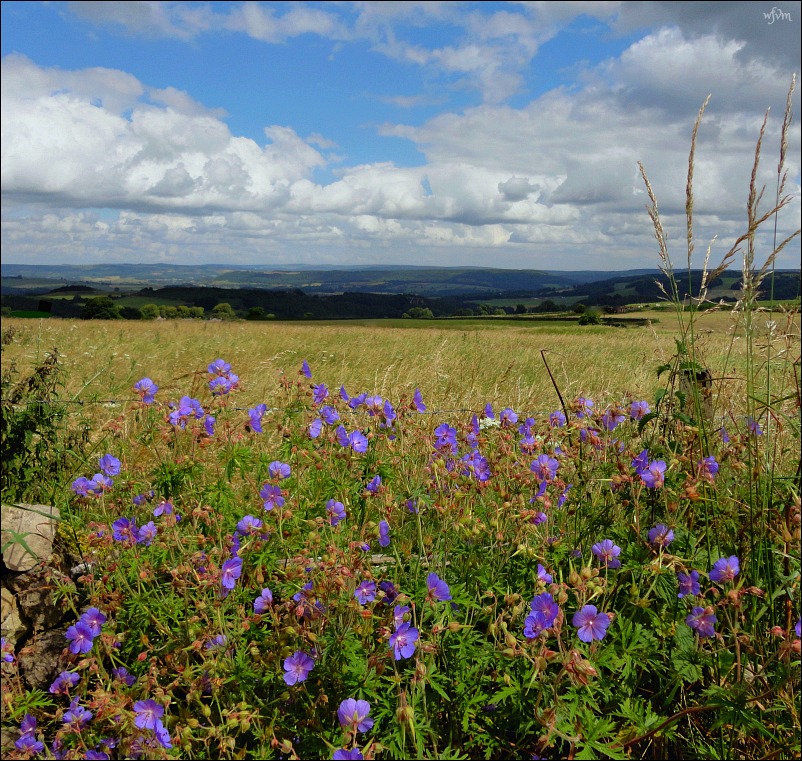 My favourite moment every year was when she took us out for the whole day into the Derbyshire Dales where we would climb the hills and 'hunt' with Miss Hunter for as many different wildflowers as we could find.
Every pupil carried a small sweet or biscuit tin to safely house each specimen that we found, and on our return to school, we would draw and dissect them. Picking wildflowers is not allowed today - look and admire, but definitely do not pick. She taught us the latin and the common names of the flowers and also local tales and folklore connected to them. Miss Hunter has left me with an abiding love of flowers both in the wild and in my garden.
Various shades of pink are commanding attention in the garden right now along with yellow, blue, and mauve. 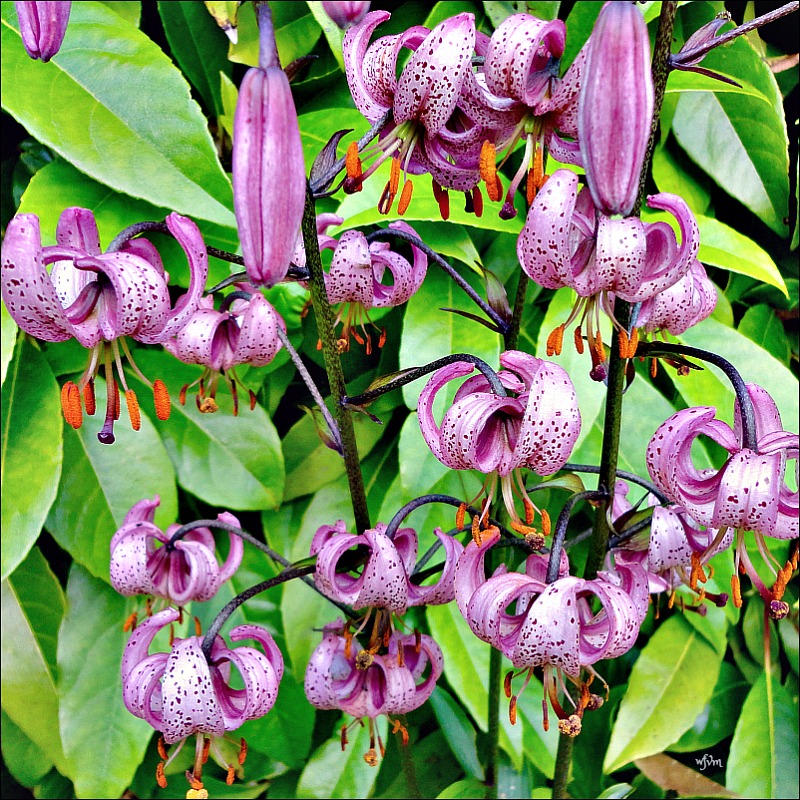 Catching my eye in particular are these Lilium martagon - Turk's cap lilies.
I will never forget finding them growing wild in a remote Pyrenean valley. 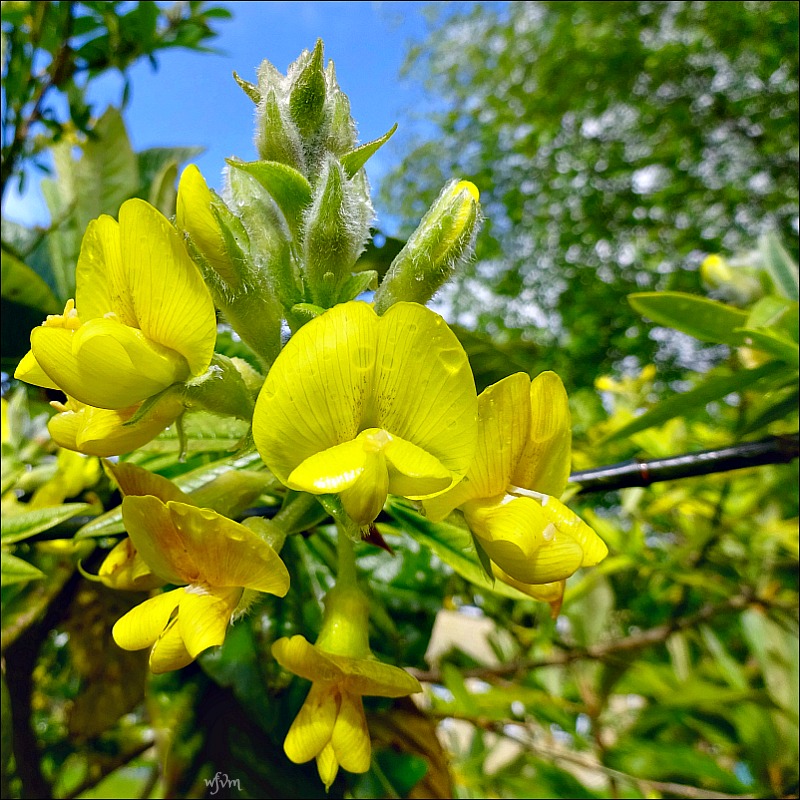 I love this Piptanthus nepalensis - an evergreen Laburnum which comes from the Himalayas with its bright citrus flowers and rich glossy black stems. 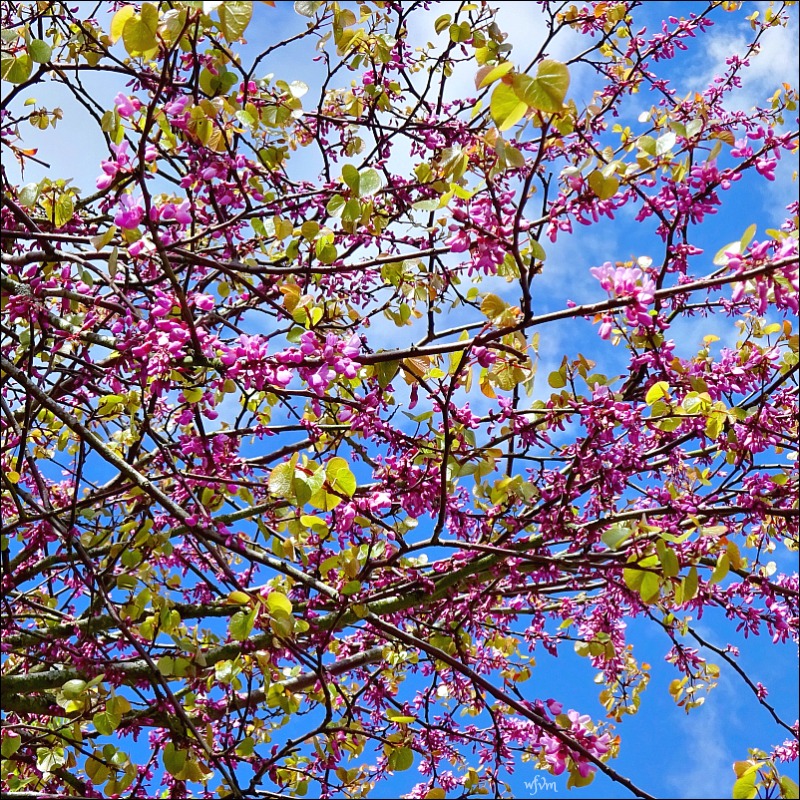 Every year the pretty blossom and heart shaped leaves of the Cercis siliquastrum - Judas Tree never fails to charm and delight. 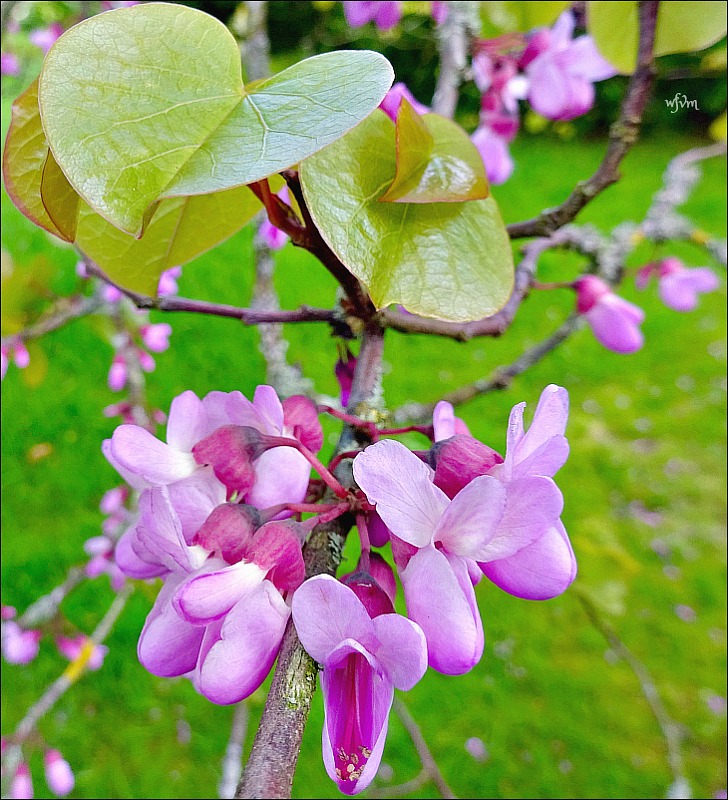 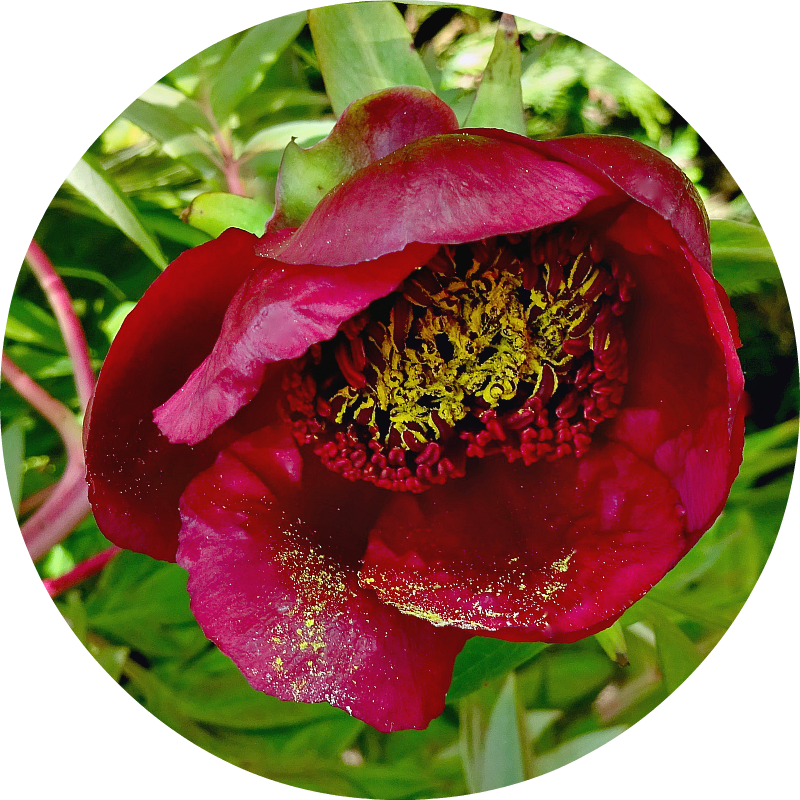 In the garden there are four Peony Trees, but we are fortunate to have this one called Paeonia delavayi. It is endemic to SW China but limited to Sichuan, Yunnan and also the very SE part of Tibet. It is listed as endangered in the China Plant Red Data Book and may be under threat if digging out roots for medicine on a large scale is not adequately controlled.
I have only seen this tree growing in one other garden called Branklyn which sits on the side of Kinnoull Hill overlooking Perth in Scotland. The garden is in the care of the NT for Scotland and I noticed on our visit that they had one growing in the garden. In vain I searched their plant stall hoping to buy one but my luck was out. One of the gardeners happened to walk by as I was searching so I asked him if he had any for sale. He said that he had seen one recently at the back of one of the greenhouses that had fallen off the plants staging and become both moribund and pot bound, but if he could find it then I could have it. I waited and waited and eventually he returned with a poor specimen whose roots were bursting out through the pot. He said "take it and see how it goes". We carried it carefully all around Scotland before returning back home and now it has grown into a beautiful tree, which is greatly appreciated and enjoyed. One of the other Peony Trees - Paeonia ludlowii also comes from China but is endemic to the Nyingchi, Mainling and Lhȕnzê counties of SE Tibet, however, it is a far easier tree to propagate. Unlike Paeonia delavayi which is propagated by taking semi hardwood cuttings, Paeonia ludlowii is propagated from seed. It has very large black seeds and I must have given at least 20 of these trees away to family and friends. It is named in honour of Frank Ludlow an English officer who was stationed in the British Mission at Lhasa and a keen naturalist.
In comparison the other two peony trees come from Japan - they resemble shrubs rather than trees, and have larger showy flowers. 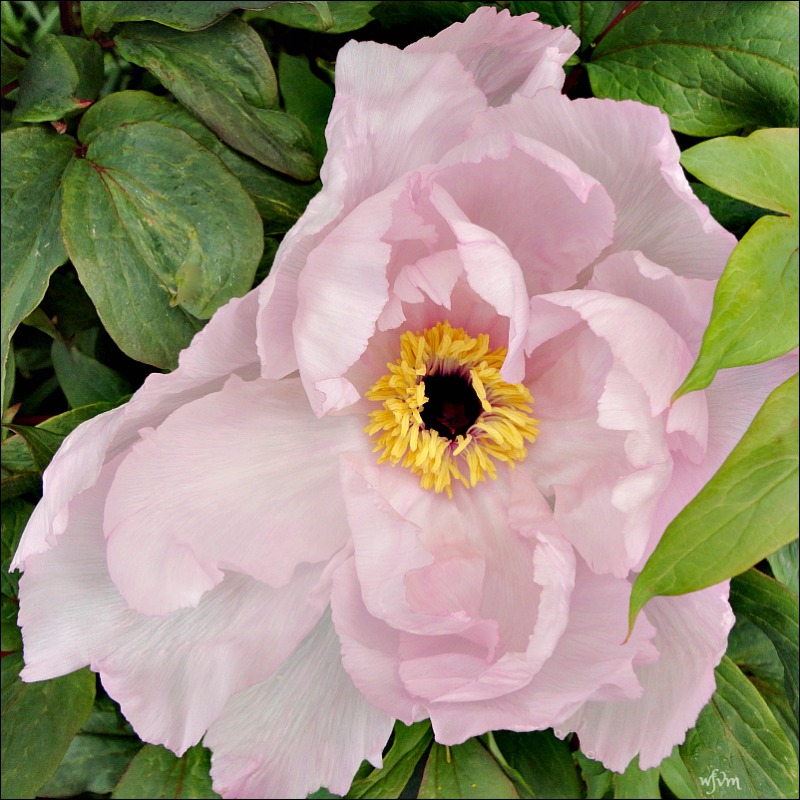 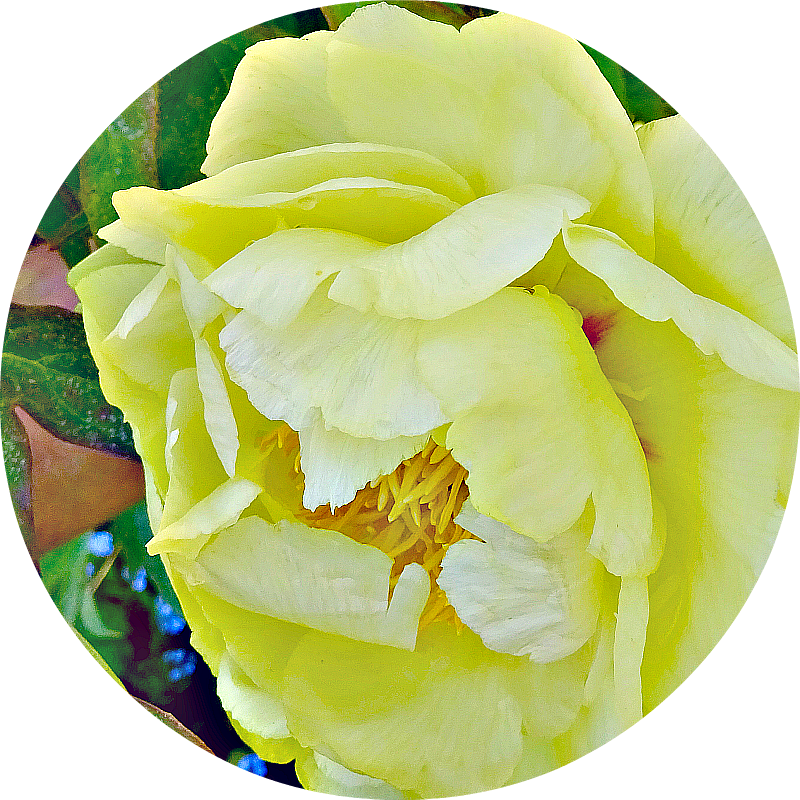