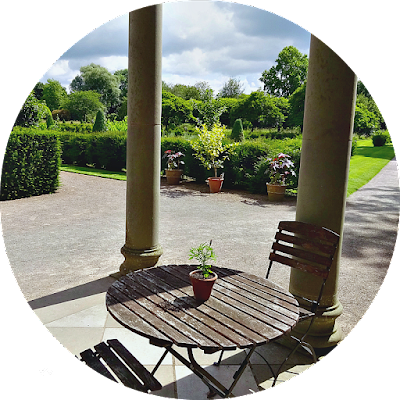 To learn more about Westbury Court Garden and it's history see Part 1. 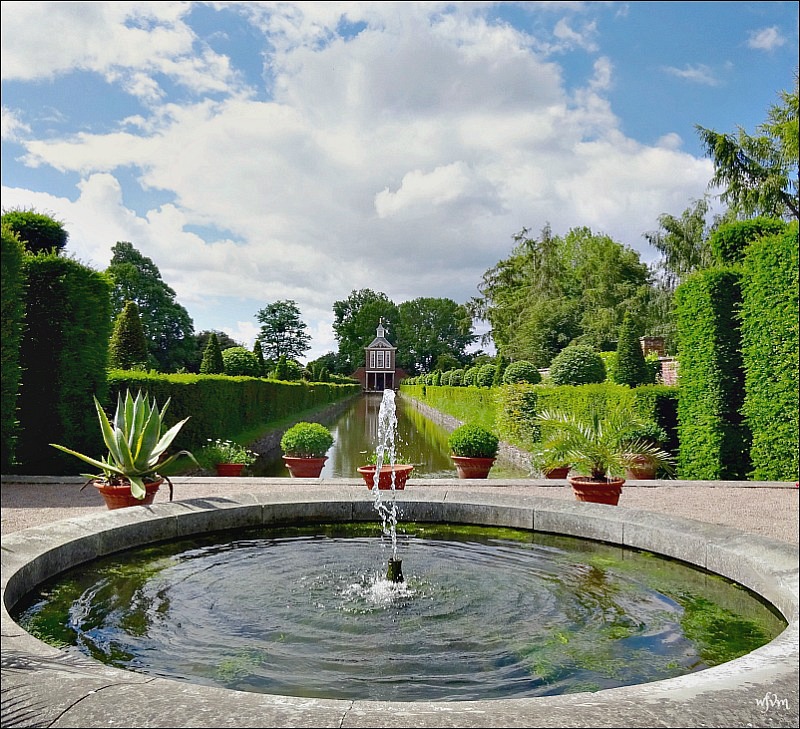 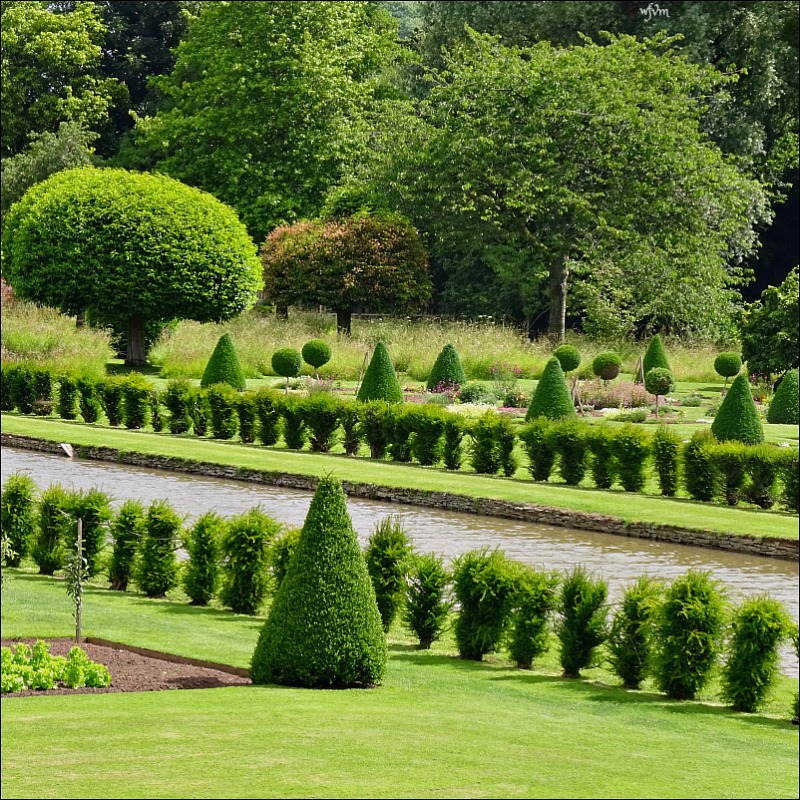 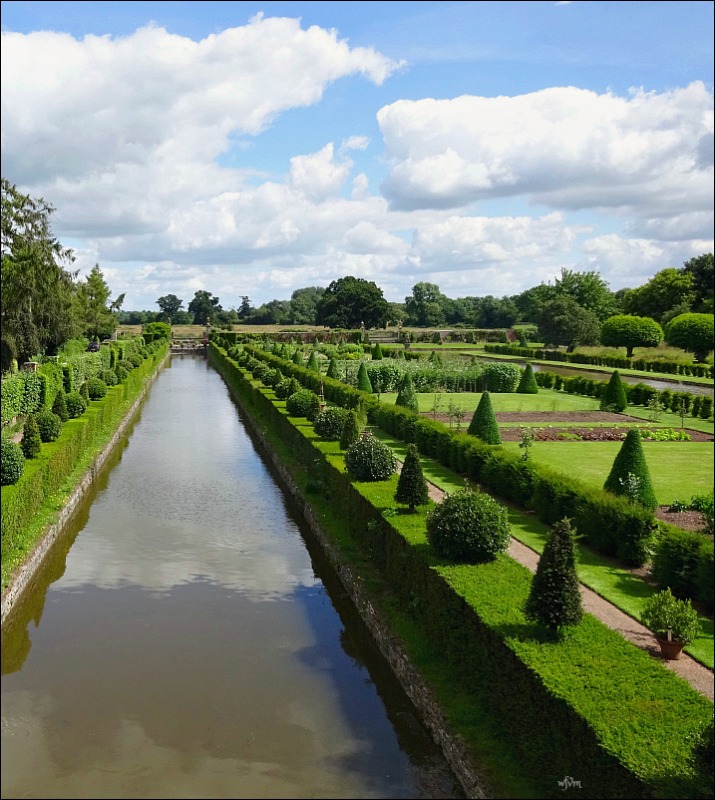 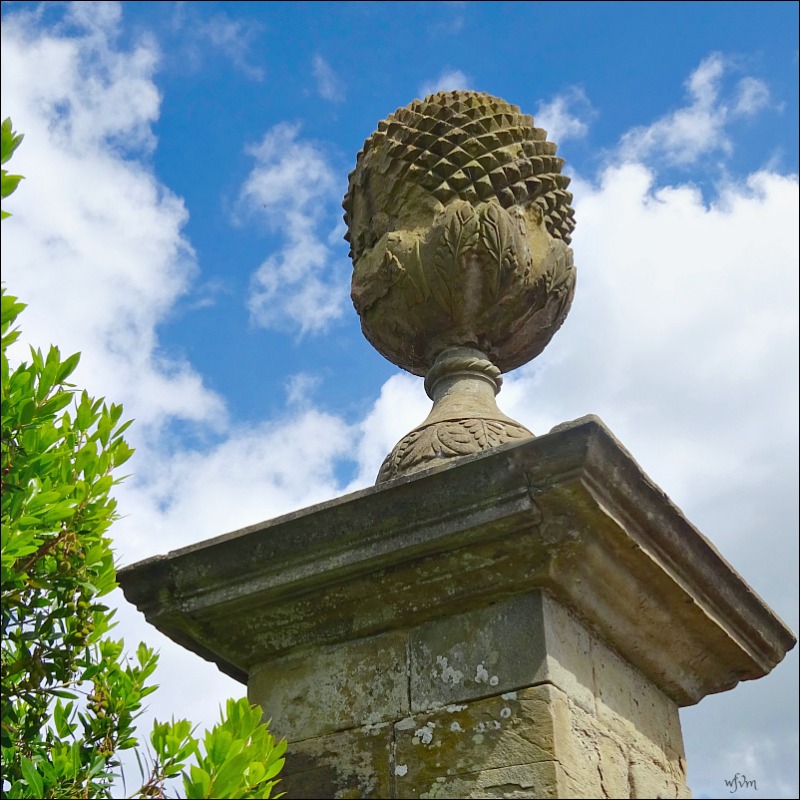 The first pineapple to reach Europe arrived on a ship sailed by Columbus in 1496. From that moment the pineapple became a fruit of legend, highly prized and beyond the reach of everyone but royalty. The cult of pineapples grew, it became a familiar motif of both baroque and Neo-Classical architecture representing wealth and good taste. 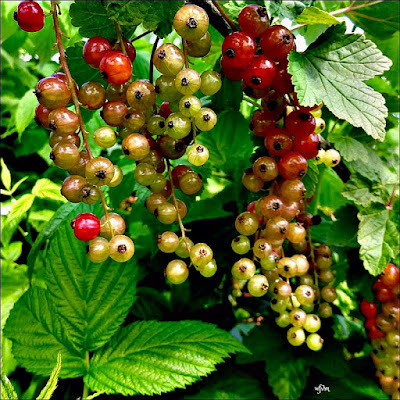 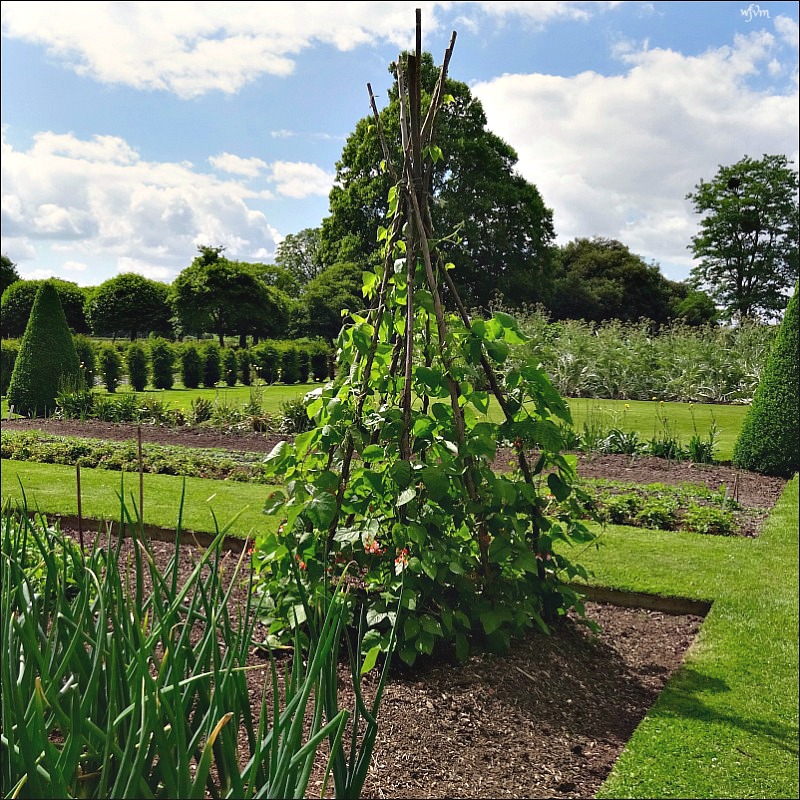 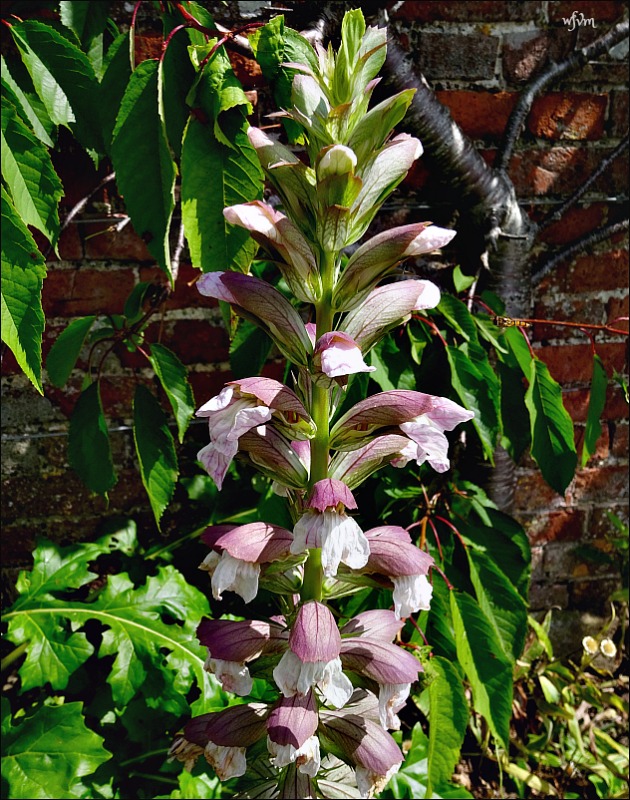 Acanthus plants were in flower creating a juxtaposition 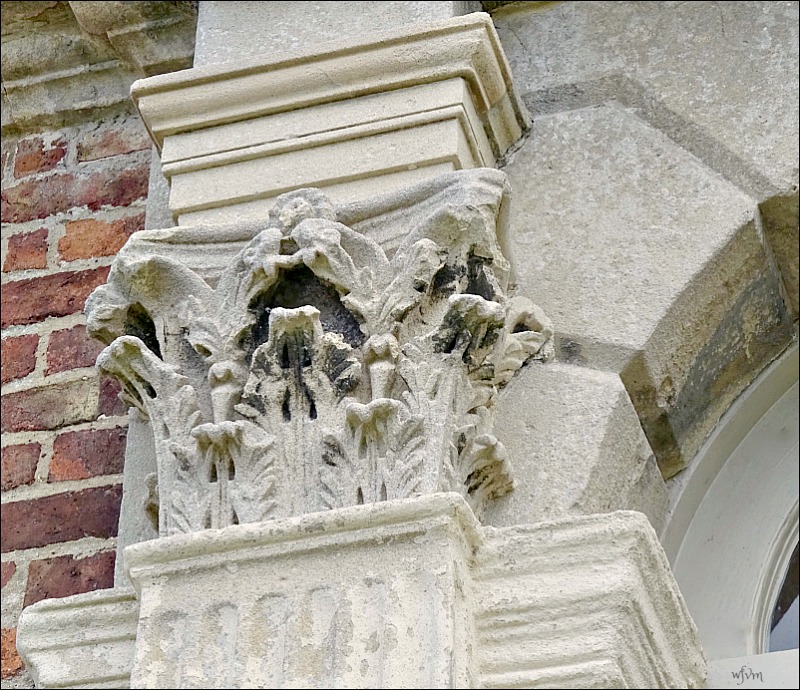 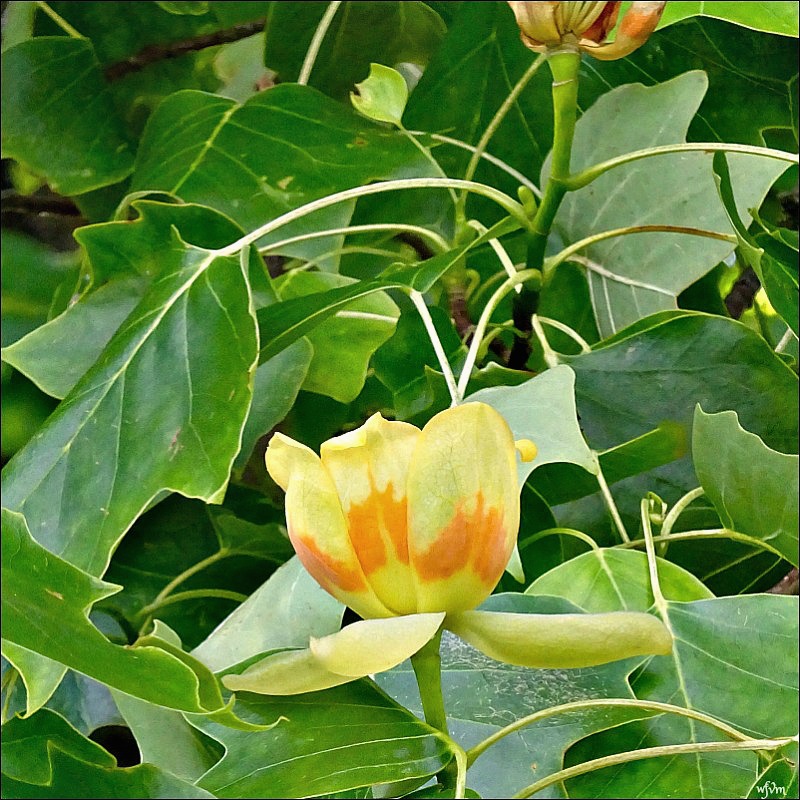 Planted in 1638 a huge Liridendron tulipifera was showing off it's distinctive tulip shaped flowers. 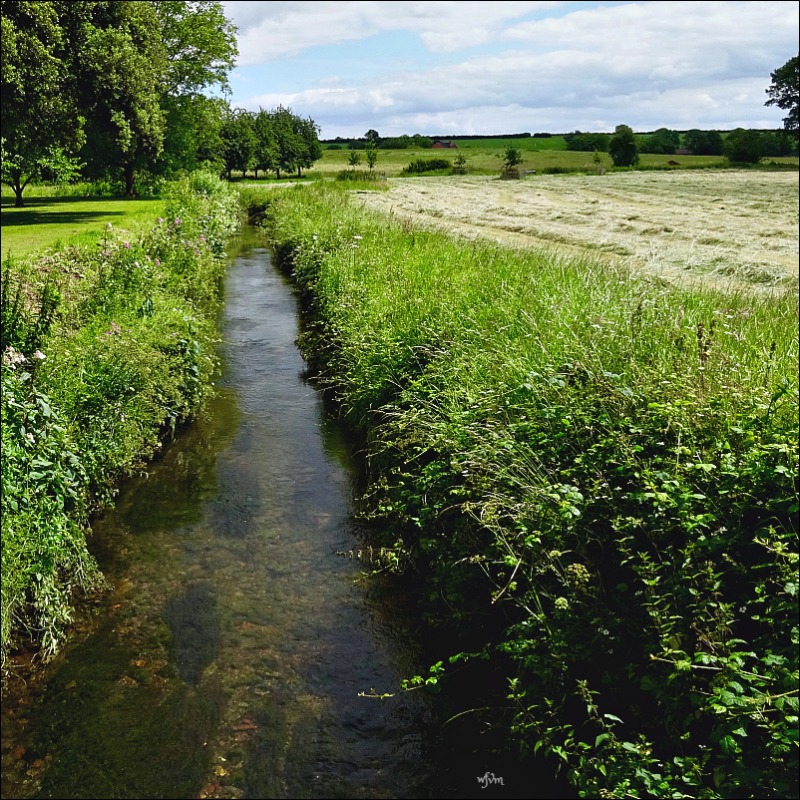 A wooden bridge over a tributary leads from the garden affording a way down to the River Severn itself. 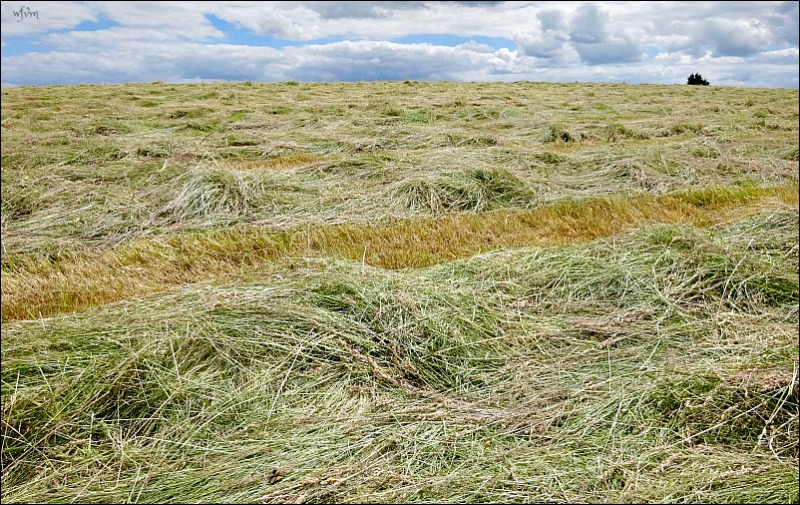 The pathway skirts around the edge of newly mown hay meadows, whose sweet fragrance was attracting dozens of dancing butterflies. 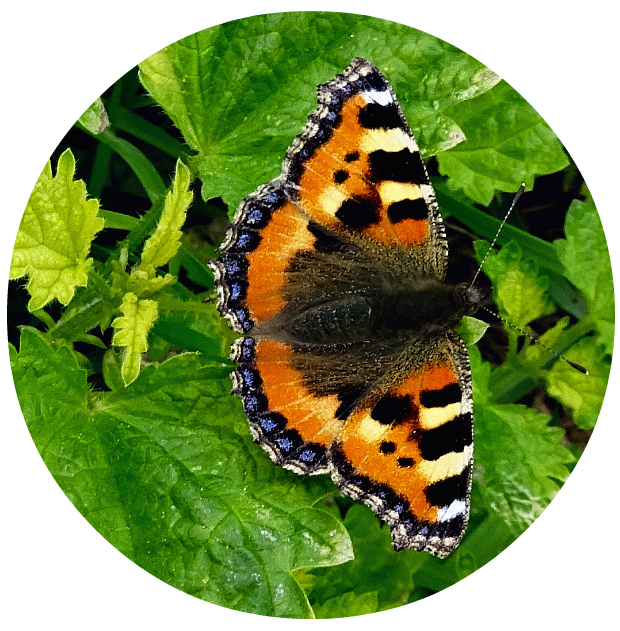 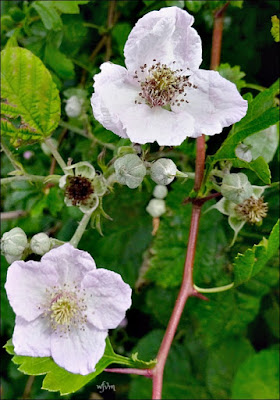 In the hedgerows the future blackberry harvest showed signs of being bountiful. 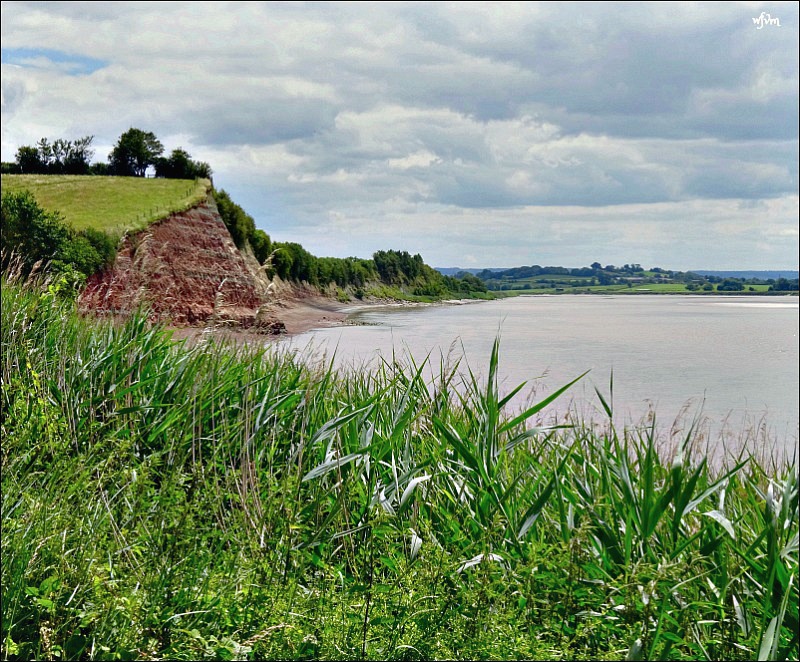 The mighty River Severn.
Here the Severn has cut through the hillside to form a cliff exposing layers of Triassic white and red marl, and fragments of Ichthyosaurs fossils.
Rising in the Welsh Cambrian Mountains, the River Severn is the longest river in Britain.
It flows in a semi-circular route through the Welsh county of Powys and the English counties of Shropshire, Worcestershire and finally Gloucestershire.

At it's widest the estuary is 30 miles wide forming a physical boundary between England and Wales - in medieval days it was known as The Severn Sea. It's journey continues through the Bristol Channel until it finally joins the North Atlantic Ocean.
The Gloucestershire section of the river is tidal and regularly experiences tidal ranges of up to 15 metres (49 feet). The world's largest tidal range of 16.3 metres (53.5) occurs in the Bay of Fundy, Nova Scotia, Canada, which incidentally I saw whilst on a visit there in the early 1990s.
The incoming tide on the River Severn also creates a natural phenomenon 'the Severn Bore'. There are 60 bore locations around the world the Severn Bore is the second highest. The highest being in China.
The bore is an exciting event for both onlookers and surfers.
The largest bores are classed as 5* and
there are only two due for the rest of this year on the 29th and 30th September. However, both are scheduled to arrive during the late evening at around 21.30 - 22.45 hours.
Unfortunately 'bores' tend to arrive either early in the morning or late at night. 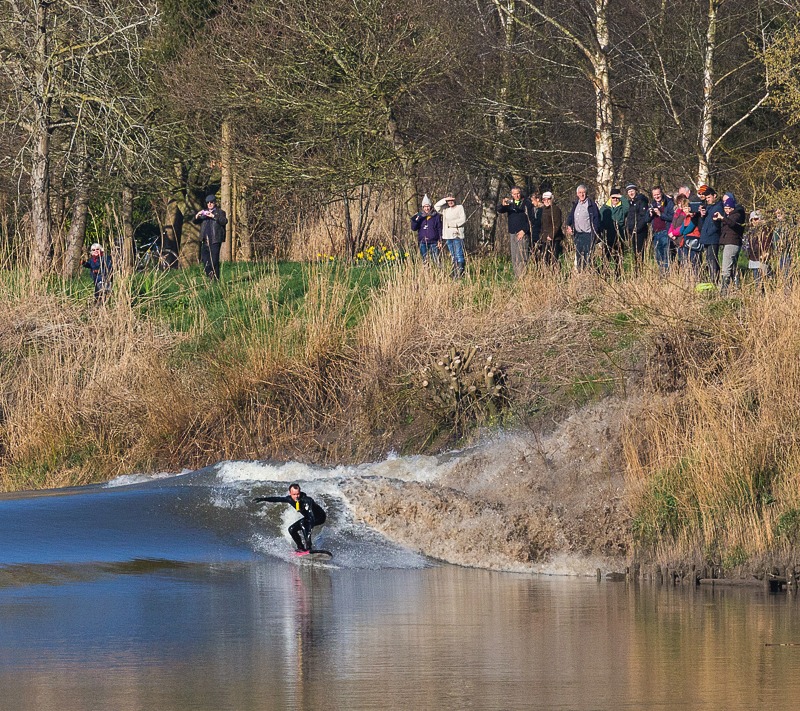 courtesy quintinlake
Posted by Rosemary at 10:25