A Pre-Christmas Walk around a house called Baddesley Clinton 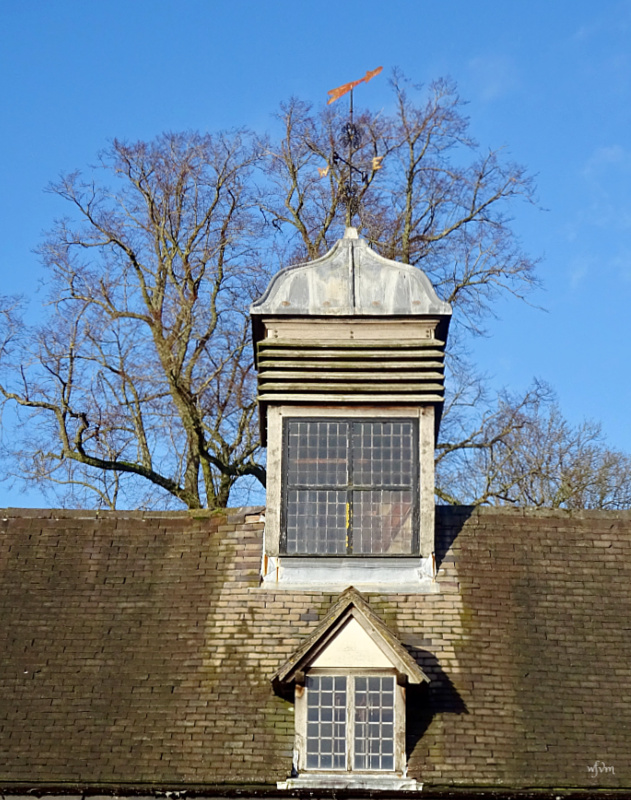 It was a bright December morning for the latest of our pre-booked/timed outings to visit the grounds and surroundings of an early Tudor architectural gem built within a moated setting. 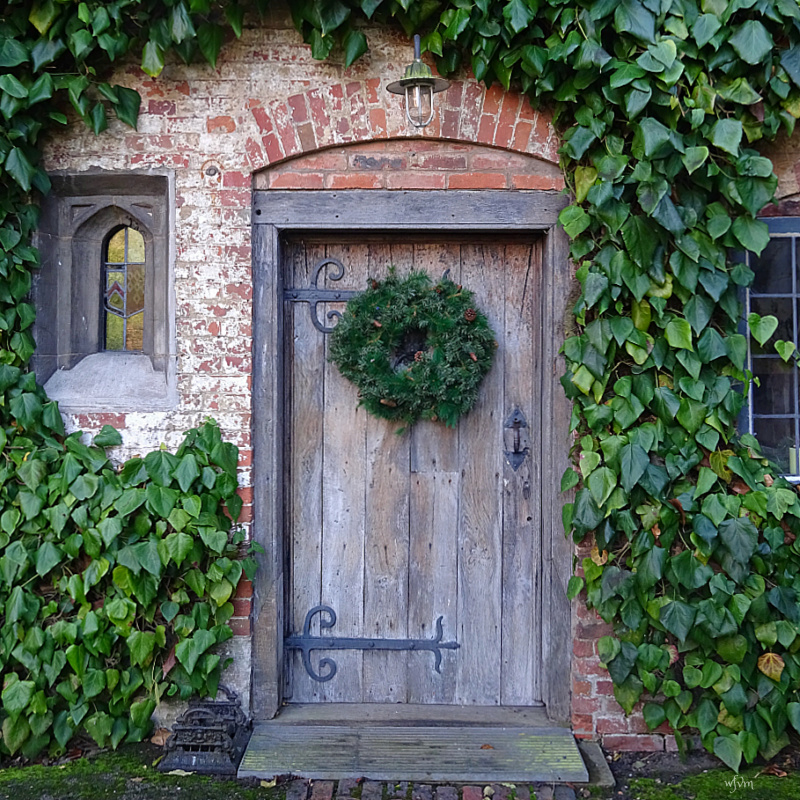 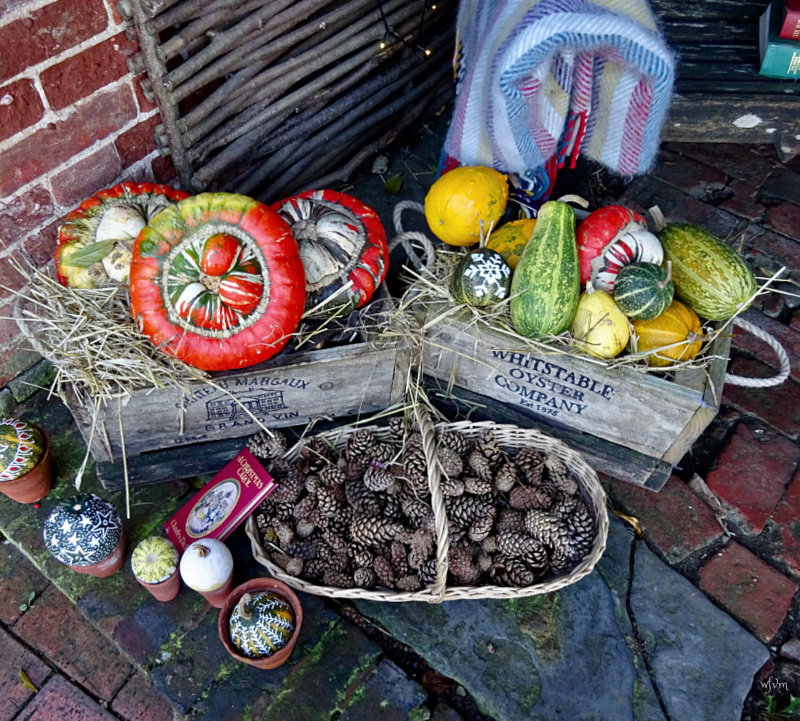 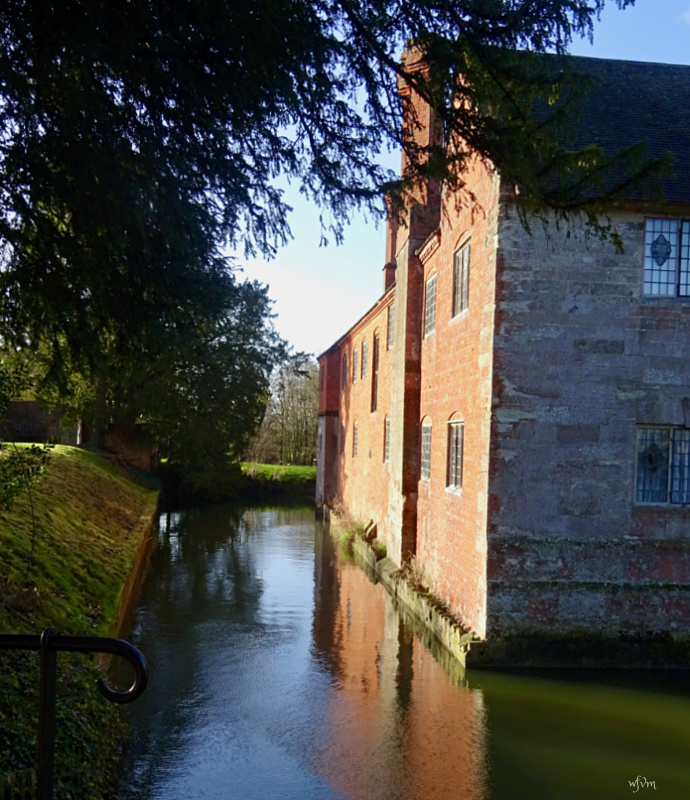 Anglo-Saxon settlements in England started to develop during the middle of the 5th century following the fall of the Roman Empire, which ruled here for nearly 400 years. At some point a Saxon man called Baeddi, Badde or Bade, probably a farmer from the Avon Valley, drove his cattle into the ancient Forest of Arden, where he made a clearing for them to graze. The area would have been protected from predators with a large deep ditch and wooden palisades to form an enclosure. Such a clearing was known as a 'leah' or 'ley' - hence Badde's Ley. It is most likely that a homestead built from timber or stone close to the enclosure would have been added at a later date. However, although no remains of any building have ever been found it is known that Baddesley Clinton has Saxon origins. 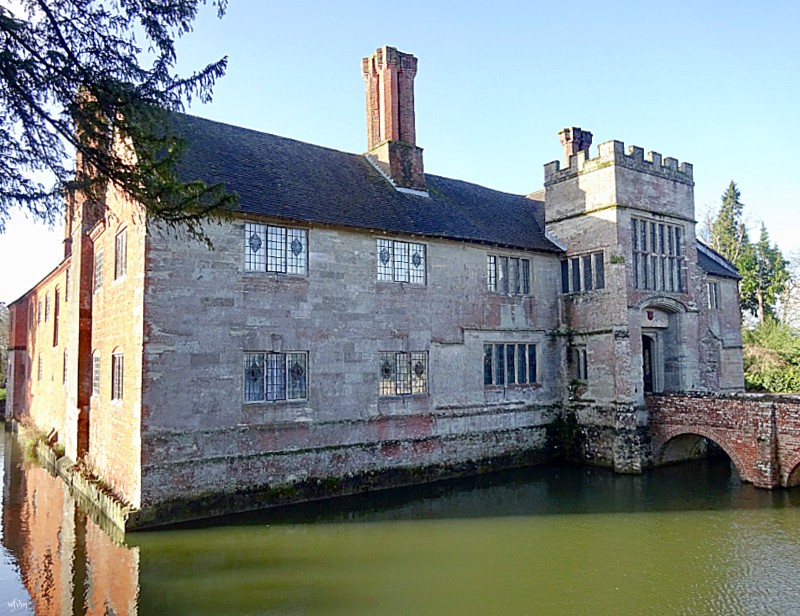 The entrance to the house is one of the most visually pleasing architectural ensembles in England, with its combination of bridge, moat and crenelated gatehouse. Its stone and brick work and interesting windows relate the building to various architectural periods, but all blend harmoniously together.

The house and estate were home to the Ferrers family for 500 years, and despite being short of money from time to time, it passed from father to son for 12 generations. 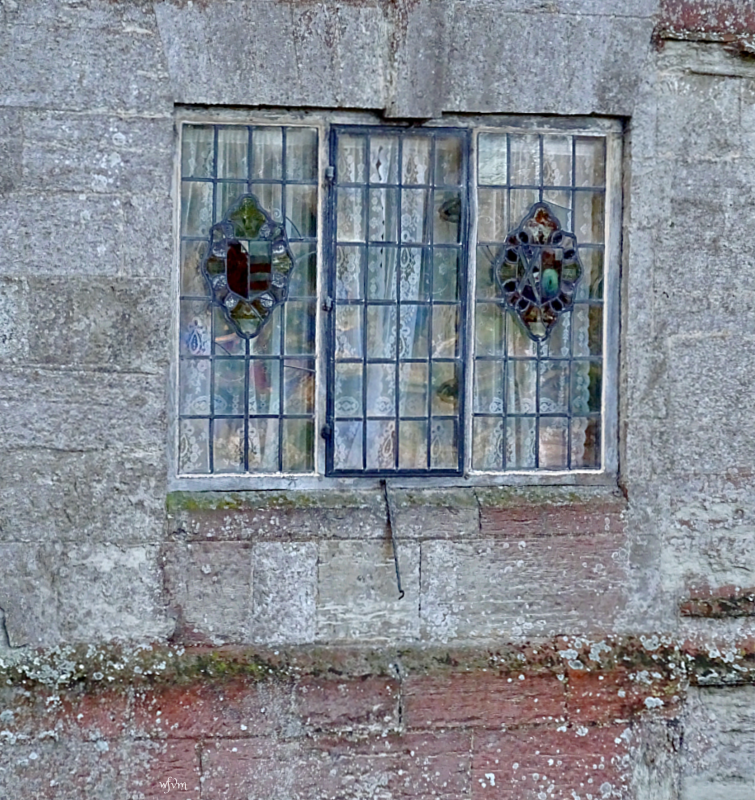 The Ferrers had several of their own armorial arms installed into the windows. 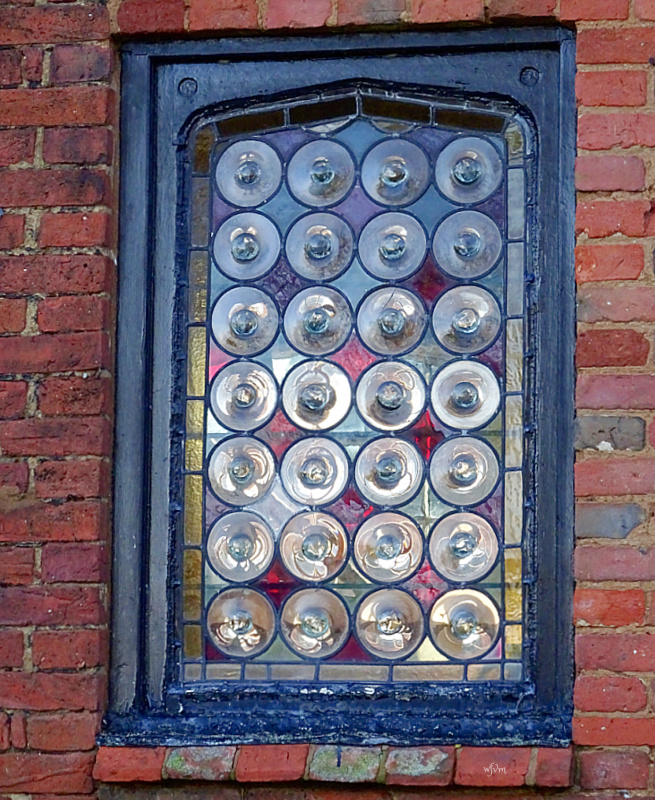 This Crown glass is a very early type of window glass. The process of making crown glass window panes was perfected by French glassmakers in the 1320s, notably around Rouen, but they kept it a trade secret. As a result, Crown glass did not appear in this country until after 1678. Modern versions of this glass seen today tend to be referred to as Bullseye or Bottle-end glass. 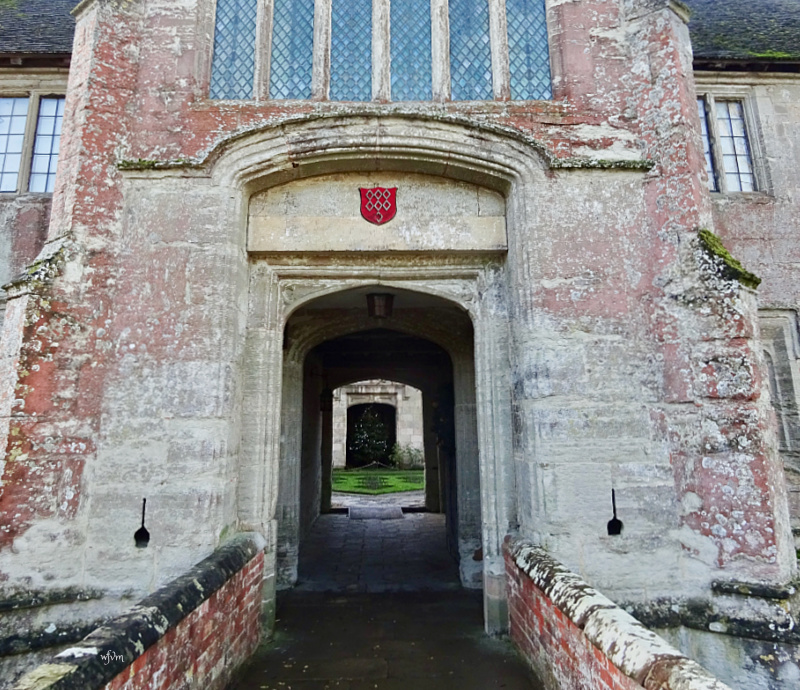 Although the interior of the house is currently closed to visitors, it was possible for us to enter the inner courtyard. 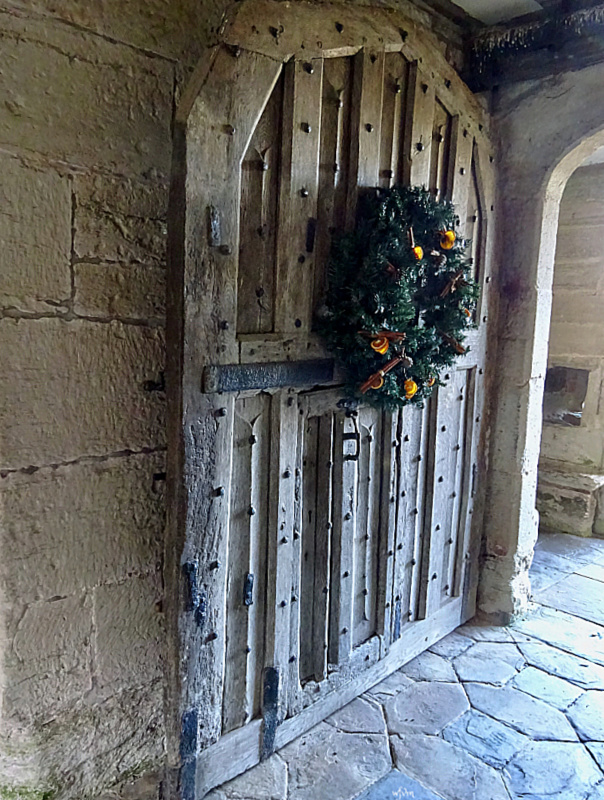 When this large, strong door is firmly locked, the owners must have felt totally safe and secure within........... 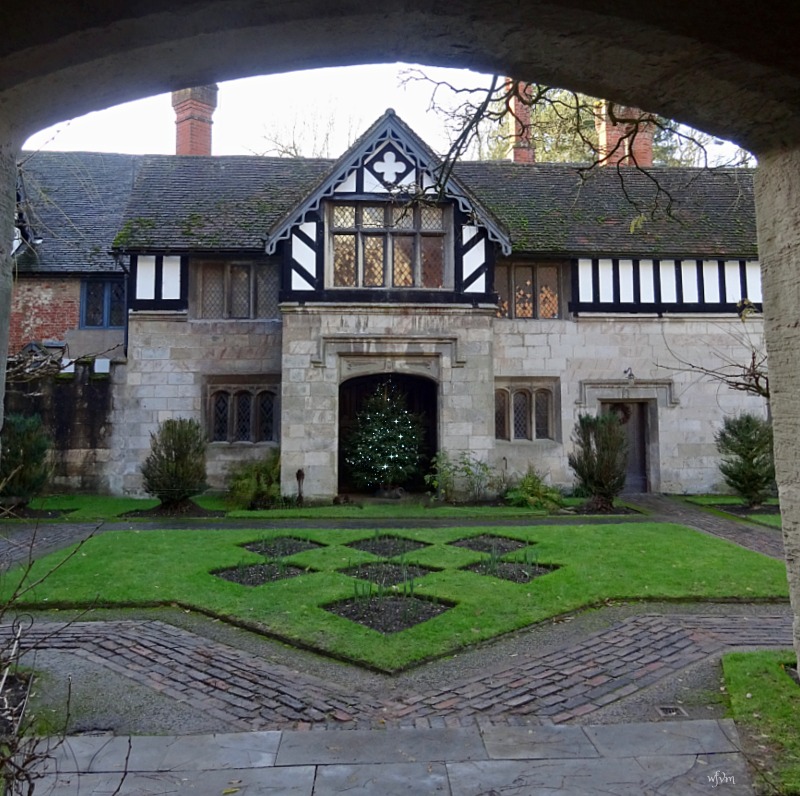 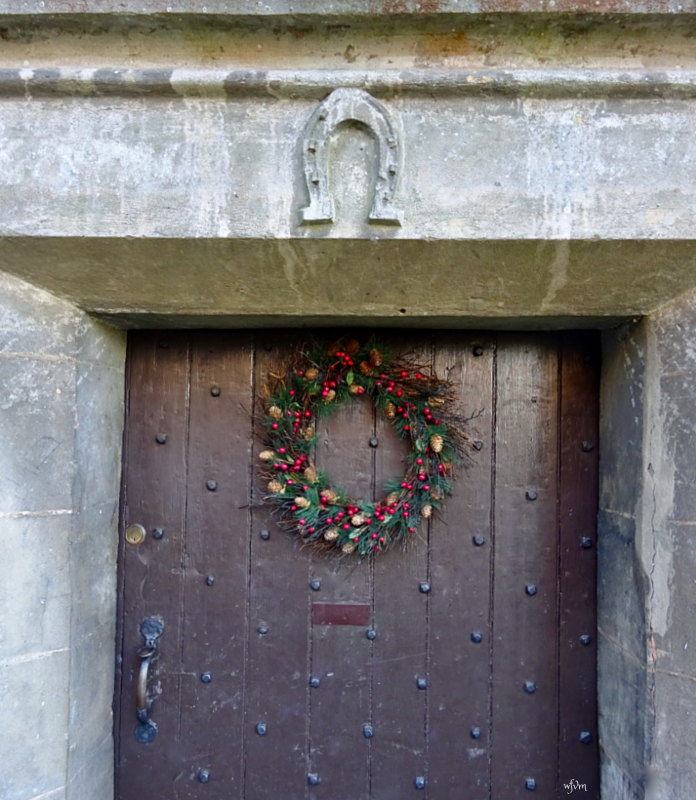 Several of the inner courtyard doorways featured a stone carving of a horseshoe, but why were they hanging the wrong way up? In England hanging a horseshoe facing upwards in a 'U' shape is said to keep evil out and bring good luck into your home. However, in France they hang horseshoes the other way round to allow the good luck to pour out upon those who enter beneath.
The explanation for this must be the fact that the Ferrers family were descended from Henri de Ferrièrs, a Norman nobleman, who was Master of the Horse to William the Conqueror at the Battle of Hastings. 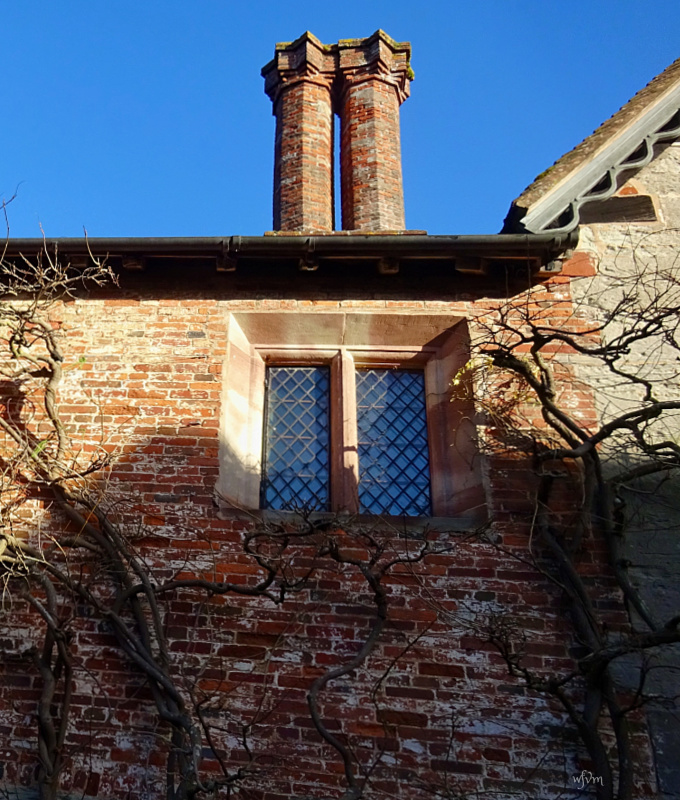 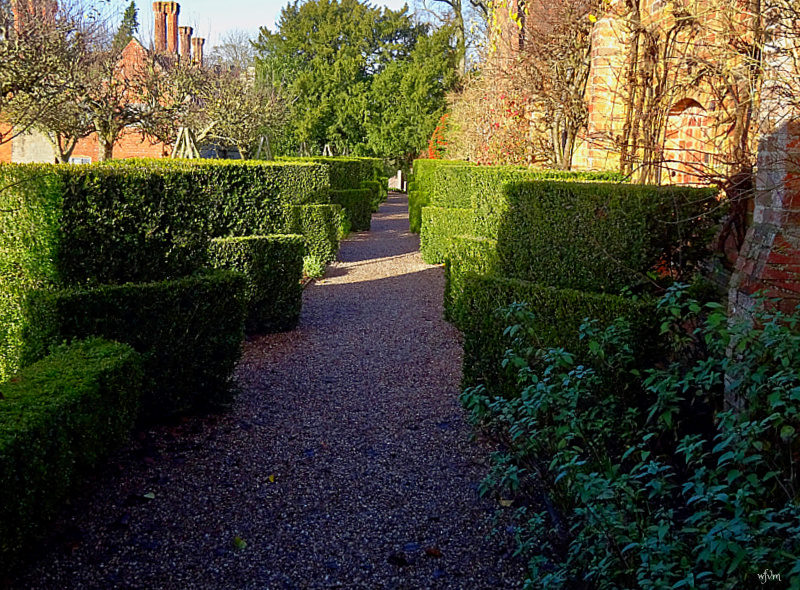 Time for a brisk walk around the grounds, a picnic, then home. 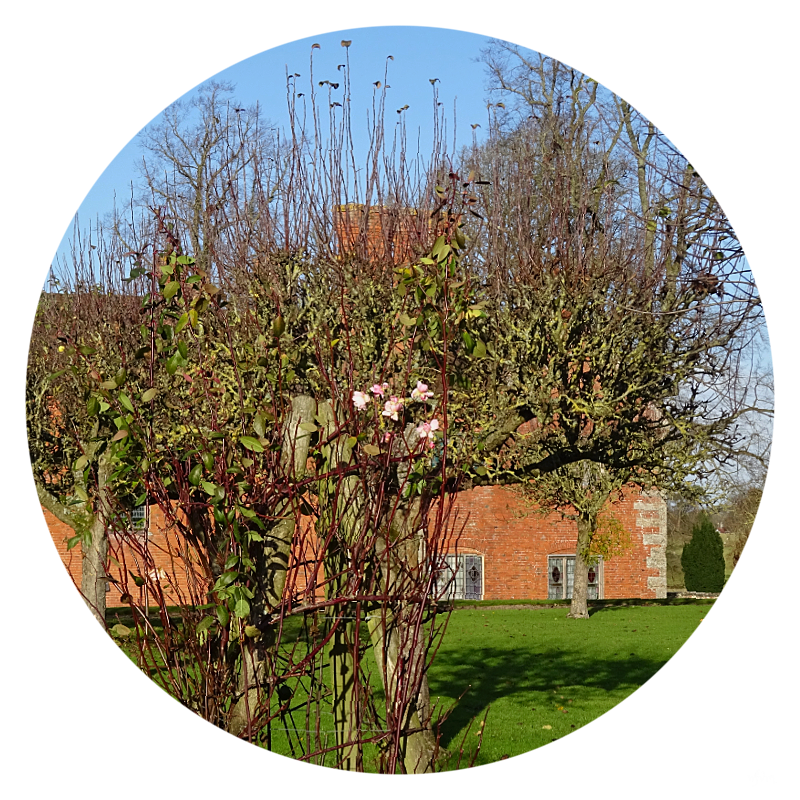 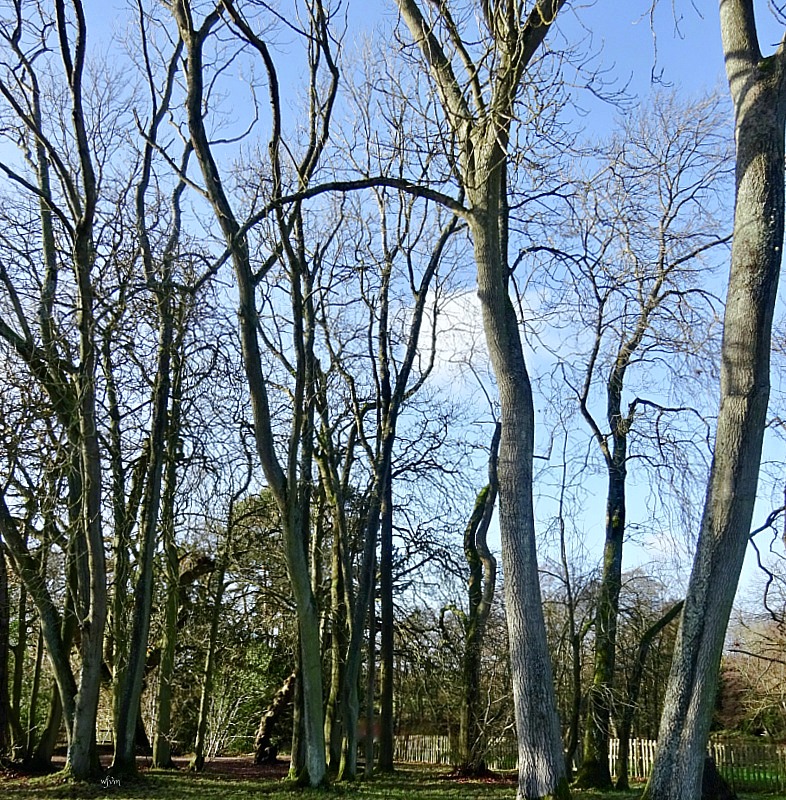 Most of the trees are now bare, but there is still beauty to be seen within their sculptural structure. 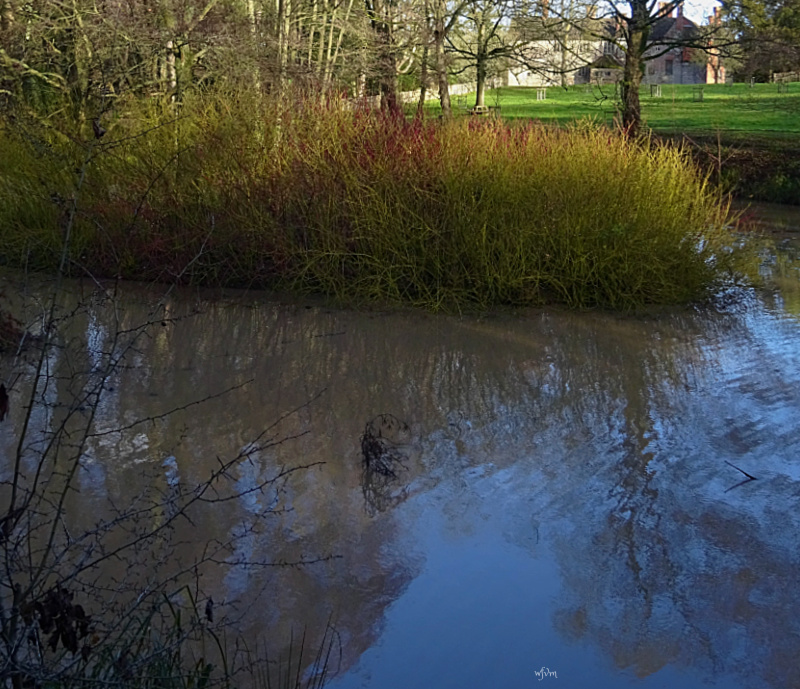 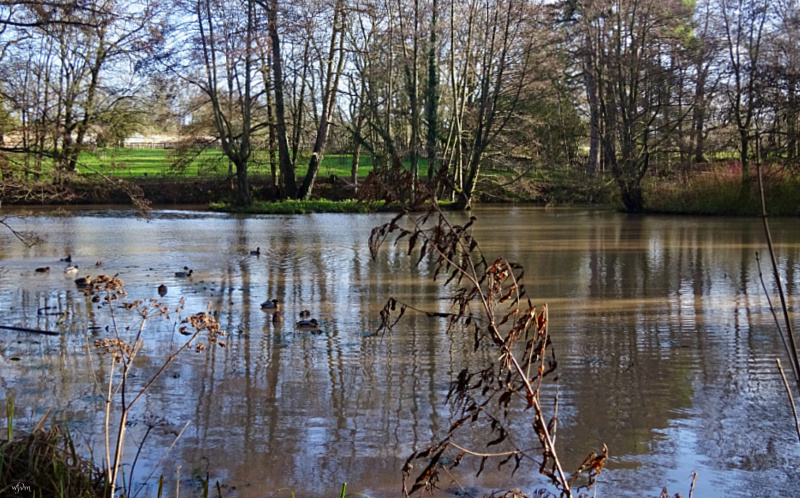 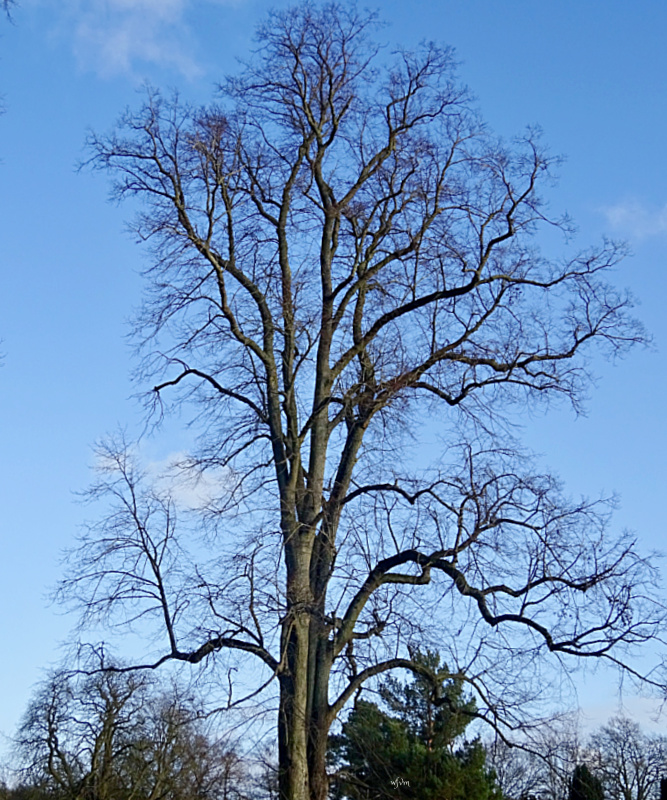 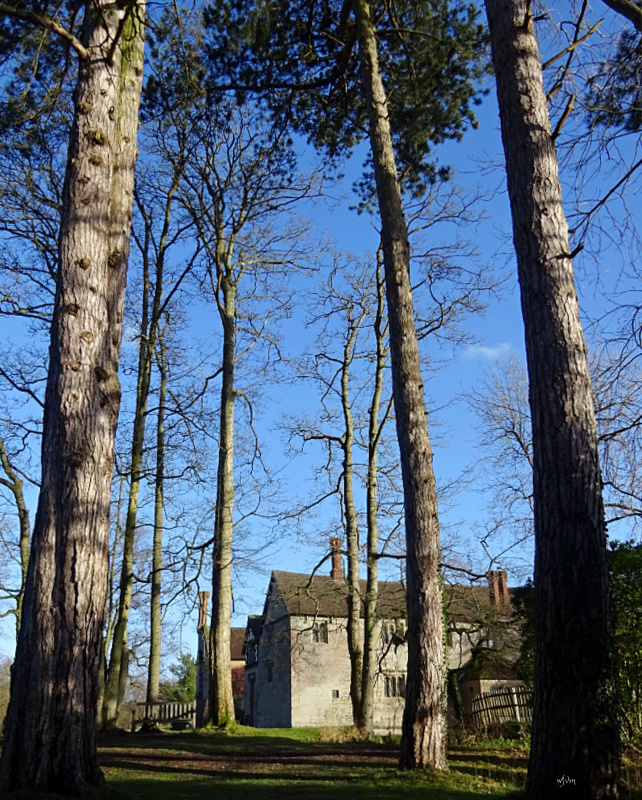 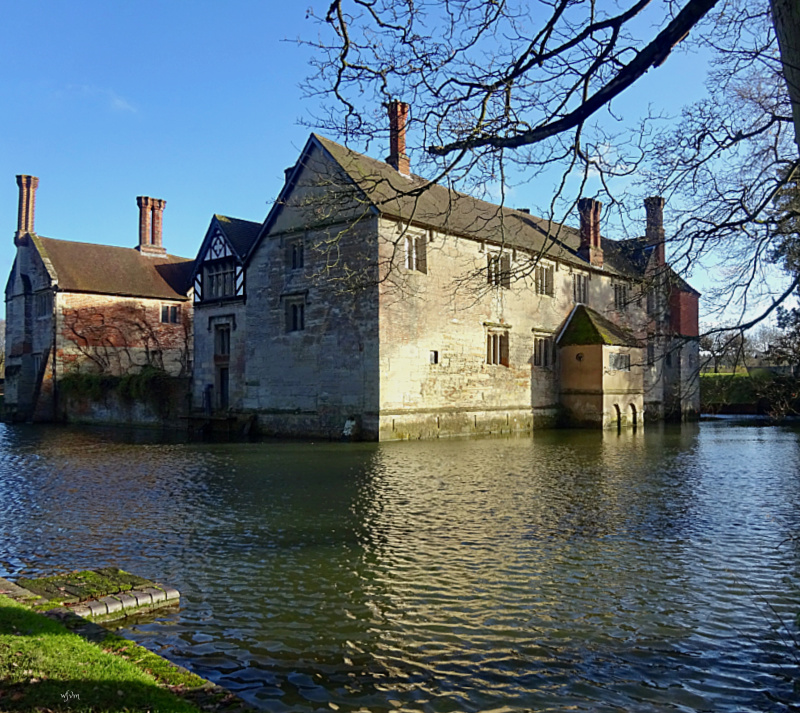