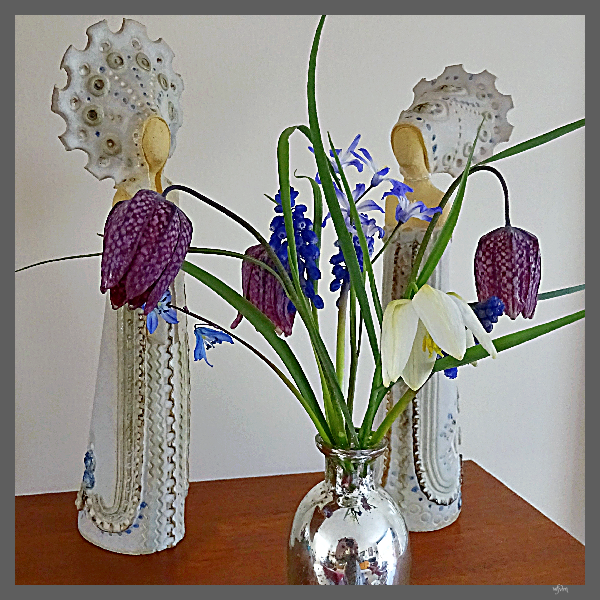 Large clumps of Snakes Head Fritillaries have been gracing our garden over the past three weeks, but sadly they are now almost finished.
Not too far away from home there is a large traditional hay meadow where an enormous number of fritillaries have yet to bloom. These particular plants represent 80% of the entire population of wild fritillaries to be found in Britain. Numbers in the meadow can vary each year but average over 500,000. They require floodplain meadow habitat to thrive, traditional hay meadow management, and periodic flooding. They are intolerant of grazing during the growing season, but receive an annual hay cut during mid-summer, which is then followed by grazing cows in September.
Once there were similar hay meadows along much of the Upper Thames river area, but most have now been lost due to drainage, and modern agriculture methods.
The wild meadow fritillaries bloom far later than the cultivated ones in the garden, so I am hopeful that I may have a further opportunity to see more of these pretty flowers soon.

When light slants before the sunset, this is
The proper time to watch fritillaries.
They entered creeping; you go on your knees,
The flowers level with your eyes,
And catch the dapple of sunlight through the petals...