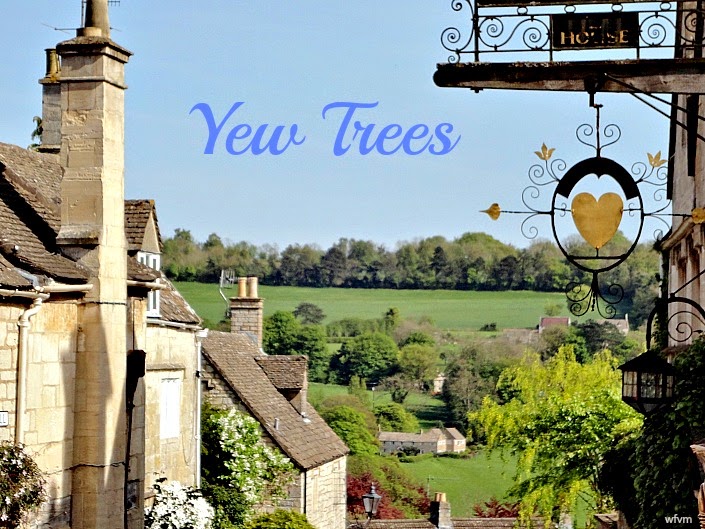 We have Yew Trees in our garden, three we planted, one we suspect arrived via a bird. In our local  churchyard there are 99 Yew Trees, I believe it to be a true fact although I have never actually checked it out. Apparently people do try counting them and invariably come up with different numbers! 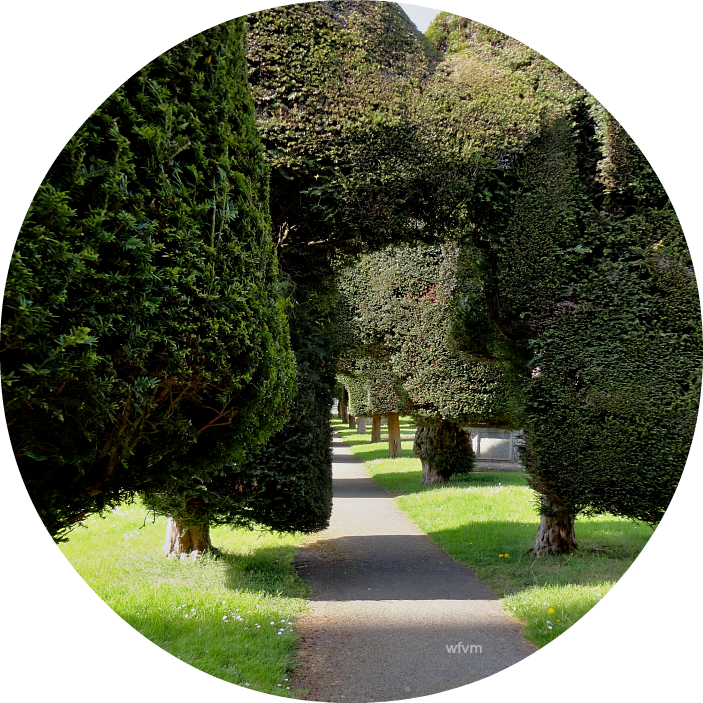 A medieval legend tells us that there are just 99 trees growing in the churchyard and that the devil would destroy the hundredth if it were ever planted. 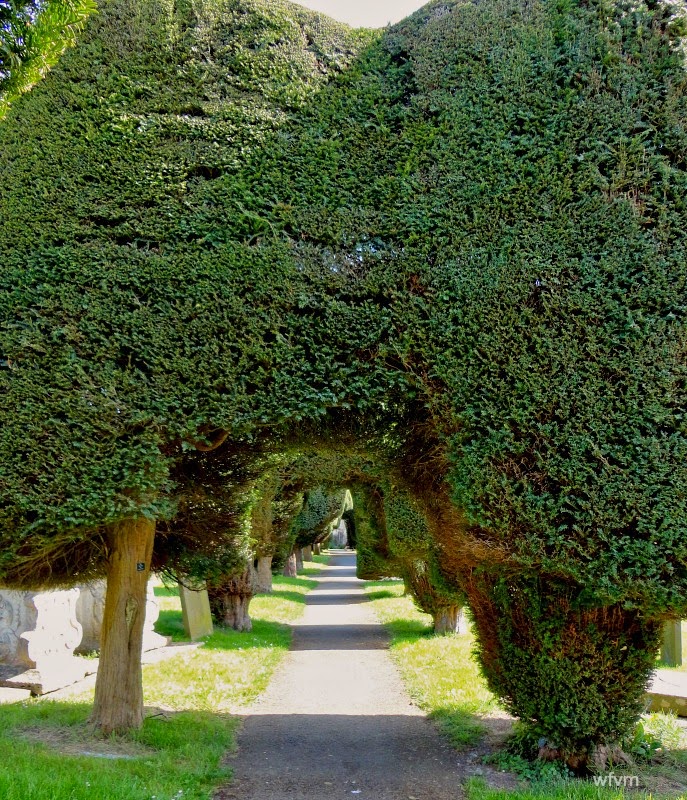 In the year 2000 the church was faced with a dilemma. Every parish in the Diocese was given a yew tree to plant to mark the millenium. 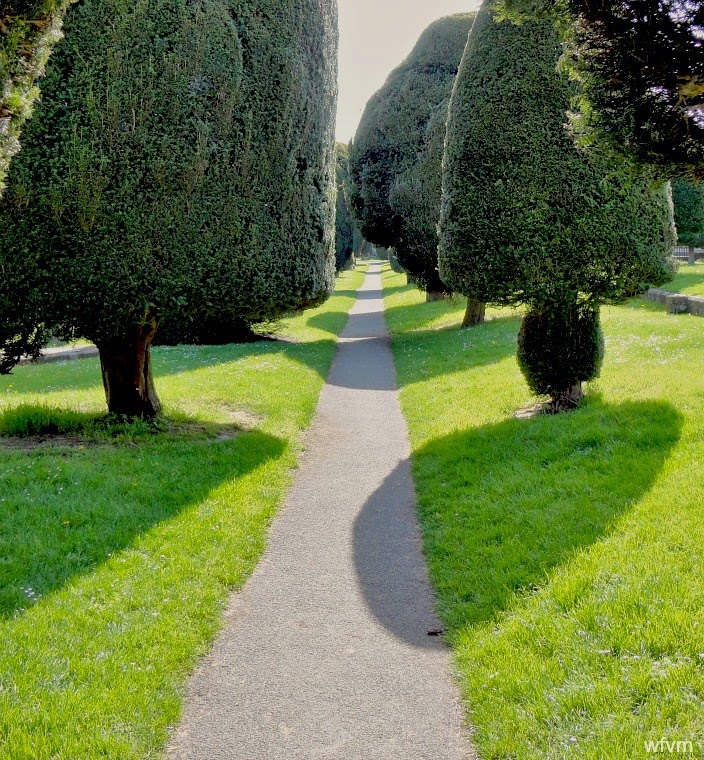 Our local church was chosen to host a special service where all of the young yew trees were blessed and handed out. 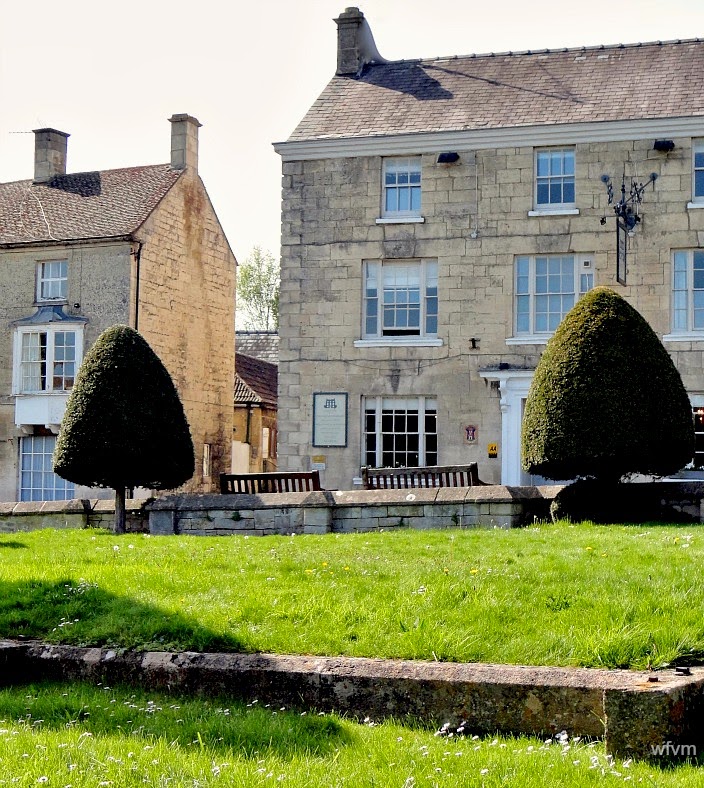 Parish officials bravely planted the 100th yew on the north side of the church opposite the local hostelry. Contrary to legend it has survived as you can see below 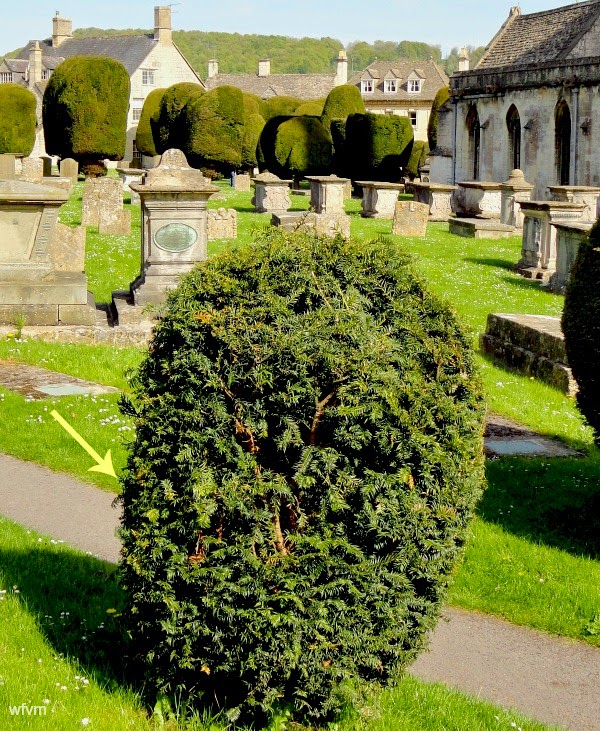 One of the 300 year old yew trees toppled over during some bad winter weather in 2007. The local people wondered if the legend was becoming fact, but after extensive cutting and trimming it too is growing back. 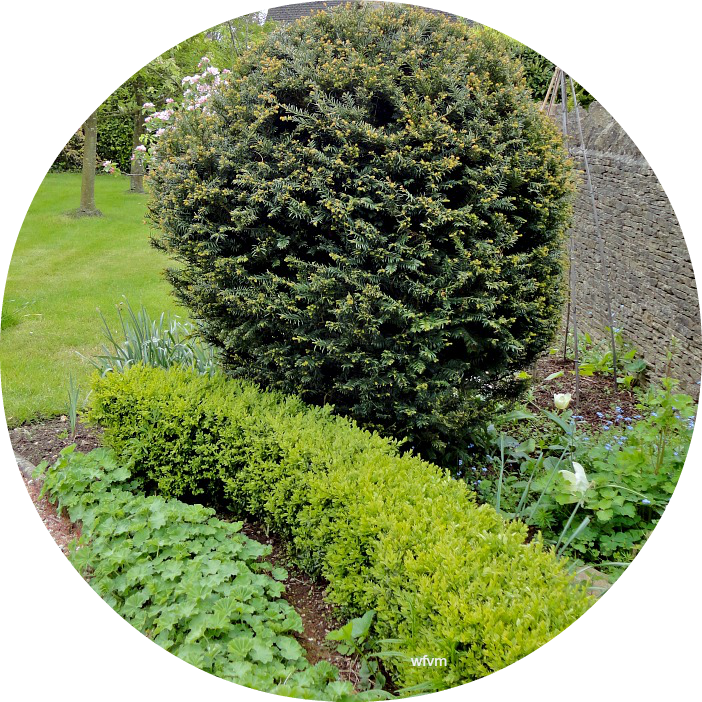 This yew tree arrived unexpectedly in our garden also in the year 2000. It was just a small spindly twig, no bigger than 6 inches high. H began pruning it each year, and I consider that our 'gifted' tree is actually doing better than the one in the churchyard. 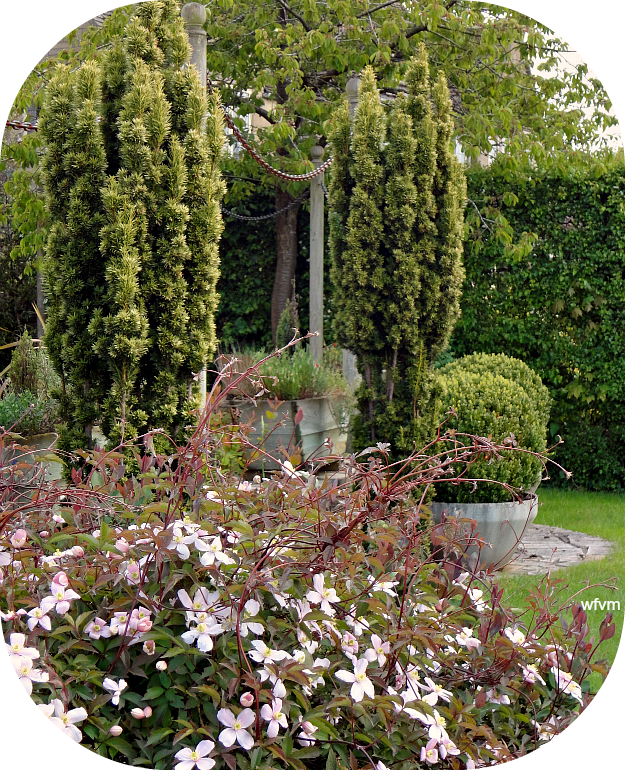 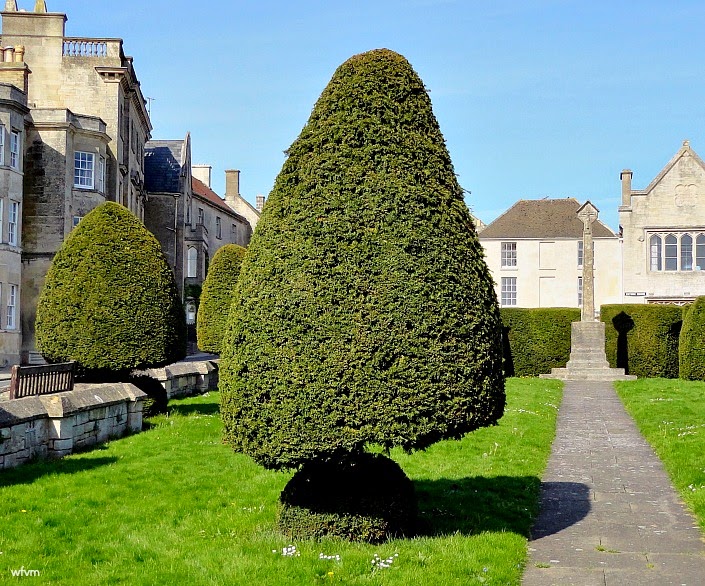 All of the original trees in the churchyard are over 300 years old, but there are other yew trees in the country that are 1000 years old. The trees were considered sacred when Christianity was first introduced to Britain. 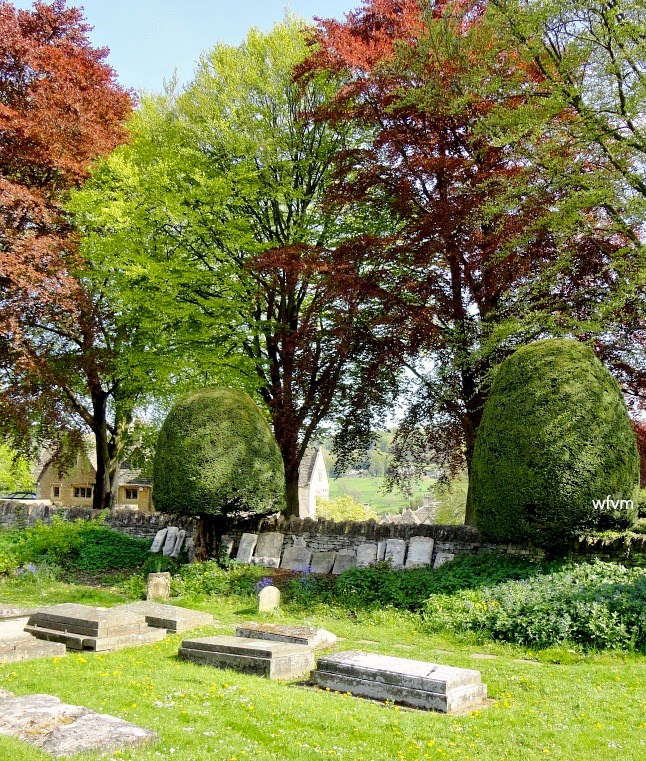 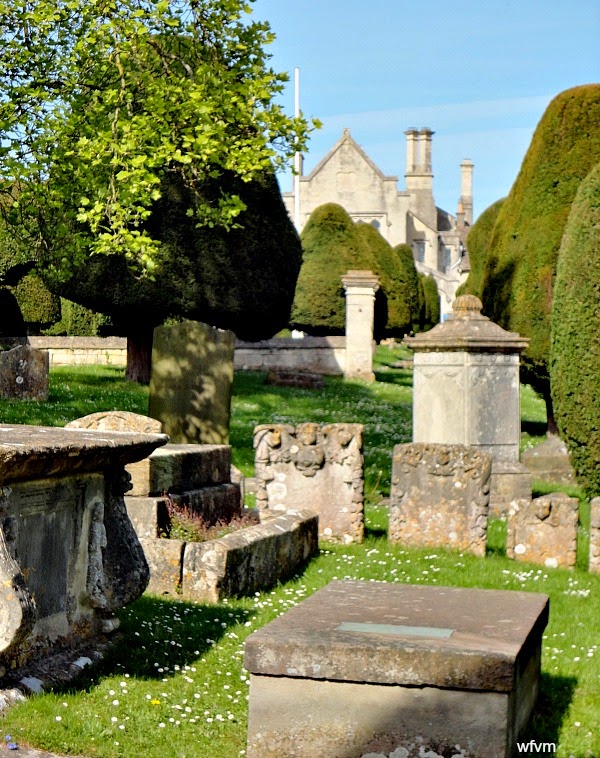 The trees enjoy longevity due to their unique growth pattern. The branches grow down into the ground to form new stems which then rise up around the old central growth as separate but linked trunks. 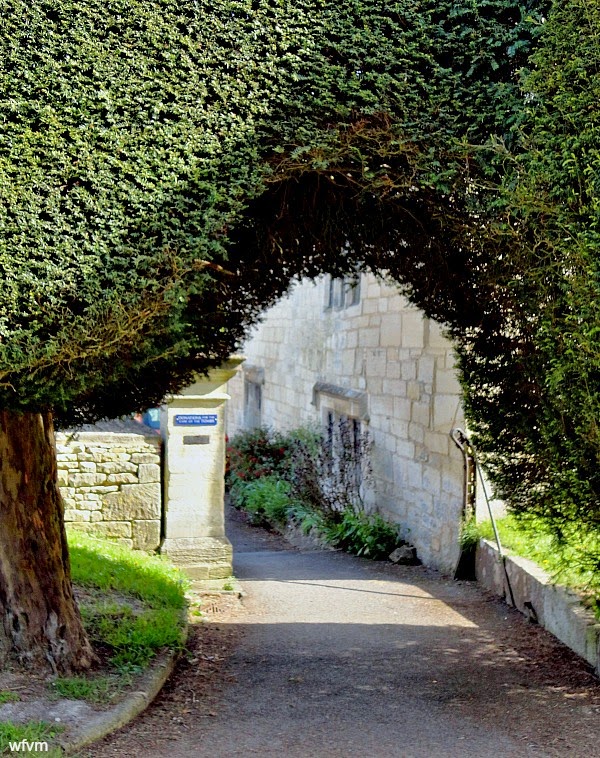 The central part may decay, leaving a hollow tree, but  the new trunk growth continues to give life around the original tree 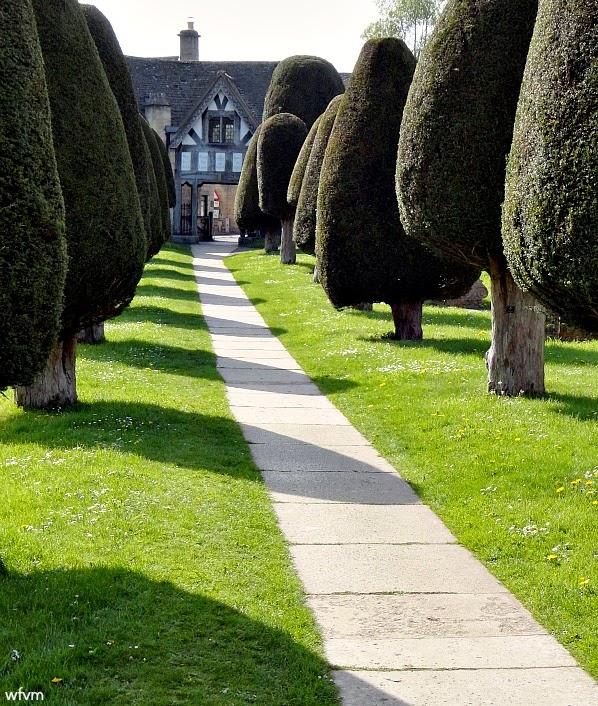 Yew trees represented a symbol of death and rebirth 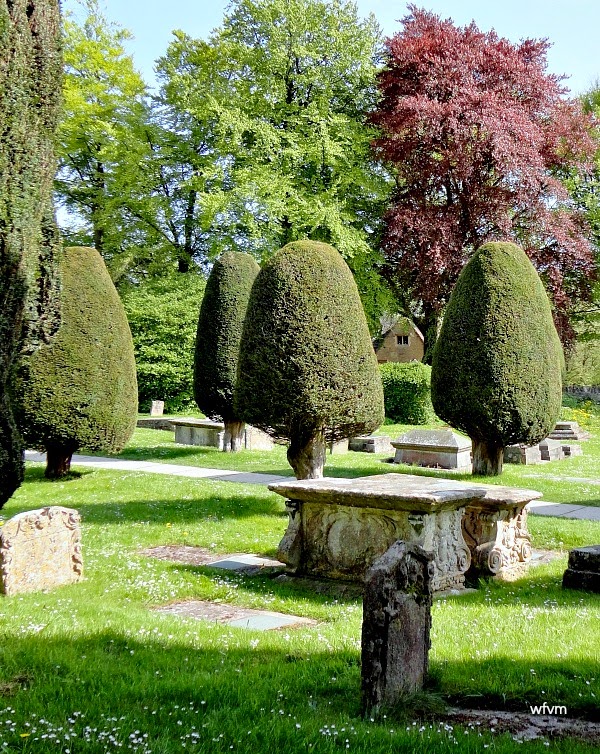 the new that springs out of the old 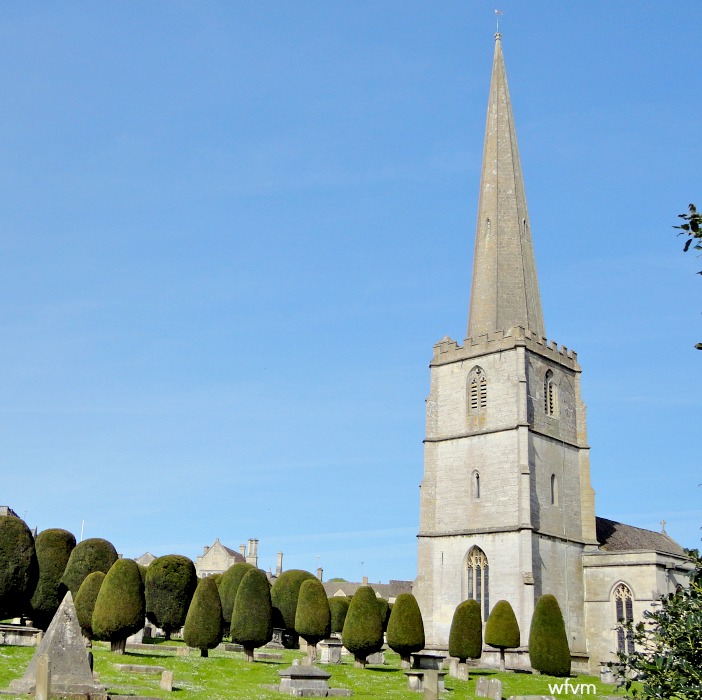 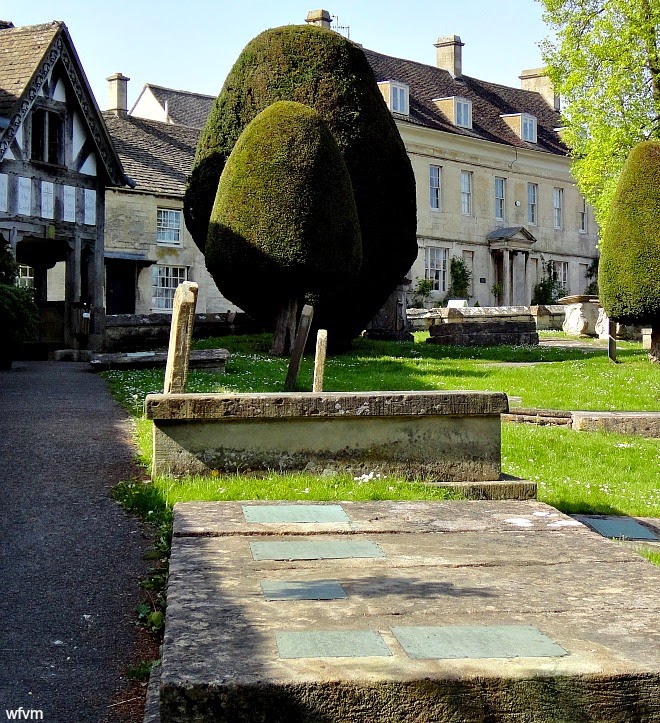 Every year in September the clippings from the yew trees produces over 2 tons of material. The fresh clippings form the source of the raw material for the anit-cancer drug paclitaxol. The trees are cut by specialist contractors who collect the clippings and send them off for processing. 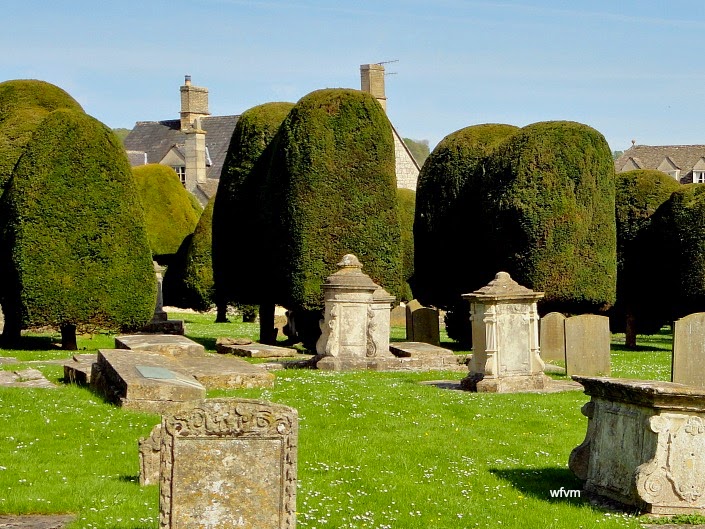 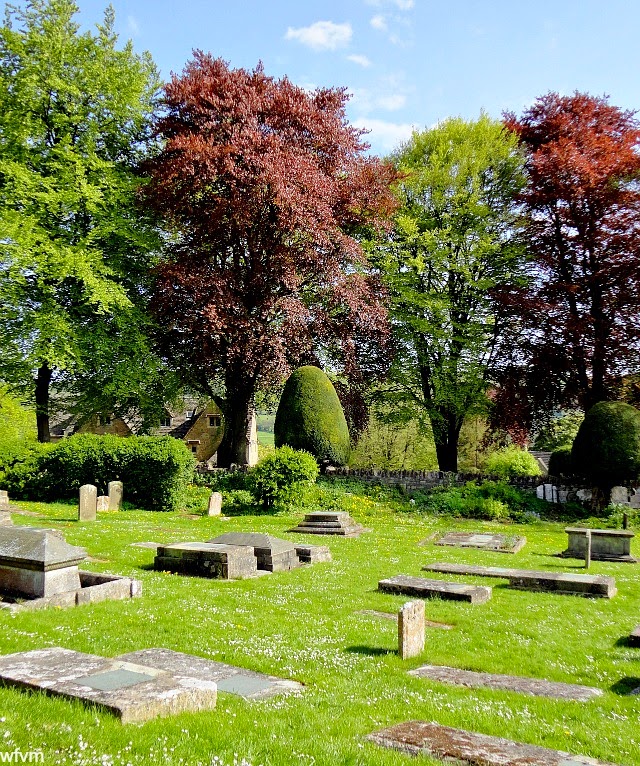 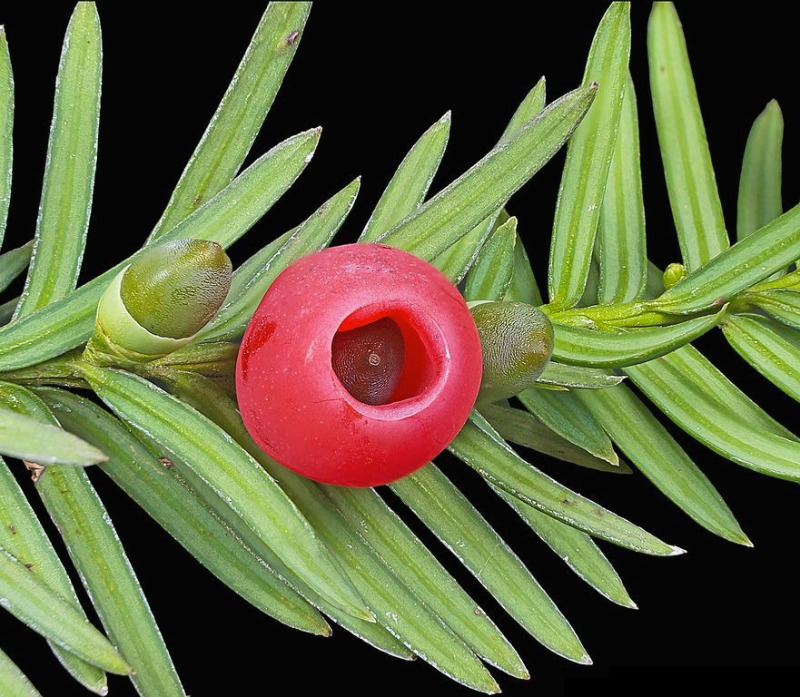 via
Surprisingly the red fleshy part of the berry is not poisonous but the seeds inside are very toxic, the leaves and the bark are highly poisonous too and can cause fatalities in humans and livestock 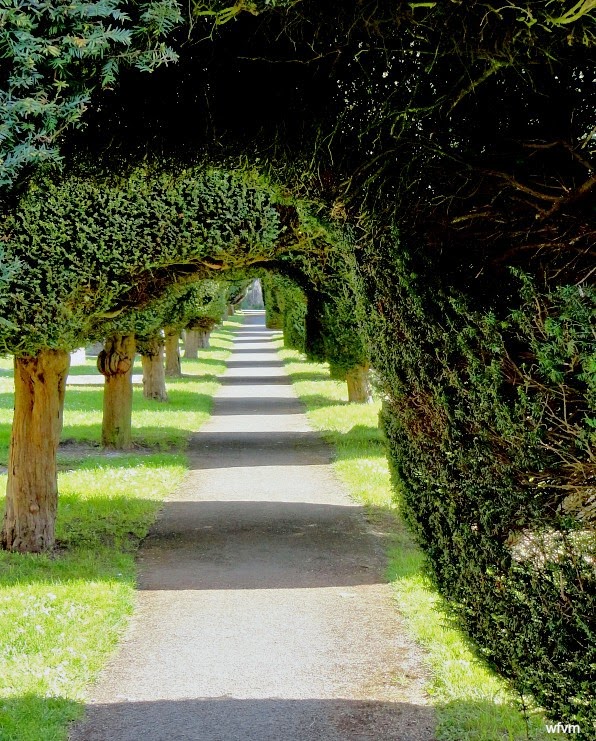 It is said that the planting of yews was a way of having a plentiful source of wood for bows.
The Rev. G. White wrote "we do not hear that they are planted in the churchyards of other parts of Europe where longbows are not so much in use". One authority derives the word 'Yeomen' from 'Yewmen' the men who used the yew bow. 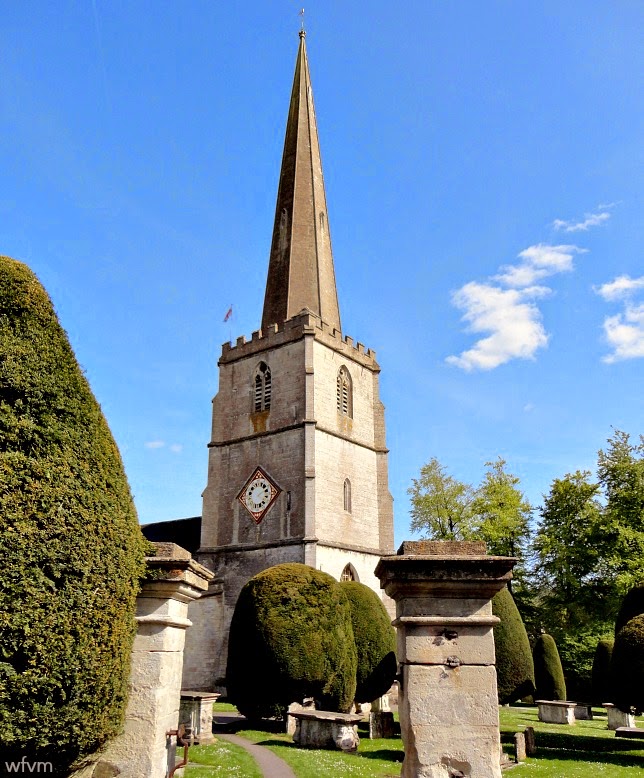 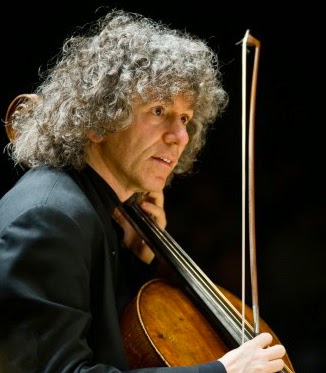 Last Saturday afternoon we attended a concert in the church given by the acclaimed worldwide cellist Steven Isserlis. I picked up a chest infection on the plane journey home from Greece so thought it wise to arm myself with some cough drops for the recital. However, in the first half of the programme I experienced that awful phenomenon of a tickle in the throat. It seems the more you try to control it the worse it gets. The pianist Alfred Brendel once warned his audience: "Either you stop coughing or I stop playing!". I decided that the better option was to leave the performance at the interval. Hence the arrival of this post. Instead of enjoying the second half of the recital I spent my time very pleasantly wandering around the churchyard photographing the trees, and reading the tomb stones in the May sunshine.
Posted by Rosemary at 14:19