The route across Exmoor from where we were staying was closed due to roadworks, so we had to take a much longer circular route to Dulverton, the southern gateway up onto the moors. The journey took us through lush green valleys, beautiful forests, and scenic countryside. 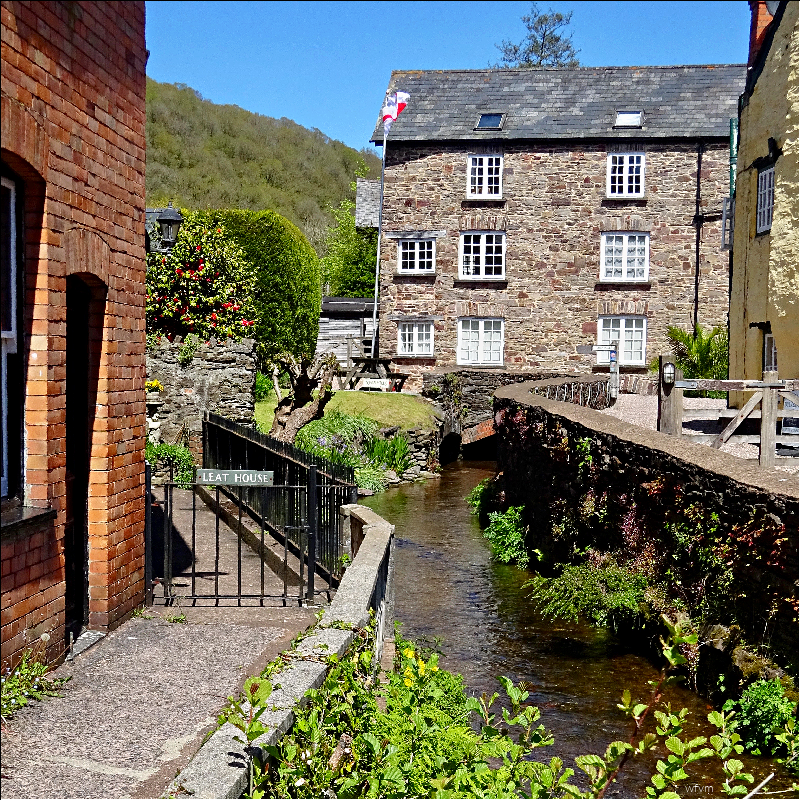 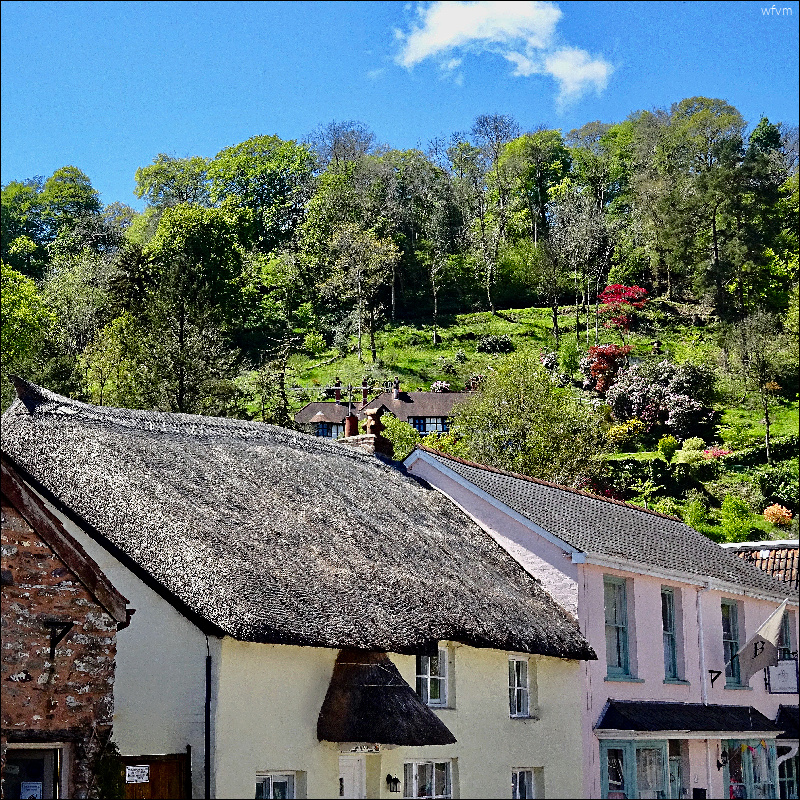 The ancient monument we were seeking lies at the heart of a U shaped valley a few miles outside Dulverton, with just two narrow roads down from the moors. Unfortunately for us, our sat.nav. directed us to the most difficult route, a very narrow tortuous single-track road, not one for those of a nervous disposition. The roads high grassy banks were prettily strewn with wild flowers beyond which were ancient forests growing amongst large mossy covered boulders deposited during 'The Ice Age'. At every bend we hoped that no other vehicle would be travelling up towards us - passing places were few and far between. The road was very steep with precipitous boundaries. On arrival, breathing a sigh of relief that we had made it, we temporarily forgot about the return journey as we viewed what we had travelled to see. 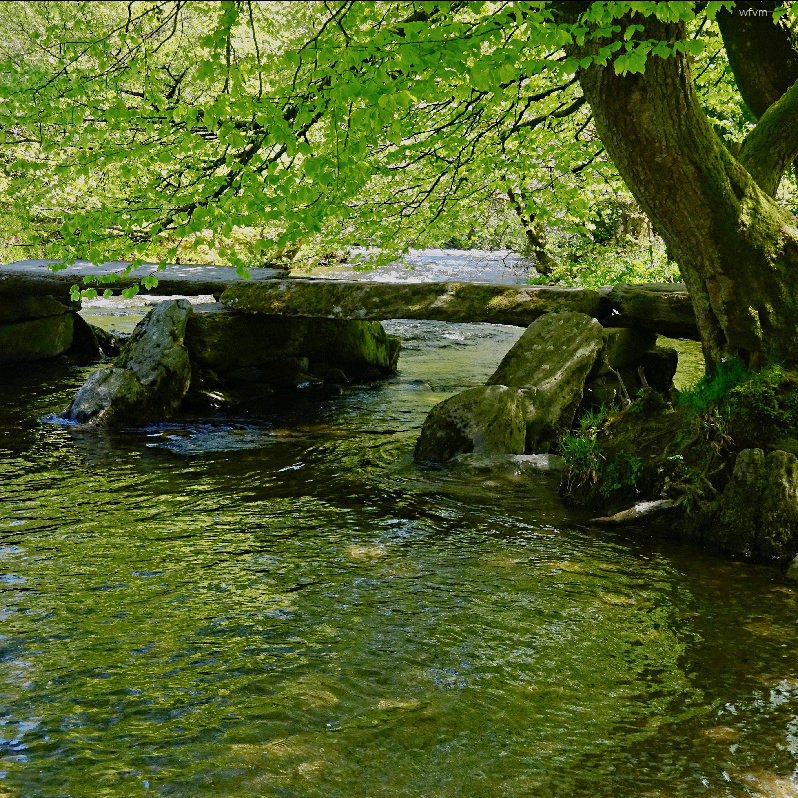 Tarr Steps is a Grade 1 listed Ancient Monument crossing the River Barle in a beautiful wooded valley. The steps are a 17 - span clapper bridge (the term comes from the Latin claperius, meaning 'pile of stones') constructed entirely from very large stones and boulders. 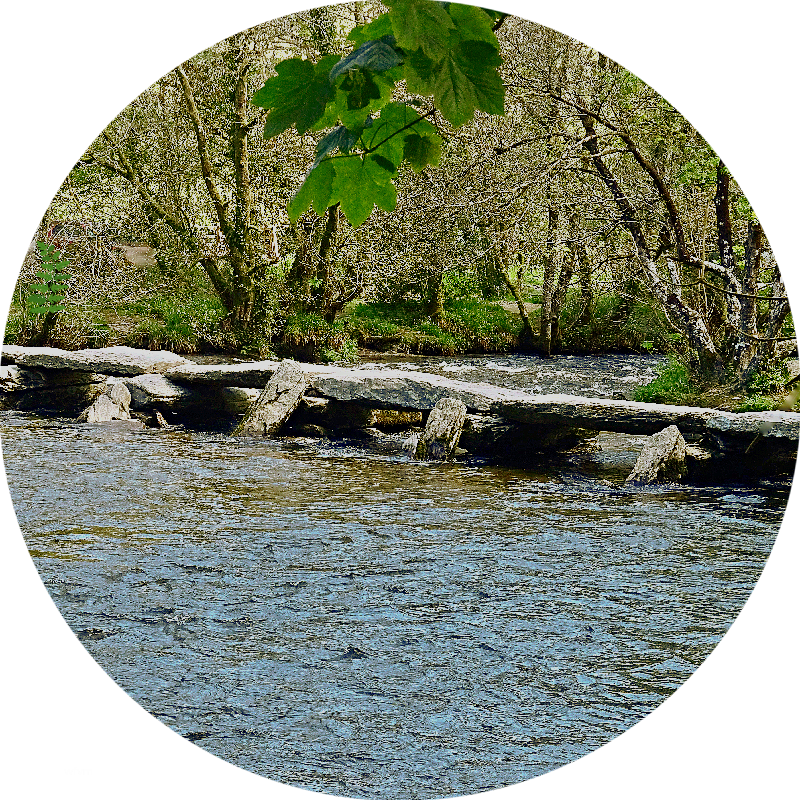 The first written mention of the crossing was in the Tudor period, but experts believe that it was built 1000 years BC, making it over 3000 years old. 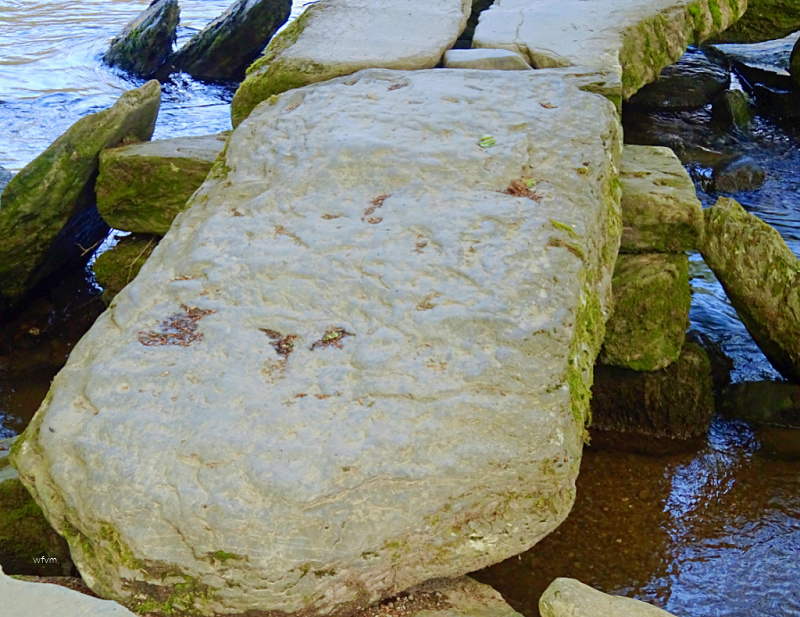 The River Barle is a swift flowing tributary of the River Exe - Atlantic salmon that hatch in the river may journey as far away as Greenland before returning years later to spawn. For rivers to be suitable for salmon they need unpolluted, cool, well oxygenated water along with clean gravel on the riverbed for spawning, these are exactly the conditions that are found in this river. 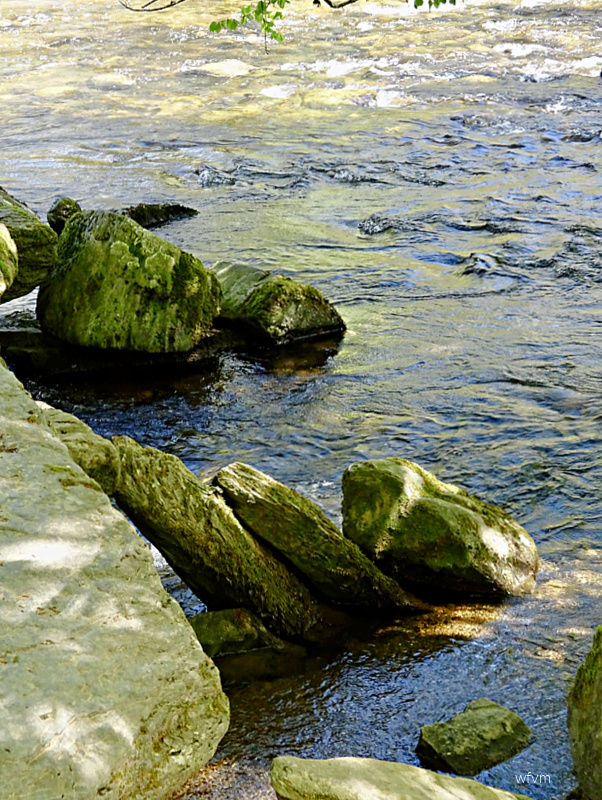 The water eddies around the supporting stones then gurgles merrily on its journey beneath the clapper bridge. 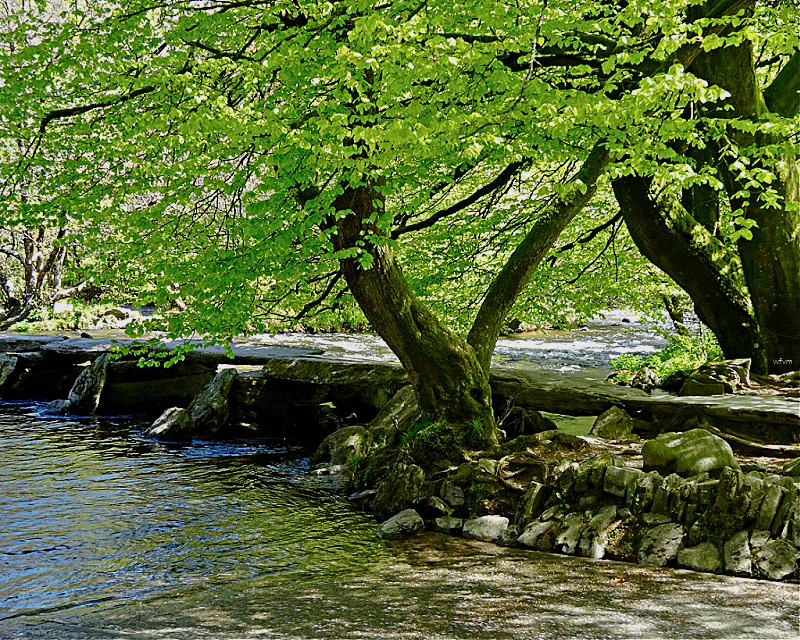 The surrounding woodland is mainly Oak, Beech, Ash, Sycamore, and Hazel which was once coppiced to provide charcoal for the local iron smelting industry. It is now a Site of Special Scientific Interest abounding in wildlife - Red Deer, Dormice, the rare Barbastelle Bat along with Otters that feed along its fast flowing river. 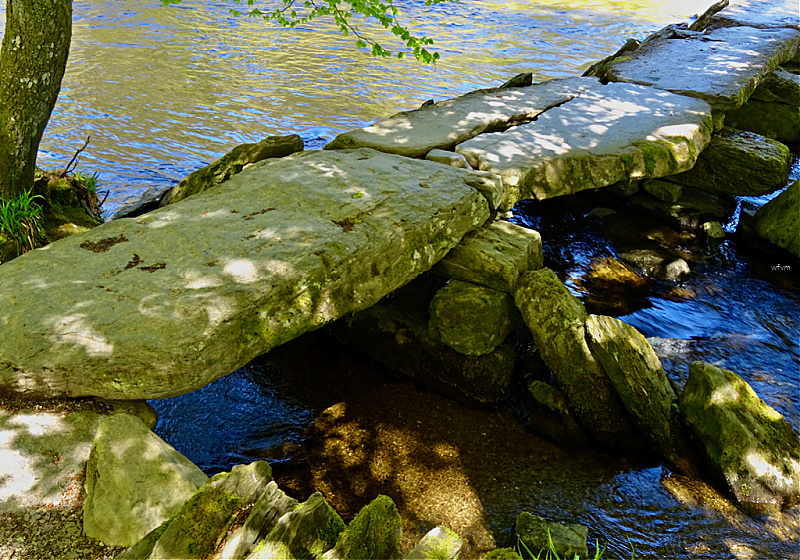 On a hillside close to the steps is a Bronze Age burial mound - dating back to a period five hundred years before Tarr Steps, but, I wondered, did they too use this same crossing point in the river?
Posted by Rosemary at 08:59