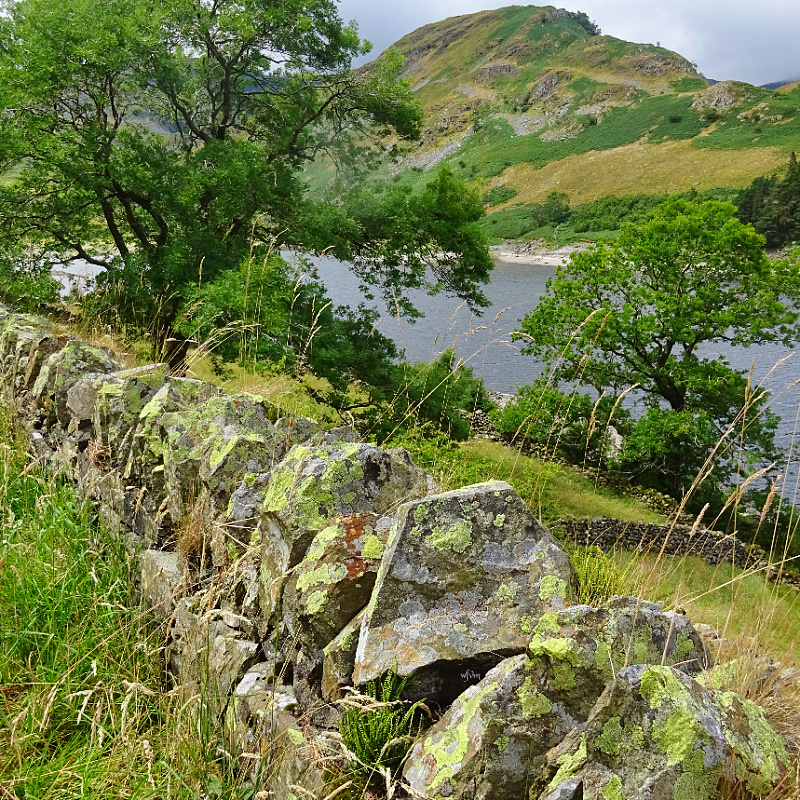 For most of the last five decades, Haweswater was the only place in England where golden eagles resided. They returned in 1969 thanks to a healthy and expanding population in Southern Scotland. The Haweswater pair nested on Harter Fell which overlooks its southern end (shown above). After a few years they then moved over into neighbouring Riggindale, where a short lineage remained until the demise of the last male in 2015. Sadly Cumbria and England as a whole, has been without golden eagles ever since. 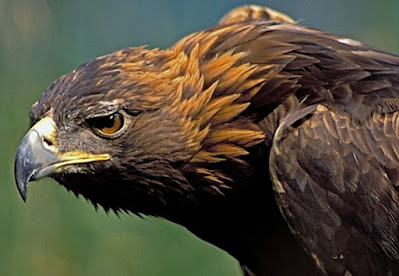 The Lake District, as she always does, worked her special magic on us - a green haven of beauty, peace and tranquility. 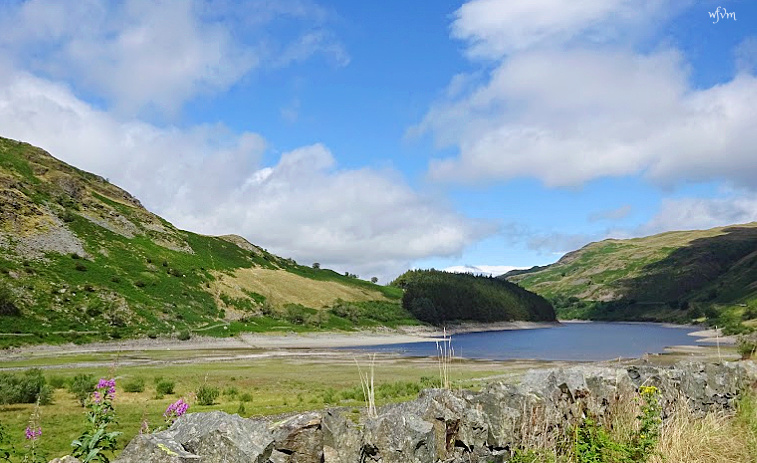 Her nineteen freshwater lakes sparkle like strings of diamonds, some fringed by ancient deciduous trees, others wild moorland. 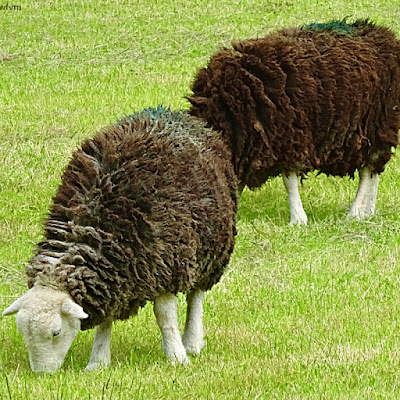 The stonewalled fields sit beneath a dramatic backdrop of rolling hills and fells whose azure shades change minute by minute throughout the day. The fields and the fells are cropped by the local Herdwick sheep. Beatrix Potter was a passionate and respected breeder of them. In 1943 she was the first women to be voted President-elect of the Herdwick Sheep Breeds Association. 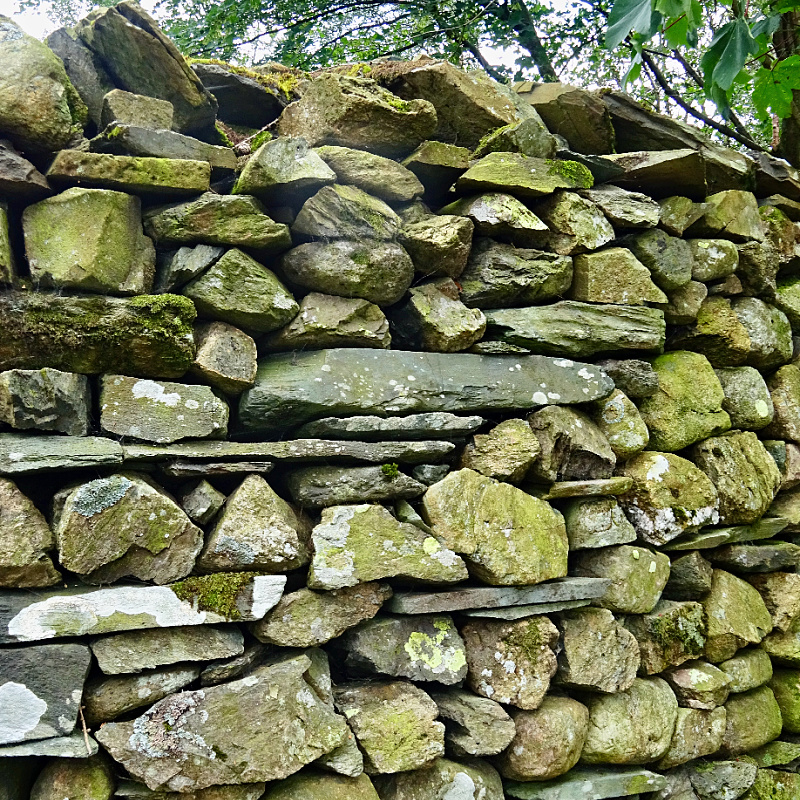 Like our own Cotswold landscape, the Lake District is covered in thousands of miles of handmade drystone walls, built, maintained and renewed by generations of farmers and drystone wallers. 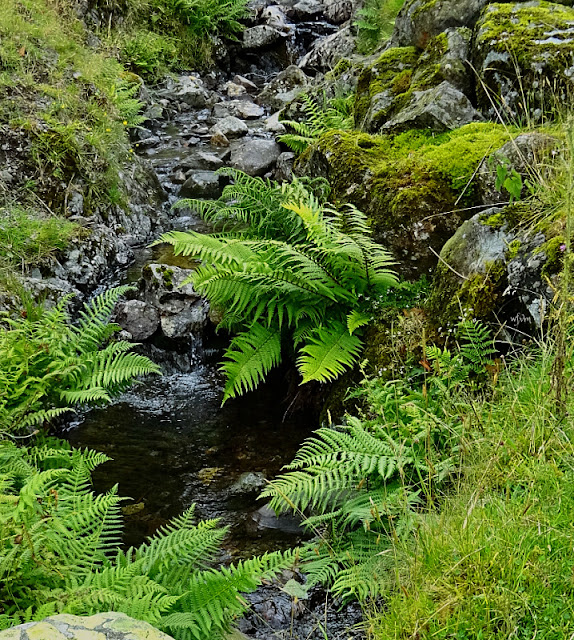 The merry sounds of gurgling water flowing over stones as it travels along the becks on its journey from the high fells down into the lakes. The weather can be fickle, but it is that very mercurial nature which makes it what it is - a verdant, lush beautiful landscape. A place beloved over the centuries by poets, painters, locals and visitors alike. 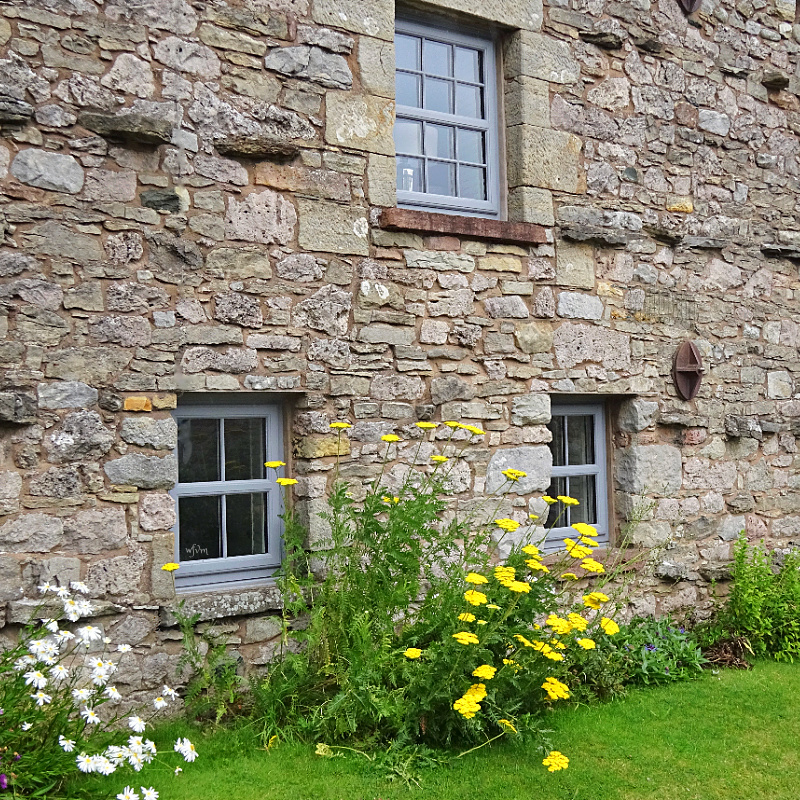 The stonewalls, barns, and properties are built from limestone that formed 320 million years ago in a shallow tropical sea. England then lay close to the Equator. The limestone contains fossils, corals and shells - look carefully you will find them. 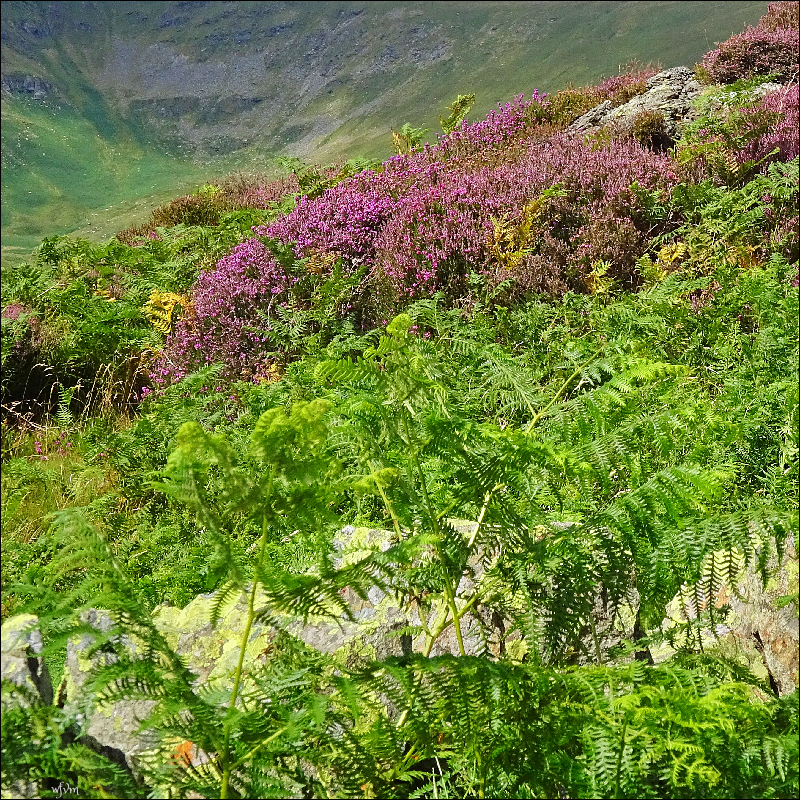