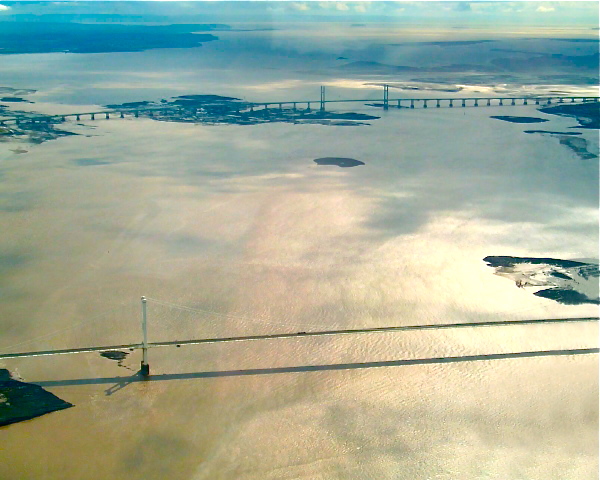 courtesy GRAHAMUK via wikipedia
The Severn Estuary leading into the Bristol Channel
Severn Bore which comes from the Scandinavian (bara) meaning wave, swell or billow
Far below the Cotswold hills lies the River Severn. The longest river in Great Britain and the greatest river in terms of water flow in England and Wales. At its mouth the Severn estuary has the second largest tidal range in the world exceeded only by the Bay of Fundy in Nova Scotia.
The local Tourist Office keep timetables giving the best dates during the year to watch the bore. These are classified from 3* to 5* depending on the time of day or night, and whether there is a high tide around the spring or autumn equinox. In some respects the night time bores are best, especially if a full moon is expected.  There are far fewer people around, and no boats or surfers riding the waves. You can hear the progress of the bore as it surges its way along the river, through the meadows, throwing up cascades of spray where the river bends and turns. The two best bores for this year are due next week. These are evening ones and are classified as 4*. The rise in tide is predicted to be over 10 meters. 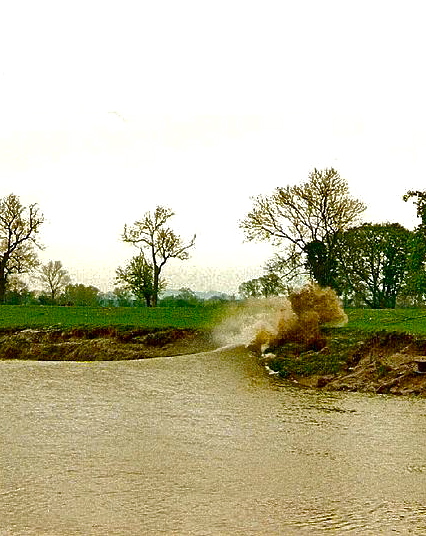 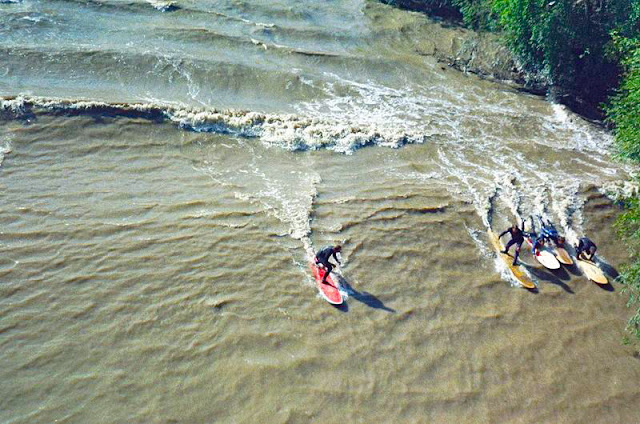 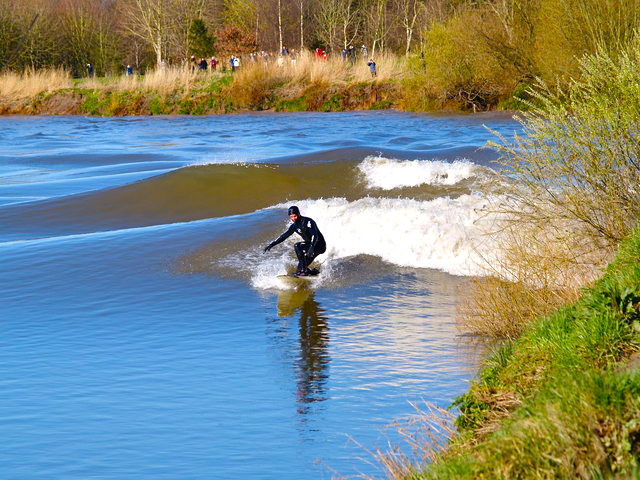 courtesy Jim Nicholls via wikipedia
Posted by Rosemary at 12:08

Email ThisBlogThis!Share to TwitterShare to FacebookShare to Pinterest
Labels: Curiosity