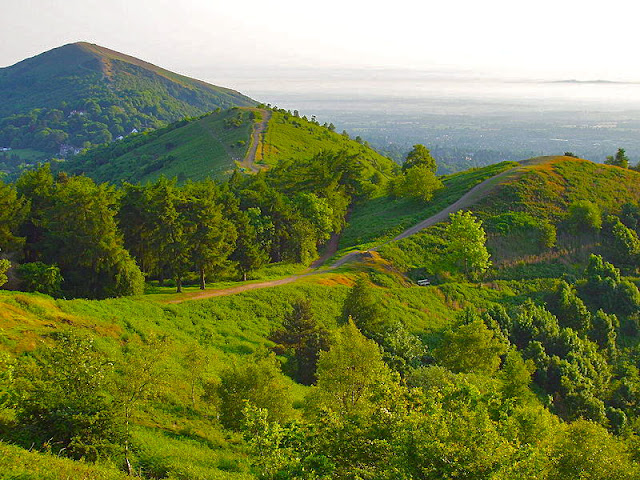 The Malvern Hills
courtesy daderot via wikipedia
I don't want to give the impression that I spend all of my time gallivanting around historic homes, September was rather a bumper month.
My visit to Little Malvern Court two weekends ago, was as a result of work I have done for the Fine and Decorative Art Society that I belong to. It is a National organisation, and I was Chairman of our local society for 5 years. I was then appointed to be what is known as the Young Arts Representative for the West Mercia Area. This is made up of 19 Societies in 4 English Counties and also includes South Wales. My position was to help and co-ordinate the different societies with art initiatives for the young people in their area. This could range from organising a school visit to a gallery or place of architectural importance, having an artist in residence at a school, organising art exhibitions, purchasing art equipment, and awarding art bursaries to individual students. I did this voluntary post for five years, and the visit to Malvern was a very lovely thank you from the current Area Team.
Driving along the road, and suddenly seeing the Malvern Hills, I can hear Elgar's Pomp & Circumstance March playing in my head. It is known that his musical inspiration came from walking along the ridges of the hills.
Little Malvern Court sits on the lower slopes of the hills, and has been the home of the Berington family, by descent, since the Dissolution of the Monasteries in 1539. It consists of two distinct parts, the remains of a 14th century Prior's Hall once attached to a 12th century Benedictine Priory and a Victorian Manor house by Charles Hansom, who primarily designed in the Gothic Revival style.
I was invited along with others who have been involved in helping the societies in different ways for lunch, followed by a visit to the  gardens, and Priory.

A champagne reception was held in the 14th century Prior's Great Hall followed by a lovely hot lunch with all of the trimmings.
The Old Hall has a rare and spectacular interior roof with wooden cusped wind-braces. The monks had a central pit fire in the hall, and the roof timbers are still visibly black from smoke drifting up and out through an opening in the roof. At one end of the hall is a huge painting by Paul Delaroche of Thomas Wentworth, 1st Earl of Stratford being taken to the scaffold in 1641. At the opposite end is a 15th century altarpiece from Antwerp, an exquisitely carved treasure; Something that normally would only be seen in a museum not a private house. 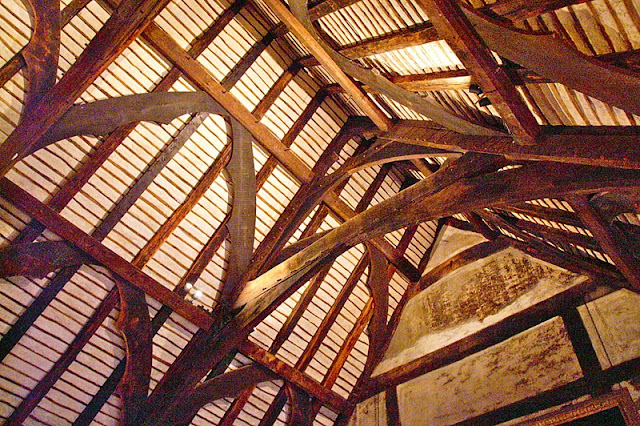 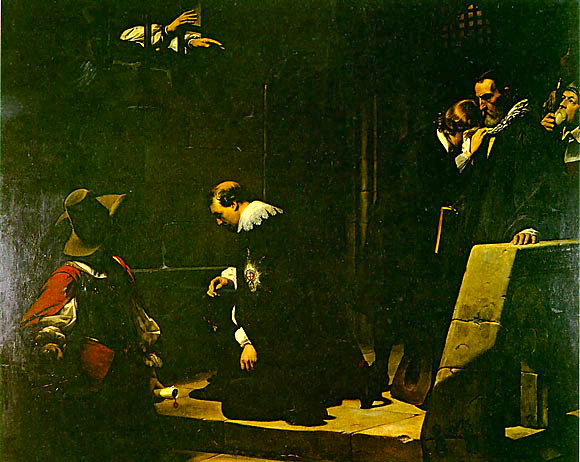 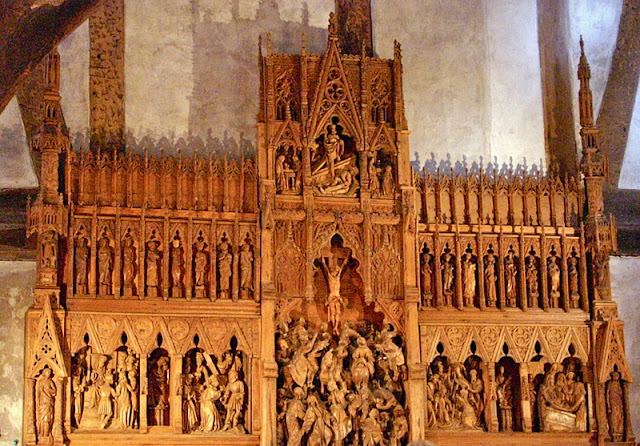 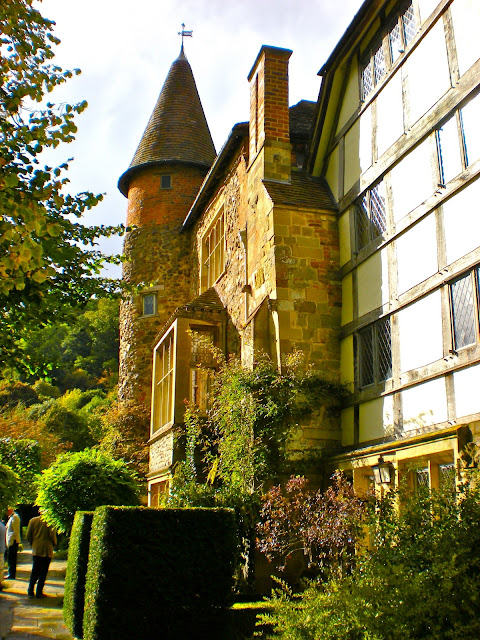 The Victorian addition attached to the 14th C Prior's Hall. 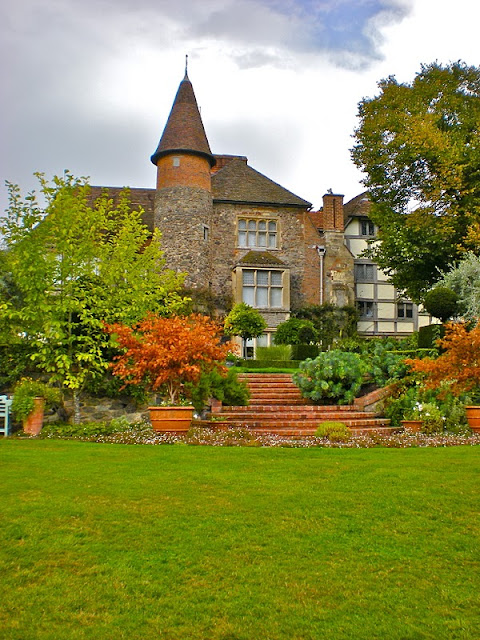 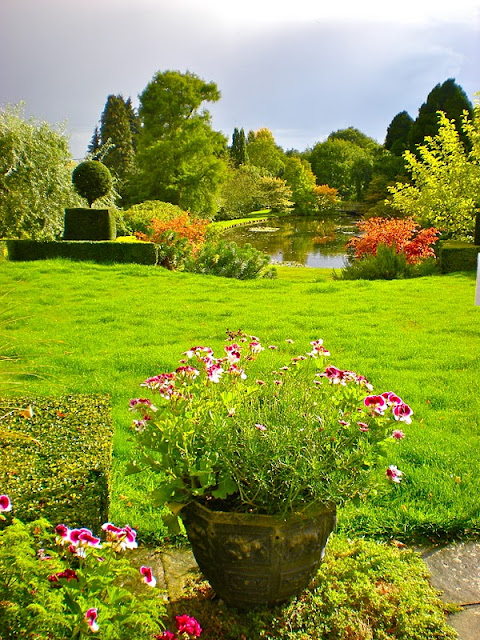 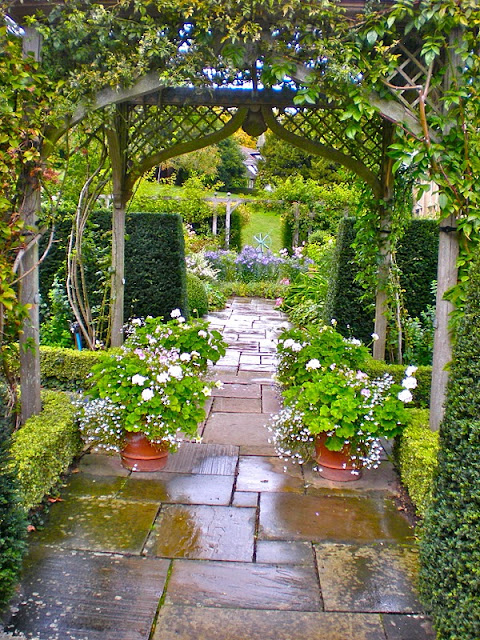 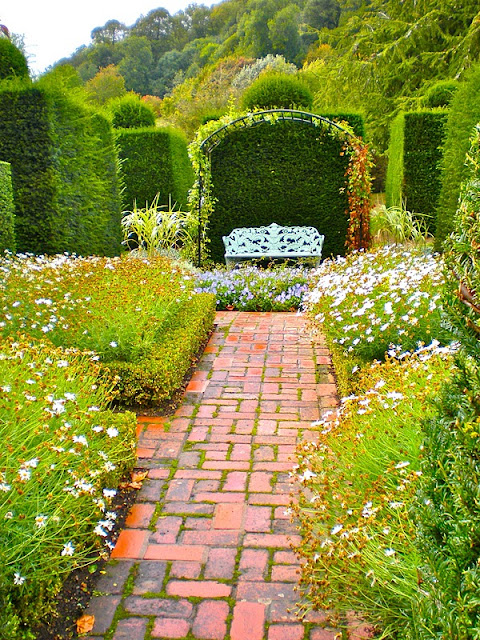 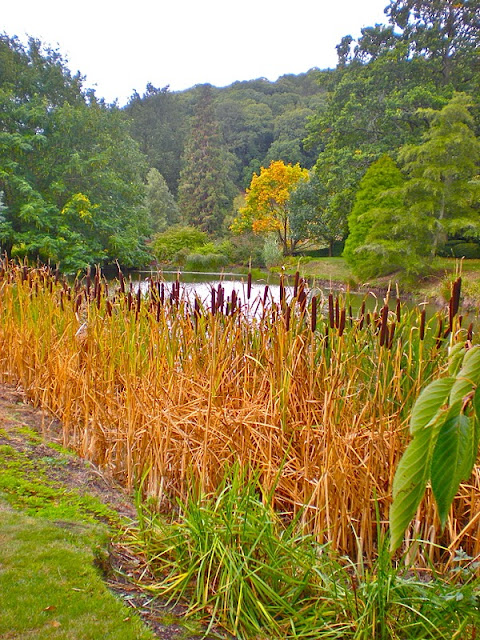