A House and a Garden in Oxfordshire

I belong to a Fine and Decorative Art Society and today we had two private visits.  In the morning a lovely home, and in the afternoon a beautiful garden.
Broughton Castle has for over six centuries been the home of the Fiennes family and is still lived in by their descendants Lord and Lady Saye and Sele. Sir Ranulph Fiennes the explorer is their second cousin, and Ralph and Joseph Fiennes, the actors, are their third cousins. The original moated manor house was built in 1300, it stands on an island surrounded by a 3 acre moat. 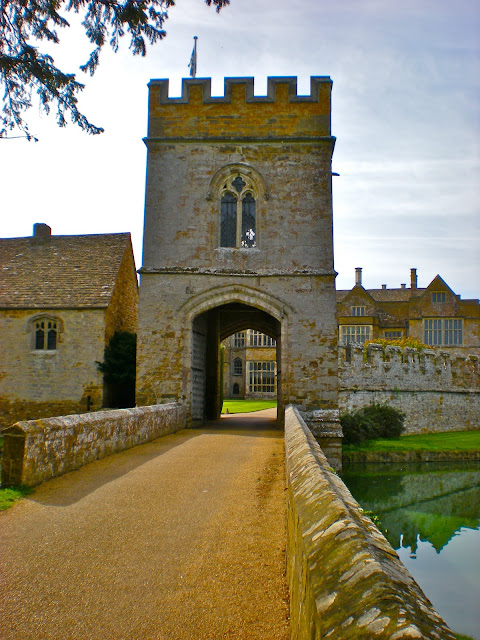 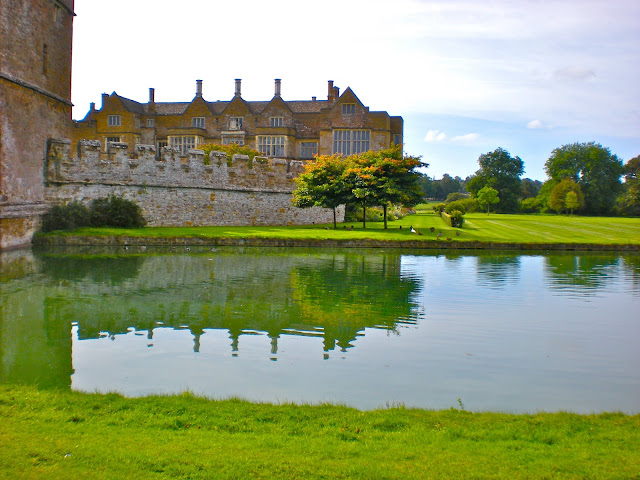 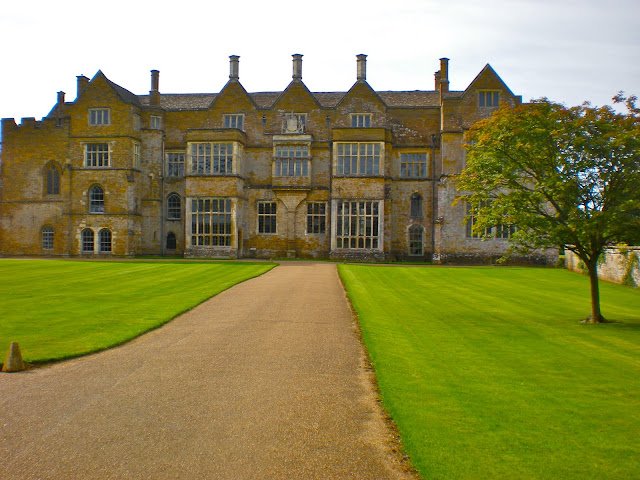 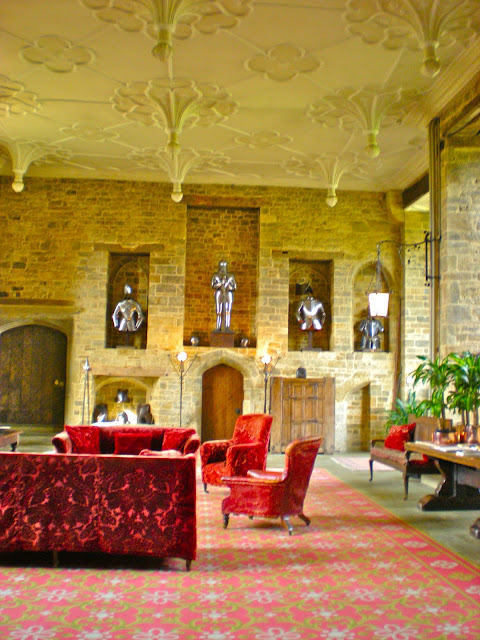 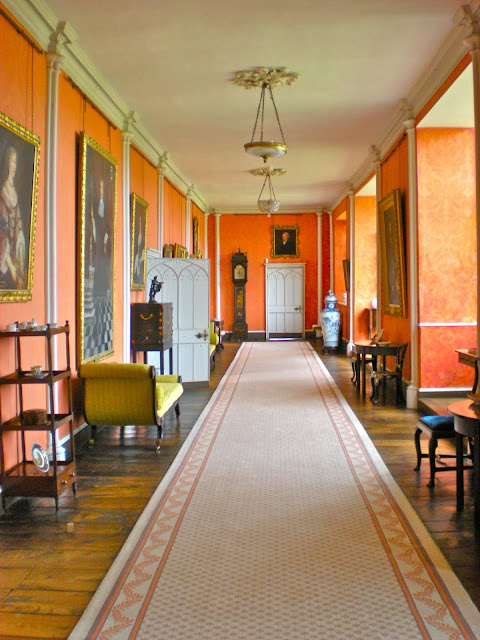 It is impossible to show everything, but I loved this hand-painted Chinese wallpaper in The King's bedroom dated c.1800.  Every panel is unique showing different birds, flowers, and urns. 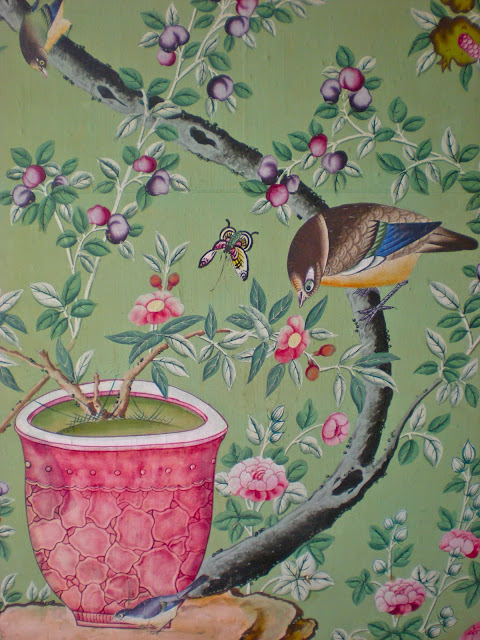 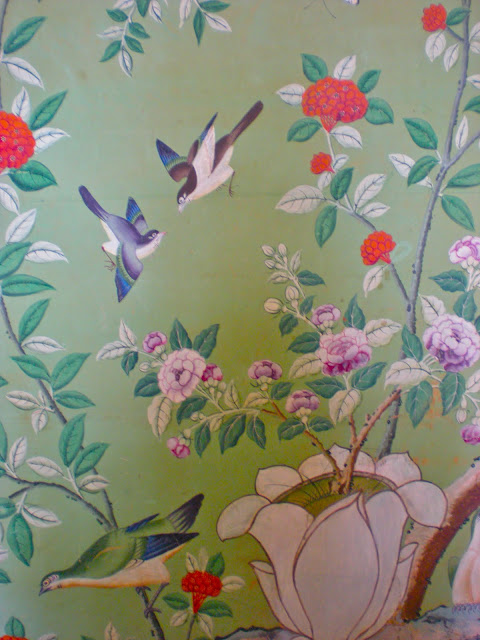 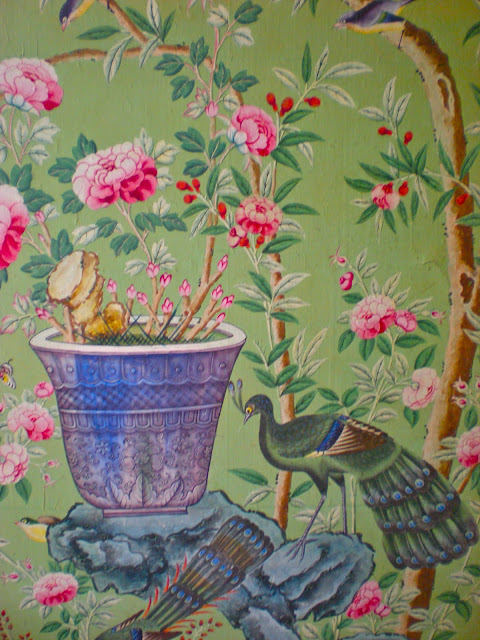 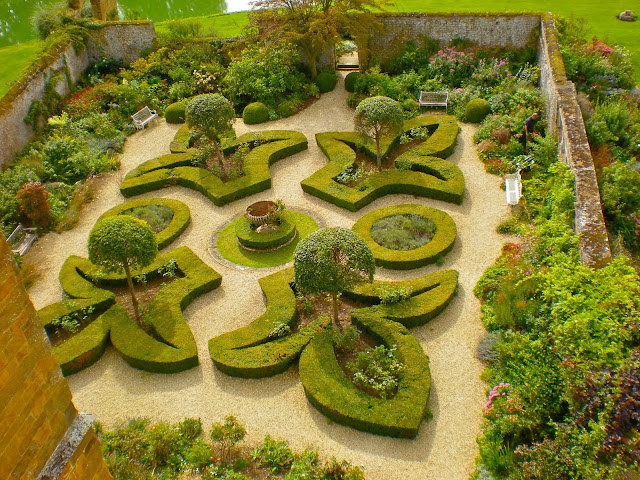 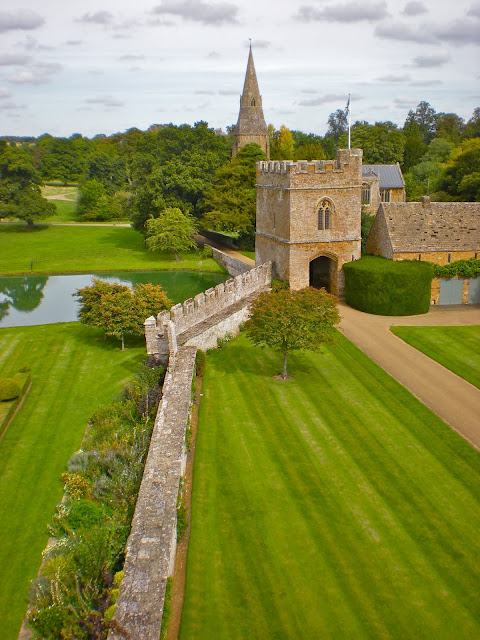 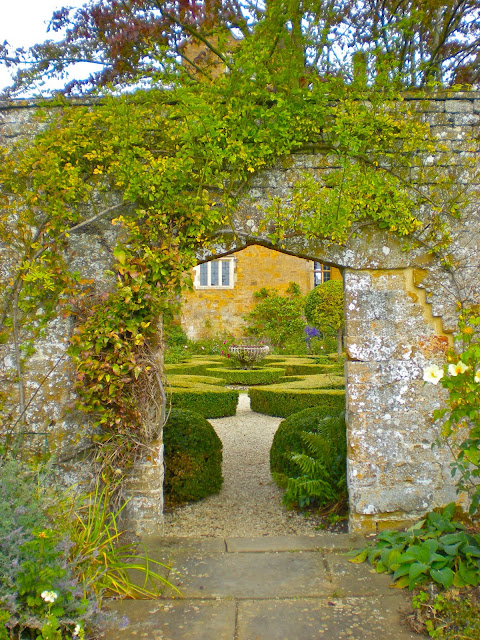 After lunch at Broughton Castle we proceeded to Broughton Grange. The skeleton of the garden was Victorian, but new life has been brought to its interior by Tom Stuart-Smith, a Chelsea Gold Medal winner. 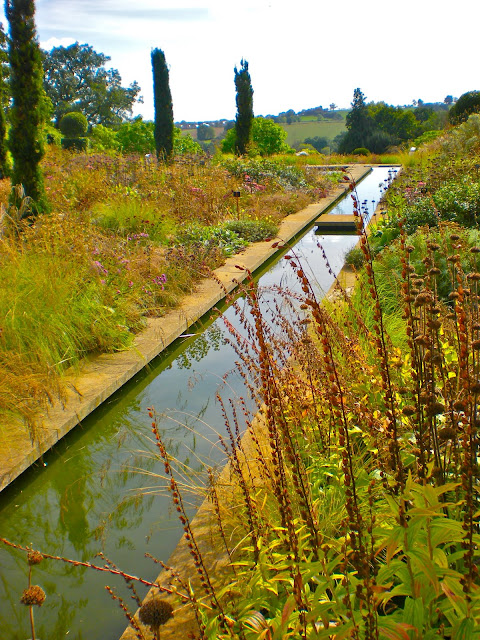 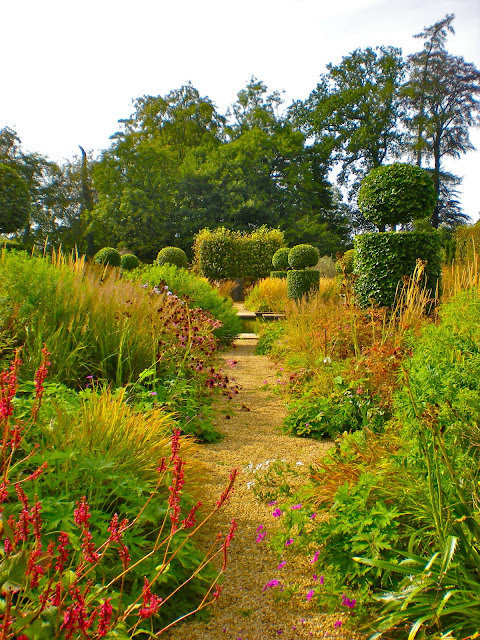 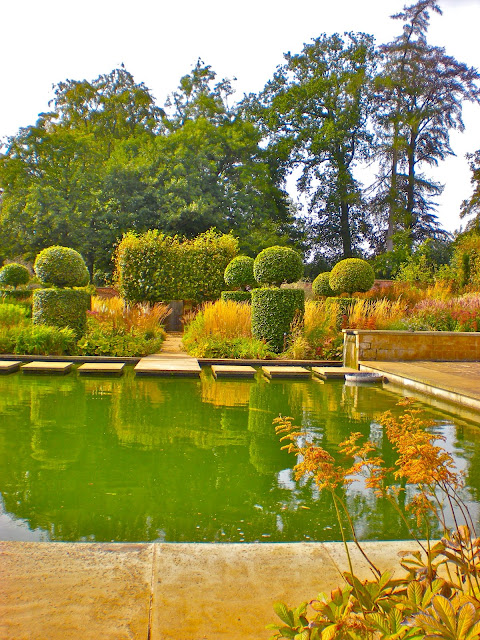 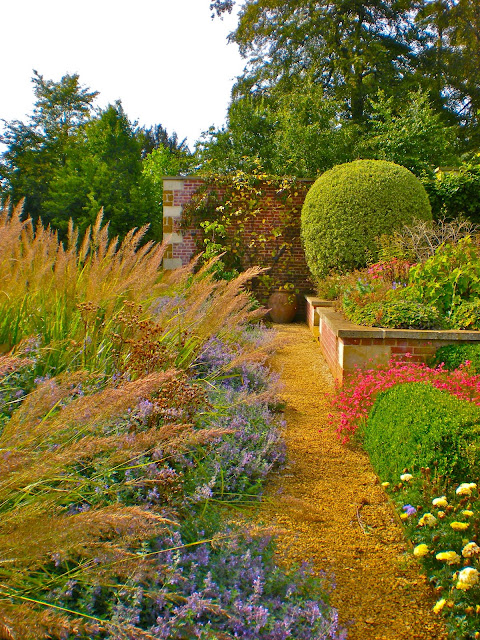 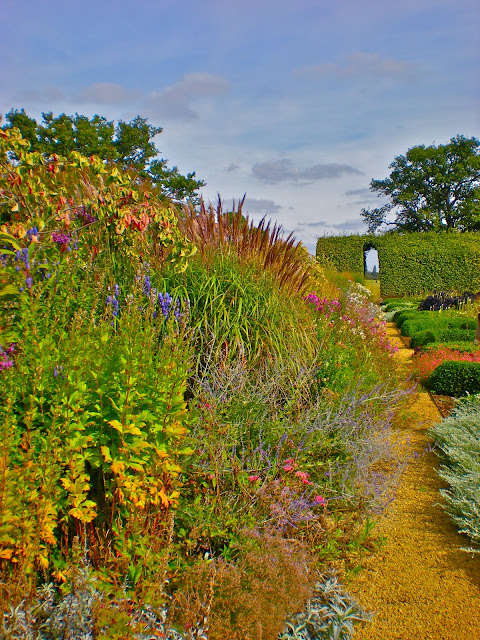 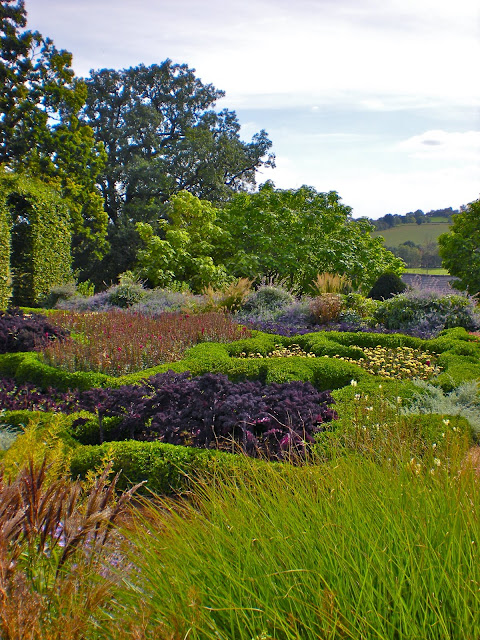 A short addendum................................
You know the story, you have read the book, and seen the film, however, the new Jane Eyre film (No.16) is compelling viewing. I am a little biased, most of it was filmed in my home county of Derbyshire. Mr. Rochester's house is Haddon Hall, which I know so well. North Lees Hall on Stanage Edge is the home of Jane's wicked aunt. The brooding Derbyshire Moors must have been filmed in late winter/early spring; go there in the summer and it is a riot of purple heather, blue skies and views for miles. Finally the only place not filmed in Derbyshire was Mr. Brocklehurst's school, Lowood, and that was filmed at Broughton Castle.  On the film it looks very dark and bleak, which as you can see it is not.  The lady who took us around today told me that the film crew blackened all of the windows to make it so. 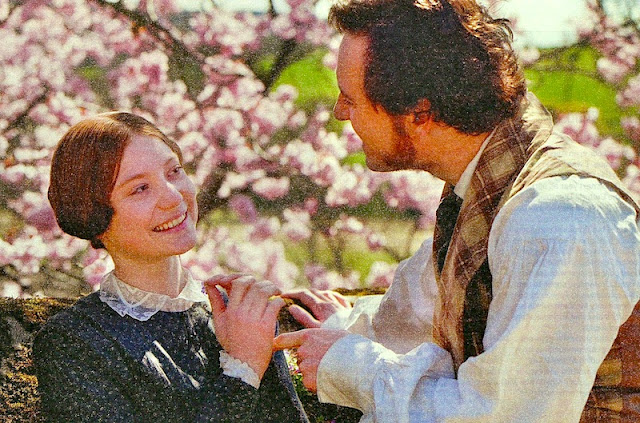 Jane Eyre
Posted by Rosemary at 22:01