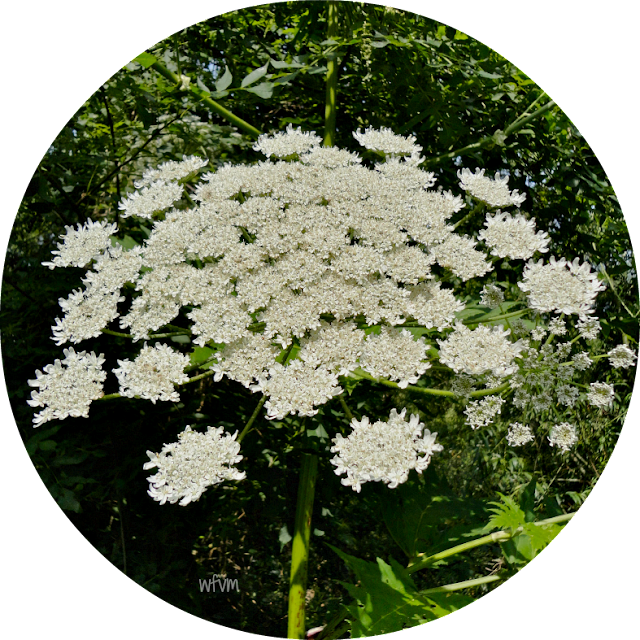 How can I possibly convey the size of the Giant Hogweed, especially if you have never met Heracleum mantegazzianum - later in this post I will call on some help from H.
Introduced from the Caucasus to Britain in the 19th century for ornamental reasons it is a spectacular plant but with a very dark side to its nature. This giant is a phototoxic plant and its sap can cause severe skin inflammations especially when then exposed to sunlight or ultraviolet rays. Initially the skin colours red and starts itching. Then blisters form as it burns within 48 hours. They form black or purplish scars which can be permanent or last for several years.  Hospitalisation may be necessary. A minute amount of sap in the eyes can lead to temporary or even permanent blindness. In the UK, the Wildlife and Countryside Act 1981 makes it an offence to plant or cause giant hogweed to grow in the wild. Because of this it is rare to come across the plant, but H and I discovered a deeply banked stream with a forest of them growing alongside it. I have to admit that they looked absolutely spectacular - but because of the location and where they were growing it was only possible to get close to one small specimen to photograph. 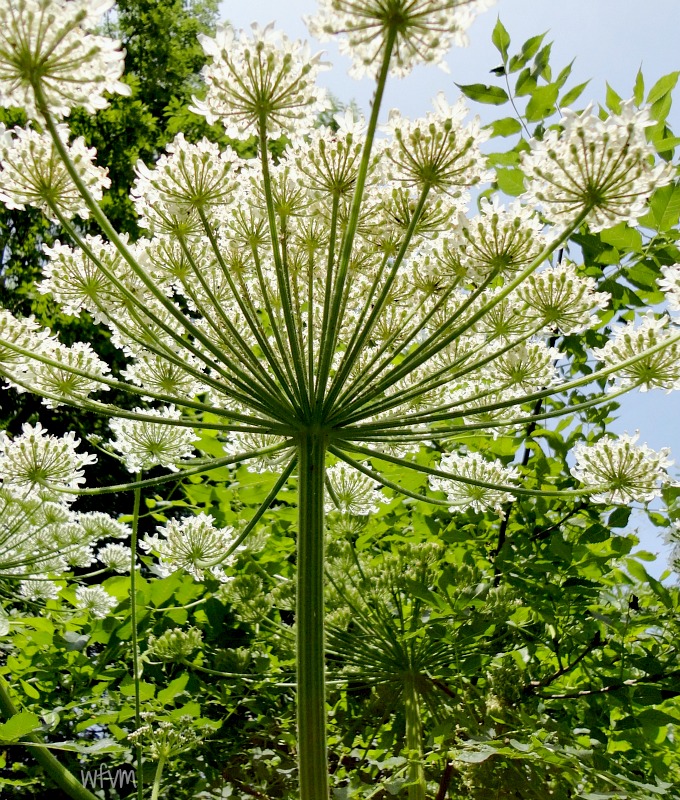 A member of the Umbelliferae family (carrot) and described as "Queen Anne's Lace on Steroids" each flowerhead is enormous. Measuring about 38 cms - 15 inches across, much larger than a normal sized dinner plate, and standing 5 metres tall, it resembles a tree.
I remember seeing the plants growing in large quantities when we travelled beyond the Arctic Circle in Norway to Tromsø. There they grow even taller because during the summer months they have sunlight night and day, so the plants just keep on growing for 24 hours. They call them the Tromsø Palm. 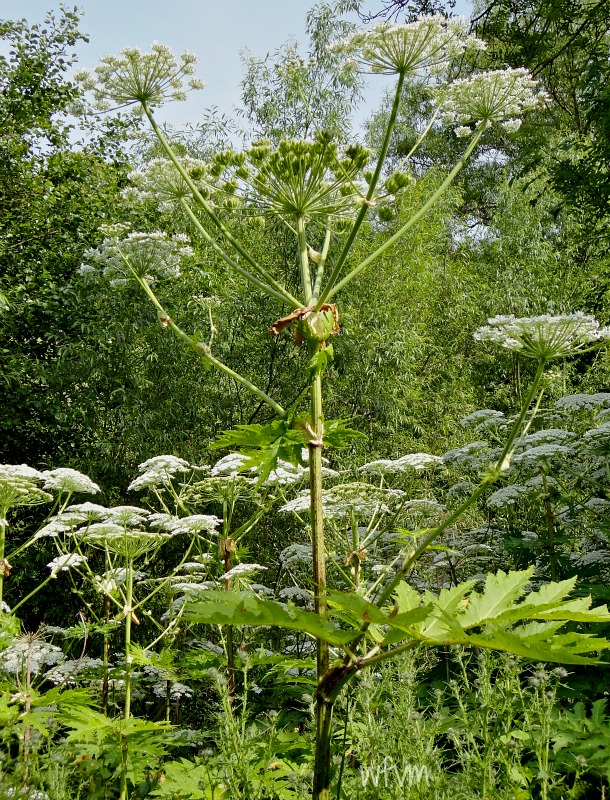 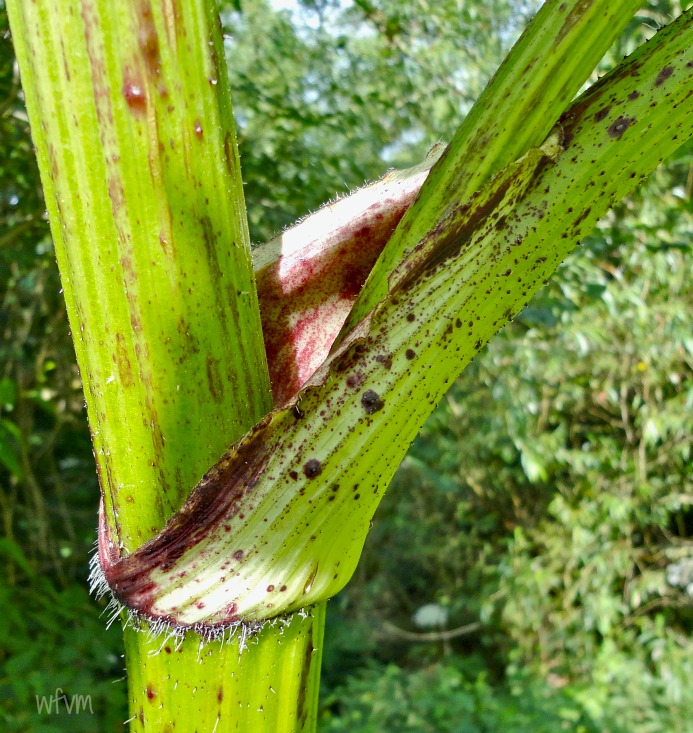 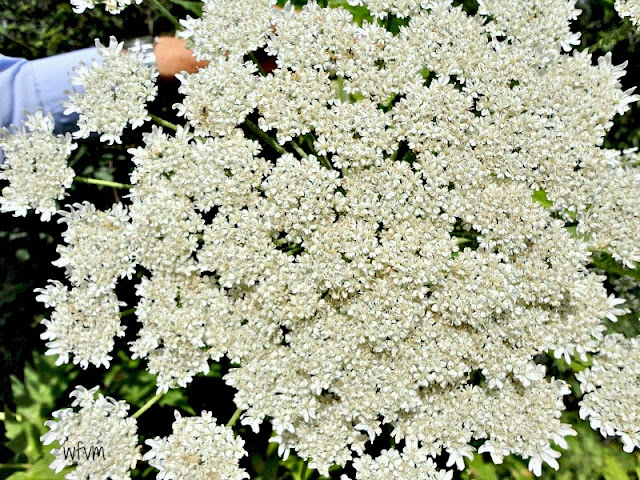 H's wrist is behind the flowerhead in this photo giving some indication of the size. 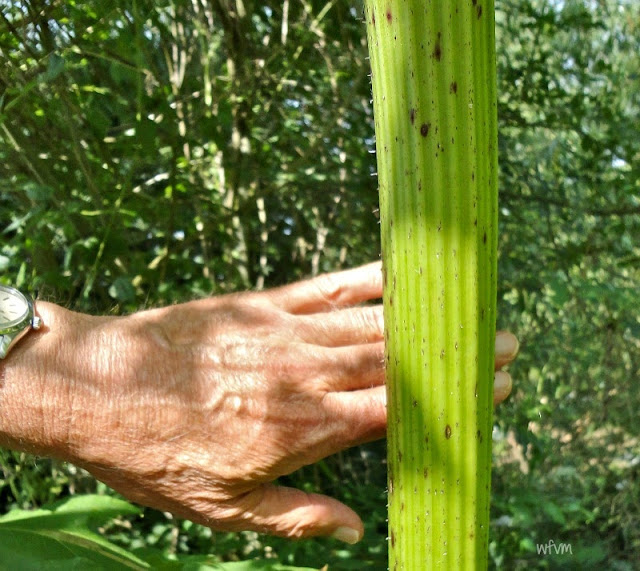 The stems were roughly the size of a teenage girls lower arm. 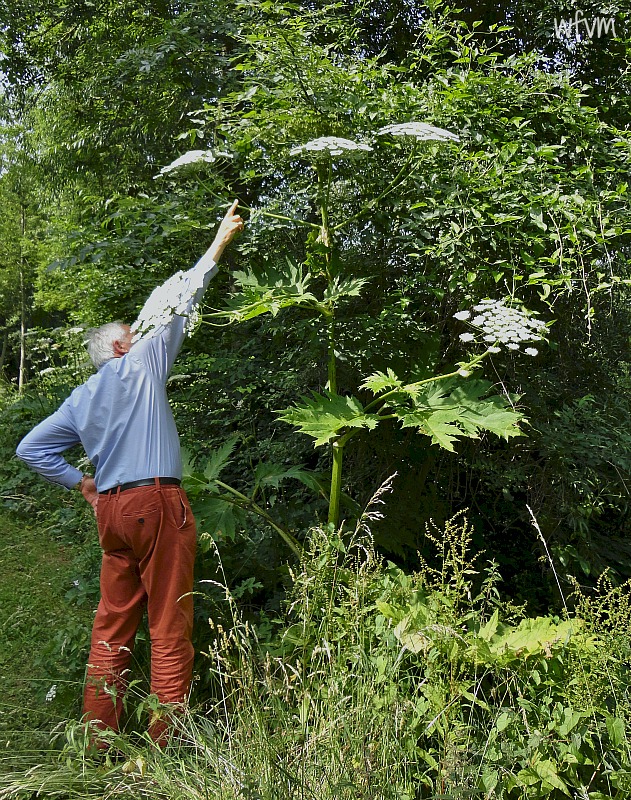 As previously mentioned the only plant we could get close to for photographs was a 'baby' in terms of size.  This one had escaped from the Giant Hogweed forest below on the river bank.  Judging by H's height and arm stretch this baby must have been over 2½ metres high, bearing in mind that they grow to twice that height. 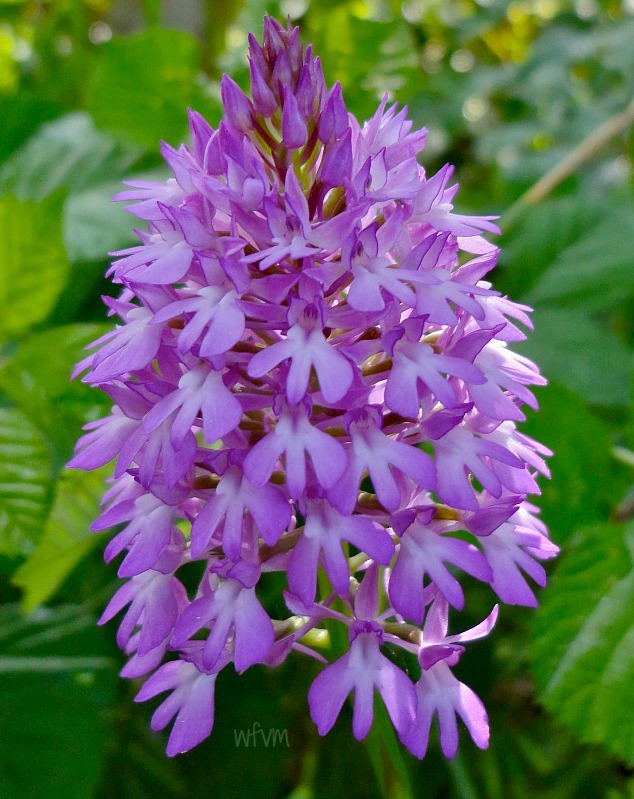 Nestling, juxtapose, beneath the Giant Hogweeds were some small wild Pyramidal Orchids 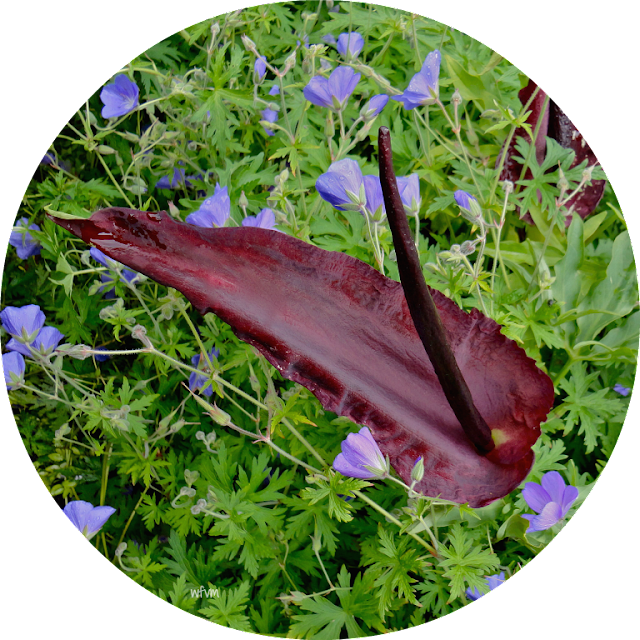 I can't let this moment pass without showing my own spectacular garden giant.........the Dracunculus vulgaris - Dragon Arum, Black Arum, the Voodoo Lily, it's names are many. There do seem to be problems with many of these 'giants' this one has an overwhelming smell of rotting meat for a couple of days to attract the flies as pollinators, but I love it nevertheless. 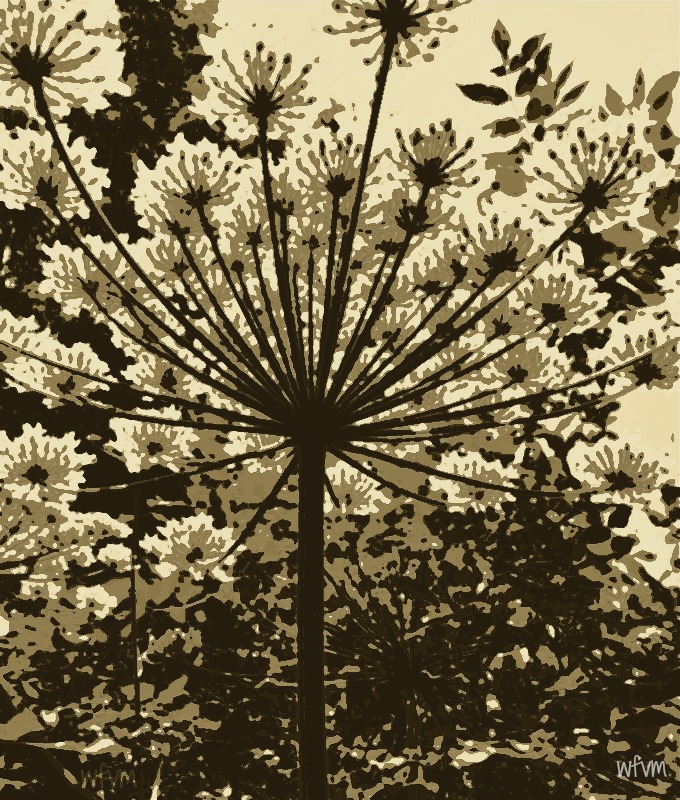 When the swallows fly south, and lady frost's icy fingers weave their magic, I have promised myself a return to the Giant Hogweed's hidden forest to capture them again in all their naked sculptural glory.
Posted by Rosemary at 09:43