It was late in the day, the sun intense, bright, high in the sky, no light filtered through the dense forest canopy of the sweet chestnut leaves. Suddenly, upon reaching a clearing, dappled sunlight danced playfully across our path, beckoning, beguiling, enticing us down a narrow, green country lane. The smell of the baked earth mingled with the sweet scent from the pea fields, filling the warm early evening air with their aromas. Up and over a grassy bank, through a flower strewn meadow, and there in the middle stood a solitary, remote mound, surrounded by ancient oak trees as if standing sentinel. 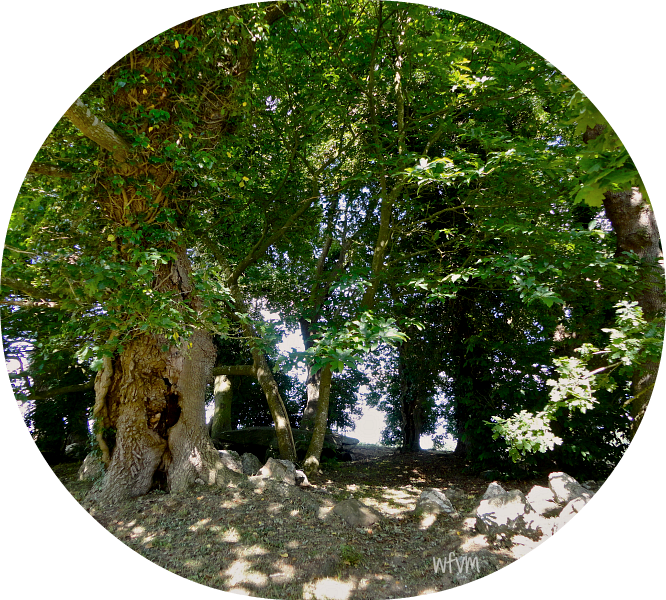 Momentarily our eyes could not adjust to the shadowy scene, there was a quiet, peaceful solitude, a profound connection with the past. May be it was the spirits of the civilisation that had flourished 5000 years ago in this hidden corner of Brittany. 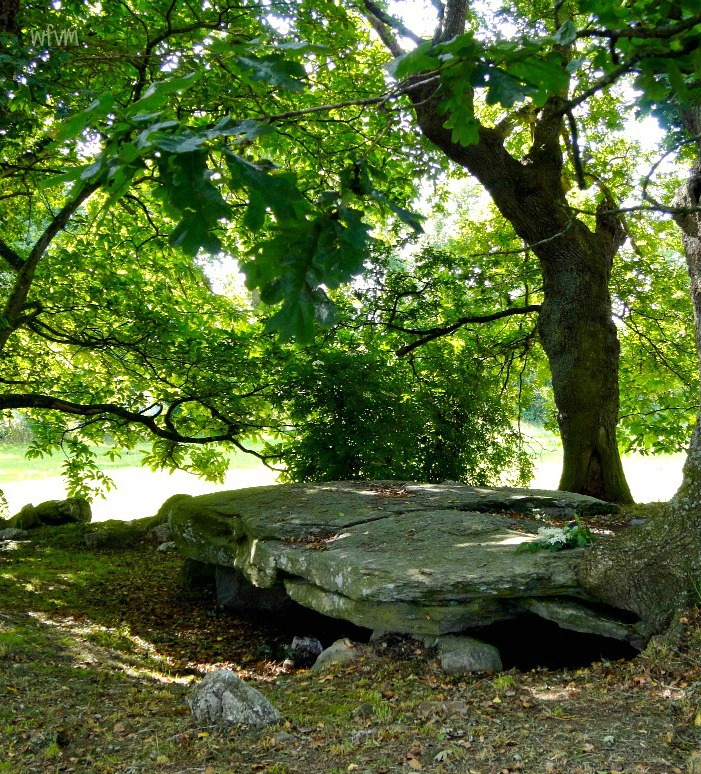 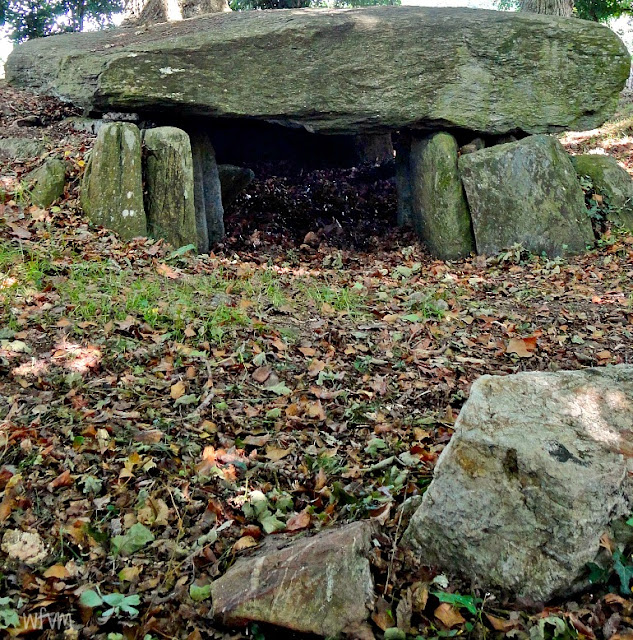 Dolmen de la Maison Trouvée - is an Angevin type dolmen with a massive rectangular chamber still mostly buried within its mound. The chamber is roughly 4.5 metres by 2.5 metres and topped by a massive 6 metre by 3 metre capstone.  The side slabs are shaped so that they fit together creating a chamber that is straight sided and regular. The portal doorway faced towards the west which is more unusual. Invariably they are orientated east-west, with the opening facing east, suggesting a preference for equinoctial orientation. It is difficult to tell how high the chamber is as it is half buried. It is often assumed that dolmens were constructed for a funerary purpose. However, the lack of human remains in several prominent dolmens, combined with certain construction features suggest that this can no longer be considered a definitive theory. 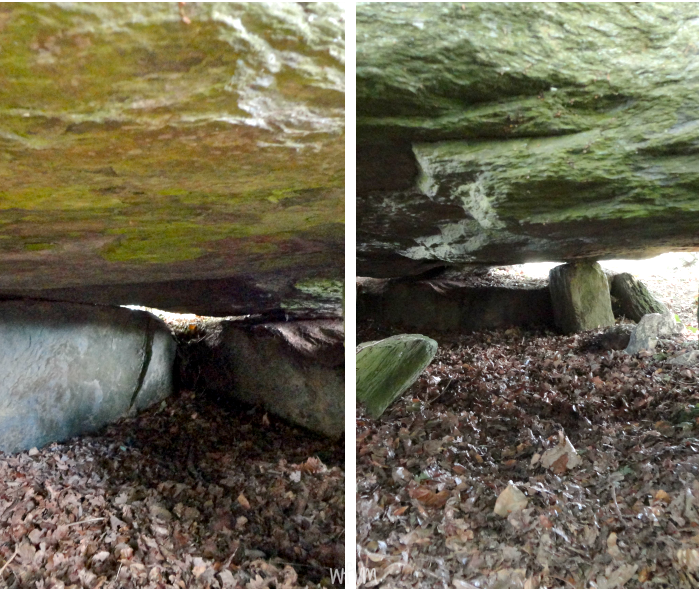 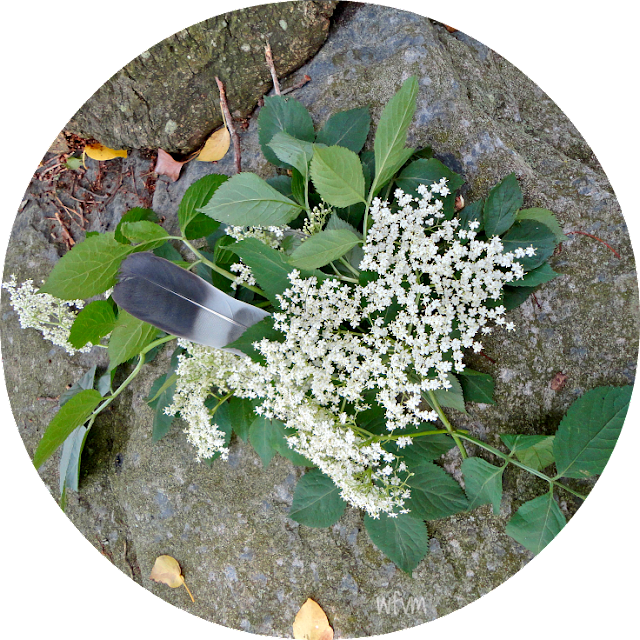 To show our respect we reverentially gathered elderflower blossom and feathers, and wondered at the lives of those who had lived here in 3000 BC. 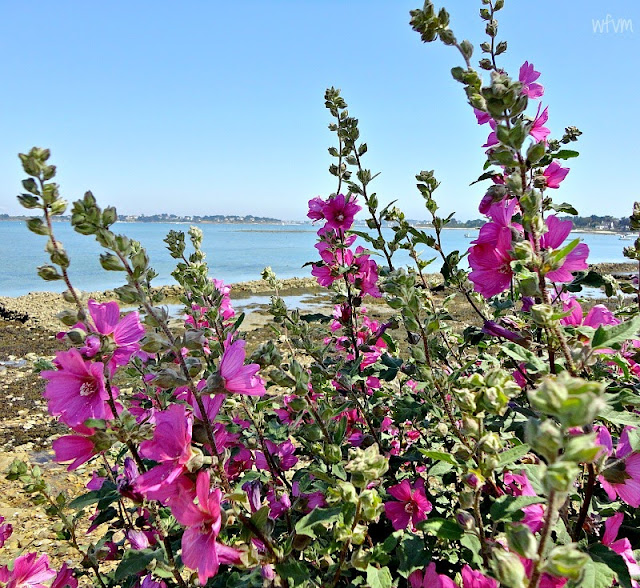 Earlier on this same day we had travelled to Carnac arriving via Locmariaquer, a small town based around its traditional fishing harbour and famous for oysters. The harbour is a popular starting point for trips around the Gulf of Morbihan and its islands.
There are more than 3,000 prehistoric standing stones in Carnac hewn from local rock and erected by the pre-Celtic people of Brittany - the largest collection in the world. They consist of alignments, dolmens, tumuli and single menhirs. On first appearance the stones seem to be randomly placed, but when wandering around their alignment can suddenly become more apparent. This megalithic site is even older than the dolmen I showed at the beginning of the post pre-dating it by 1500 years. 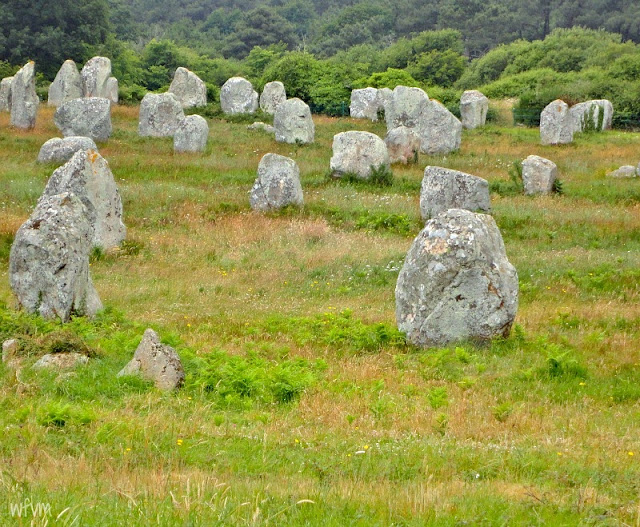 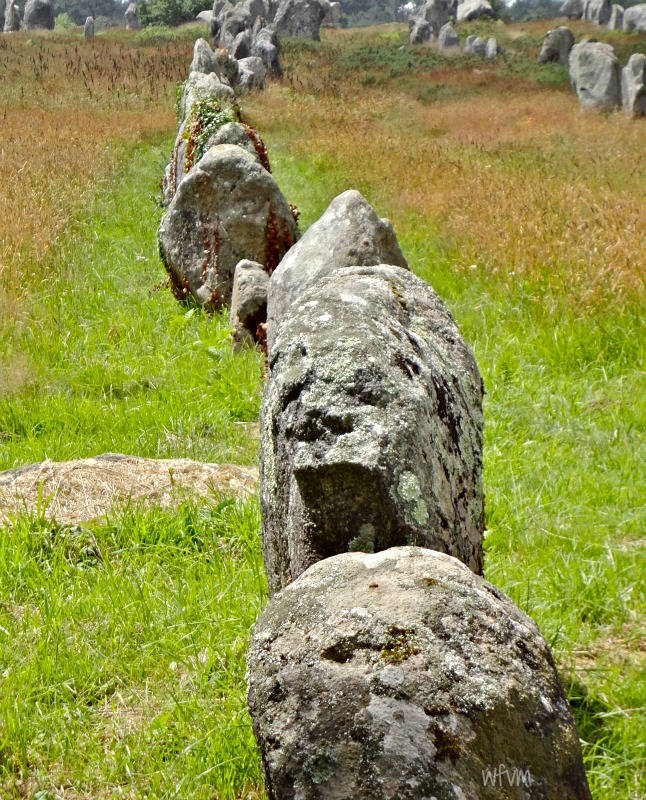 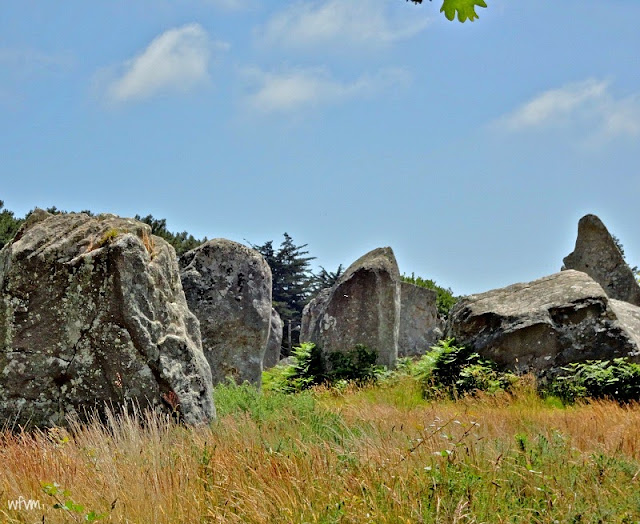 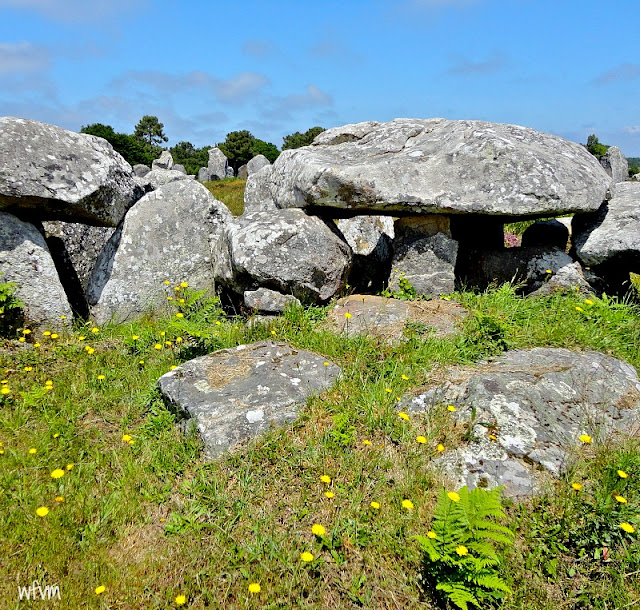 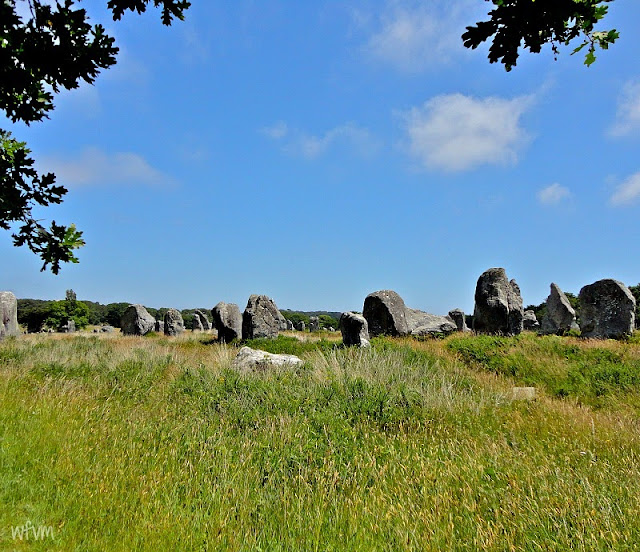 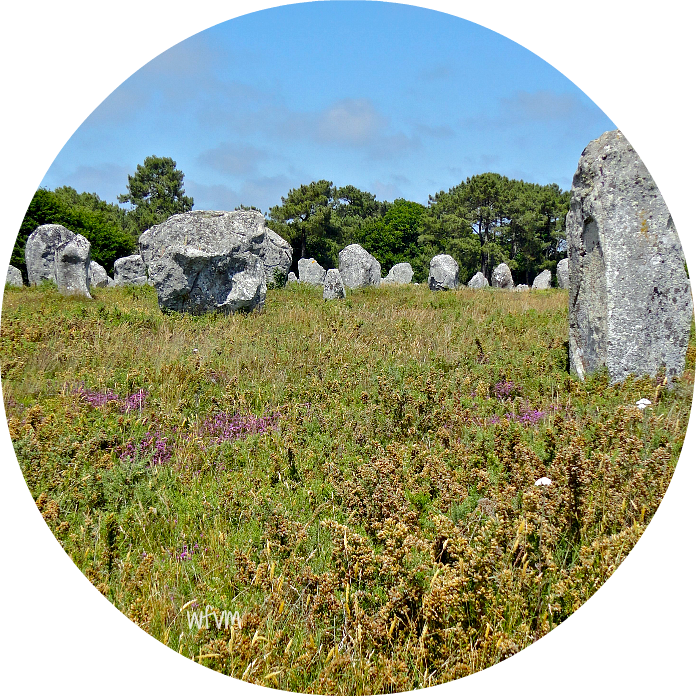 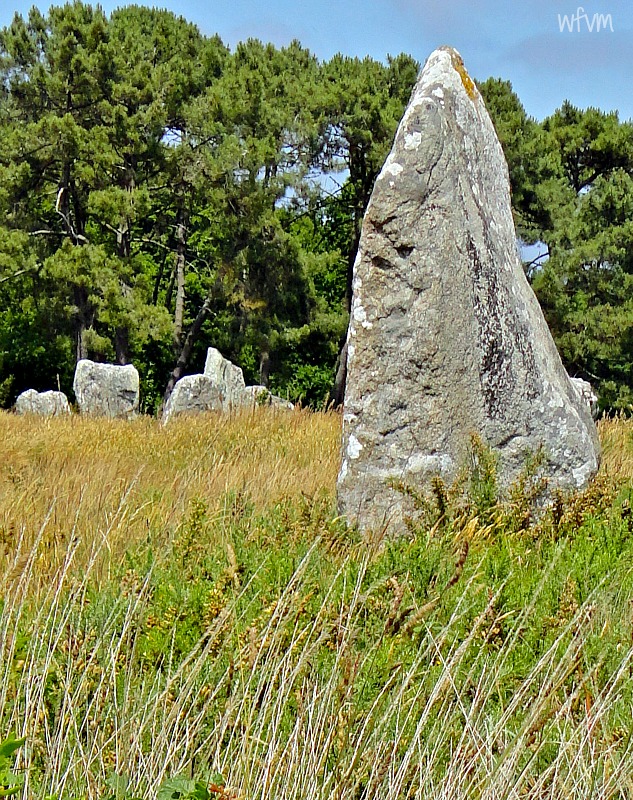 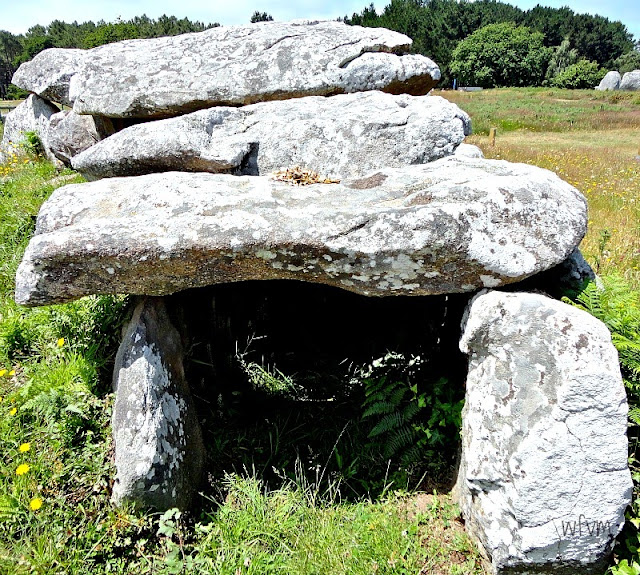 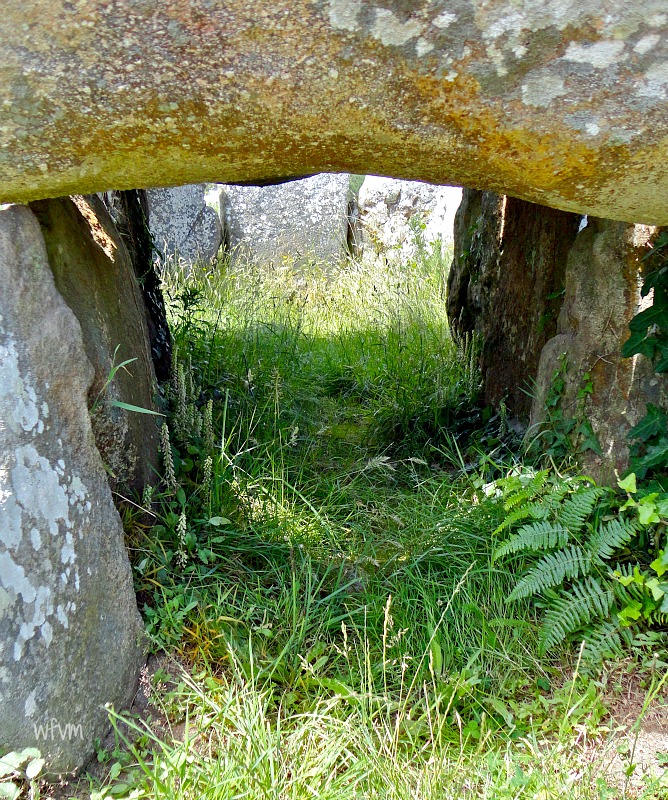 The stones at Carnac were surveyed comprehensively by Prof Alexander Thom, assisted by his son Archie Thom from 1970 to 1974. Their extensive survey produced a series of papers on the astronomical alignments of the stones as well as statistical analysis supporting Prof. Thom's concept of the megalithic yard.  H was a colleague of Archie's at Glasgow University when they were both lecturers, and he heard many tales regarding their work on archaeological sites both in France, Scotland and England.
Posted by Rosemary at 08:44