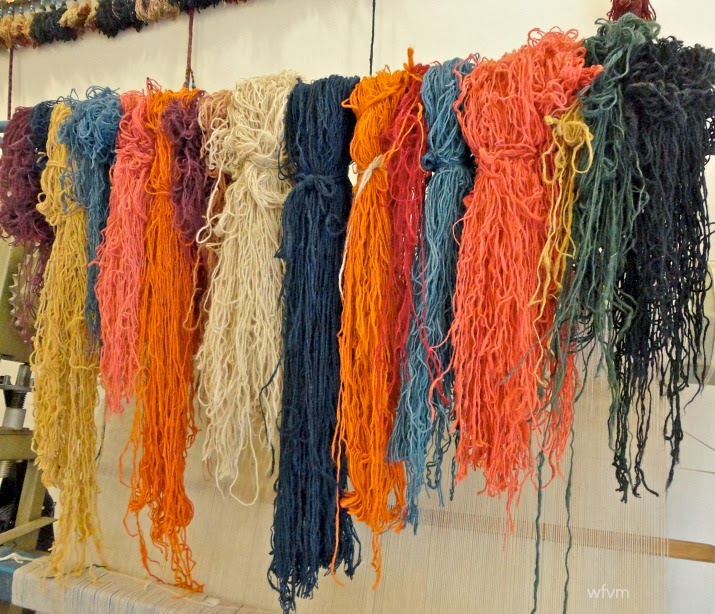 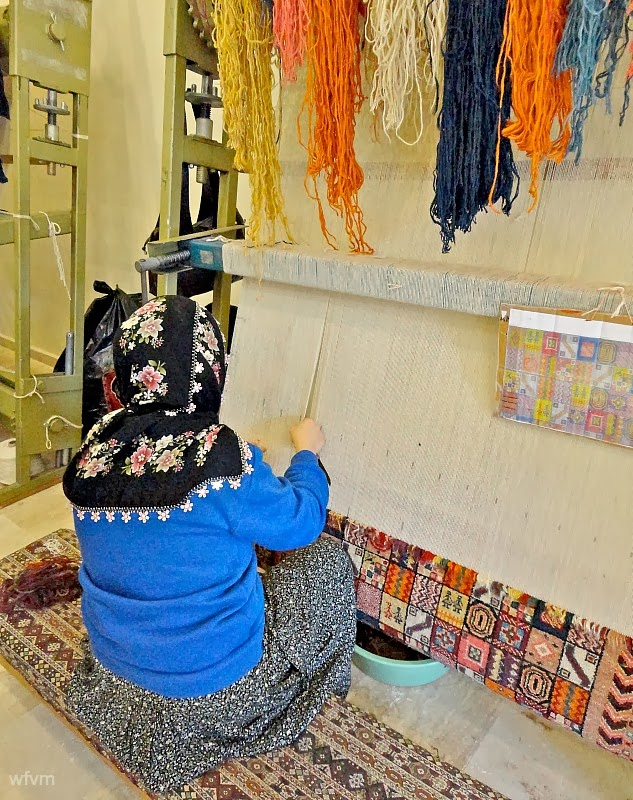 Turkey is known around the world for it's naturally dyed, hand knotted carpets. They also make the most exquisite rugs from pure silk. 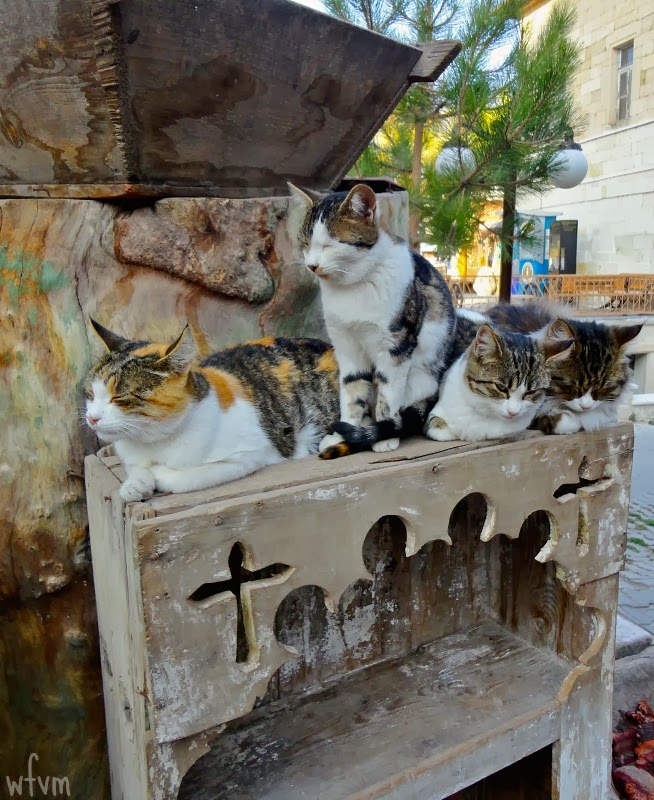 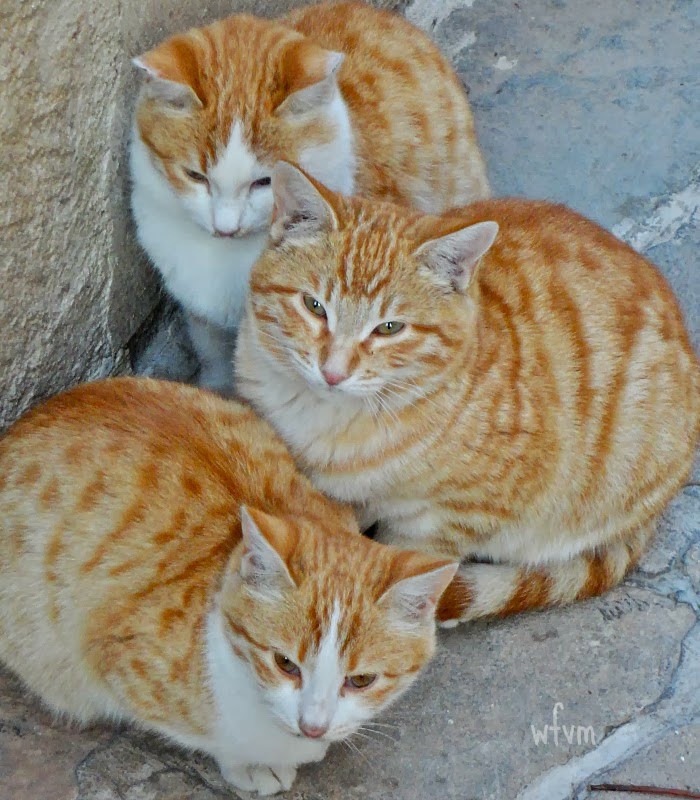 On the whole UK cats tend to be territorial, solitary animals. In Turkey they all huddle up together, play, sleep and wash each other in groups. That is because mostly they are not pets but are looked after by everyone. I saw a man with a tray of food and as soon as he appeared about 50 cats quickly surrounded him from under bushes, up trees, and behind buildings. It is the same with dogs, which often wander around in pairs. They are all rounded up from time to time, taken to the vets for their various vaccinations and checks then released. 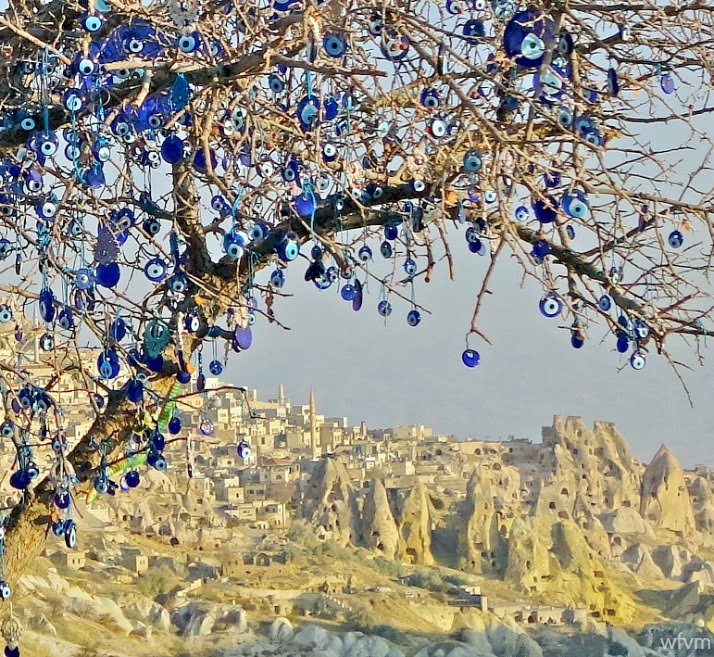 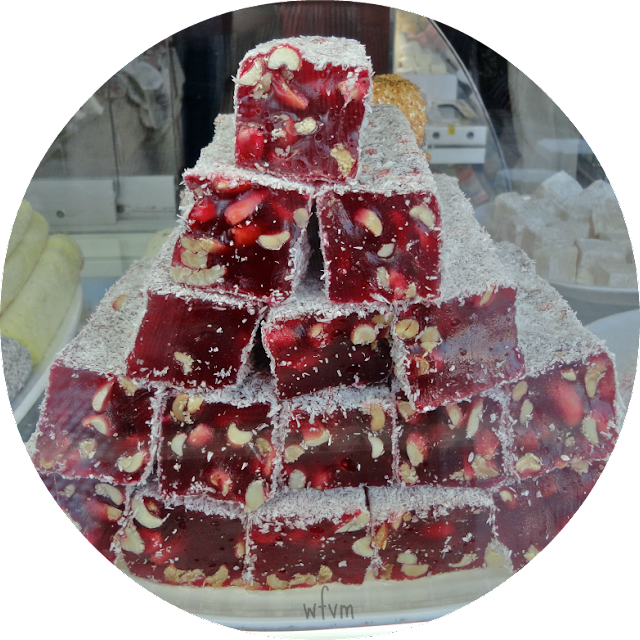 The Turkish Delight bears no resemblance to that in the UK. It is slightly chewy, not so sweet, and made in lots of wonderful flavours, often including various types of nut. The above is a pomegranate flavour with hazelnuts and then dusted with coconut. 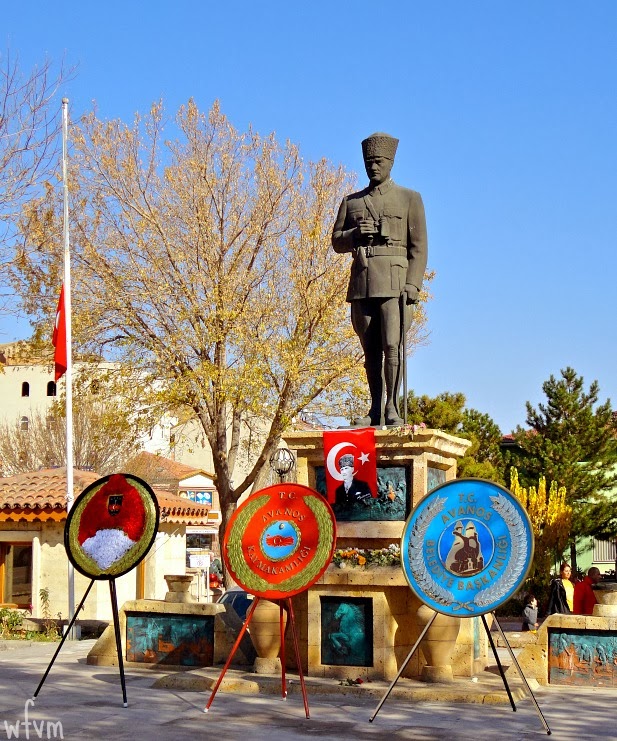 Before breakfast one day we heard a loud siren - it was 75 years following the death of Atatürk, the highly respected founder of modern Turkey. 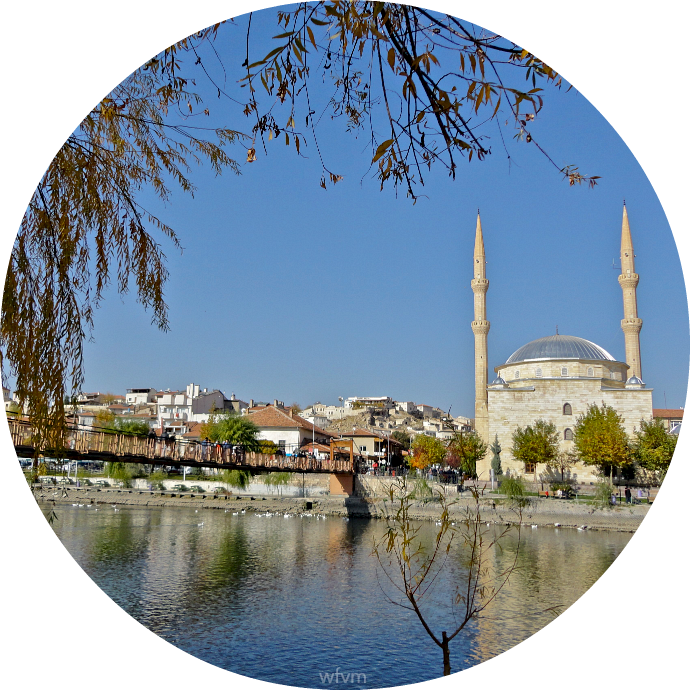 Sunday morning in Avanos, a town famed for both carpets and pottery 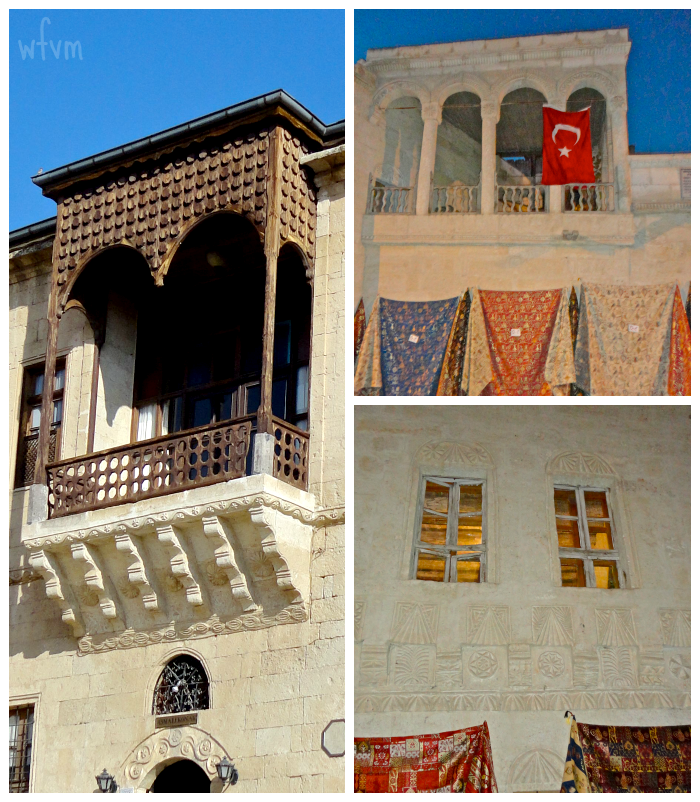 The Greeks were successful traders, merchants, and artisans in Turkey even before the Romans and had a huge influence on the development of the country. You can recognise the Greek Patrician houses by their arches and carved stonework. 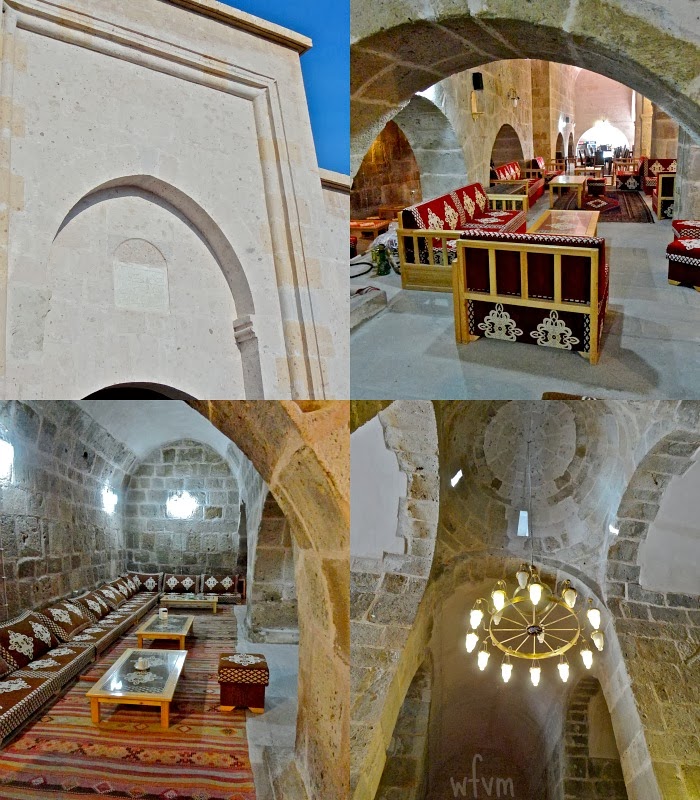 A "caravanserai" - a medieval hostelry guaranteeing a safe night's rest for both merchants and beasts. These were built every 30 kilometres along the Silk Road in Turkey which represented a days ride.
Very early in the morning on most days hot air balloons take to the air in the valleys of Cappadocia. This video can be made full screen. 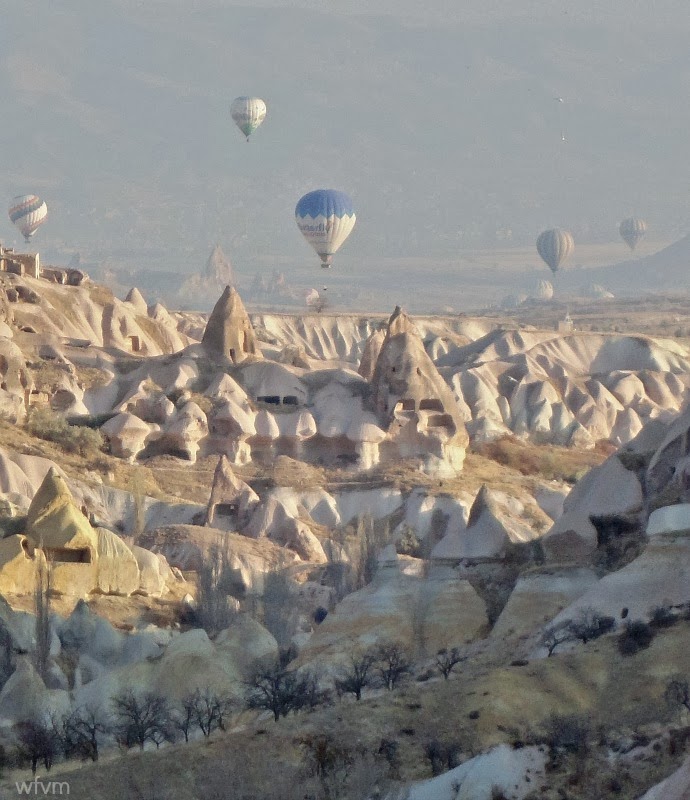 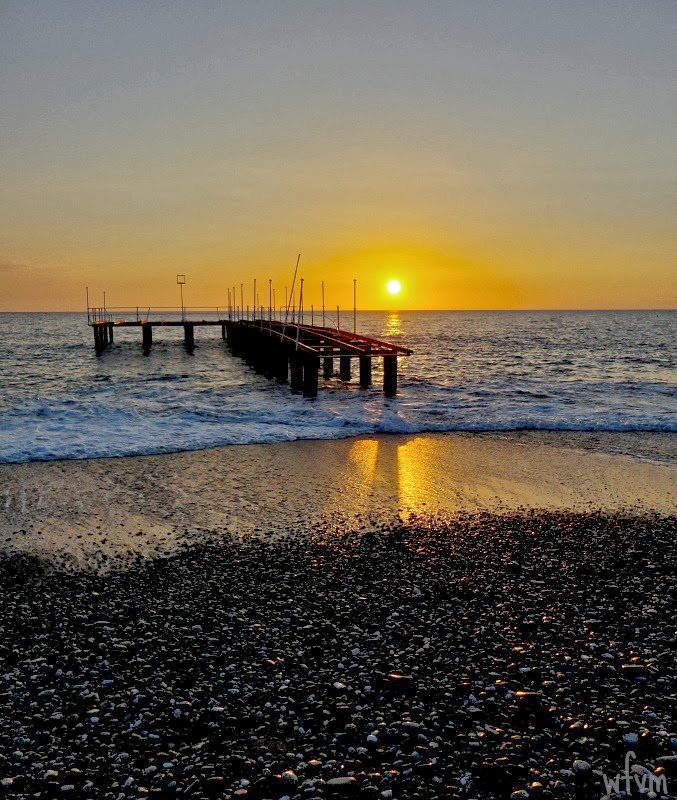 A farewell sunset over the Mediterranean sea
Posted by Rosemary at 10:27