It is not too late to make Rowan Jelly for Christmas. H picked a kilo of berries about three weeks ago. A couple of days later and a large flock of migrating Fieldfares returning from Scandinavia stripped both our trees bare. However, I have noticed that other people still have plenty of berries on their trees. 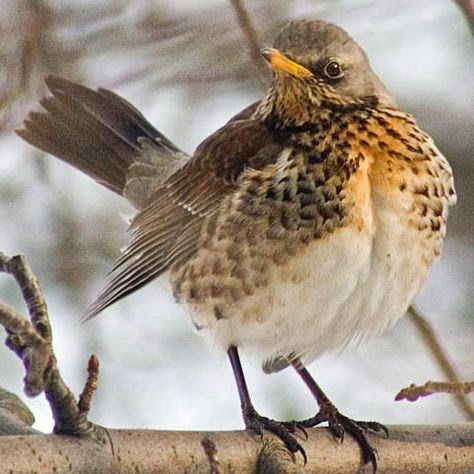 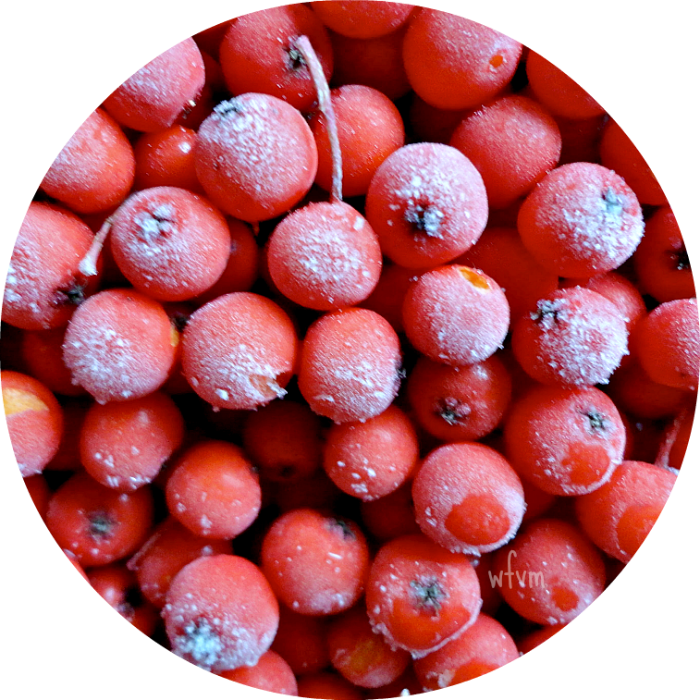 Rowan berries should be frosted before use because they contain parasorbic acid which is neutralised by frost and cooking. We had no frost so I placed mine in the freezer for a few days.
Cook equal quantities of berries and apples just covered in water. Do not remove the peel or the cores of the apples as this helps with the pectin. I also placed a couple of sprigs of Rosemary in the pan. Bring to the boil and allow to simmer for 15 mins until it is a mush.
Place it in muslin or a fine cloth to strain and drip. Do not be tempted to squeeze the straining fruit as it will turn the jelly cloudy.

Measure the strained liquid and add sugar - e.g one pint of liquid add 600 grams sugar. The jelly has a slightly bitter flavour, taste it to see if you need to add more sugar. Bring to the boil and keep a rolling heat for 10 more minutes. Allow to cool a little and then place in sterilised jars. It has made a really firm jelly. 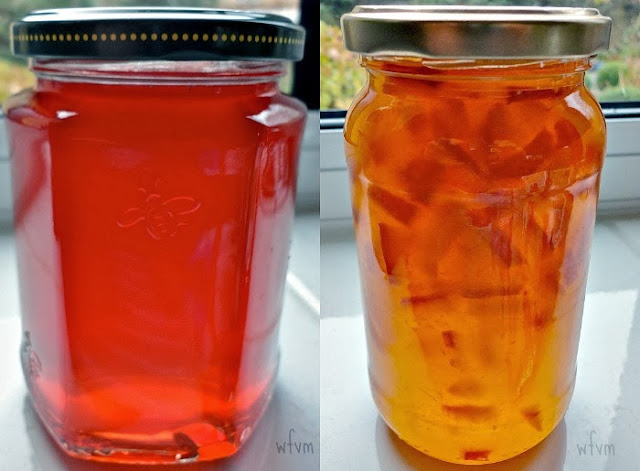 We were both feeling industrious - whilst I made Rowan Jelly, H made marmalade.
The jelly can be served with roast meats and game. Apparently it is also good smeared over corn on the cob, goes well with cheese especially Wensleydale, and can be added to gravy rather like a redcurrant jelly.
Posted by Rosemary at 09:12