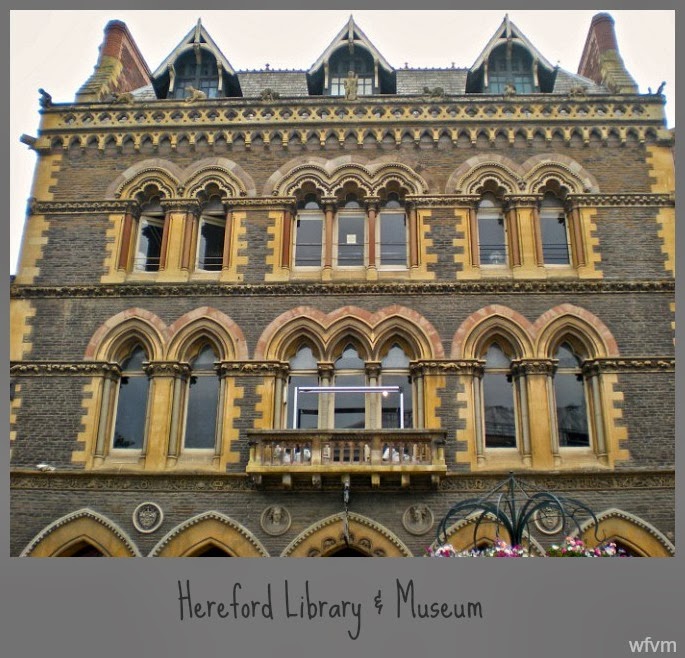 A small group of us were invited to Hereford to visit hidden corners of the Cathedral in and around the private cloisters not generally open to the public. A further invitation was extended to visit the first floor of Hereford Library to see the private Woolhope Library belonging to the Woolhope Naturalists Field Club founded in 1851. The society is named after the Woolhope Dome, an outcrop of Silurian rocks a few miles outside Hereford. Sir James Rankin, a wealthy member of the club, offered to pay for Hereford's Public Library and Museum, and that is the reason why the club has its own room within the building. The frontage of the building is decorated with stone carvings showing fauna and flora reflecting James Rankin's interests.
The Woolhope library has floor to ceiling shelves full of beautiful old leather bound books on many subjects including archaeology, geology, and natural history alongside a number of early manuscripts. 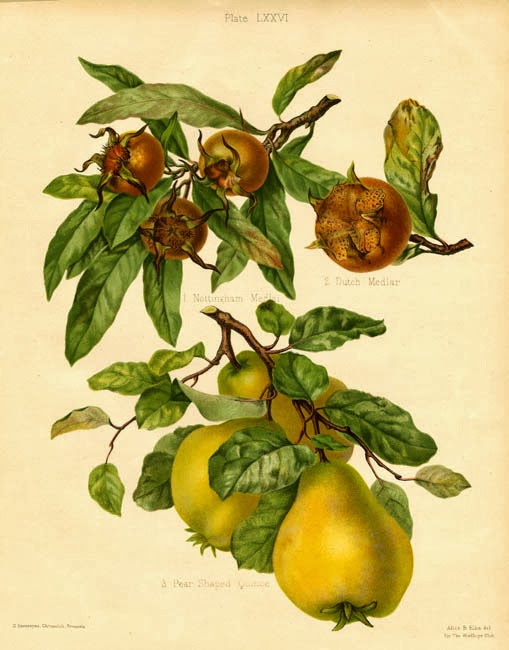 via
Medlars and pears

Since Herefordshire was and is renowned for its cider and perry, an early project undertaken by the club was to document and conserve local apple and pear cultivars. To this end, the club held annual exhibitions of fruit from Herefordshire orchards, inviting leading pomologists to help identify them. These fruits were painted over a period of 10 years during the 1880s by Alice Blanche Ellis, who was a gold medal winner from the Bloomsbury School of Art, and Edith Elizabeth Bull. 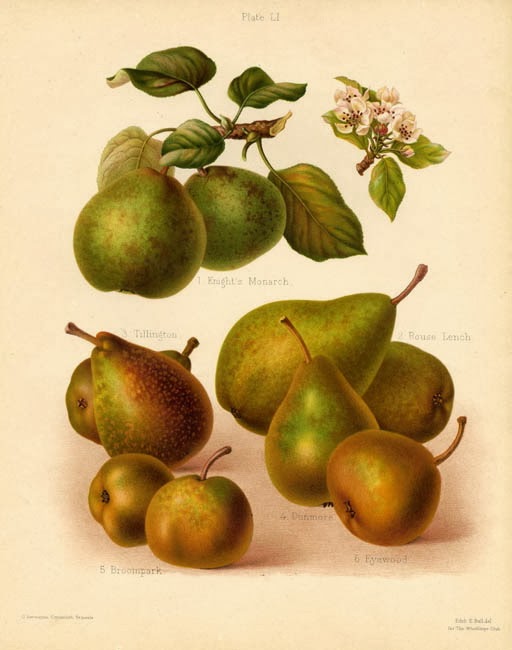 via
Several varieties of pear

They were published in a series of books known as the Herefordshire Pomona - copies of which were on display for us to look at. The books show over 400 paintings which have been reproduced as hand-coloured lithographs. Limited editions of the catalogues were produced and they now make very large sums of money whenever they come up for sale.

Pears in the Herefordshire Pomona
Whilst in the room my attention was drawn to a large black cast iron fireplace with beautiful monochrome tiles. I know nothing about the tiles, or who designed them. They were obviously made towards the end of the 19th century in the Art Nouveau style. This is pure conjecture on my part but I do wonder whether the tiles were painted by Edith Elizabeth Bull (one of the women painters of the Pomona). To my eye they carry the hallmarks of a woman's hand, and her links to Woolhope Club were particularly strong being the daughter of the Clubs President. This is just a very small selection of the tiles - they are suggestive of feminist ideals that spread amongst the educated female middle classes at that period which also happened to coincide with the women's suffragette movement. 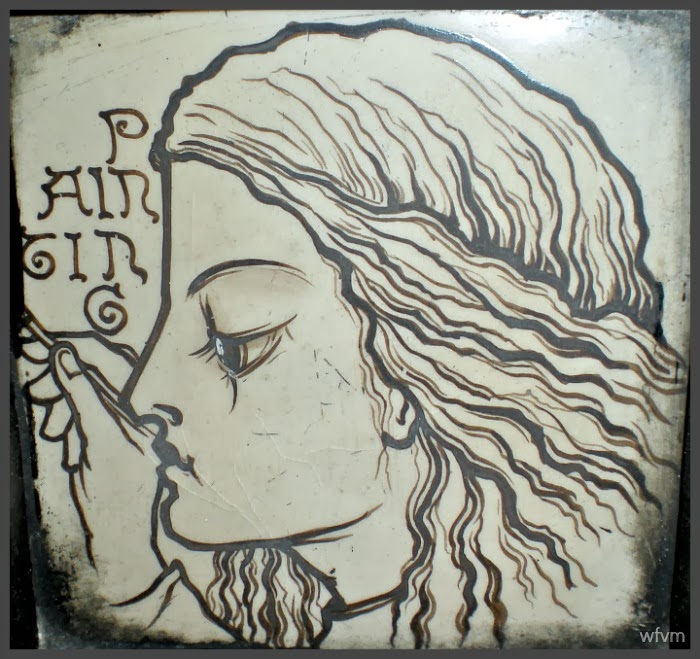 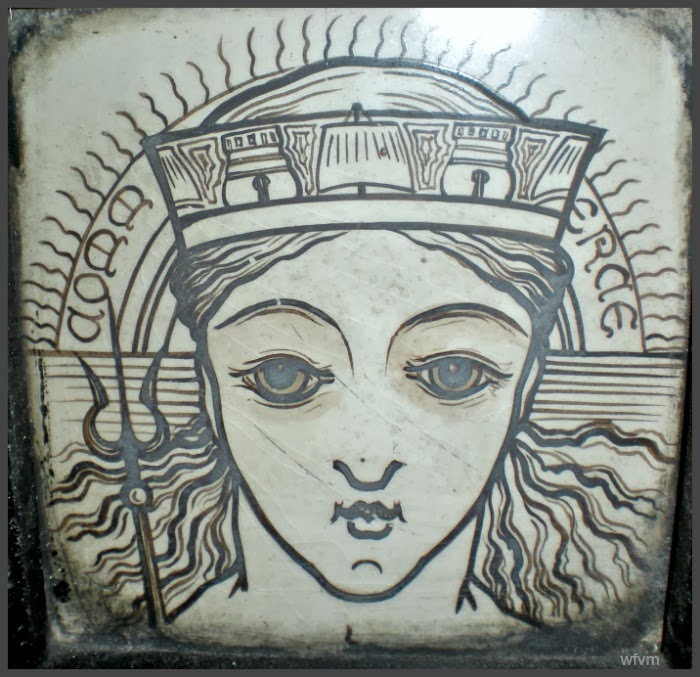 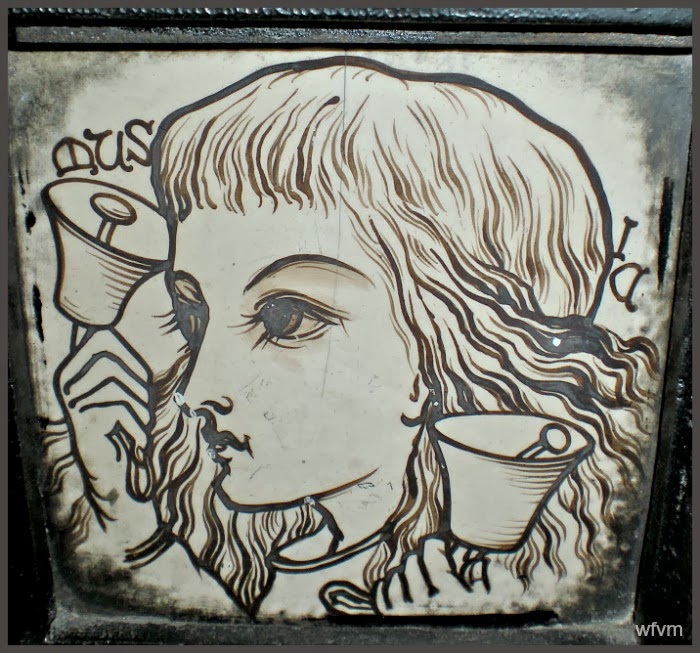 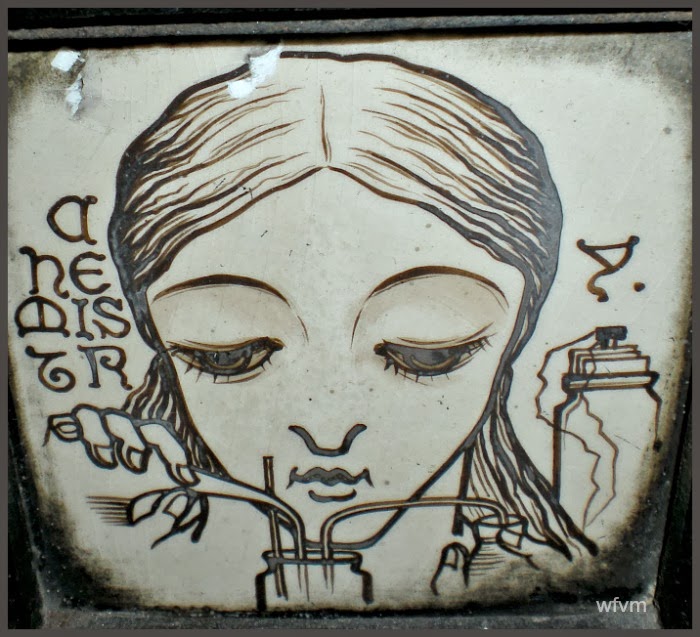 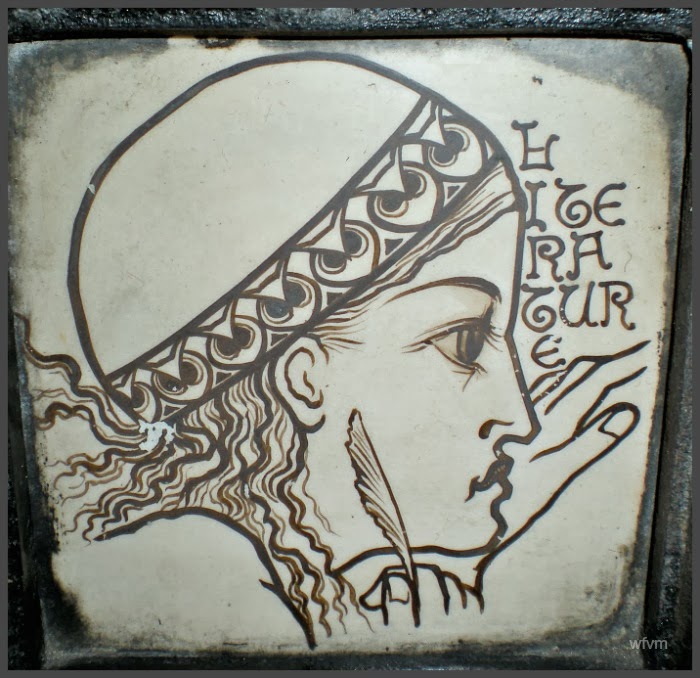 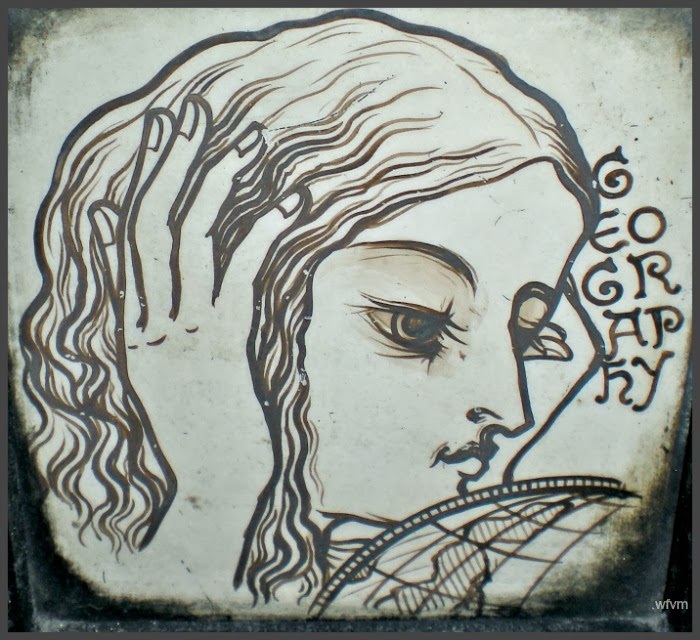 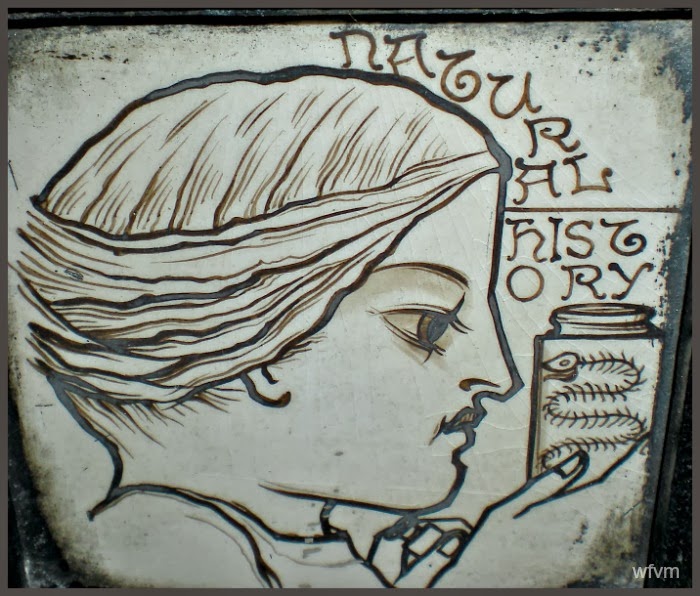 No time to visit Hereford Cathedral's Mappa Mundi (World Map) created in the late 13th century, nor the famous Chained Library. The 16th century Chained Library is the largest of its kind in existence. In the Middle Ages books were so rare and valuable that they were often chained for safe keeping. In 1217 Henry lll revised the Magna Carta. There are only four copies now known to exist, and one of them is housed in the cathedral library. There is also a very precious 8th century illuminated manuscript known as the Hereford Gospels, but all these must wait for another visit. 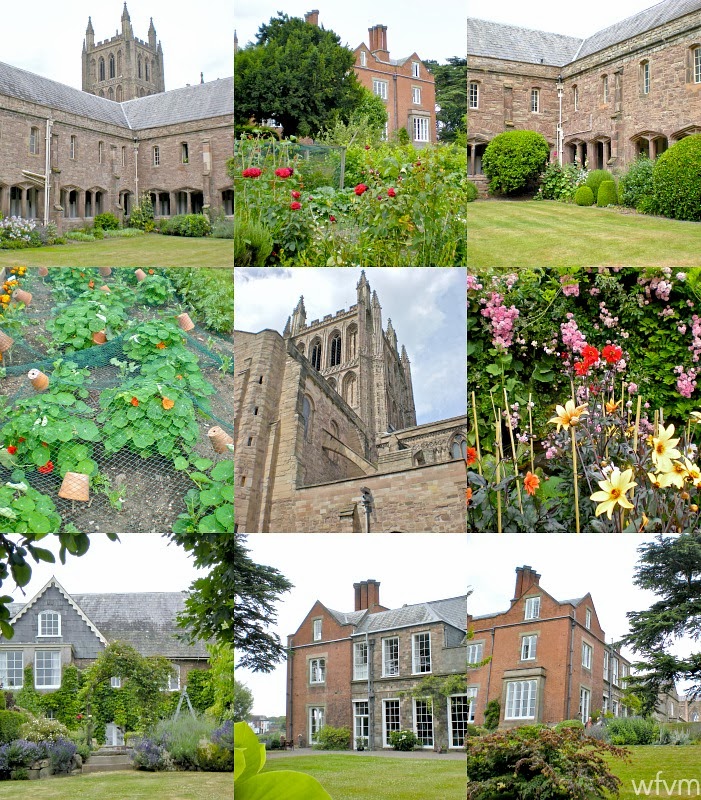 Hereford Cathedral cloisters, gardens, and houses used by the Bishop, Dean, and clergy

The name Pomona refers to the Roman goddess of fruit trees, gardens, and orchards.
Posted by Rosemary at 10:30